Another post for my “ask me anything” tag because this is a very FAQ about India. Everyone wants to know how much India is going to cost them and if I can break that cost down into categories for a backpacking India budget and daily India budget.

For 6 months in India, traveling as a broke-ass backpacker I think you’ll need about 3,300 USD (not counting your round trip flight, travel insurance, and visas). You can work hard and do it for less and you could easily slip up and do it for a hell of a lot more as well.

It’s easily doable knowing that some days will be a lot less and some days may be more. It will average out. I actually did it on only 1,000 rupees (16 USD) per day easily, but I hate to give people too high of hopes for cheap travel in India- I might have just gotten lucky.

Before coming to India do not forget these two very important things:

Budget for food in India 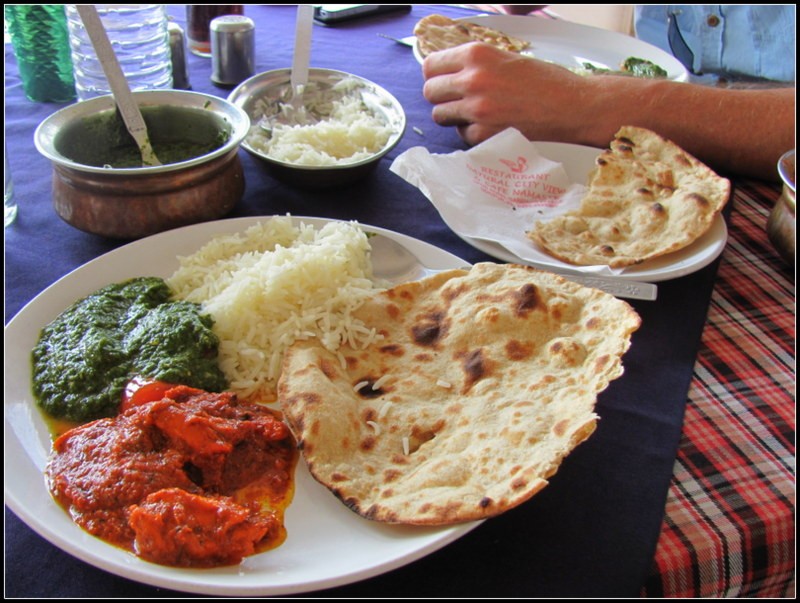 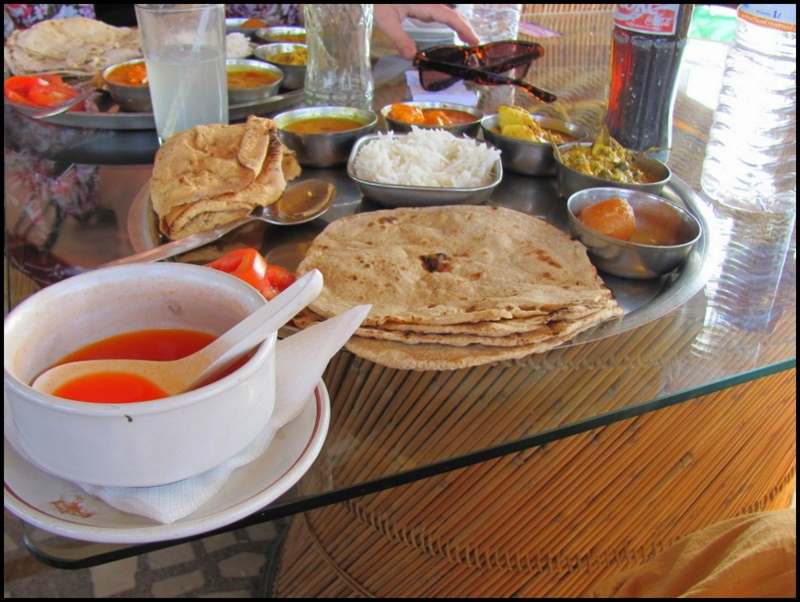 If you want to stay on budget, try to eat Indian veg options. You can eat a meal for about 100 rupees on average easily ordering either a thali or a rice and veg curry with roti. If you start ordered 2 cheese naans and a coke at every meal, you’re doubling your food budget. If you start ordering crappy “American” pizzas and “chicken burgers” you’re tripling it. You’re going to be disappointed with western food from backpacker places for the most part outside Goa, so it’s best to stick with Indian or Indianized Chinese anyways.

Want to go even cheaper? Stick to street food, although mostly deep-fried and unhealthy you can get a couple samosas or a handful of momos for 10-20 rupees, or a chai for 5 rupees. 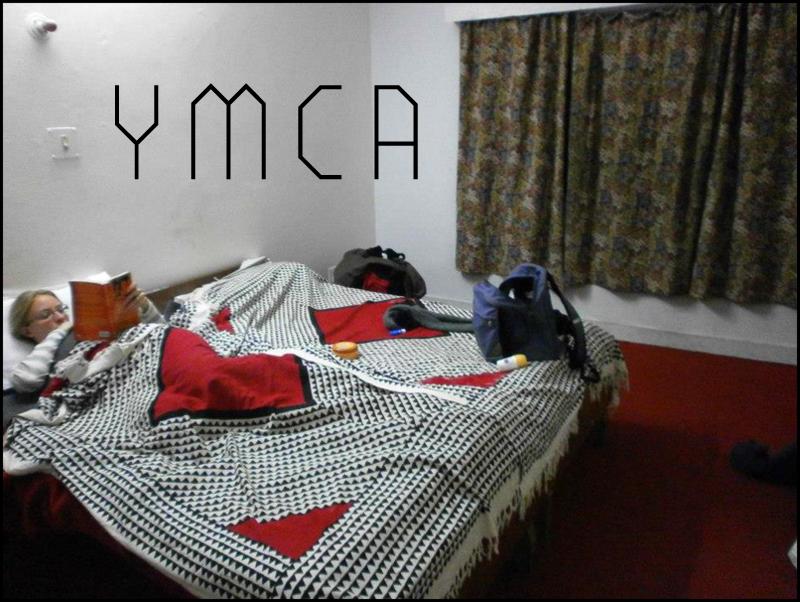 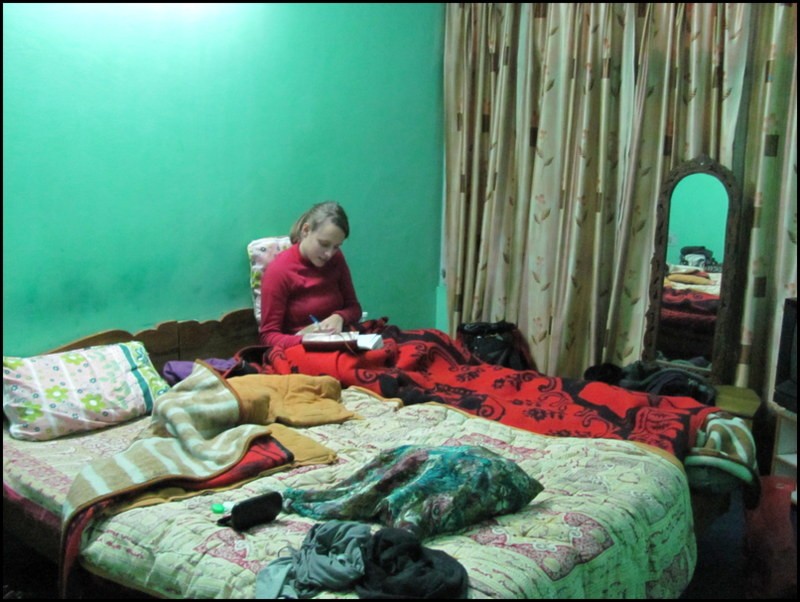 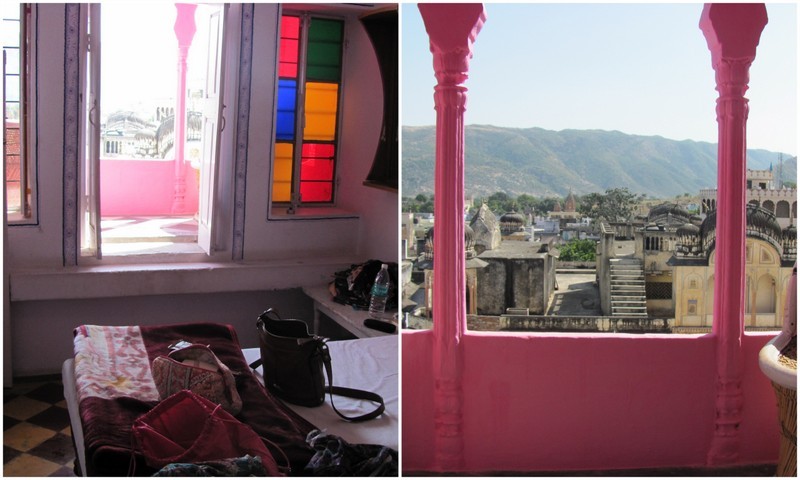 I don’t think I ever spent more than 500 rupees per night on a room- except the 700 I spent (and split with a friend) while I was sick in Varanasi. This was over 3 years ago so prices could have changed… I know I’VE changed lol and couldn’t stay in these rooms anymore ;)

I got rooms for 50 rupees a day (dorm, which is rare), up to 500 (but only when I had a travel partner to split with). When I was alone I didn’t spend more than 300 per room. Sometimes I had someone to split that with, making it 150! These are basic rooms (150-300): bed, bucket shower, cold water, charging outlets, maybe a bottle of water, and a fan. The rooms that are nicer (400-700) will have hot water, A/C most likely, and possibly a softer bed. In the cold months, don’t expect a heater unless you pay extra. If you want to pay 1,000+ really the only thing you’ll get extra is a tv which won’t have English channels.

You should call ahead and negotiate on the phone. I used to say don’t book online but I am updating this now as I feel like things in India have started to change and evolve a bit. You can just show up in person still and many do, but I tend to book online now.

For booking online, I recommend Agoda. I used to stick with Indian booking sites, but Agoda is really killing it lately with the deals. All the Indian hostels are on Agoda as well and because it’s not an Indian website you won’t have issues with your cards not working at checkout & customer service can be better.

You will get these rates at backpacker guesthouses like the ones listed in Lonely Planet by showing up, but don’t expect it as easily in Goa. In Bombay there is a YMCA you can stay at for 50 rupees. Look for places like that in the city to save money. Basically anything that’s 50 rupees or a dorm is going to be roughing it, like really ROUGH.

Check out this post for the best budget hostel chains in India. 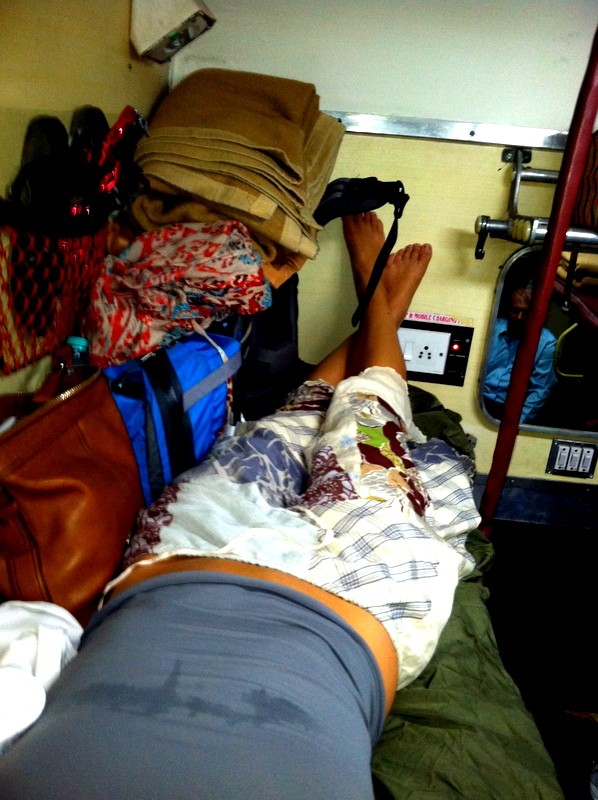 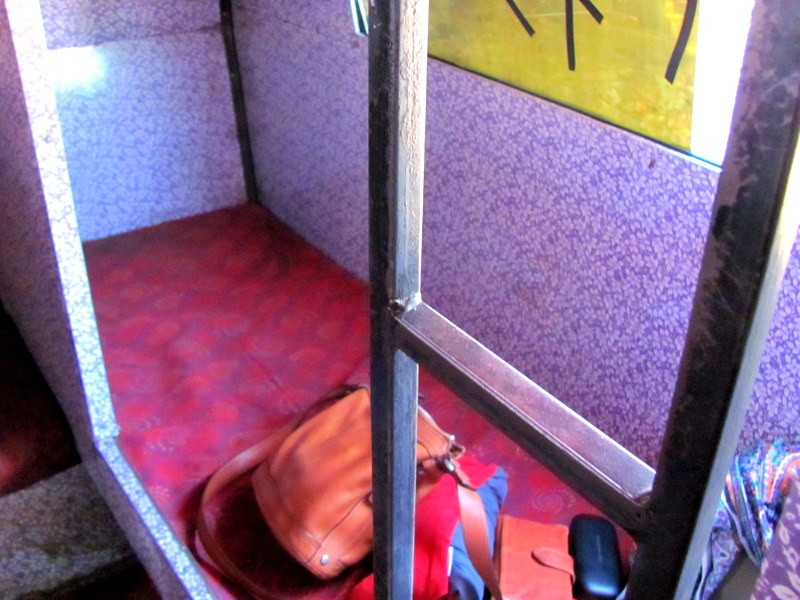 Your highest cost while in India will be transportation… petrol is expensive everywhere. Ways to save are:

Weekly transport counting all small trips: no more than 3,000 for sure. Probably only 1,500 if you take only 2 big journeys. 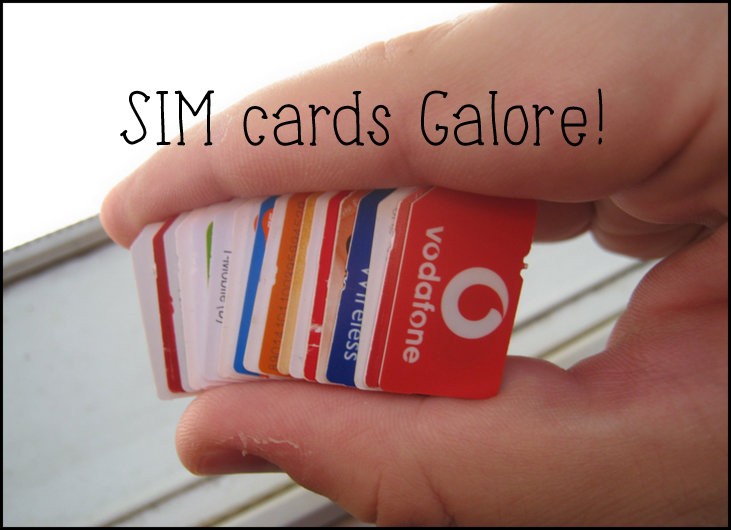 It’s always going to benefit you to eat somewhere that offers Wi-FI and use your own smart phone. Paying 20 rupees for a soda to use the Wi-Fi is a better deal than 20 rupees per 20 minutes at a crappy internet café.  The internet shops have a high rate in backpack areas so avoid them. Even if you find a guesthouse with “free Wi-Fi” its been added in your nightly rate anyways. Nothing is free!

Bring a crappy smart phone (look on craigslist or used electronic stores) and buy a SIM at the very beginning of your trip. Use it for domestic calls to check hotel prices or call a friend you met in India. This way, 500 rupees will last you two weeks or more if you’re not roaming. Read my article on SIM cards and phone suggestions here.

Internet and phone average: 20 rupees per day if you don’t spend time online except to making bookings

If you are online a lot and don’t have a phone which is unlocked for Indian SIM’s then consider Trabug. It’s a phone ready to go that is delivered to your hotel in India. If you have to buy an unlocked phone anyway, this will come out cheaper (and way easier).

Avoid if you can. Yes, they can be cheap and you could get lucky (once I flew Bombay to Goa off-season for 2,000 rupees, but this is rare). The best thing to do is make your route easily done by train so you don’t get stuck flying. In Peak season a flight from one side of the country to the other (let’s say Delhi to Goa) will cost about 10,000 rupees. It’s only a couple hundred USD, but it’s over a week’s budget.

Domestic flights average: shoot for zero! If you do need one, use Kiwi. 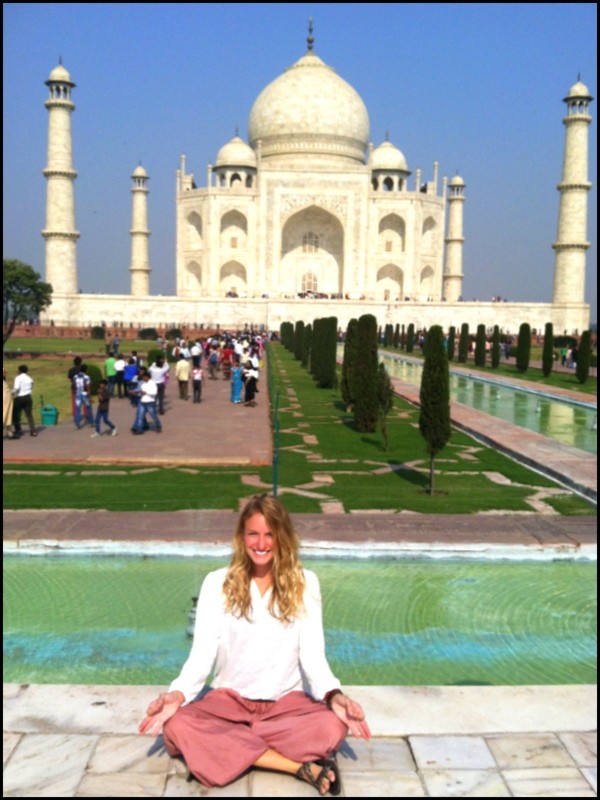 Most things like temples are free. The Taj Mahal is the most expensive place you’ll go at 750 rupees. If you’re here six months you won’t be seeing attractions every day. You might go two weeks without having to pay for one at all. If you’re going to visit the National Parks and do a safari these are also expensive. If you average this all out I’d say:

The final cost of your backpacking India daily budget

When I add all this up it comes to under 1,000 rupees per day. I tell you 1,200 because when making a budget it’s good to have some wiggle room.

That leaves you 200 rupees extra a day or 1,400 rupees extra a week to splurge on something like a camel safari or boat ride on the Ganges. Plus, you’re going to want to SHOP and get those 500 rupee massages. 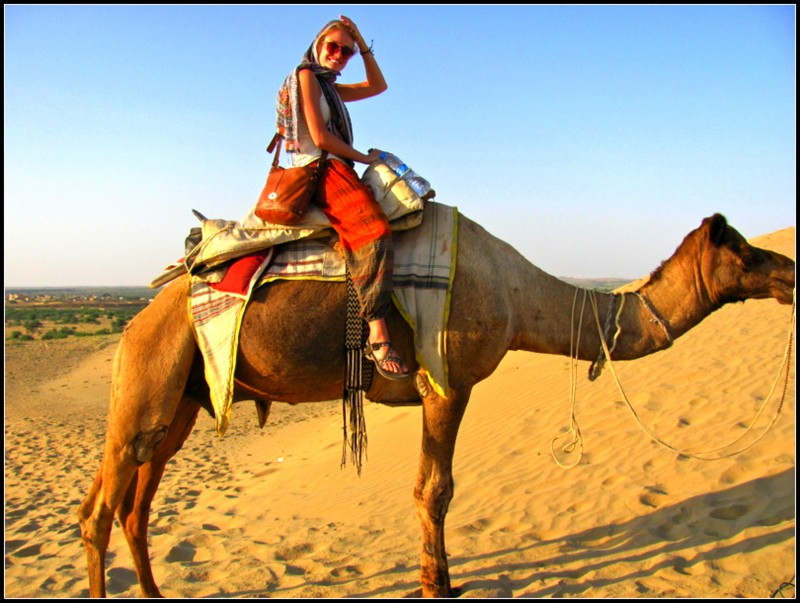 Everything in India is negotiable- fruits, veg, clothing, hotel rates, taxi… don’t be afraid to barter. When the rate is listed at a hotel, it doesn’t mean it’s fixed price. It’s the culture to negotiate and you should not feel bad about it. If they don’t give you a price you like, walk away and you’ll find it elsewhere or they’ll call you back and agree. 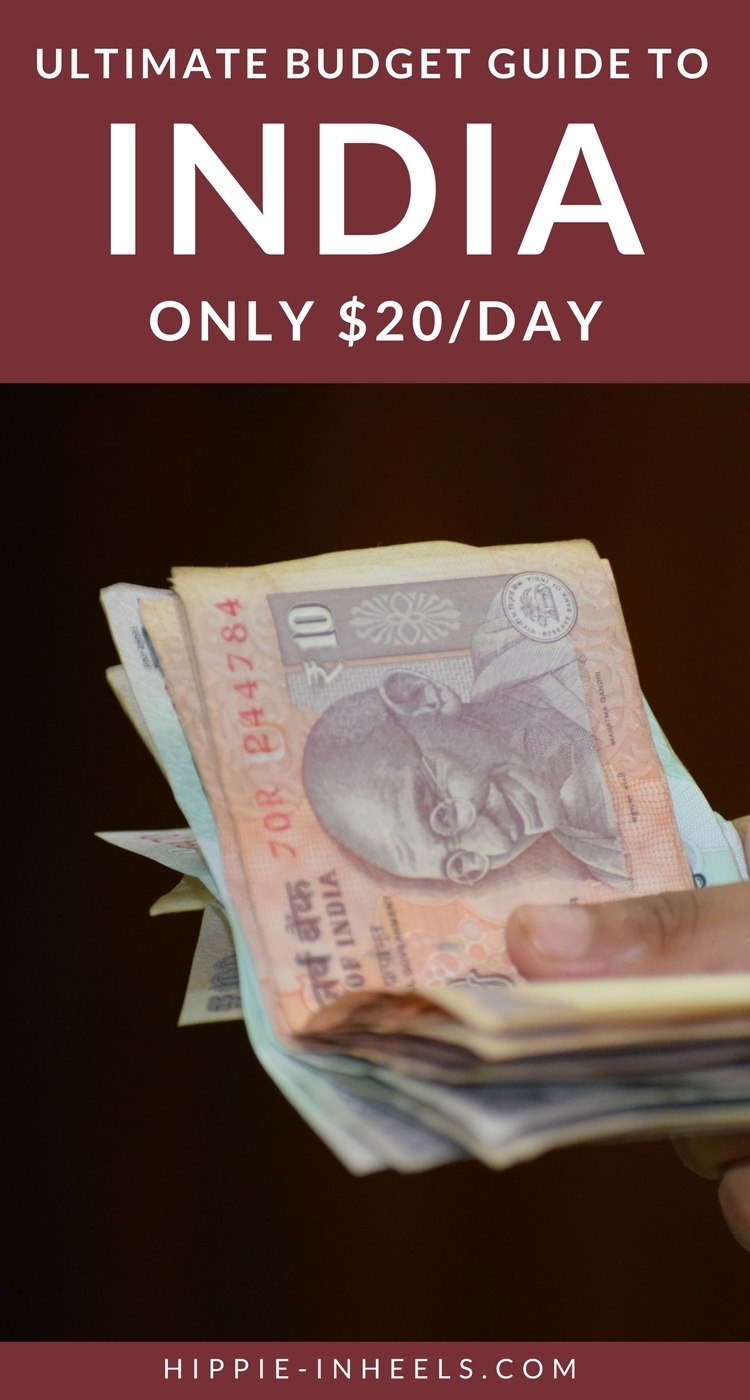