Getting my Western Fix in Bangalore, India

Bangalore is a very modern Indian city. It’s my favorite of the ones I’ve been to. I found it less chaotic and less crowded. The “green city” really is stunning, although our taxi driver told us they are cutting down a lot of the trees to build a metro. If you want to chill out in Bangalore, do some shopping, and eat good grub, read on!

1. The airport is 40 km from the city; plan the hotel you book accordingly.

2. Unlike most airports in India, the government-approved taxis are outside. Don’t use the pre-paid booths inside. Brands like Meru and Mega will be waiting for you when you exit! As always, they will use their meters.

3. It rains hard from May and tapers off later in the year, only raining in the evenings through November. The weather is known throughout India as being a perfect climate, but our first night at the NH7 festival was like a Goan Monsoon!

4. With the ideal weather, it’s very green. One of it’s many nicknames is the Garden City of India, because of the combination of great weather, green trees, broad clean streets, and lush public parks.

Parliament was too small, so they build a replica next door

5. Maybe because of the impact of westerners living here, Bangalore is known for it’s Pub scene (lots of microbreweries popping up) and for it’s underground rock/alternative music, a sub-genre called “Bangalore Rock”

6. In 2012 when Lonely Planet gave their top ten cities in the world to visit, the awarded Bangalore third place. I can see why!

7. They are mostly Hindu and quite strict. The cops wearing cute cowboy hats shut down everything between 10 and 11 (even the music festival we went to ended at 10).

UPDATE: The curfew has been increased since this article was written to 2 AM according to locals, but I can’t find an online source to support this.

8. There are multiple malls in Bangalore. I hit up the two main ones. First, a little outside of town, was Phoenix Market City, the same as in Bombay. They had all my favorites like Zara and Aldo. Second, we went in town to UB City, Indias first Luxury mall, owned by Vijay Mallya. Vijay is the owner of Kingfisher, and is from Bangalore. This mall wasn’t practical for me at all, but was gorgeous and fun to look around. 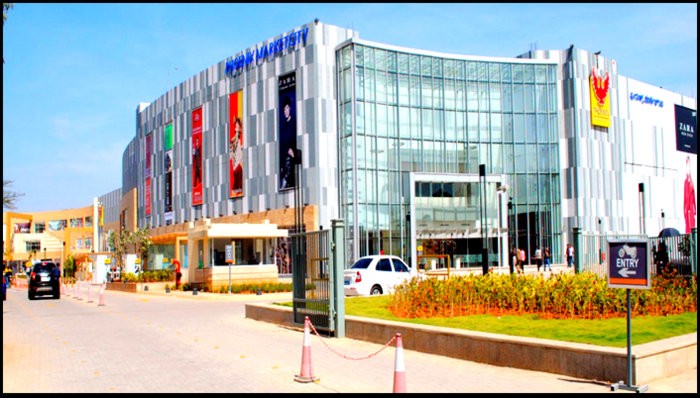 Phoenix city mall above, and Mallya’s below. 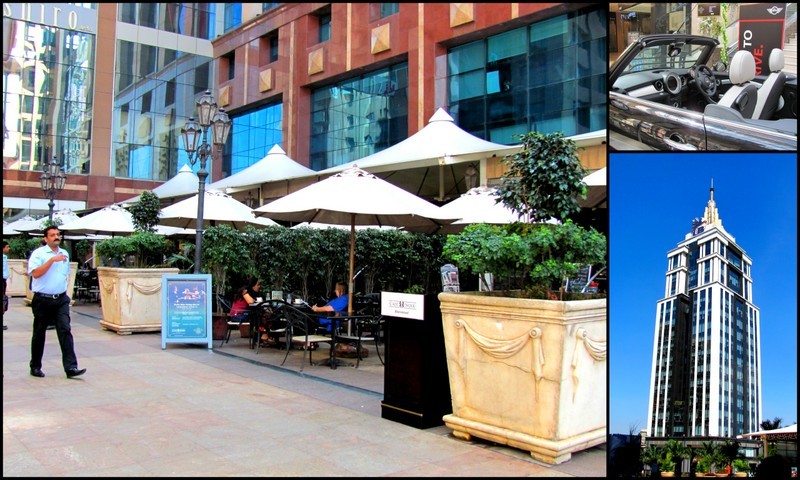 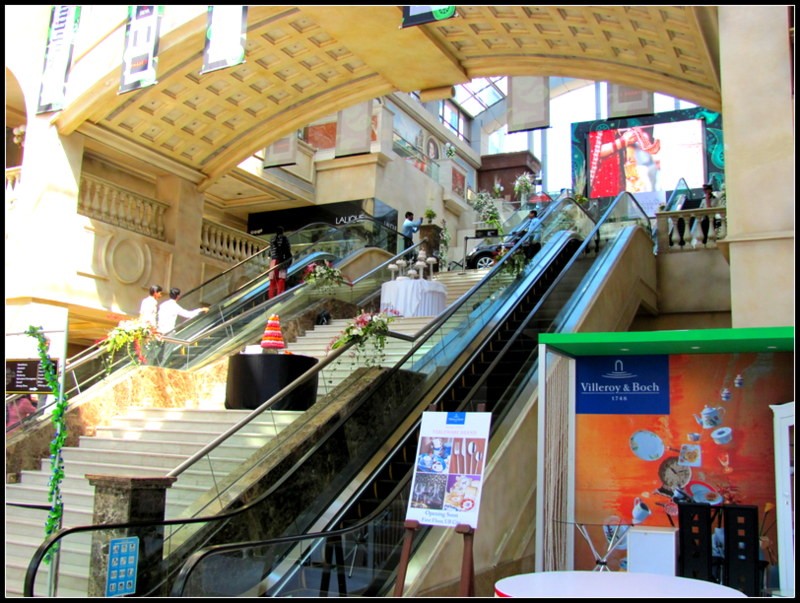 9. For street shopping, head to MG (Mahatma Gandhi) Street to get Cashmere shawls, quilts, international food, or DVD’s. Really anything you want, you can find here. It’s the main shopping road in Bangalore. Around the city center, rickshaws probably won’t cost you more than 40 rs but most won’t use a meter. 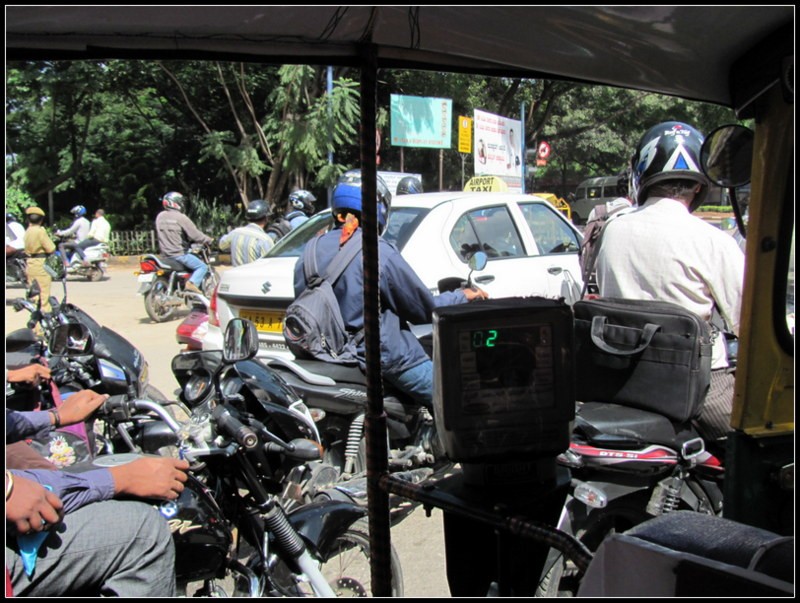 No matter how great the city is, Indian traffic never goes away.

10. The best of the tips… FOOD. Where should you eat? It’s complicated because as a westerner I was excited to see all my American fixes: TGIF, Chili’s, Hard Rock Café, KFC, Mcdonalds, and Subway. But at the same time, Bangalore has great South Indian food and amazing café’s and delis. We compromised. We got Southern Indian (I tried my first dosa), ate wings and quesadillas at Chili’s (FYI the menu is all buffaloe meat, not beef), and we ate at the cutest little deli, SmokeHouse Deli, near our hotel. SHD had yummy sandwiches, steak, homemade soups and salads, pork chops… seriously it was good. But don’t get the steak and cheese sandwich unless you’re obsessed with Dijon mustard, because it’s drenched in it. Ok. I’ll admit we had a snack at KFC too. What of it? 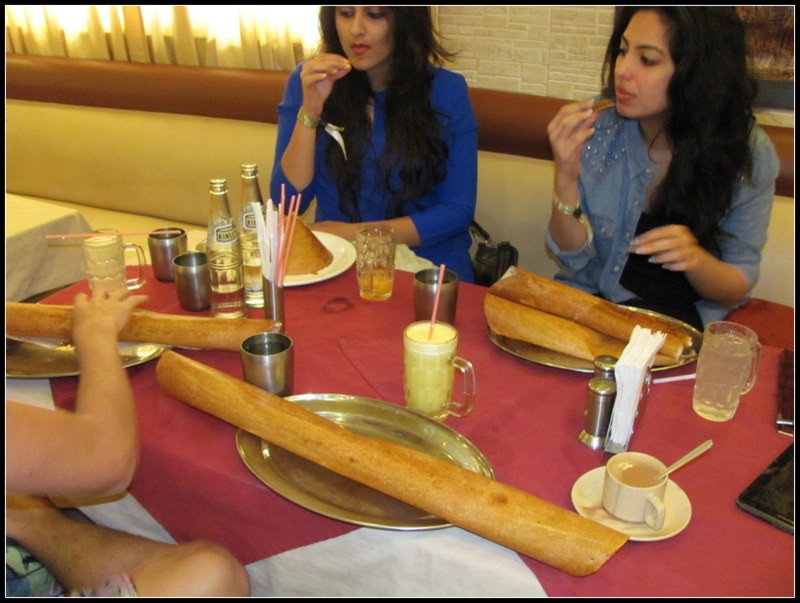 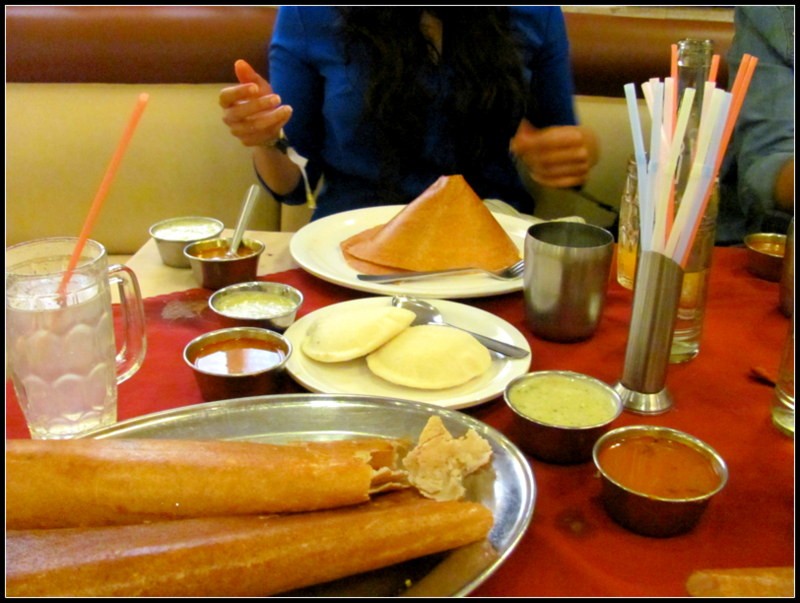 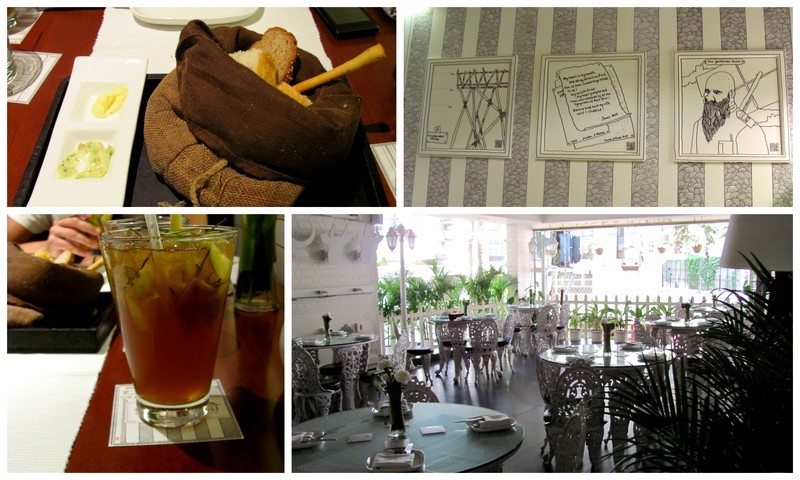 I didn’t have a lot of time to sightsee. Next time I go I promise to see more attractions so I can give you more tips. Bangalore had so much that reminded me of just being at home, that I could actually picture living there… until I got back to Goa, home sweet home!

If you live in Bangalore or will be there for an extended amount of time, check out this awesome post from fellow blogger Finding the Freedom, 13 places to visit from Bangalore. Day trips from Bangalore are great and I’ve done many myself. 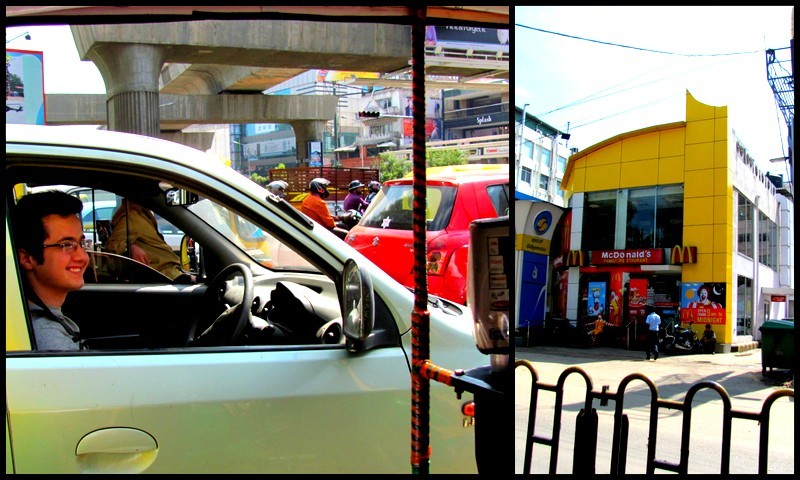 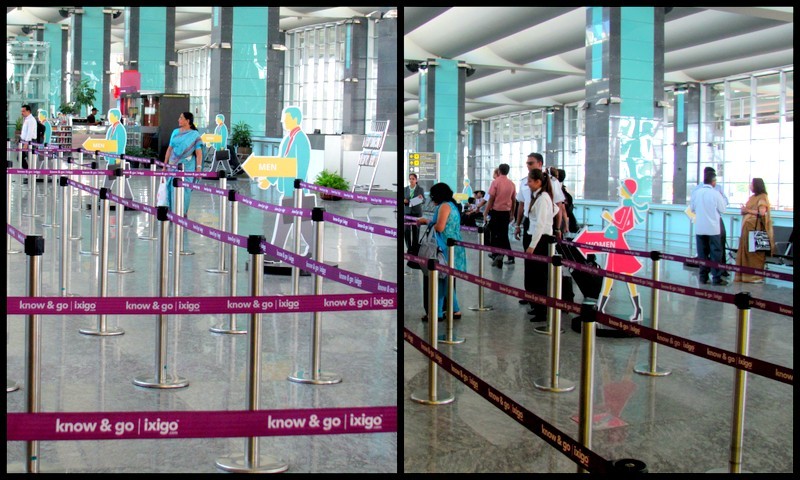 Although a western city, the airports in India are all the same. Women get one line, men get a million

Have you been to Bangalore? Is there anything I need to check out next time I go?