What is my “cannot travel without”? I get asked in interview, and although I need my Clinique moisture surge lotion, passport, and more obvious things like a camera… when it comes to clothes it’s

Mine was 14 dollars from H&M and I already regret not buying a backup because I wear it so often. It is amazing what a plain cotton tank top dress can do for your body! It’s the one thing you must pack. I also love this ASOS one with sleeves.

It can be dressed down to look like the ultimate “not trying” outfit. It’s cotton and plain, so it obviously took two seconds to get ready. When I’m going for this style, I leave my hair down and unbrushed & I add an accessory like my feather armband or headband. Put on flip flops and lipgloss and you’re ready to chug buckets on Koh Phi Phi. 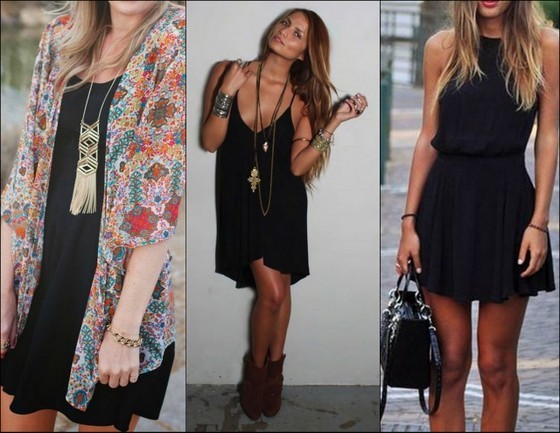 When I’m backpacking and end up needing to dress it up a bit, I wear the same dress with gladiator sandals (or heels if I was on a short trip and brought them). I wear my hair slicked back in a bun (sock bun, low messy pony, or twisty knot, and put on a little bit of all the make up I’ve brought, especially light pink lipstick. Add your favorite necklace from your travels (I never bring jewelry and buy loads while I travel) and you’re good to go for a night out clubbing or a fancy dinner. 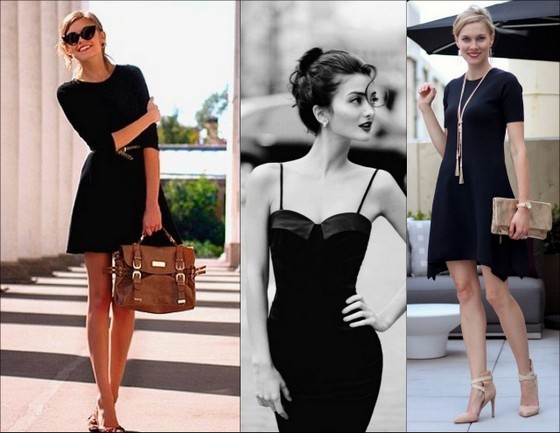 Whether I dress up or down, I have a few kimonos that work with it. I always take my crochet fringe kimono from ASOS for a low-key night and when I go to a club or nice bar, I wear a black chiffon kimono that has red flowers on it paired with red lipstick- it’s also and ASOS purchase.

I have other staples, but for long-term travel I’ve found this to be my most worn and versatile piece of clothing. I actually fold it down as a skirt, wear a crop top, and tie a little linen button-up shirt around my waste which is my favorite look right now and also when traveling it hides the dress being folded down.

A Note on Dresses in India

Sadly, in India I can only wear a short dress like this in Goa or on nights out in the bigger (more modern) cities. I miss being able to dress however I want, but its inappropriate in village areas (you’ll have all the women gossiping about you!) and in the more conservative cities it’s not safe.

Obviously, I think more emphasis should be put on teaching boys not to rape girls (like the amazing “start with the boys” campaign), but instead Indian politicians have the motto, “boys will be boys” in regards to rape and that girls who wear tight jeans or go out without their brothers are putting themselves in trouble. I could go on and on about this, but I won’t because it won’t change a damn thing!

People have this idea that you can’t wear “club” dresses in India. I’ve touched on this before when I talked about how to dress in India, but Indian girls at the clubs in all the big cities are wearing little dresses and high heels. They were bra-tops and short skirts, and party their little butts off. If you show up at a club in Bombay in a tank top and ali baba pants you will look and feel silly. Bring a cute dress on your backpacking trip! If I go out to somewhere like Blue Frog in Bombay I dress the same as Goa. Bombay party people are trendy and fashionable. 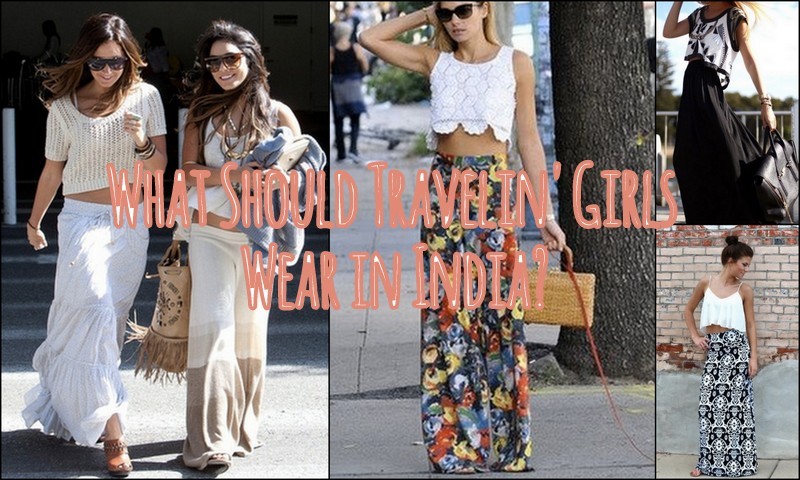 There’s a gap where the rich in the cities “are allowed” or can AFFORD to dress in western styles while the poorer people in the villages are sheltered from the clubs, shopping malls, the drugs, the party life- therefore would be shocked to see these types of clothes.

As a westerner traveling in India, you can dress like the Indian city girls do (shorts in nicer city areas like Gurgaon, crop tops, tank tops, and skirts in places like Colaba and Bandra) and there’s no reason to feel bad about that. Although you might get more stares because of your skin or hair color, it’s the norm these days although many people don’t want to believe that. I was just in Bombay yesterday and there was a private party at Indigo Deli. All the Indian girls had on short little dresses and it was a Sunday afternoon. Blame Bollywood, blame the west, but whatever the case- India is changing!

When I’m in Kochi, I dress very conservative. I dressed conservative on my trip to Karnataka as well. Even in Pune, I had to wear long dresses during the day. I did notice in Pune at night while barhopping, the girls were dressed just like Bombay girls- short and/or tight dresses and very cute stylish clothes; nothing traditional.

For more on women’s safety, read 14 tips for solo female travel in India.