I am an avid fan of Couchsurfing.org.  By searching profiles, you can stay with strangers (for free!) all over the world. I have made long-lasting friends from crashing on their couches. I have seen small towns and huge cities from a local’s view. I rarely have a bad experience with Couchsurfing (CS), but I’m going to tell you the good, bad, and ugly as well as 9 tips for safe Couchsurfing (click to jump to the bottom of the post).

Sign up for Couchsurfing on this link & add the app to your phone to make it even easier to use. 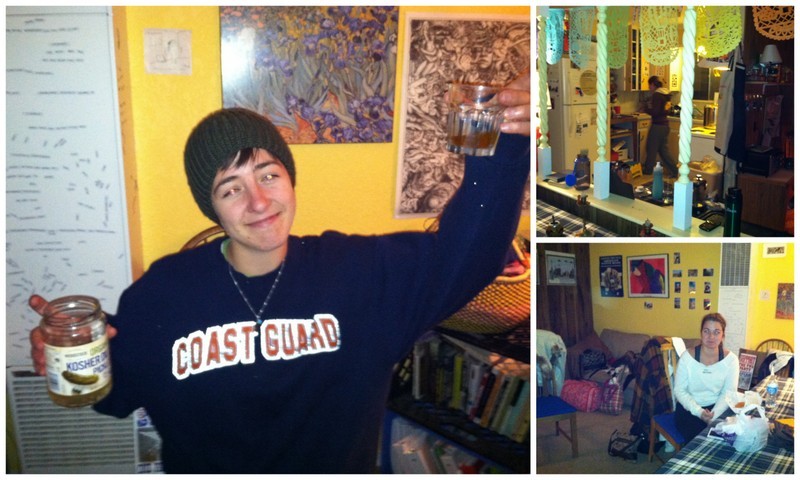 surfing in New Mexico, taking shots of whiskey & pickle juice with our hosts 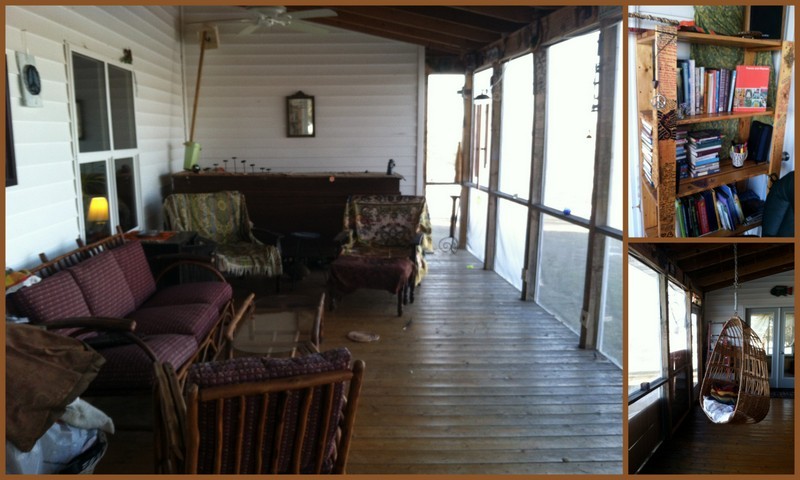 The porch of a home in Minnesota

Couchsurfing isn’t only for backpackers

I have surfed all over the world, half of the places I have been alone! I find it to be safe, convenient, and fun. Couchsurf requests aren’t the only helpful thing, sometimes a CS message can be very beneficial. I used CS messaging to make friends when I moved to Charlotte and didn’t know anyone. I know it sounds creepy, and the one that lied about his age (16) was creepy. But the rock climber dude and silk aerial chick are still my friends today! 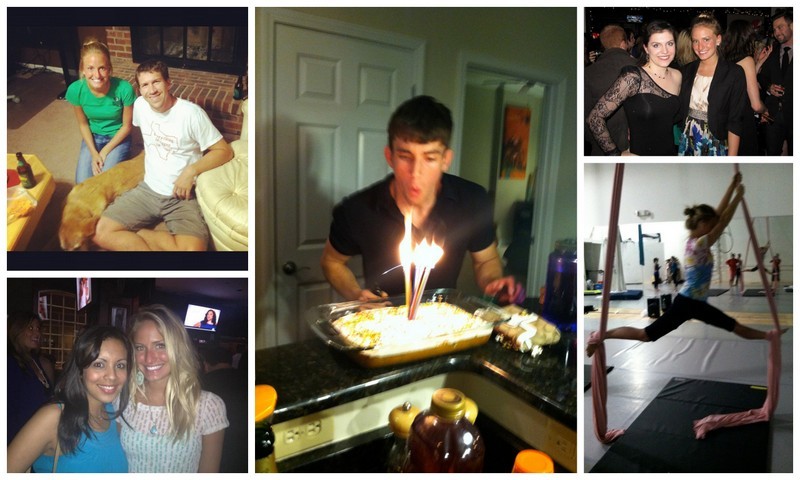 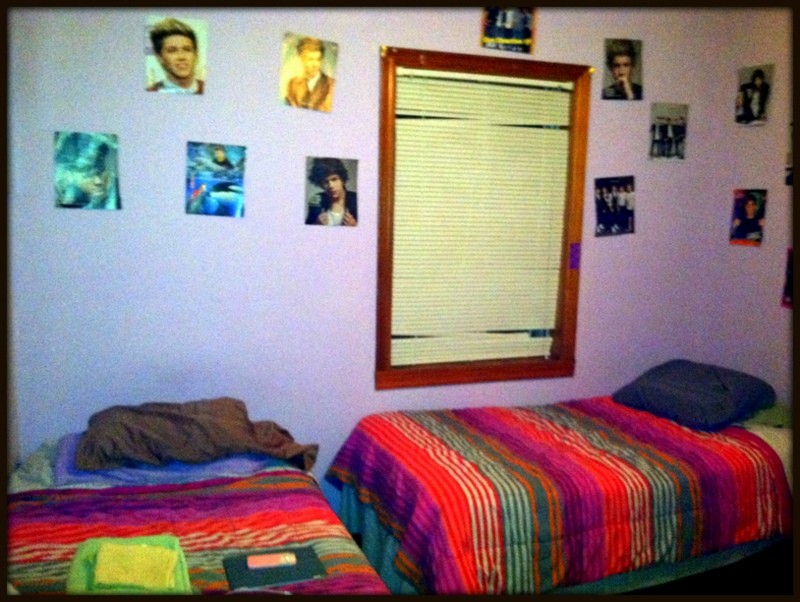 One Direction Posters. I chose to stay with this family in a small town because they seemed nice and had never had anyone stop to surf.

Some of my all-time favorites were in small towns that I would’ve have seen without the organization. I used Couchsurfing on my Route 66 Road trip, as well as my drive back East across the North of the U.S.

Here is my Couchsurfing search hint: If you are looking to see the ulture and aren’t particularly worried about which town it’s in, search by who the person is first when you search by area/country then Google their city to see if It’s somewhere you’d like to go. In Fergus Falls I stayed at a hippie chic home on a beautiful lake (below). I hope that I have a chance to meet the mom of the family, Devora, as I missed her. 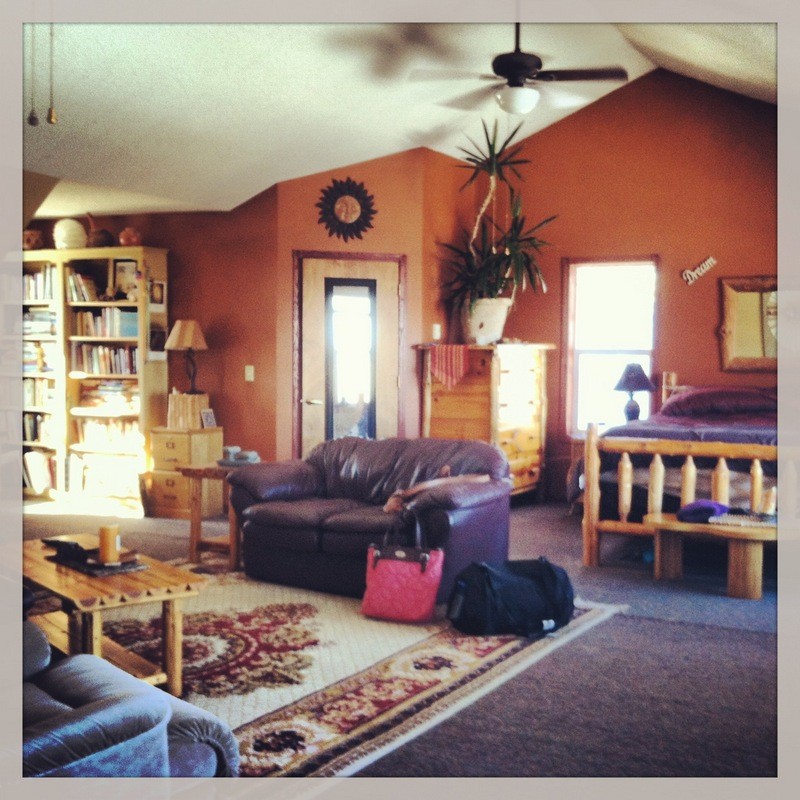 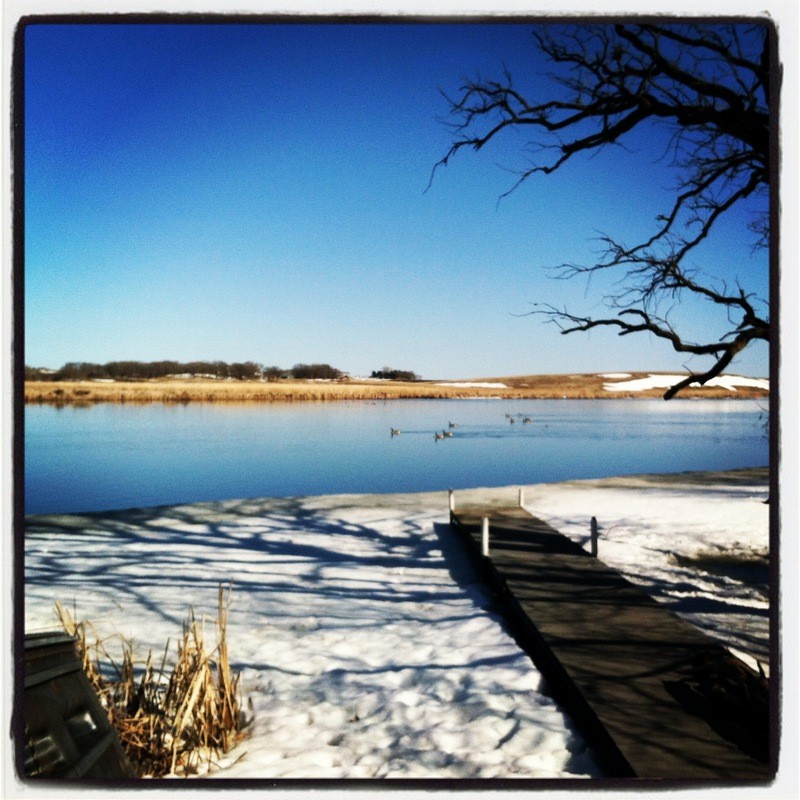 What if you don’t find anyone good on search?

Don’t just stay with someone because it’s free. If you can’t find a good match, then you shouldn’t use CS for that town. You can find cheap hostels all over the world, sometimes under $10. Even in London, I found one for $9. For cheap hostels, guesthouses, cute bnbs, or great deals on hotels I use Agoda.

If you want that experience of staying with someone but want it a little more safe or legit, you can try airbnb which is amazing and has reviews as well. I have a discount code for you: $40 off your stay if you use this airbnb link to book. I found great places in India and Hawaii on here!

Why should you couchsurf?

There are definite perks to CS’ing! Especially that time my host picked me up from the police station. Some places have wifi passwords and information to the house written out for you because they have CS’ers come by so often. I’ve CS’ed in Arkansas, Montana, Minnesota, Idaho, New Mexico, Oregon, Delhi, Agra, Bombay, multiple cities in Spain and Holland, Switzerland, Albania, Czech Republic, Greece, and so many more! I’ve hosted as well while living in Charlotte and like taking foreigners out to bars and showing them how Americans party. 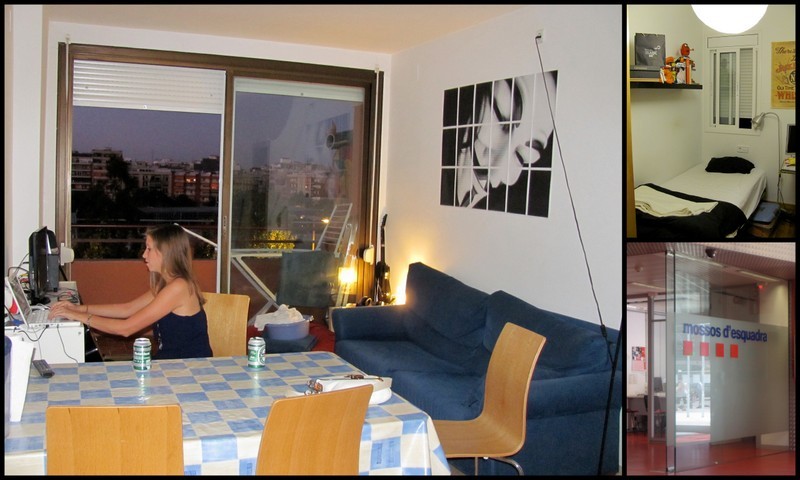 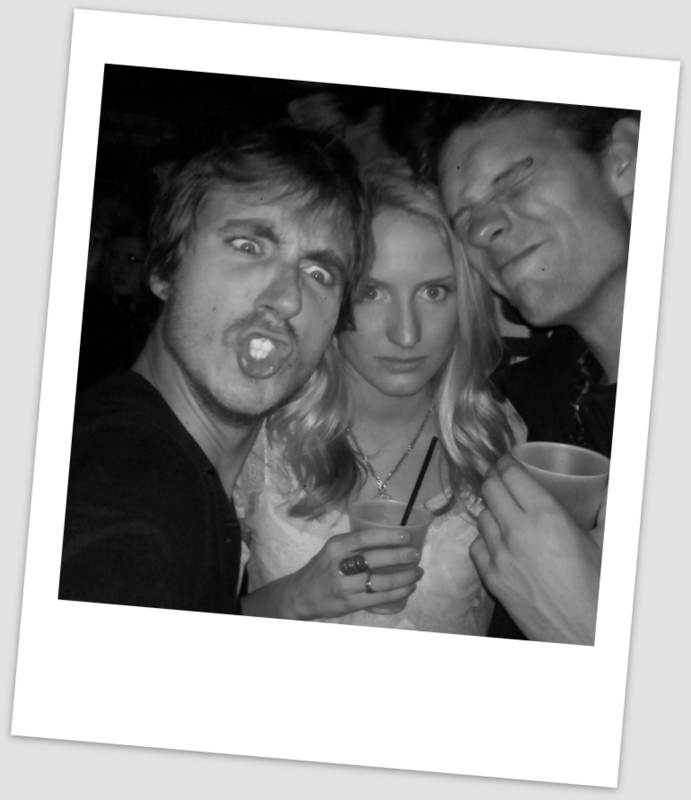 Goofing around with French surfers that stayed at my apartment in Charlotte, NC 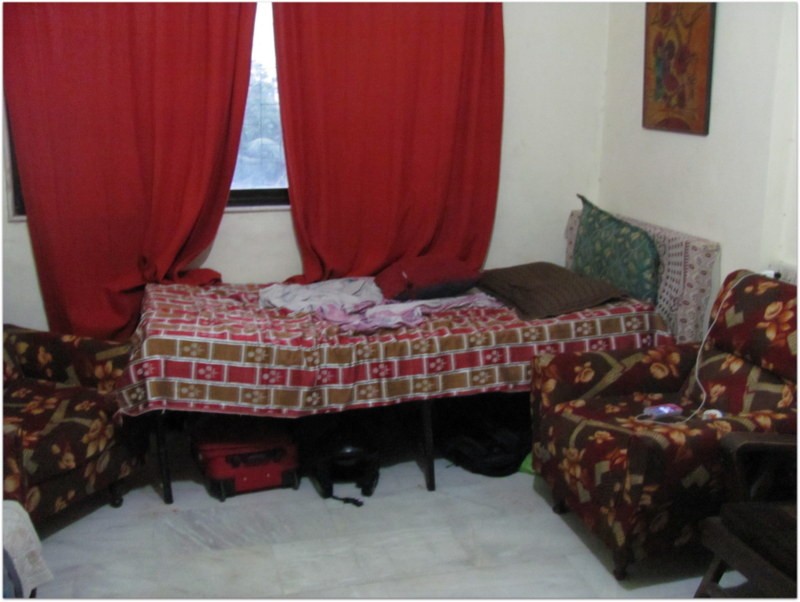 CS place in Mumbai with Elise, who was my first friend in India!

Because of CS I have made great friends, had the best tapas Barcelona has to offer, Scuba-dived with a Greek god in Santorini, gotten into fancy parties at top clubs, local festivals, made new friends, and had a free place to stay and tour guide.

No one likes to say they use CS to save money, but I love saving money. It’s how I get to keep traveling. As long as you surf with someone you think you’ll get on with, you are getting a bonus of keeping some extra money in your pocket. 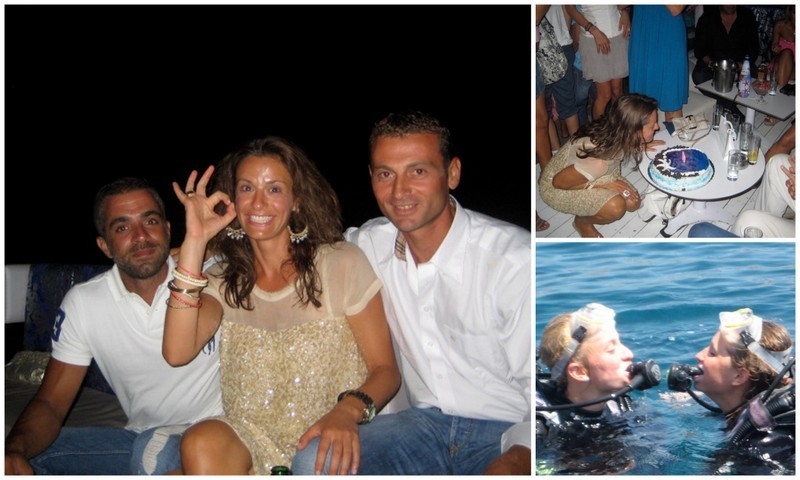 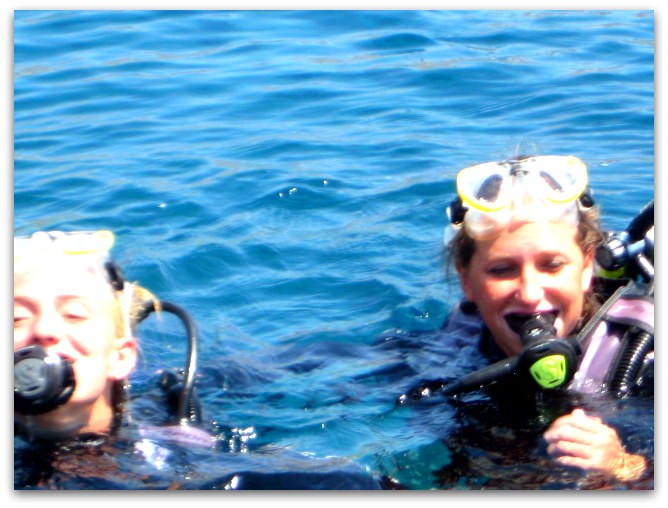 The dark side of couchsurfing

That was the good, but there are downsides to CS. You may dislike your host. Not because they are creepy, but maybe you just don’t have a thing in common or they are rude. Strangely this happens. I’ve had hosts not show up, or just give me a key and never show their faces again. I’ve had the creepy guys that were looking for a girlfriend. There are the ones that want to take you on a 10-hour tour of things they have memorized for everyone that stops by. This is why you MUST not settle just for a free place to stay. That’s not what CS is about. You need to find someone you think you’ll click with and message them multiple times before you go to see them.

I made a mistake in Delhi of staying with and Indian guy that I didn’t do enough research on. I was sick, tired, and just wanted someone local to show me through the chaos of the city. He had plenty of positive reviews but had I messaged him back and forth I would have seen something was off. He took advantage that I was sick and lied about having a bed for me. There was an incident where he made me uncomfortable. I left and he has since deleted his page. Below is my “bed”. 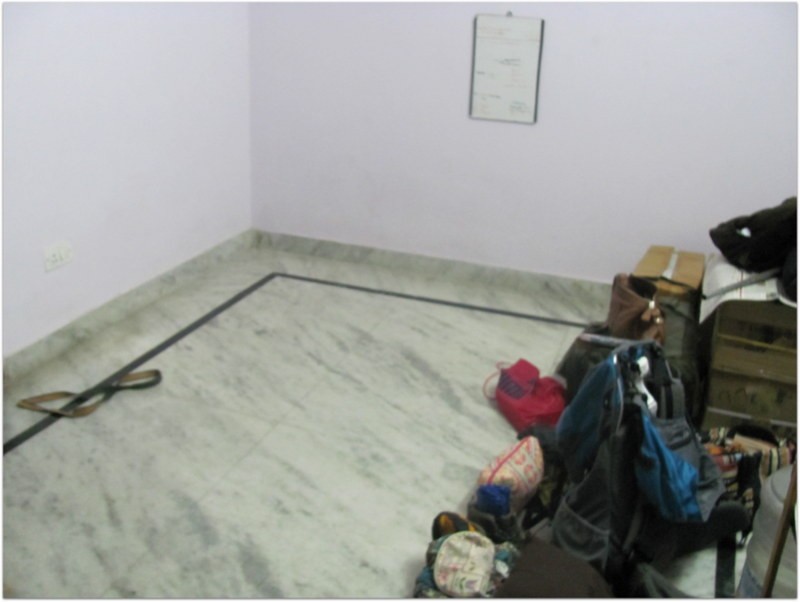 Bad things can happen in general while you travel, but the less risk you take the better your chances are of staying safe. For example, if you stay at a 5-star hotel and they pick you up in a Mercedes!

If that’s not your style and you like to wing it or are a bit of a risk taker then you really should be traveling with insurance. I used World Nomads Travel Insurance. when I backpacked India (now that I live here, it’s a different type of plan). I highly suggest them. Lonely Planet chose them as the best, and most travel bloggers are fans as well. Check a quote and you’ll see it’s very affordable!

Getting ready for a big trip around the world? Read my guide to planning a trip from scratch to see how to get good deals on flights, see where you need a visa, packing tips, and literally everything else you need to know. You can also see my article on how to fly around Europe to 9 cities in 7 different countries for just $355 with my favorite booking site.

Pin these tips for safe couchsurfing for later: 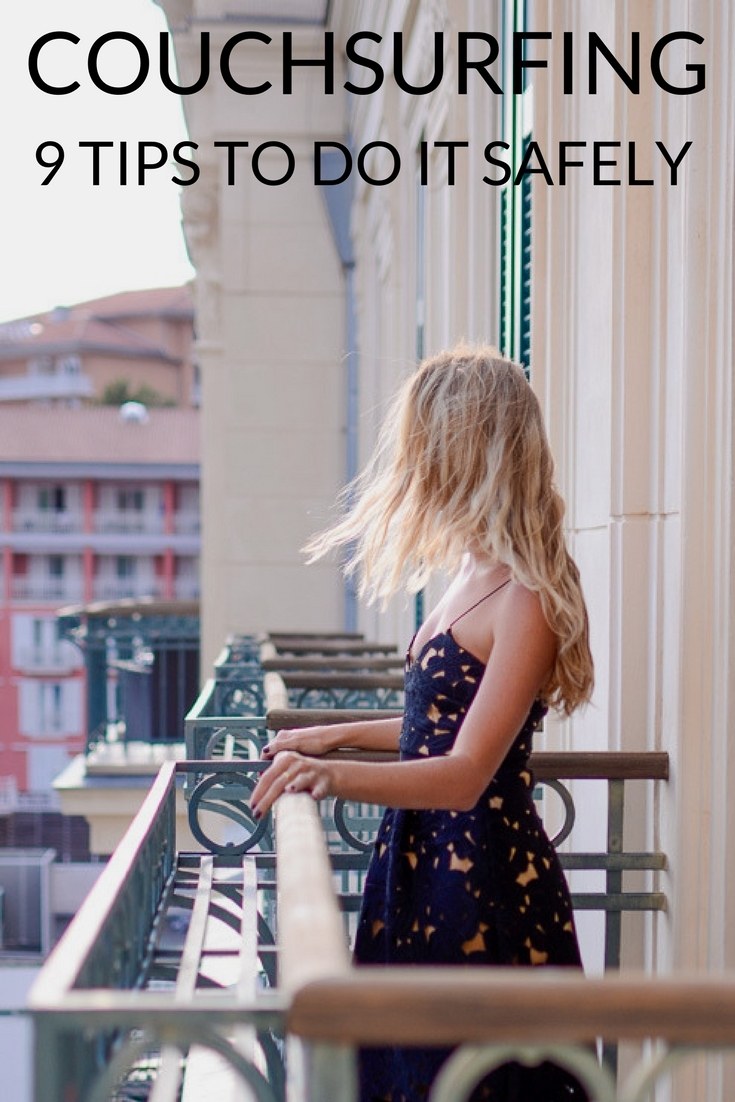