Where to Stay in Vancouver: A Complete Neighborhood Guide

Planning a trip to Vancouver and figuring out the best place to stay? Local Nathalie is here to give you a complete guide!

The multicultural identity and access to numerous outdoor activities make Vancouver, BC a joy to visit. Whether you plan to enjoy local Asian-influenced cuisine, people watch in a café, or head out into the mountains or onto the ocean, I have a list of recommendations for where to stay in Vancouver.

My parents immigrated to Vancouver as children and have lived here ever since. Some of my earliest memories are going nature walks, museum visits, and hikes in this beautiful city. Being of Taiwanese descent, finding the best places for Asian food has been a lifelong adventure that I continue to take part in (with enthusiasm, might I add). As a lover of music and dance, the city provides amazing opportunities for both free festivals and paid concerts regardless of the time of year you visit.

Vancouver is split up into multiple neighborhoods, each with their distinct charm and flavor. I’ll provide a simple explanation of each neighborhood’s personality prior to listing accommodation.

Note that Richmond, while not part of Vancouver, provides proximity to our main airport (YVR) and thus has been included in this post.

Where to Stay in Richmond

Richmond provides easy access to Vancouver International Airport, in addition to some of the best Asian cuisine in the region. Whether you have an early morning flight to catch and don’t feel like venturing far, or are a huge foodie and want to make meals the focal point of your trip, Richmond offers the best of both worlds.

One can easily access beautiful walks along the ocean and fuel up afterwards with dim sum, dumplings, noodles, and bubble tea abound.

Sights of interest include the historic fishing village of Steveston, the Olympic Oval, and Aberdeen Centre – a mall fusing Eastern and Western shops with an outstanding food court full of Chinese, Japanese, Korean, and Hong Kong cuisine.

Check here for our guide to Richmond 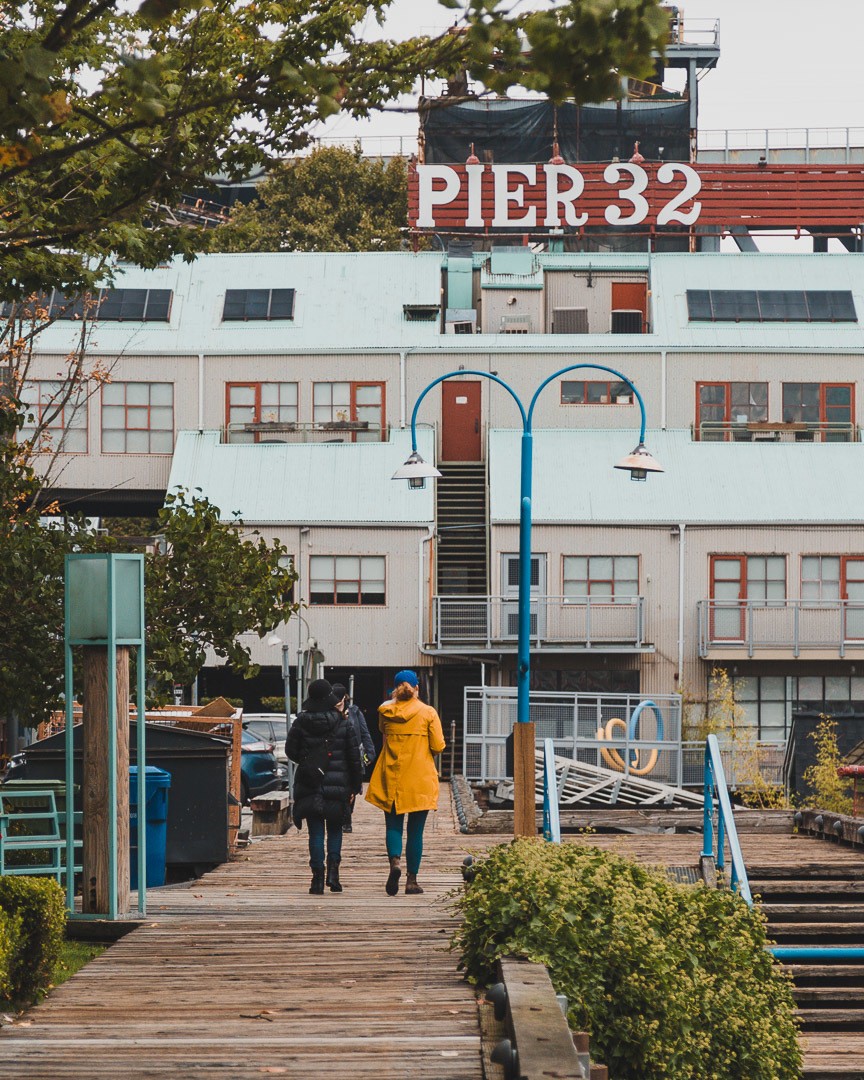 Where to Stay in Vancouver

A chic, trendy haven for lovers of vintage fashion, independent coffee shops, and brunch spots. 33 Acres Brewing and Brassneck Brewery are two local craft beer companies where you can pop in for a pint or taster flight.

The annual Vancouver Mural Festival has resulted in a plethora of beautiful street art on the sides of several buildings in Mount Pleasant, providing plenty of opportunities for Instagram photos!

Check out our full guide to Mount Pleasant here

West Side – Kitsilano and Point Grey/UBC

Kitsilano and Point Grey are the western-most part of Vancouver (not downtown Vancouver). Kitsilano is a hipster’s paradise with independent boutiques and cafes, many of which are found along West 4th Avenue. Vanier Park, Kits Beach, and Spanish Banks as popular enjoyable hangout spots year-round (Bonus: lots of dogs).

The University of British Columbia (UBC) Vancouver Campus is situated in Point Grey and makes for a great day trip to explore the university buildings, gardens, Wreck Beach, Beatty Biodiversity Museum and the Museum of Anthropology.

Hotels in the West Side

Once housing factories, warehouses, and mills, many of these old buildings have been converted into restaurants, artisan studios, and performance venues. Located just outside the downtown core, Granville Island offers a beautiful waterfront walk along False Creek with views of the Vancouver cityscape. 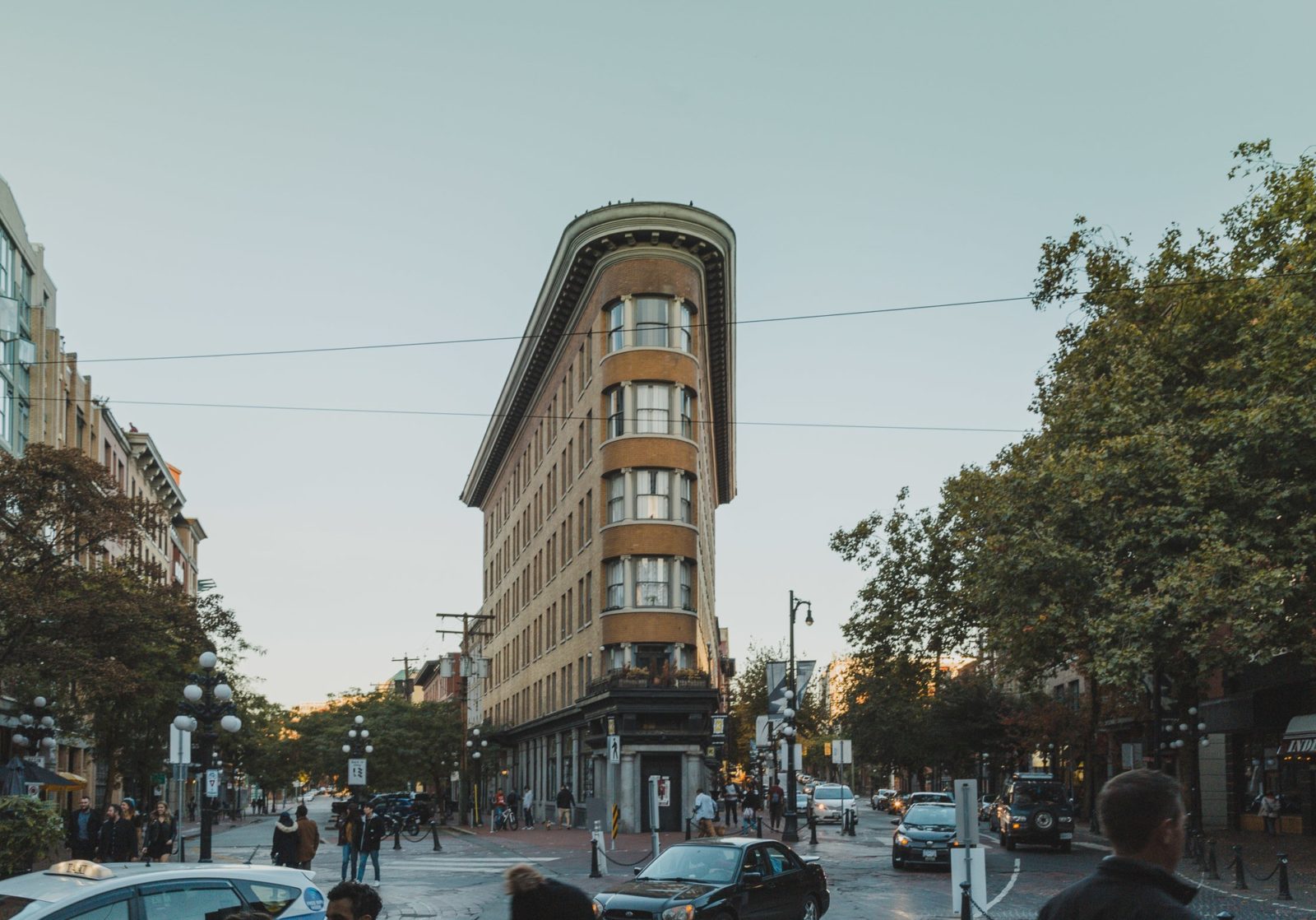 Where to Stay in Vancouver Downtown

The 4 official districts of the downtown core are Yaletown, Gastown, Vancouver Downtown, and the West End; but I will break the area down further along with some personally recommendations. While there are no accommodation spaces in Gastown, one can find tourist shops, cobblestone streets, and the famous steam clock. Gastown is easily walkable from Coal Harbour.

As you probably guessed by its name, this once-former shipyard is where you can see docking cruise ships alongside a gorgeous waterfront promenade. The sight of the Olympic Flame and the Convention Centre, a walk through this district is a surprisingly calm break from the hustle and bustle of the middle of downtown. Local tip: Stop by Soirette Pastry Boutique for freshly baked goodies and macarons.

Hotels near the Waterfront

Yaletown is dominated by waterfront parks and restaurant patios. The Roundhouse Community Centre is the sight of the first engine used in a transcontinental passenger train (Yaletown was once the end of the line for the Canadian Pacific Railway). Old warehouses have been converted into cozy restaurants where flocks of people descend for post-work happy hour drinks. Local tip: Minami is a splurge-worthy sushi restaurant that specializes in aburi (flame-seared pressed sushi). For brunch lovers OEB is a must-visit.

The West End is the location of choice for easy access to beaches, restaurants, and Stanley Park (our version of Central Park). English bay is one of our most popular beaches, and also where you can watch the Celebration of Light Fireworks competition in July and August. Stanley Park provides opportunities to visit the Vancouver Aquarium, bike the seawall, and enjoy time in nature while still being close to the city. 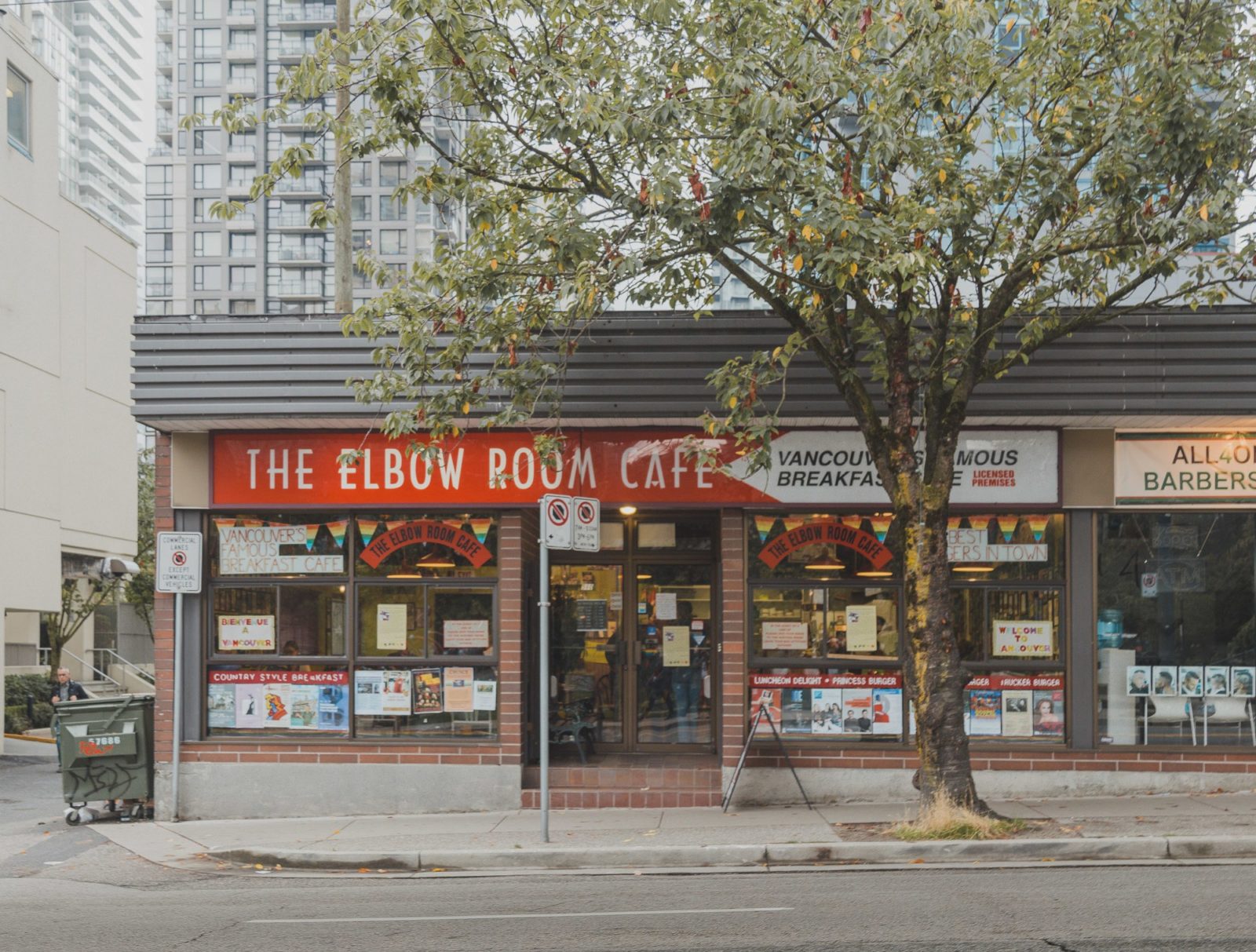 Where to Stay in Downtown Core

Note that these are not official neighborhoods; I have split up downtown a bit further for ease of location-based planning

Extends from BC Place down to the West End, passing the Vancouver Public Library, the shopping district, and lots of places for eats and bubble tea. Local tip: stop by Robson Square in the summer for free outdoor events, or in the winter for ice skating!

Around the middle of the downtown core 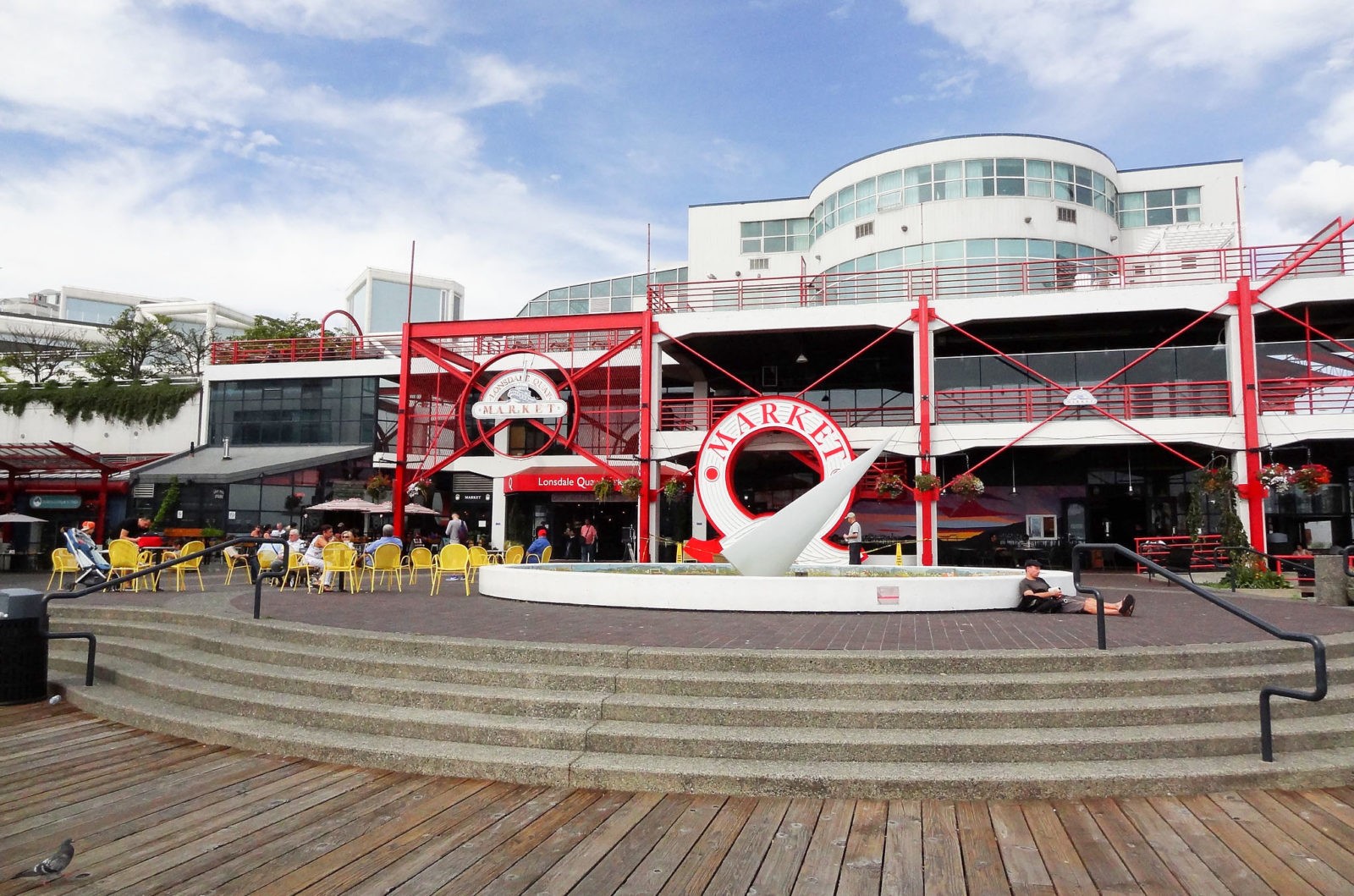 Where to Stay in North Vancouver

Technically part of North Vancouver, Lonsdale is separated from the Vancouver downtown by a ride on the SeaBus. Once a shipyard, Lonsdale boasts a number of trendy restaurants and pubs, in addition to waterfront views. The Quay itself is host to many independent businesses. North Vancouver is where you want to stay for convenient access to recreational activities such as hiking and mountain-biking in the summer, and skiing and snowboarding in the winter.

While Vancouver downtown remains the focal point of a lot of vacations, I highly recommend exploring outside the downtown core to really experience the city in all its glory. Brunch in Mount Pleasant, a walk in Pacific Spirit Park in Point Grey, finished off with dinner and bubble tea in Richmond; the possibilities are endless!

Any tips on where to stay in Vancouver from your visits? Comment below! 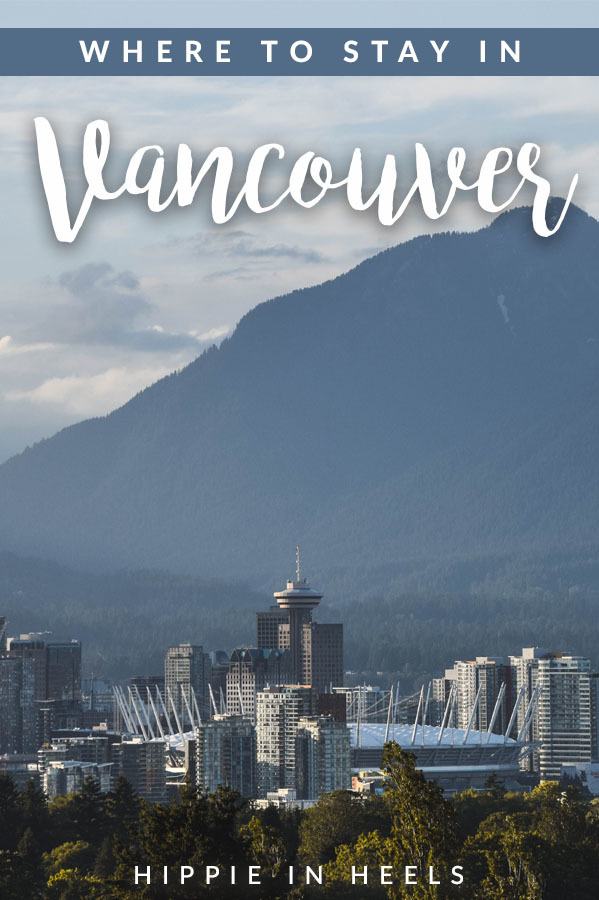