3 Unique Reasons You Should Check out Vantaa While in Helsinki

You’ll probably really want to see these reasons to visit Vantaa after hearing that its the small suburb the airport is located, just outside Helsinki.

It’s not on more tourists radar! But like many places that aren’t, they are secret and just as special.

So, after spending two days there exploring, I’ve put together my favorite parts of the town and why you might want to make a trip. There are of course more than three things to see and do in Vantaa, especially for children. But, as most likely, your Finland itinerary will barely allow for time in Vantaa, you definitely will only want the best of the best things to do.

Myyrmäki is the art district of Vantaa and it’s unique because it’s a train station. Yeah, people come here to check out a train station! Reason being, it’s covered in really interesting graffiti. 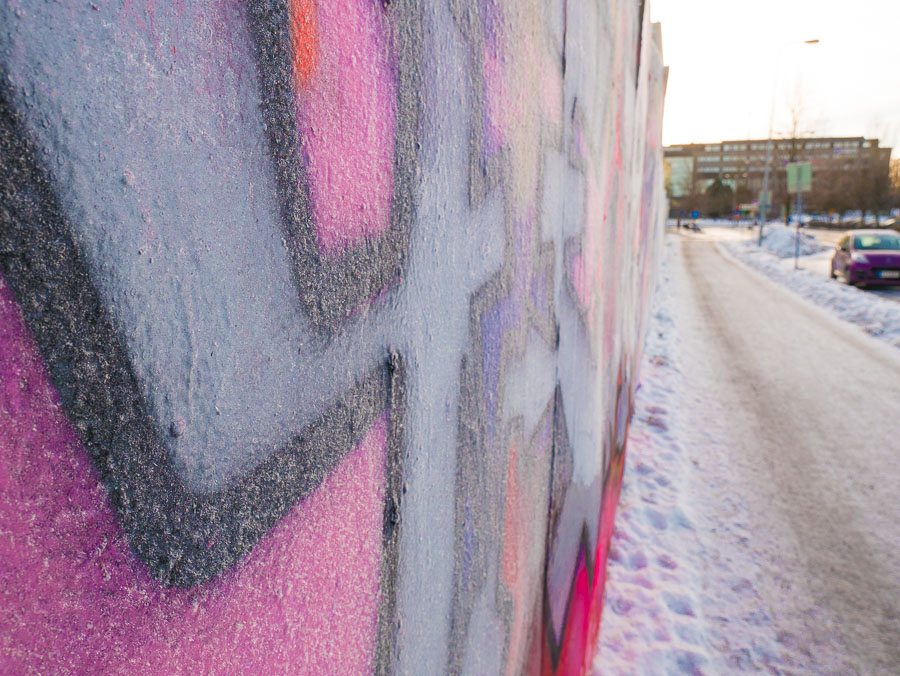 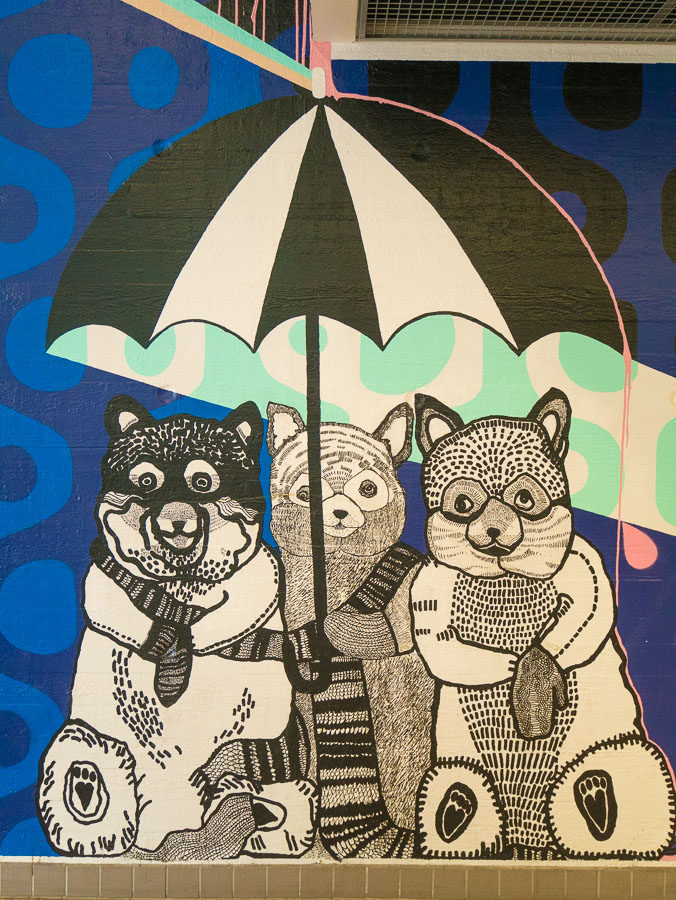 I think Finnish people are SUPER trendy in a kind of hipster way, but just, in general, seem to know what’s cool. All the Finnish girls had the best style. So, it’s not surprising that the train station is famous for graffiti. To me, it just fits that Helsinki vibe.

It’s in the little area around the station, the station walls, and inside the station itself. So, if you’re coming here just take the line from Helsinki city center and you’ll arrive at the number 1 attraction in Vantaa. That was easy! 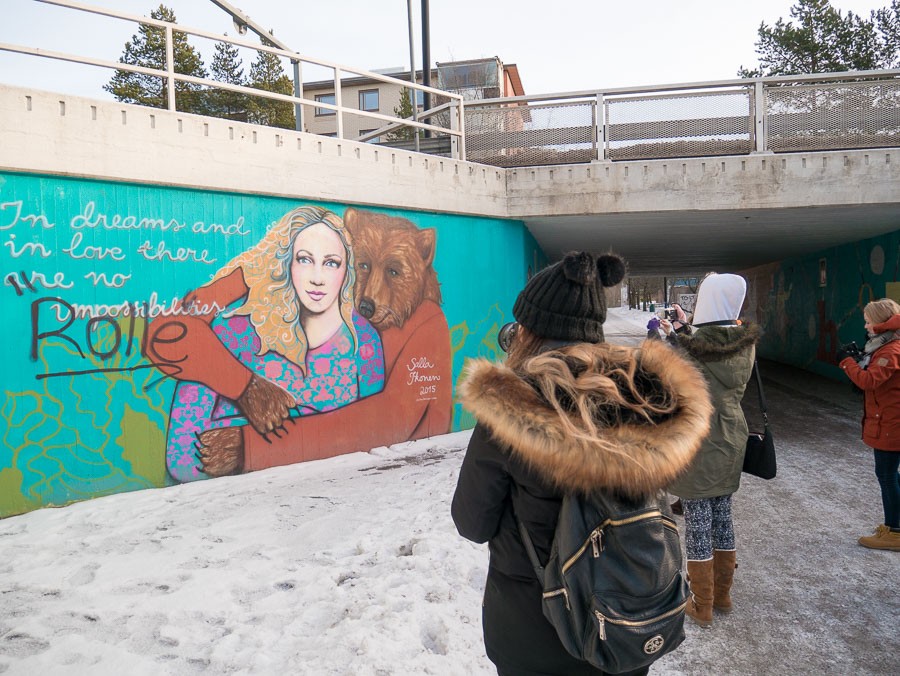 There’s actually a museum here too, that focuses on performances and graffiti style art, but it was closed when we arrived. It’s called Artsi and the entrance is free. I’m not sure why it was closed, so you could ask your hotel to call them and check for you. 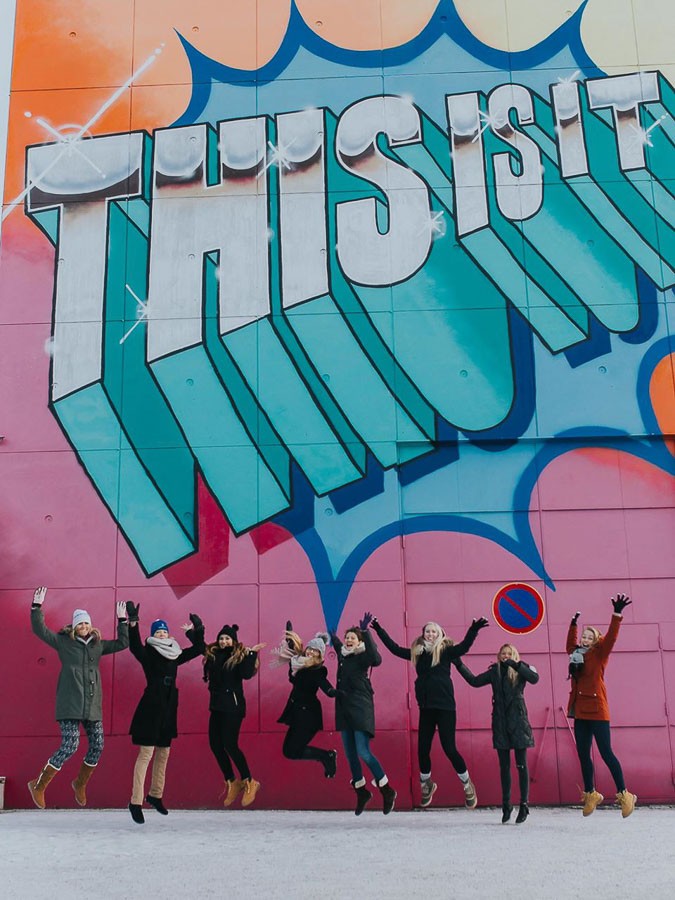 Literally getting like NO air in this pic. This was our group in Vantaa from the Nordic Bloggers Experience and they were such a fun group of girls! One of them took this photo on their camera but I don’t remember who. 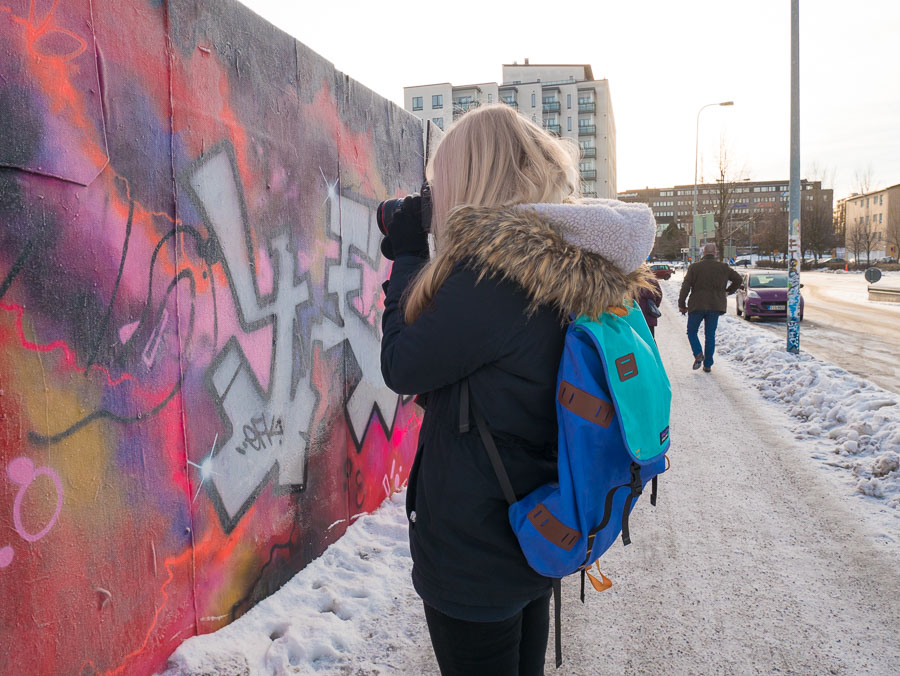 Silvia from HeartMyBackpack shared about her time here in Vantaa, too! She’s the coolest and lives in Norway.. you’ll love her blog. 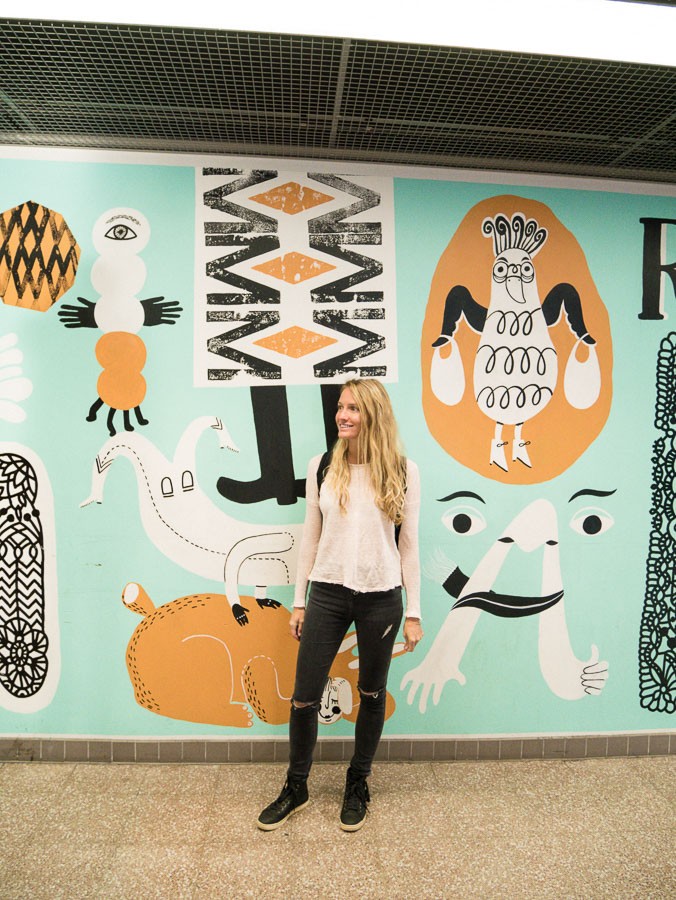 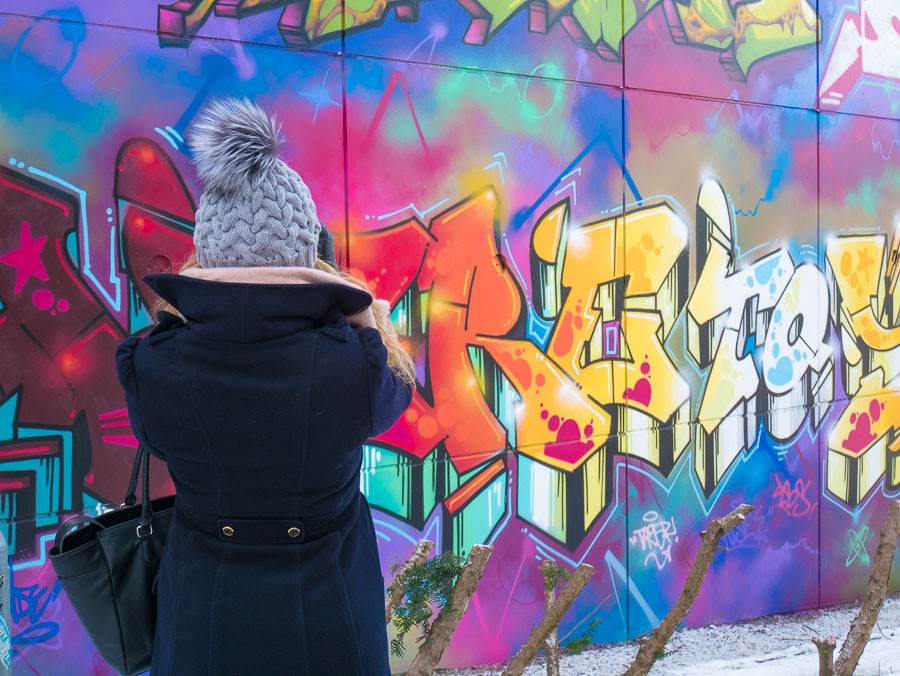 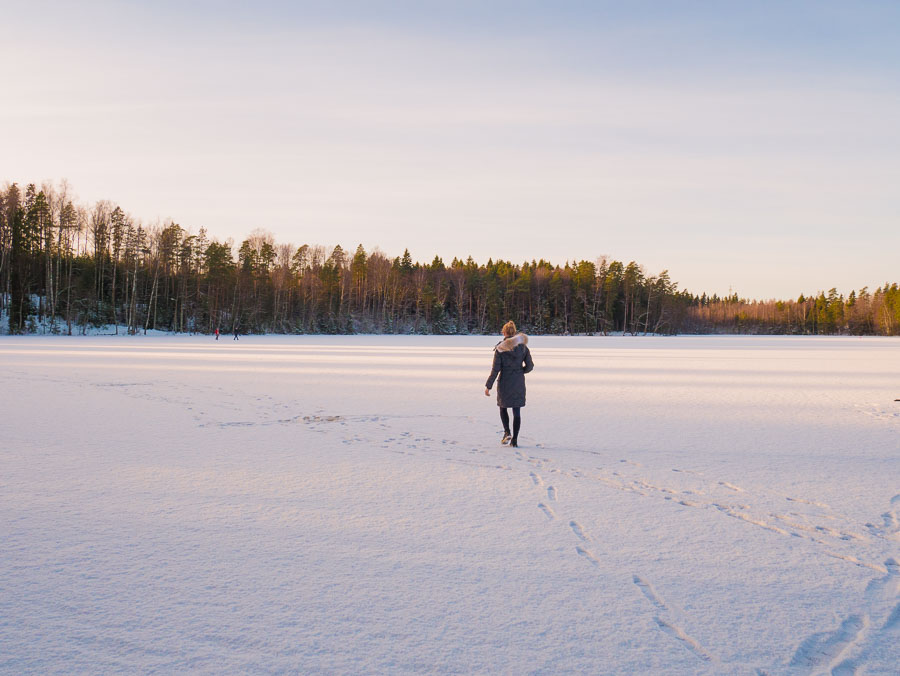 Finnish people are obsessed with saunas. I think they invented them! There are a crazy amount of saunas in Finland.

“The Finnish sauna is a substantial part of Finnish culture. There are five million inhabitants and over three million saunas in Finland – an average of one per household. For Finnish people the sauna is a place to relax with friends and family, and a place for physical and mental relaxation as well. Finns think of saunas not as a luxury, but as a necessity.” –Wiki

So the thing is after they sauna (and yes, they use it as a verb sometimes!), they are SO hot they run and jump into an ice lake to get the blood flowing and say it’s very good for your health. 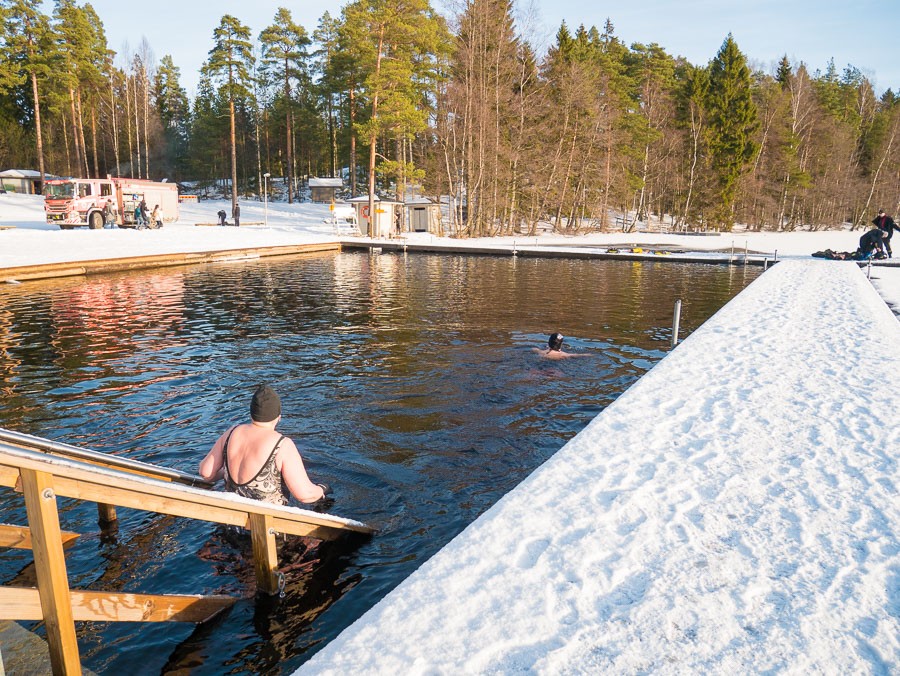 The saunas are not like the type you see at hotels around the world. They are smoke saunas and actually, the one we first tried at Lake Kuusijärvi was so unbearably hot and smoky every single one of us had to leave it within 30 seconds. It’s unreal how hot these things are.

They had a normal sauna and we sat in there until we couldn’t take it any longer. Contrary to popular belief everyone isn’t totally naked, although some women go topless and men and women are separated.

It was like pins and needles and I got out pretty quick to take a hot shower. Woah! It was crazy! 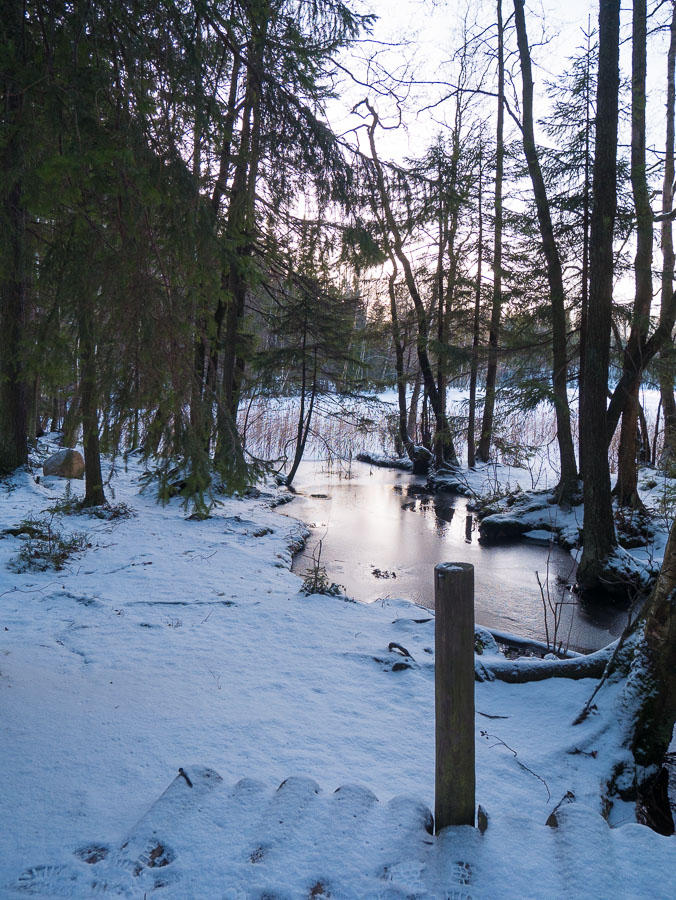 The area is very “local” and not touristy which makes it pretty cool. The lake is frozen so we also went for a nice walk on it. We had lunch here as well (which was decent, but nothing to write home about… except the donut.. that donut was the bomb).

So, Fazer chocolate is the most famous chocolate in Finland and it’s made in Vantaa! You can go tour the factory and also do a chocolate tasting. 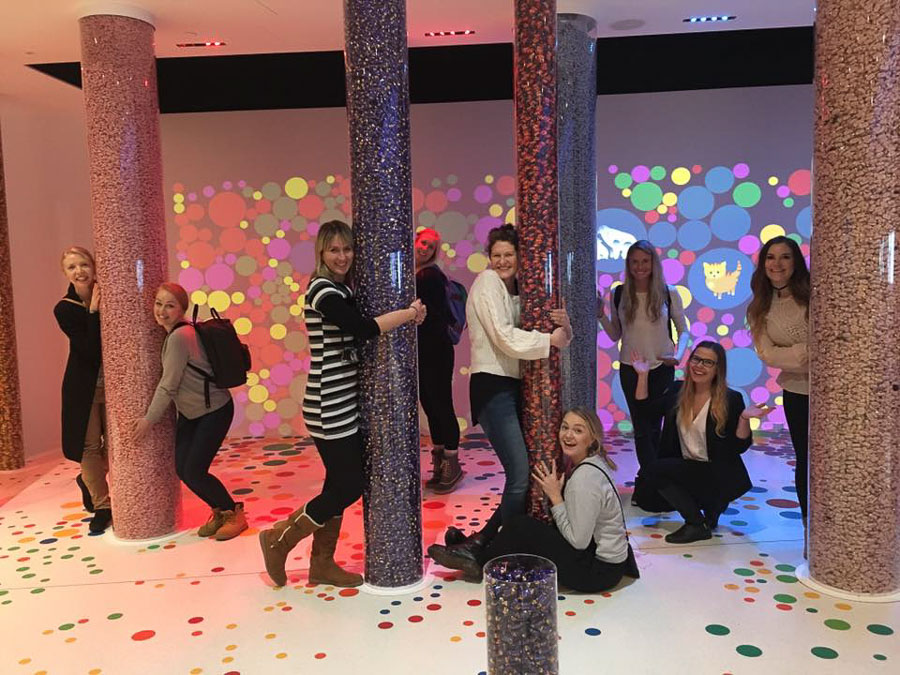 To be honest, the chocolate tasting was kind of common sense. I’m not interested in where my food comes from (I eat Indian McDonald’s chicken, guys) so it’s a lot of information if you’re not into that.

But, you can take what you want so if you’re not down with learning about where your chocolates come from, just go for the cafe which serves up awesome chocolatey dishes and coffees. Finnish people drink more coffee than any other nationality, so they say. 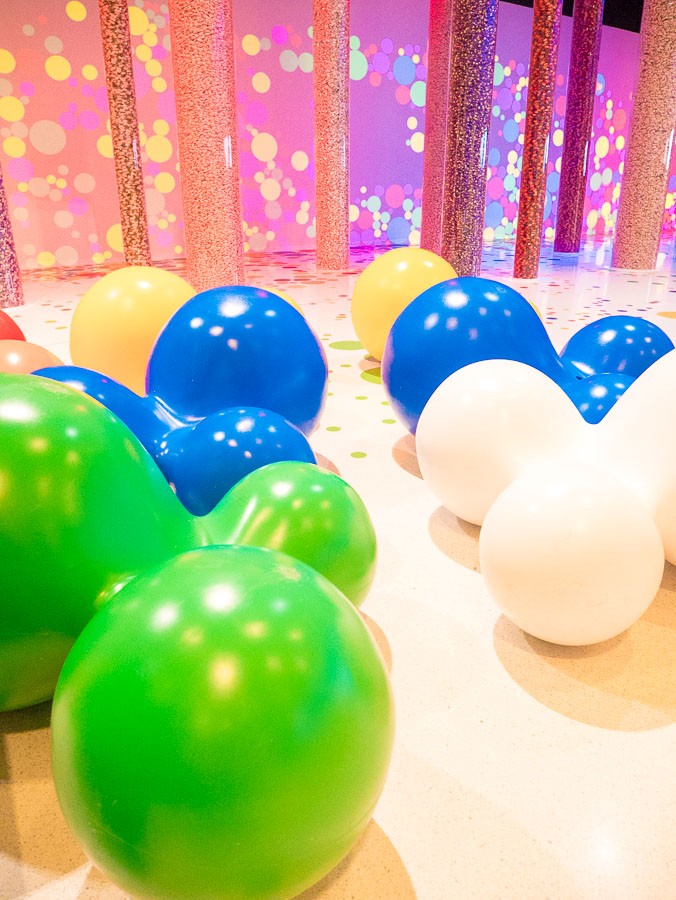 It was definitely like being a kid in a candy shop, well 100% like that, except everything was free! YUM! And no, not just for us bloggers. It’s free little chocolates all over and full size candy bars for people who come in to tour. We ate way too much chocolate.

So the best ones are the Fazermints (I bought two bags at the airport in Oulu before even coming to the factory), the gingerbread chocolates, and the 70% dark chocolate. 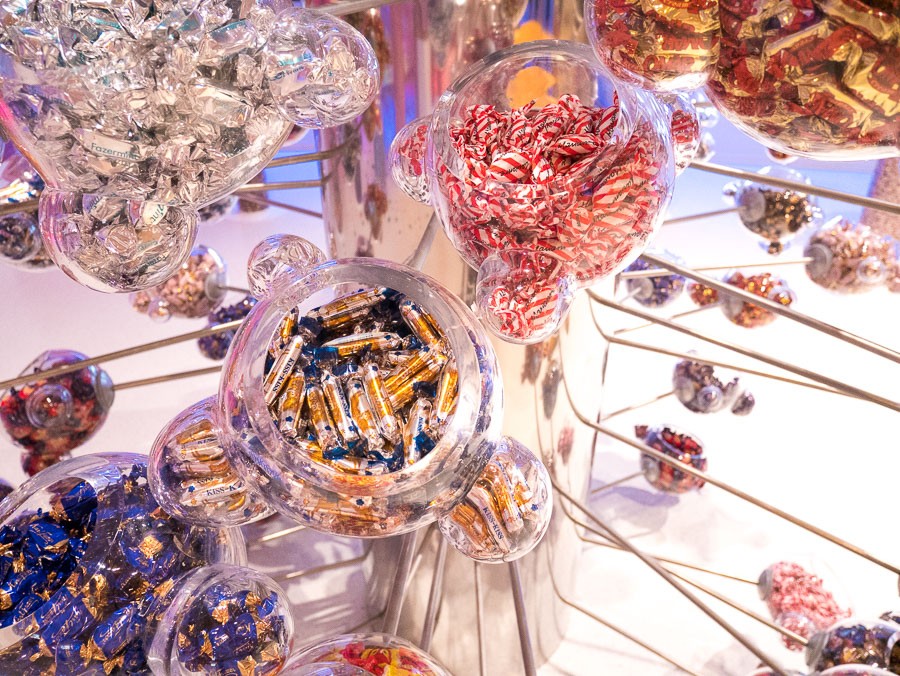 Things you need to know to visit Vantaa

I stayed at Flamingo Spa. It was great for people who have layovers and had a good view. Rooms were huge and I slept well. The spa in the evening was more of a party place (they serve alcohol) but the girls went in the am (I slept in) and said it was much more relaxing then.

For lunch near the train station, we ate at Wandas. I had a pizza and burger that I split with Silvia. I literally love when people want to split two things so you can order both the things you want! There was Finnish food too – but this was the end of my trip and I wanted something different.

You can get here via the train but we took Tixi Travel as we were a larger group of around 6 people. 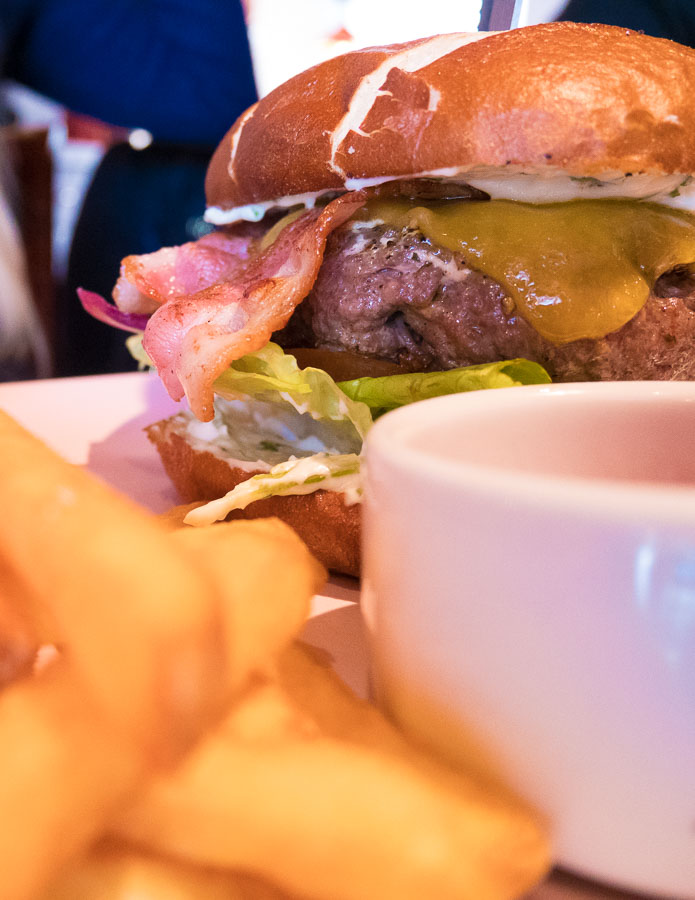 While a juicy burger is always enough to get me to a new location, I hope you’ll like these unique reasons to visit Vantaa.

Yeah, it’s a suburb, and I get that you have priorities.

While it’s an awesome vibe, there is a LOT to see in Helsinki and Finland in general. You’ll want at least two weeks in Finland, and maybe try to visit Helsinki for just three of those days. My 10 days was not long enough. If you do two weeks, you can easily just spend your last day before you fly out in Vantaa, which is where the airport is located. If you don’t have enough time, then you might want to look for a local sauna/ice lake somewhere else!

Pin it for later (just hover over the pin you like, and the Pinterest icon will pop up): 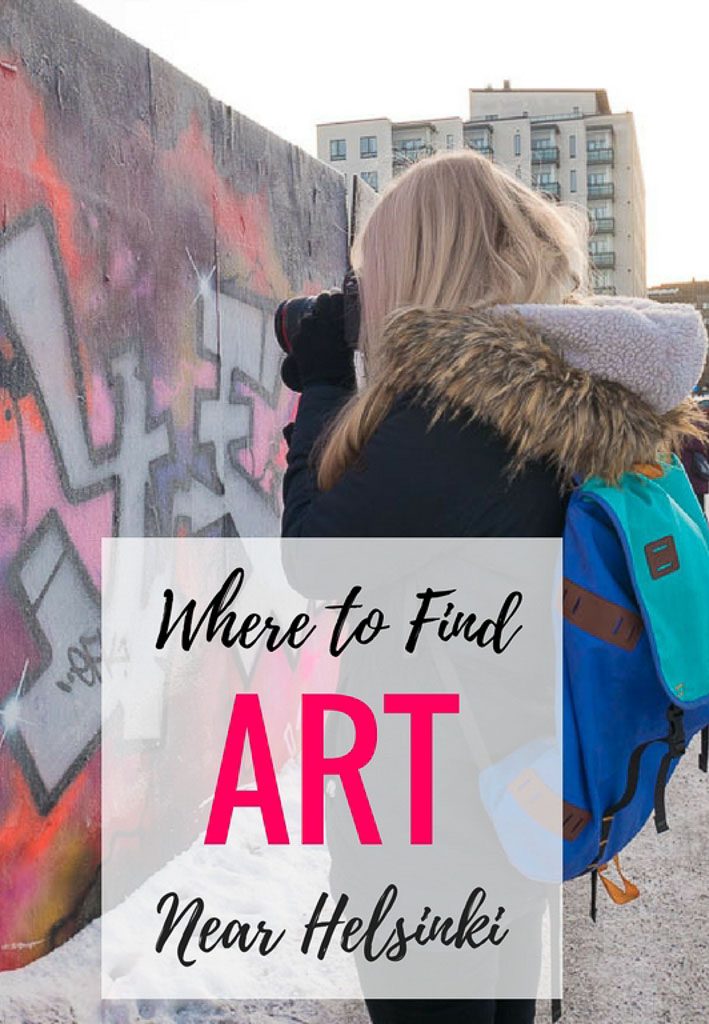