I have mentioned hiking as one of the top 5 things to do in Hong Kong because it has some of the best urban hiking trails in the world. What do I mean by urban hiking trails? It means they are close to the city and offers a spectacular view of them, in this case the best views of Hong Kong. You might be impressed by the views from Rio De Janeiro and Table Mountain of South Africa, but Hong Kong’s hiking trails not only offer awesome views, there are plenty of them and most aren’t that hard to hike.

If I don’t convince you to pack your hiking shoes to Hong Kong with this post when you visit, then I don’t know what will!

Finding the Best Views of Hong Kong While on a Hike! 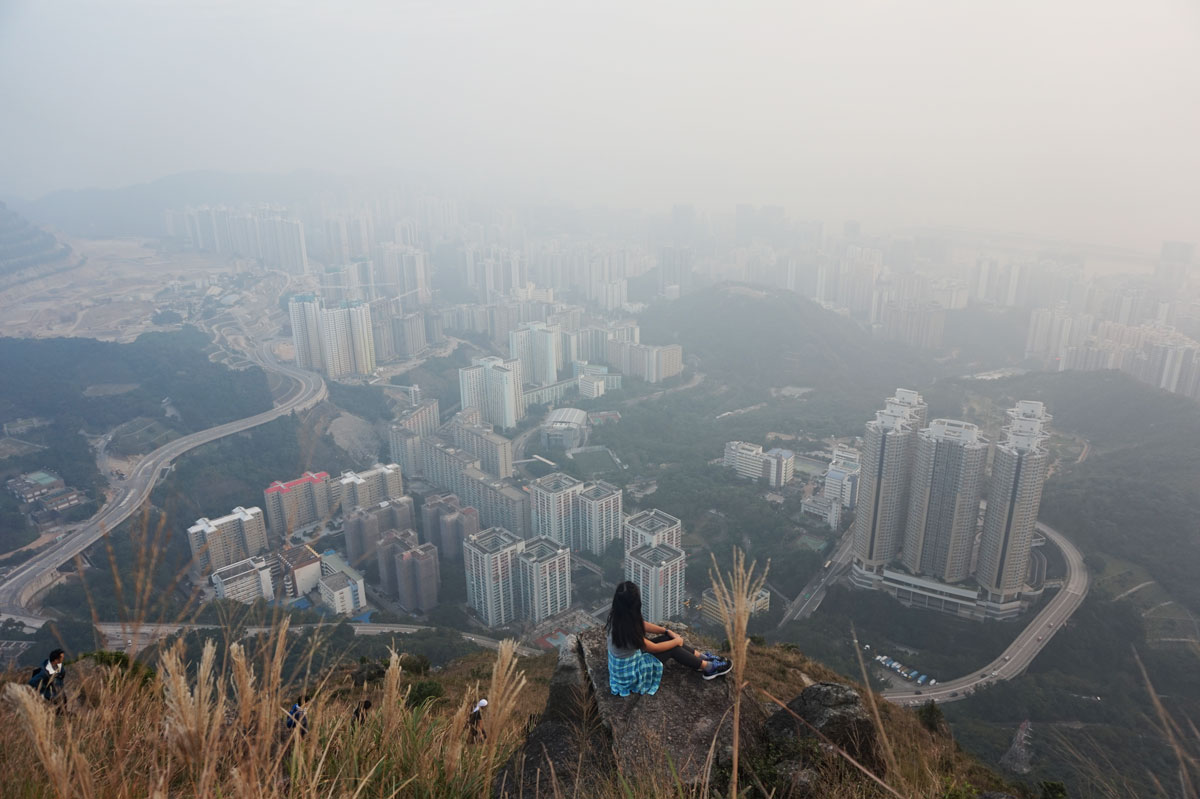 This is taken from the trail looking down – not by a drone!

If you want a spectacular city backdrop against a rock platform, then look no further than Suicide Cliff en route up Kowloon Peak. In fact, a photo taken here has won a 19-year-old a National Geography photography competition. While it is beautiful in the daytime, it’s even more so at night when the city lights up. 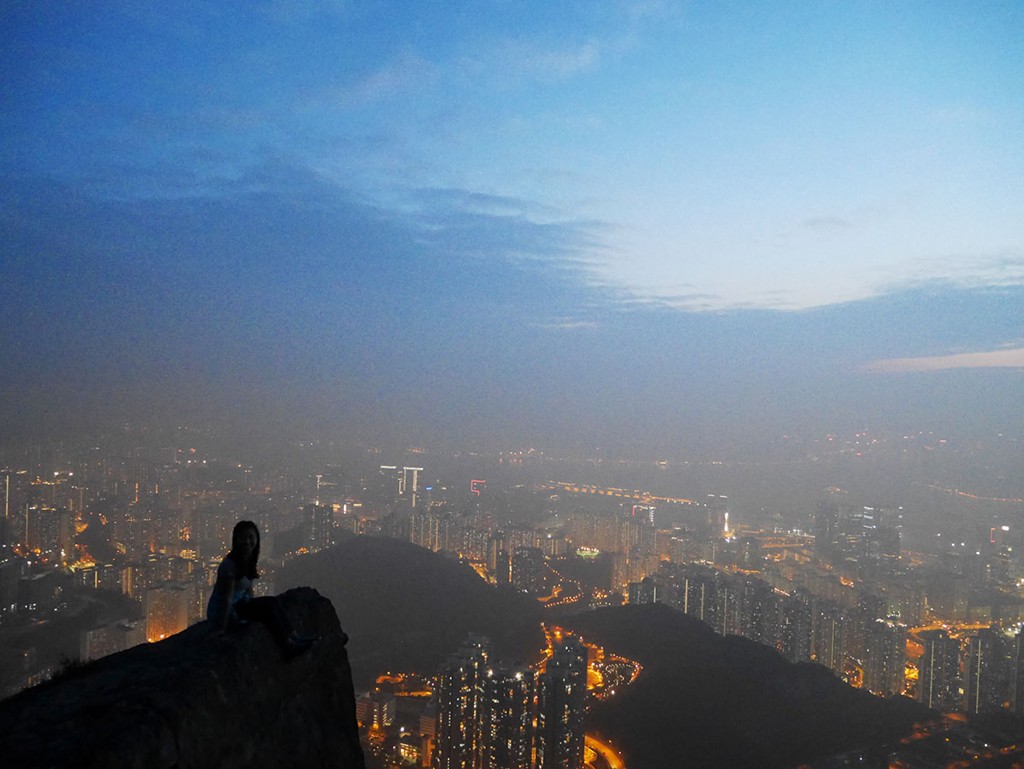 Hong Kong seen from the top of Kowloon at Suicide Cliff

The name Suicide Cliff comes from the almost vertical cliff face that makes it even more dramatic. As part of the trail that goes up to the highest peak in Kowloon, one requires a certain level of fitness and preparation to conquer this hike. If you are interested in how to hike this, I have a detailed night hike up Suicide Cliff guide. 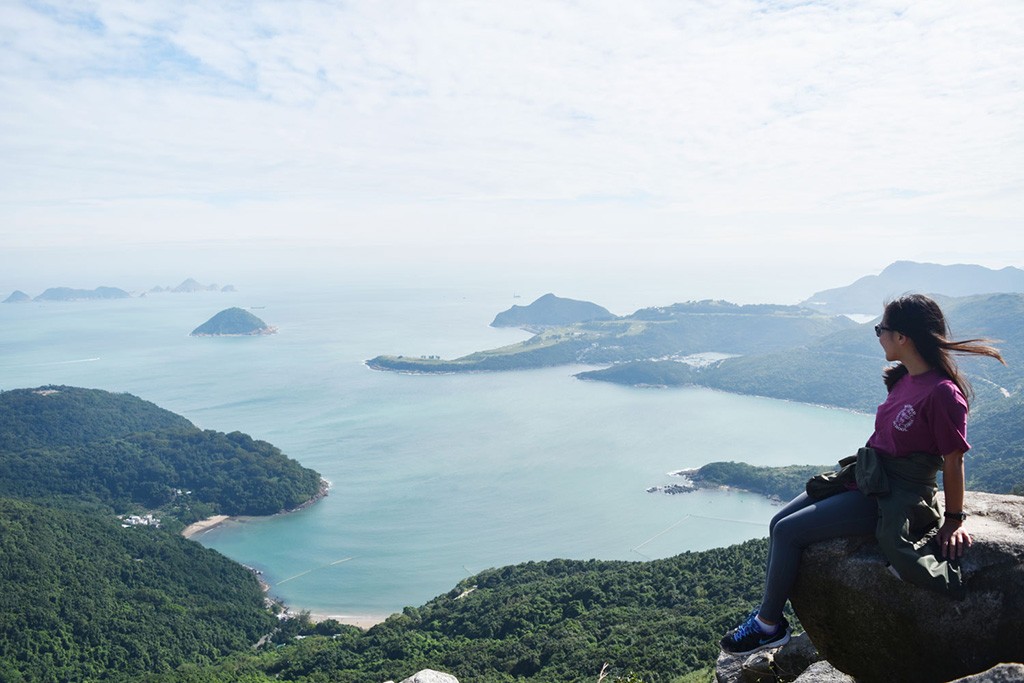 Number three on the three sharp peaks of Sai Kung, High Junk Peak is the easiest one to hike and you get to see all of Sai Kung at the top. Located in the Sai Kung region near Clear Water Bay, you see more nature than city along here. Its highest point offers a clear view of the golf course and Ninepin Islands from afar. In fact, it would almost feel like you are not in Hong Kong at all! 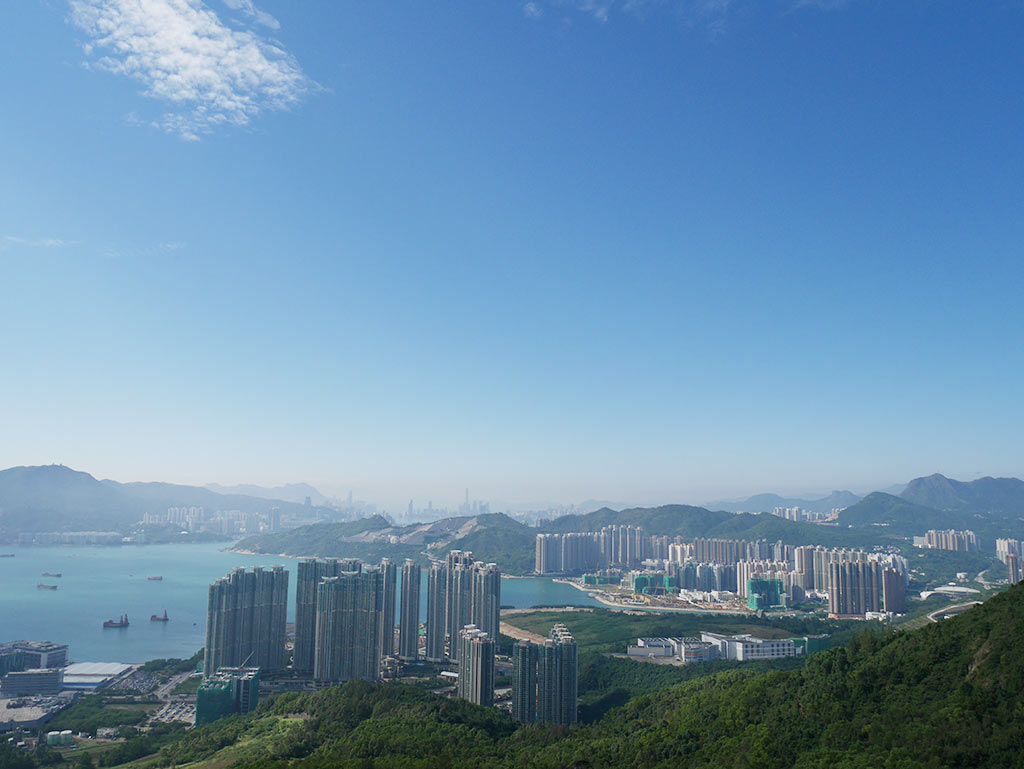 The tallest building in the far distance middle is IFC. Lion Rock Mountain can just be made out on the right, the third with a slight kink.

One of my favourite view of this hike is that of the whole of Kowloon and part of Hong Kong Island from the first stretch of the trail. You can see the Lion Rock Mountain, IFC, and the Victoria Harbour – though it looks a lot smaller in photos. 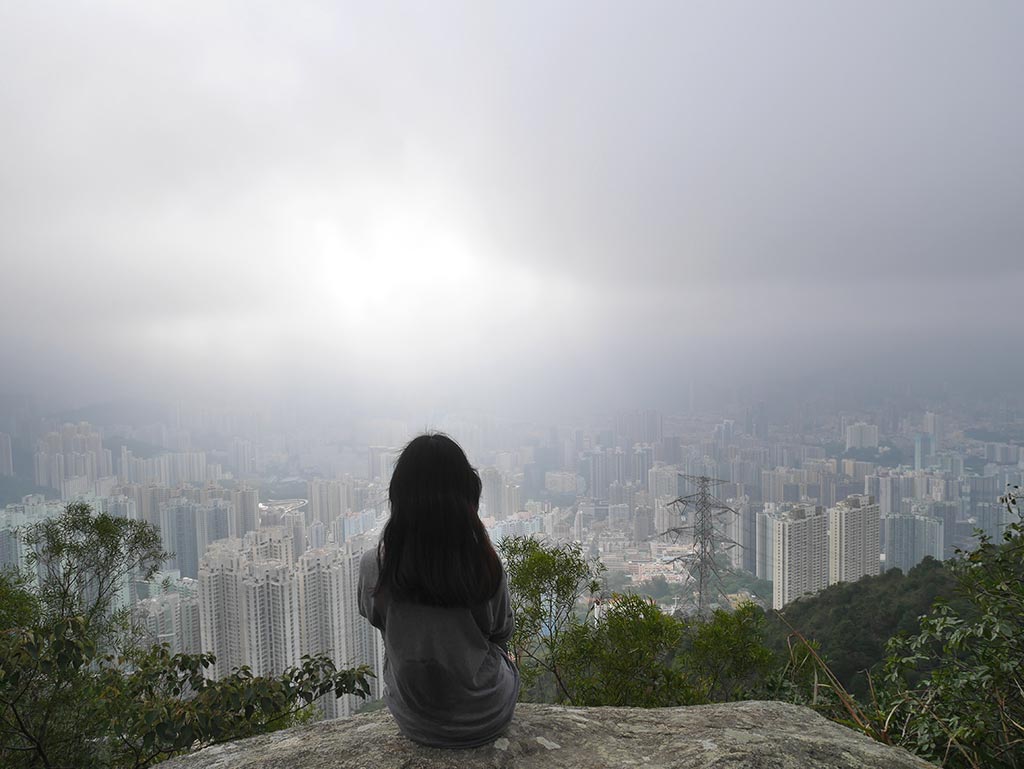 Lion Rock has a close up cityscape view of Kowloon!

The Lion Rock Mountain is a popular trail in Hong Kong since it is the symbol of Hong Kongese’s spirits. While I prefer the view of Suicide Cliff, Lion Rock Mountain is an easier climb and a lot closer to the city. It also offers a clear view of Kowloon on its highest points and a hotspot for rock climbers. It’s a must hike for many because of its symbolism and ease. 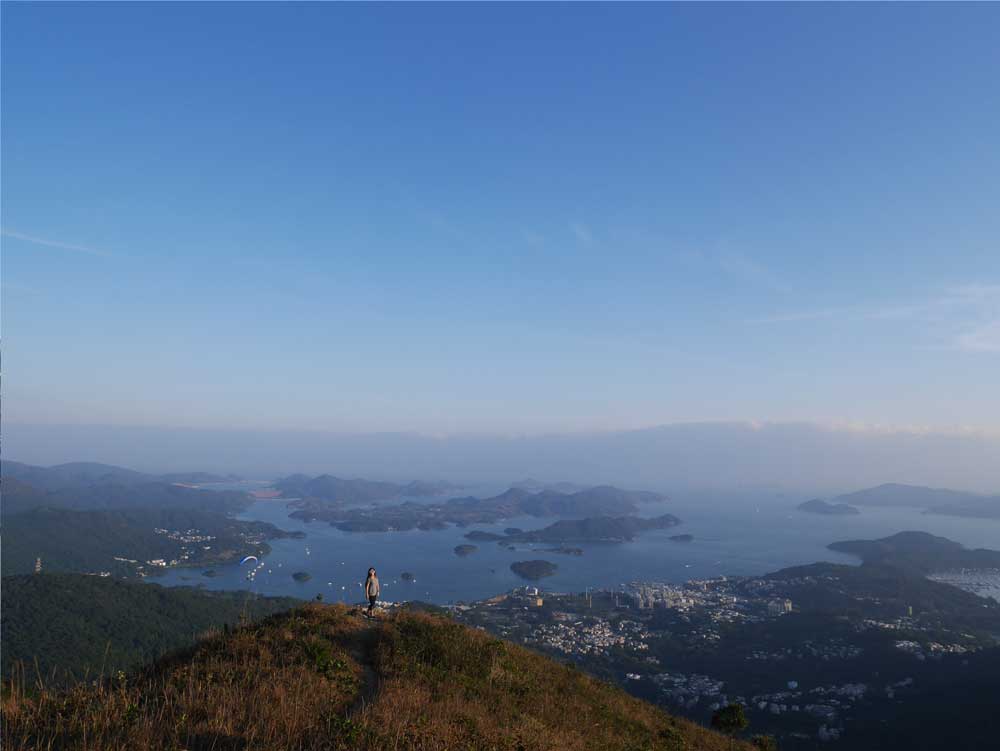 How can you resist this view? It’s the Sai Kung sea!

By far one of my most favourite hikes, the MacLehose Trail Stage 4 runs from Sai Kung to Ma On Shan. The first hour of the trail is boring, but the reward when you reach the viewpoint is great. You get to see the view of Sai Kung and Shatin and the scenery gets even wider when you reach the ridge before the Pyramid Hill. On the weekend, you can even catch some paragliders drifting in the sky. In fact, Sai Kung is a great area to hike in general! For more hikes around Sai Kung, you can see them on my Hong Kong hiking page. 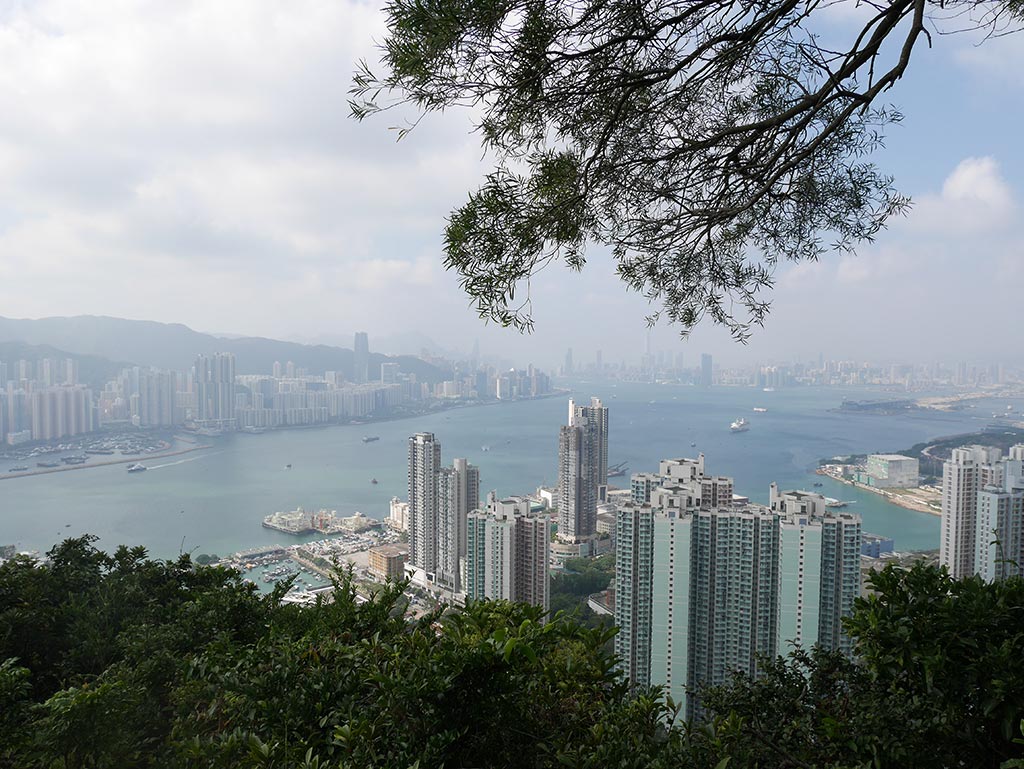 We are now looking towards Hong Kong Island from the east

In the western part of Kowloon on the Wilson Trail Stage 3 is the Devil’s Peak and its abandon fortress. Because it’s right by the coastline, you get a closer view of Hong Kong Island and Kowloon than from High Junk Peak. Its view also comprises of less wilderness and more cityscape. You can find a lot of rocks either side of the trail to take shots from, we certainly pop all over the place on our visit. 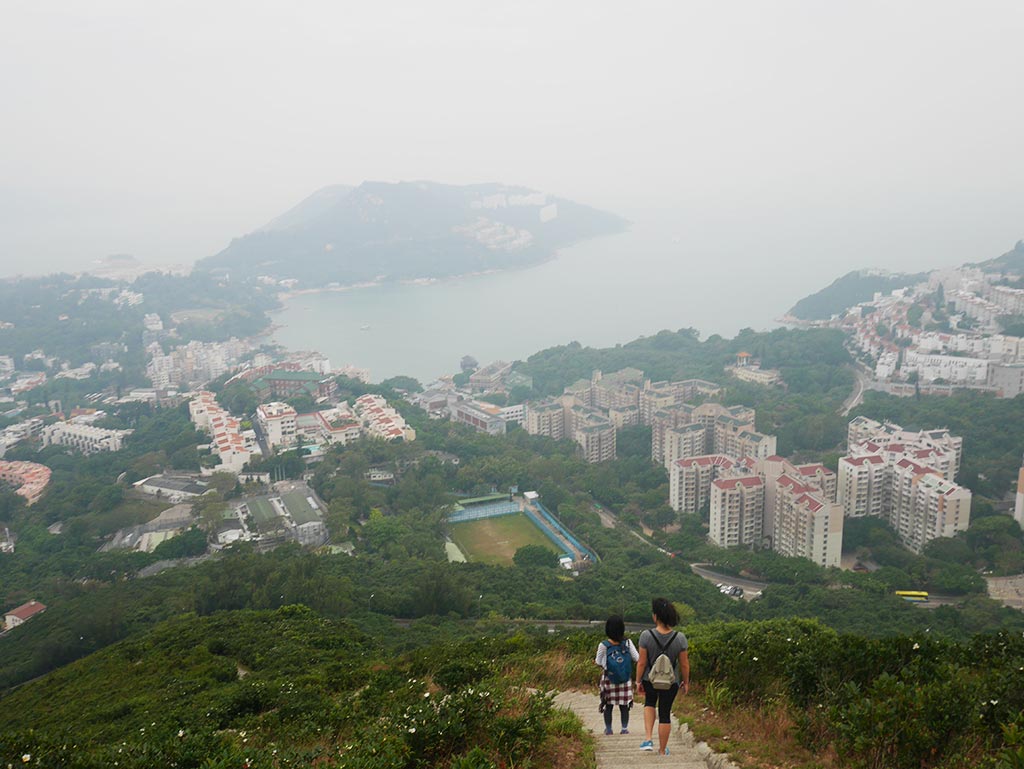 The endless stairways down towards Stanley. Despite the weather, we could still see the peninsular clearly!

Despite the brutal thousand steps of stairs that are required to conquer the top of the peak, many still choose the hike the Twins Peak. Why? Because it gives you a completely unobstructed view of the Stanley peninsula. Part of the Wilson Trail Stage 1, the Twins Peak amounts to the equivalent of 60 storey’s staircase. So you best get your keen brace on if you want to hike this beast. 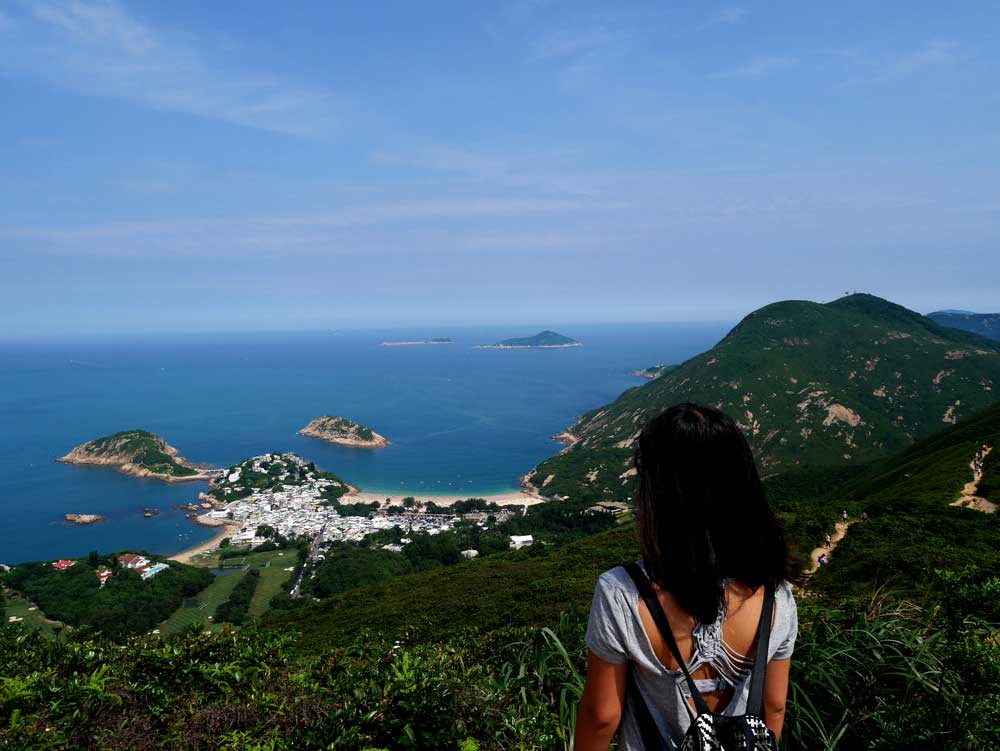 Facing the village of Shek O, Dragon’s Back is an easy hike suitable for beginners!

The award-winning urban trail is the most popular trail on Hong Kong Island because of its view and ease to hike. One can’t deny the beauty of a ridge trail and the view of Shek O. However, it gets overcrowded on a weekend. So if you hate hiking in a queue, then try to go on a weekday. 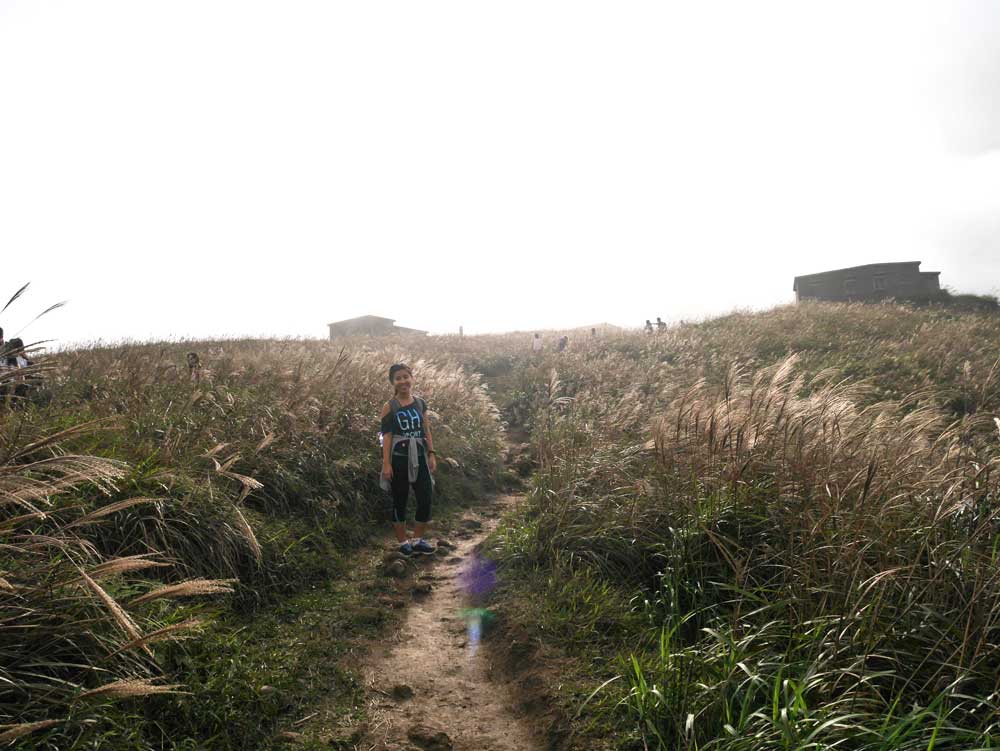 Less strenuous than the Lantau Peak, Sunset Peak on Lantau Island is beautiful in fall when the silver grass bloom across the entire mountain top. Again, hiking to the top involves a lot of stairs and its popularity means many people heads there unprepared. It is the best place to admire the silver grass and if you have the time to spare, go further up to Lantau Peak to camp overnight to view the sunrise the next day. 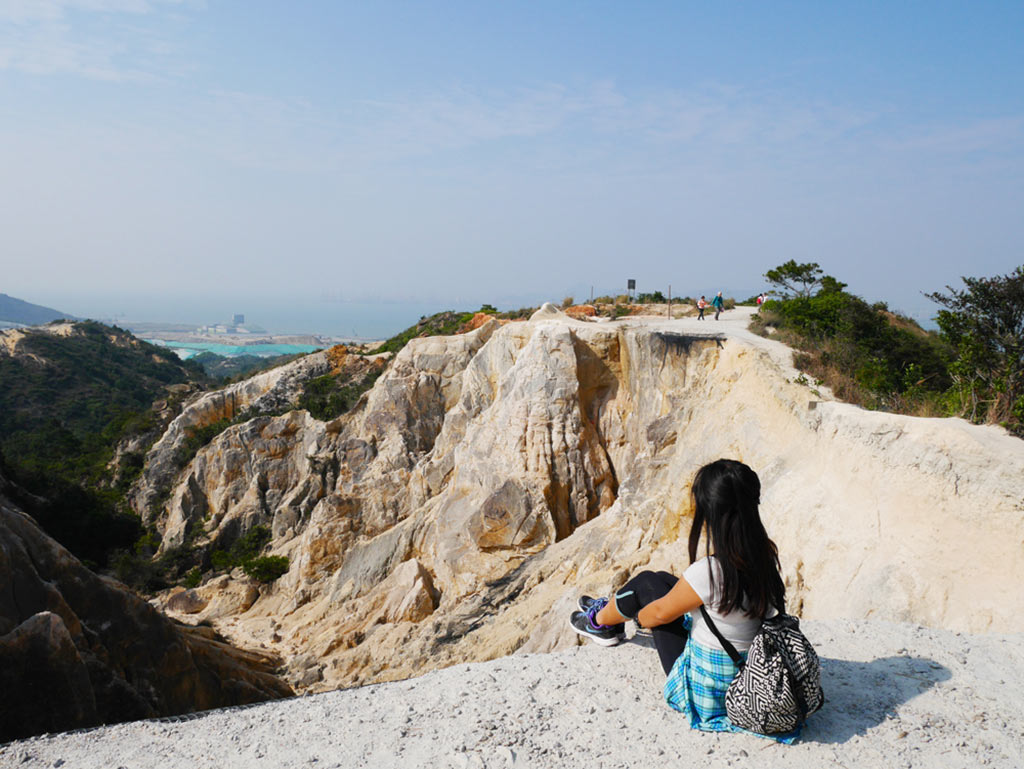 A landscape that’s not often found in Hong Kong and reminiscent of Grand Canyon!

Technically not a hiking trail since it’s well paved most of the time, the Pineapple Mountain in Tuen Mum is the shortest hike on the list. It also stays on one path only and aside from being very hilly in the beginning is easy to get to. It is dubbed as the Grand Canyon of Hong Kong with its weathered surface and sandy ground, however, it is a lot smaller than it looks. 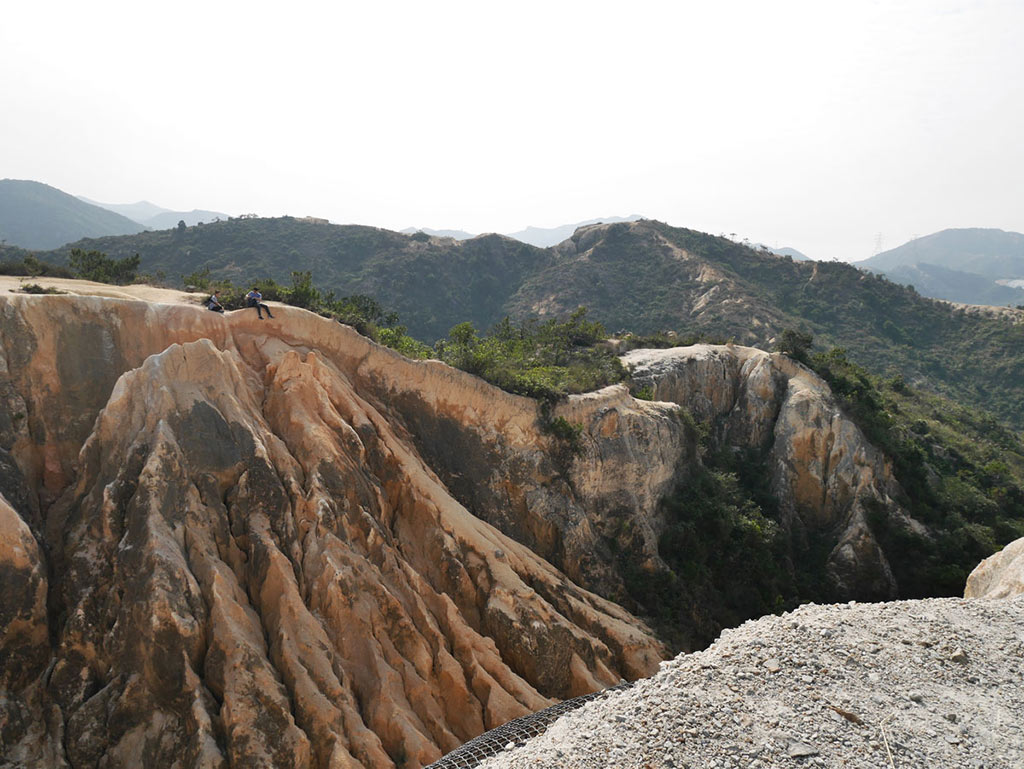 If you have been to somewhere similar then chances are this won’t impress you. But since it’s unique in Hong Kong which is made of mostly igneous rock. Since it’s so far in New Territories, when I went hiking there I ended up eating in the Yuen Long town center, too. You can find my itinerary here.

Pin the best views of Hong Kong for later: 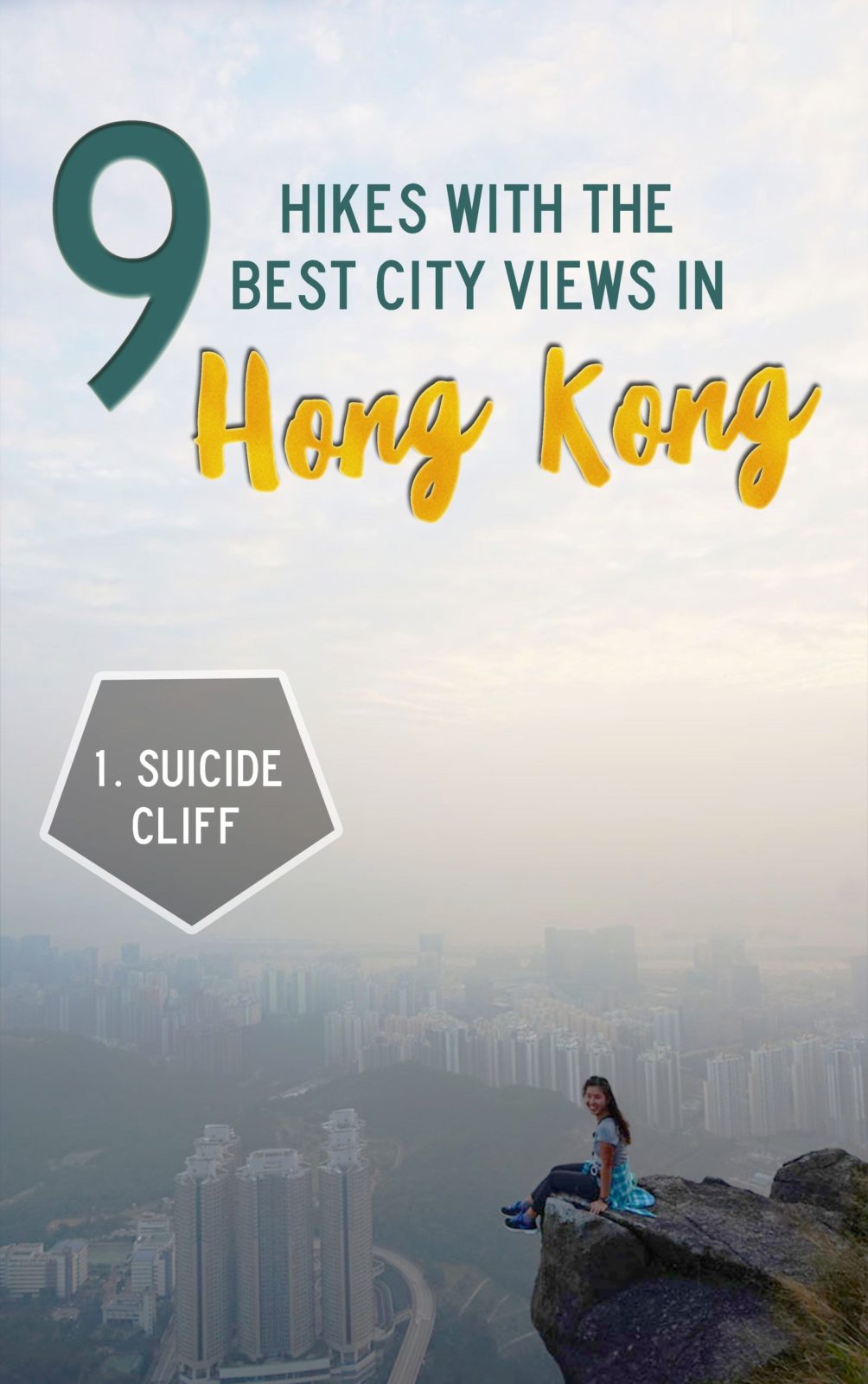