I am just cutting to the chase and saying: I loved everything about my helicopter tour with Air Maui, so if you’re looking for an Air Maui review, I’m giving it two thumbs up! I got so many great photos that I wanted to share and a few tips to help you enjoy your ride to the fullest. 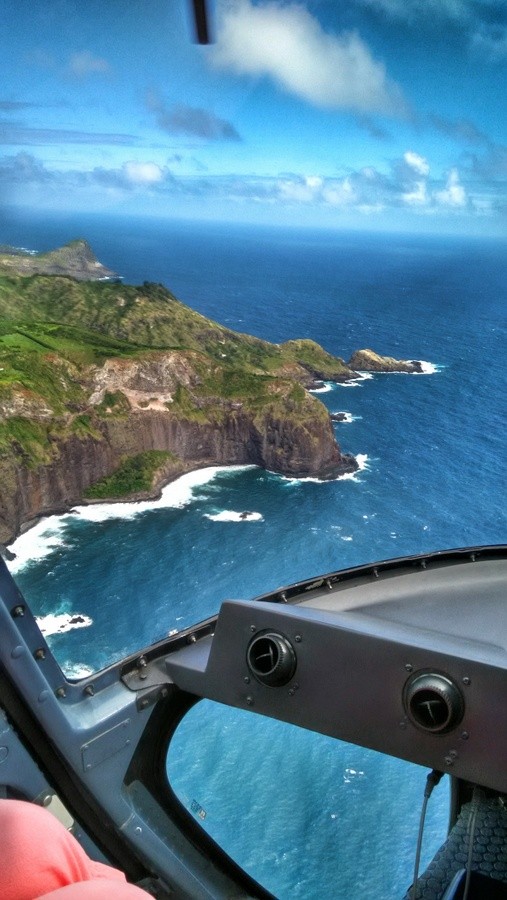 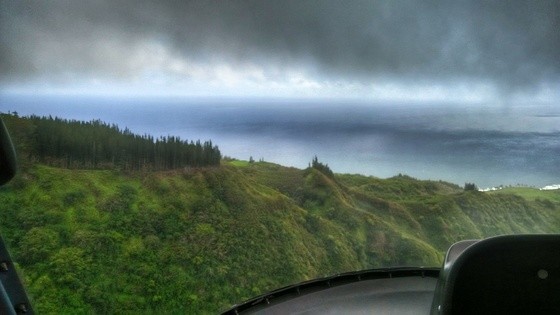 First off, getting there. Air Maui is at the heliport at the Kahului airport. Actually, ALL of the helicopter tour companies are lined up next to each other. You need to take 5 dollars exact change for the parking, arrive 30 minutes early (it’s easy to find on Google maps), and wear black so there is no reflection on the windows. I went the morning after I flew into Hawaii and didn’t have a single black thing in my bag, so ugh on that one! The pictures turned out okay though. 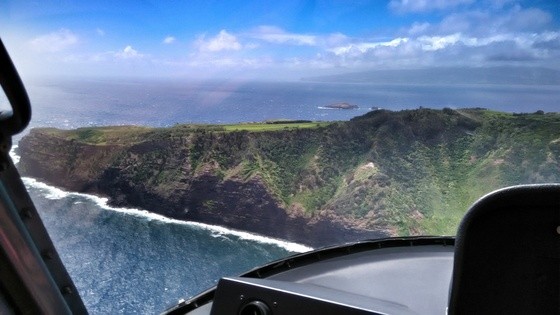 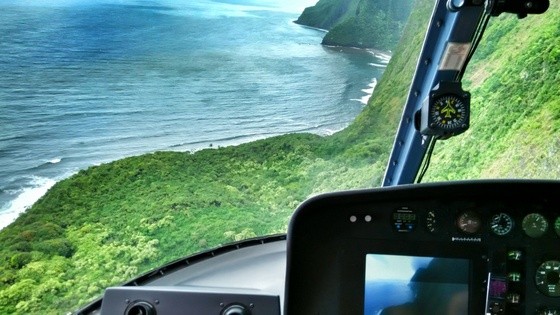 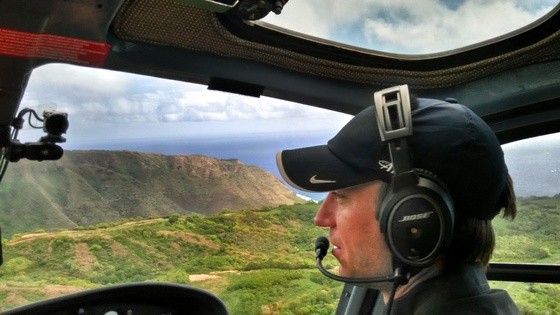 You can’t take anything on the helicopter with you except a camera. They will weigh you, and if you’re over 240 pounds you’ll have to get an additional seat.

If you think it’s a bit scary, it’s not at all! It was a smooth ride and even though the glass is right in front of you so you can see everything, it never made me nervous looking down. I think because you’re going fast, it seems like a ride. 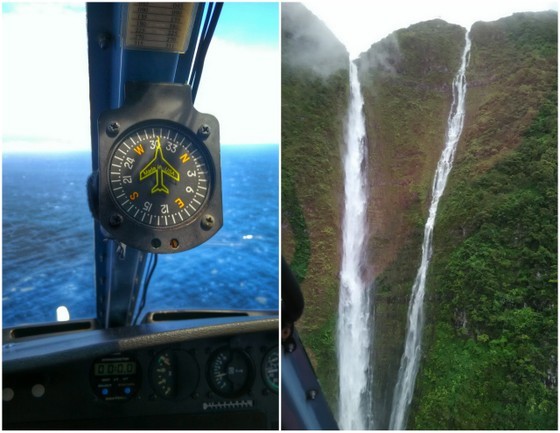 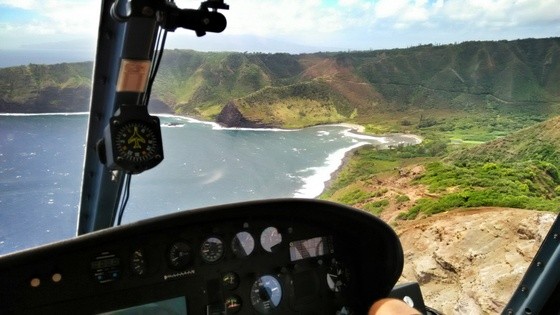 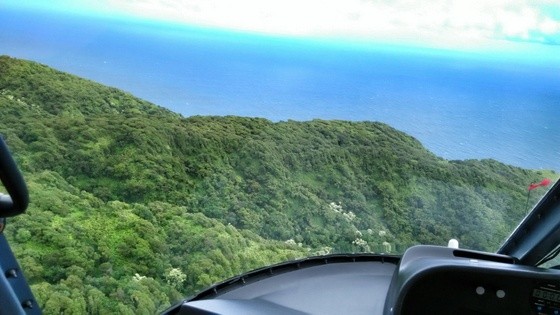 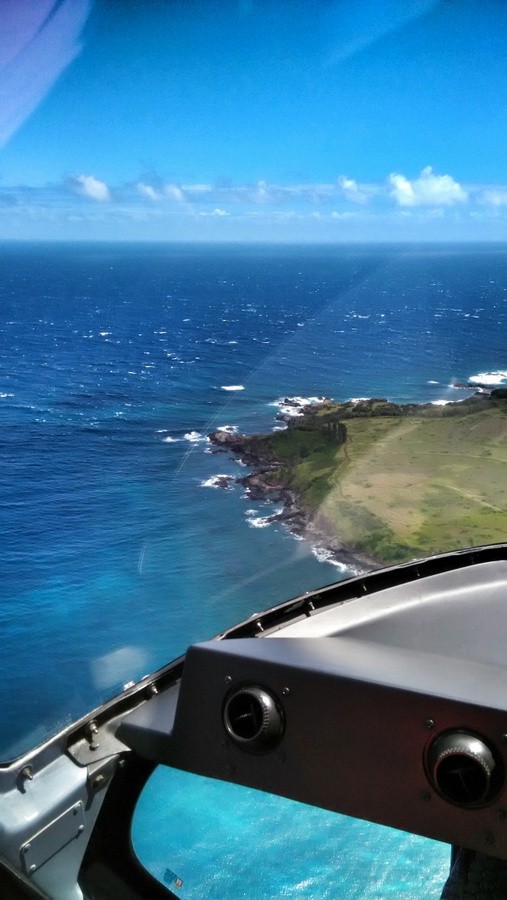 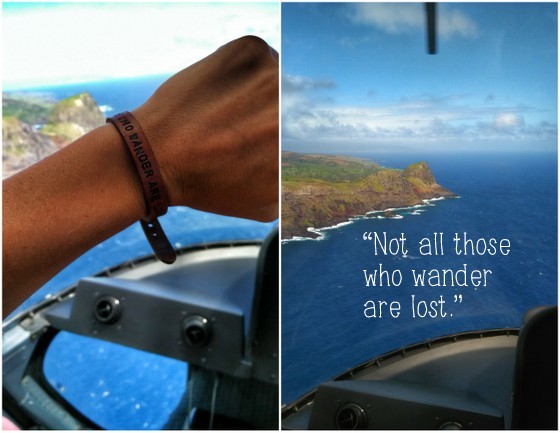 I felt like a super lame-ass taking this pic, but ya know, instagram.. then it didn’t really turn out showing my bracelet has the quote so didn’t even make it on Instagram! The things I do for blogging.

You’ll wear headphones and not be able to talk to the pilot because he’s dealing with air traffic control at first, but he can talk to you into his little microphone. There’s also a playlist going with some sweet music. 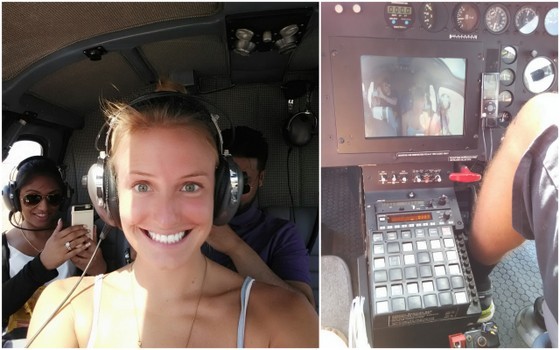 It’s hard to not push the buttons. Good thing Ben is afraid of heights and didn’t come, because he would have touched at least one. 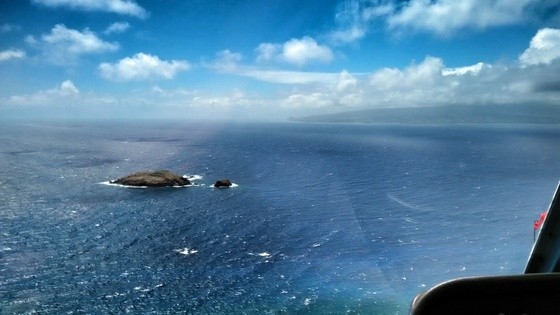 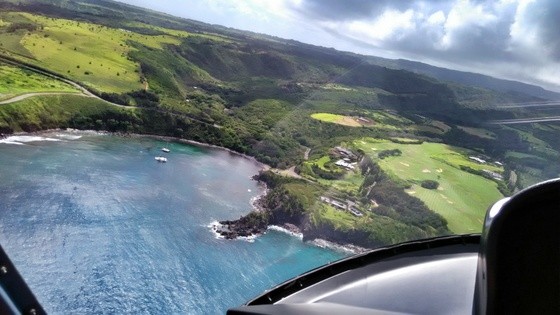 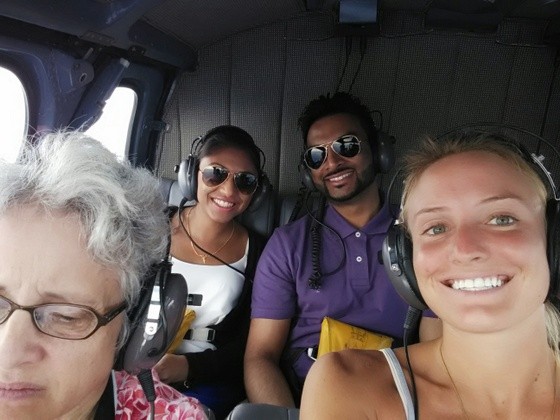 How crazy that the couple behind me has family from Goa and Kerala!? They were on their honeymoon. I made besties with this fellow solo traveler on the left.

The ride I did was the West Maui / Molokai (another island), was 40 minutes long and cost $253 USD. If you’re solo like me, you get a discount! I’d be curious to try the road to Hana one as well, but loved the one I did. If you’re a millionaire reading this, then you might like to know they do private charters starting at over 2,000 USD per hour.

Our dude was really cool and flew right up next to some waterfalls, one of which was going sideways because it is so windy here with the “trade winds”. Here’s the sideways waterfall: 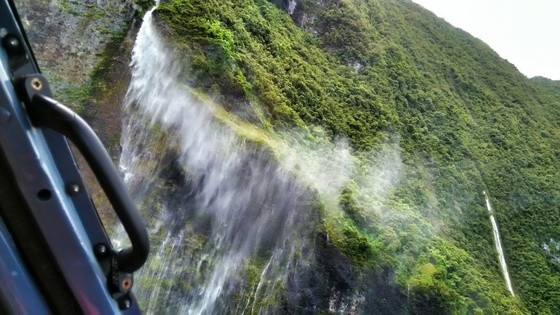 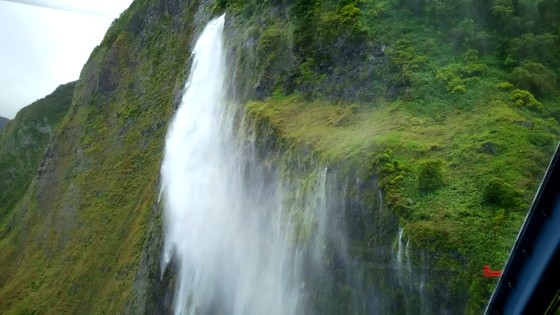 When the pilot took us into the valley of the mountains, and up near the waterfall I almost got happy tears again, which hadn’t happened since a very touching Budweiser commercial involving a horse a puppy.. takes a lot for me! Our pilot told us some cool stories about the island while we flew around.

One was about how the islands came to be. He said one local story is that there was only one, the Big Island, and a kid was fishing there. He caught a the smaller islands but while pulling in the line broke leaving them halfway out, how they are now. He also pointed out the mountain goats on the side of the cliffs which was crazy! They have no predators, so kind of overtake everything. 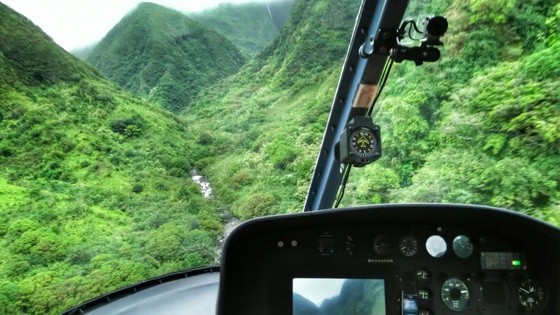 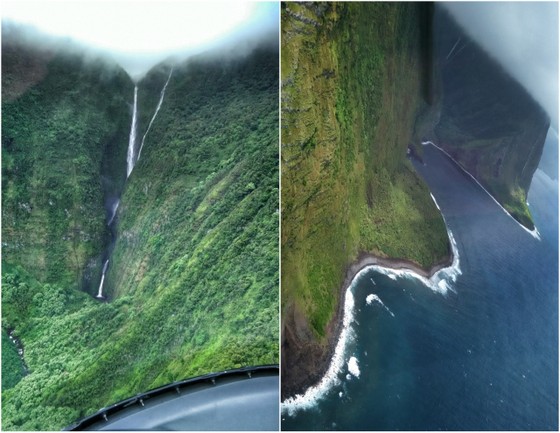 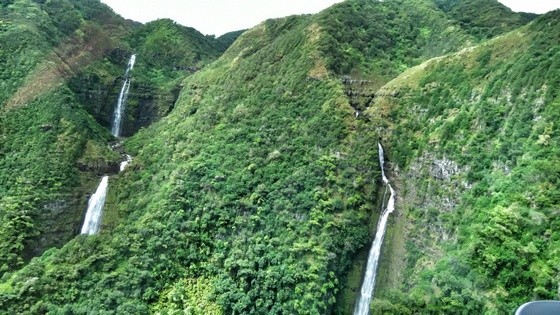 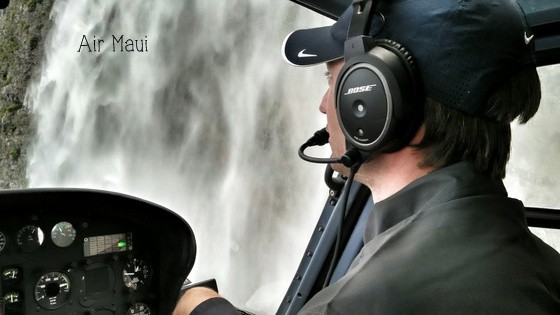 I was a guest of Air Maui on this tour, but all opinions are always my own.