All About Lake Sevan in Armenia

Armenia remains one of the most underrated travel destinations in the Caucasus region and the unbelievably blue, sparkling Lake Sevan its star attraction.

Lake Sevan is a popular destination for Armenians who tend to spend their hot summers in the area enjoying the sandy beaches and cool waters. Elsewhere, in the more remote parts of the country, winding roads surrounded by snow-topped mountains lead up to spectacular, lonely monasteries set in some breath-taking scenic locations where meeting other tourists or travelers is a rarity. But not here. 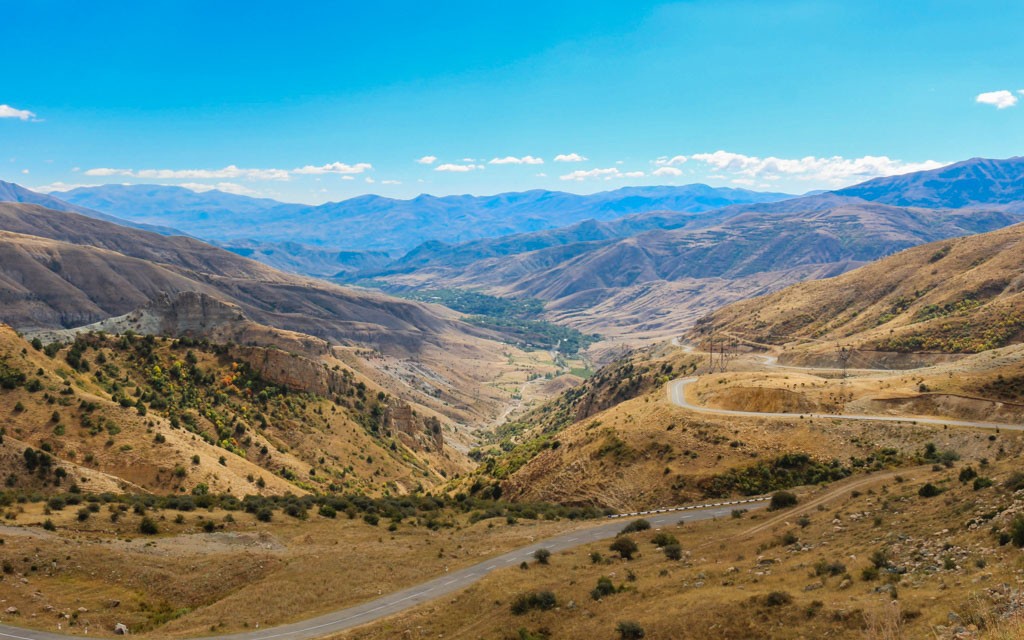 The lonely winding roads of Armenia

With Lake Sevan taking up over 5% of Armenia’s surface, there’s quite a lot happening around its extensive shores. A little peninsula, which was once an island, is home to a 9th century Armenian church called Sevanavank whilst the curious Noratus cemetery and solitary Hayravank monastery are close by.

Getting to Lake Sevan

The best way in which to get around in Armenia is by driving a rental car, which can be hired in Yerevan. We were actually on a road trip around both Georgia and Armenia so we rented our car in Tbilisi, Georgia and crossed the border into Armenia with it. You can easily include a stay in Lake Sevan on your way to Yerevan from the border or on the way back.

If you intend doing this, be aware that you will need to buy extra car insurance just after crossing the border into Armenia. Do not pay the first person offering insurance, you can find better deals if you take your time to check out different prices at the shops further down the road.

If you are not driving yourself, you can get to Lake Sevan from Yerevan using public transport. Minibuses run from Yerevan to Sevan town quite frequently (travel time about 1 hour) from where you could then get another local bus or a taxi to Lake Sevan. We did not use public transport so we cannot comment about the ease of traveling this way. The possibility definitely exists though! 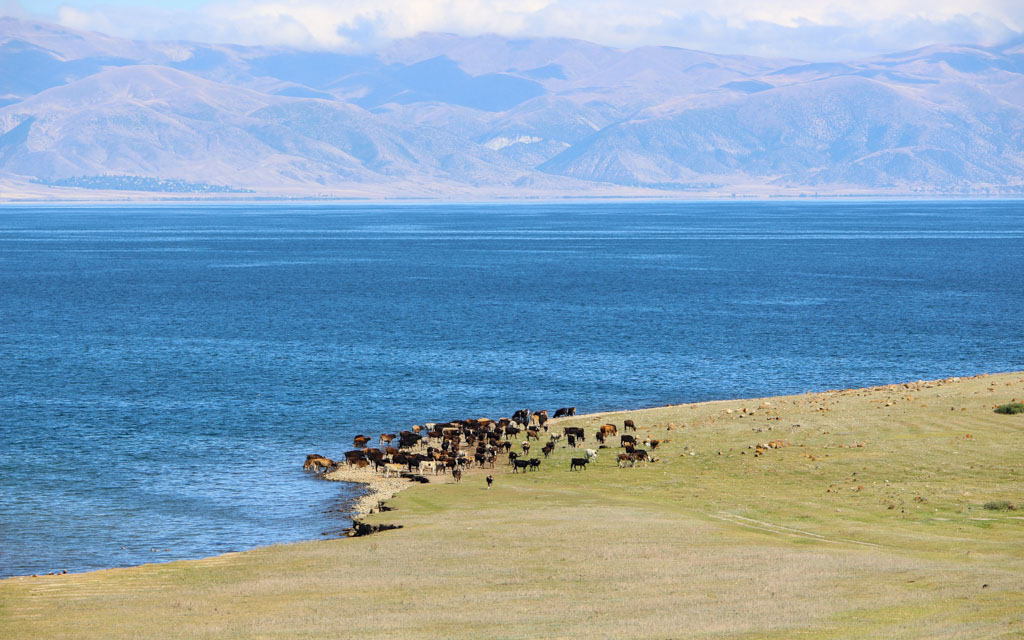 A herd of cows grazing on the banks of Lake Sevan

Where to stay in Lake Sevan

The western and northern shores of Lake Sevan are home to a wide range of accommodation options. Many of the resorts have beachside cabins with beach access but the mid-range options seemed to be very hit or miss according to the online reviews.

Because we were very flexible, we preferred staying a few kilometers out of the area in a little village called Tsakhkunk, which was home to a highly-rated guesthouse, from where we drove the short distance to Lake Sevan every time we wanted to go there. 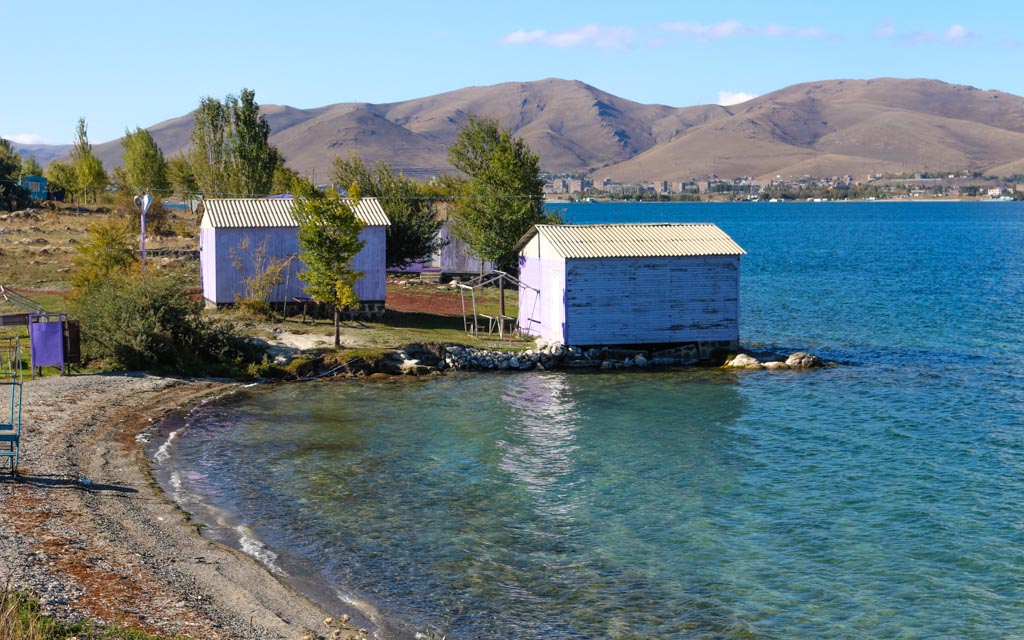 What to do in Lake Sevan

The popularity of Lake Sevan is partly due to the easy accessibility of the lake from Yerevan. Whereas many of the other more remote parts of Armenia have very little tourism infrastructure, Lake Sevan is well equipped for tourists, many of whom are local.

The most obvious reason to come to Lake Sevan is to get away from the summer heat in other parts of the country. Lake Sevan is a lot cooler than Yerevan being almost twice as high in elevation and hence provides a very refreshing retreat from the capital city which can be both stifling and oppressive during the summer months.

There are a number of water based activities happening around Lake Sevan. You can swim in the cool blue waters of the lake, worship the sun on the public beaches or jet-ski and wind-surf along the lake. Boat rides on the lake are also available if you would like to experience different parts of it.

Dining on Lake Sevan’s fish is a highlight in itself. Excellent fish restaurants line the lake’s shores or you can sample the fresh fish being barbequed right on the beaches. Either way, you’re in for a scrumptious experience! 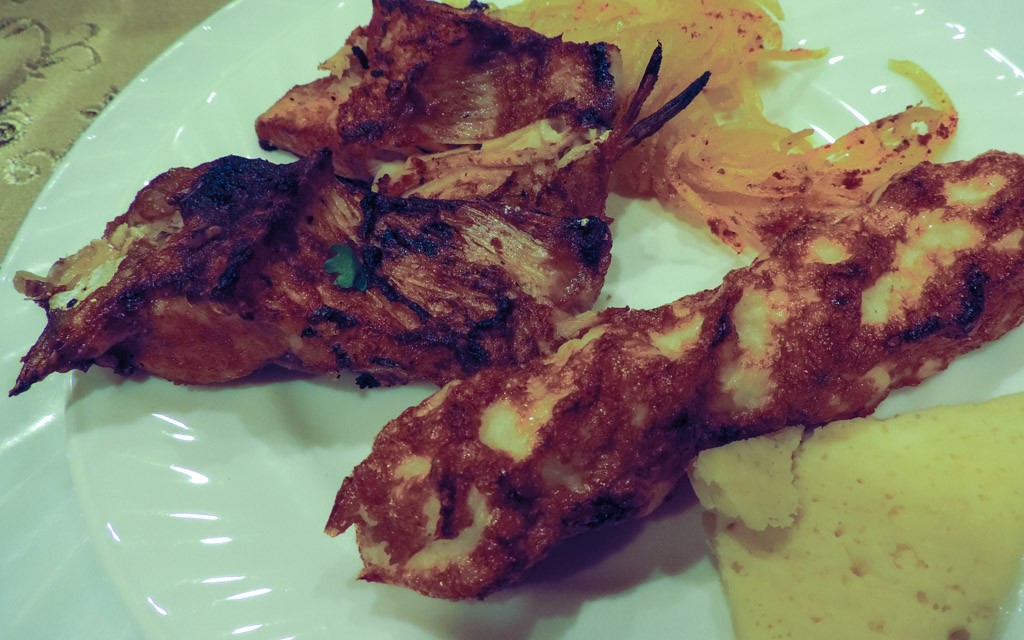 This 9th-century monastery is actually a two-church complex and is one of the most-visited sites in all of Armenia. The monastery is ancient and well-preserved making it interesting to visit, but the best thing about Sevanavank are the glorious views over the lake.

The monastery can be accessed by means of some steep stairs, where little stalls selling drinks and all manner of souvenirs are located. If you’re lucky and the skies are clear, you can expect to get some great photo shots of the churches overlooking the lake. 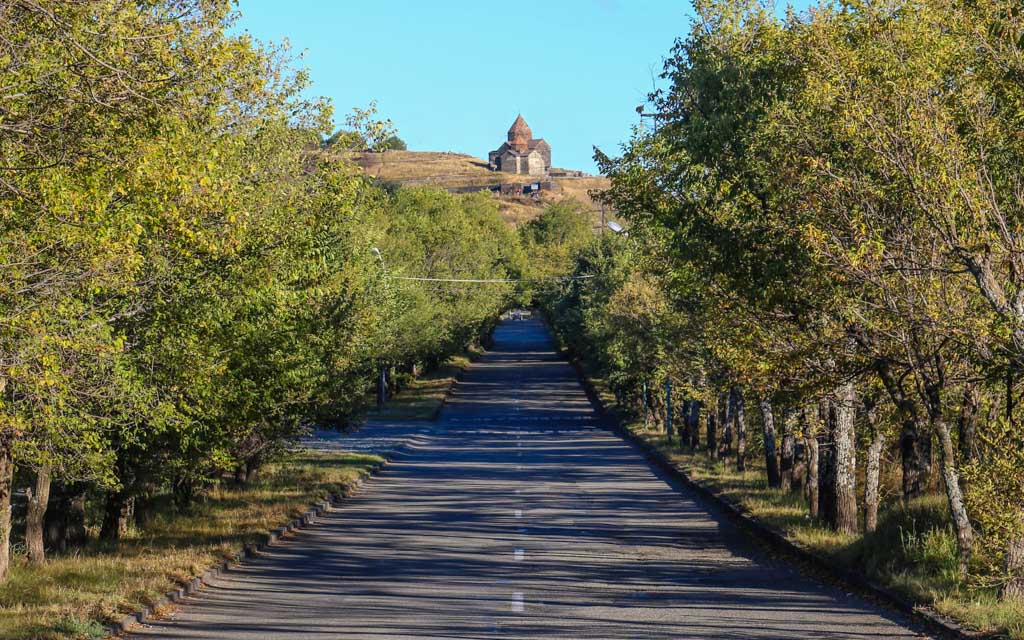 This is by far our favourite attraction around Lake Sevan. Noratus is the largest khachkar cemetery in the world and if you’re wondering what khachkars are, well they are carved memorial stones in which crosses and other motifs are carved.

Some of the khachkars in Noratus date back to the 10th century. Despite it being a very fascinating place, there were few people around when we visited and we mostly shared the space with a flock of sheep who were happily grazing on the grass around the carved stones as their shepherdess looked on. 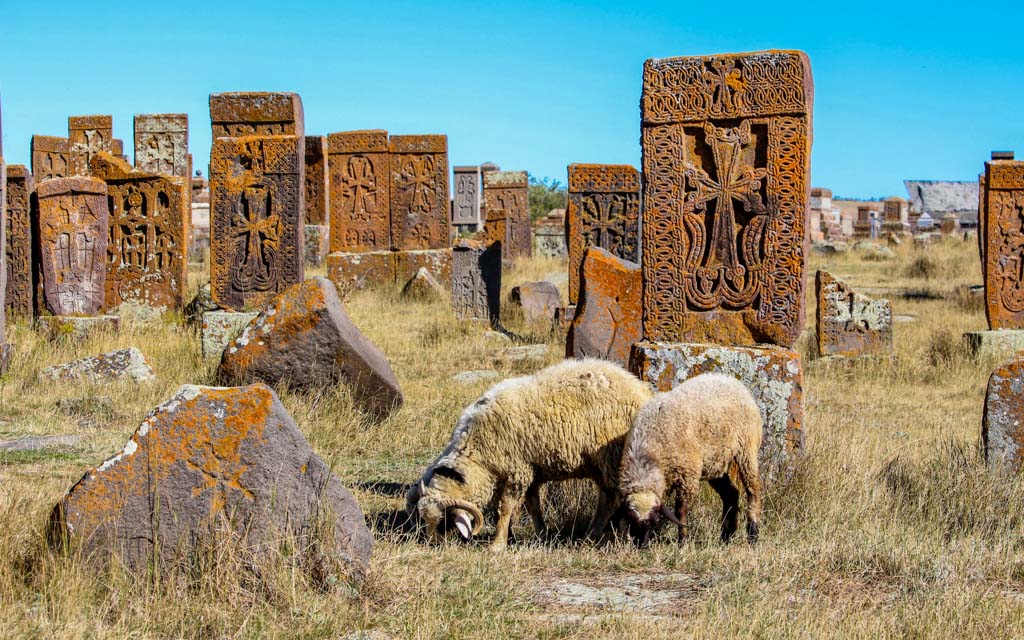 We personally thought that the 10th century church at Hayravank was more beautiful than that at Sevanavank, probably due its almost “forgotten” feel and the complete lack of tourists around.

In fact, there was only a shepherd tending to his livestock whilst a herd of cattle was drinking from the lake water close to monastery at the spot where we stopped for a picture.

Hayravank is also home to a few khachkars which are not as grand as those in Noratus. 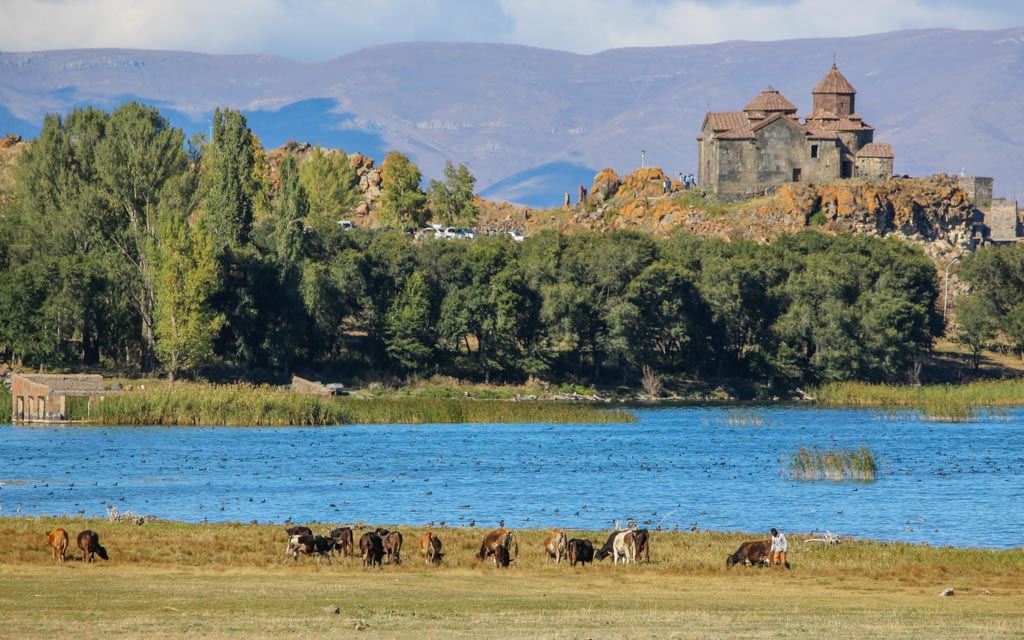 If you’re looking to travel off the beaten track, be sure to put Armenia on your bucket list! The country has still not been discovered by mass tourism and offers some wonderful authentic experiences which are difficult to find elsewhere.

Spending some time in Lake Sevan, which is more accommodating than the rest of the country in terms of infrastructure, is a good way to end a trip to Armenia! 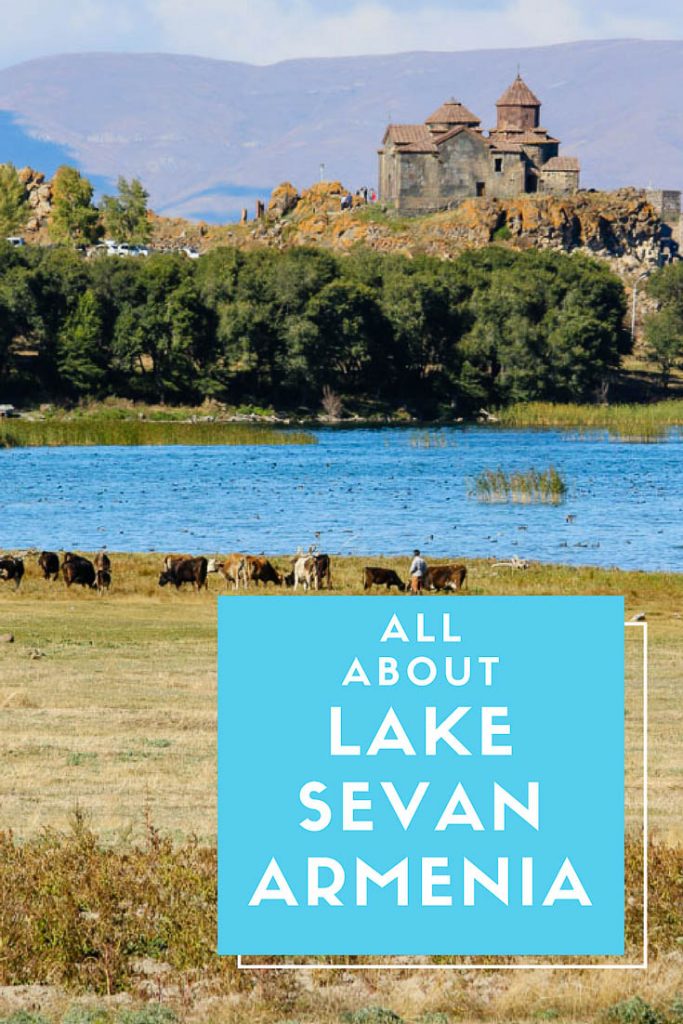