Was backpacking Iran crazy? On our one way ticket to the Far East we never planned on stopping in Iran, a country we knew little about. However, we had heard some amazing stories from backpackers who had visited Iran.

So we decided to go for it! And boy are we happy that we did. We spent one month travelling the country, from the date palm trees in the south, through the deserts in the west to the freezing mountains in the north.

Iran seems to offer everything a nature-lover can desire, where you can enjoy four seasons all-year round. Here you’ll find the hottest deserts on earth, the world’s largest water cave and the tallest mountains in the Middle-East. Not to mention, being repeatedly titled the most hospitable nation in the world by experienced travellers, with an unrivaled cultural heritage of ancient Persia. 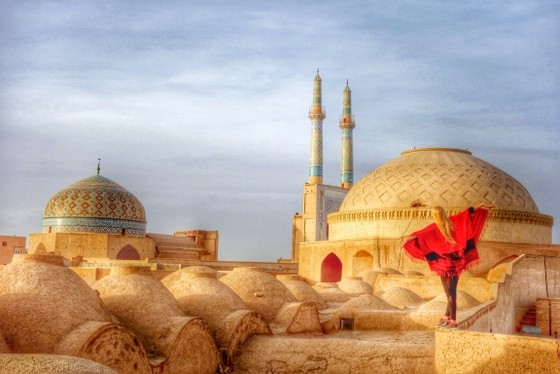 But is it really safe to visit Iran?

At first our ignorant minds wandered about the Islamic State in Iraq and Afghani Taliban. How can it possibly be safe to travel to Iran, bordered between these two unstable countries? But we were wrong! After filtering through media propaganda and US embassy warnings, we found heaps of real travel stories, all mentioning how safe it is to visit Iran.

After spending 30 days in the country we can now share our own personal experience. We felt safe from day one! Even when wandering the streets after nightfall. Iranians have the utmost respect for travellers and make their efforts in convincing you that Iran is safe, disproving the media rumors. As a result of a strict Islamic regime, violent crime rates are low, even lower than in the US.

That being said, every country has its own set of rules and Iran might have stricter rules than most countries, but as a travelers it is your responsibility to respect them. These rules might bother some, for instance gender separation and strict female dress codes. Women must cover their hair by law and dress appropriately. However after a few days in Iran this gets into habit and by respecting their culture you will not face any trouble. Also, keep in mind that many Iranians disagree with the opinions of the ruling government. So don’t let your own thoughts of the islamic regime keep you away from visiting this beautiful nation.

So now that your safety concerns are out of the question, let’s have a closer look at what the country really has to offer. 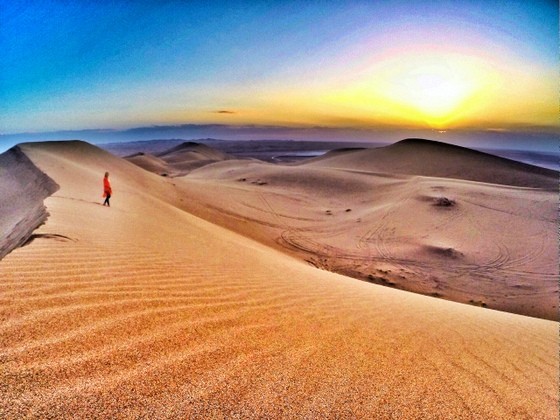 10 things to experience while backpacking Iran

You won’t find many restaurants in the country, since Iranians prefer to cook at home. Most dishes include rice and meat (lamb, chicken or fish) mixed with various herbs and spices. Kebab with saffron rice is a popular dish, but the Fesenjan, a savory stew featuring duck, pomegranate and walnut, is a must try! Sitting on the carpet floor is the usual way of dining for most Iranians, whether poor or rich. At first we had some difficulties finding a comfortable position, but with every meal our muscles and ligaments seemed to get more and more used to the strain. Somehow sitting together on a beautiful Persian carpet makes the atmosphere more relaxed and less formal than dining at a dinner table. 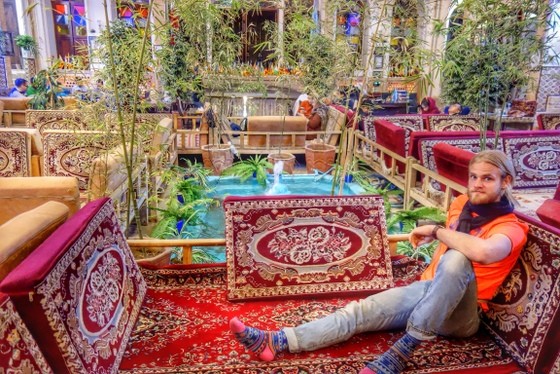 2. Go back to ancient Persia and visit Persepolis

Did you know that Iran is home to one of the world’s oldest civilizations and hosts thirteen UNESCO World Heritage Sites? Persepolis is one of them and one of the greatest ancient UNESCO sites in the Middle East. Built over 2500 years ago, Persepolis was the capital of the Persian Empire, back when it reached from Greece to India. The world empire was thought to have inhabited 44% of the world’s population during these times (the highest such number of any world empire). Its glory came to an end when Alexander the Great burned and sacked the city 333 BC, leaving Persepolis in ruins ever since. 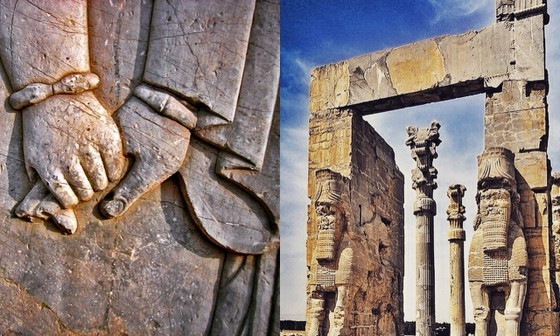 3. Climb the Kalouts of the Shahdad desert

The so-called Kalouts are a rare formation of towering sand rocks, scattered around in the Shahdad desert. Here you will also find one of the hottest spots on earth, with ground temperatures reaching as high as 70°C during summer. Here you won’t find any living creatures, except maybe the toughest bacteria. 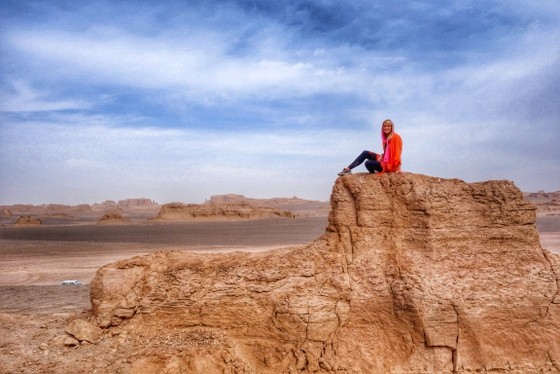 4. Meet the locals and learn how to Tarof

Iranians are famous for being one of the most hospitable nations in the world. You won’t have to wait long to test this reputation. We hadn’t even landed in Iran, but already we were starting to get invitation to stay for dinner or overnight from complete strangers. Accept these offers once in a while and get to know the unique etiquette of Tarof, where denying a cup of tea at least three times before accepting is considered courteous. 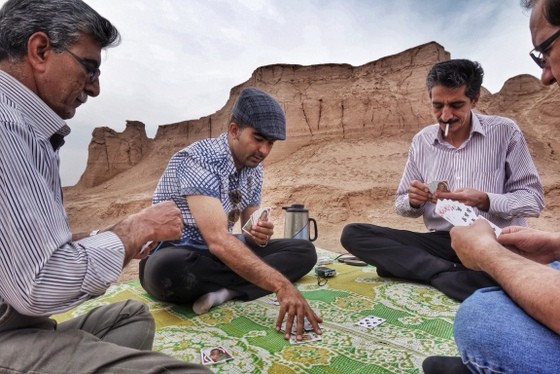 In the Alborz mountain range, north of Tehran, you’ll find one of the highest ski resorts in the world, Dizin. This resort has a good number of pistes to choose from and at the top (4000 m) you’ll get a perfect view over Mt. Damavand, Iran’s tallest mountain. 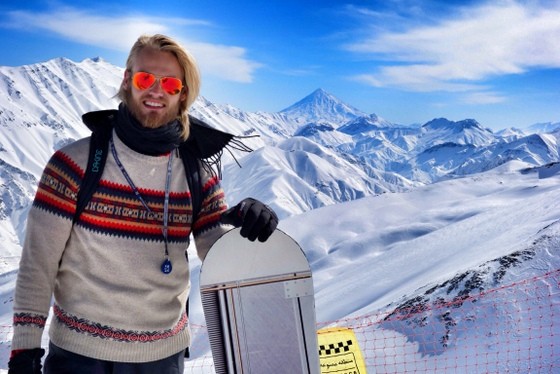 6. Try the local wine in Shiraz

Shiraz is a beautiful city with many places worth visiting, from holy mosques and shrines to busy bazaars and botanical gardens. Many might be familiar with the city’s name from its reputation of producing the finest wine in the Middle East. Apparently, making wine for export is legal but consuming alcohol in Iran is illegal! Despite that, many Iranians in Shiraz will invite you their own homemade wine, but behind closed doors. 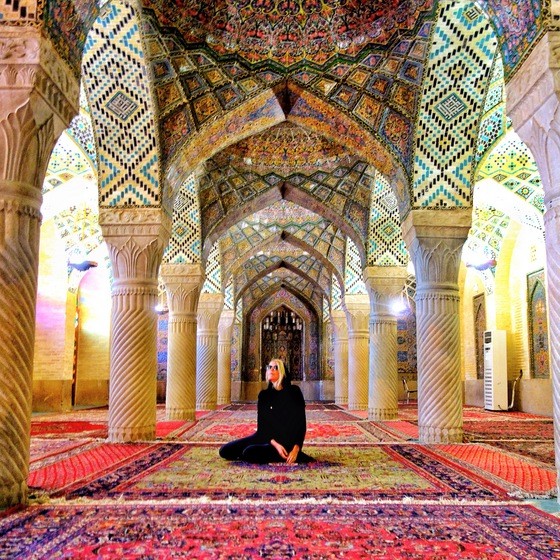 7. Visit half of the world in Esfahan

Once a capital of Iran and known for being one of the most beautiful cities in the world, with tree-lined boulevards, historical bridges and Islamic architecture. There is a famous rhyme in Persian “Esfahan nesf-e Jahan”, meaning “Esfahan is half of the world”. 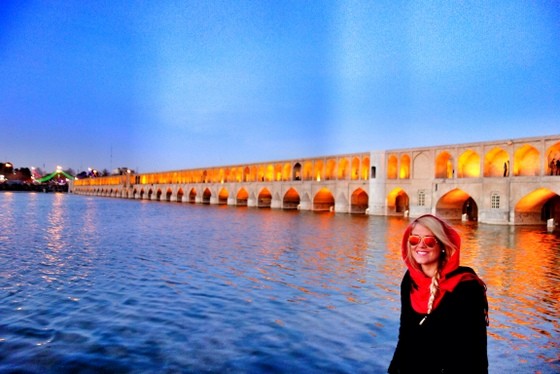 8. Get lost in Abyaneh, the ancient mountain village.

Often referred to as the Red Village for its red mud brick houses and the surrounding mountain terrain (bearing the same colour due to iron oxides). The village is at least 1500 years old originating from the time of the Arab invasion, when many of the Persians fled to the mountains and deserts to escape forced conversion to Islam. 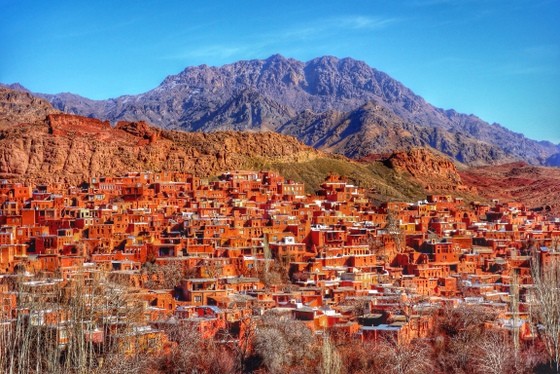 9. Sail into the largest water cave in the world

Take a 2.4 km boat tour inside Ali-Sadr cave, the largest of its kind. On the walls inside you’ll find pictures of animals and hunting scenes dating back to 12.000 years ago. 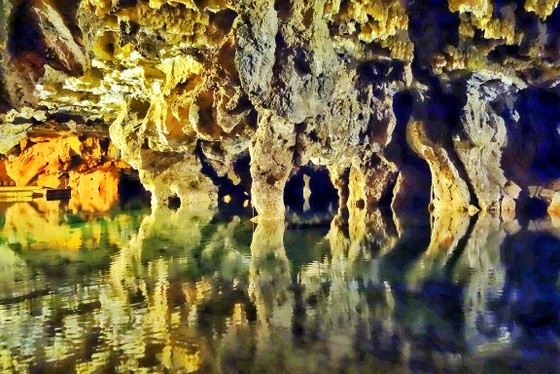 10) Bargain for a Persian carpet at the bazaar

It can take one person up to 6-12 months to weave a 1.5 x 1.0 m carpet depending on how dense you weave it (knots per square inch). They can cost you up to 5000$, but you can get them for cheaper, with fewer knots made from cheap wool instead of silk, colored with chemicals instead of organic dyes, but we couldn’t get our eyes off the irresistible and shiny silk carpets woven to perfection. Take your time, drink tea with the owners and visit a few different shops. When you find the right carpet, remember to bargain heavily! 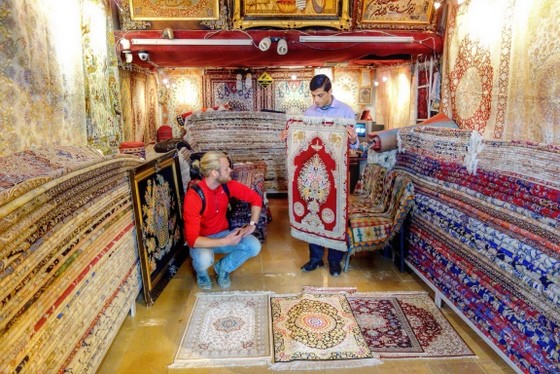 So, those are your top 10 things to do in Iran!

If you are looking for a country off the beaten path, then Iran is the place for you. The tourism is quite underdeveloped and it’s remarkable to see how Iranians stay close to their old traditions. Due to sanctions and poor economy, the lack of foreign influence seem to have locked in the true Persian culture and way of life. This makes Iran a rewarding place to visit especially for curious travelers who want to learn the basis of the country, who its people are and what their culture stands for – ignoring political propaganda and news headlines. So hurry up while you can, you never know when the sanctions will be lifted off, blowing in a gust of Western influence. 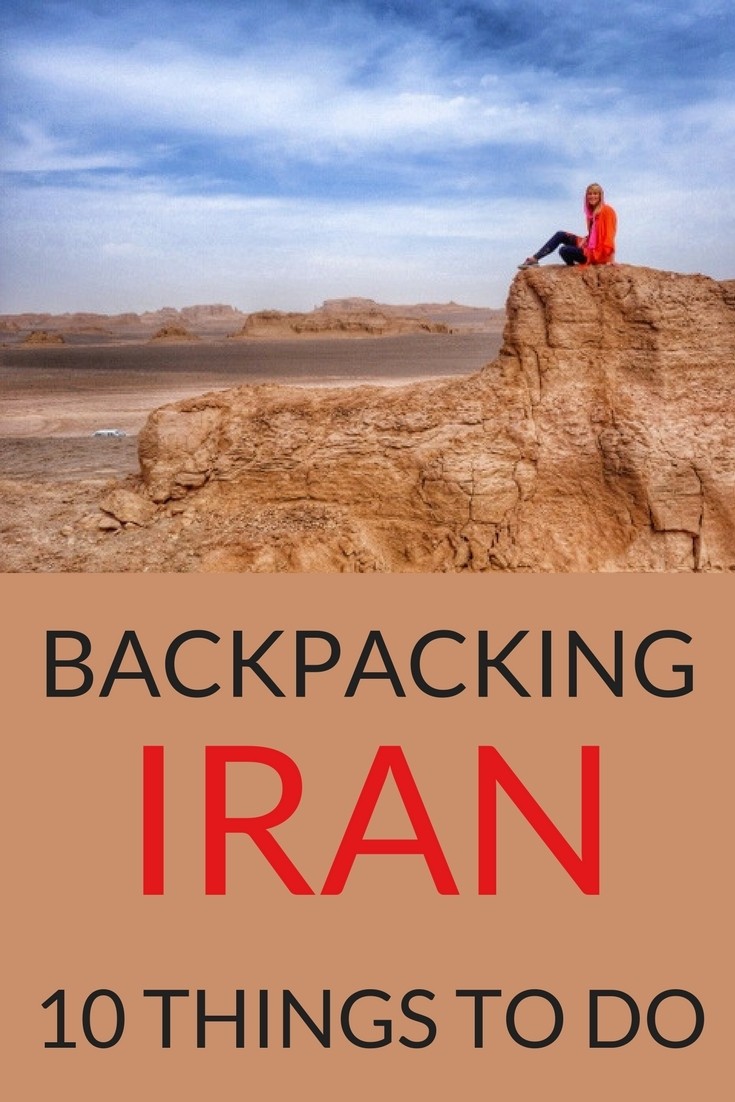 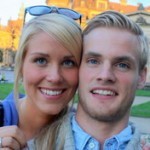 We are two Icelandic travel addicts; Ása, a 24 year old engineer graduate, and Andri, a 26 year old freshly baked medical graduate, who decided to leave our daily life to pursue our lifelong dream of longterm travelling. Growing up on a little isolated island in the middle of the Atlantic Ocean, we naturally have always been curios to experience the rest of the world. At the beginning of 2015 we headed off for a one-way ticket journey, starting with the Middle East, and decided to share our encounters along the way on our blog, From Ice to Spice. Connect on Instagram, Google+, Facebook, and Pinterest.