I wrote this post a while ago but it never seemed like the right time to post it. I suppose no time is better than Valentine’s day.

Single people: what could your mind accomplish if you didn’t think about boys (or girls) most of the time? Maybe you think you don’t think about them that often… but you probably do. When I first came to India, now 6 years ago, and single, I swore them off entirely. I decided that the trip I was about to take to India was going to be about me. I wanted my journal entries to be about the sunsets, the new friends, and the food… not who I made out with and how his best friend was hotter and OMG, I don’t know which one to pick.

So what happens when you swear them off and really, really mean it?

I had a seriously boring (like, I can’t even go back and read it) travel journal no one would want to snoop through…

And I ended up with a boyfriend. 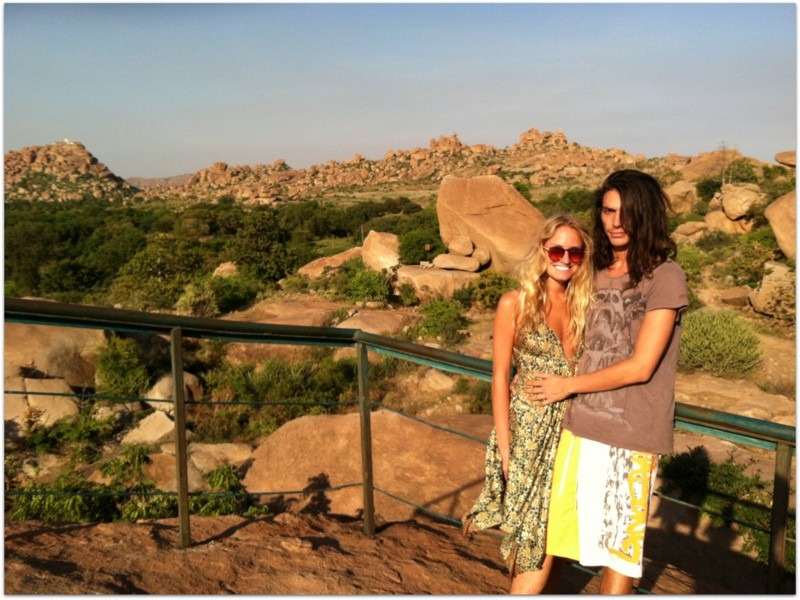 It’s kind of a joke, right? I had never been the serious relationship type. I was pretty proud that I was traveling alone and that I wanted to stay alone for many years to come so that no one would interfere with my travels.

I had accepted that no guy wanted to do what I did. They were either money hungry, ladder climbing, and work obsessed or perpetually 18 in mindset. They wanted their degrees to count for something. (My parents ask: didn’t I?)

I had concluded that I needed to love a bum that didn’t care about work and wanted to spend his last penny to buy a seat on the plane next to me.  I had a fear of falling in love with someone wonderful… that would make me want to stay home, start a boring life, and forget what I’m really passionate about. 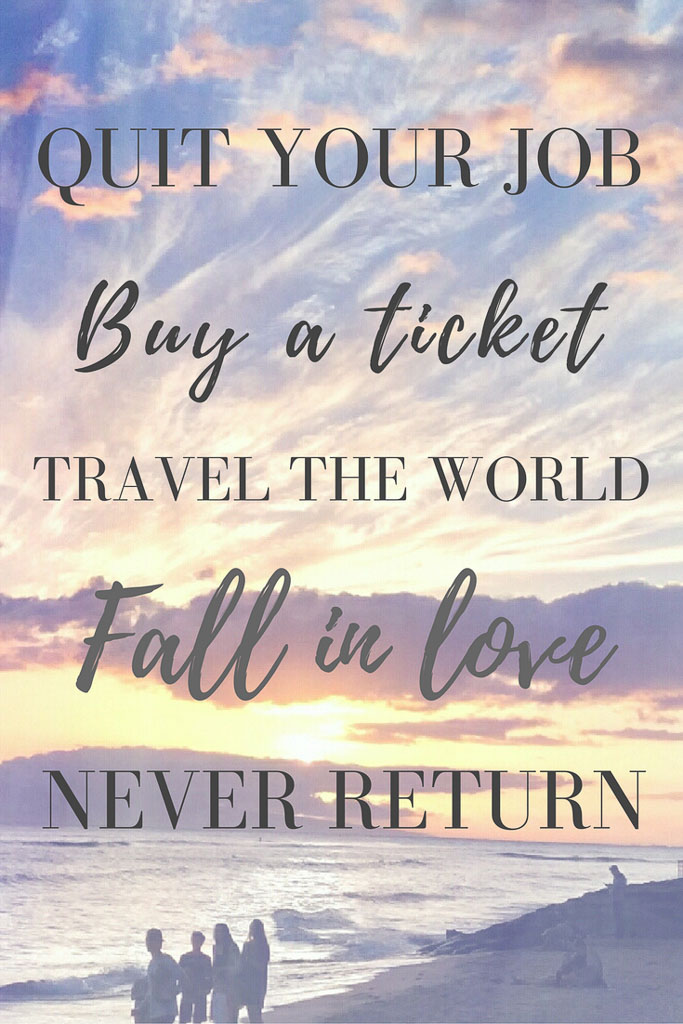 Then stumbled in Ben…

… literally stumbled and dropped a girly drink on my foot. The waiters are always shocked when the strawberry daiquiri is for him and the bourbon is for me.  After a few days of him playing the role of drunken Brit, and I the stuck-up Yank (his words, because the first night we met I was on antibiotics, not drinking, and being a little antisocial…. and remember he did smash a drink on my foot so I wasn’t that impressed) we ended up being a decent match. We spent a week in Goa then went to Hampi. I was only there two weeks. I thought about staying in India but knew I needed to go home at least for a while, because you know you work, money, etc… 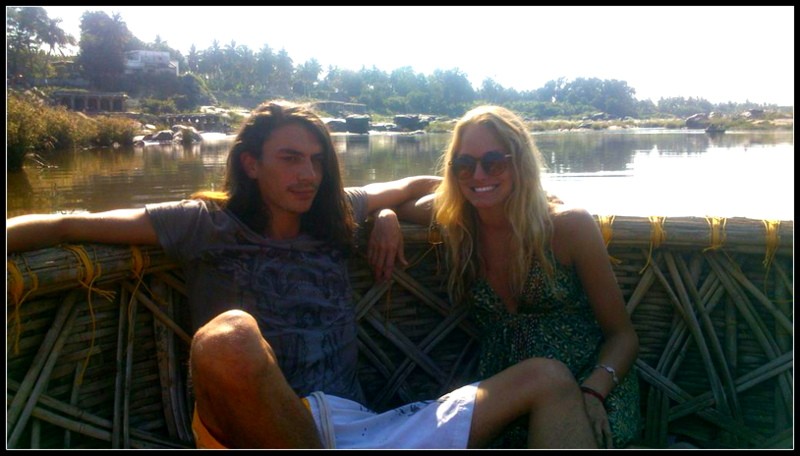 I believe that you can fall in love easy. That’s why all the movie stars fall in love with their co-stars, people on a reality dating show fall in love, or 2 people on a deserted island end up in love. You can be happy forever, but that doesn’t mean they are your soul mate.

I knew that Ben was mine within a week. It was creepy so obviously I didn’t tell him.

He was another nomad, he hadn’t been home in years and he wanted to see the world. But at the same time, he had a job and wasn’t a bum. He was inspiring. Whenever I’m annoyed with his antics now (wanna drive the Omni van to the mountains? umm NO), he reminds me “you once told me I was a breath of fresh air”. 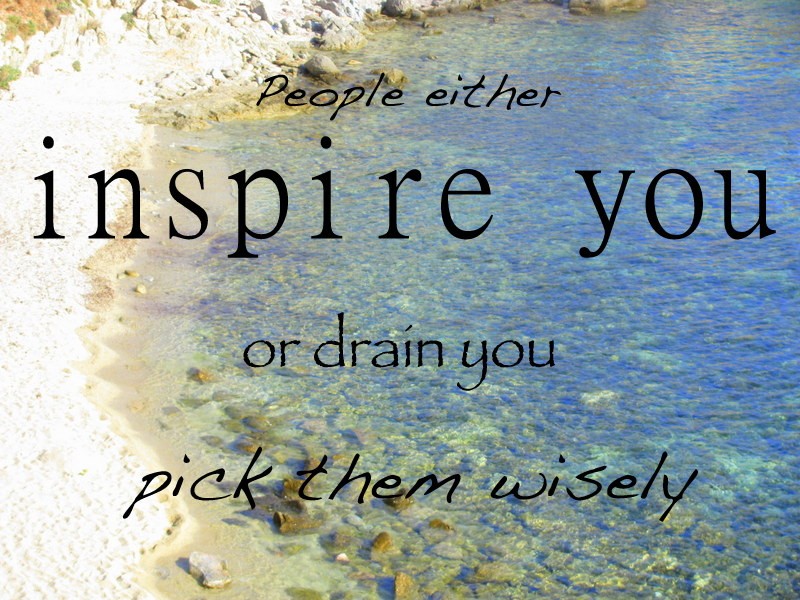 When I told people at home I was dating a British wild child artificial reef designer with hair almost as long as mine that I had known only 2 weeks, it got telephoned (you know that old game). I got a call from a good friend: was it true I was dating an Indian coral trinket street salesmen and I was going to live with him and sleep on a dirt floor?

Most people were excited for me, but some people were not super supportive (I don’t blame them as it did seem kind of crazy to leave my job as a nurse after only one year and move to India unemployed. It took time, but they’ve come around which is good because I’ve been back in India 5 years living with Mowgli, the Indian bin-nibbler as his friends call him, who fate rewarded me with once I stopped looking/caring. 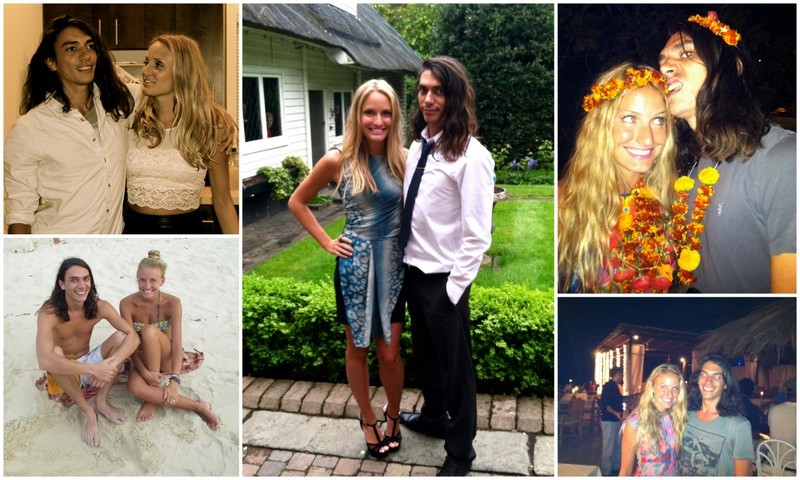 When I think back on the 3 months boy-strike in India, I remember the most incredible trip I’ve ever taken. It was about so much more than the trips in Europe spent partying all night and sleeping the days away. It was waking up at 5 am for sunsets and hiking mountains and ME time with mediation twice a day, yoga, and all those other things that surround you in India.  I have had awesome trips with friends where our goal was to meet cute foreign boys, but when you have no agenda that’s when fate steps in. 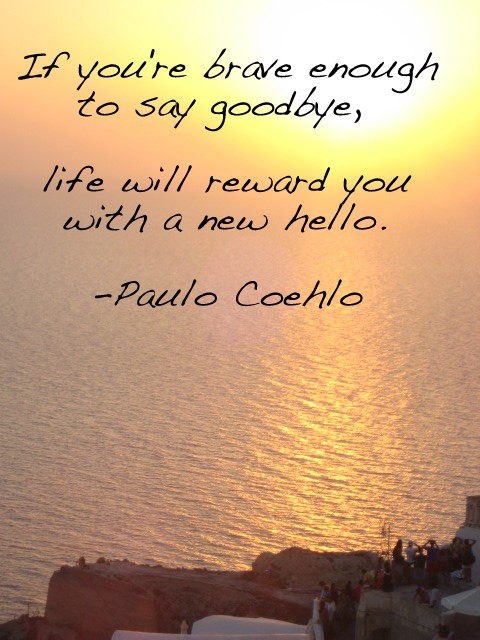 Ok, blah blah blah that’s the end of my corny Valentine’s day post. My point is, if you like to travel and you’re not finding someone where you live… maybe you should start looking, I don’t know.. half way across the world!?

Every single one of my friends who has traveled abroad has met a guy that was so special he changed their lives for the better. Actually, a handful of the travel bloggers I follow also met their significant other while abroad. My friend Ann came to visit me then did a two-week tour in Vietnam – met a Swedish guy, fell in love, and is now living in Sweden happy as can be! So yeah. Don’t pout if you’re alone this V-day, book a plane ticket outta there, especially if it’s snowing where you are!

In the last 5 years, Ben and I have been to probably a dozen countries together from Sri Lanka to Jordan. We’ve spent a month in Hawaii, done a surf camp in Bali, and walked around little English lanes. If you want more personal posts like this (they are rare, I know) you can check out my Ask Me Anything section. If you’re wondering how I managed to stay in India so long after leaving nursing, you can read how I became a travel blogger to earn a living.