Bahubali | One of the 7 Wonders of India

You’re gonna need your Wheaties in the morning to get up the stairs to this statue! This is one of my 8 favorite day trips from Mysore.

The statue in Shravanabelagola is the biggest monolithic statue in India (meaning it is made from one stone only) and one of the 7 wonders of India (with 47% of voters choosing this as number 1). It was built in the 10th century AD. 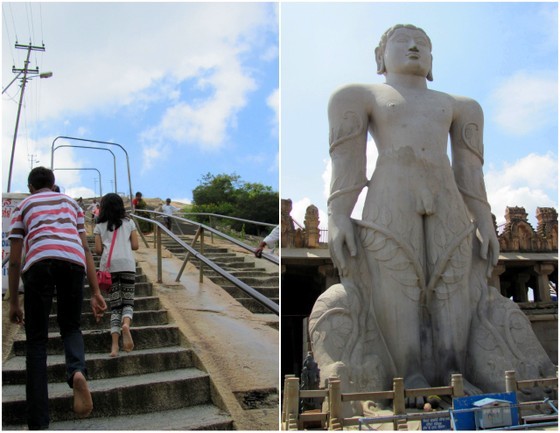 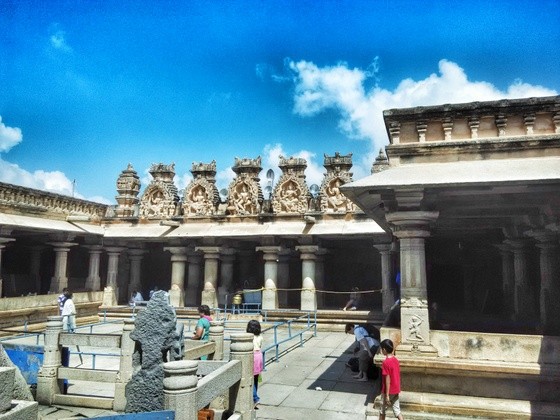 The man pictured is Bahubali. At one point him and his brother fought for control and Bahubali won finally after a staring contest (the Jains don’t believe in violence!) but realizing he didn’t like having conflict with a brother, he gave the kingdom over and began to meditate standing in the same place- so long that life began to grow on him as you can see in the statue.

Because he gave everything back to his brother, he is the ideal man in Jainism and even non-Jains look up to him. The place is visited by hundreds of thousands of tourists each year. 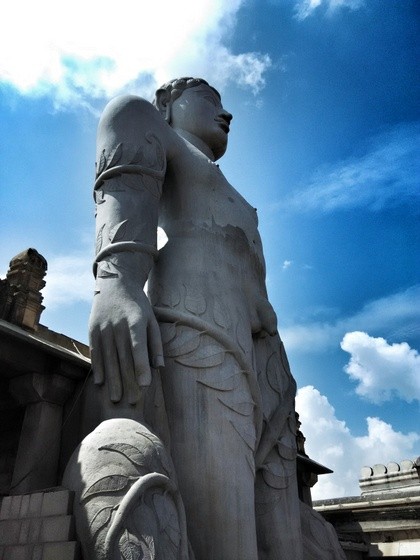 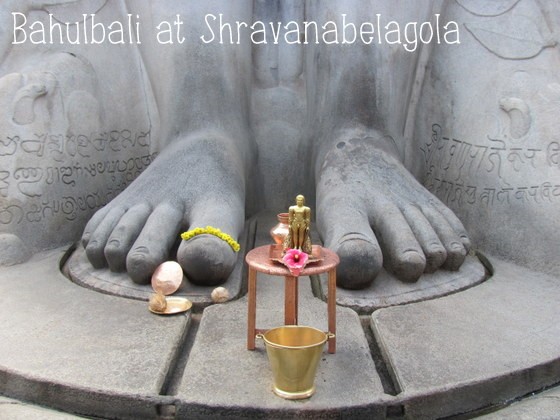 This Jain temple is extremely interesting as is the Jain way of life. Some wear only white, while others wore nothing at all. They are quite extreme. Did you know Buddhism was a compromise between Jainism and Hinduism?

The Jains sweep the floor before they step to avoid squashing even a bug, they only eat fruits which fall from a tree rather than plucking them, and would never eat meat as they won’t even eat a potato that’s been dug up and removed from it’s home the ground!

They believe in punishing themselves to reach enlightenment and will pluck out their own hairs. Woah.

The Views of Shravanabelagola 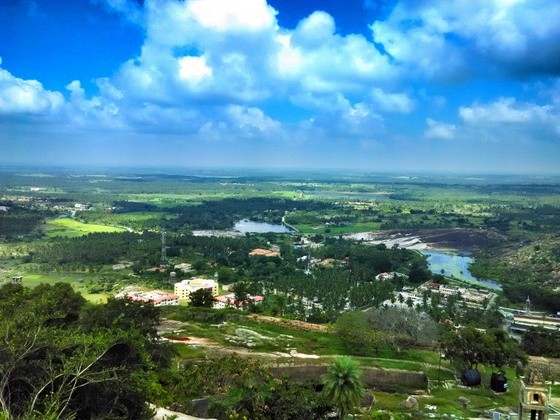 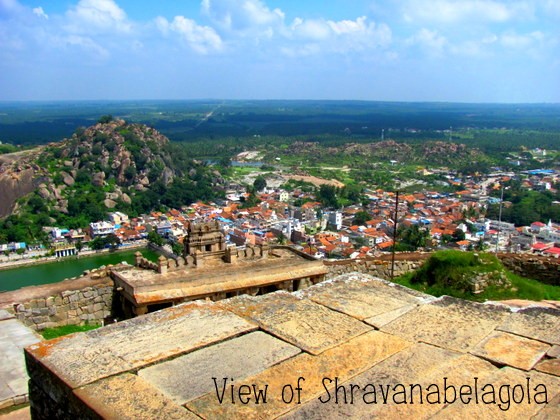 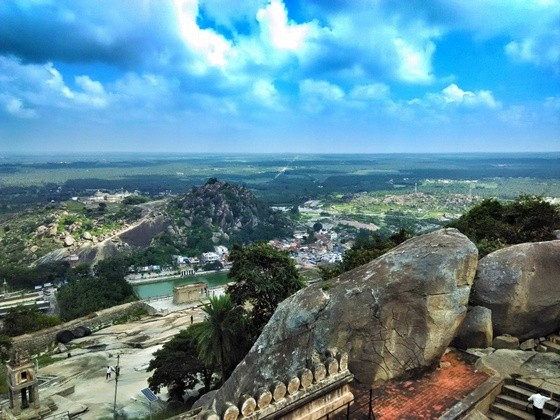 This statue is about 2 hours from Mysore and is one of the many places I visited with goMowgli and recommend as great day trips from Mysore.