Bungee Jump over the Nile in Uganda

To continue my post about whitewater rafting grade 5 rapids in the Nile River, the next day, we woke up hungover and tired. Krista and Matt were staying, and Tom and I had to catch the ‘adventure bus’ back to Kamapala about 2 hours. I was so happy to meet them, as I’d come from Kampala on my own and had been a bit lonely in my little village, Lugala, even though I got to see these cute faces everyday. The whitewater rafting rush was the adventure I needed. At breakfast, we heard that the hostel down the road offered bungee jumping. Uh-oh.  Doing a complete 180 from “I just want to curl up on the bus and sleep” to “yeah, lets jump off a platform 47 m (154 feet) in the air and hope the rope tied to my ankles doesn’t break!” None of us had ever done a bungee jump, and where better to go than the Nile? One more adventure never hurt anyone (except for 1% of jumpers). 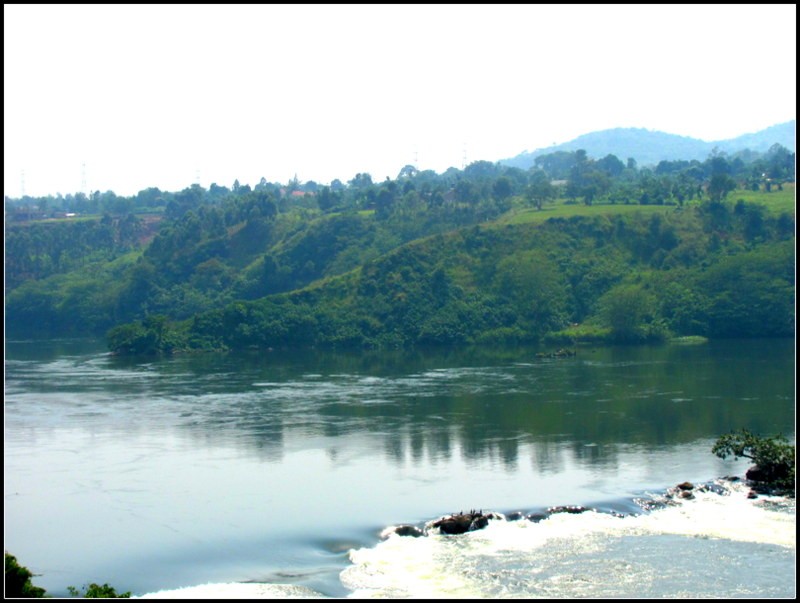 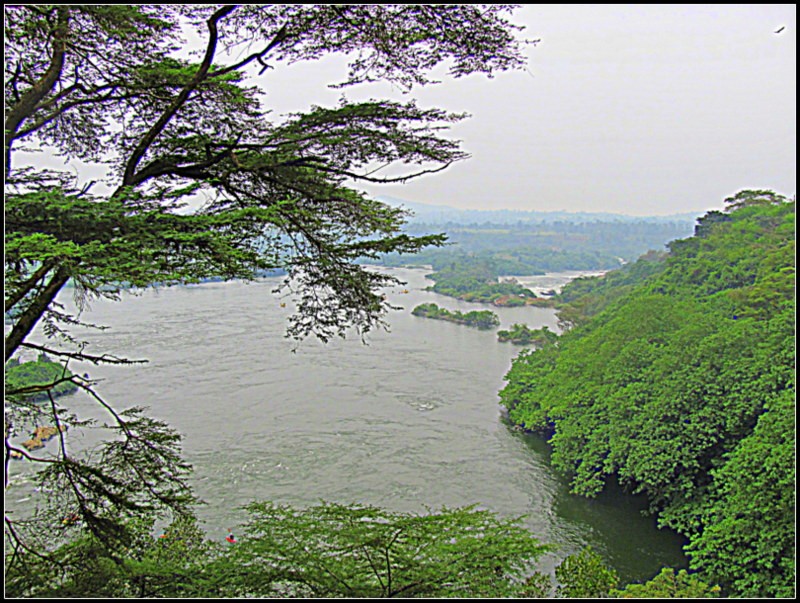 To recap, I had taken a free shuttle bus offered from Kampala Backpackers Hostel to Explorers River Camp in Jinja, the source of the Nile River (arguably). The hostel was amazing, whitewater rafting was amazing… but they didn’t personally offer the bungee jumping. The company, Adrift, does. We took a bota bota from our hostels to the Adrift launch site and had some drinks while we organized the payment.

The safety standards are operated equal to New Zealand’s. While I was there, it was only Ugandans running the jump, but a kiwi sold us our ticket. In the end, the price was around 50 dollars, but upon checking their updated prices, it looks like it is now 115 USD. Also, you must be at least 13 to jump and there is a discounted price if you can prove you are Ugandan. I wish they had a photographer set up that you could buy photos from, but they didn’t- so these will have to do! 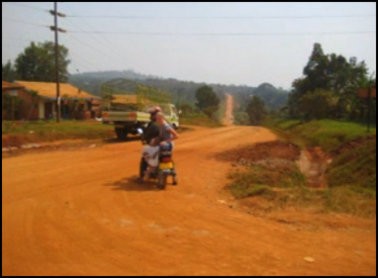 blurry, but wanted to show that girls sit side saddle on bota bota’s (taxi) in Uganda. And it was only appropriate that I wore a skirt everyday. No pants. 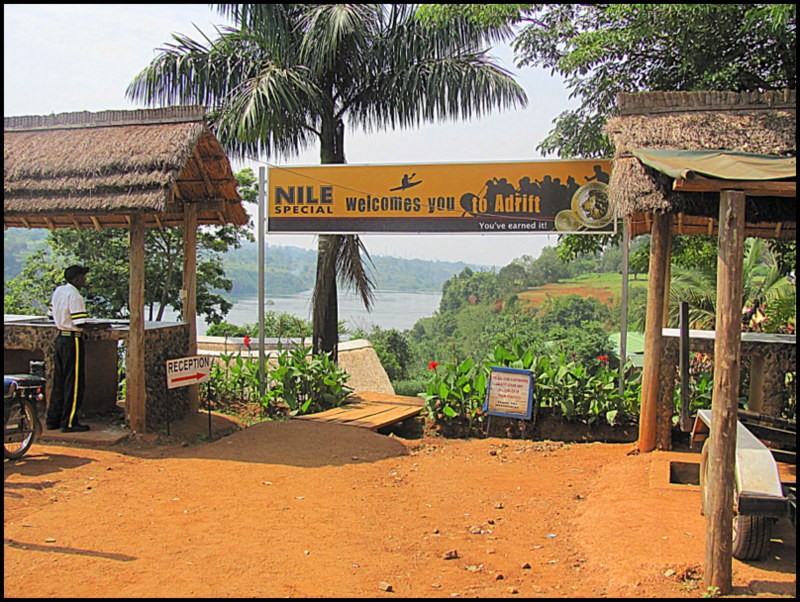 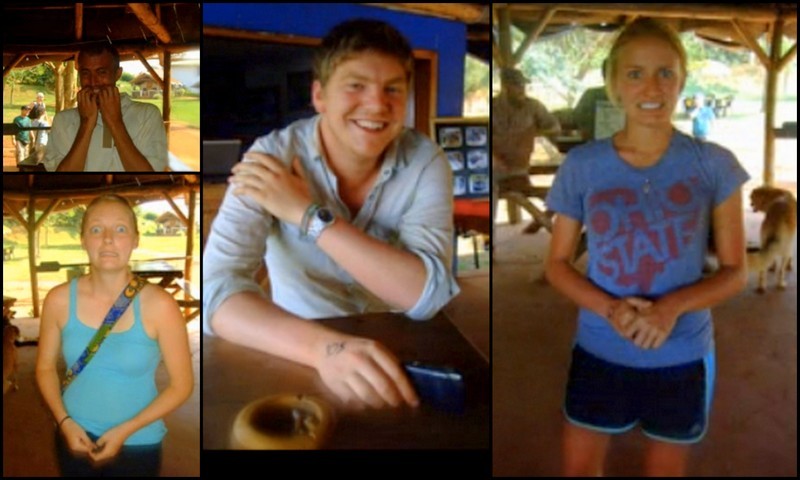 the terrified jumpers: Nick, Krista & Tom, who I met the day before 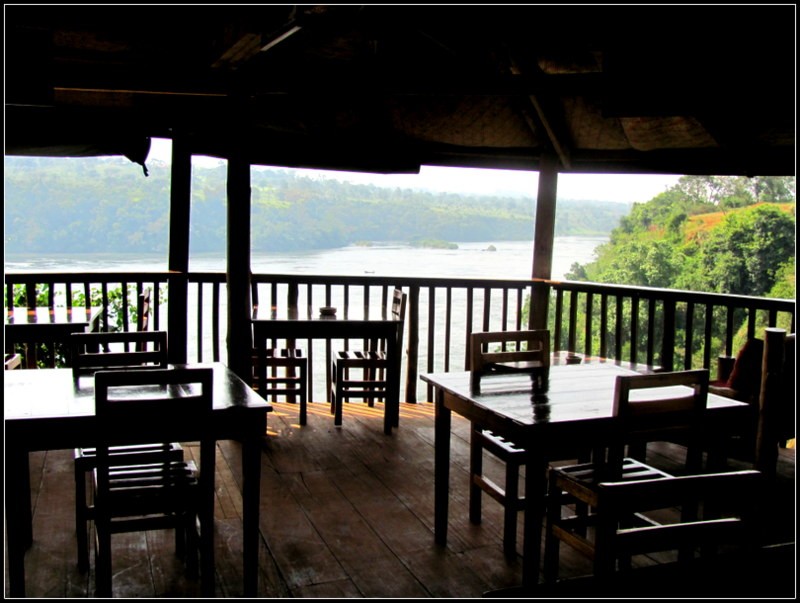 They have a great balcony similar to Explorer’s to chill while everyone jumps. If you have a group of 4 like me, give at least 2-3 hours to be there. It takes a while to fill out paperwork, and gain the courage to jump! I think Tom was the funniest, he took 4 almost jumps and swung his arms in backwards circles to steady himself. I was watching from below ready to take the photo of his jump, dying laughing, wondering is he really going to do it this time!? Eventually, the employee gave him a little tap to help him tumble forward. His jump looked the best from below! 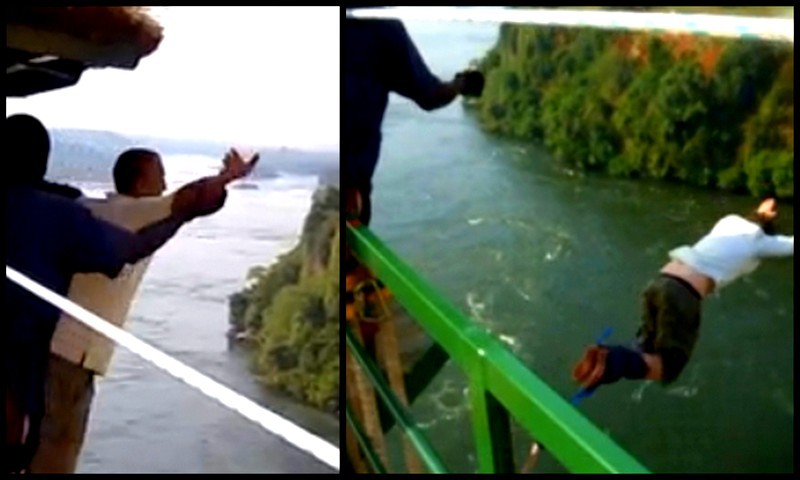 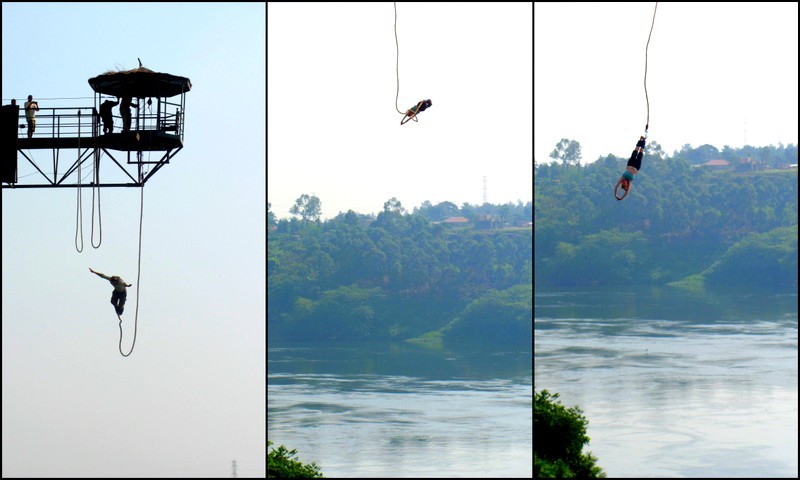 Tom looks peaceful, while Krista looks a little tangled, which was her biggest fear! 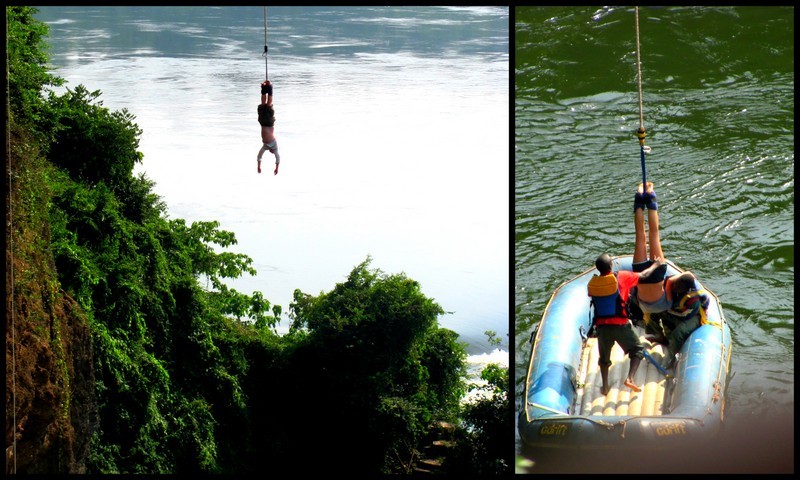 So the worst part of all, are the instincts in your body saying “whatever you do, don’t jump.” and jumping anyways. Your heart basically goes into SVT (for all my nursing friends out there) and finally it’s over. The fall actually doesn’t go by in 2 seconds like you’d think- just the initial descent. You will bounce back up and down a few times, and the first few bounces are just as scary as the first fall. Your heart is still beating uncontrollably. When it’s all over I felt like i hung upside down for 3 minutes. I couldn’t even help them untie me because I was shaking so badly. Laughing and shaking.. for like 10 minutes once it was over. Nothing I’ve ever done since has been as exhilarating! But just a month later, on a different river in Africa, a girl’s rope broke and she went plop into the river- AHH! I don’t know if I’ll bungee again or not. I probably will.

I was pretty proud of my swimmer’s dive off the ledge. Swim team was good for something in the end!

I absolutely would tell anyone to go bungeeing whether it’s in Jinja or not. I think that it’s insanely scary fun. It’s worth paying a little extra to do it somewhere beautiful and memorable. I think even with the increase in price to 115 USD, it’s quite fair, and cheaper than any price I saw in Europe- and look at that jumping view! Incredible. Make sure the place you go has safety requirements in place and don’t look down! Adventure awaits you all over the world, go find it!

Adrift did not ask me for a favorable review, nor was I discounted for my bungee jump.Have you bungeed before? How important do you think location is? I hope that anyone reading this finds an adventure soon!