A Bohemian in Bohemia – Cesky Krumlov

People (ok, not a lot of people, but some, and my pinterest wishlist fits right in) have called my style “boho-chic” which I love, like a few of my fashion idols Nichole Richie and Vanessa Hudgens, so I was ecstatic to be going to what guide books described as the “last true bohemian town”.

Cesky Krumlov, Czech Republic is just 2 hours by bus from Prague. Turns on, Bohemia is a place in western Czech and that’s where my favorite fashion styles’ name came from. It was assumed the Romani came from that area, and therefore they got called Bohemians. 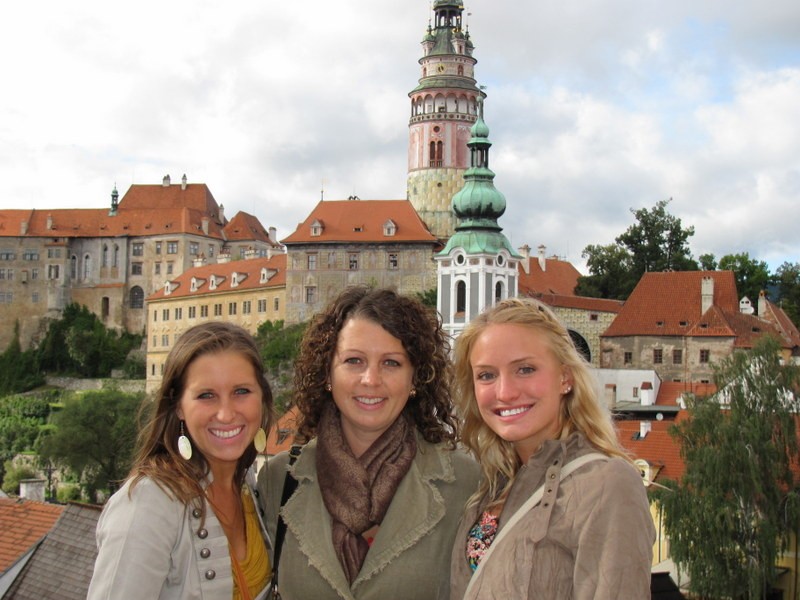 Monique, Megan, and I in Cesky Krumlov

Who were the Bohemians?

Similar to being called a Gypsy, a Bohemian was someone who loved the arts and was typically poor. They’re discussed in movies and literature from ‘Moulin Rouge’

by Jack Kerouac- the beat generation considered themselves a new form of Bohemians.  Bohemians are “wanders, travelers, and vagabonds” (wiki tells me…). Most impressively, Mark Twain (who influenced the naming of my dog) considered himself one of them. 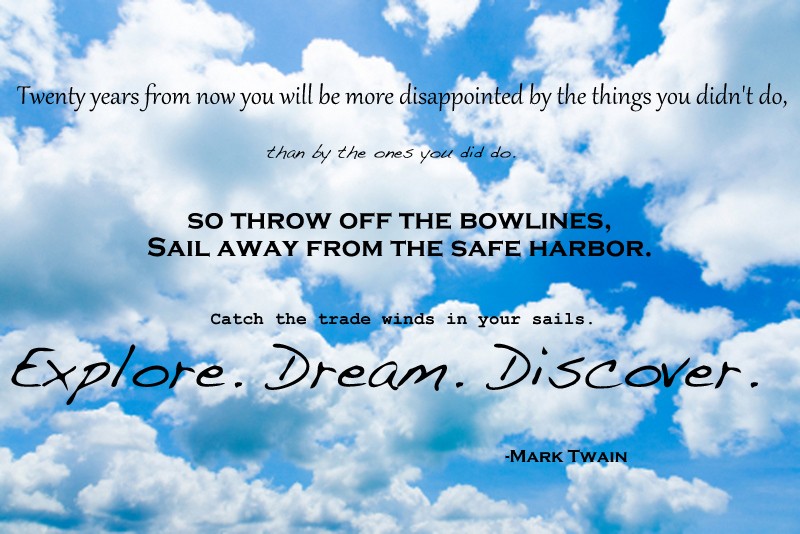 What started out as a style for the poor, turned into the artsy way to dress. You see it now with grunge.  Are they homeless or hipster? Living in Seattle I asked myself that a lot, especially after Macklemore’s “Thriftshop”. 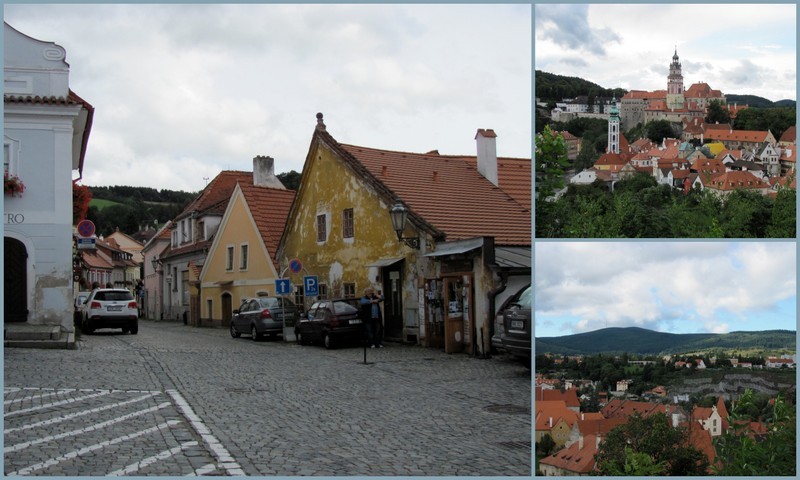 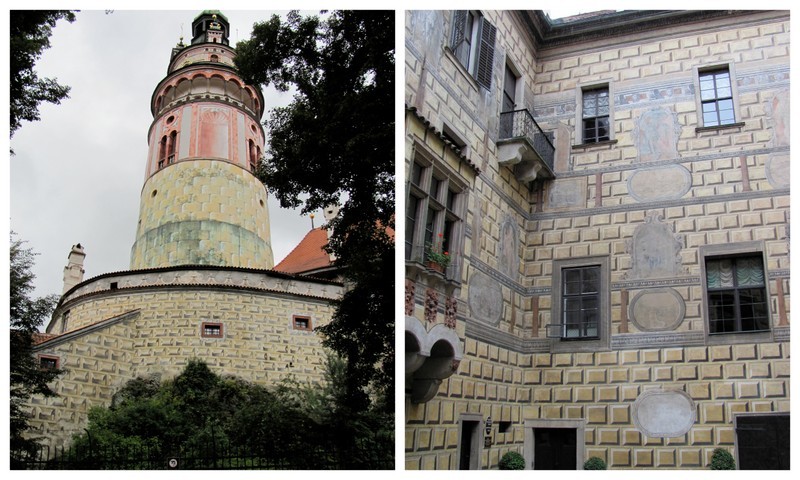 Look close at the detail, all hand painted

Cesky Krumlov was in the girlish sense adorable.  We stayed in Hostel 99. After climbing up a ladder to our tree house room we oooh’d and ahh’d about how dreamy it was. The Castle Cesky Krumlov in town took me back in time. All the details were painted to look like architecture.  I’m told this is because there were no architects, only painters, so they had to work with what they had. Click here for rates and availability. 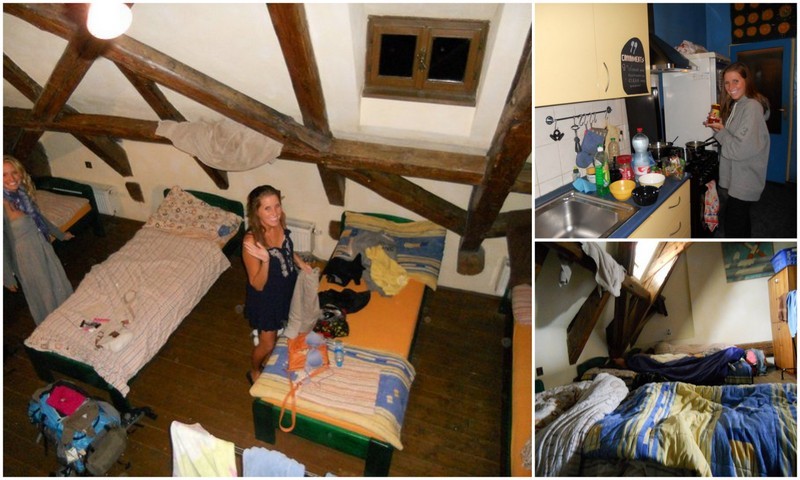 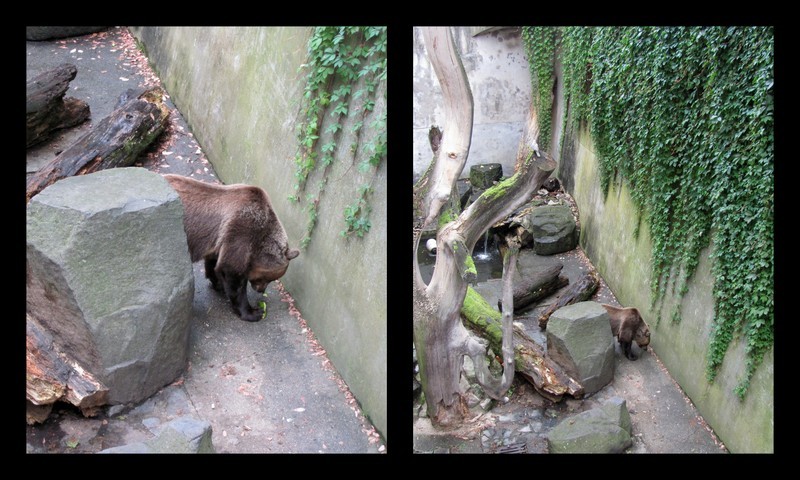 Now for the cutest kicker of all: BEARS IN A MOAT… actual cute fuzzy bears all around the castle. It was actually a little but sad seeing them like that. I didn’t ever find out how well they are cared for. The bars were quaint and full of backpackers having a not-so-sneaky smoke. To top it off the food is incredible, as it is all over Czech Republic. 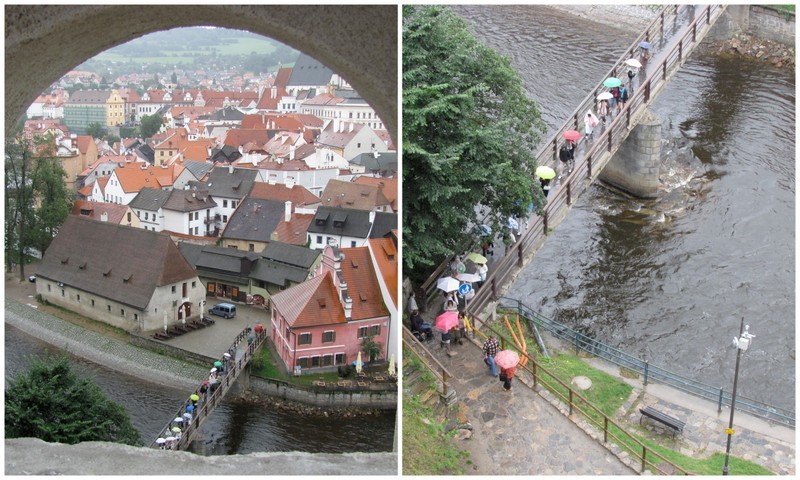 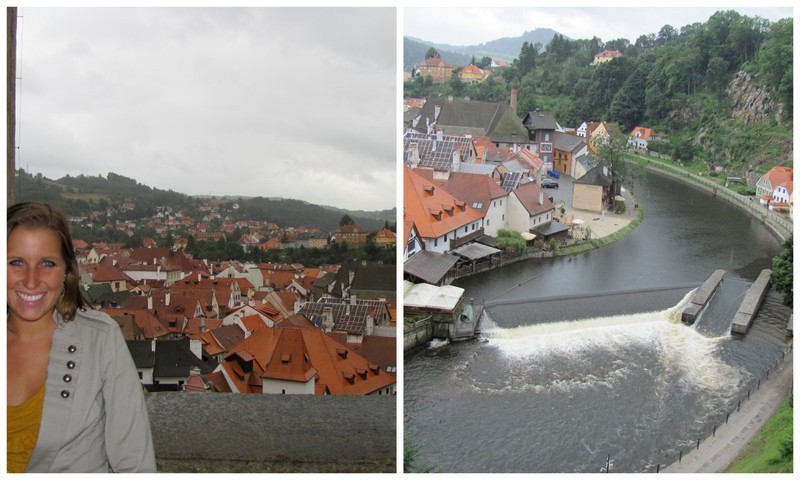 Getting Adventurous in Cesky

So other than taking a magical trip into a medieval fairytale what is there to do? A drunken river bar crawl!  Shops rent out rafts to groups or your hostel can set it up for you for around 300 kc (15 dollars). The weekend I was there all shops but one declined us because of the rain. After a quick video explained which dams to go left and which to go right, we put on ponchos, grabbed a couple bottles of vodka, and jumped in. After the vodka, the video was completely out of our minds so we had to wing it (luckily no one was hurt!). We stopped at all the open bars on our way down river for a shot and by the end I was trying to drive a van into the water before  falling into a dreamy sleep. 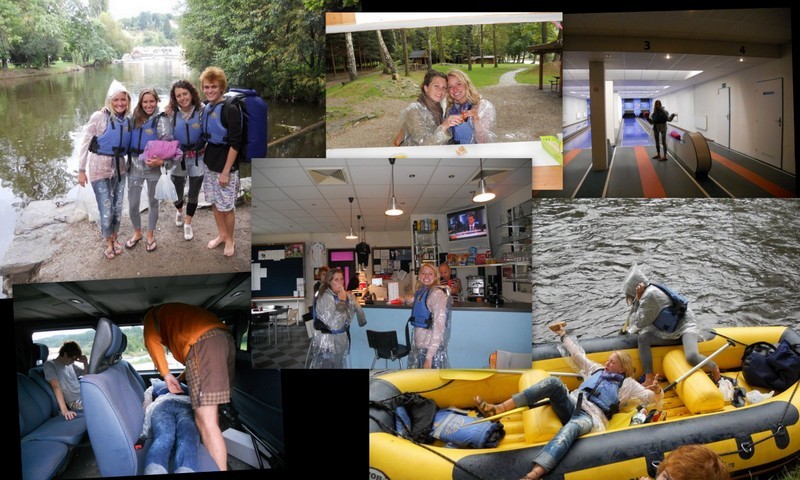 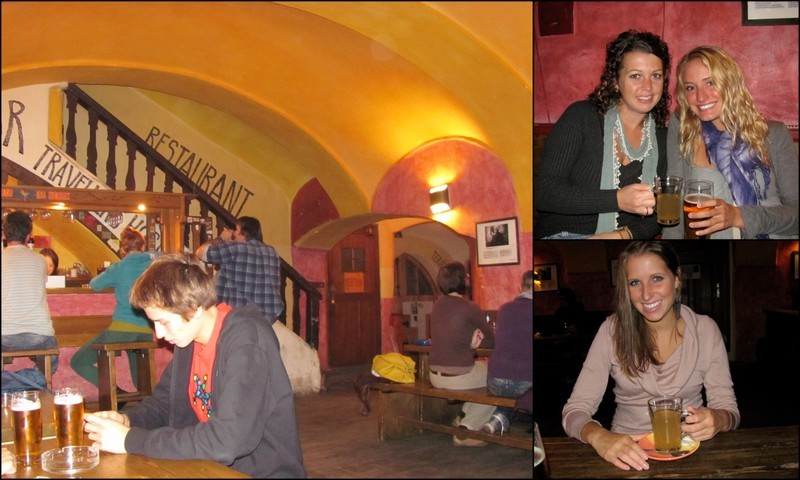 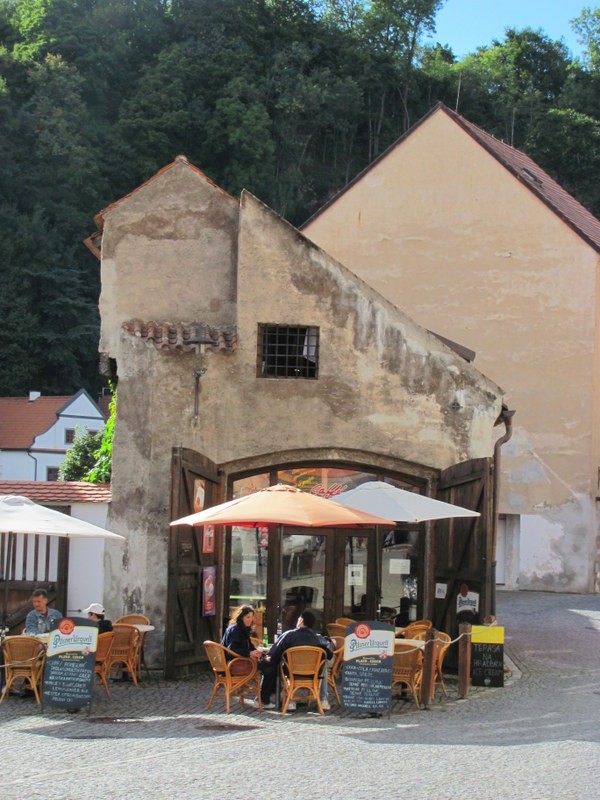 You should definitely make time for Cesky Krumlov, especially if you are stopping in Prague, it’s like visiting a fantasy world.

Checking out after an awesome few days 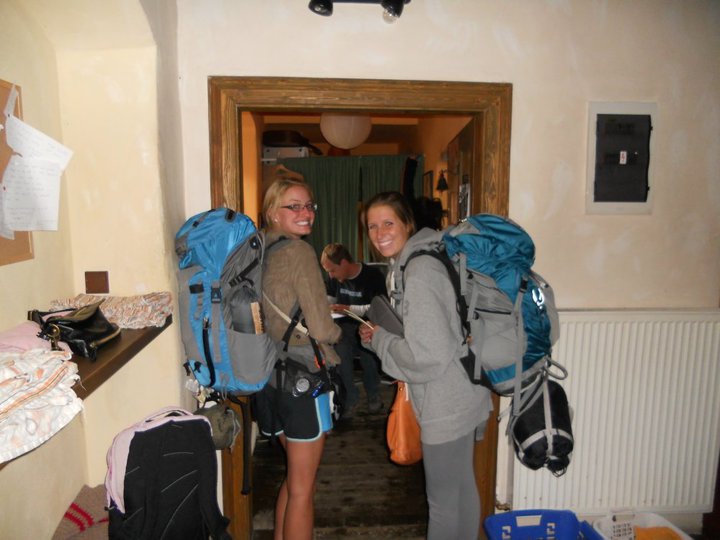