Dating in India: The Do’s and Don’ts as a Foreign Woman

The following post is a guest post from Beth, who has been living in India for years. She’s dated Indian men and has a few tips to share for foreigner women dating Indian men here in India whether on their travels or if you are living here as an expat.

Dating in India as a Foreigner: The Do’s and Don’ts

I had only been on my first date in India for about 30 minutes, and already I was almost in tears and wanted to go home! It was a nightmare! A friend introduced to me to a nice looking Indian guy who asked me for my number. I thought, why not? I’m single and Indian guys are hot, so I gave him my number.

Several days later I accepted his offer to go out for dinner. But just as we were parking to go into the restaurant he pulled out a three pack of condoms and told me he was ready. REALLY? Ready?

I struggled to maintain my composure. Frankly, I was pissed! How dare he assume he would get sex from me on the first date! I’m not saying it was completely outside the realm of possibility, but his presumption, and approach to it, shocked me!

After taking a couple of calming breaths, I asked him what gave him the idea that I was going to have sex with him on our date.

After further discussion he explained that he got that impression from watching American TV shows like Sex in the City and Desperate Housewives.

I didn’t go out with him, or any other Indian guys, for a few months after that. But when I finally did I had a much better experience. By then I had learned some basic do’s and don’ts of the Indian culture. It helped tremendously with my expectations.

I still had a few other shocking experiences though. While spending a weekend in Dubai I met a nice guy from India and spent most of the weekend with him. A few days later he left a marriage proposal on my voicemail! Yikes! Here are some helpful things to keep in mind.

Do’s for Foreigners Dating in India

Don’ts for Foreigners Dating in India 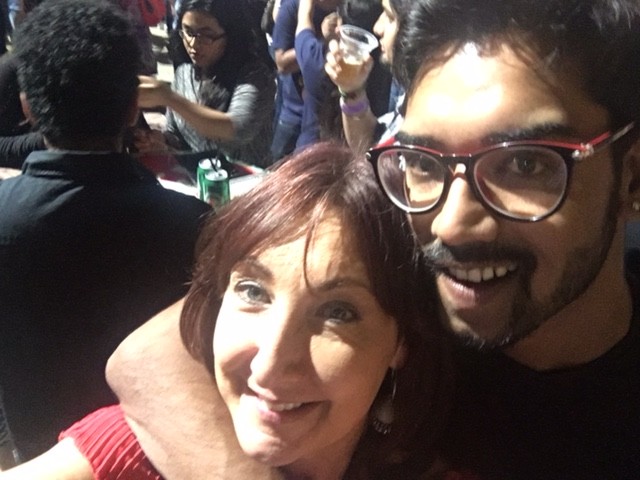 Beth and her boyfriend, Kirti, living it up at the Grub Fest in Delhi

I am lucky to have beaten the odds and to have found a great boyfriend in India, but it did take some effort. We still have some major culture differences but we enjoy each other’s company and are open to the possibility of a long term future together. I hope you will step outside your comfort zone. You never know where you might find love.

Beth Bauer is an author, freelance writer and entrepreneur working as an expat in India, and is soon going rogue. Follow her adventures at www.TheJourneyofBethB.com. You can connect with her on Facebook, Twitter, Instagram, and Google Plus.