An American Nurse in a Ugandan Hospital

Although I didn’t go to Uganda for the purpose of hospital volunteering, while I was there, I spent a few days a week volunteering at the local hospital Holy Cross Orthodox, in a nearby village, Namugoona.

Early in the morning, I’d ride a bota bota there, sidesaddle, for about a dollar. It was a unique experience to see the hospital there compared to American ones. I am a registered nurse, specializing in cardiac care, and although I’m not working as a nurse now, I’ll always have an interest in the medical field and I love the adrenaline rush of taking care of really sick people.

I have mixed feelings about volunteering abroad, but I think that if you have a true skill set that can help people, you pay your own way, and you benefit a group of people in an unselfish way then there’s no harm done. I was in Uganda for “tourism” and did some volunteer work on the side- which I think is something anyone could look into on their travels. What I don’t believe in is having no skill set, asking people to pay for your trip for you, going for the wrong reasons, and not truly benefitting the people you visit, because actually short-term volunteers can bring instability. In the future I’ll be posting more about controversially dubbed “voluntourism” abroad. But back to Uganda…

Whenever anything went wrong at the hospital in the states, like the computer charting system was down, I would remind myself at least we have patient charts. It would take ages to explain the differences between hospitals in Uganda and America, so I’m just going to stick to the biggest most noticeable ones. I know that these employees do their best with what supplies they have and I don’t judge them at all; I just want to share my experience.

Differences between hospitals in America and Uganda

Doctors are trained a lot less hands on in Uganda than in the states. They learn mostly from a book then get straight to work. Sometimes I didn’t think they were careful enough with stitches, and weren’t doing basic tasks like checking vital signs or listening to the heartbeat of a child who’s mother said “his heart seems too big”. 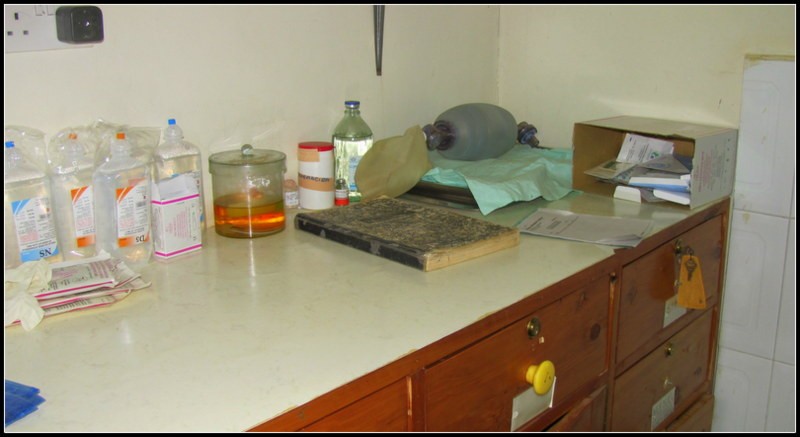 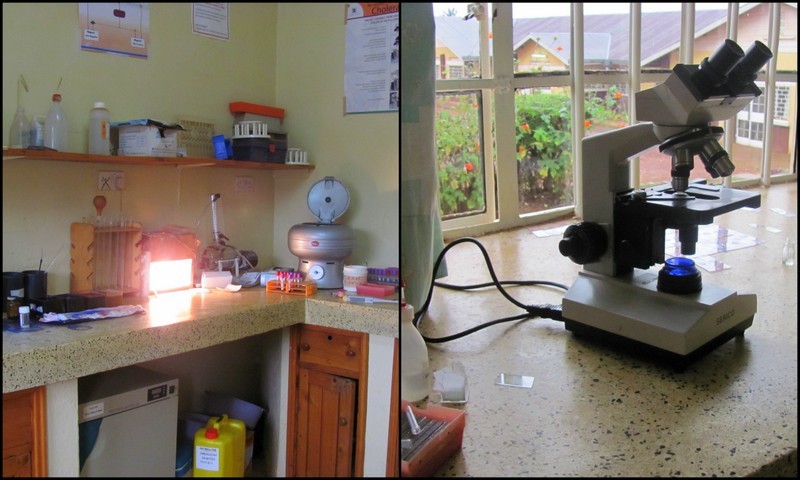 The lack of supplies. Gloves weren’t always used, needles were left in IV  fluid bags and reused to flush IV’s, and in general supplies were very different from the states.

The lack of empathy. If a patient couldn’t afford treatment they weren’t getting treatment. This includes a teenager who wrecked on a bike. It includes a twenty something year old who came in for a circumcision and couldn’t afford the oral pain medicine, and came back crying asking for help. It was also hard to watch parents hit a child that cried getting IV’s placed or getting stitches.

When sedated from pain medication, in order to get stitches or whatever else, the doctor doesn’t wait for the patient to wake up and take vitals to make sure it all went okay- the patient is sent out immediately after, being carried in the mothers’ arms. This is because they can’t stay or they’d have to pay inpatient care.

The “theatre” or OR was a very unique experience! I worked for 2 years in OB/GYN taking care of moms and babies after delivery. I have seen cesarean’s and women give birth…no problems. Here, I almost fainted and had to leave. It was done much quicker. The scrubs were ironed to sterilize, and as for your sterile feet, you can either wear boots or go barefoot.  Did I mention instead of scrubs I would wear a skirt and flip-flops, which is the appropriate wear for females. 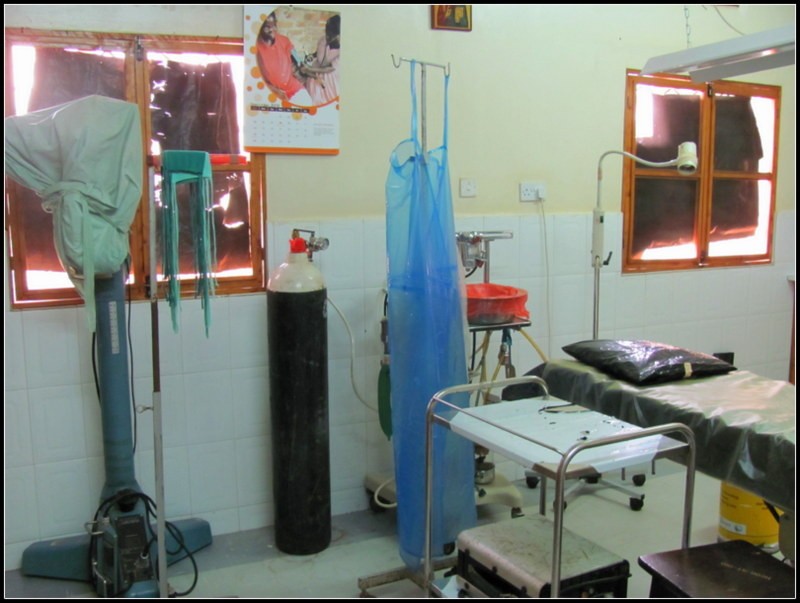 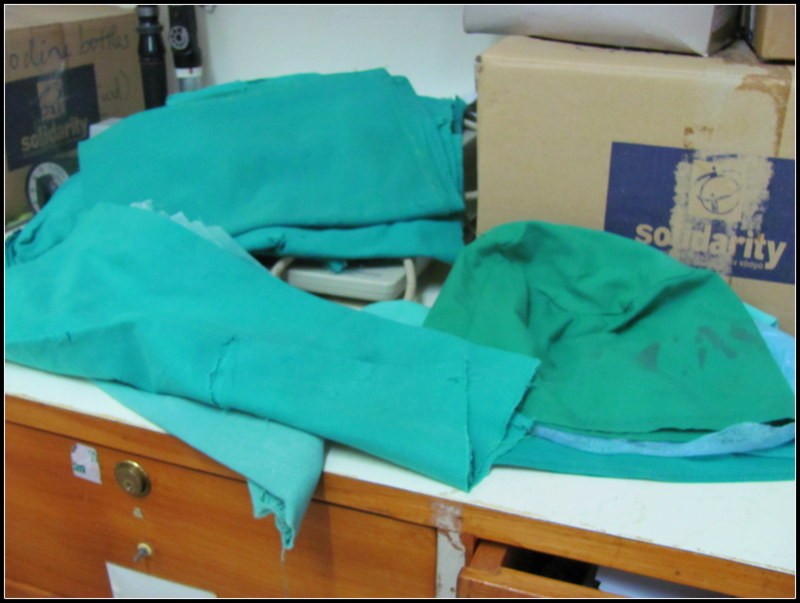 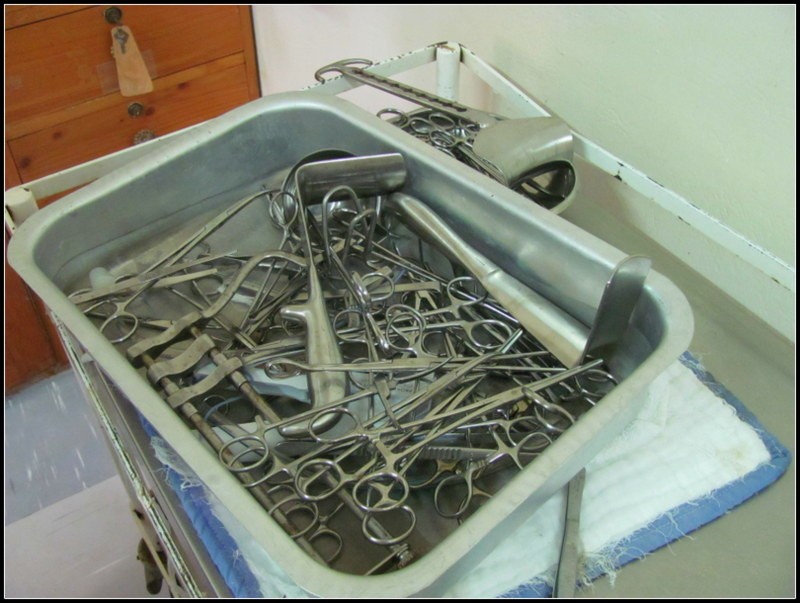 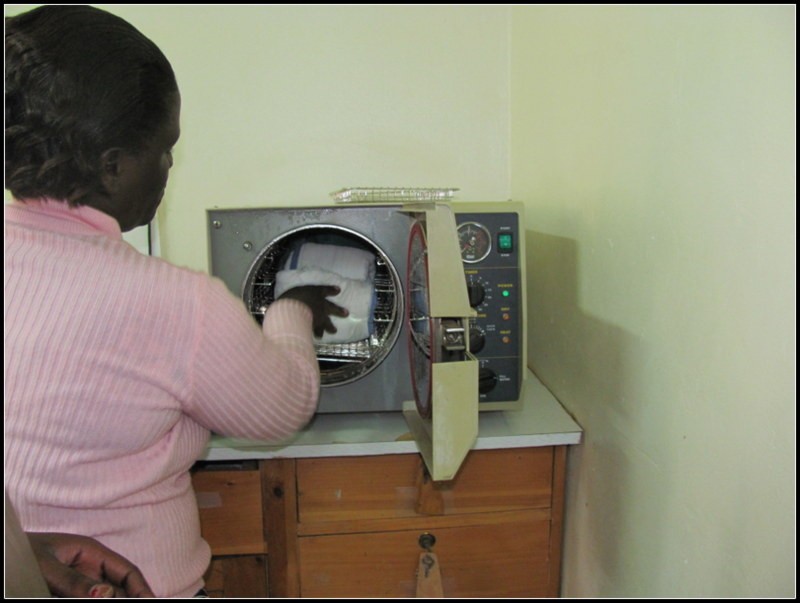 Malaria treatment was frustrating. Patients were given antibiotics sometimes and that is not how you treat malaria. Antibiotics were given for anything- and that’s really bad for your body. These patients will build up a resistance, which will cause problems later in life.

There was no real assessment of patients. It was word of mouth. If the mother said “my baby is not eating, seems tired, cries a lot, and I think she had a fever last night” the baby is diagnosed then and there with usually malaria. They will do a test sometimes with an old school microscope, after they dry the blood smear with a light bulb. They don’t check blood pressure or heart rate, and most didn’t have a stethoscope on them. 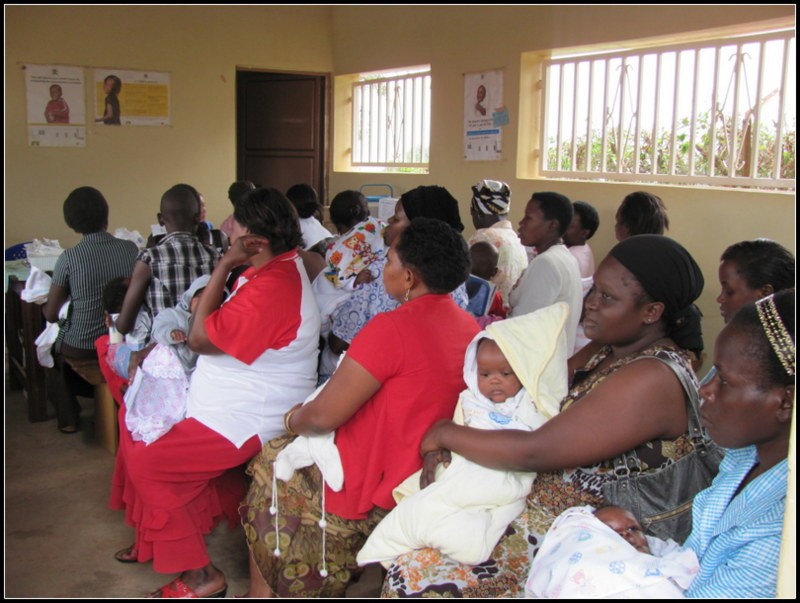 The nurses don’t have to do as much. Families take care of the patients and bring them food. Nurses will give medication and do trauma care/wound dressings. Many times, the doctor did that. Not to say the nurses aren’t educated, because they are. But there was a lot of sitting around and tea breaks because they didn’t have as much delegated to them by the doctors. Sometimes one just wouldn’t show up, maybe because it was raining. They nurses I met were all very smart and could have done more if they were instructed to. I was there as a student and was still learning at the time, so it seemed very hands-on. But now, looking back in comparison to working in the critical care units, it was not hands-on.

For emergencies the patients were sent to the capital of Kampala, Uganda, because this local hospital was very small and didn’t have the test equipment. It’s a little scary to have to get an hour to the nearest hospital for a heart attack or snakebite. I had a green mamba waiting for me at my front door one day when I came home. All the neighborhood kids who usually love snakes ran! That’s how I knew it was bad. Luckily, the groundskeeper shooed it off… therefore, I got no sleep for days thinking it would come back. My daily life in Uganda was really quite calm but by immersing myself into “work” and culture, I got to learn so much more.

It was incredible how one doctor was there at a time, 2 or 3 nurses, pharmacist, lab tech, an accountant, manager, and cooks ran the whole hospital. Granted, it was small but in comparison to say, India, where it takes 30 people to change a light bulb, it was like magic that they worked everything out.

There was less responsibility and liability on the staff. No one is going to sue, there is no charting, and they can refuse care if they want to without paperwork. Strange! They don’t ask detailed histories on the patients or do in-depth discharge teaching.

IV fluids treat everything from electrocution to malaria, the flu, a small cute, a rash… you name it! Fluids for everyone!

I loved my time at the hospital and really loved all the nurses I met especially kind pregnant Lucy. I think what they do is remarkable with so little support and supplies. It’s truly amazing. 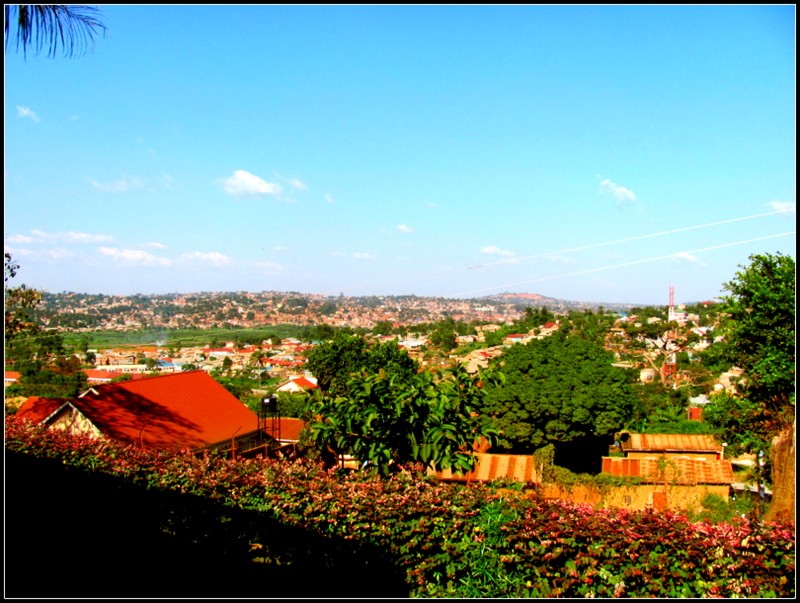