What’s the first thing you should do in Mumbai? Your first time ever in India?

At 8 A.M. get on the Mumbai Slow Local and ride it all the way to Churchgate. Survive Mumbai local train crowds with these tips. It’s like jumping in a pool- why stick a toe in first? Go for it and be shocked!

Just hope it’s not like taking a bad tequila shot. You don’t sip it first… you go for it… then puke. 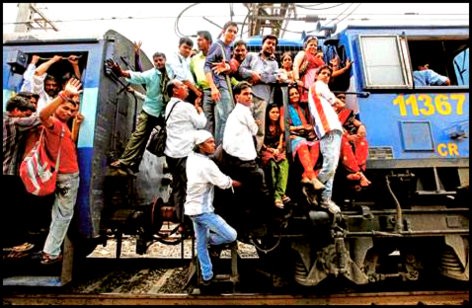 What is the Slow Local?

Any Indian movie you’ve seen where it looks like millions of people are hanging off a train, riding the roof, and risking their lives to get to work… are probably shots of the slow local. This train is notorious.

I know Indian people who wish they could take the train in order to avoid traffic, but say it’s just too much stress, too crowded, and they have to wait too long to get through the masses and on the train. 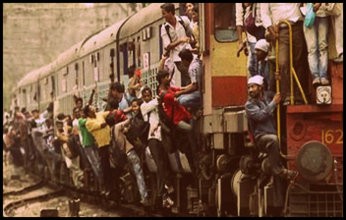 More than EIGHT MILLION people take this train each day.

That is equal to how many people LIVE in New York City.

India obviously is a packed country with over 1.2 Billion people lving here, and 11 million people living in Mumbai. That means that in Mumbai 73% of people take the train to work.

It’s chaos! It’s the perfect way to throw yourself onto India, like “Hi, I’m here and I want to learn about you!” 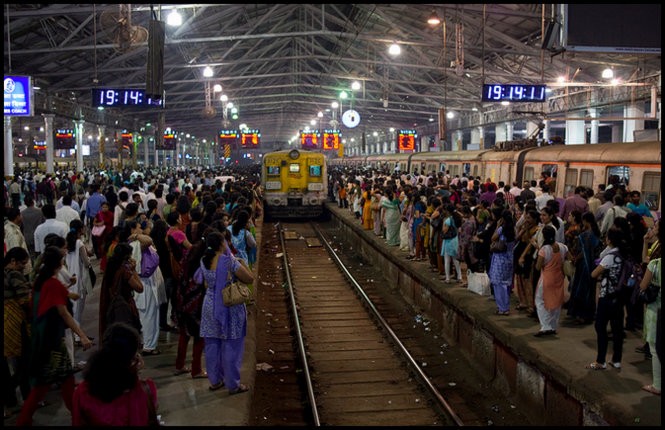 Lonely planet says don’t take this train between six and nine in the morning. I say do it! Just don’t die and sue me ;)

Nope! Not always. Is it fun? Yep! It is only dangerous if you are not being smart. On average 600 people die a year, but sometimes more than 2,000. That’s almost 2 people a day (on a good year). Dead!

Mostly because of falling off the roof, being electrocuted while sitting on the roof, crossing the tracks, or getting pushed off the never closing doors. But, thankfully new law is stopped the roof-riders and saving lives! 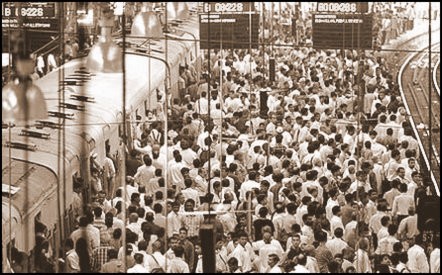 The number is still high because of Indians crossing the tracks and being hit. FYI when someone is hit- the train doesn’t stop. In the last ten years 36,000 people have DIED and another 36,000 plus have been injured. In 2008, 17 people died every weekday.

Automatic doors are coming in 2016, so come before then so you can get all risky with your life. Kids make videos on youtube doing stunts on the outside of trains, but sometimes they die. Watch if you’re weird and morbid- but I’m not linking it!

There have been four attacks from 93-2008, with the one in 2008 being the worst. Seven bombs killed over 200 people. They targeted other places in Mumbai as well. This concern is everywhere though, has happened in Europe, and could easily happen anywhere. Being afraid of terrorists is a fairly irrational fear; don’t let it stop you from the train ride of a lifetime.

How do you make it to your destination? 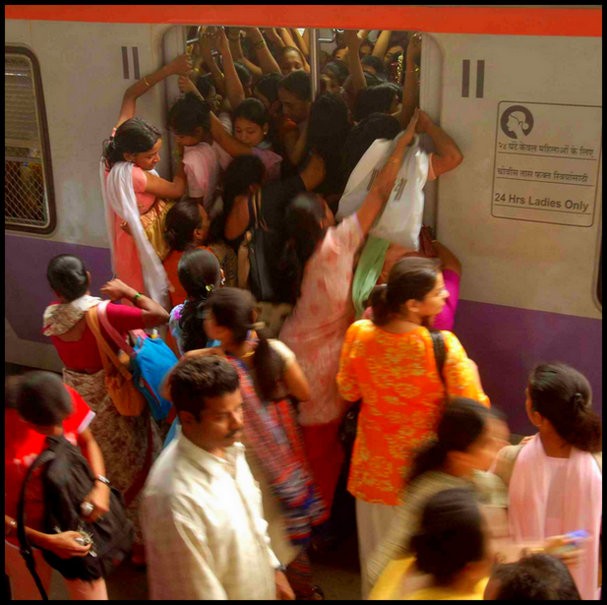 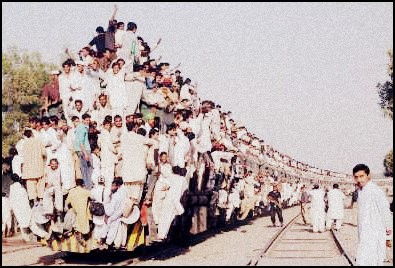 All in all, it’s a great experience, not as scary as it sounds, and a MUST-DO in Mumbai! Locals might tell you not to, but as long as you stay focused and follow my tips you should do fine. It’ll be a rush and you’ll want to do it again!

Have you taken a ride on the notorious slow local?