If you’re headed to the Philippines, Palawan is probably already very high on your list of places to visit. Despite its popularity, there are still plenty of pristine and secluded spots on the large island, although it is also home to many bars and backpacker hangouts. Here are five reasons to visit Palawan.

Why You Should Visit Palawan

Normally shortened to PPUR, the river is actually found in Sabang rather than in Puerto Princesa although most visitors access it via a group tour from Puerto Princesa. We really recommend staying in Sabang for a couple of nights though, not only to avoid the crowded bus tours from PP, but also to enjoy the empty beaches of Sabang itself.

The 8.2km navigable underground river within the complex cave system is part of the Puerto Princesa Subterranean River National Park, a very diverse mountain to sea ecosystem which has been granted UNESCO world heritage site status. If you do not wish to take a group tour to the river, it is possible to travel there independently like we did. 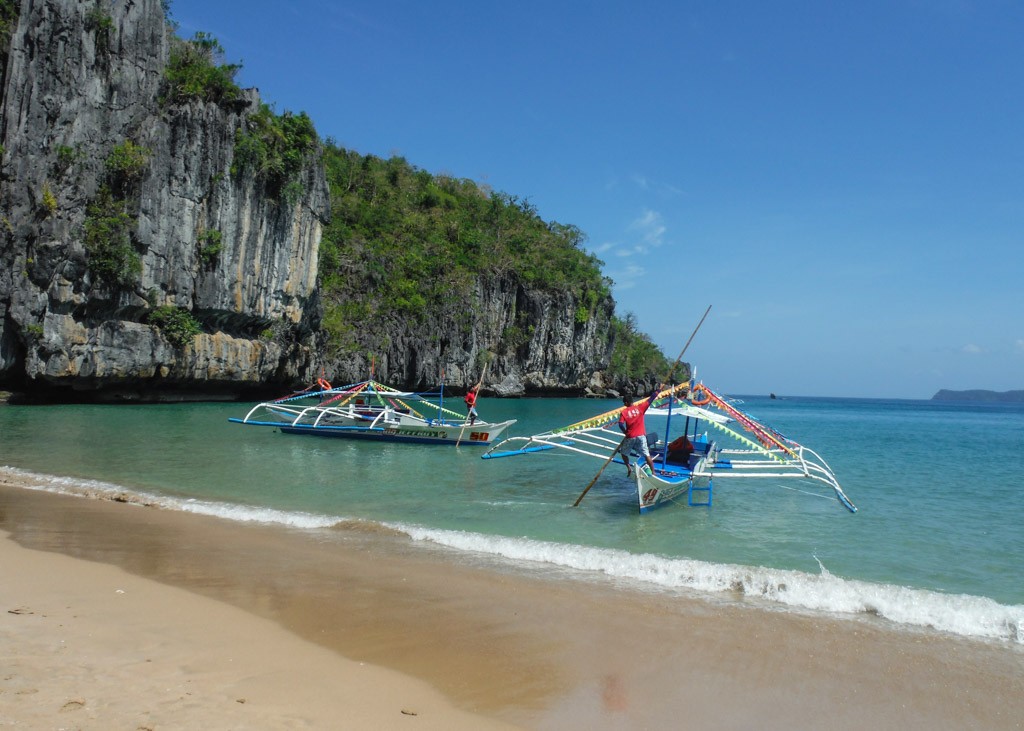 2. Chilling out in Sabang and Port Barton

Most people rush from Puerto Princesa airport to El Nido without stopping on the way, so Sabang and Port Barton, two beach towns along the route, are a lot quieter and chilled out than more popular places in Palawan. Indeed, both towns retain a bit of an uncommercial hippie vibe which has become increasingly rare in South East Asia these days!

Electrical power only comes on for a few hours in the evening although some of the pricier accommodation have generators which provide energy throughout the day. There’s very little nightlife going on, so the best thing to do in the evenings is to put on some mozzie repellent, grab a couple of beers and head to the beach for a gorgeous sunset followed by a starlit sky on a clear night! 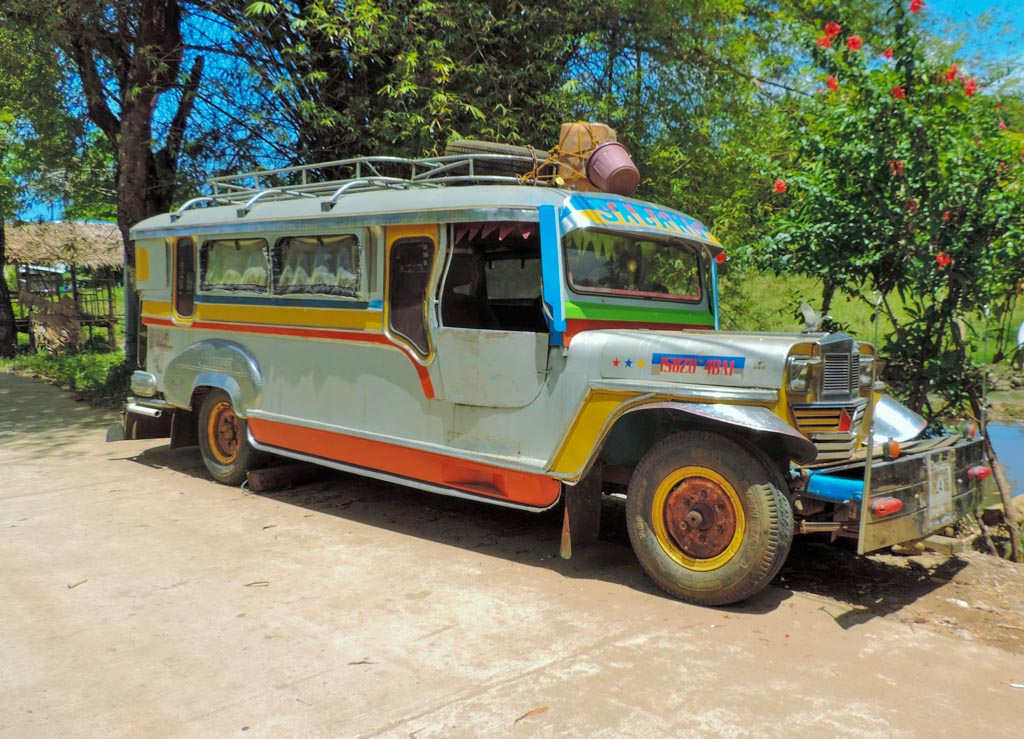 A Jeepney in Sabang – a cheap way to travel with a local flair. 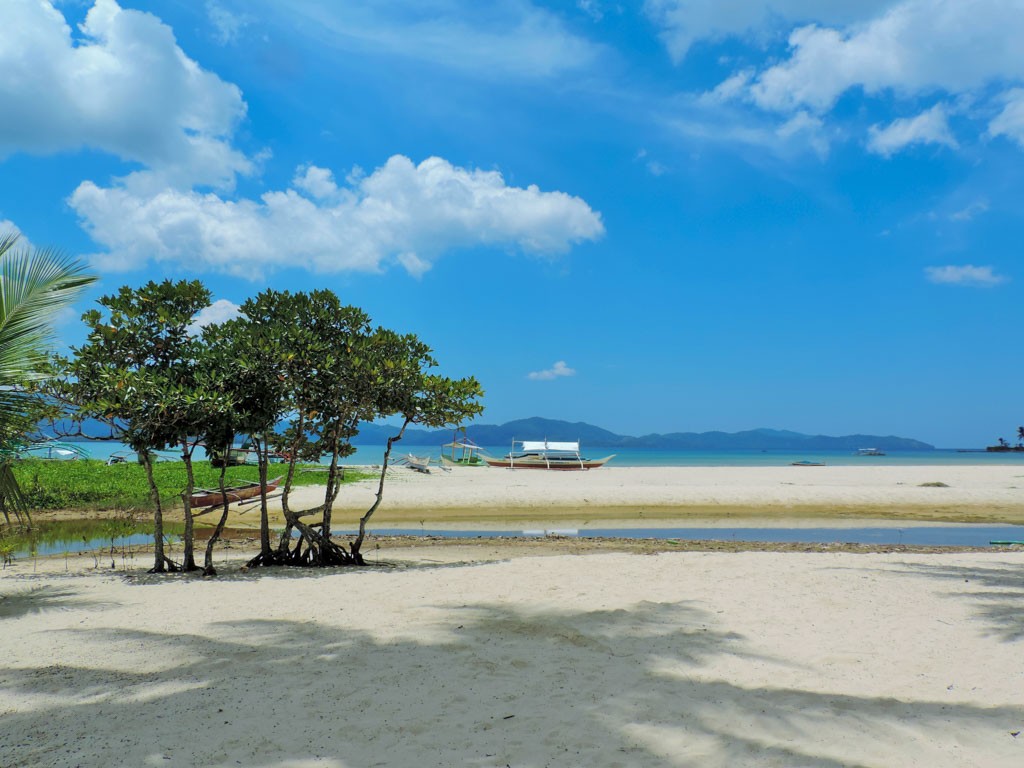 A great spot to chill in Port Barton

El Nido and Coron have become popularized and increasingly commercialized in recent years because of group boat tours to different islands around the bays, and although these spots might have become crowded they are no less beautiful. The tours in El Nido are price regulated but those in Coron are not, so you might be able to take them down a notch or so if you are into bargaining. 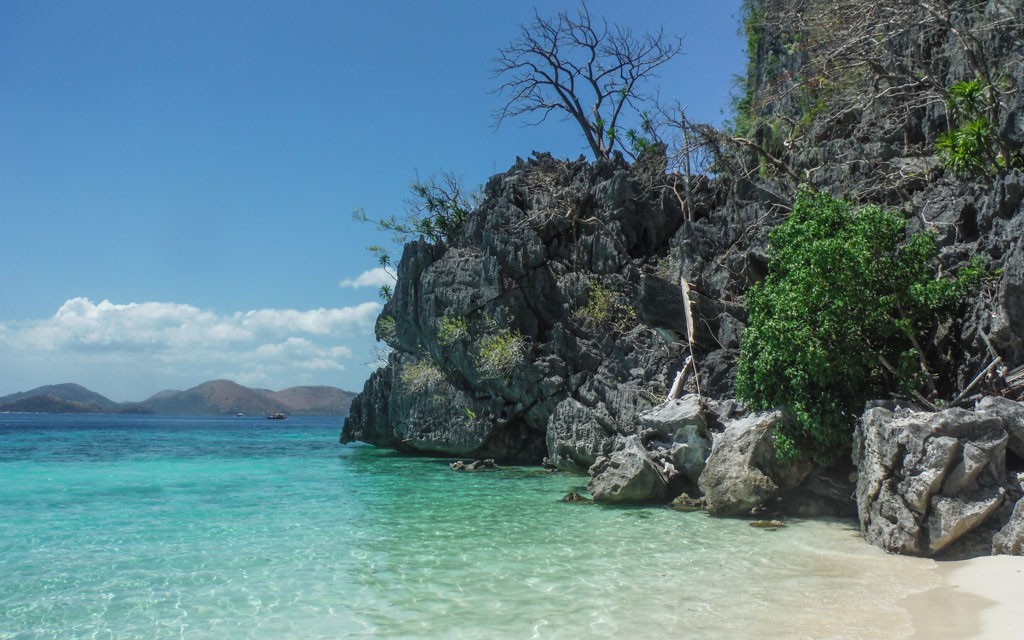 The best tour to take in El Nido is Tour C which includes Hidden Beach, one of our favorite spots in the Philippines so far! On the other hand, most agents in Coron will sell you boat tours to the six or seven most popular spots including Lake Kayangan, the view to which is one of the most spectacular in all of Palawan.

Additionally, El Nido is a popular backpacker hangout and beautiful beaches are only a few kilometers away! 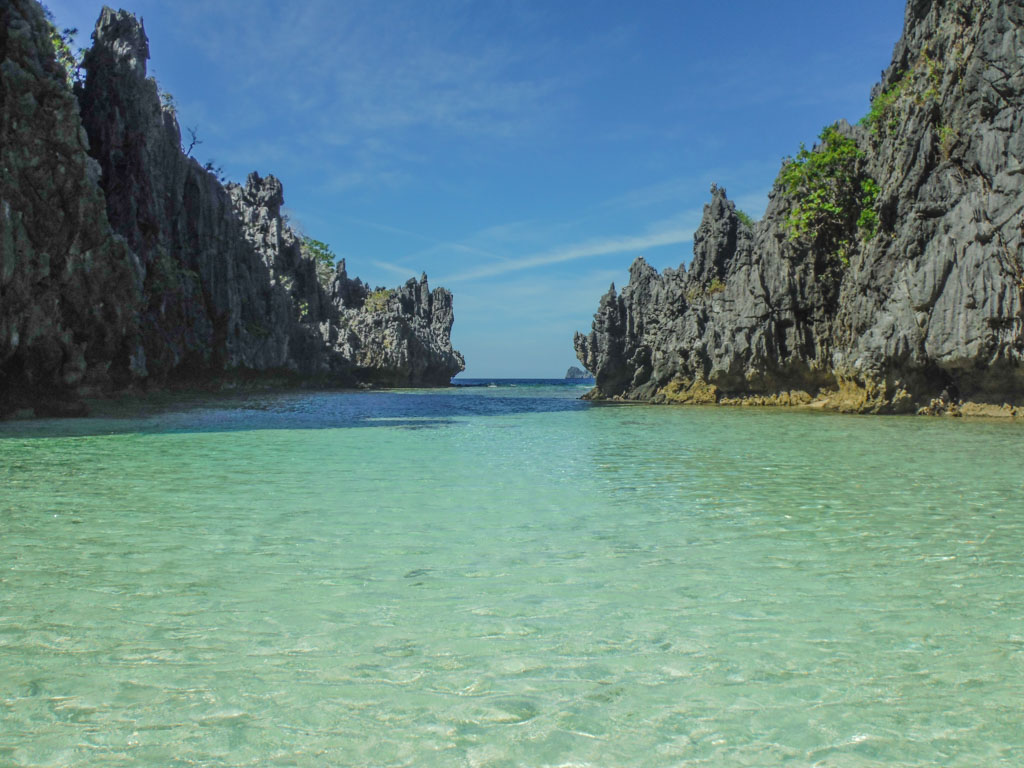 Nacpan beach, just an hour’s trike ride away from noisy El Nido, is one of the most stunning beaches in Palawan, if not all of the Philippines. Although popular, the beach is pretty large so you can be as far (or as near) any other beachgoers as you like. The west side, which we thought was the most beautiful was completely deserted when we were there! 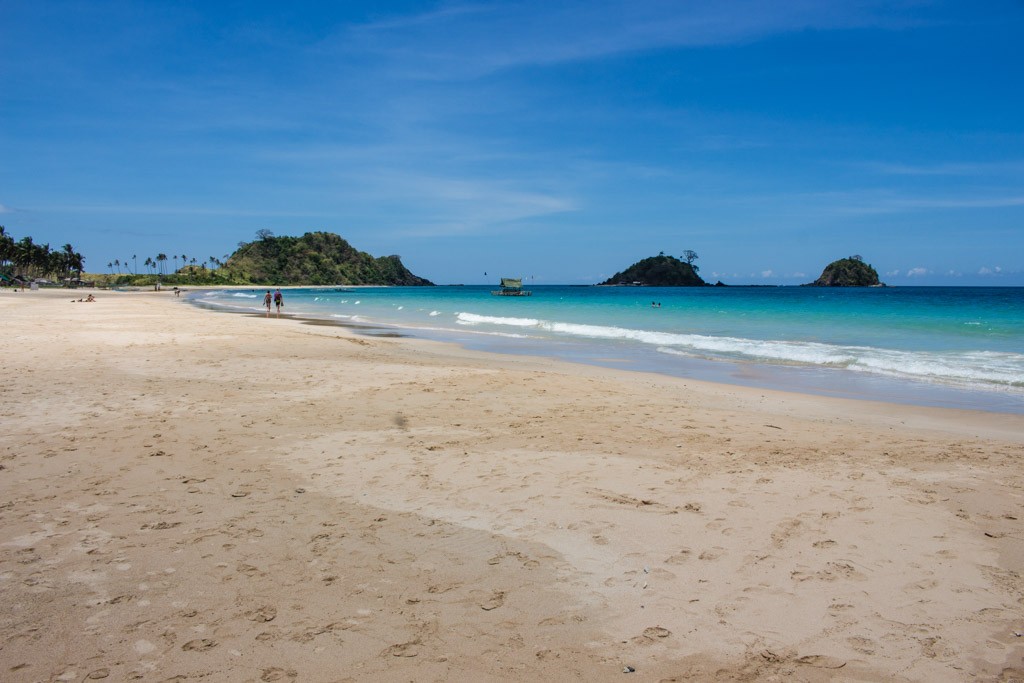 Nacpan Beach – an hour’s trike-ride away from El Nido

Besides the main beach, Sabang is also home to several empty white sand beaches, many of which are undeveloped. It’s easy to lose track of time here, whilst chilling under a coconut tree, so be sure to bring enough food, water, and sunblock to last you a while! 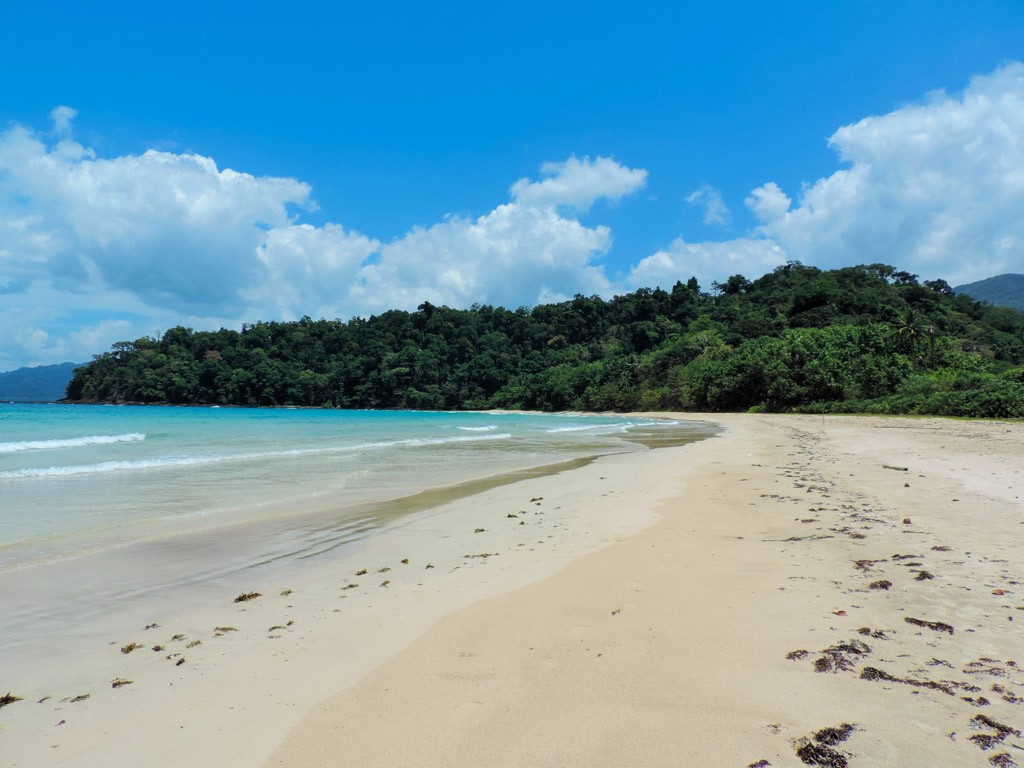 A peaceful and deserted sand beach in Sabang

If you’re a sunset seeker like we are, you’re in for a gorgeous spectacle most evenings! Honestly, Palawan has provided some of the best sunsets we have ever seen! 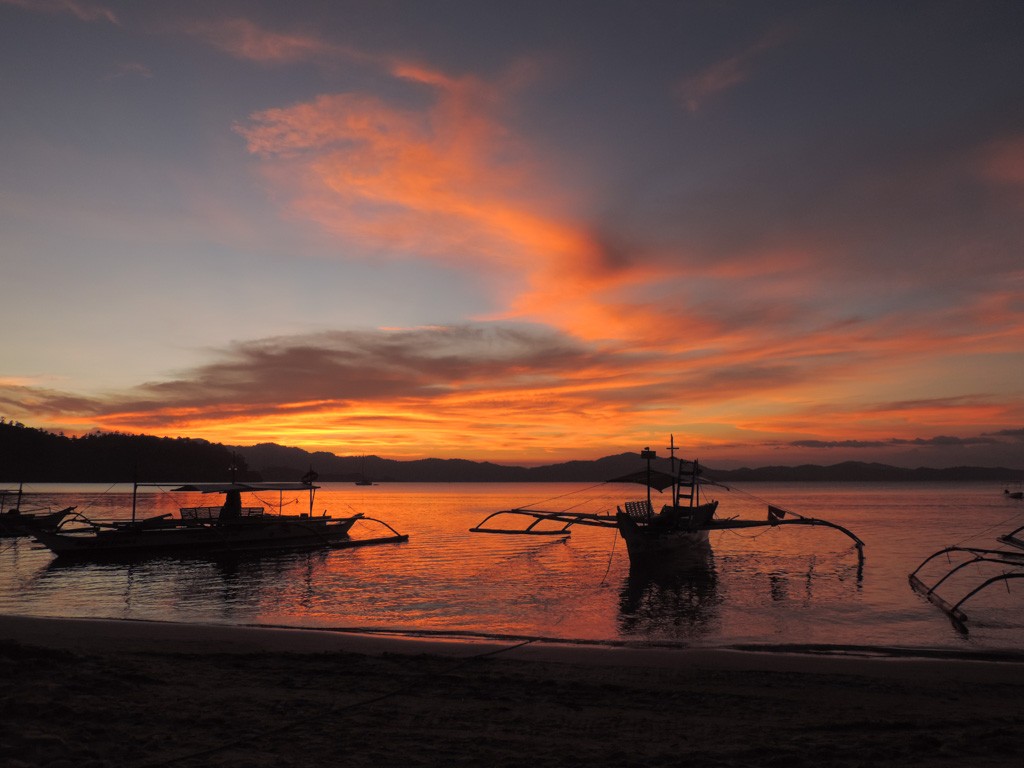 Sunset over the beach at Port Barton 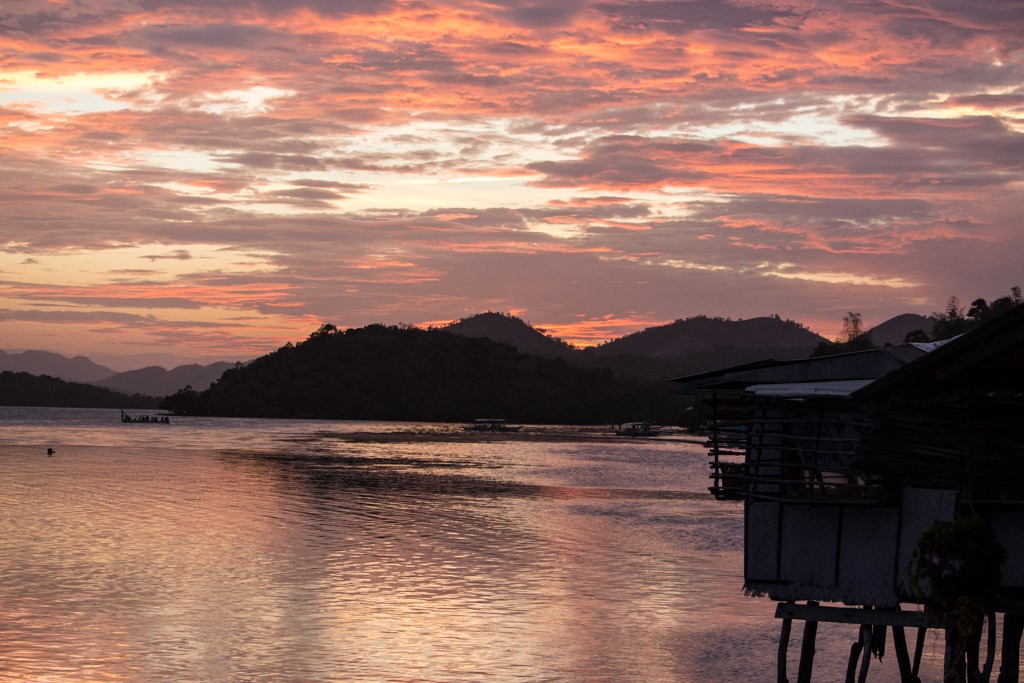 Also, if you’re not sure what to wear or bring with you, check out this Philippines packing list!