In this Gossip Girl Guide to New York City, I’m laying out all the iconic spots to visit on your next trip!

When it comes to movies and TV shows, you have places that are merely settings and places that become characters on their own. New York City, without fail, manages to become its own character almost every, single time.

The women of the late nineties had fun shows like “Sex and the City” and “Friends” while today’s generation had the grittier “Girls” or hilarious “Broad City.” However, nestled right in between is the unabashedly dramatic, over the top luxurious “Gossip Girl.”

I grew up loving the books and was an immediate fan of the show when it premiered in 2007. I loved seeing the characters come to life and morph into more humane versions of their book counterparts. Of course, just like the other aforementioned TV shows, the city became more than merely a setting throughout the series run.

Below are all the major NYC landmarks that any GG fan will recognize in a heartbeat.

The Gossip Girl Guide to NYC

If there’s one image of NYC in “Gossip Girl,” that even the most cursory fan will know, it’s that of Blair Waldorf having lunch on the steps of the Metropolitan Museum of Art like the queen bee she is.

Of course, the MET’s real charm is what’s inside. With so many different exhibits and collections, you could easily spend a full day wandering around. In fact, rather than sit outside on the steps where you’ll probably get some side eye, hang out in the Gallery 131, which is where the Temple of Dendur is. 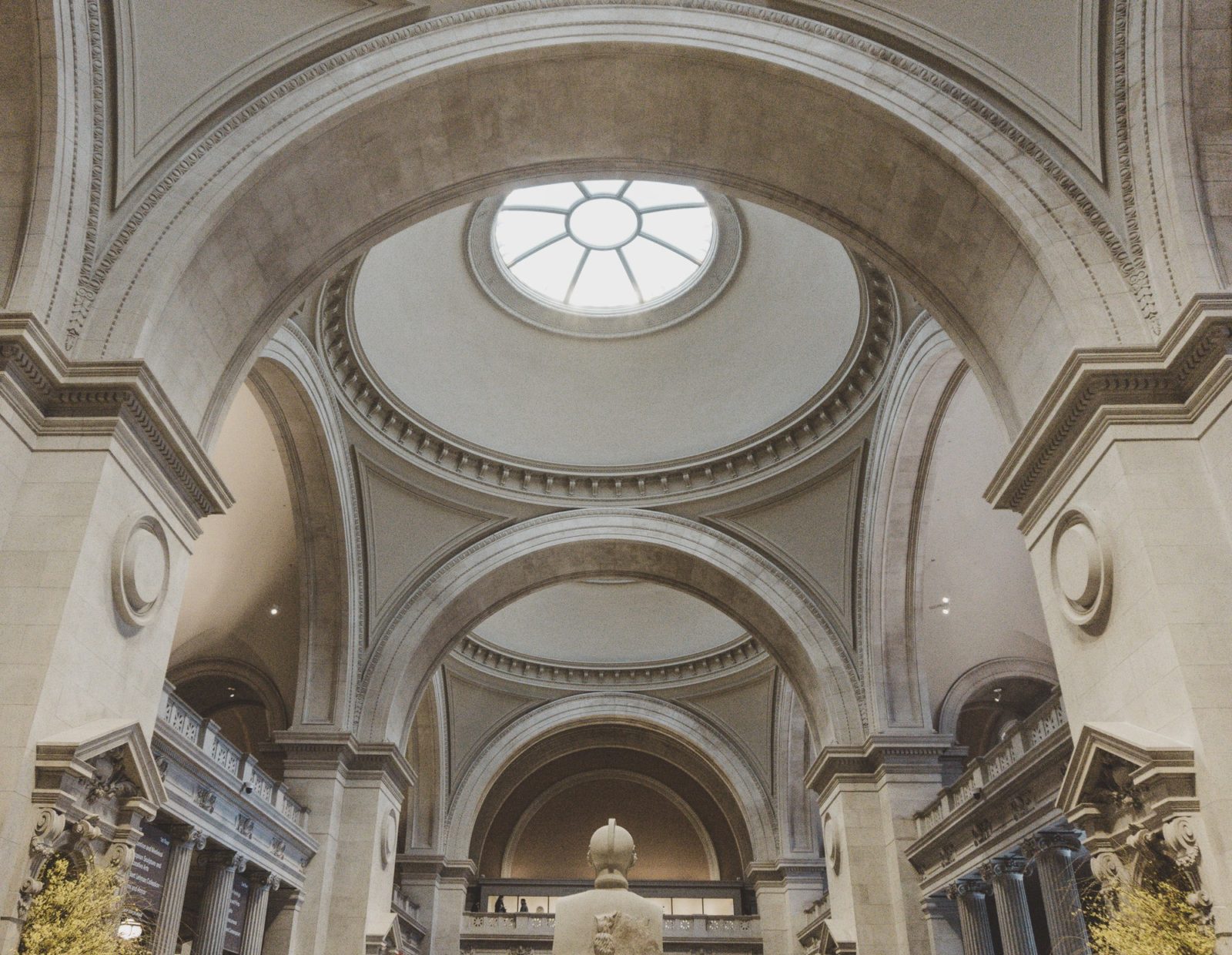 You may recognize it from the opening scene of the whole show when Serena van der Woodsen comes back after a year away from Manhattan. It’s our introduction to Blake Lively’s troubled blonde teen and, of course, the beginning of the saga of Dan and Serena.

The terminal itself is absolutely beautiful and perfectly encapsulates what makes New York City so special. While a crowd of travelers, commuters, and visitors bustle around on the ground, all you need to do is look up for a touch of whimsy! 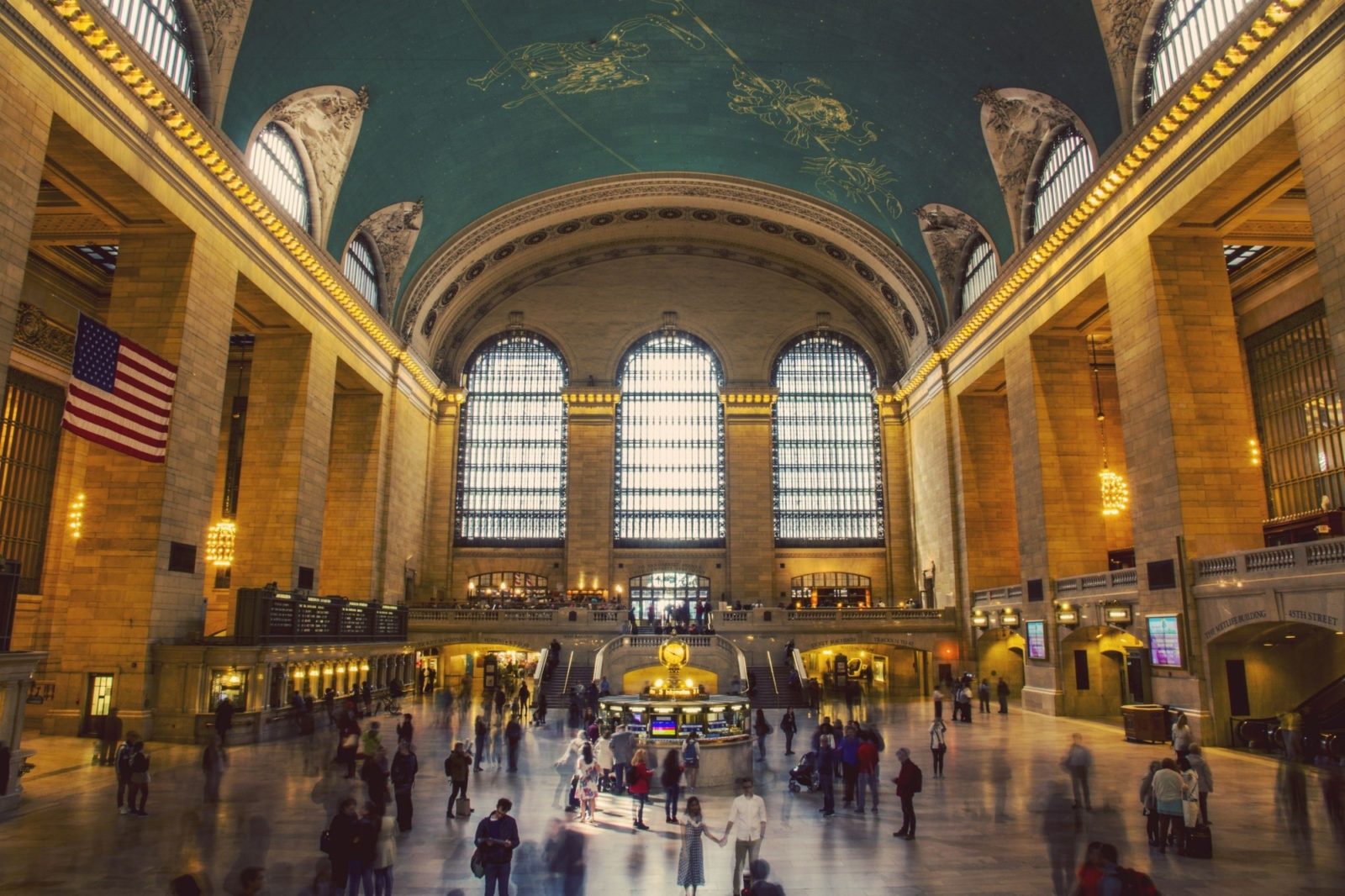 One of the ways the show created a contrast between the ridiculously wealthy characters and the more grounded characters, like the Humphrey family, is with their homes. While Blair, Serena, and co live in luxurious apartments or hotels along the fancy Upper East Side, Dan, Jenny, and co live in the much more grounded Brooklyn. Their loft is along 15 Washington Street, which is right in the DUMBO (Down Under the Manhattan Bridge Overpass) neighborhood.

The best view in DUMBO is the Manhattan Bridge framing the Empire State Building. It takes a little bit to find the right area, but you’ll see people around trying to take photos soon enough. There’s a Shake Shack nearby too if you’re hungry. 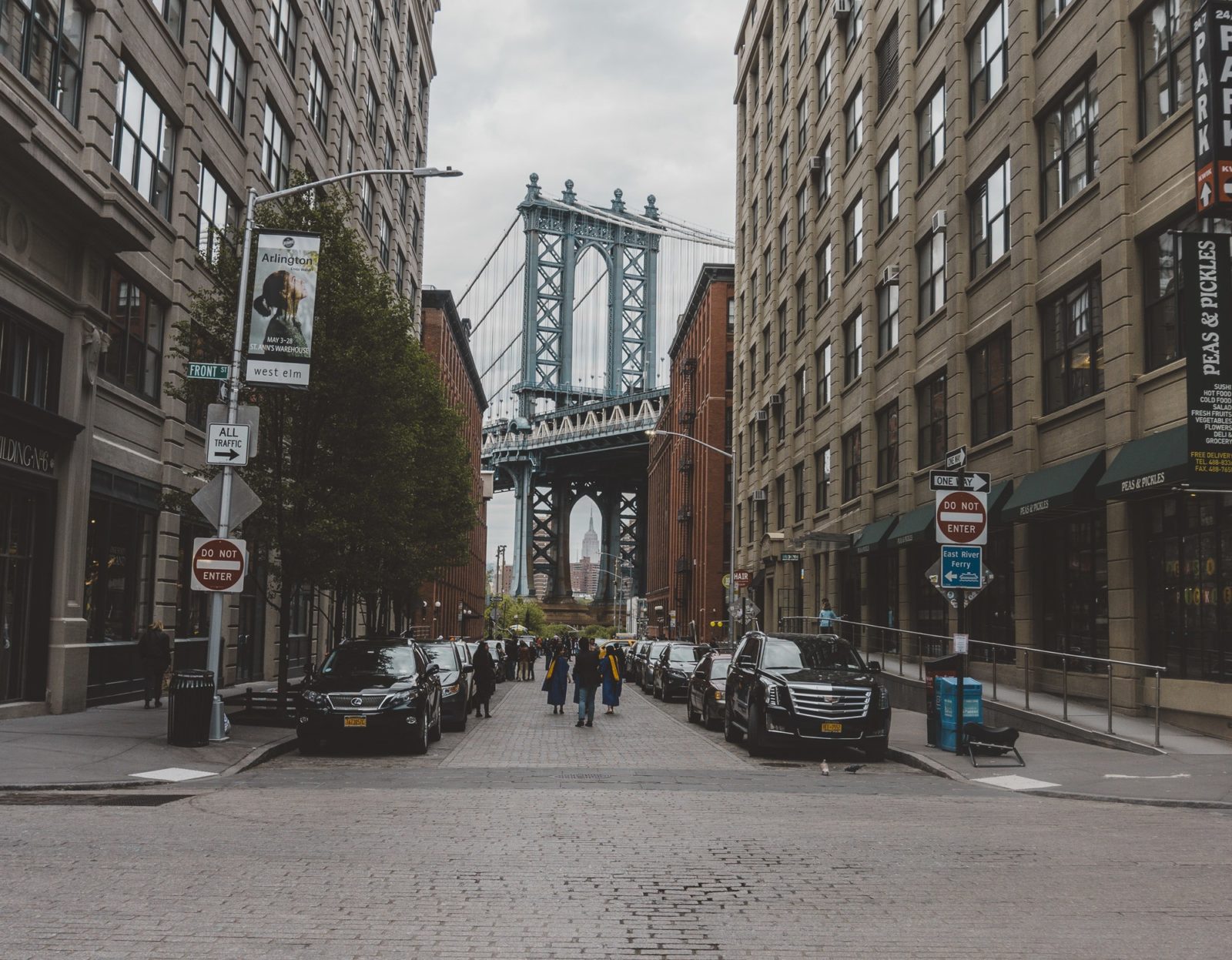 While the Bethesda Arcade in Central Park was used for a scene early on in Season 1, it’s most memorable as the backdrop for Blair and Chuck’s quick wedding ceremony in the series finale. There are technically two levels of the arcade, but it’s the bottom one you’ll want to look for. 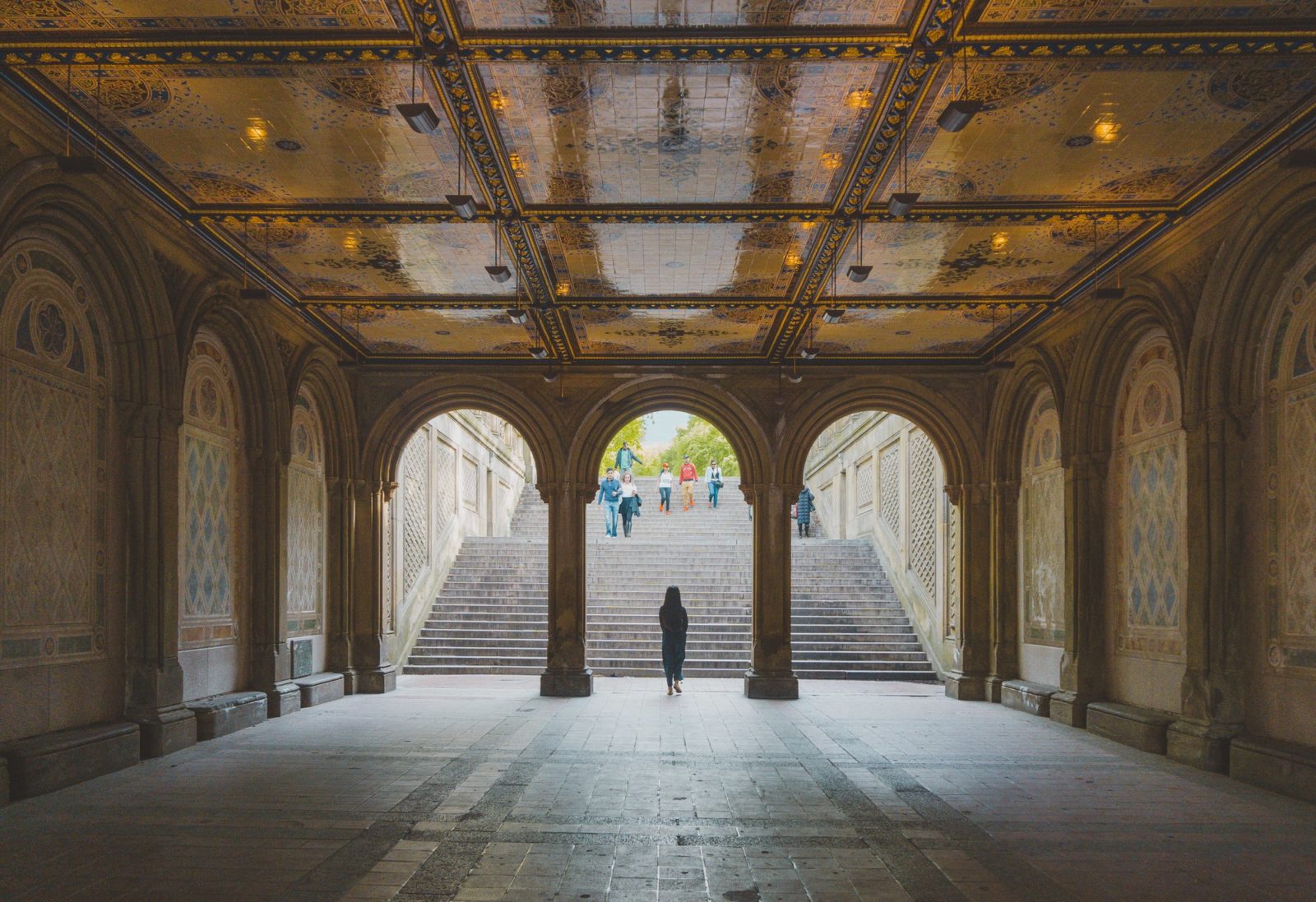 Who could forget Blair’s first marriage to Prince Louis of Monaco? While the relationship was pretty much doomed from their first double date in Paris, it did lead to a stunning wedding that took place at St. James’ Episcopal Church. The church itself is over 200 years old, though the current building was built between 1884-1885.

You might recognize this from Season 4, Episode 8 when everyone heads to the Lincoln Center for a ballet (around when Serena is interested in her professor). It’s one of the splashy events the gang goes to, and you’d be forgiven for getting caught up in all the gorgeous gowns and forgetting the actual setting!

If you’re looking for entertainment in Manhattan, then it’s worth checking for shows at the Lincoln Center. From dance to opera and more, there are a ton of different options. Also, if you go at night, you can see this beautiful view! 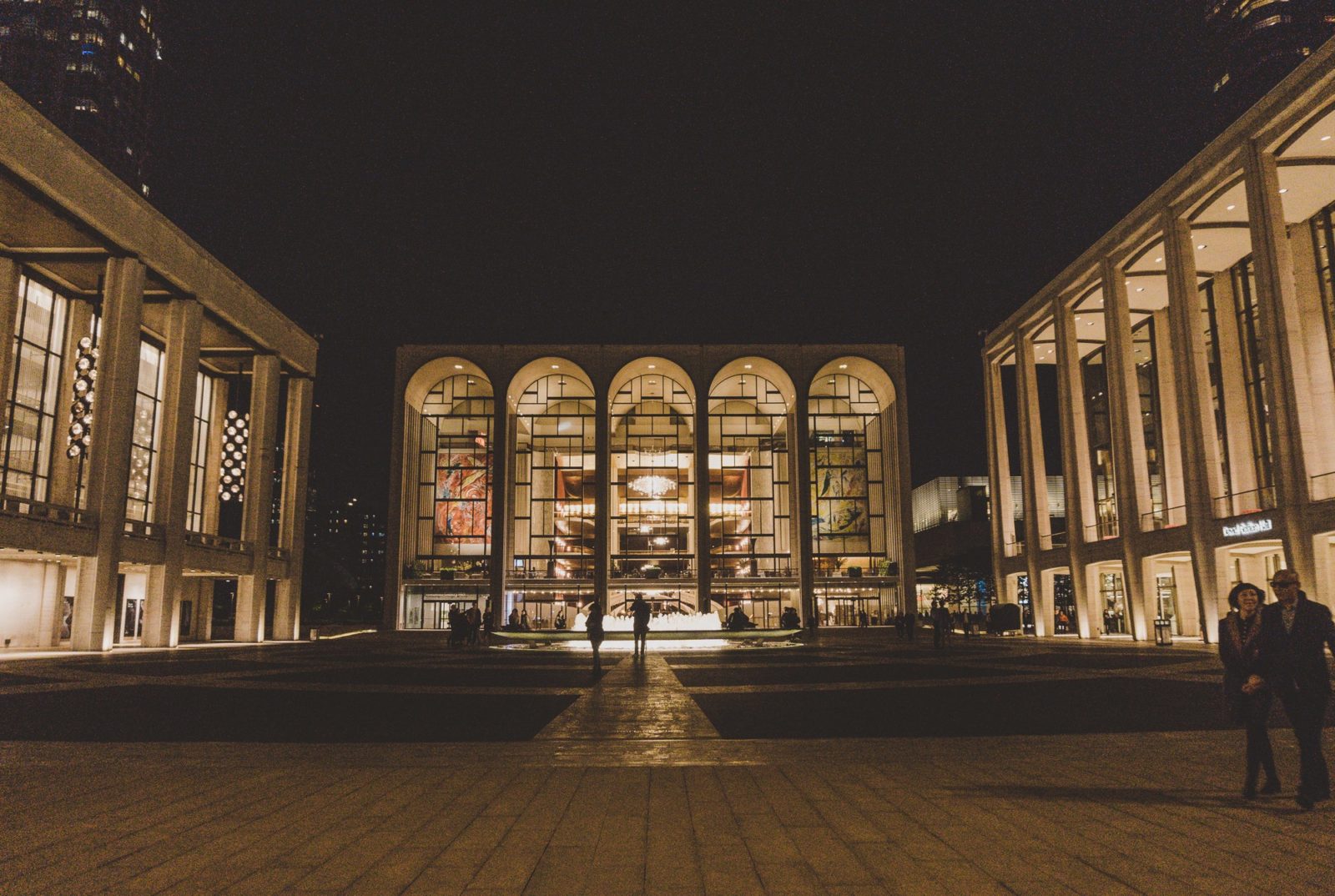 And there you have it! A Gossip Girl Guide to NYC that you can follow for your next trip. 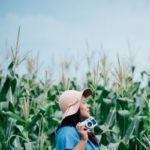 Samantha runs the travel blog There She Goes Again, where she documents her different trips and life abroad. Her address seems to change each year, though for now she’s based out of Korea for the 3rd time. She loves photography, fashion, and a good story, no matter what form it takes. You can find her ramblings on her blog or see her photos on Instagram. 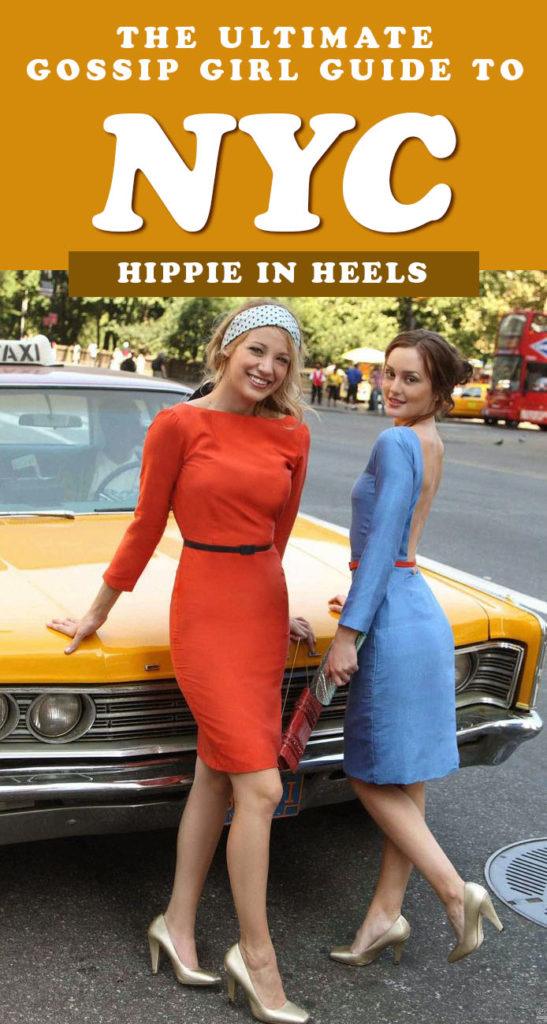