7 Things to Do in Mysore | A Complete Mysore Guide

After spending about 10 days exploring this city with a tour guide, I sure as hell better be able to give you some kind of Mysore guide! If goMowgli taught me anything, it’s that even 10 days isn’t long enough to see this “royal” city and learn about it’s past. Actually, I’ve learned so much if I don’t share it all with you, my head might explode. Here are my top 7 things to do in Mysore you do NOT want to miss!

As of 2018, goMowgli who I toured with, are no longer operational. Instead, you can book on Viator to be connected with a local tour. They have this tour listed for Mysore. I’m trying to update all the goMowgli posts on this blog, but if you are interested in tours in India like this, check out my article on 18 epic adventure tours in India and consider booking one of those.

Don’t miss my full e-book for India, which you can buy here.

Sometimes called, Mysuru, Mysore is in Karnataka, India and was the capital city from 1399 – 1956 under the Kingdom of Mysore. This makes it a sort of royal city in India and its architecture and culture is one of the nicest in the country.

7 Things to Do in Mysore Not to Miss

The holy grail of Mysore — you CANNOT visit the city without stopping here. It would almost be sacrilegious. This is sacred land for Mysorians and Hindus in general. Why might you ask? Well, that’s a story for another day… but let’s just say Parvati got 10 arms and defeated a monster = Dashara and Chumundi hills being a huge deal. Here is the full story of Chamundi Hills. 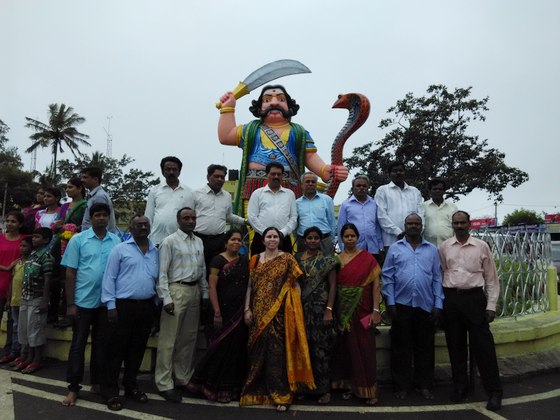 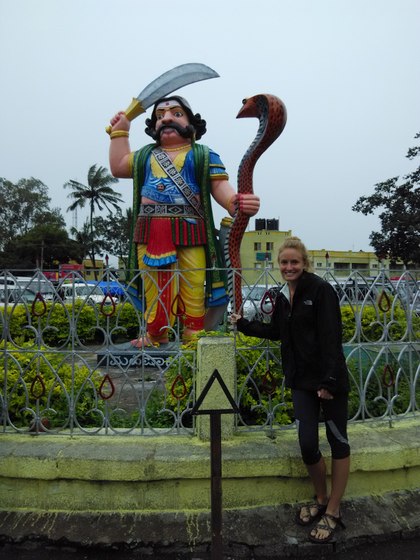 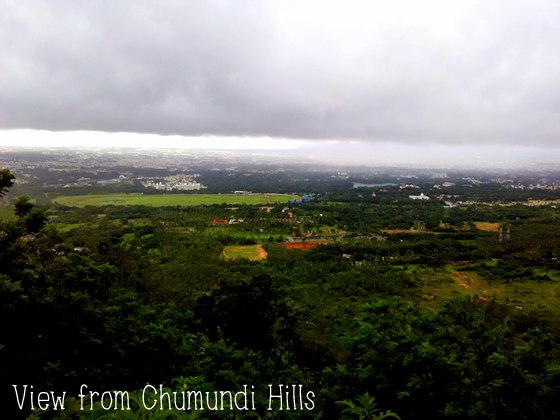 Although for Indians, Mysore is known for being royal, it is also known for four things to tourists: silk, incense, yoga, and Ayurveda. Although there are many places to get your Ayurveda on, I decided to spend 3 nights and 4 days at the famous Indus Valley Ayurvedic Center. I didn’t have the cash dollas to do all the treatments recommended, but if you are rolling in the money there is no better place to spend it than with oil or ghee dripping on you at IVAC.

Mysore market is the most organized market I’ve ever been through in India. The veggies were piled in perfect squares, the flowers were all in one place and the walkways were huge. 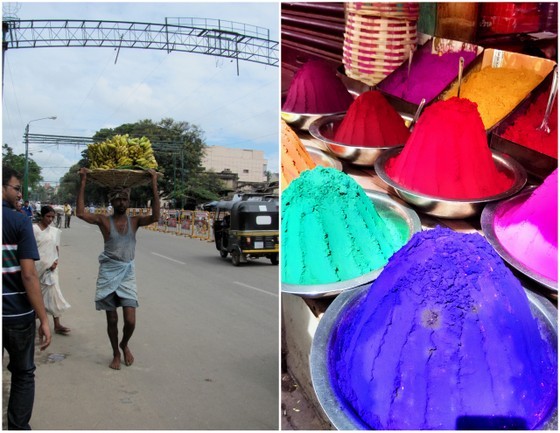 This is where you can buy all your perfumes (like Calvin Klein did and bottled it up!), incense, sandalwood oil, and yes… even silk! Be ready to spend a pretty penny. 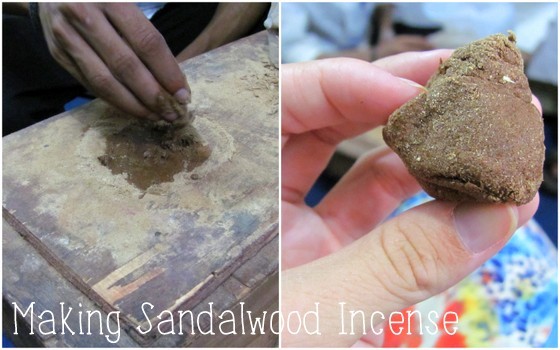 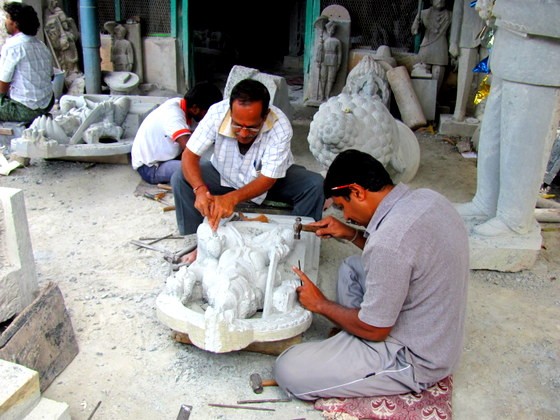 Save time to see the Msyore artisans that are hiding out in the alleys making all the goodies. I couldn’t have found them without goMowgli and am so thankful to them for sharing the information with me!

Eating in Mysore is going to take up a lot of your time. South Indian food is way different from the north where many tourists hang out, and it’s a far cry from Goan food. You’ll get to try tamarind rice, end each meal with curd rice (not my fave), and eat your thalis on banana leafs. 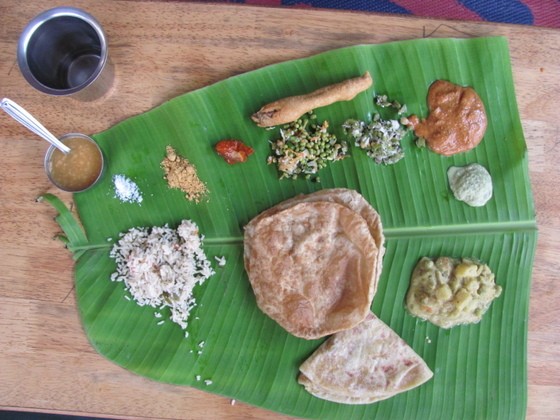 There are some cafes in Mysore that serve western food, but it’s not as sophisticated as other more touristy cities, so it’s best to stick to South Indian fare in Mysore. Dosas with sambar and chutney for breakfast and some Mysore pak for a snack in the market… wash it all down with almond milk! (for more on food, check out the best restaurants in Mysore). 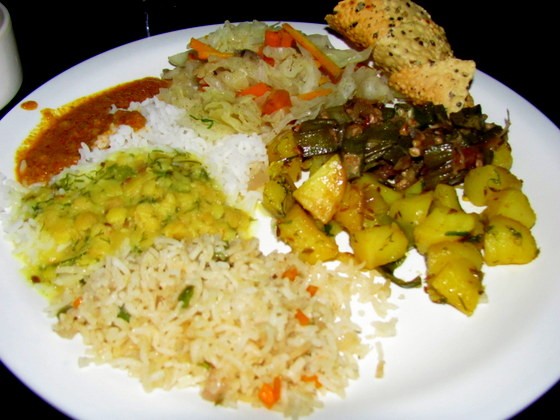 This should be the first thing you do in Mysore, unless it’s a weekend in which case do anything OTHER than the palace tour. Saturday was packed full, especially because it was a holiday while I was there. Mysore was a place of royals and up until a month of so ago had a king of it’s own (but he’s passed away with no heir thanks to the Mysore Cure in Talakad. 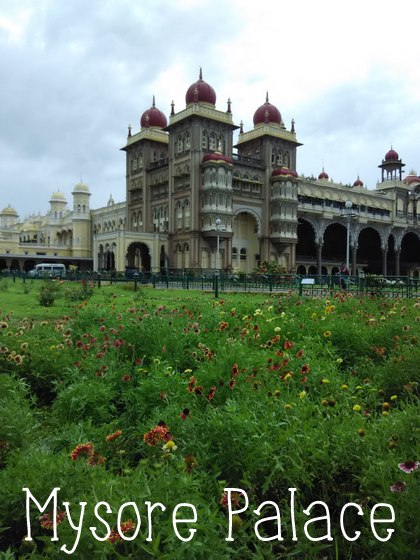 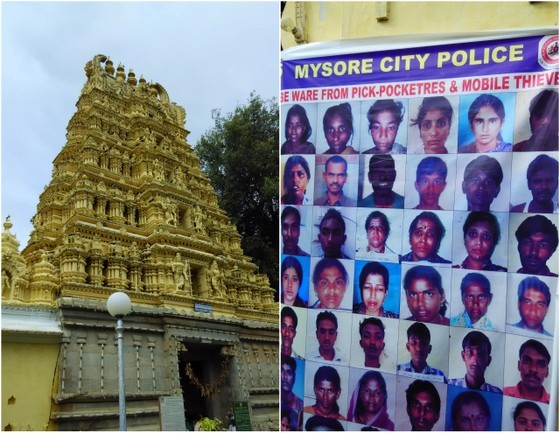 The Brits kind of changed everything up when they came to Mysore. The palace was stunning though. I did the audio guide, but actually goMowgli had taught me so much already over coffee and travels that I didn’t need the guide. 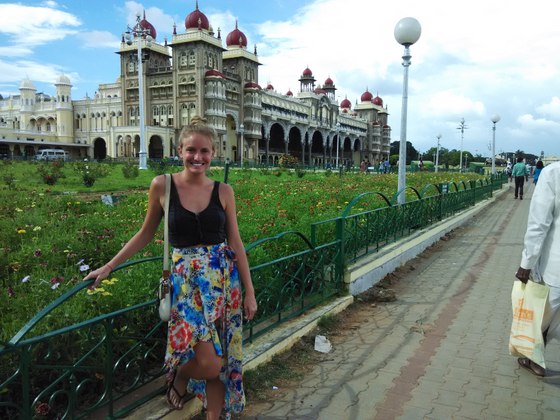 This tiny little museum was very cute to talk through. In an old palace, it has the most random items from stethoscopes, to boats, and puppets. Strange, but more exciting than most museums. I couldn’t take photos in here and actually you’ll need to leave your camera and camera phone at the main desk or don’t bring it at all. 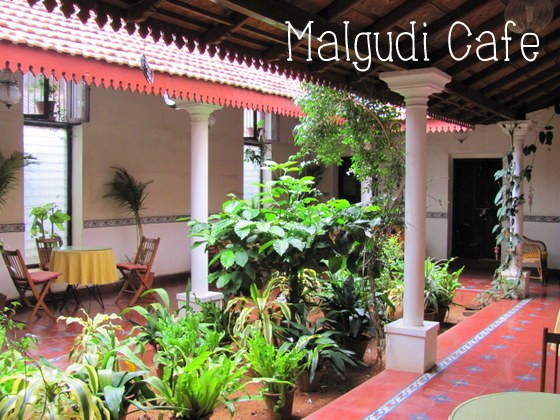 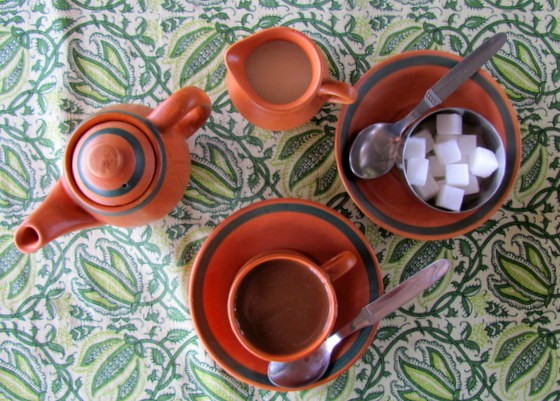 I stayed at the Green Hotel (which was once a palace built for 3 princesses) because it came highly recommended. People come here for lunch and to just hang and meet friends in the gardens. They’ve had farmers markets and vendor booths set up. A great place to spend the afternoon and the food was super.

Read my review here or book your own stay here

If the Green Hotel is out of your price ranger or booked up, check here to see more options in Mysore

For more travel in Karnataka 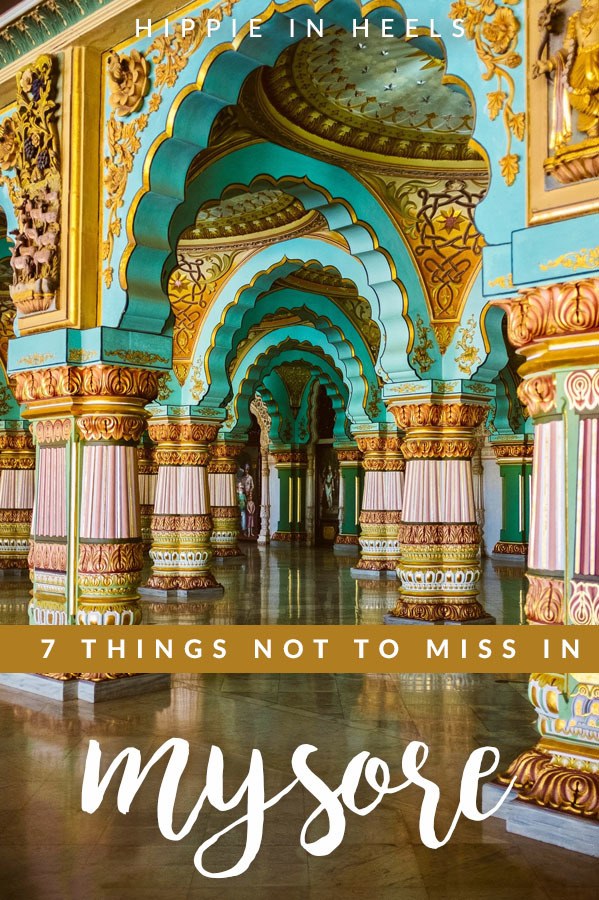