Our Experience at the Himalayan Travel Mart in Nepal

When we were asked whether we would like to attend a travel fair we weren’t too sure about what it involved exactly, seeing that we had little experience in interacting with brands and other travel bloggers.  We have put together this post to highlight our experience at the Himalayan Travel Mart 2017 in Nepal and its relevance to the world of travel.

The event was organized by PATA Nepal Chapter and hosted by the Ministry of Culture, Tourism & Civil Aviation of Nepal. It focused on promoting tourism in Nepal and over 107 delegates from 35 countries around the world took part, in an effort to share their experiences in the country. 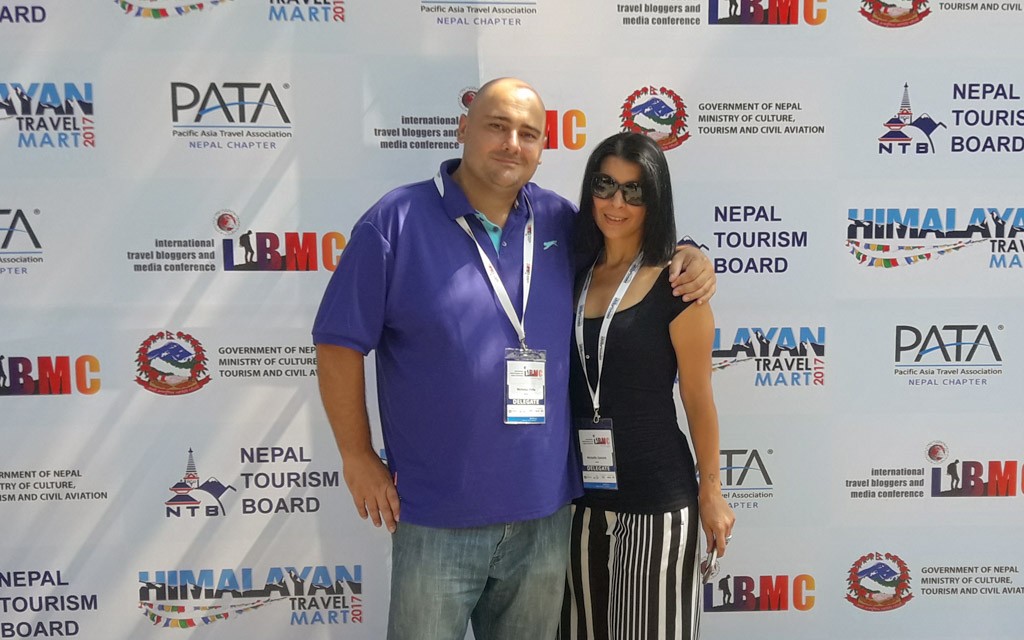 Nikki and Michelle at the ITBMC

Bloggers and delegates were first taken on a multi-day trip which could be culture or adventure oriented according to their preference. We chose the adventure trip which started off with a rafting experience in the icy-cold Himalayan Trishuli river followed by a four-day trek around Poon Hill.  At the end of the adventure trip we were then invited to attend the celebration of Mt. Everest Day at the International Mountain Museum in Pokhara, followed by the International Travel Bloggers & Media Conference (ITMBC) held in Kathmandu. 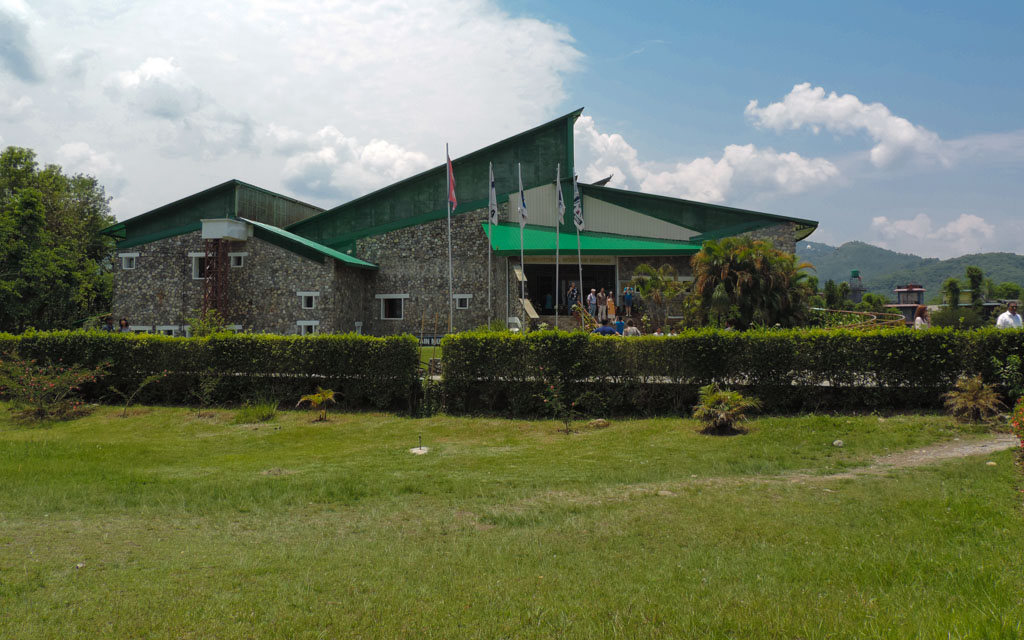 The International Mountain Museum in Pokhara

The Himalayan Travel Mart 2017 conference was held a day later followed by two full days of buyers and sellers meetings where pre-matched sellers and buyers had the opportunity to have one-on-one meetings to discuss possible collaboration. Many travel bloggers left after the ITMBC, but we stayed on to discover whether such a networking experience could be beneficial to us as travel bloggers.

During our stay in Nepal we were hosted at some of the best hotels in the country.

In Kathmandu, we stayed at Hotel Traditional Comfort a new boutique hotel which is only 5 minutes taxi ride away from Thamel, making it close enough to quickly arrive to Kathmandu’s chaotic and colourful centre whenever we felt like, yet far enough to avoid the noise and confusion whenever we needed some relaxation time. The rooftop bar is especially beautiful and ideal for an after-dinner drink.

Contrary to popular belief, Kathmandu is not only for backpackers but offers some great luxury accommodation options!

Our hotel in Pokhara was the Hotel Pokhara Grande, a hotel found just outside Lakeside Pokhara with comfortable rooms many of which have great mountain views. The large swimming pool in the inside courtyard provides some relief on hot days! 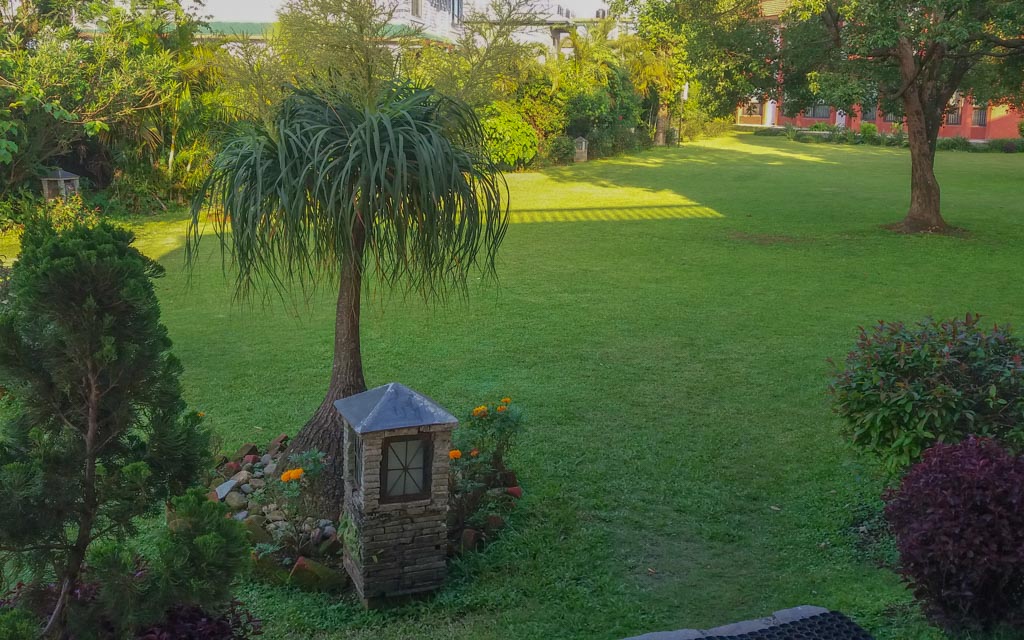 The grounds of the Hotel Pokhara Grande

The first ever travel bloggers meeting to be held in Nepal was pretty large by conference standards! The day’s program consisted of talks by renowned keynote speakers and experienced travel bloggers who gave us tips and advice about how to stay afloat in the business, as well as how to keep up with the ever-changing world of social media. 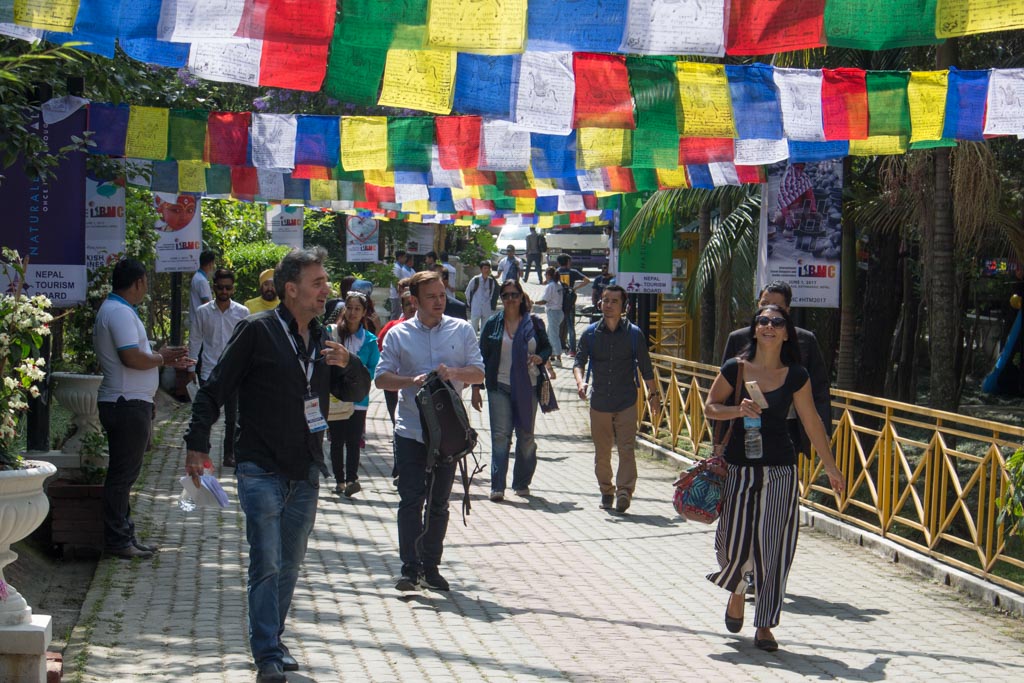 Listening to our peers, and other people involved in the business, talk about how to be a better blogger and survive in the industry, was a very valuable experience and one that we highly recommend especially to bloggers who are just starting out. 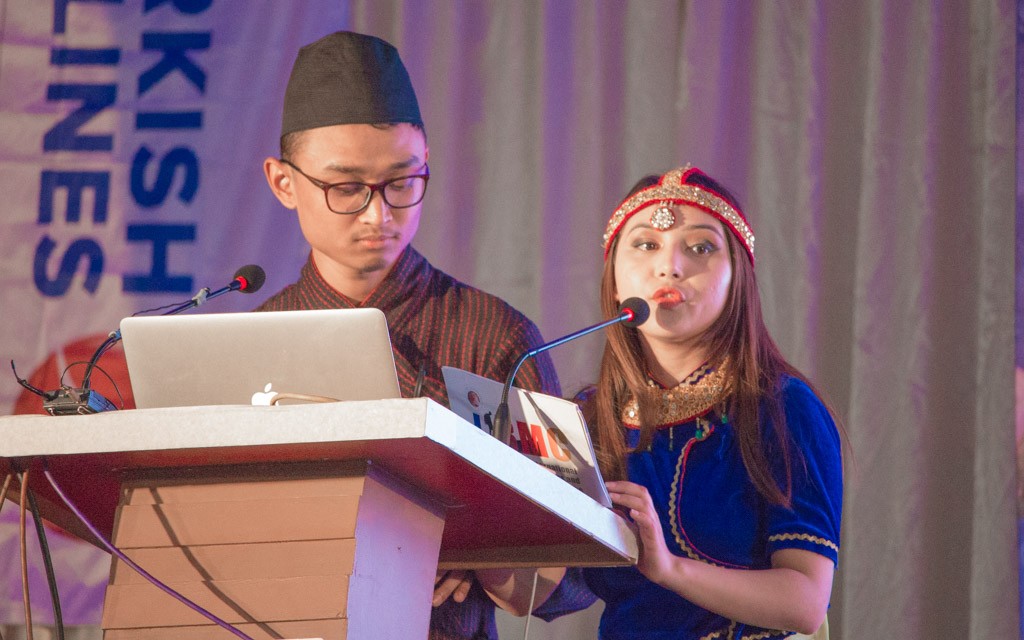 The ITBMC was hosted at the Park Village Hotel, one of the grandest in Kathmandu. The conference was well organized and the beautiful garden setting was the ideal venue for such a large number of participants. The evening dinner and party held in the same hotel was not only fun, but we were served a large and diverse selection of delicious food whilst also being given the opportunity to network with some of the brand representatives.

This day was dedicated to trends in tourism, and how a country so diverse as Nepal, plans to improve and expand its tourism industry. Talks were presented by distinguished speakers, some of whom are considered to be influential in the tourism business and who made some very valid points with respect to the role of both innovative and digital marketing with examples from the industry’s key players.

The talks were not directly relevant to travel blogging but it was very interesting to listen to how the tourism industry (of which we are part of after all) is shaping out. 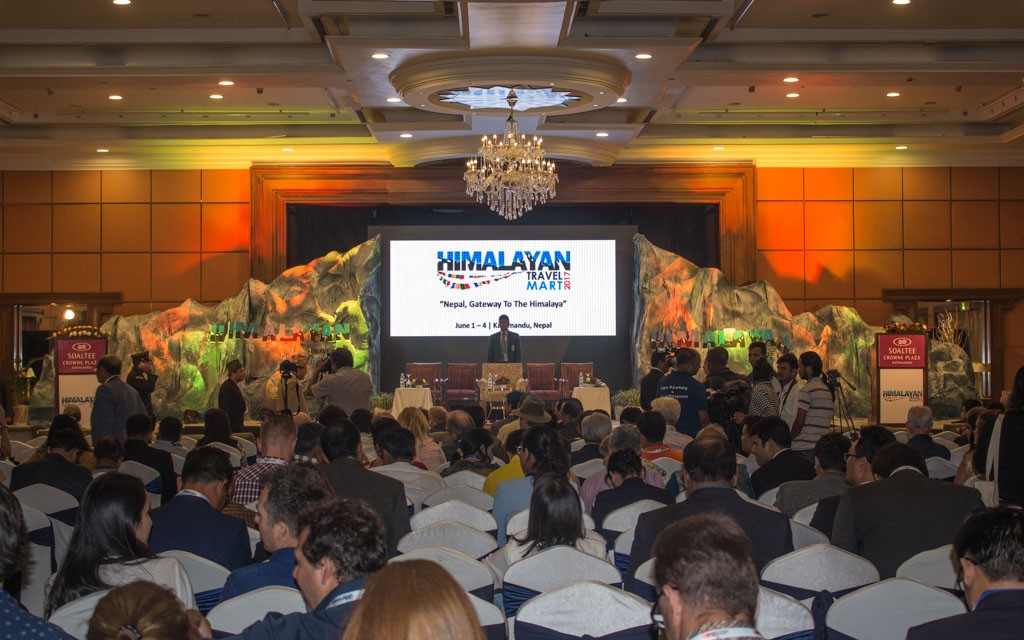 The Buyers and Sellers Meet

Sellers from all around the Himalayas and nearby countries had booths set up with information and brochures advertising their brand. This part of the event was attended only by few bloggers and meetings between buyers and sellers were pre-set in 20 minute intervals, so that brands did not have much time to take on other “extra” meetings with bloggers. 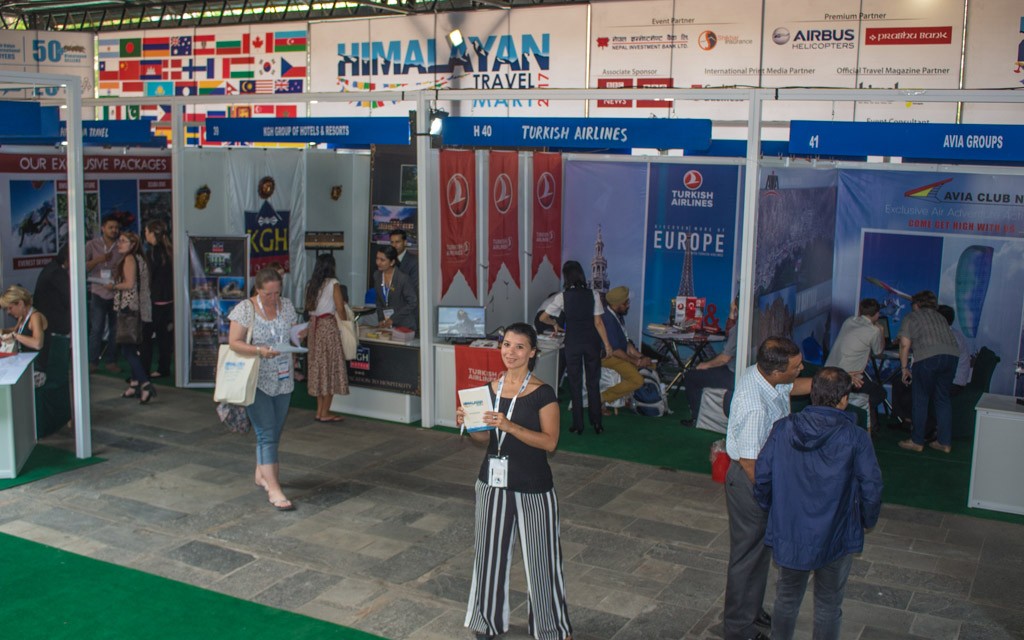 Michelle at the booths of the Buyers and Sellers Meet

We did however manage to talk with a few of brands in between slots, to ask whether they were interested in working with us, and in some cases got a positive response.

We totally recommend doing some research and having some knowledge about the brands you want to talk to, and about the destination you are looking at. Since we knew that sellers would be mostly brands from Himalayan countries, we prepared ourselves by researching activities and things to do in Nepal and the surrounding countries so that we could discuss promoting tourism and relevant activities in the said countries more effectively.

Although we were not on the official one-on-one appointment list, we found that sellers were willing to talk to us whenever their booth was empty and that networking was not difficult at all.

Be prepared to talk about your brand, your niche, your audience and what you can do to promote and push the brand on your blog. Sellers are interested in potential outcomes of a collaboration, and you need to be prepared to truthfully discuss measurable deliverables.

One other tip is to have your business cards on you all the time. This may seem obvious, but maybe you don’t want to be carrying around too many things during your evening dinner or during a party, and decide not to take them along. Remember however, that some of the best networking connections can be made during evening dinners and times of entertainment when people are more relaxed and more open to getting to know you! 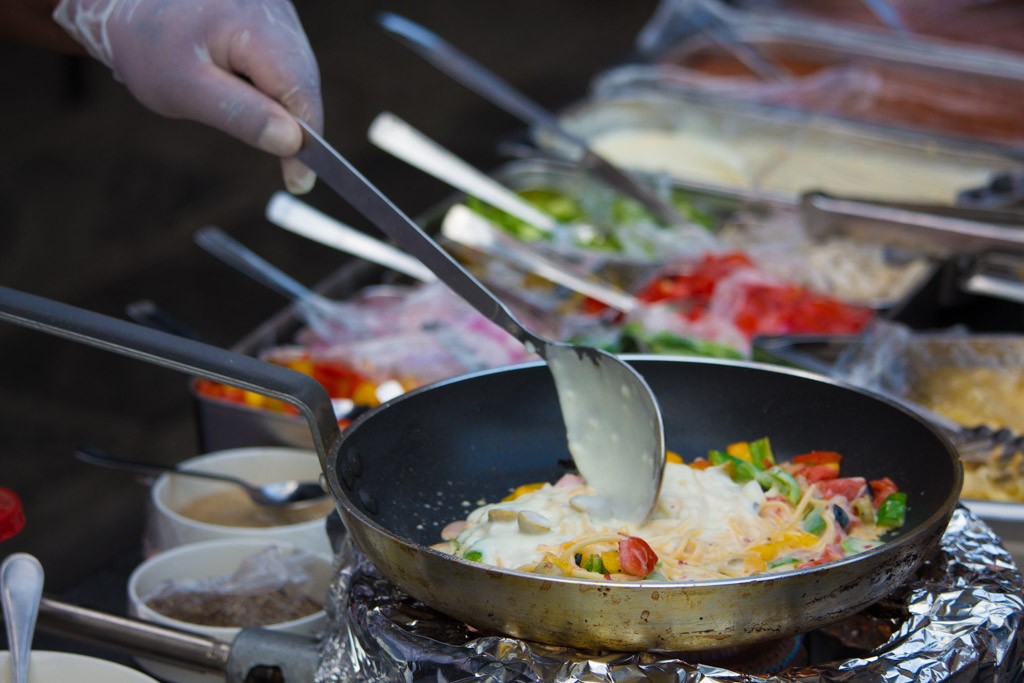 Besides talking to brands about potential collaborations, we also managed to speak to some interesting people such as Shailee and Maya from The Seven Summits Women team about the role of women in Nepal and the difficulties they faced in becoming mountaineers. We also spoke to the representatives from the Himalayan Rescue Association Nepal and their experience in saving trekkers suffering from injuries or altitude sickness during their treks in the mountains of Nepal. 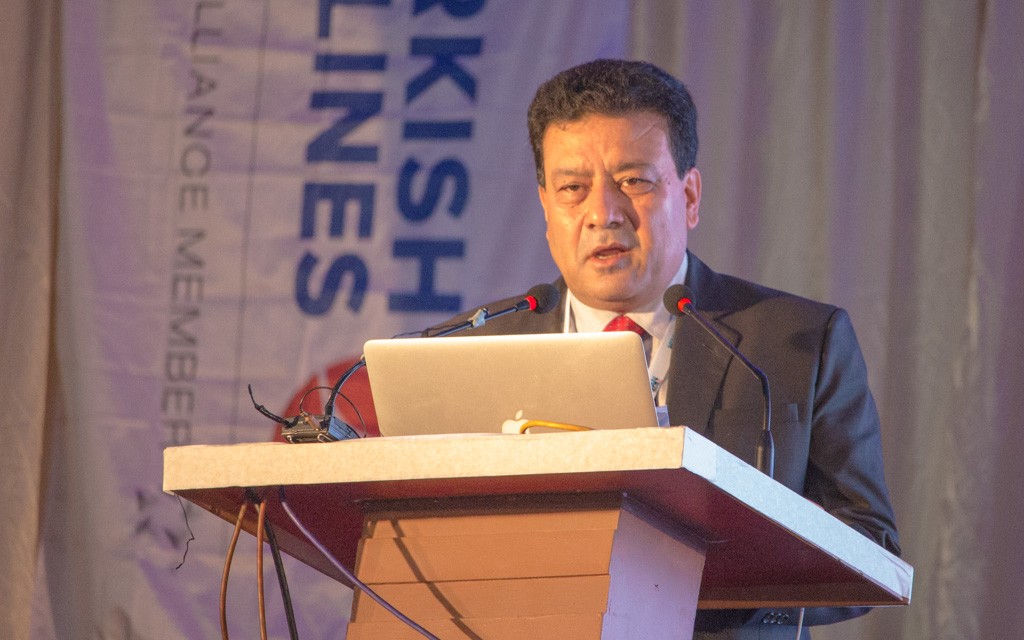 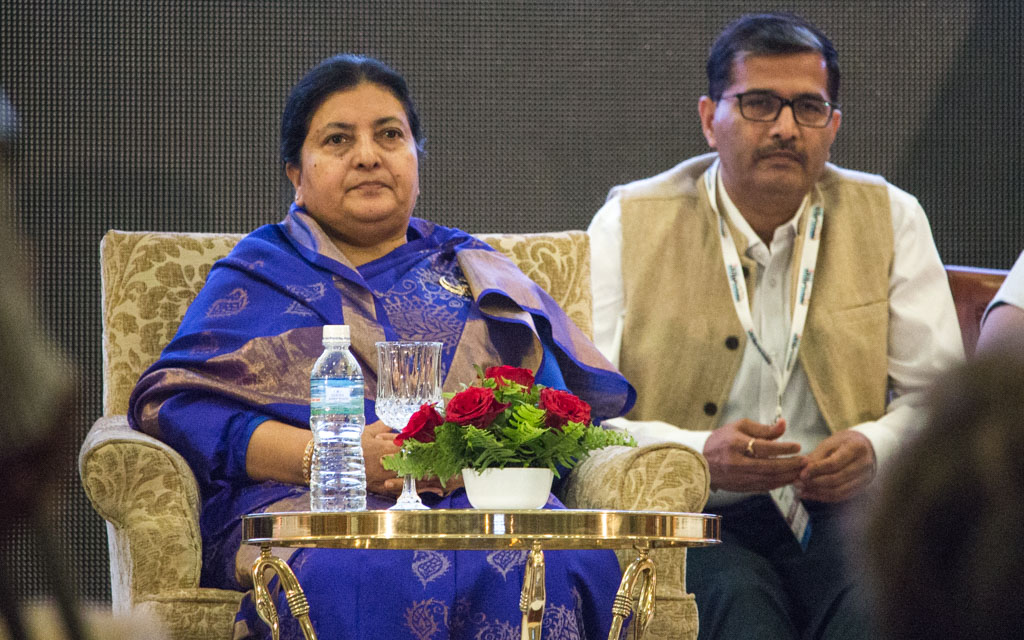 Her excellency the President of Nepal, Bidhya Devi Bhandari

So in reality, the travel mart was not just about conducting business with brands but also about hearing people’s views on Nepal from different perspectives, and about stories from around the Himalayas. The human factor, is after all, an important aspect of travel blogging and we felt that our experience was further enriched through these meetings. 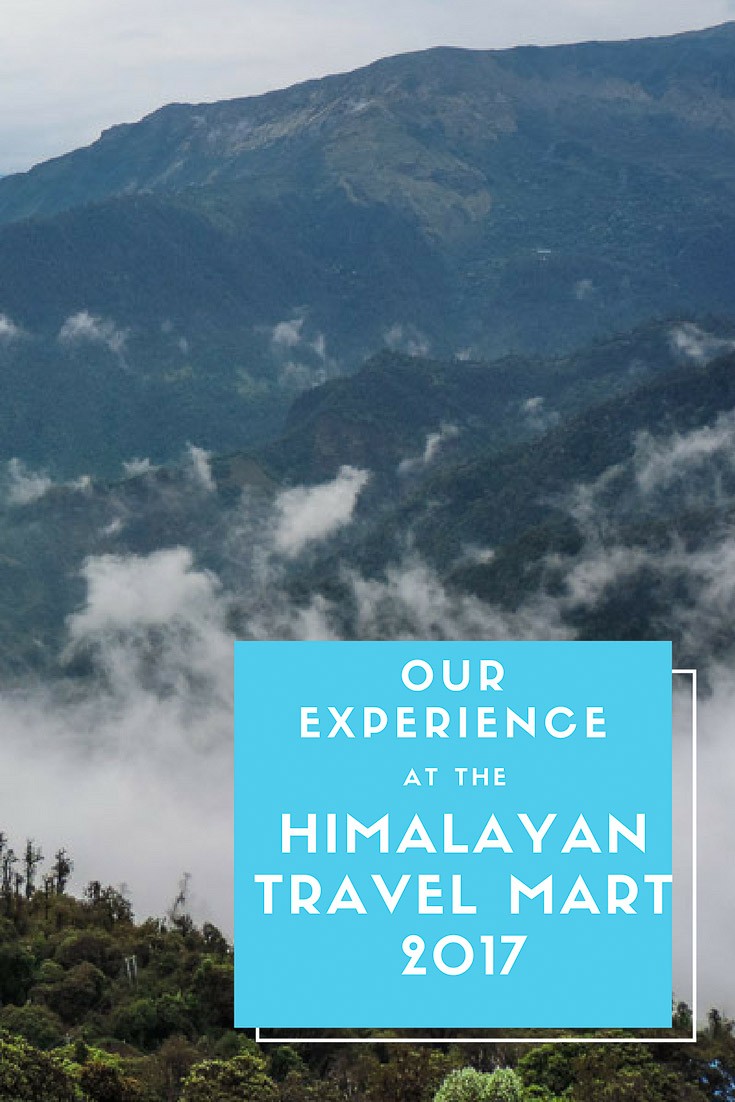