That Time I Was in an Indian Rap Video…

Just when Chloe and I were starting to think that we would have a simple day of wandering around Manali doing nothing (since everything was closed), a lady stopped us on the street and our whole day changed in a minute.

Because it was November, I suppose she didn’t have much option but to ask us, dressed in our boring hiking clothes, if we’d like to be extras in a rap video. I mean, seriously- we didn’t look the part. At first we were hesitant and every part of me was like “no no no, absolutely not!” But then she told us to get a rickshaw, she’d pay, and we’d get some lunch and talk about it- on her.

Well that was enough to convince us. I mean I could become a millionaire and I probably wouldn’t pass up a free lunch, and I was far from a millionaire on this trip. Plus there was the fact we’d run out of things to do (that we could afford) in Manali. When we showed up at the restaurant, there were a few other foreigners they’d wrangled up, sitting around having beers.

We were told we’d get free lunch plus 500 rupees if we just sat there, smoked chillums and drank beer. The song was about Malana Cream and we were supposed to be tourists enjoying it.

La La Land, That Time I was in an Indian Rap Video

Basically this hash from Malana is supposed to be the best in the world. Apparently you can’t get into the village it’s made in, as it’s heavily gaurded, even to buy a water. You have to be personally invited. People tell stories of foreigners going missing and Lonley Planet advises against visiting. I’ve heard there is an European and Isreali mafia presence in control, but hey, there’s mafia everywhere.

Avanti made the video about Malana, ala “la la land”, and dressed as a super- hero came to Manali searching for it. The premise was for him to ask all these other foreigners which way to go to find it.

He searches, we smoke, they film. That was about it. 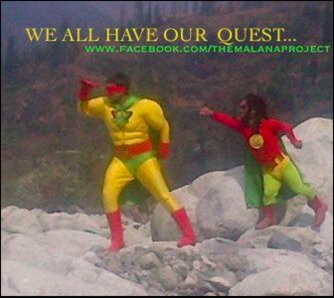 it was superhero and comic book themed

We actually had to do two different takes of the same scene because one had to be “smoke free” to be able to play on VH1 India.

The song was “Malana ‘La La Land’” by Kunal Avanti, who was actually a good rapper from Bombay, although I didn’t love the song itself so much. I was actually surprised by how good he sounded! 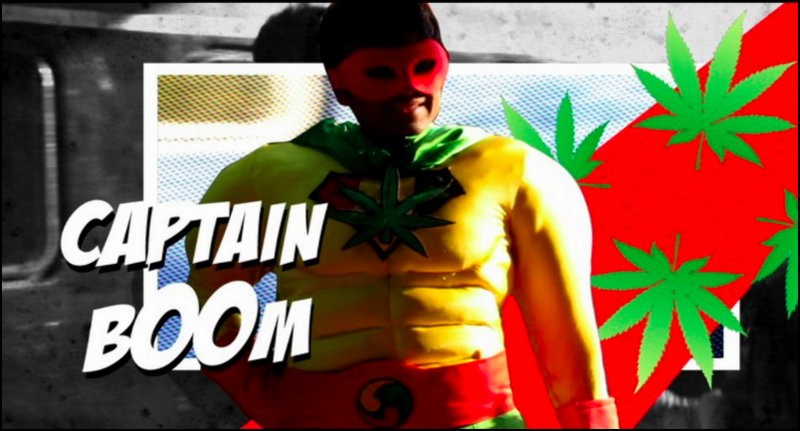 I was asked at the beginning if I’d be interested in making some extra money to ride on the 4-wheeler with Avanti and his little person side-sick. Who could pass that up? Sadly, during shooting it was mutually decided that it was unsafe because he couldn’t reach the pedals. I didn’t get my extra five minutes of fame, or my additional 500 rupees. 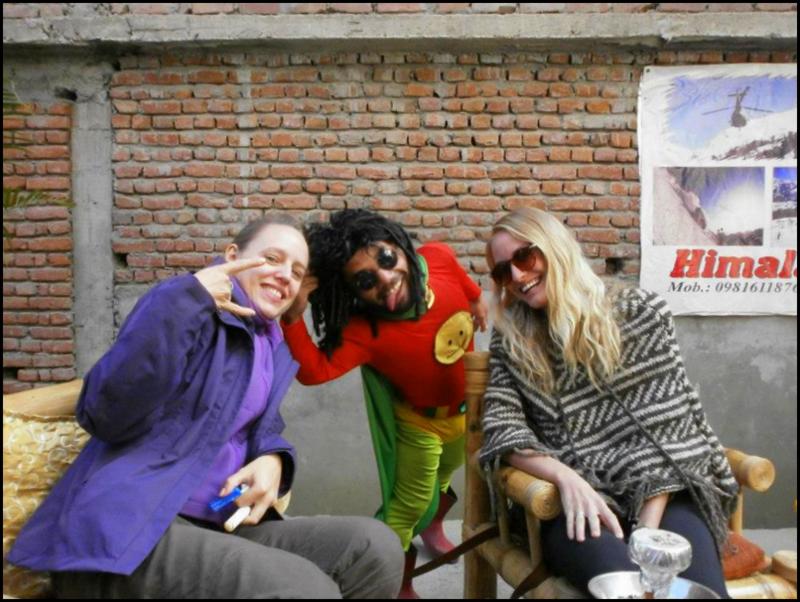 The whole thing was kind of funny and an interesting way to spend the day. The people we met, including the kind directors, I still talk to occasionally today. We stayed up late enjoying the gifts from Manala and playing the board game Taboo.

My bill ended up being higher than what I made that day, so it was a wash. It definitely beat going on a hike down the same old path though.

I’d link the video, but it’s just embarrassing, although I don’t know why as I am barely in it, but I can’t have that nonsense on my site! If you’re so curious you can take the extra step to search it on YouTube. You really shouldn’t though. It’s just ridiculous. I mean my mom always told me not to go on MTV, but I’m pretty sure MTV India doesn’t count, right? 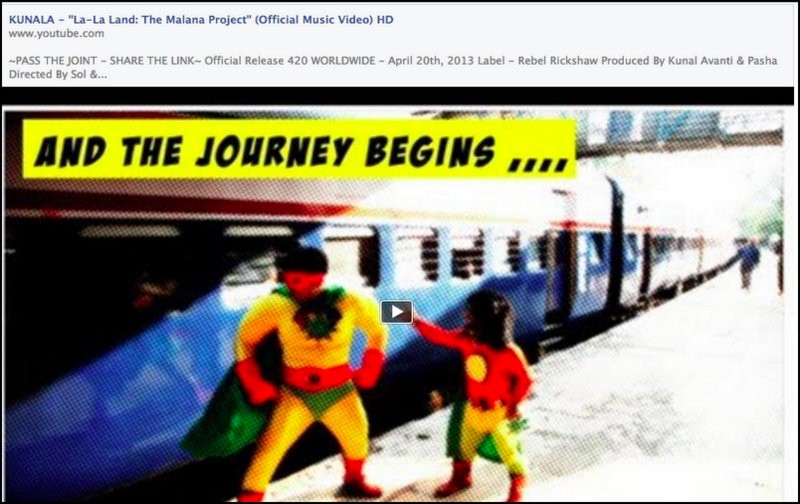