As it’s raining cats and dogs in Goa and I’m trapped inside, this seems like a good story to share.

We planned on waking up early to get to Mangeli waterfall at first, but early wake up calls literally never worked unless there is a plane to catch. Of course we showed up just about the time lots of domestic tourists were there getting drunk in the car park. Typical in Goa! I thought it would be fun to show this adventure as it started so you can see it how I did!

We drove off toward the Karnataka border with our friends Ryance and Babu. Monsoon in Goa is lush and green.. it’s quiet and peaceful, but it’s a little boring after a couple months of pouring rain. This monsoon is much better than the last so far (knock on wood). Last year it rained all through June and this year it rained only a week in June then stopped for two.

The drive was beautiful and stopping for food on the way is a good idea because the street-side restaurants on the highways serve decent food. I don’t eat Indian often, so when I do it’s better when I’m with my local friends because they really know what to order!

PS for more adventures in Goa, check out my e-book the Insider’s Guide to Goa. 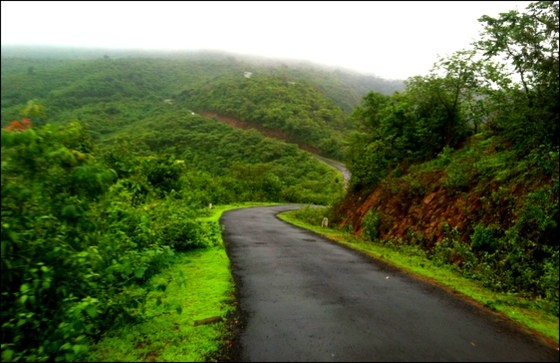 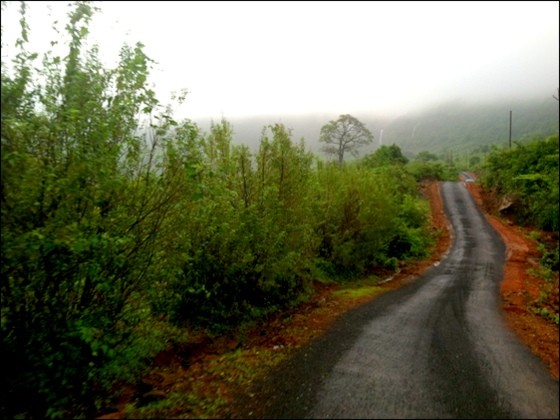 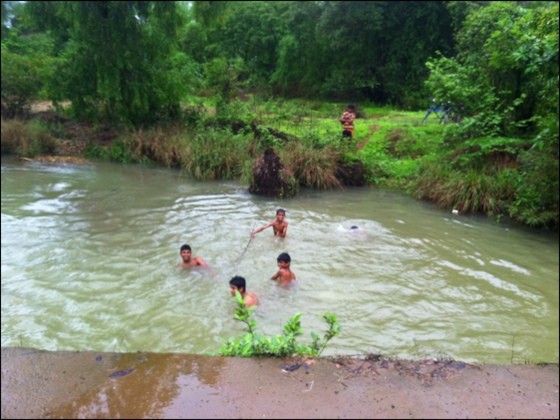 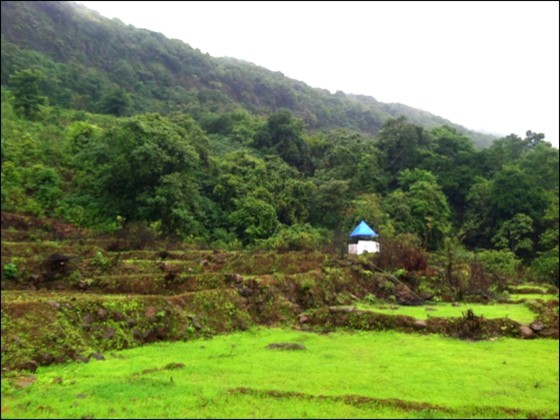 As we got close, we hear the music before we saw the people. There were so many Indian men partying in the car park! One thing that most people notice in Goa is local men go out a lot and then women stay home. This is totally normal here but makes me feel bad for all the wives who are home with the kids while the men party it up. It really hit me when we went to Wok n Roll one night and a bus showed up with people coming for a birthday party. There were about 30 men, 6 little boys, and 2 women. The women were clearly there just to babysit the kids and the rest of the wives were at home. It’s just the culture.

This place was no different. I was the only girl and everyone kept calling me “ruski” meaning Russian in konkani/hindi (I’m not sure). 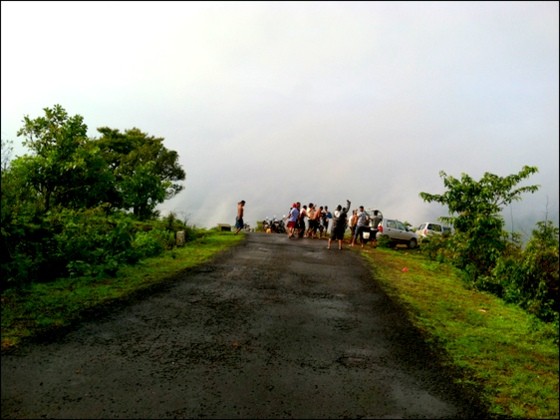 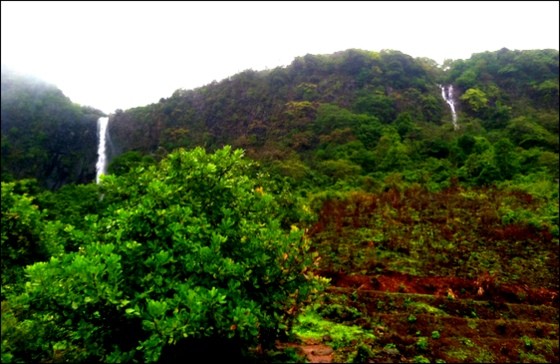 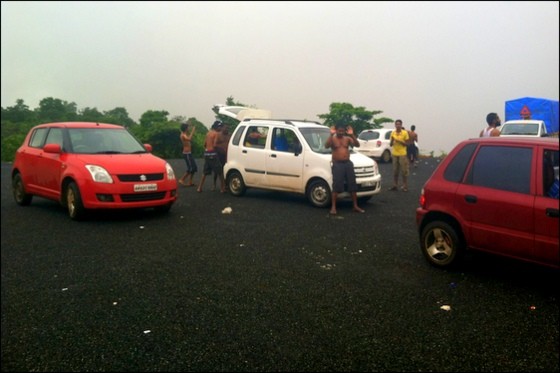 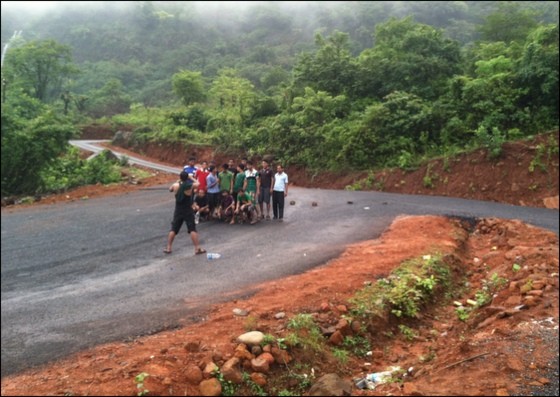 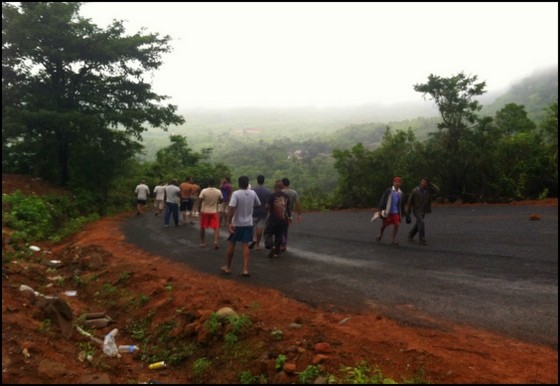 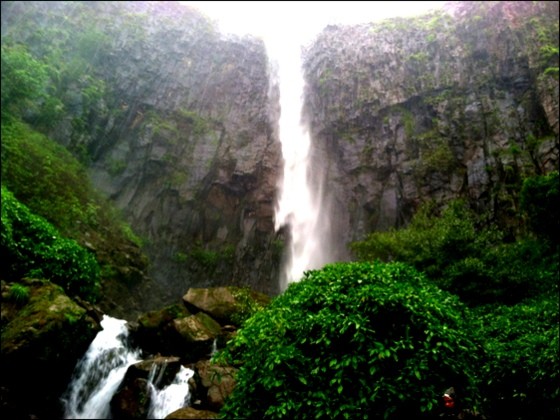 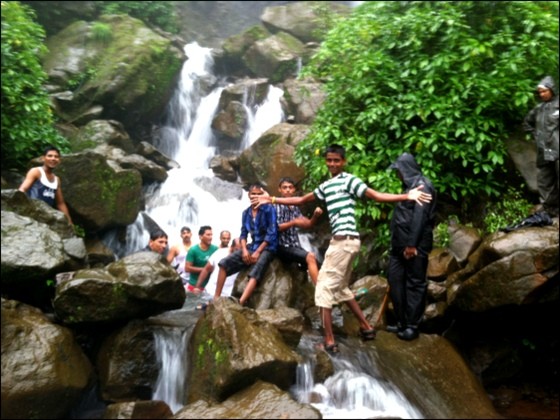 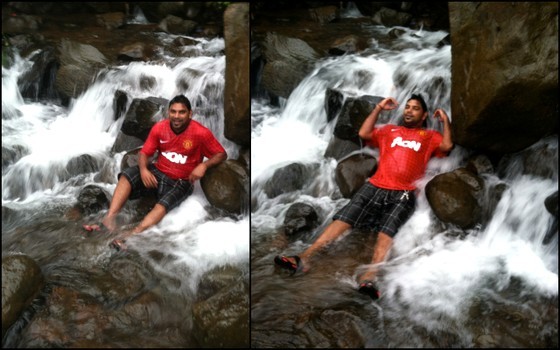 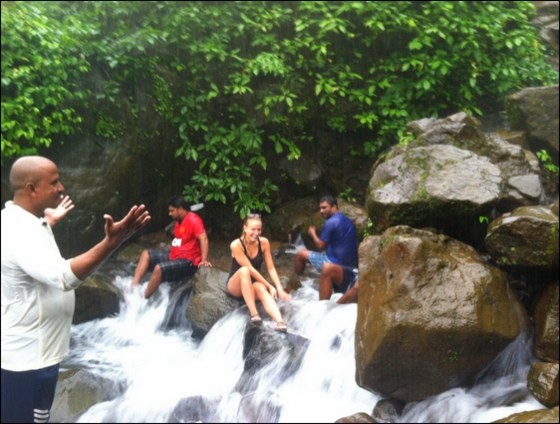 The waterfall was a lot of fun but the water was rushing so hard that we weren’t really allowed in. The word rule in the west means “one of a set of explicit or understood regulations governing conduct within a particular activity “.  The word “rule” in India I think must mean something different like, “a set of possible ideas you could follow but absolutely don’t have to and can very well do the opposite if that pleases you better”. The people in charge told us definitely not to get in but if we do they will hold my cell phone for me. Sweet deal. 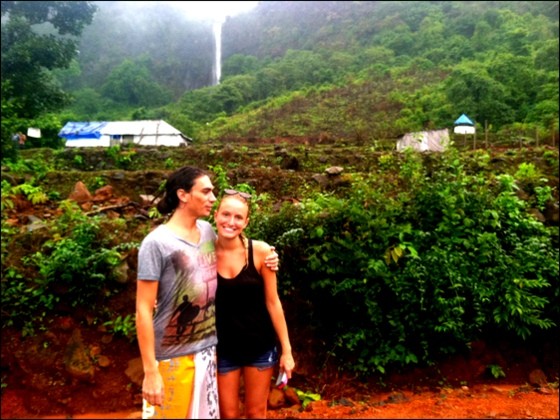 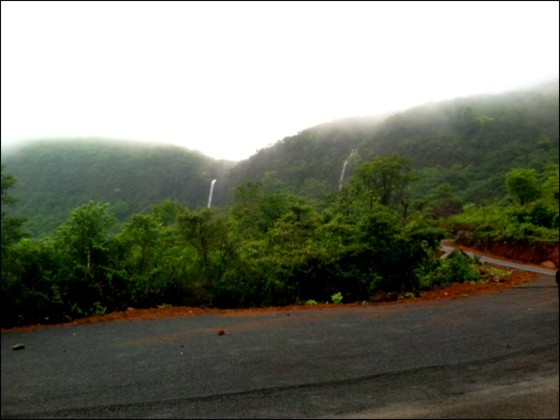 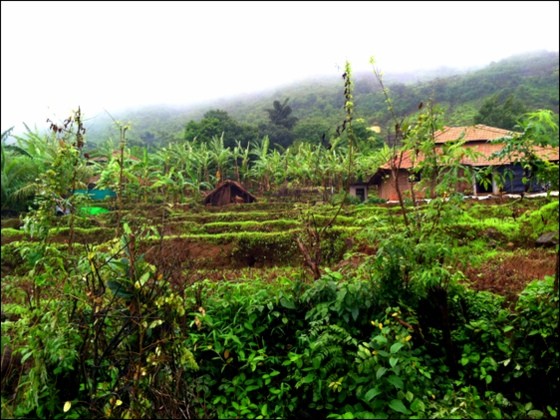 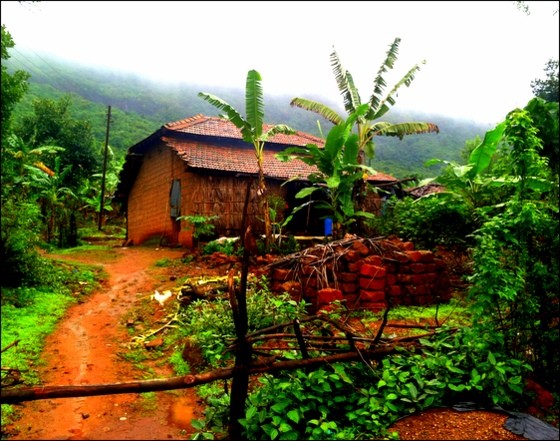 On our way out, we saw a cow fight! I hate to see animals fighting but weirdly took photos… 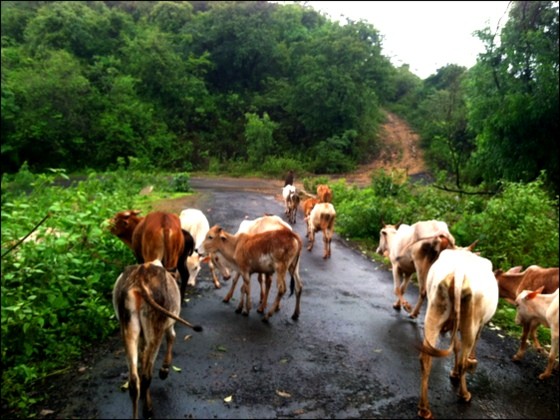 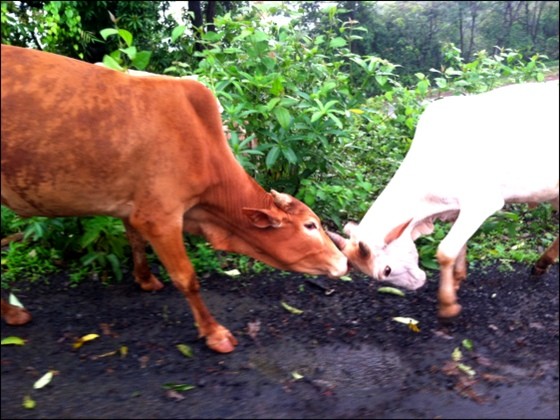 Lastly, of course we have to swim in the creek we saw kids swimming in earlier. Ben went through those huge water spouts under the bridge like a crazy man and then the day was over! 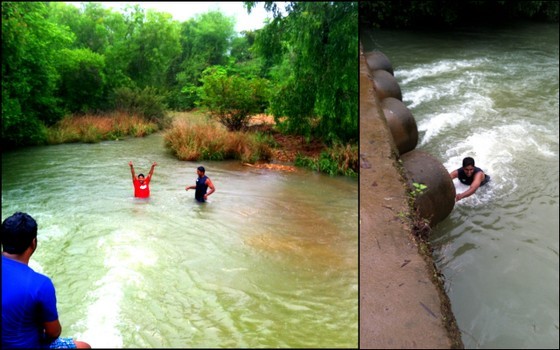 Practicalities: The waterfall is called Mangeli and is right across the border in Maharashtra. Any taxi driver will know how to get you there. You need only a half day for this.