Babu pointed out the window and said “Look, Shiva!” I looked over and saw the Murudeshwar Shiva statue, the most massive Shiva I’ve seen in my life.

It’s the second tallest statue of Lord Shiva in the world (the biggest being in Nepal), and is located on the edge of the Arabian Sea. We didn’t have time to stop then but knew on the way back we’d get out and take a look.

You do not have to be Hindu to appreciate this mammoth statue. It will leave you awe-struck no matter what religion you practice! One thing that I really love about Hinduism and how extravagant their temples are and how far they travel to show their dedication.  A little about Lord Shiva: He’s the God of destruction and a favorite here in Goa. You’ve probably seen photos of him- blue, long hair, a snake around his neck, and a bull by his side. 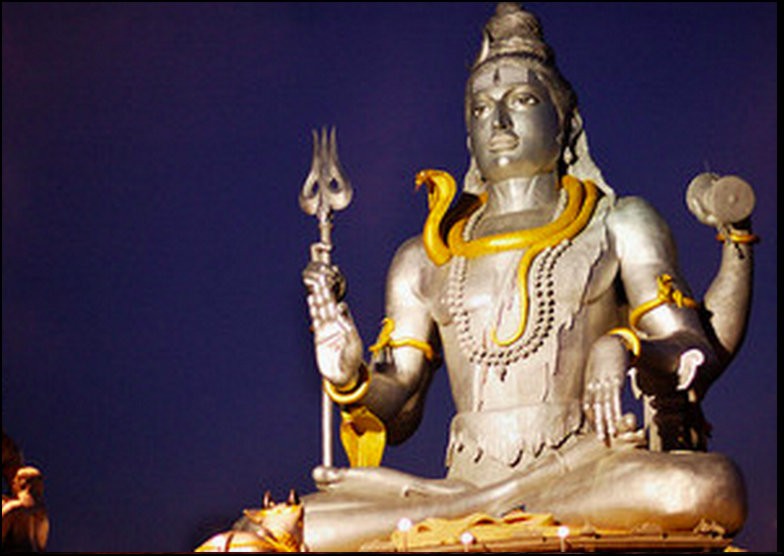 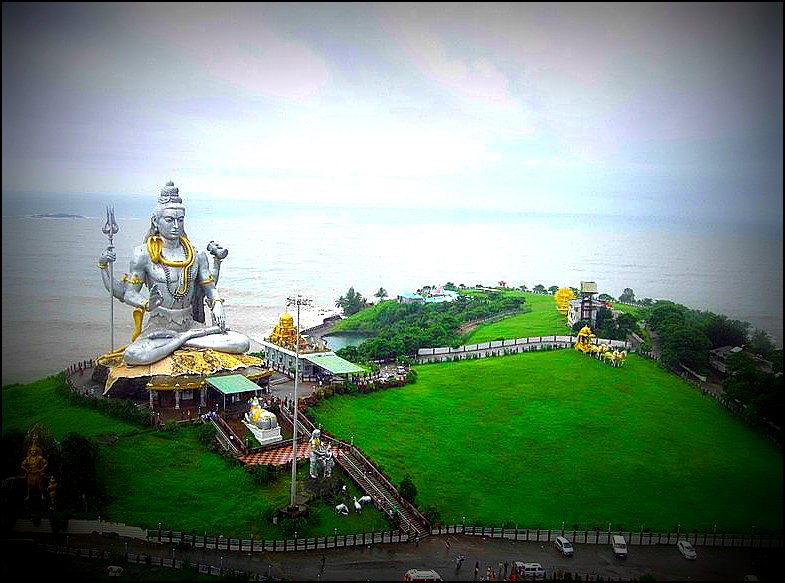 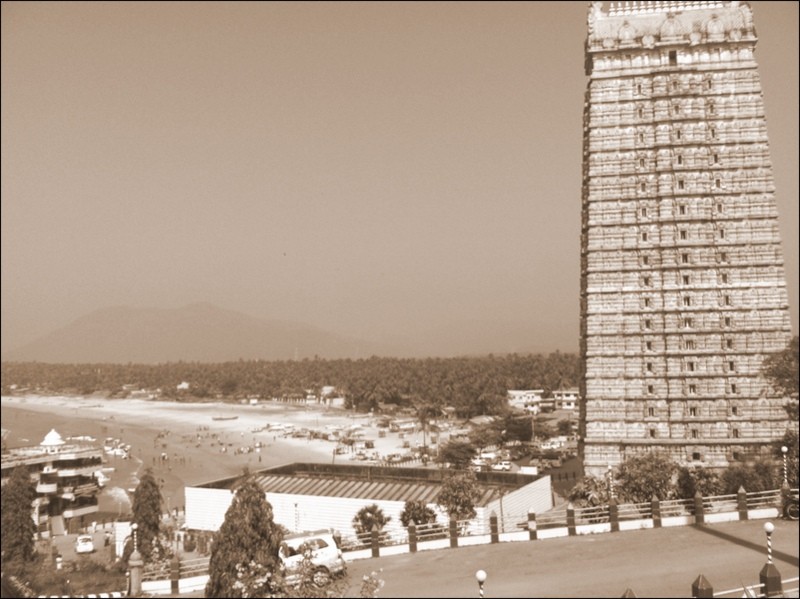 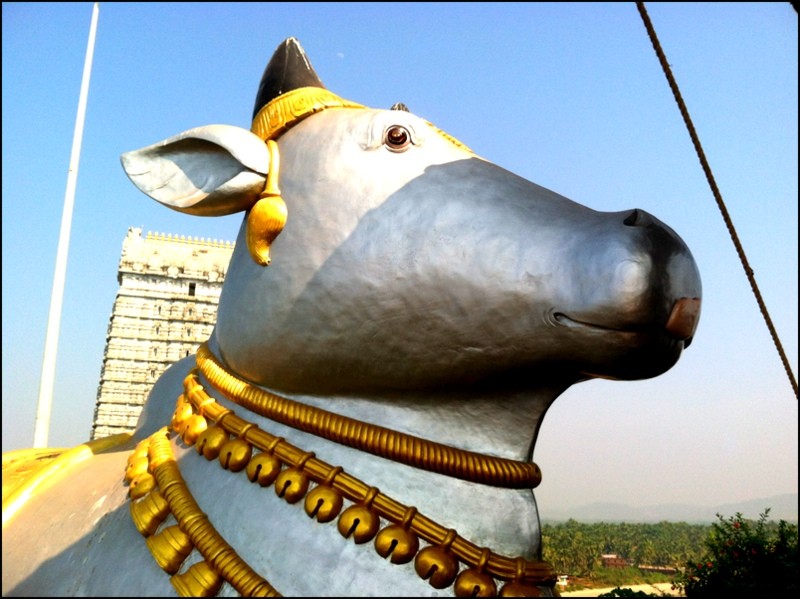 The statue is in Murudeshwar (which is actually another name for Shiva), in the state of Karnataka. You’ll see it if you drive south to Mangalore or Cochin like we did all the way on the NH-17. But you can also get to it from a stop on the Konkan railway route. If you fly, the closest airport is Mangalore.

There are three attractions, the first being the imposing Murudeshwar Shiva statue, the second being the Murudeshwar temple and Raja Gopura, and third is the Fort.

Shiva was designed so that the sun would make the gold paint sparkle and although costing 50 million rupees, it has over time lost some paint and actually at one point and arm blew off. Inside the cave of the 123 foot high Shiva statue the story is told with larger than life figures painted with detail.

I had no one to tell the story to me so I’ve done a little research… and STILL cannot tell you what the heck happened. It’s really complicated, so I think it’ll be more fun if I just show you some of the photos and you make up a story in your head like I did! (But if you want the real deal, you can read pages and pages about Lord Shiva on the official website).

One thing I did learn from it: Gokarna is involved in the story and means “cows ear” because of this. 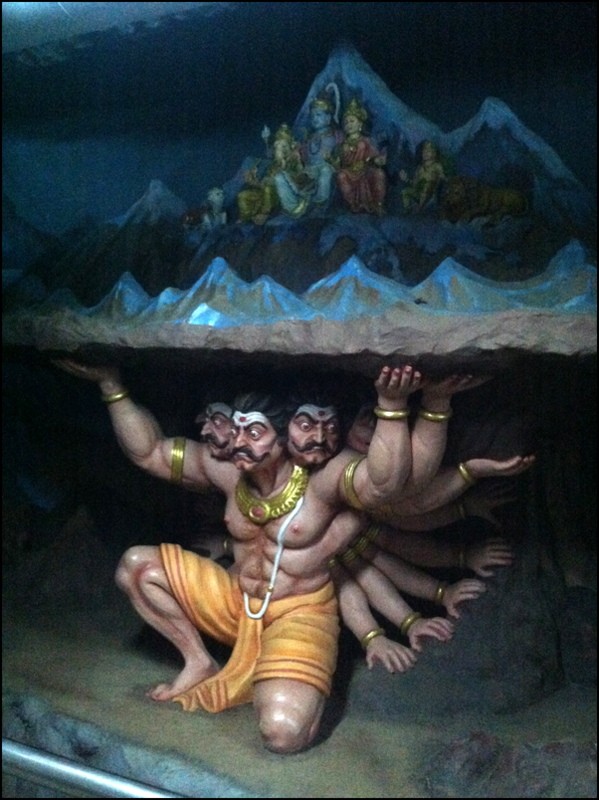 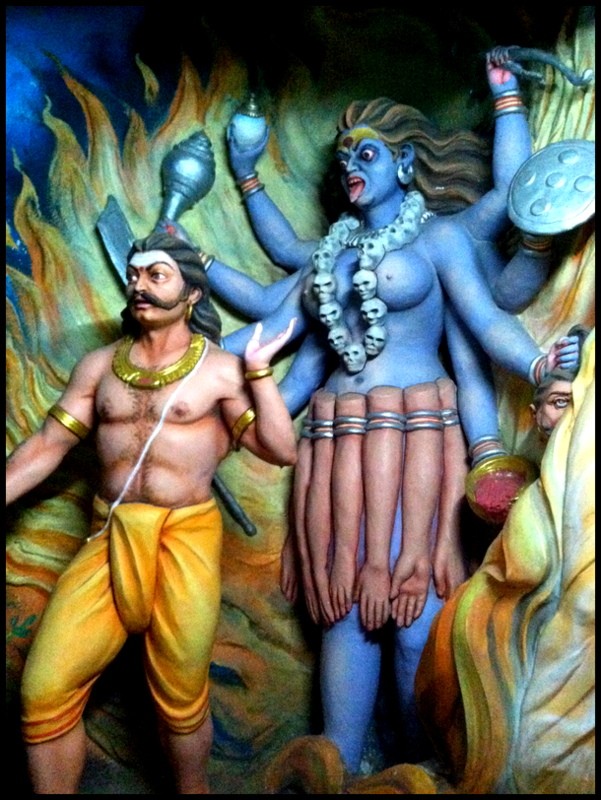 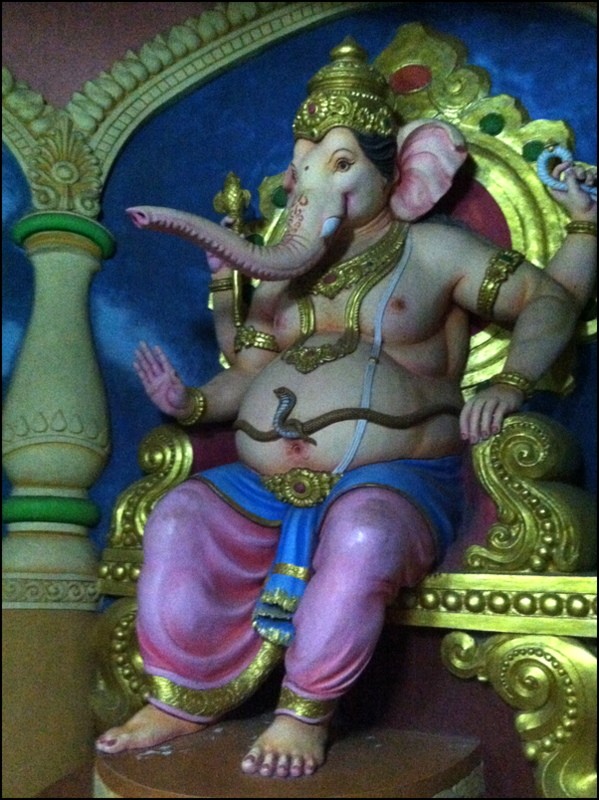 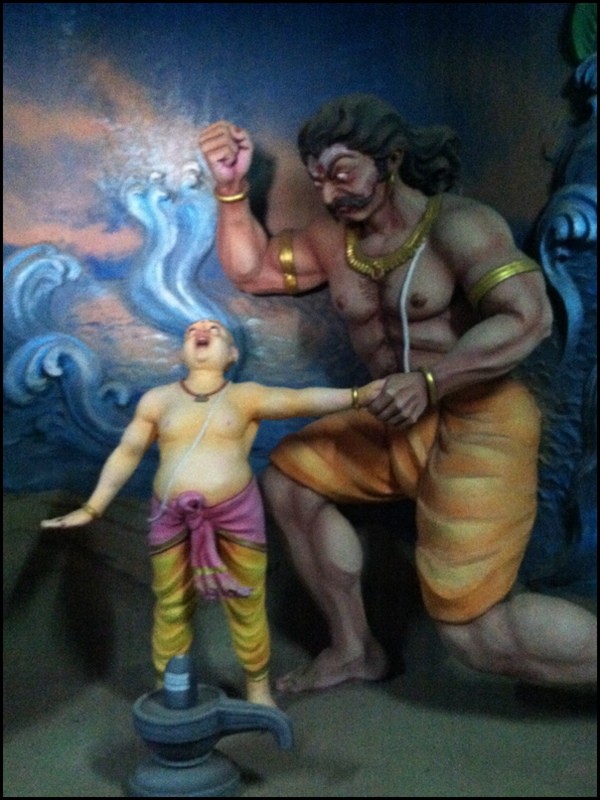 The temple is built on Kanduka Hill and is protected by two lif-size concrete elephants. It has a 20 story Gopura that you can take an elevator up to see a incredible view of the Lord Shiva statue. You can also see views of the beach; the sea surrounds the temple on three sides. It’s a gorgeous beach but not the type for sunbathing. Keep in mind you should be very respectful here and cover up. I had been on a twenty-hour car journey wearing gym clothes so I wrapped Ben’s lungi around my waist. 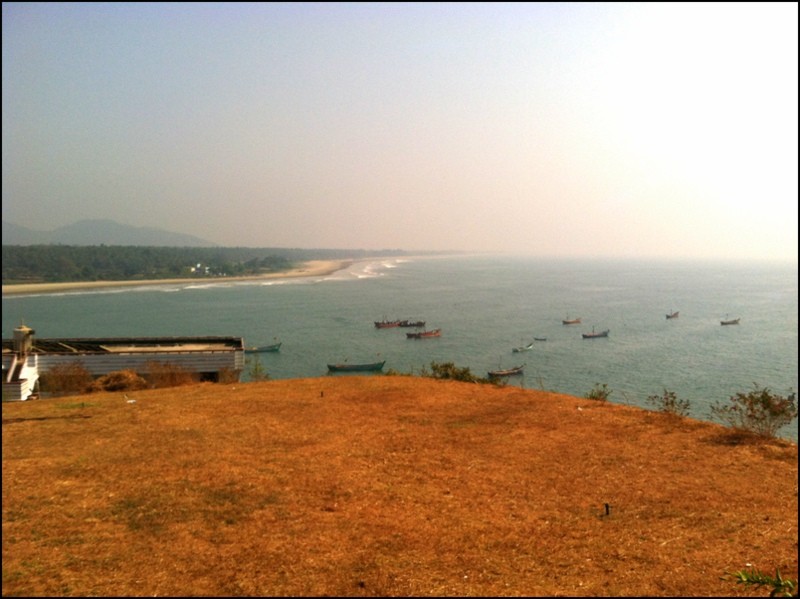 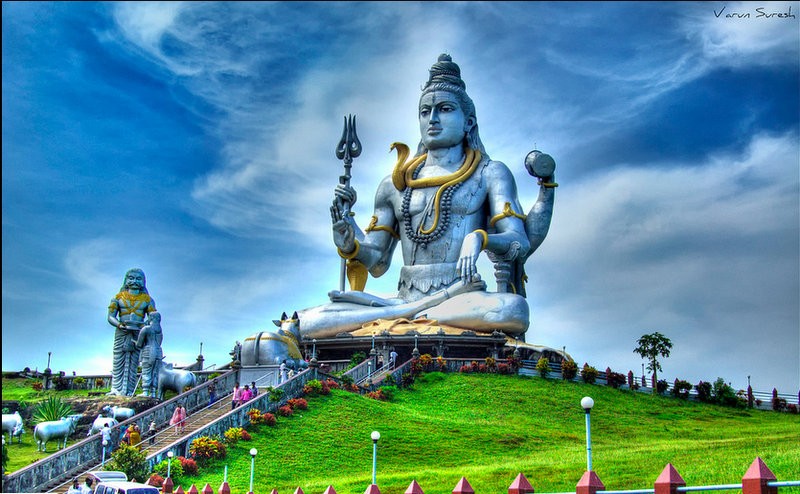