It took me a long time to watch Gilmore Girls. Though the show originally aired from 2000-2007, I didn’t catch a single episode ‘til 2018, when I began streaming it on Netflix. I was quickly hooked. The quirky Lorelai and her intelligent daughter Rory are a great duo, and their relationship and storylines are a delight to follow. And it’s not just the characters that pull you in, but the town in which they live, Stars Hollow, Connecticut.

Anyone who’s fallen in love with the sweet, poignant drama Gilmore Girls wishes they could visit this fictional New England small town. All at once charming, quaint, and idyllic, Stars Hollow is a place that doesn’t seem to be real….and so it may come as no surprise that not only does the town not exist, the show was shot on a film set. That adorable town you see, home to Luke’s, Miss Patty’s, and Doose’s Market, is sadly, not a real-life place.

According to various sources, the shows’ founder was inspired by an inn she visited frequently in Connecticut. When the set for the show was built, it was designed based on Unionville, Ontario, where the pilot was actually filmed.

Alas, you can’t visit the true Stars Hollow. But you can head to New England and visit a whole host of places that bring that darling small-town vibe to life. Here are 6 New England towns that feel like a real life Stars Hollow. 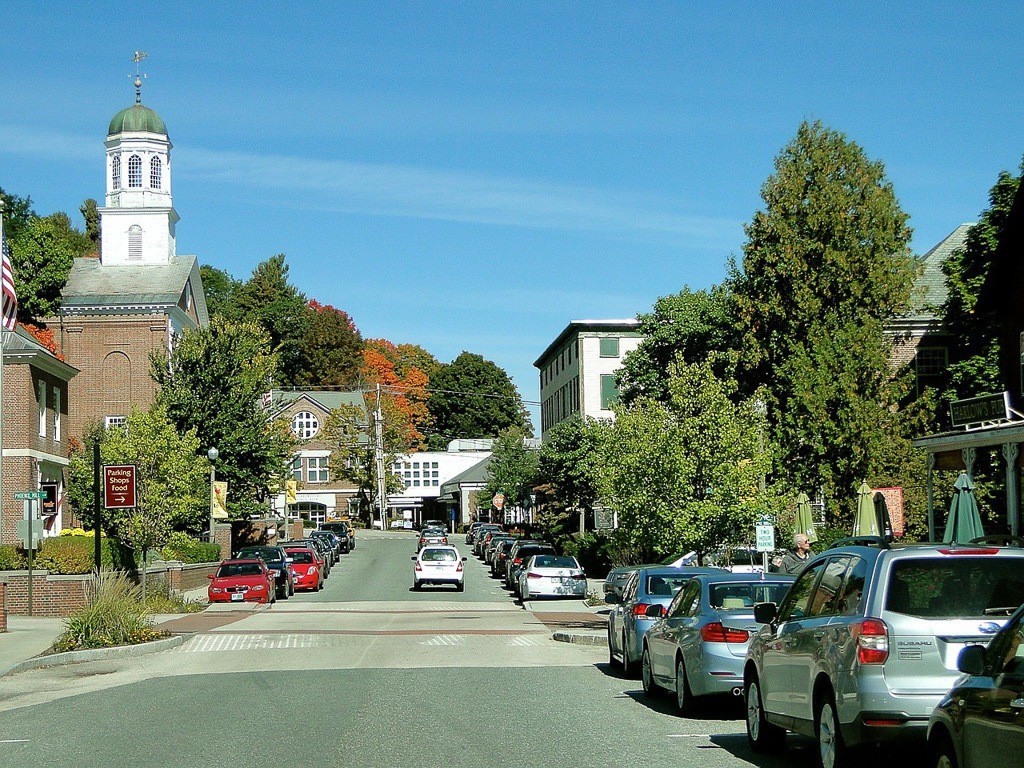 New England is bursting with cute little towns and iconic Main Streets. Peterborough, New Hampshire is one such destination. The main area of the town is super-quaint, and you can easily walk to clothing boutiques, a bookstore, coffee shops, and even an old-fashioned diner (though it’s not quite Luke’s). A town of a little more then 6,000 people, this is a place which captures the small-town buzz of Stars Hollow. There’s a lively sense of community here, and plenty of art and culture. There’s some nice antique shops in town, including one just outside the main part of the town that has a strong resemblance to Mrs. Kim’s!

After you visit Peterborough, there’s a lot to do nearby, such as hiking Mt. Monadnock, feeding goats at the Friendly Farm in Dublin, or grabbing amazing ice cream at Kimball Farms.

Although known mostly for its luxury outlet shopping, Manchester, Vermont has all the trappings of a traditional New England village. Along the short Main Street, you’ll find an old country store, and at the end of the block—and up some slightly hidden stairs—you’ll a delicious cafe called Up For Breakfast. This petite restaurant serves amazing coffee and pancakes in a laid back atmosphere. You might just feel like you’re in Luke’s Diner!

Manchester’s riverside park, complete with gazebo, hints at a Stars Hollow feel. Other highlights? Head down Route 7 for mouth-watering apple cider donuts at Equinox Valley Nursery, and be sure to stop by the world famous Northshire Bookstore, too—a place Rory would have loved.

You can’t do a Gilmore Girls tour of New England without going to where it all began. Show creator Amy Sherman Palladino has said that she based Stars Hollow loosely on Washington, CT, and its elegant Mayflower Grace Inn, where she vacationed in 1999. This is probably the mecca for Gilmore Girls fans. The town even hosted a recent Gilmore Girls Fan Fest in honor of the show’s 2016 Netflix reboot.

You can’t help but feel you’re as close as you can get to Stars Hollow here. 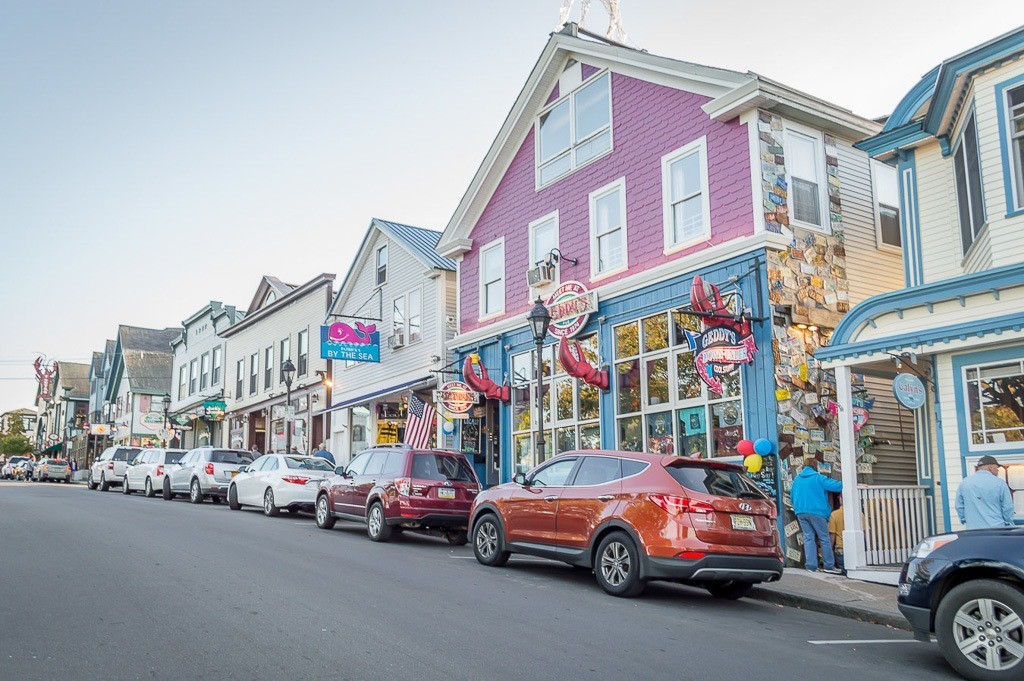 Though Lorelai and Rory don’t spend much time on the ocean, there are a couple of New England towns along the coast that will remind you of Stars Hollow. One of these is Bar Harbor, located far up north on Mt. Desert Island. Right next to the stunning Acadia National Park, Bar Harbor is an endearing little town that looks kind of like a film set itself! The Main Street is lit up at night, with dozens of tourists out exploring. You’ll find old-fashioned ice cream shops, art galleries, and of course, plenty of options for dining on lobster. A lot of the pretty bed and breakfasts and inns here are also likely to make you think of the Independence Inn or the Dragonfly. 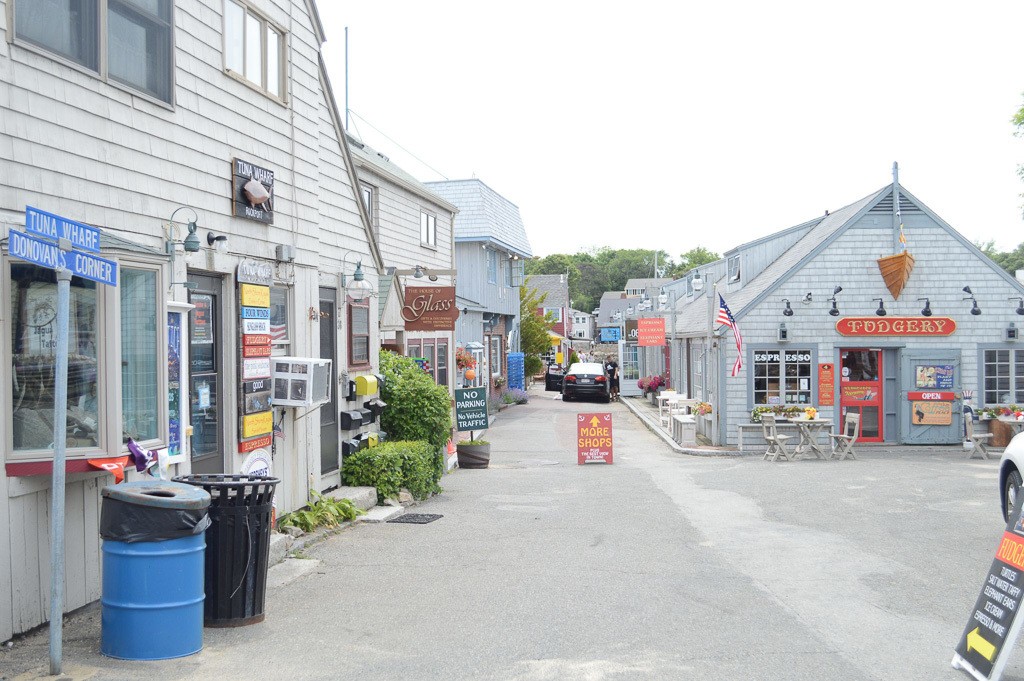 It really seems like New England is filled to the brim with picturesque villages. Another place to capture the charm of Stars Hollow is in Rockport, MA. This seaside haven is on the North Shore about an hour from Boston. But it feels like a different world. You can’t help but be happy as you walk past the brightly colored shops on Bearskin Neck, enjoying an incredibly fresh lobster roll. There’s a special vibe in Rockport, one that echoes the perpetual happiness of Stars Hollow. And with a lot of cool locals, you’re likely to find a Rockport version of Jackson, Taylor, or Kirk! 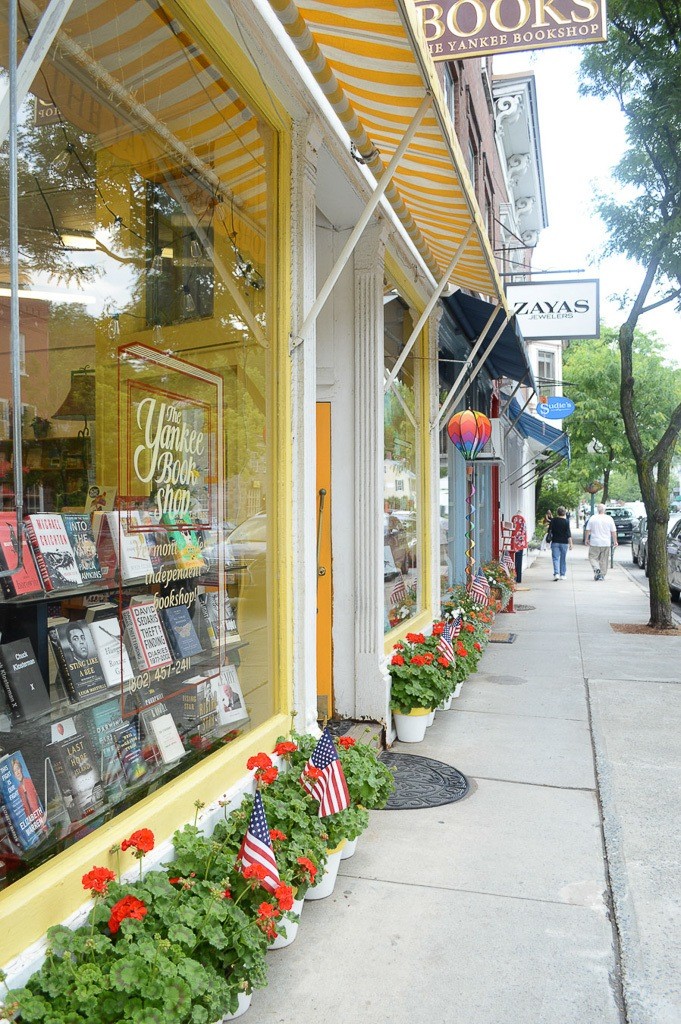 Finally, you are sure to find the enchantment of Stars Hollow in the classic New England village of Woodstock, Vermont. This town comes alive in every season of the year, but may perhaps be most resplendent at Christmas time. Christmases in Stars Hollow always looked impeccably peaceful and lovely, and Woodstock captures that perfectly. The idyllic downtown boasts one of VT’s oldest general stores, a cozy bookshop, and an endless array of whimsical boutiques. Head to this epic destination for covered bridges and maple syrup, and to live a real-life Stars Hollow dream.

This is a guest post! The Two Drifters couples travel & lifestyle blog– where love meets adventure. We’re Amy & Nathan, two travelers in love with the world. We want to help you have better relationships and more adventures, and aim to be the #1 resource in couples & romantic travel. You can check out more from their blog here. 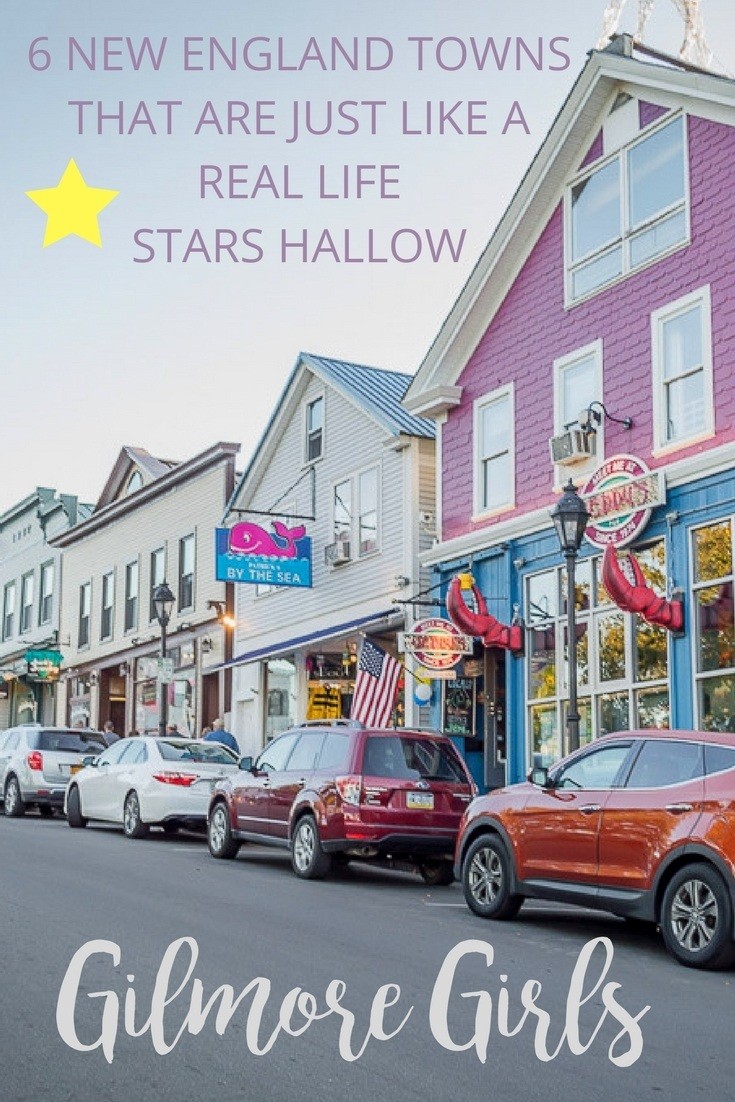