I went to a cheese farm! I was pretty excited since in Goa, the only cheese I find which is edible is imported from Europe and costs about 12 bucks for a small square.

In a place that reveres cows, I was curious to see what a cheese and milk farm would look like here in India. And let’s be honest in a place sadly known internationally for dirty water and littering, I was a little curious to see this self named “organic” place.

This is one of my 8 favorite day trips from Mysore.

Location: Oxygen Acres. It took about 30 minutes to get here from Mysore.

Turns out, it was so organic I actually couldn’t even understand most of what was being discussed. The hot water you’ll shower in is solar powered, and the gas they use to cook is trapped in some bottle – I mean, actually let’s not even pretend I could explain. Just trust me, it’s legit. 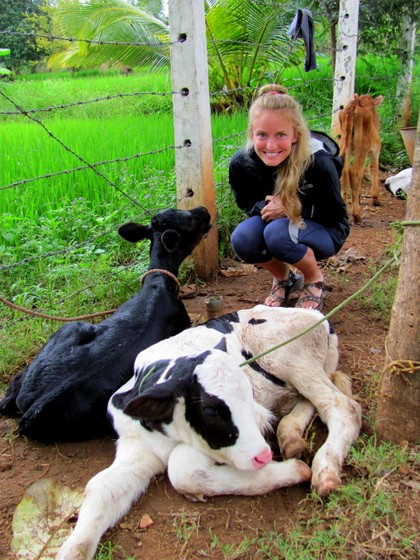 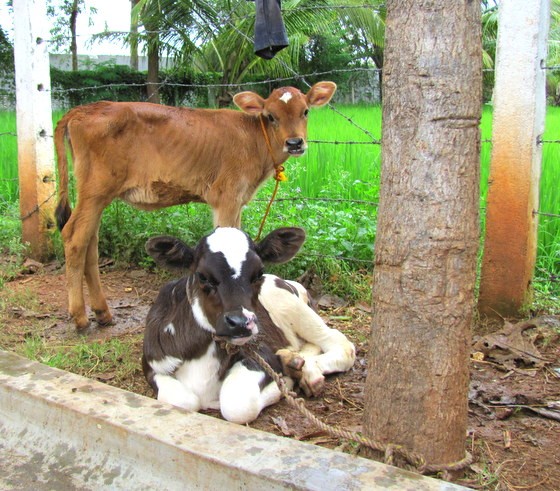 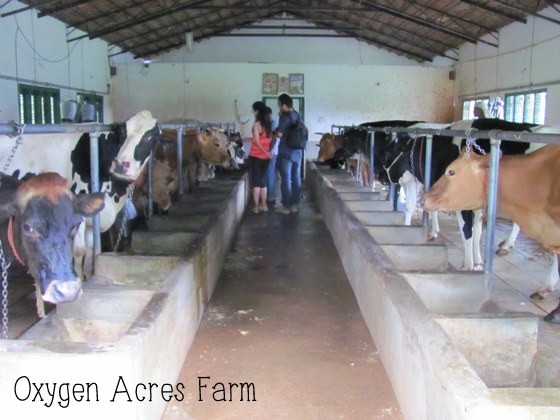 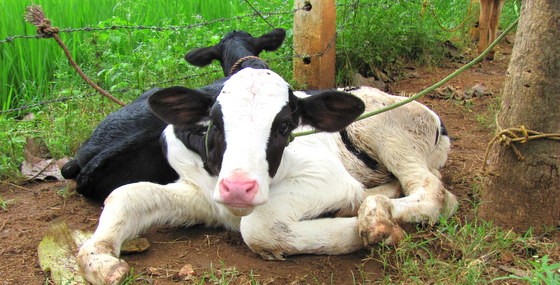 Their organically fed cows were such a refreshing site. They were half Indian, half dutch mammoths (pure Dutch can’t handle this heat!). They had only 50 cows because that’s all the farm can sustain for now and they want to keep the cows 100% organic. We watched them in a milking session- if you want some milk just FYI there are 300 people on the waiting list.

As for cheese, they make it all there: gouda, mozerella, feta, cheddar, and four kinds of paneer. 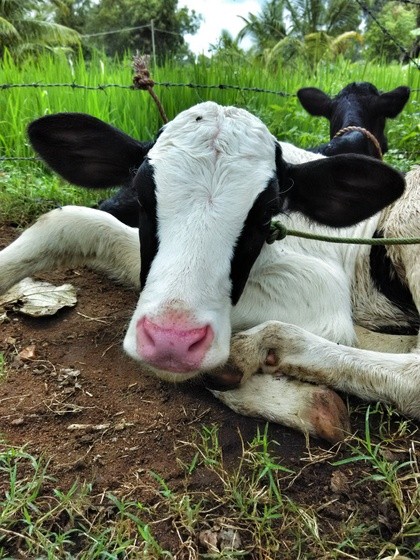 Dinner & Sleeping at the Farm

The dinner was part of goMowgli, so I’m not sure if you’ll be so lucky if you go solo, but we had a killer meal from the Tandoor (what DID they put on that cauliflower!?); it was so good. The meal is 600 rs and is served buffet style. We stayed up late for a bonfire. I did think the meal was a little pricey for a backpacker budget, but I suppose an all you can eat splurge might be okay now and again. 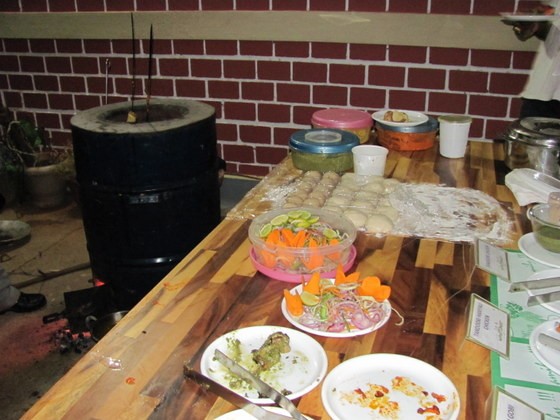 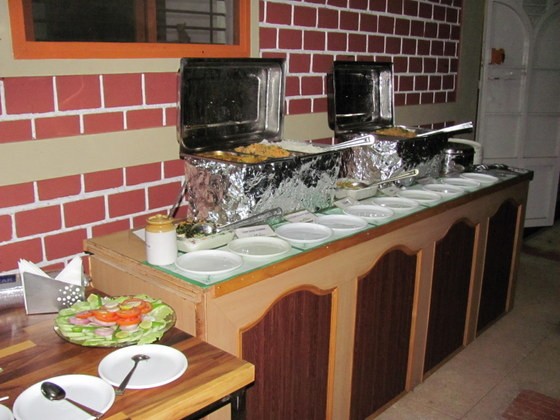 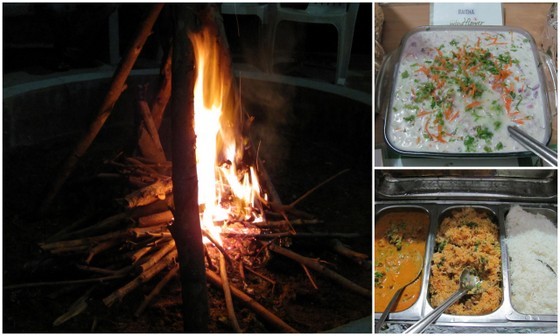 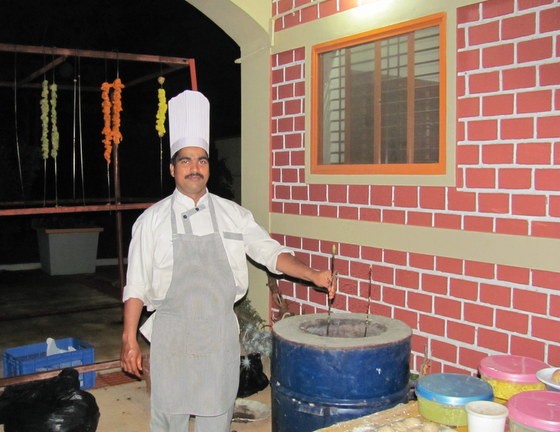 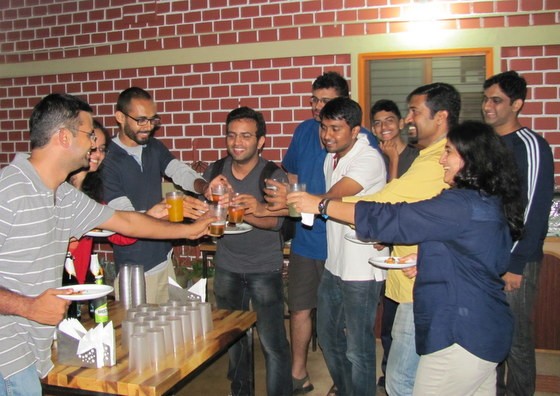 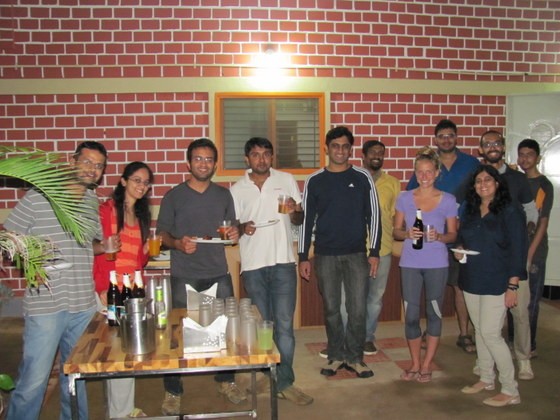 There are dorm rooms for 500 rs or private ones for 1000 rs. The private room had hot water in a nice rain shower, and a big comfy bed. There weren’t quite enough blankets here so bring one along with you or some warm clothes if you come at winter. 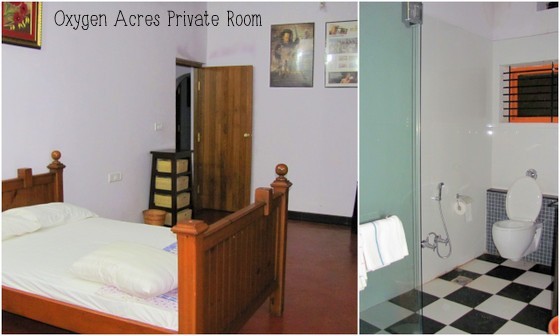 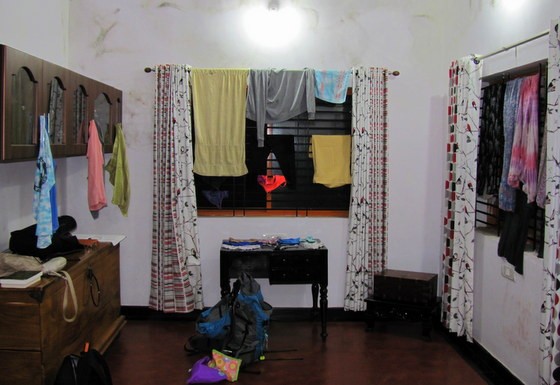 All the laundry I had done in Mysore, which was not yet dry

Tip: if you’re with goMowgli you’ll get a cheese tasting tour for 150 rs. This is one of the many day trips from Mysore I recommend and took with goMowgli!