As we headed further North with Holiday Scout from Bomdila further into Arunachal Pradesh it got even more beautiful. There are about 10 main tourist places in Arunachal Pradesh to visit and Dirang is one of the smaller ones. I’m glad we stopped though and want to share the things to do in Dirang that we found during our two days there. 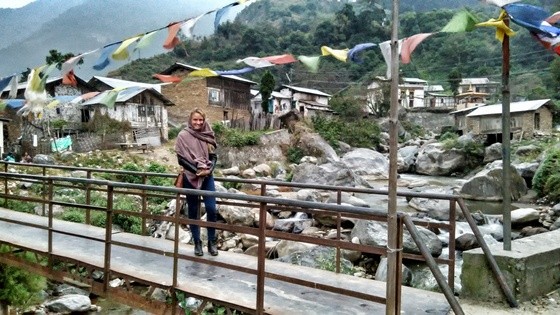 We basically spent one day there on our way North, then again one day on our way back down South. It’s a good stopover and there are a couple decent hotels in Dirang and a handful of attractions or places to visit in Dirang and Dirang valley. You’re also only 15 km from Sangti Valley which is totally worth a visit and this is a good place to come back to for rest since there is no accommodation in Sangti. 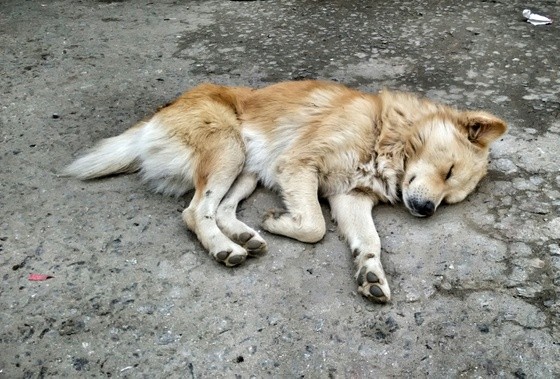 Dirang was two hours North of Bomdila by road (which is the only way to get there). We went to our hotel first for lunch. We stayed at Pemaling Hotel Dirang which is the #1 hotel in Dirang…. out of one. Their brochure says it’s the oldest hotel in town built in 1999, but if it’s the only one, maybe that means it’s the newest too, ha ha. There is also B&B called Hotel Samdup Khang. I didn’t check it out myself, but at least there is a backup is Pemaling is full. 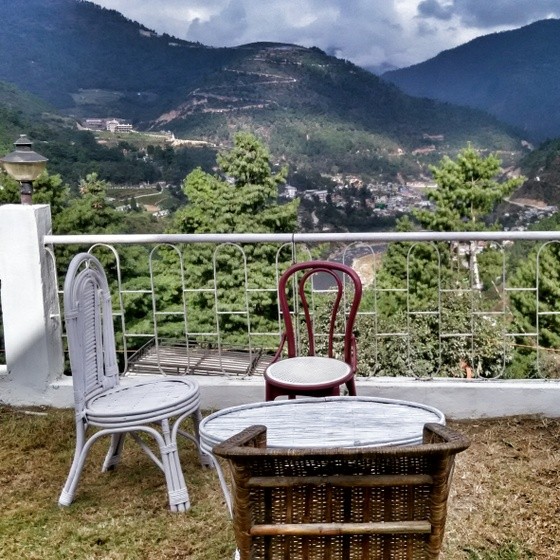 Ask for a room with a view! Surprisingly, this hotel didn’t have local Tibetan food but had “Intercontinental/Indian” style. We went for the Chinese. The food was decent overall, but to be honest it was the only option! Obviously there aren’t a lot of Dirang hotels to choose from but either way, I recommend the Pemaling. We didn’t have any problems. 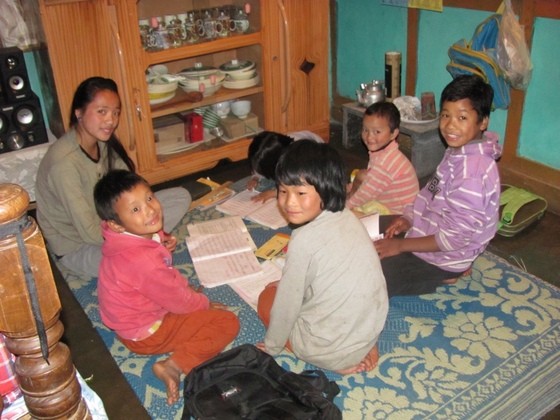 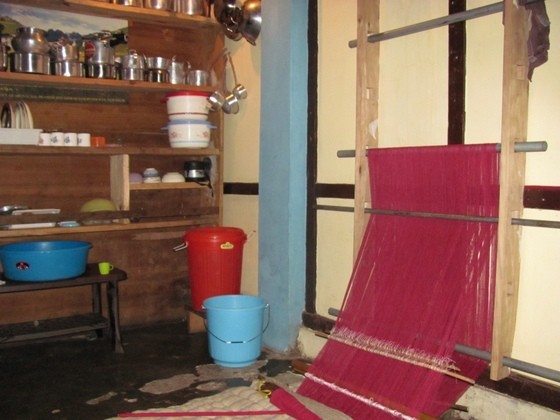 The photos above are from one woman’s house who invited us in. She recognized Sange and asked if we would like some tea. I had been having too much tea so would just get hot water. We didn’t speak English so we kind of sat in silence drinking. You can see her loom where she is making traditional bags and shirts to sell.

Her kids were in the back studying with the older one teaching the younger ones. These smaller moments were some of the best and wouldn’t have been possible if we were walking through the village on our own. It’s good when in Tribal areas to have a guide who knows people.

We wandering Dirang and went to a place called Dirang Dzong which is a tribal area with a 9th century prison. There are a couple of houses around it and the Grandmother of Sange, our guide, used to live in one of them! Some are 500 or 600 years old. Just a few feet from the prison was a Monastery. The prison seems large for such a SMALL town but apparently people were sent from other towns to Dirang. Sometimes this area is referred to as Dirang Fort. 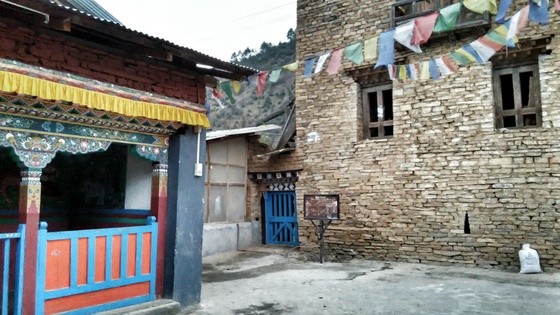 On the left is the monastery, the right is the prison 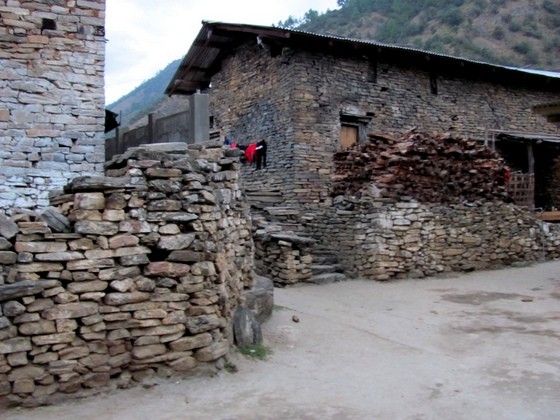 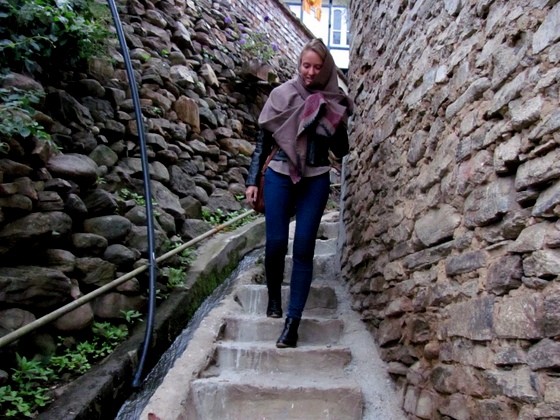 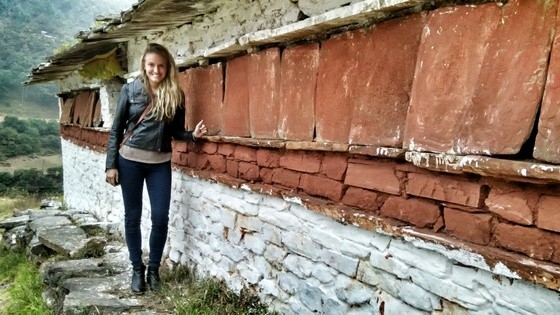 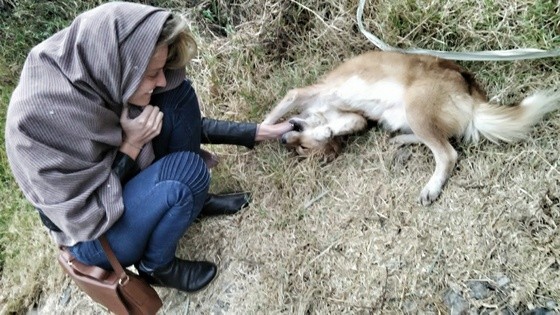 We went inside one of the homes to see what it was like. There were SO many pots and pans hanging on the walls of the kitchen. Apparently, it’s really a sign of wealth (wealth may be the wrong term, but it’s like they are proud of them and want to show them off, like look how many I have!). The woman made sure we took a photo of hers. 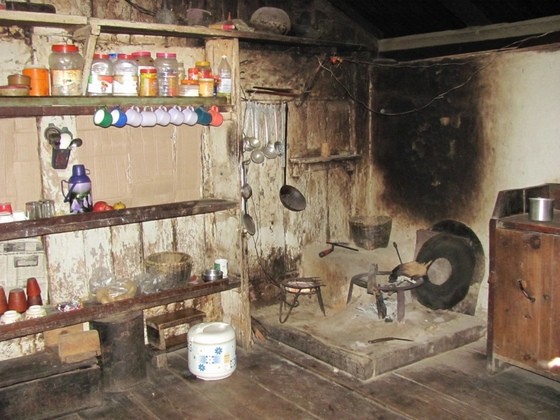 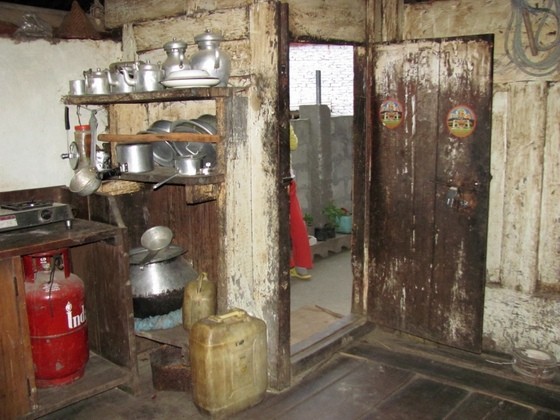 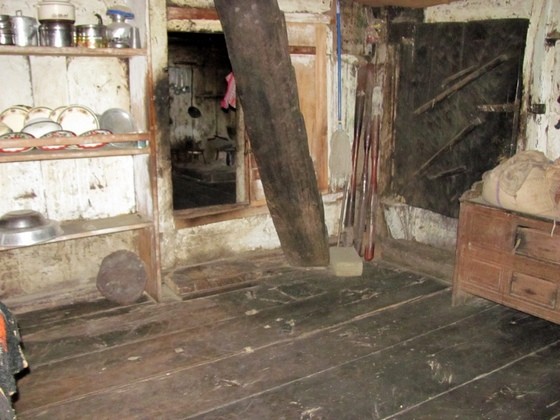 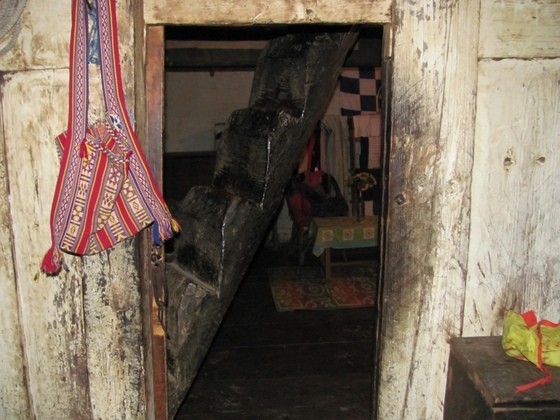 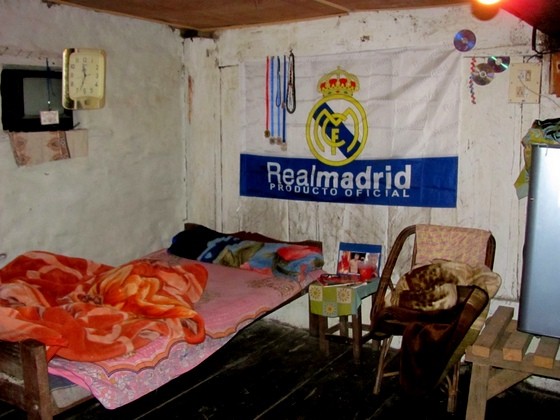 This is the oldest monastery in Arunachal Pradesh, over 500 years old. It’s in a smaller village in Dirang called Kalachakra, hence the name. Not that many people come here anymore, except local Buddhists. 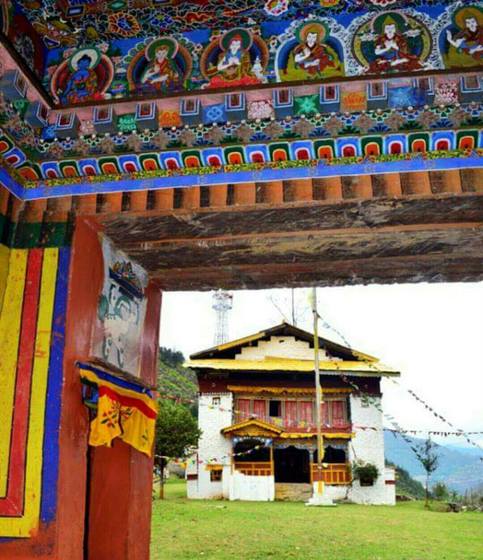 This is going to be the newest monastery in the area once it’s built. The man in the photo is a good friend of the Dalai Lama’s (current one, 14th). They went to school together since they were kids. As a trusted friend, he has been the one to open many new monasteries. He’s a well-known and respected monk. I told him I liked his hat and he said, “take it! I want you to have it”. I told him I couldn’t possibly take it and that he should keep it. The next thing I know he’s gone and found two more hats and given them to Anna and I. He said “oh and it matches your clothes”. Love it!! 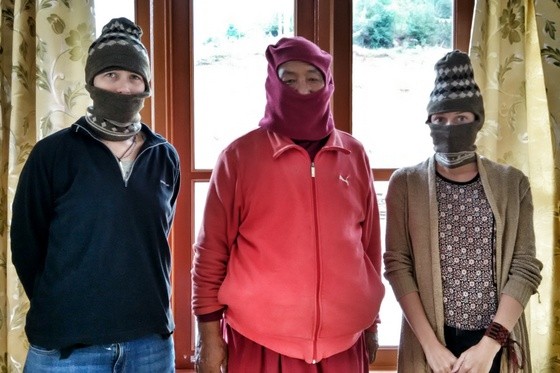 This is going to be a learning center where even foreigners can come to learn. They want the locals to learn to pray as well so that it’s not always the monks doing the praying. People will learn Tibetan and keep their culture alive. They were working on the building while we were there: building, painting, and decorating. 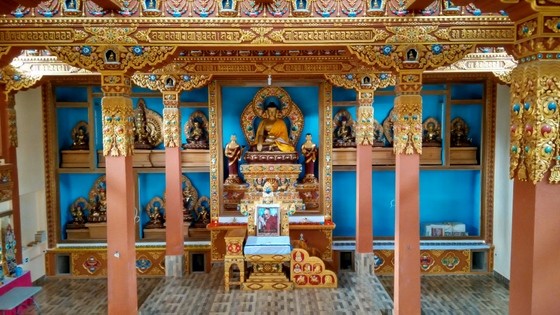 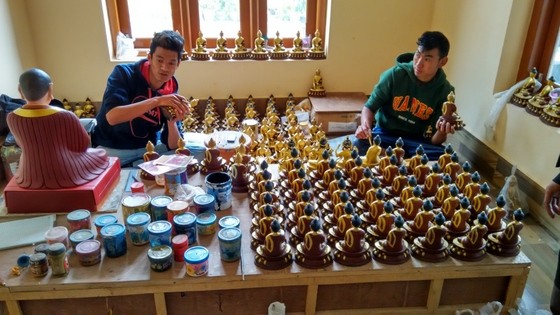 Sangti Valley is the best on this list but is just a little bit outside of Dirang. About 30 minutes in the car with their bumpy roads. I took so many photos here and loved walking around seeing all the local people in this stunning area. There was a sheep farm on top of the hill looking into the valley. It was a gorgeous view! I’ll be posting about Sangti Valley next. 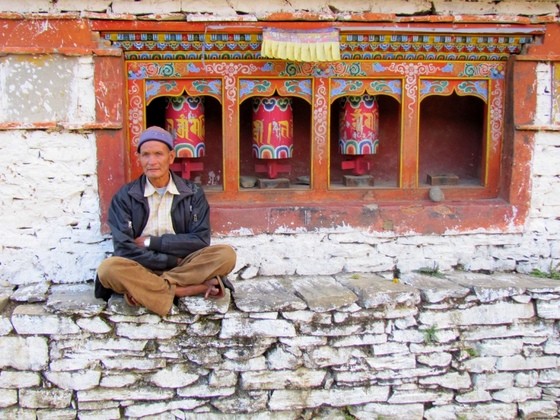 Overall, Dirang isn’t one of the top tourist places of India that a typical backpacker would have on their list. Dirang tourism doesn’t really exist yet. I hope you saw that there are attractions in Dirang worth seeing and that it’s really not the destination it’s the experience. If you’re coming all this way North, do make a stop!