From Backpacking in Central Asia to Putting Down Roots in Norway: An Interview with Silvia of Heart My Backpack

Home » Interviews » From Backpacking in Central Asia to Putting Down Roots in Norway: An Interview with Silvia of Heart My Backpack

Welcome to our very first interview with Silvia of Heart My Backpack! Each month we’re highlighting different female travelers who have really made the world their oyster. Rachel always had a fearless way of traveling, and we want to celebrate other women who share her same spirit.

When we began brainstorming female travelers to interview, one of the first ones we knew we had to reach out to was Silvia Lawrence. While she’s currently in her fourth year of travel blogging full time and calls a small, charming town of Mosjøen, Norway home, she’s spent her life visiting around 80 to 90 countries.

Silvia has been traveling so long, her first trip was probably as an infant when her Norwegian mother took her from the US to visit family back home. This was followed by many summer road trips to Europe with family throughout her childhood and teens.

“My parents love to travel and always prioritized it. It helped that they were teachers so had summers off, and they would pretty much spend all their money on trips abroad with us when I was growing up. So travel has really always been a part of my life and I can’t imagine living without it.”

Her first trip alone was as an exchange student in Germany during her senior year where she spent many weekends on the train to see different cities and remembered loving that sense of freedom, like she could just stay aboard and see the entire world. 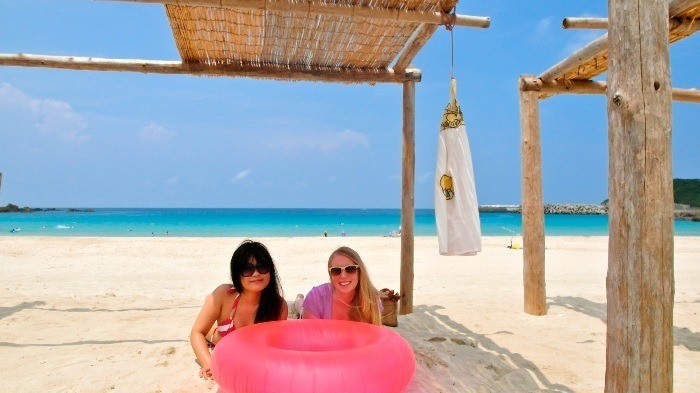 It was only natural that after finishing college, she’d jet off to another destination, this time to teach English in Japan on the tiny island of Tanegashima. While her family had lived outside of Kobe when she was a child, Tanegashima was brand new, and she spent two years experiencing the highs and lows of Japanese island life.

After realizing Japan would never quite feel like home (even today that relationship is best described as complicated), Silvia took all the money she’d managed to save and spent the next four years backpacking, hitchhiking, and Couchsurfing around Asia and the Middle East while basing herself in Chiang Mai, Thailand and freelancing.

Her first trip was four months around Central Asia and China, inspired by a desire to see the Silk Road in the present day after reading about it so much growing up.

The Start of Heart My Backpack 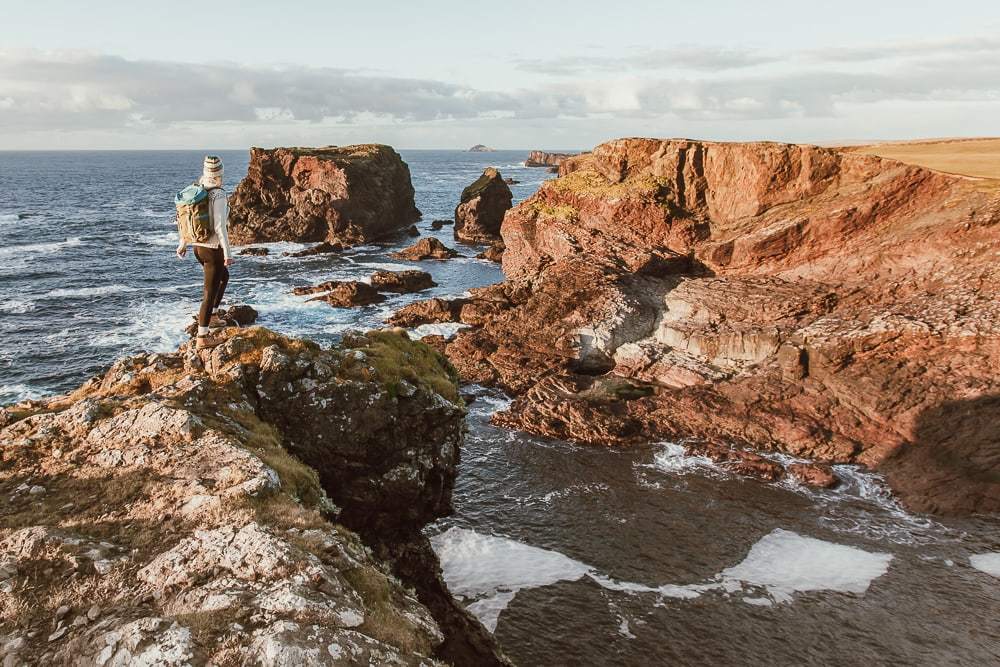 This was soon followed by a solo backpacking trip around Iran, Armenia, and Georgia. Right before this trip is when Heart My Backpack was born.

In the five years since she wrote that first post, her blog has become filled with more articles that vary between practical advice and emotionally vulnerable musings, a combination that has garnered her a dedicated following.

She’s since left Asia, traveling overland, to settle down in Norway. While she spent her first year working in a supermarket, she soon quit to blog full-time.

Now that she’s moved to Northern Norway, she travels internationally once a month while also exploring her new hometown.

When she thinks back to those weekend train trips as a student in Germany, she muses, “The difference now is that I actually do have that freedom I wanted then – I don’t have a host family to get home to, or school to go back to on Monday morning.

“Come to think of it, it was that first taste of freedom that led me to work for myself, first as a freelance writer and now as a blogger. I always resisted being tied down to a 9-5, and I’m incredibly grateful that I found a way to support myself on my own time.” 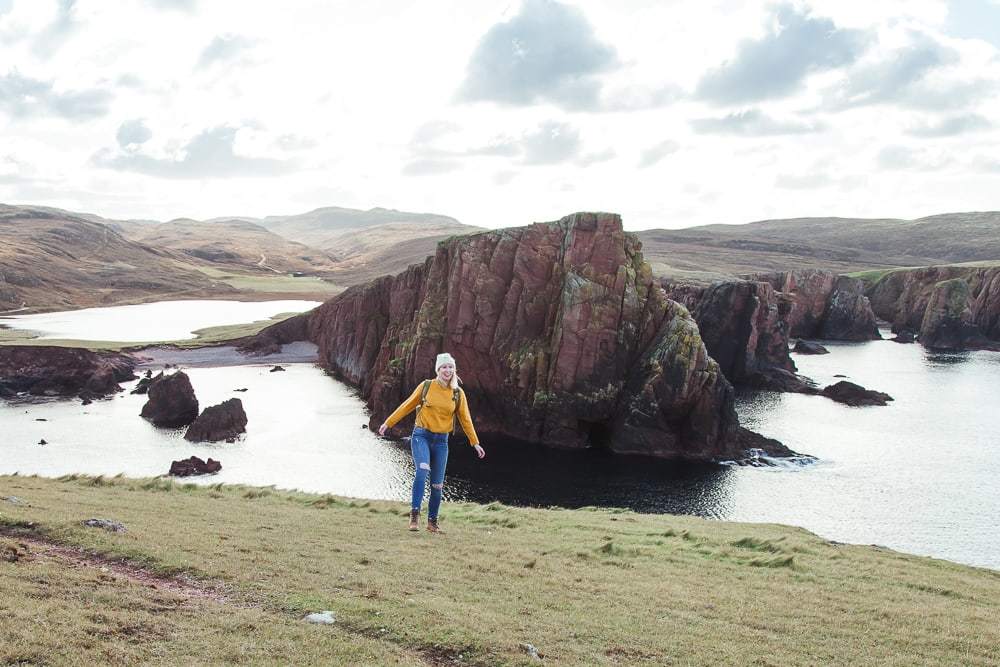 Of course, this independence doesn’t mean life is always happy nor is it easy. After deciding to move north to settle in Mosjøen and dealing with a former close friend bullying her self-confidence into the ground, Silvia’s boyfriend of five years broke up with her while she was on a trip back to Japan (further complicating her relationship with the country).

And, as many of you might already know, Silvia and Rachel were good friends who talked frequently online before meeting in Finland and then planning their epic two-week adventure around Panama.

Finding out about her passing while in the middle of a brand campaign in Salt Lake City was nothing short of devastating. Suddenly, settling in a brand new town far away from any of her close friends or family made living the dream feel more like a nightmare.

“Losing loved ones while far from home is really tough, and sometimes makes me second guess this life I’ve made for myself so far away from a lot of the people I care about. But I have to remind myself that even if we’re physically far apart, we’re still emotionally close.”

However, this same travel spirit that has taken her to nearly a hundred countries has been able to save her even in her darker days (literally and figuratively, Norway experiences some pretty dark winters!).

“I’ve learned to open up to new people who are near me, whether that’s confiding in my newer friends here in Norway or even talking with other travelers while on the road. It’s kind of crazy to think how many fellow travelers have helped me through difficult times, and I’ll probably never see them again. But that’s one of the things I love most about travel – somehow it’s often easier to connect with strangers on the road than my neighbors back home.” 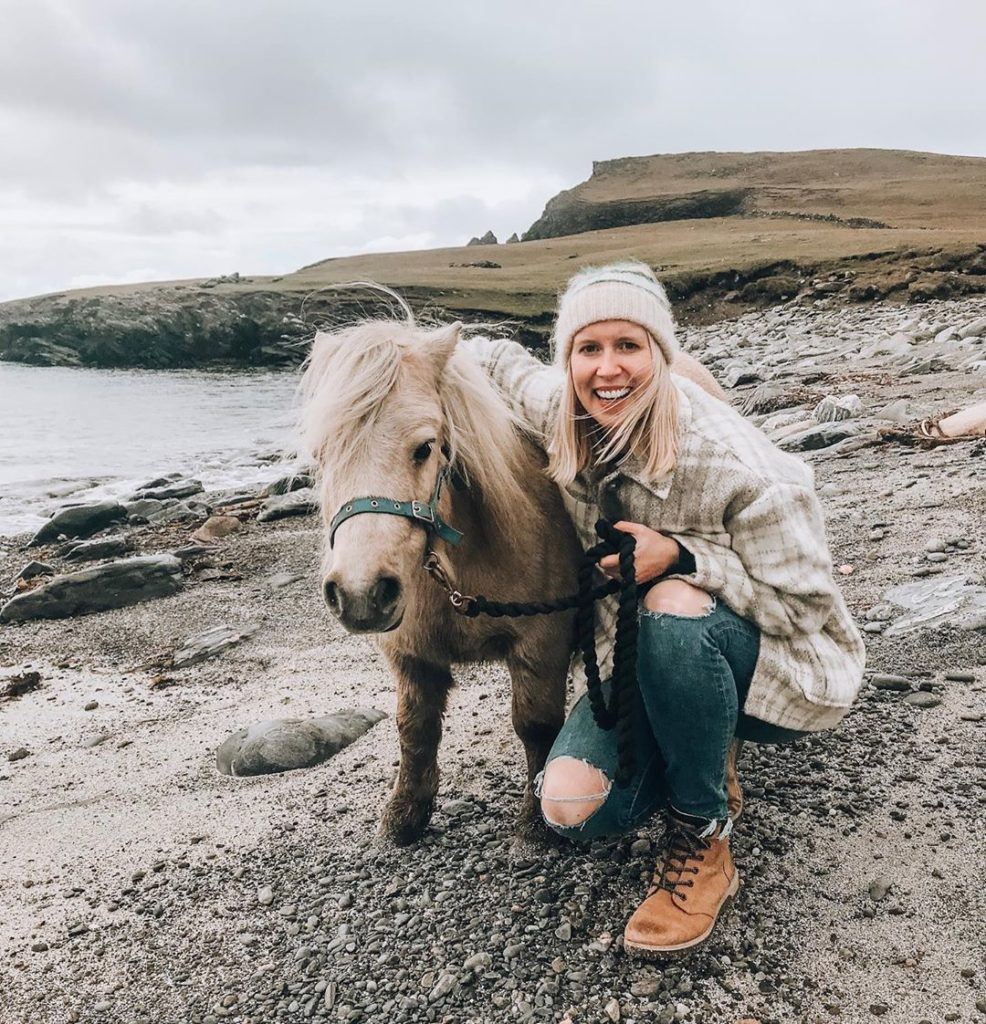 My family lived in Nepal for a while when I was five years old, and then I studied abroad there in college. I remember getting to Kathmandu and it really felt like I was returning home, everything was so familiar and comfortable – especially the smells!

On where she’d return in a heartbeat…

The Falkland Islands! I can’t get enough of penguins, plus it’s such a long journey there from Norway I’d be very happy to be able to get there in a heartbeat instead of 30+ hours.

On something from home she always craves…

Goldfish crackers! And Cheerios, because apparently I have the palate of a three-year-old.

On a travel product she swears by…

I always, always travel with an eye mask and ear plugs, even if it’s just a short bus or train journey. It sounds so simple but makes sleeping so much easier. Oh and I just tried my friend, Sam’s weighted eye mask and now I really want one!

I had a few wild hitchhiking experiences that now when I think back to them I wonder if I could ever let my kids travel on their own.

Like once two of my friends and I hitchhiked in a truck from Khorog to Dushanbe in Tajikistan. The road took us along the border to Afghanistan, which felt kind of surreal, and somehow we hadn’t quite realized how long of a drive it was when we first got in that truck. It took us 25 hours to get there!

This included an initial stop for beers (exactly what you need at the start of a long journey with no public restrooms in sight), dinner (even though we had already eaten), another stop for snacks (a burlap sack of delicious pears and a plastic bag full of steaming mutton intestines), and then a mysterious stop where our driver and his friend disappeared into a house for a while.

They then reemerged, running at full speed, hopped in the truck, and we watched out the window as what seemed to be the entire village ran after us.

Sometimes I think back to that scene and hope that we weren’t somehow accomplices in a terrible crime.

On her favorite memories abroad…

The trip I find myself thinking back to the most these days is the two weeks Rachel and I spent in Panama together.

We had talked for years about planning a trip somewhere together, and now I’m so incredibly grateful that we were able to make that happen. My favorite part was the three days we spent on a catamaran sailing through San Blas. San Blas is so incredibly beautiful and it was the perfect escape before a hectic two weeks traveling through Panama together. 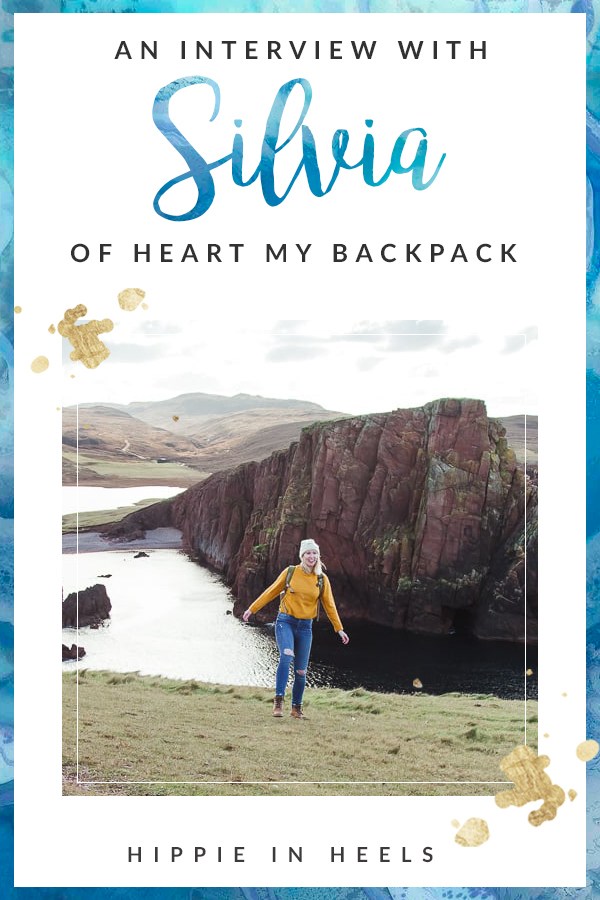