There’s a pretty good chance you’ve seen images of this castle at some time in your life. The famous Predjama Castle is the fairytale castle in Slovenia people fly all the way here to see – well, one of them. Slovenia actually has a few castles that you’d recognize! In this article, I’m also going to talk about the Postojna Caves which are just 15 minutes away and together, this cave and castle are the top two tourist attractions in Slovenia. 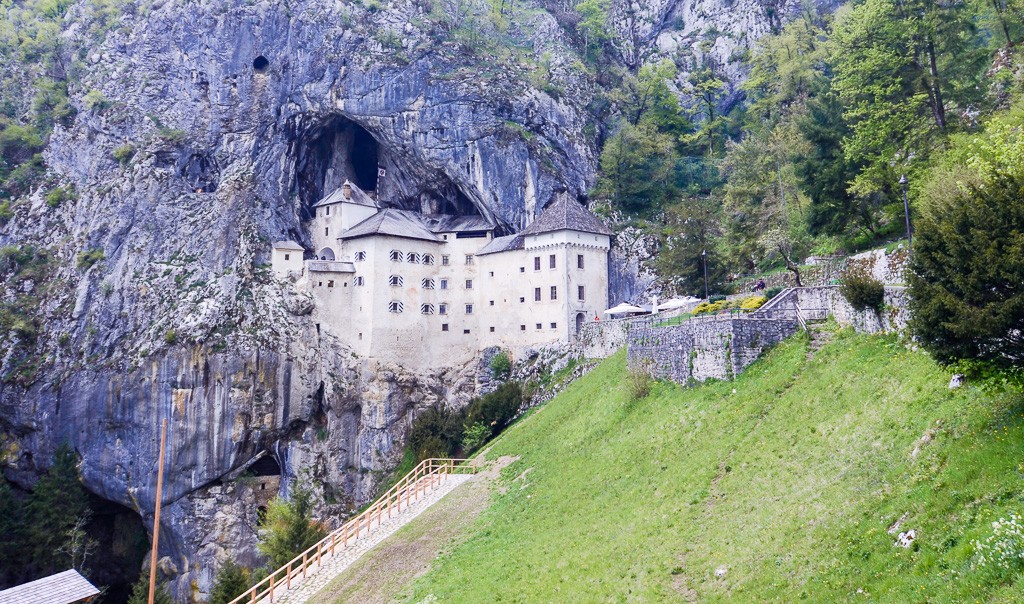 Predjama Castle is the largest cave castle in the world and is more than 800 years old. It’s built directly into the cliffside, and there are caves inside. These caves are the second biggest cave system in Slovenia (with Postojna Cave being the largest).

We actually went through here really fast, because to be honest I’ve been to a lot of castles so don’t always want to listen to every number on the headphone set about how their lives were back then.

But, I think if you do listen to everything, it would take a full hour to get through. 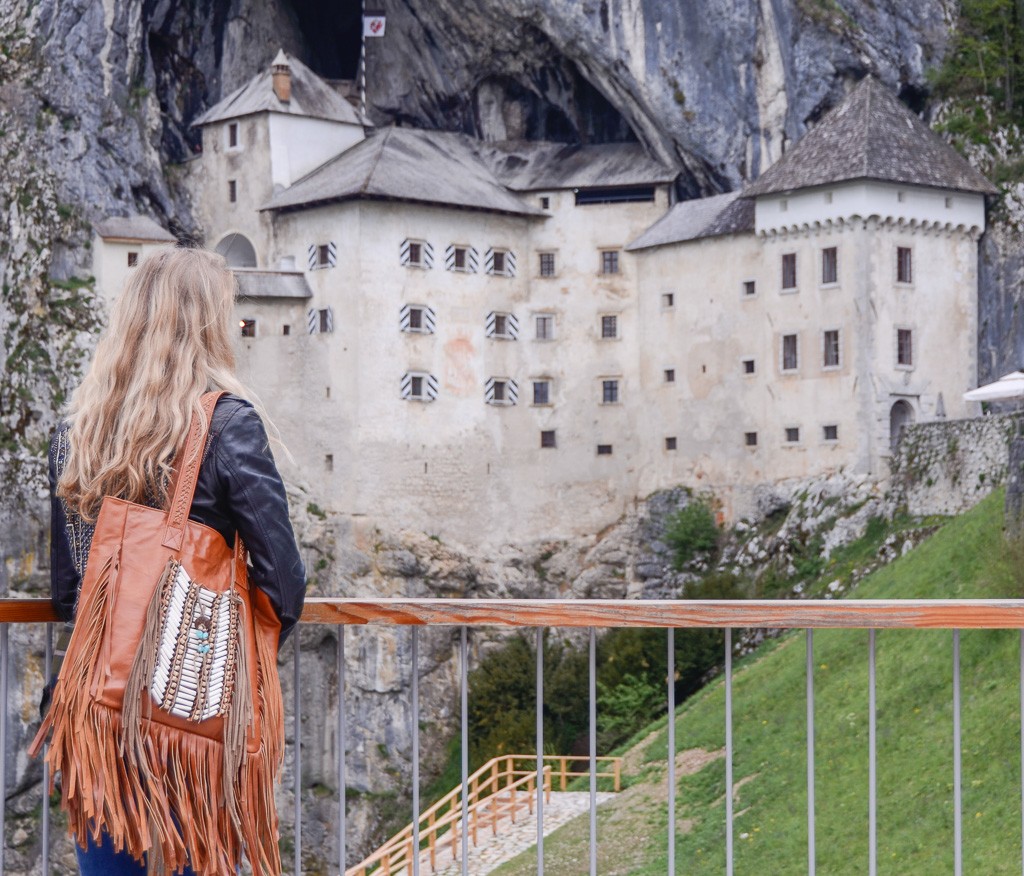 The castle has been in movies! It was in Armour of God with Jackie Chan, and he actually had a serious injury here; he does his own stunts.

The castle was run by Erazem of Predjama, who was kind of like Robin Hood. When it was under siege, they used the cave system to get food inside and get people out safely for over a year! Eventually, one of his own men betrayed him, and he was killed. 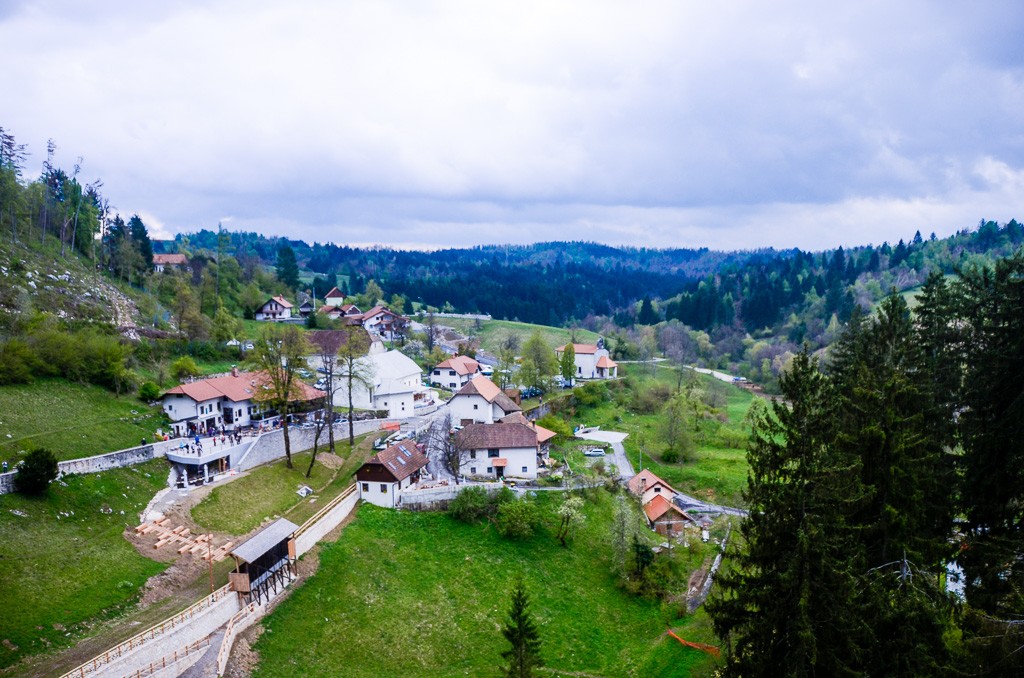 In May and September, you can go into the caves behind/under the castle. The castle itself has each room set up how it would have looked in Medieval times. The audioguide explains everything as you walk through. There is a small cafe outside and a really nice view from the top of the castle into the town below.

Get all other information and ticket prices on their website. 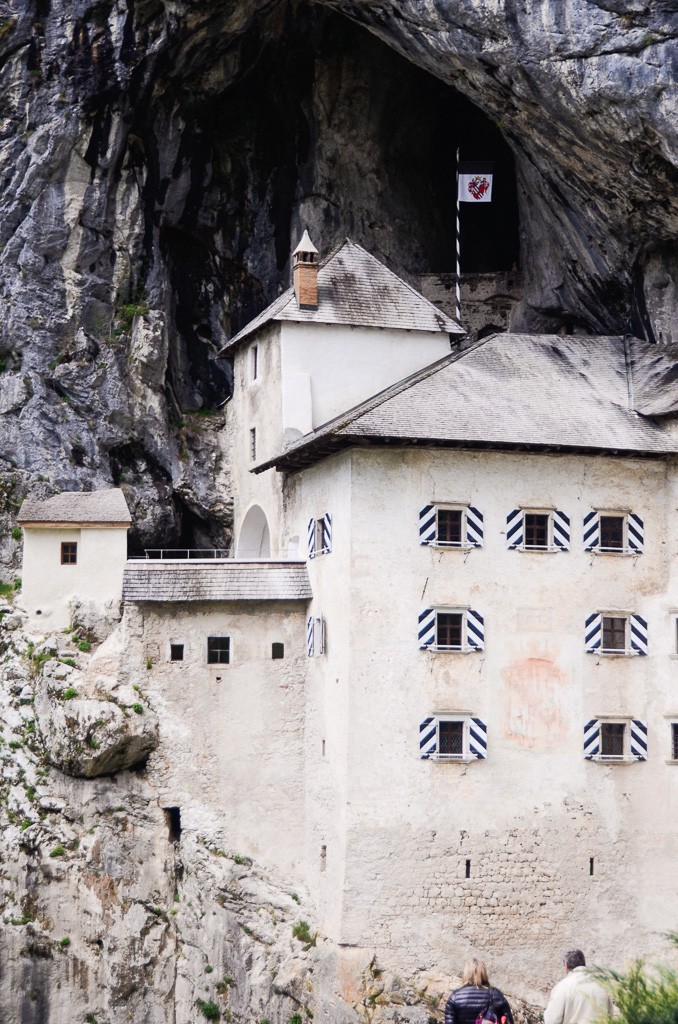 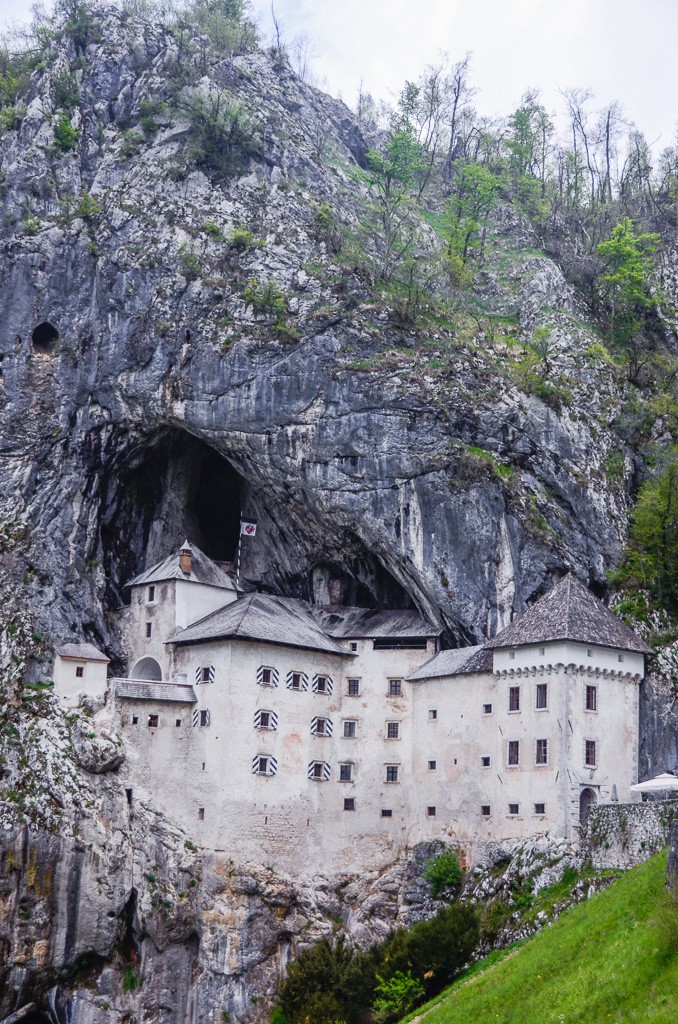 What to Expect at Postojna Caves, the famous caves of Slovenia 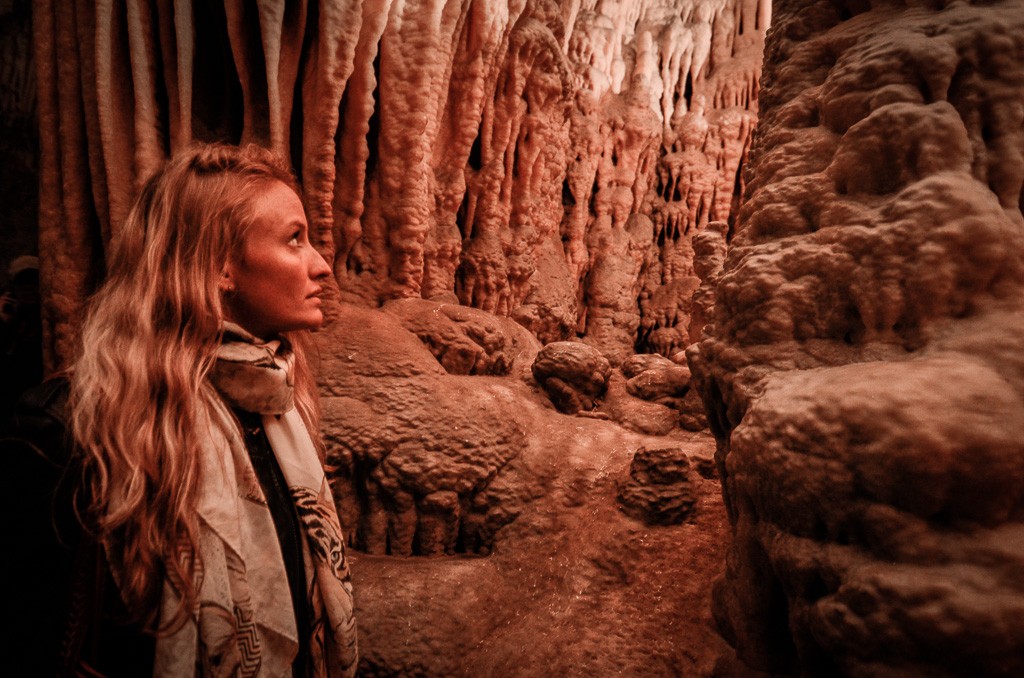 You can go between the castle and these caves with a free shuttle bus in July and August (the peak tourist season), or if you have a rental car it’s just 15 minutes away.

While I’m not crazy about caves, I do recommend visiting here while you are in Slovenia. Once you start researching you’ll see that the Predjama Castle and these Postojna Caves are the top tourist attractions, along with Lake Bled- and it’s for good reason.

These caves are the biggest cave system in Slovenia and go on for AGES. You actually have to take a train into them for like 10 minutes until you get out and walk. You will walk in a big group (kind of annoying since the walkways are small so you just have to stop every time someone takes a photo) and it takes about an hour to get through the caves to the other side. 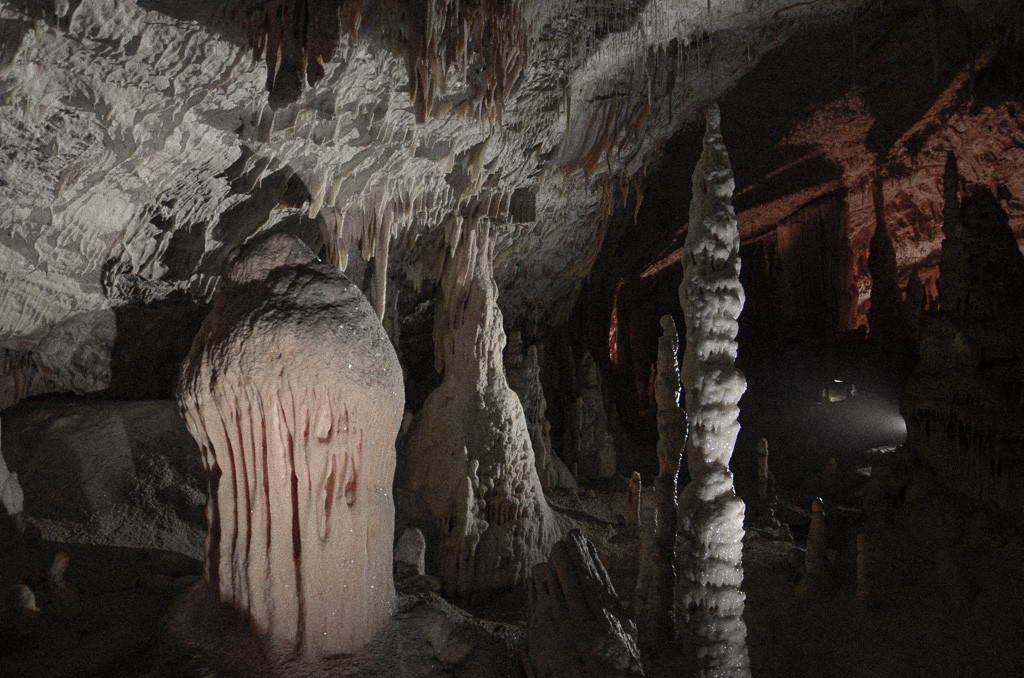 It is colder inside the caves, so bundle up! You can have an audioguide or an actual human guide but I didn’t take either, so I know basically nothing about these caves ha! Sometimes it’s fun to just explore something without learning all the small details about it. 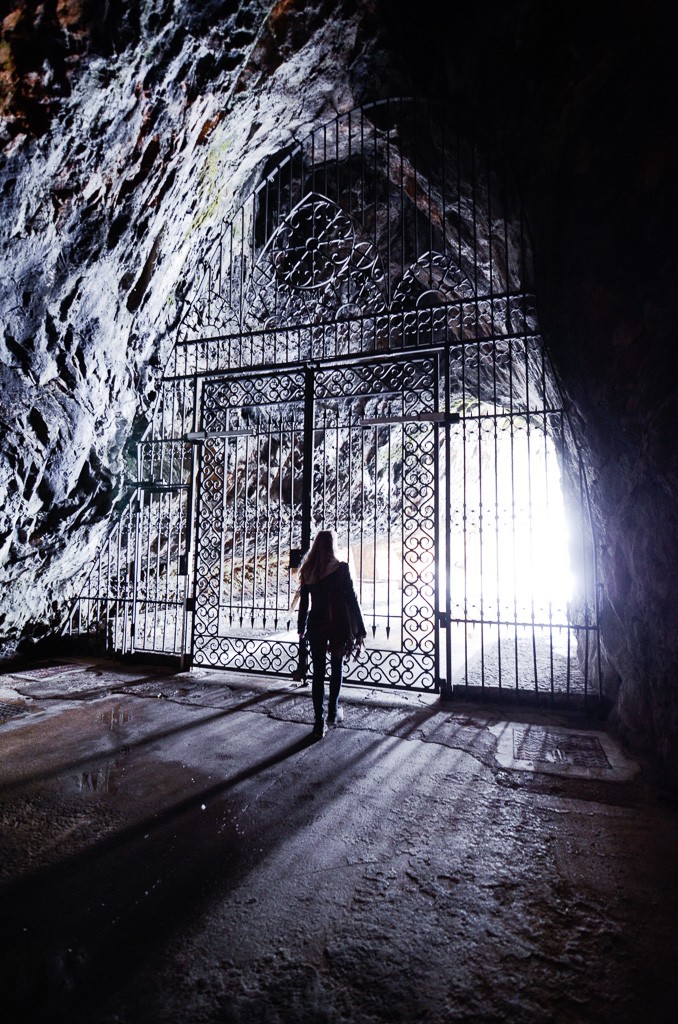 “Postojna Cave and its exciting interior will take you on a fantastic journey beneath the surface of the Earth. Thus, it is no wonder that it has, during the 200 years since it was opened to the public, hosted over 37 million visitors from all over the world.” –Postojna website

Tours are every single hour and they last for one hour to one hour and a half. The cave is open all year long. You do need to be able to walk on the slippery ground and be confident on your feet to go here. Water drips from the ceiling a bit. Tickets are 23.90 Euro. 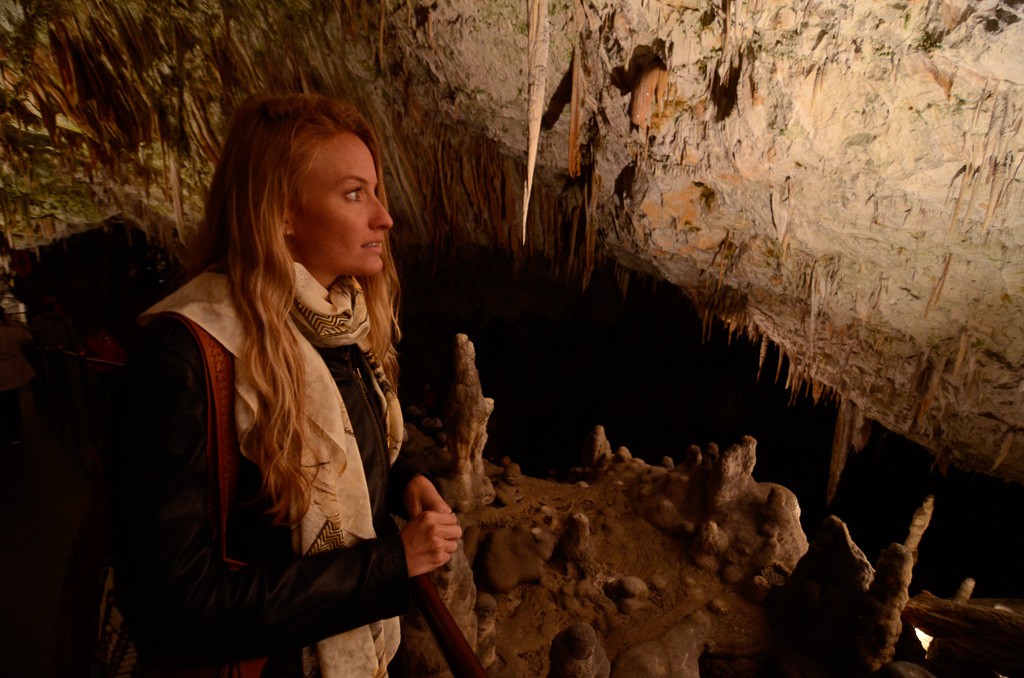 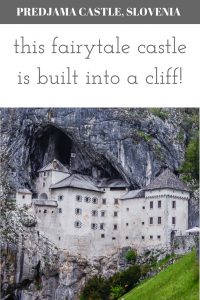