A couple of weeks ago, I attended TBEX in the Finger Lakes region of New York as a speaker on a panel about outsourcing. TBEX is a travel blogger conference where bloggers learn at breakaway sessions about various blogging topics and also a networking event as many tourism boards, hotels, and other companies show up to mingle and have meetings (which are mostly scheduled ahead of time). The last time I attended TBEX it was in Bangkok 2015 and I was a fairly new blogger – how things have changed! I love seeing fellow travel bloggers in person (some of which I have known online for years but never met), speaking to a group interested in starting to outsource with their business, and having fun with the conference pre and post tours. This year, I chose to do goat yoga! When I was in TBEX in Bangkok, I did a 4-hour champagne massage – I’m all about the “wellness” tours.

This year was great for networking and I met some brands/destinations that I hope to travel to in the future and write about on Hippie in Heels. As always I learned a lot from Sharon and Caz who are miles ahead of the rest of us in terms of email marketing (I mean, I do a monthly newsletter – doesn’t that count for something?! No, apparently not!)

Alex, Angie, and I spoke on a panel about how to start outsourcing. I have had a virtual assistant (who I finally got to meet at TBEX and who is in New Orleans with me!), Angie hired her sister as a partner, and Alex has used a management team. We talked about the nitty gritty: rates, ROI, what to hire out for, where to find them, and more. It was a lot of fun and I’m actually getting over my fear of speaking IF there are a couple of other people speaking with me. The panel was nice because it wasn’t just me putting up a slideshow and having to carry it for the whole 50 minutes. 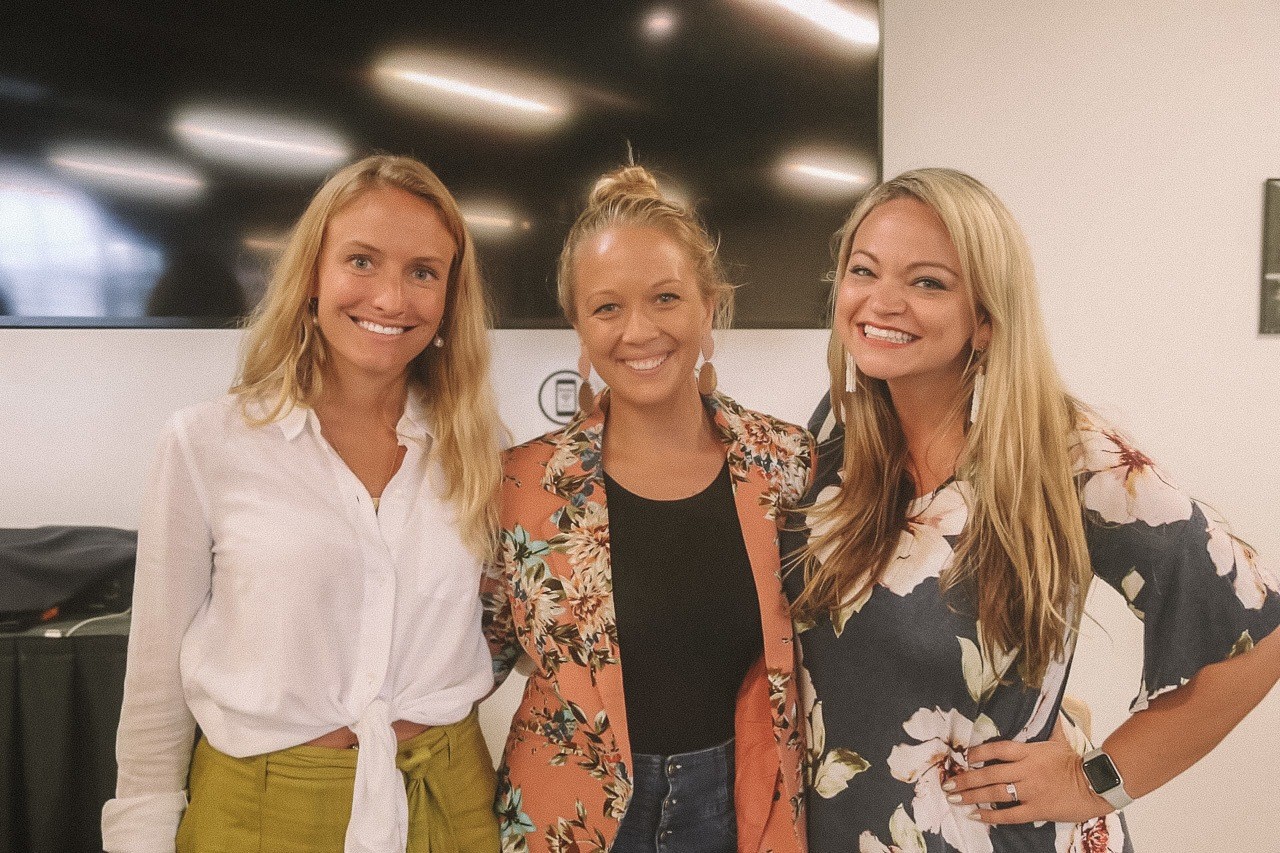 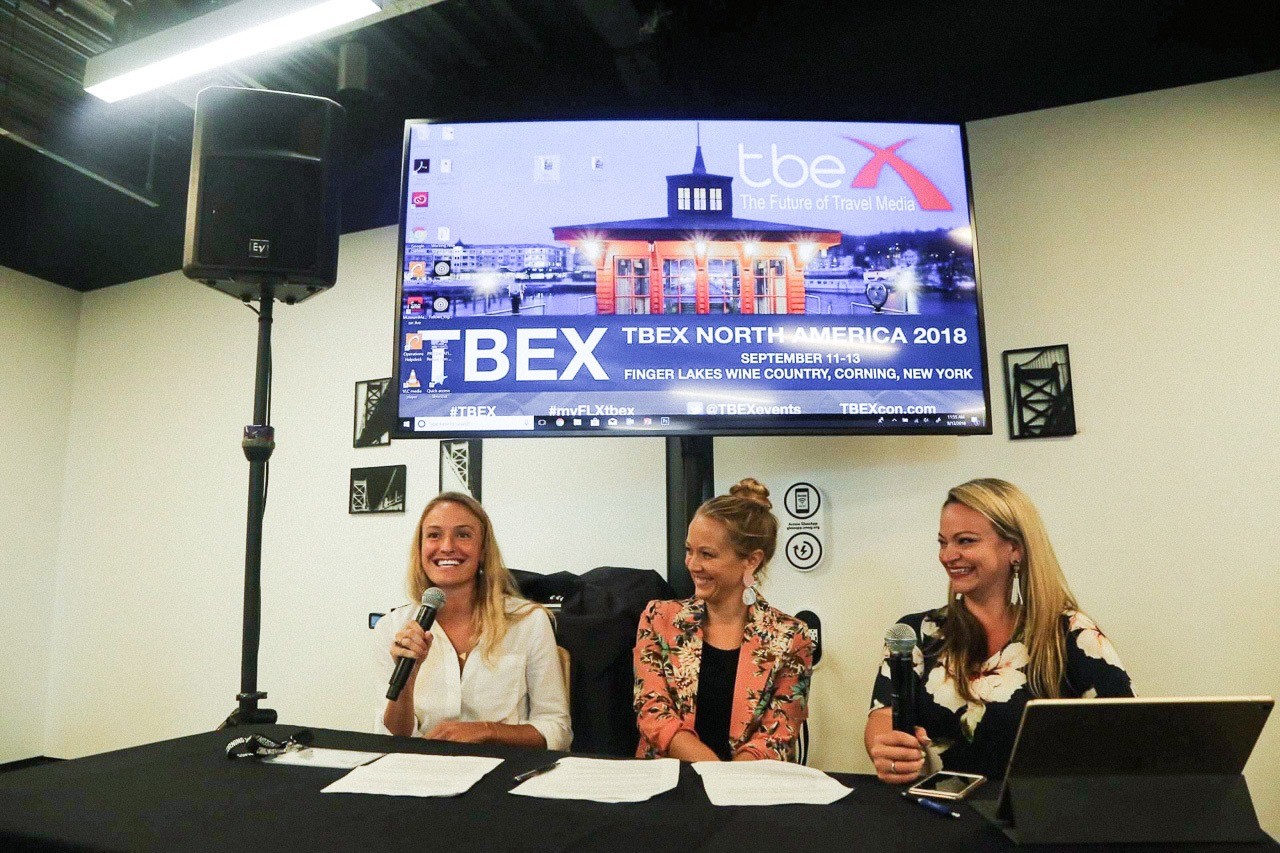 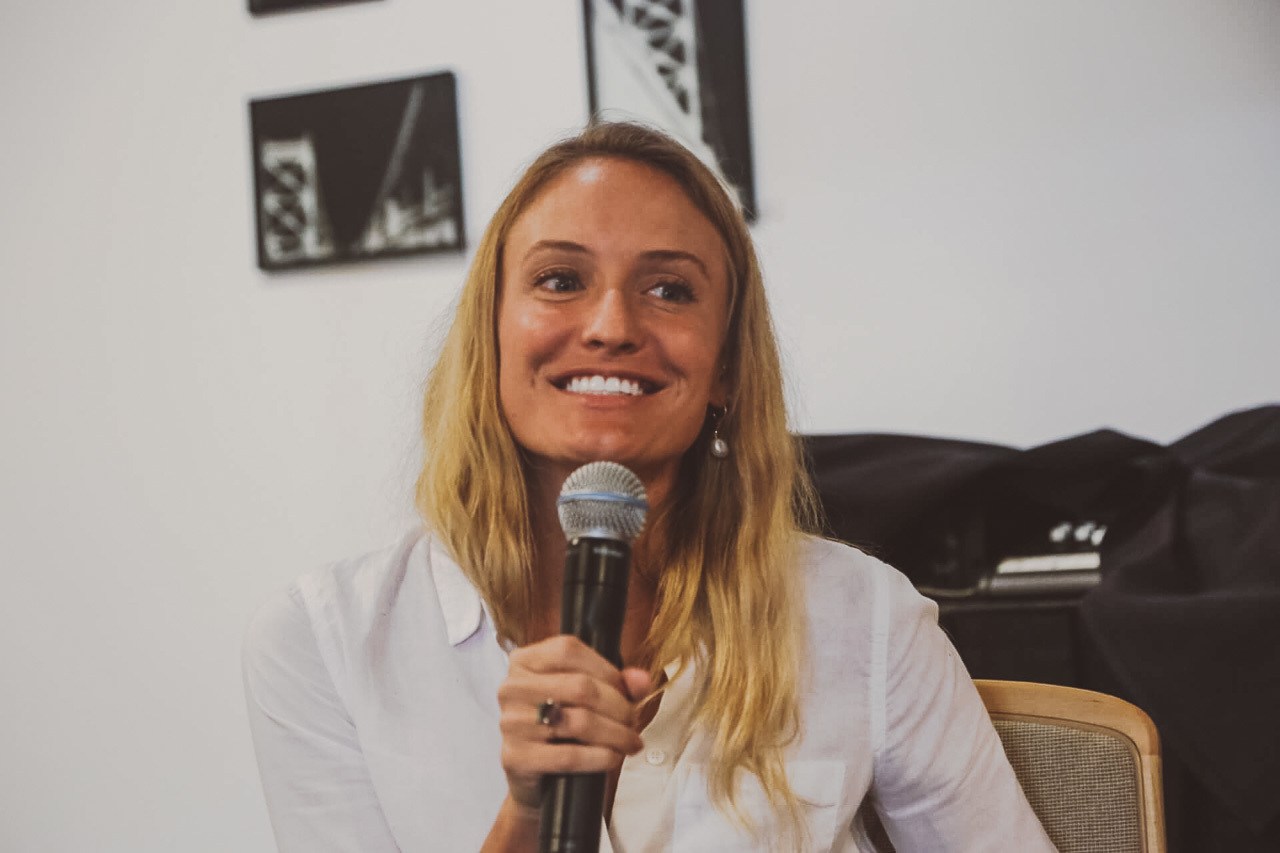 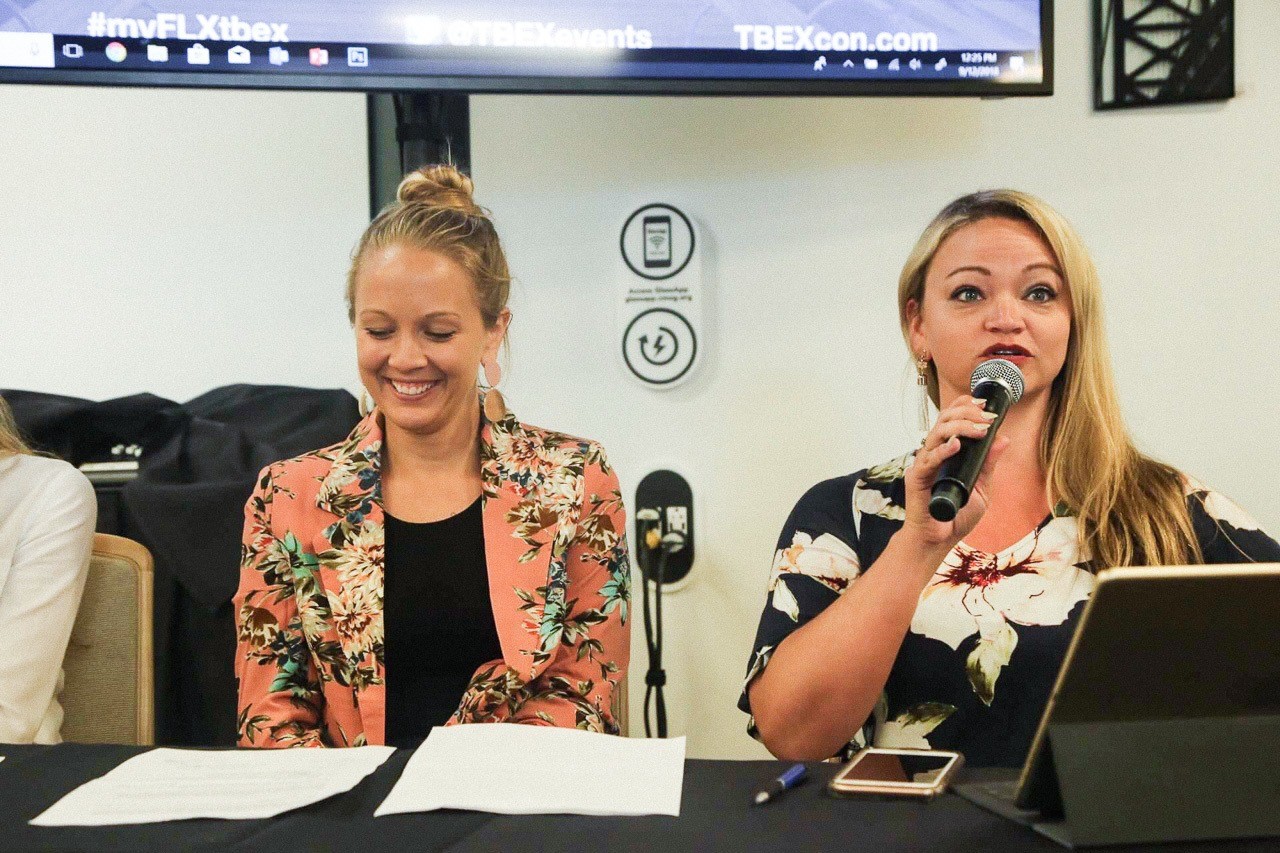 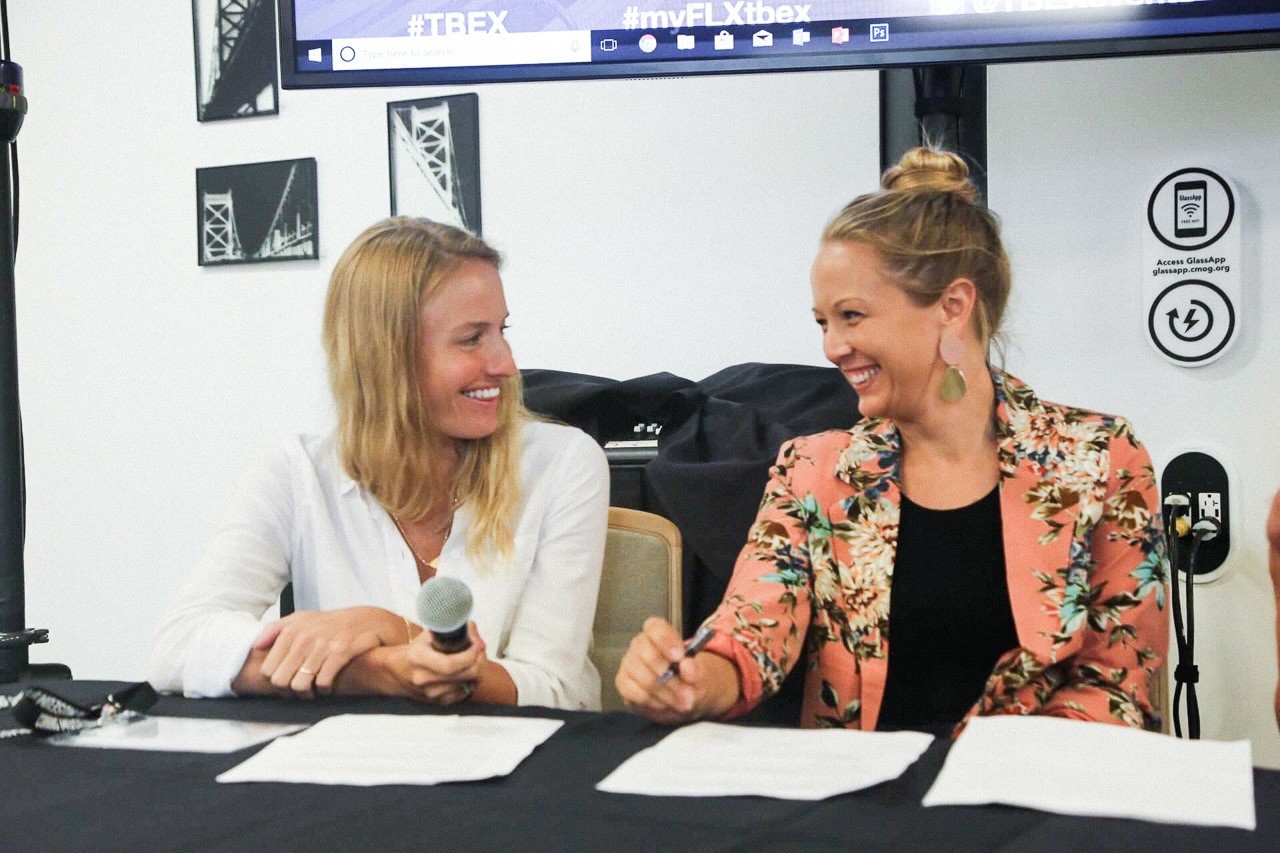 At events like this, bloggers stay out late partying, erm I mean networking, and then rally for the next day. I am not that blogger, ha! I am in bed at 10 PM so I can wake up early ready for meetings. There are speed networking meetings and you basically have 10 minutes to pitch yourself to a brand, and you do 12 of those in a row over the course of two hours – both days of the conference.

I did go to dinner with Angie + her sister Rachel, Alex, and a new friend Rob from 2traveldads, an LGBT family travel blog. They’re all a blast to hang with! The conference was in Corning, NY, which is the cutest town and where Corning glassware is from – and basically all other glass you have in your kitchen (pyrex, too!). The conference was in the amazing glass museum.

The Finger Lakes is a region known for wine and you can guess there were booths set up all over, all day and night making sure we had a full glass! Our opening dinner was at the Watkins Glen Race Track and they let people sign up to go around the track in a lap-car.

Before and after TBEX, they always offer pre and post trips. I didn’t do a post-trip (I signed up way late and only got on the event because I was a speaker, I think!) but I did get into a pre-tour which was… drumroll… goat yoga! 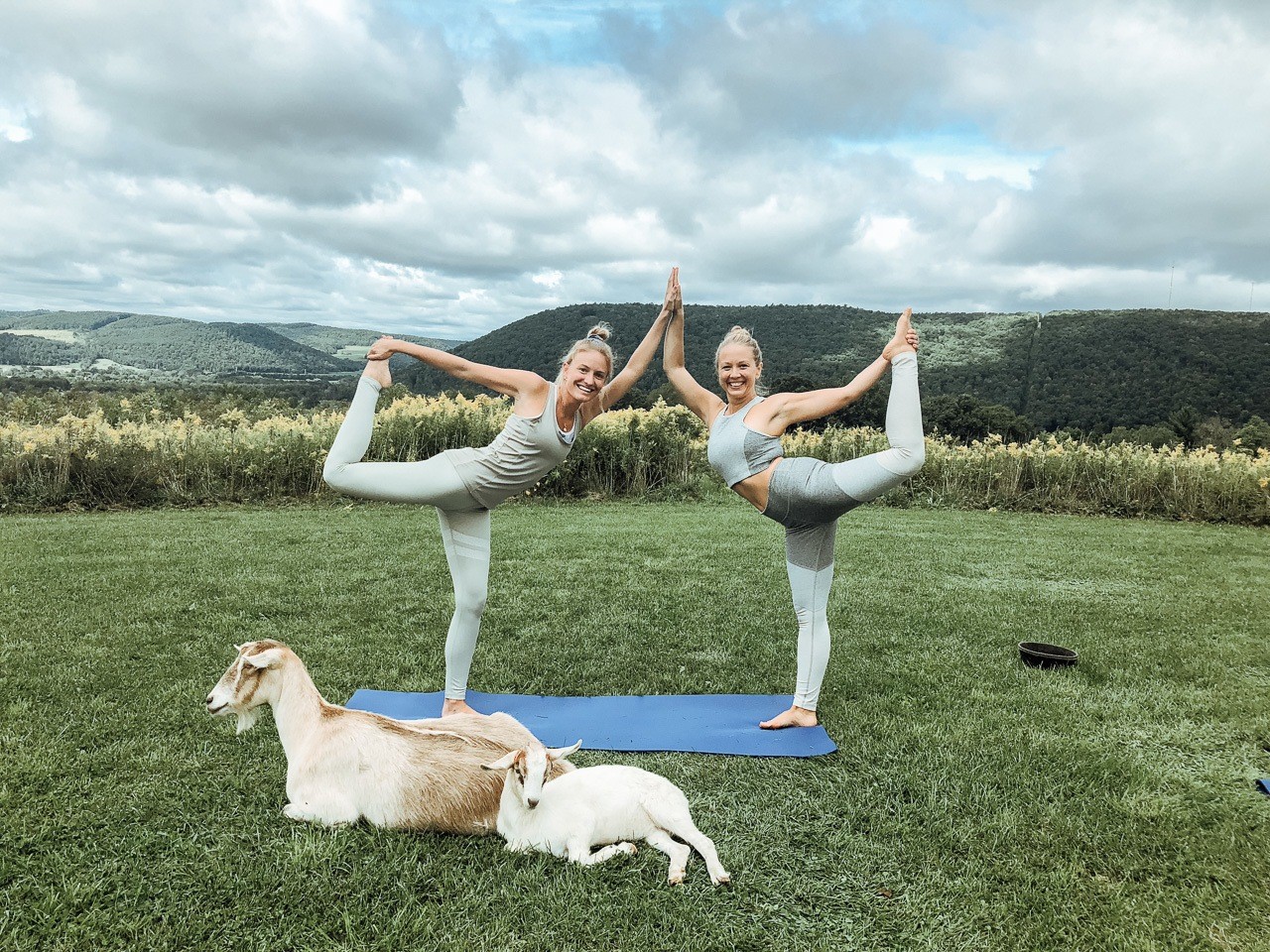 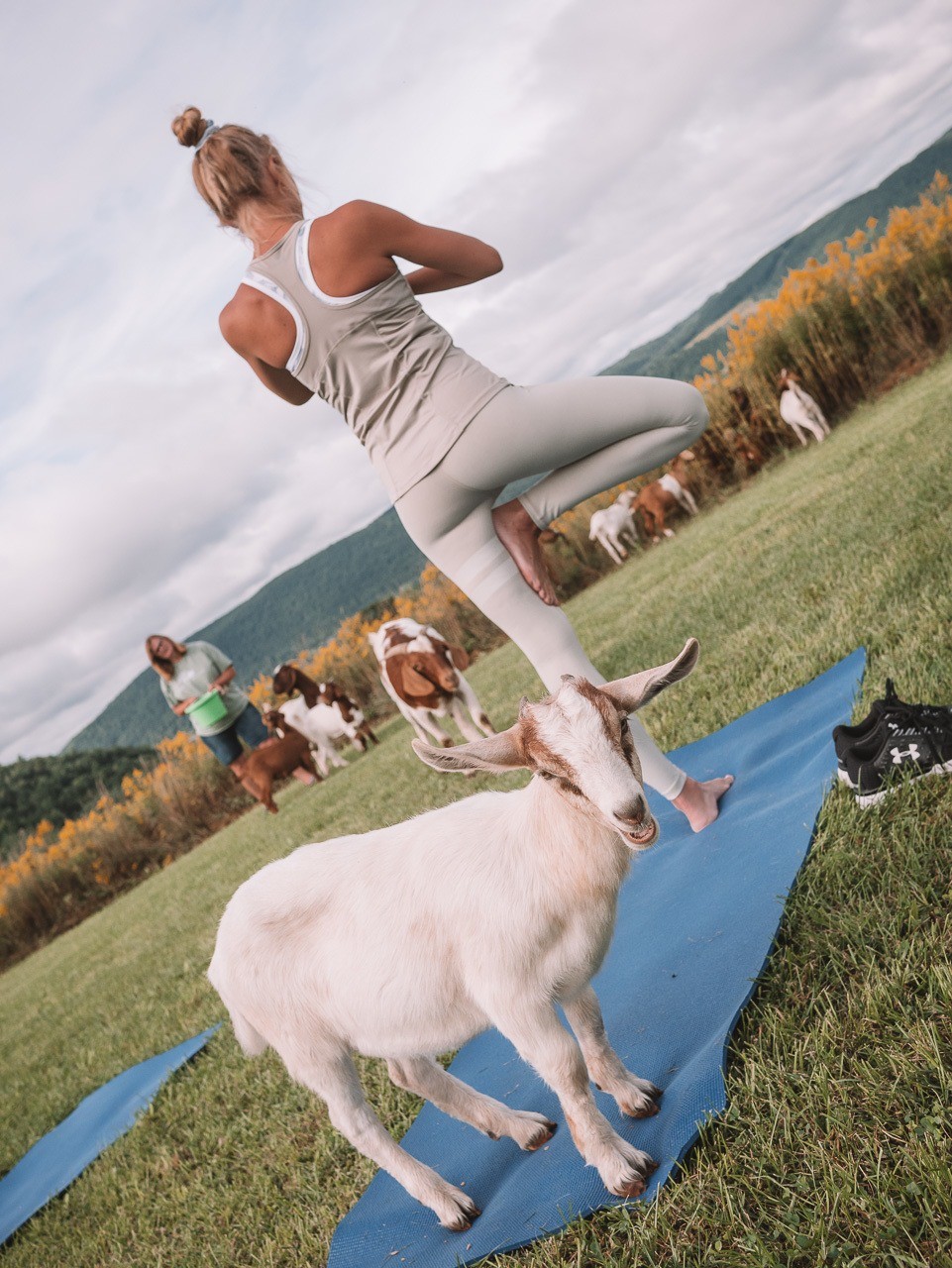 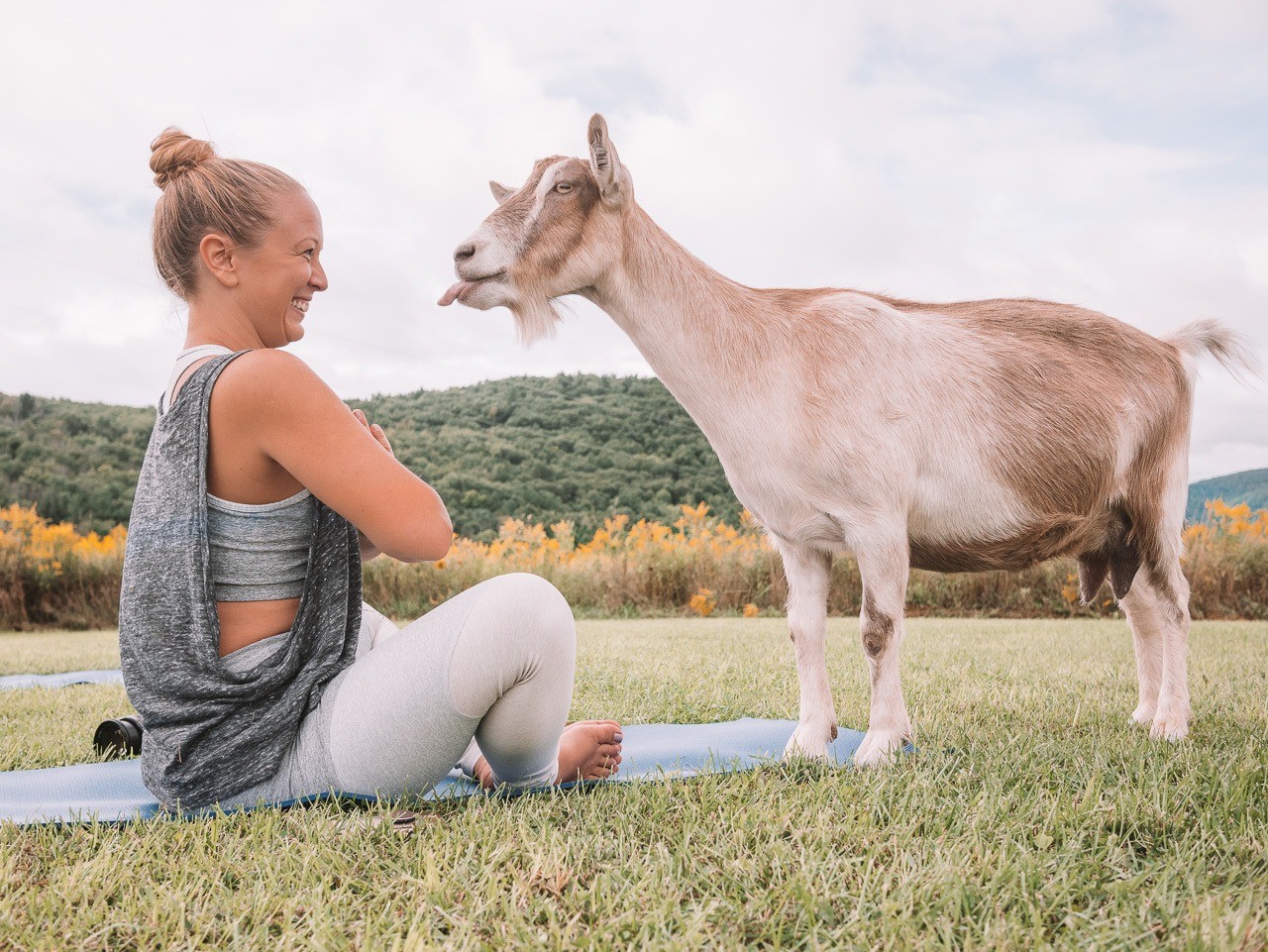 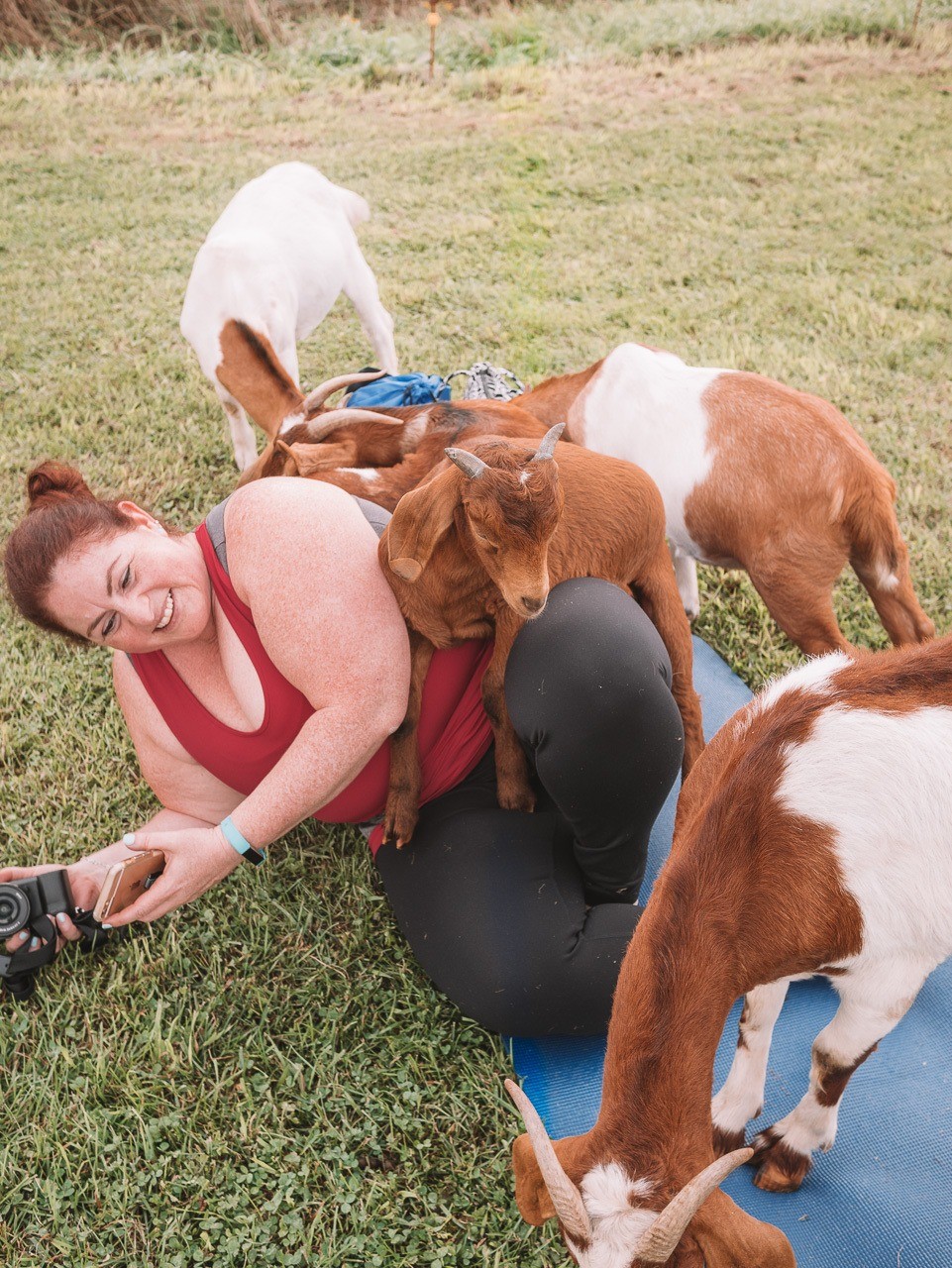 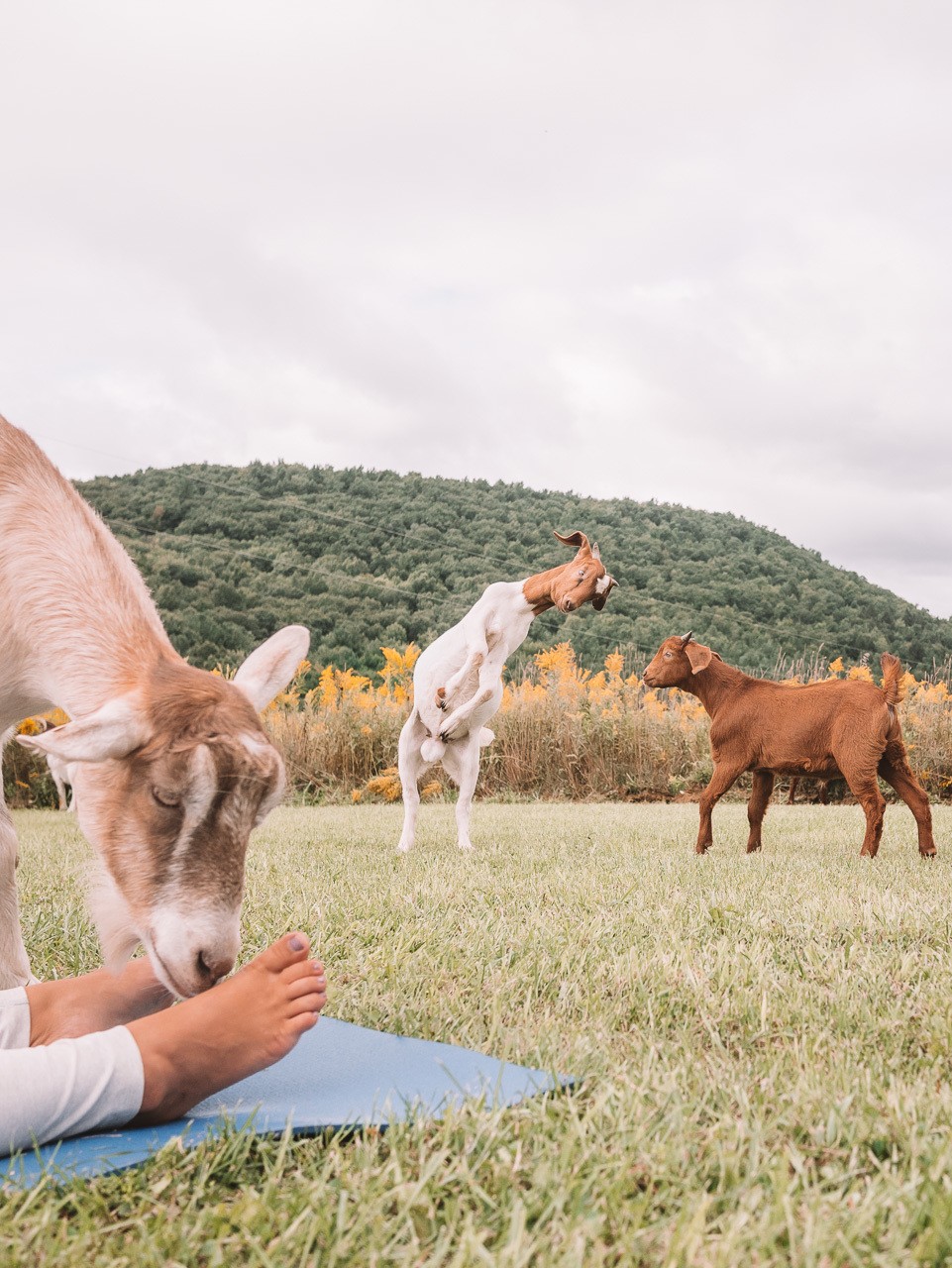 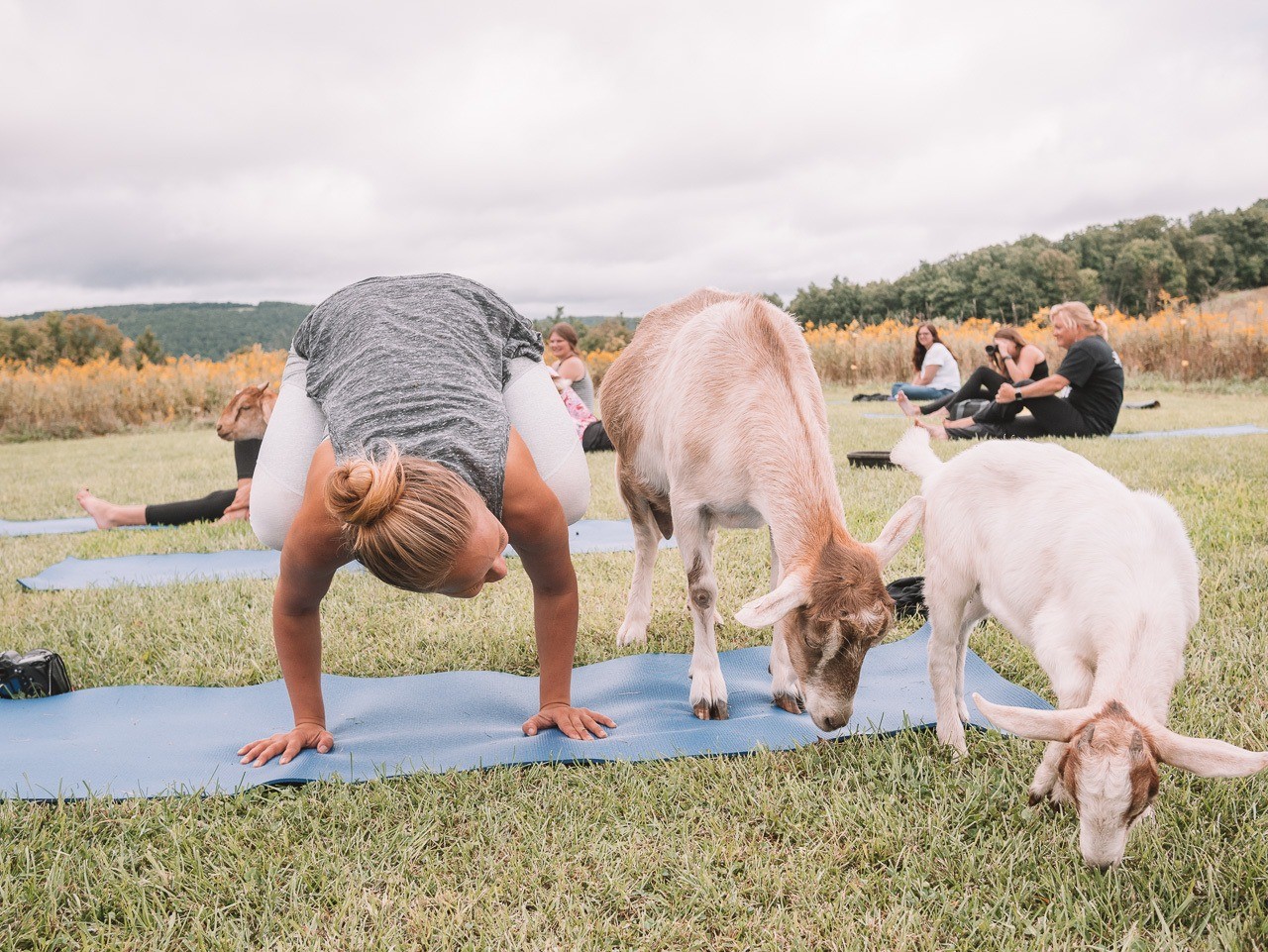 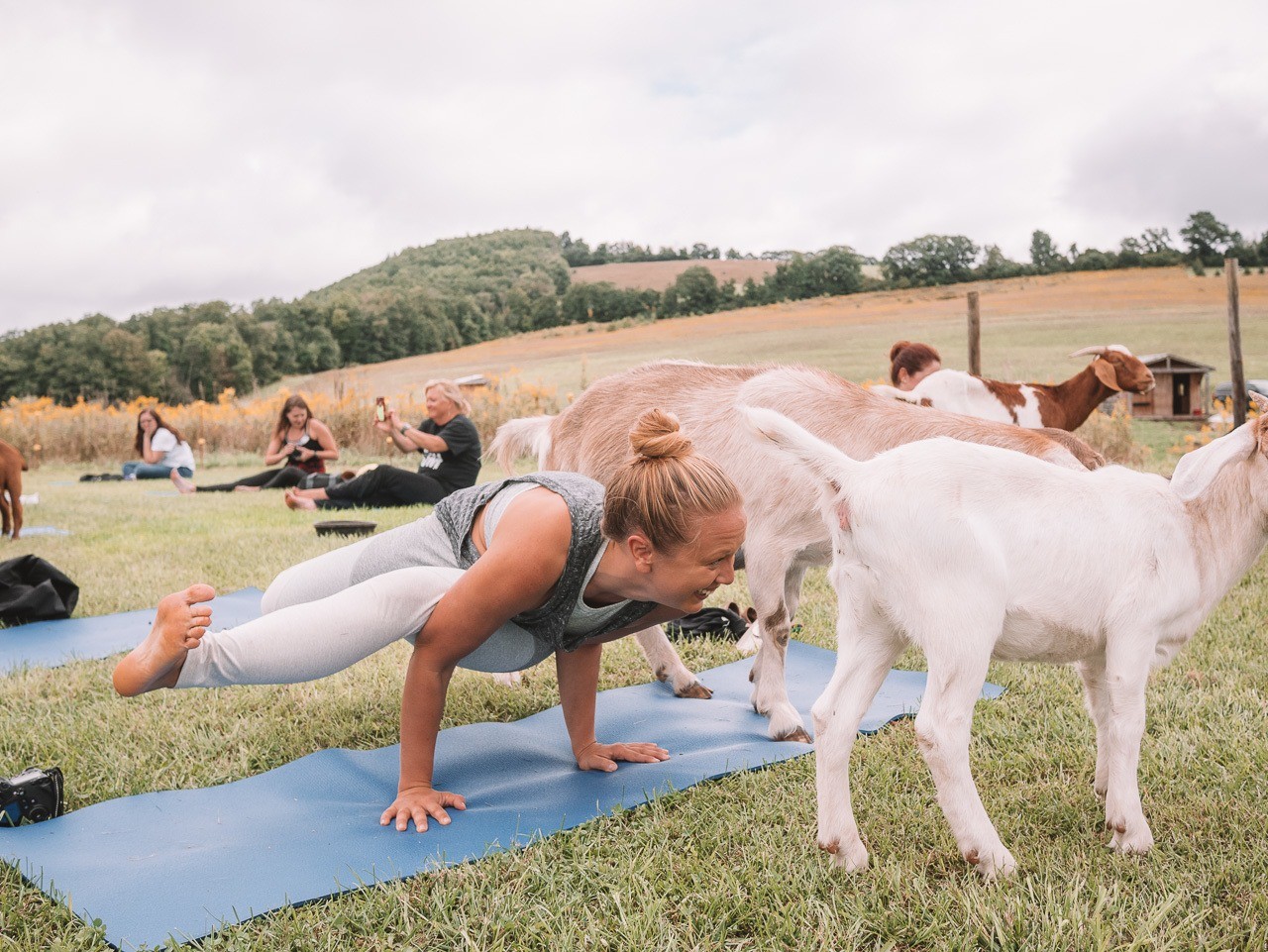 So what did I think of goat yoga? I’m not yogi, let’s be clear. I only really like yoga when it’s on a SUP or when it’s super fast paced so I don’t get bored. I’m not into traditional yoga, although I respect the practice. Goat yoga is definitely a novetly yoga. The instructor said it’s really just for a fun, a time to chill, and you should still have your normal yoga practice.

Since we were bloggers we took photos during class but she assured us non-bloggers do it too, and encouraged it since this is more a novelty than something “real”. Goat yoga has taken off not just in the USA but around the world as a unique way to get stretching and moving around. While it wasn’t necessarily “yoga” as you might know it, it was so much fun. The goats crawl all over you! You can do the same class at Ziegenvine Homestead.

Our tour also included learning about how to use natural things you find growing as tinctures for healthcare, thanks to the guys from Healing Spirits. It was a very chill day and we ended early, leaving us tons of time to wander around Corning. 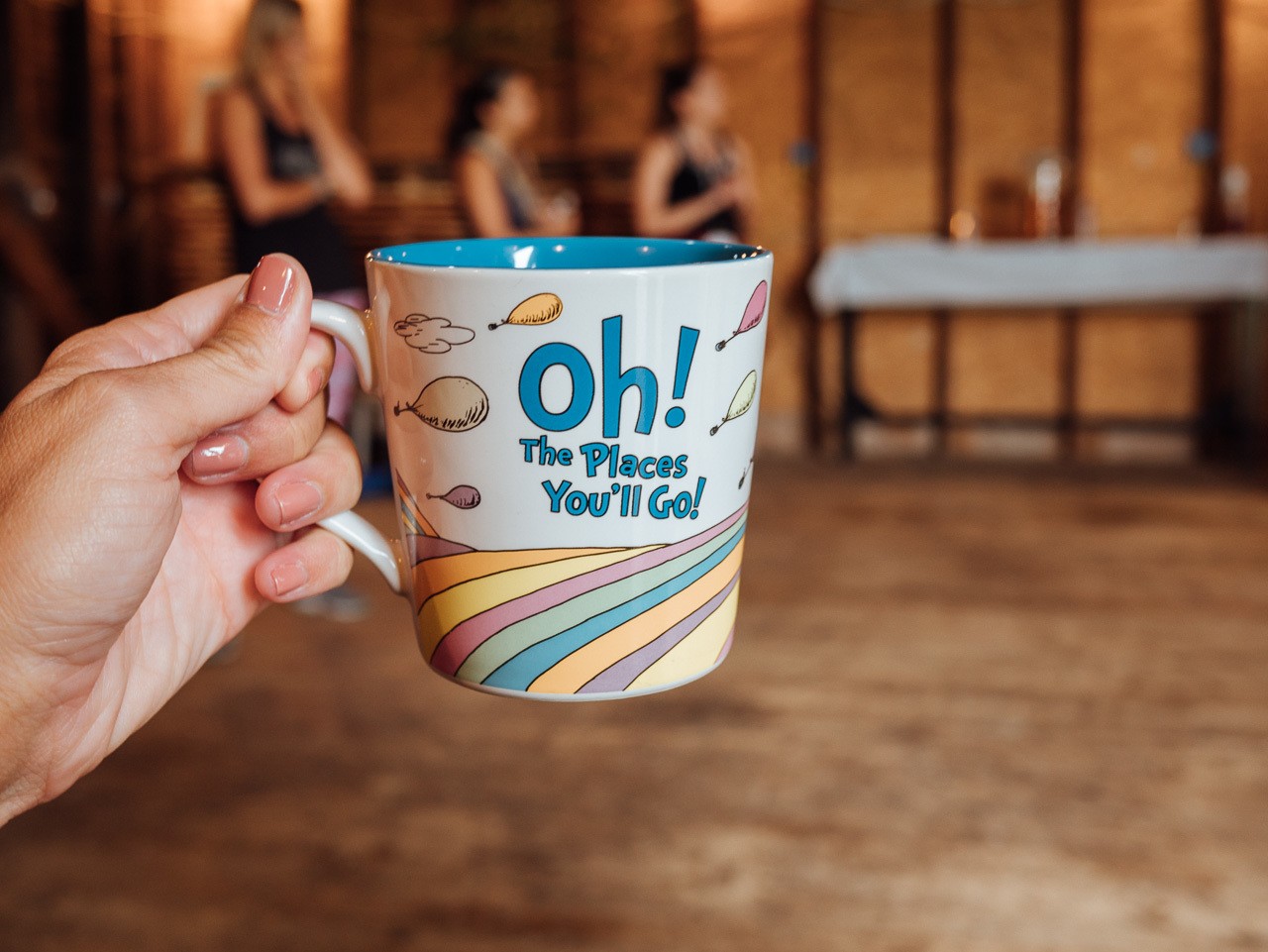 TBEX next year is going to be in Billings, Montana the same dates (Sept 11-13) and I’m already planning on going! Will you be attending?