I have a secret to tell…. this isn’t about India! Lol it’s about Sri Lanka. But really, the hospital visit we had was exactly how they go in India so I’m still going to share about it ;)

We were surfing in Unawatuna when Ben had a minor wipe out and the fin of the surf board hit his elbow and put a huge gash in it. I wasn’t sure if he was hurt or there was a rip in the sea when he got out of the water. I came out to see what was up and saw him looking pretty pale with a towel around his arm, arm over his head.

After a quick peak, I thought he needed stitches. The rickshaw ride to the hospital was too crazy because of so many reasons! First the hospital we went to took one look at his gashed arm and said nope we can’t handle that! You need to go to a big hospital.

We were with a local who said he would take us to Government hospital or else we would get ripped off (if we went to the big hospital in Galle). The Government hospital doesn’t usually accept foreigners, but Darshana talked to them and said he was paying, not us (he said we had no money), so it ended up being allowed and only $10.

The ride there was about 5 km of VERY bumpy road… a road which was only big enough for a rickshaw, not a car. There were a few times that we thought “no way this is the road to a hospital”. We were in the middle of the forest! 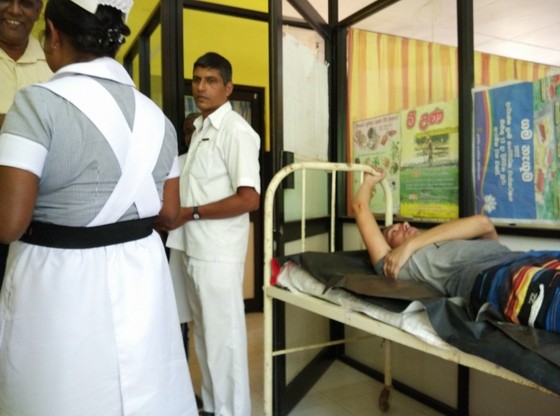 Once we got to the hospital, the doctor took a peek and said “no, it doesn’t need stitches”. He told the nursing to clean it. Once it was clean I looked in and knew it needed stitches. It was wide open! I went to his office where he was writing a script for antibiotics and pain meds and told him. He said okay, I’ll look again.

After checking it again he said yes it does need stitches and he got all geared up. I can’t help but watch to make sure they stay sterile and don’t use anything dirty. 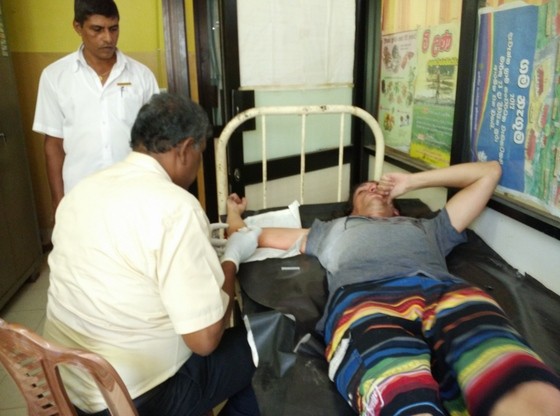 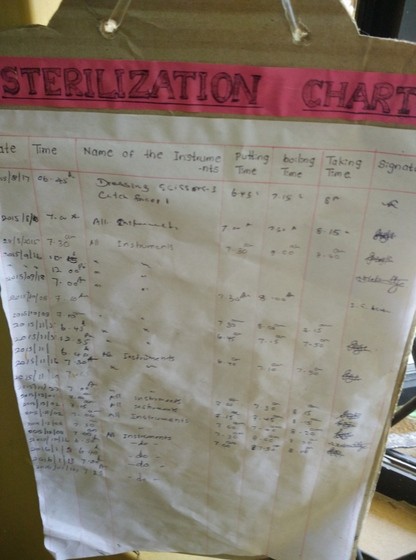 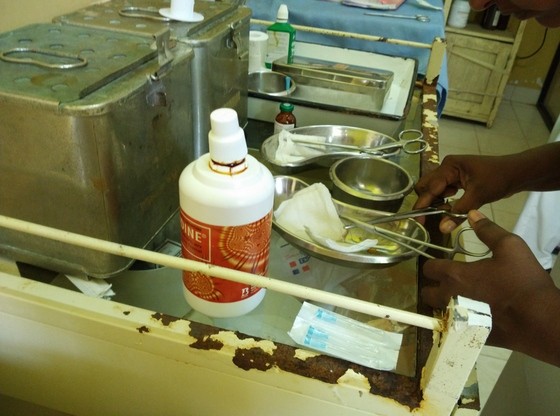 The numbing didn’t quite work and Ben was in SO much pain. After they were done we came out and Darshana was in the waiting room. He said, “so.. you got two stitches?” Ben’s like… “yeah.. how did you know?”

This is India! (but not really)