The last two days I’ve just been tidying and reorganizing. I have a huge list of things I need to do before season gets started and sort of do this every year like a “spring cleaning”.

Today I went out to do a handful of the errands and though why not share what we’re doing maybe it’s different than where you live.

First item of business is getting a new washer because this one struggles. Even when my parents were here two years ago and it flooded the kitchen… it never got better and someone is out working on it monthly. I had to ring my clothes out after a wash because they sit in water. Ick! So new washer had to be ordered. I’ll be keeping it out in another room that is a cleaning room though. 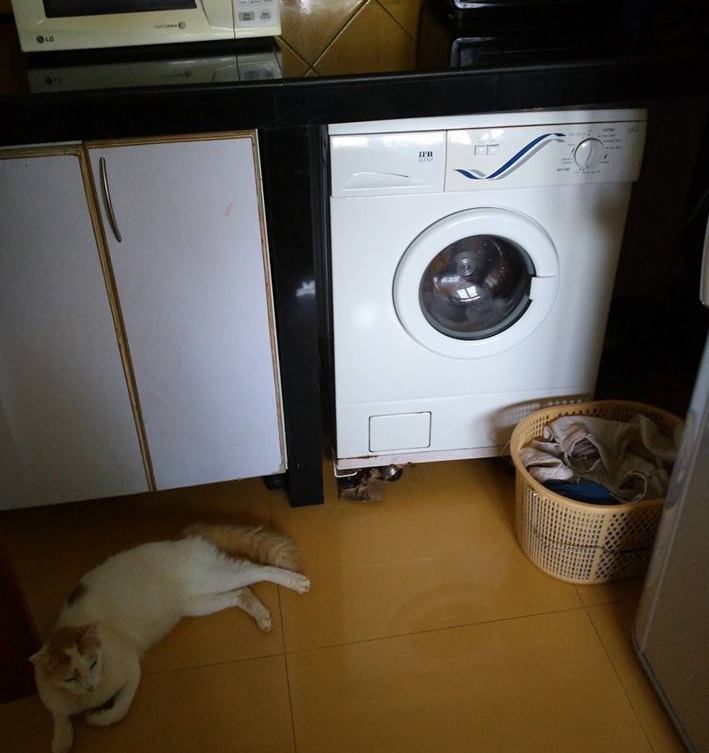 The next thing is lights. In the monsoon, mold grows. It’s kind of not preventable. The lighting fixtures grew mold (they were made of a bamboo material). I took these photos before leaving the house so I could sort out what type of fixtures I needed. I was useless though and didn’t know how far apart the nails were or if the one of the left could pivot out.

Electricity in my house isn’t that simple as you can see. The one bulb (on the right) just dangles and we have to stick it in the lampshade. So mission failed. 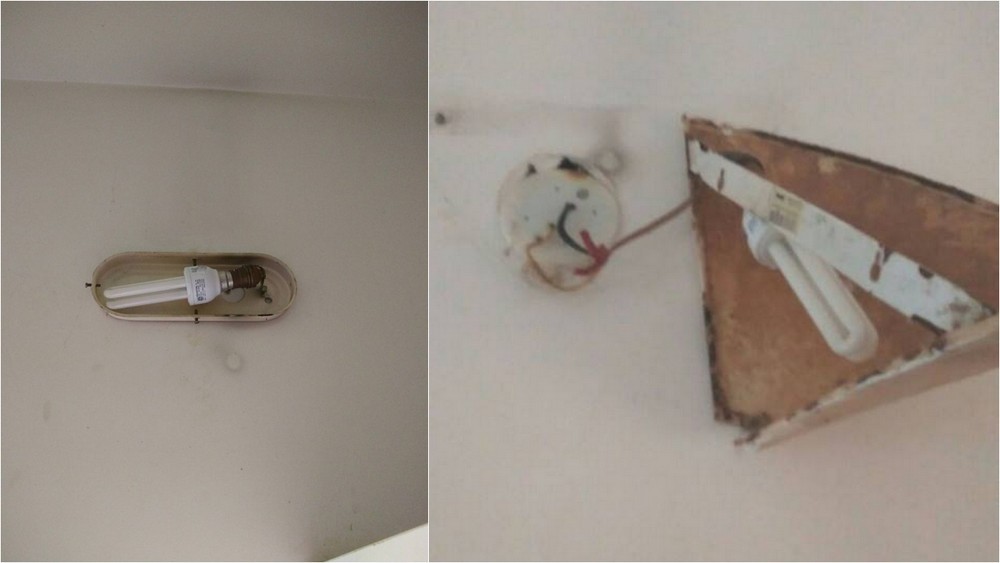 Next, I wanted to paint the kitchen cabinets. This became Ben’s job. It was way more work than I thought and will take AGES. 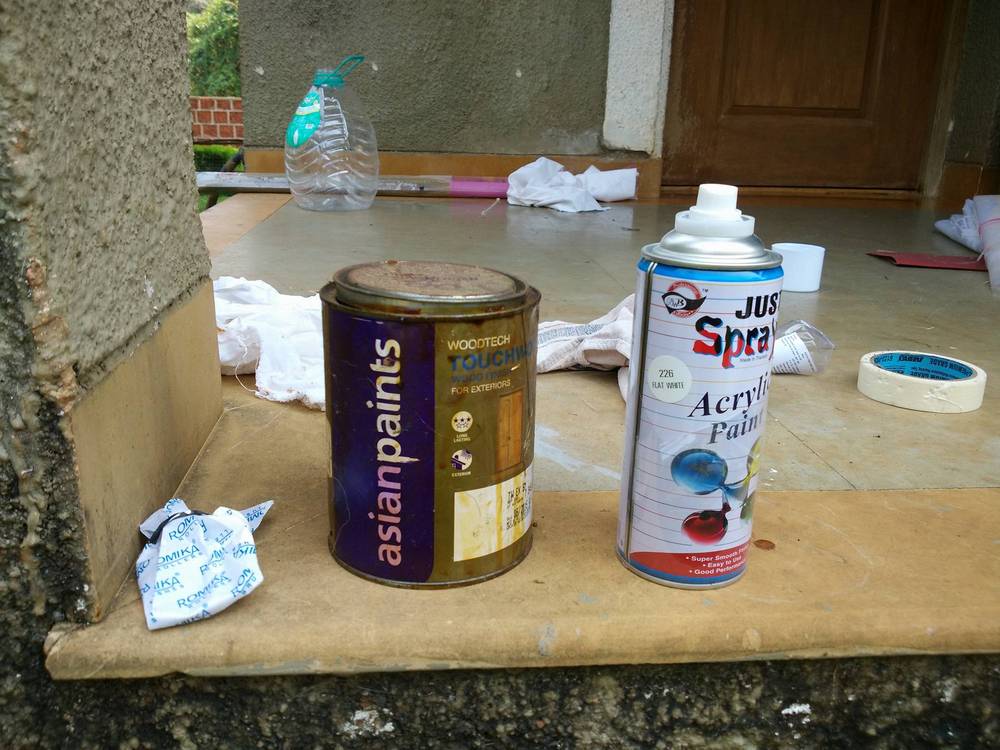 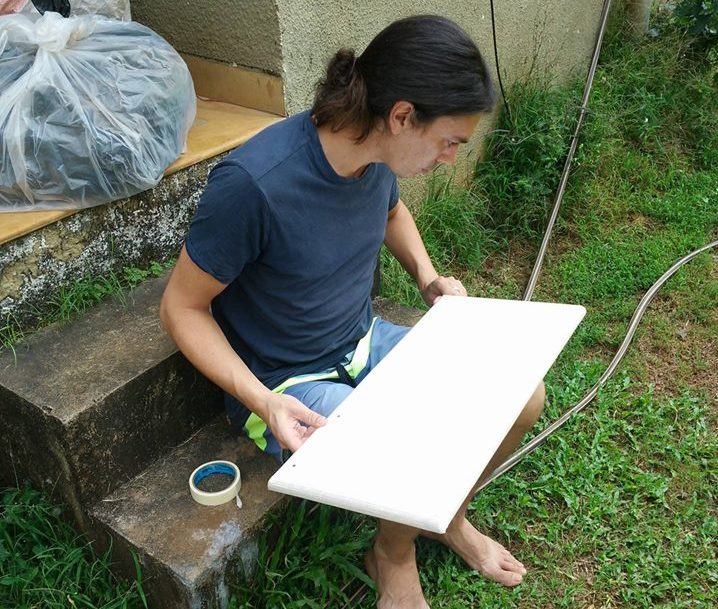 Basically, I wanted a nice pretty color, but my tiles are YELLOW in my kitchen (which would be like $800 to replace) so I had to do white. The cabinets weren’t wood like I thought and were plastic so we took the plastic off hoping wood would be below. It was less shitty plastic but still not work. So couldn’t use a brush to pain since it left marks, and had to use spray paint. Multiple shops were sold out so we’re waiting on more.. it takes a lot to do 25 cabinet doors! I’m going to put new cute knobs on them as well. Ben stained the wood around the edges Walnut (you can’t see it because there is tape on it). He’s been at it for two days. 6 are done hehe but it’s a work in progress and a huge pain in the ass!

Next was to pick up things I needed from Mapusa market. 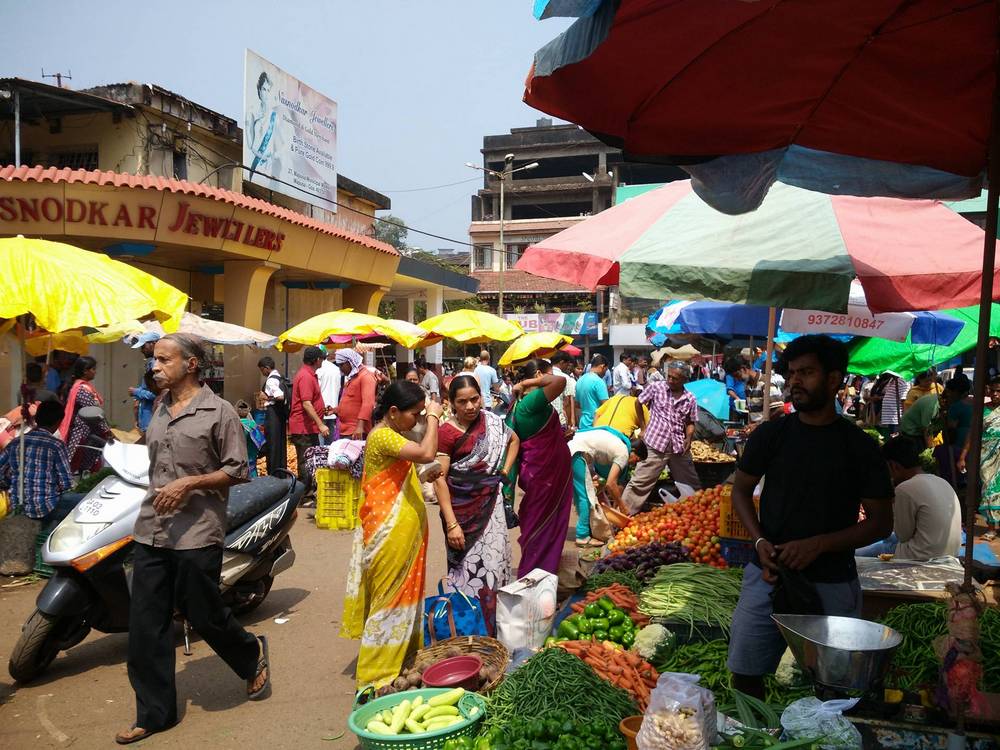 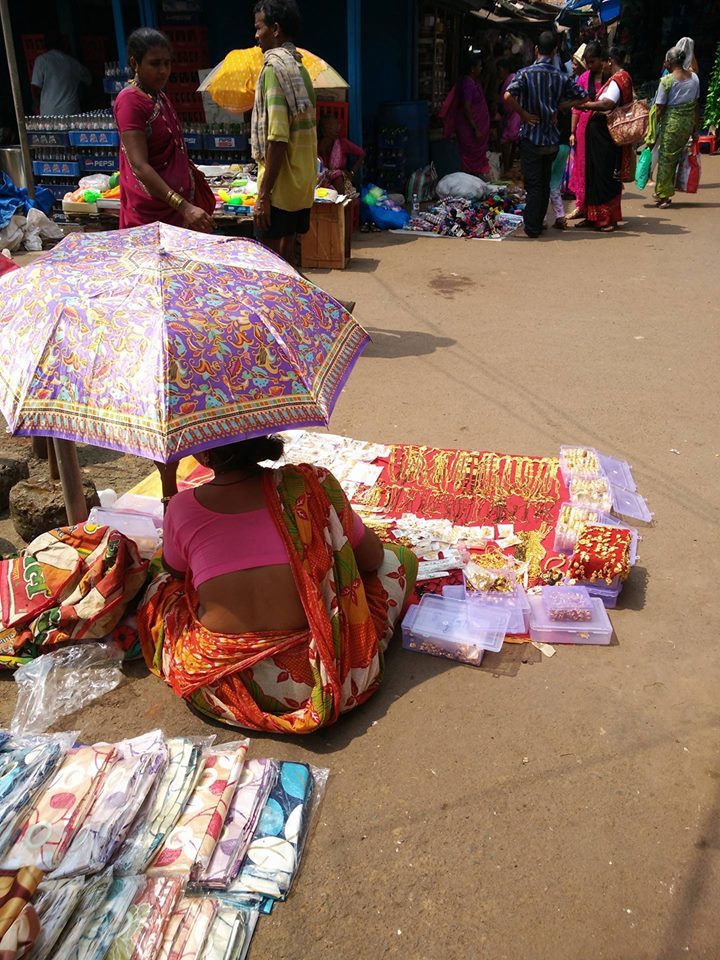 No gold for me today… needed some pots. When cleaning the kitchen out I boxed up most of the stuff that came with the house and put it in the attic. I found the pots below though in storage (they had two) and I love them so went to the market to get another to match. Great for sugar and such! The littlest was $1.20. 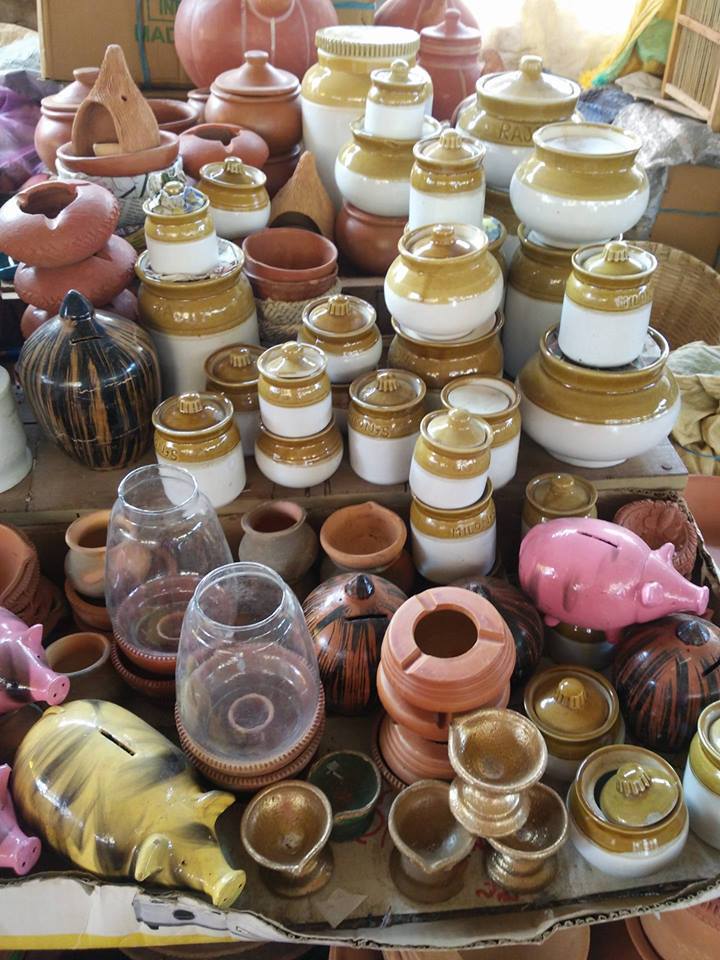 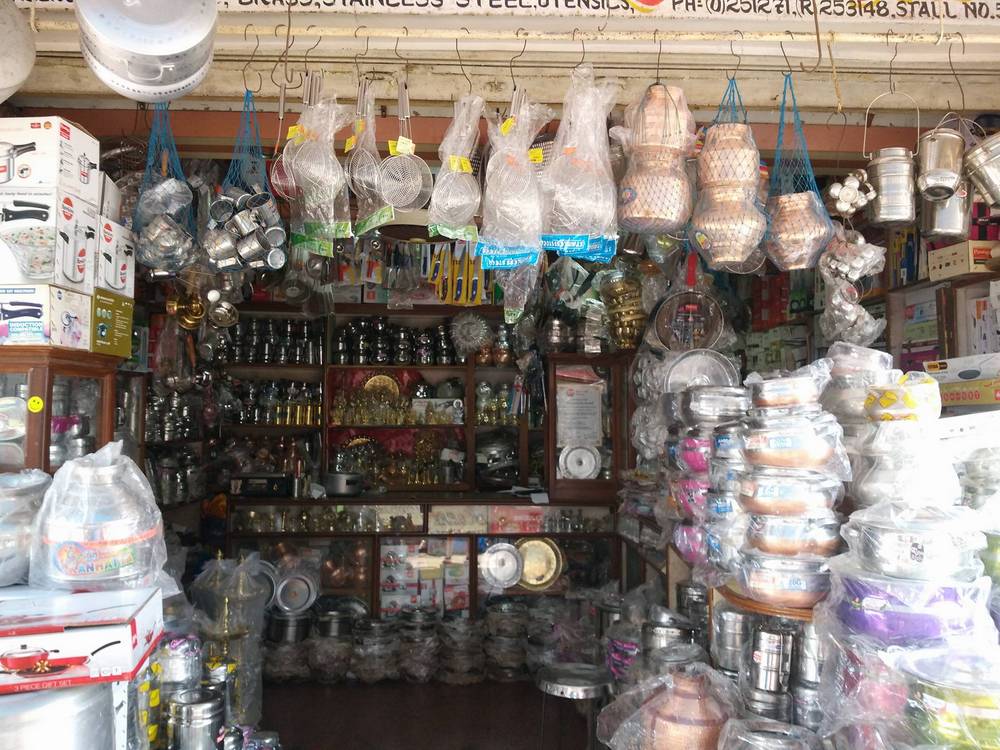 Above is the go-to shop for your pots and pans. He does work with copper that I love but can’t afford. I had a look in to see though because I really want some copper cups. They go for about $3 a piece. I know it sounds cheap lol but when you’re redoing everything, you have to cut corners somewhere!

Next we looked for cactuses because you really have to be bad at life to kill one of those, so they’re great for me to use as decoration! They sell at about 80 cents a piece. 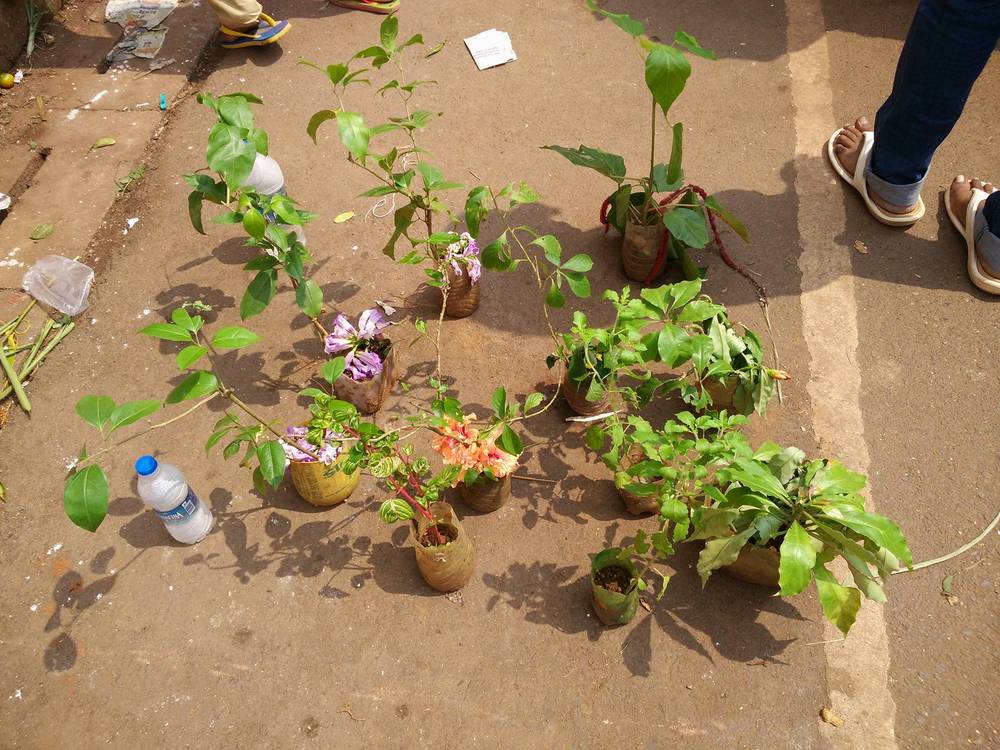 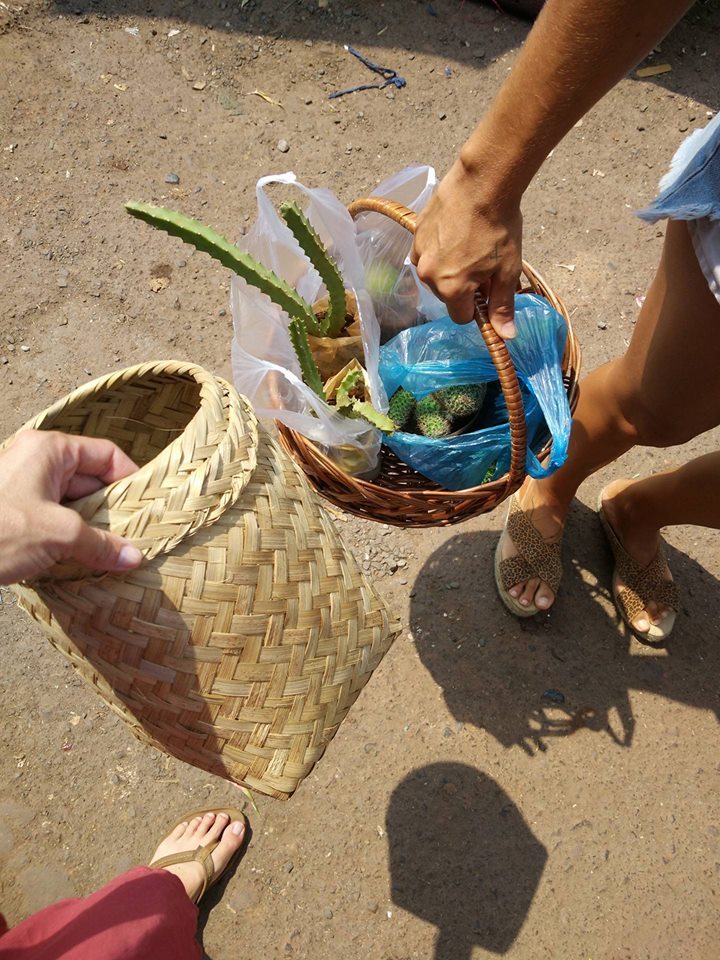 I hit up the basket ladies to get a new trashcan for the bathroom as well. Think it’s pretty cute! It was about $1.30 The basket on the right I got to put fruit and veg in on my counter and it was pricey at $6.

Last we went to Panjim to the big Fab India for curtains since the dogs have ripped ours to bits. I can’t go there and only get curtains though! I got a table runner to go with the new placemats I got in Morocco. I got a new rug for the entrance of the house. I got all new curtains for our bedroom which were sooo expensive all together. Pieces ranged from $11 – $18 and I had to buy 8 of them. That doesn’t even cover the amount of new curtains I need though but it’s a good start.

I also got some for the bay windows downstairs. Curtains in India come in two lengths and only one width at Fab India (which is basically the only place to buy them).  I have to get the ones for the bay window tailored.

If you don’t buy them at  Fab India you can go to cheap shops and get them but they are hideous. You can get them made from scratch which I’ve done before but it ends up being a lot more than just buying them.

I also got some cute little tea towels. Don’t need them but they were so cute and I can use them for the beach when I put oil in my hair to wrap it up. They were $2 each. 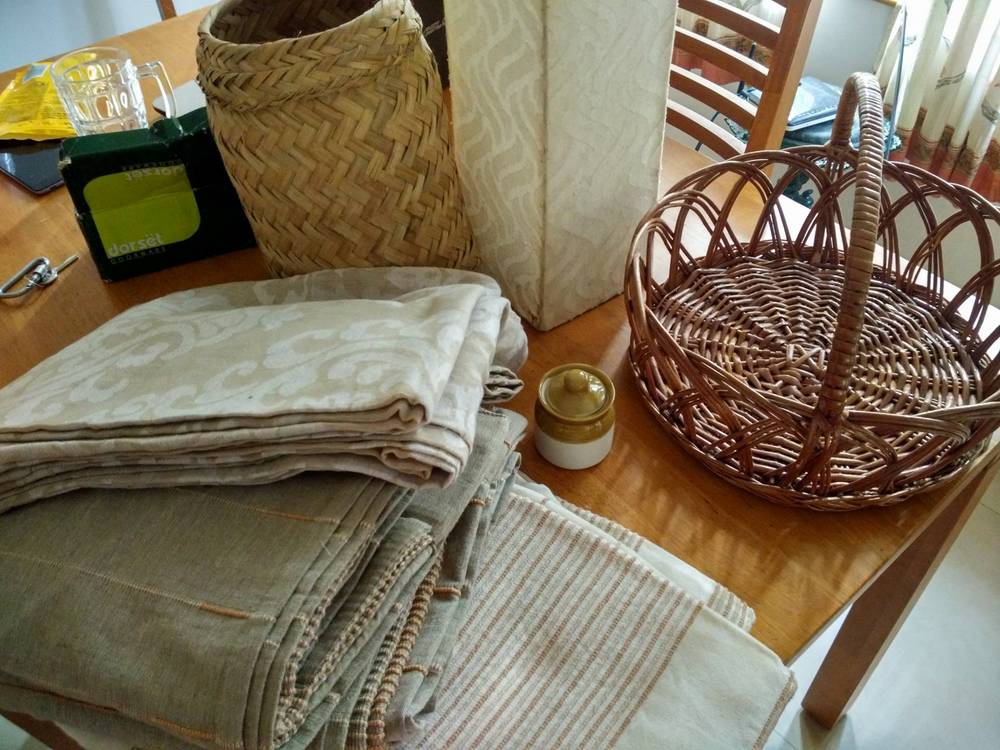 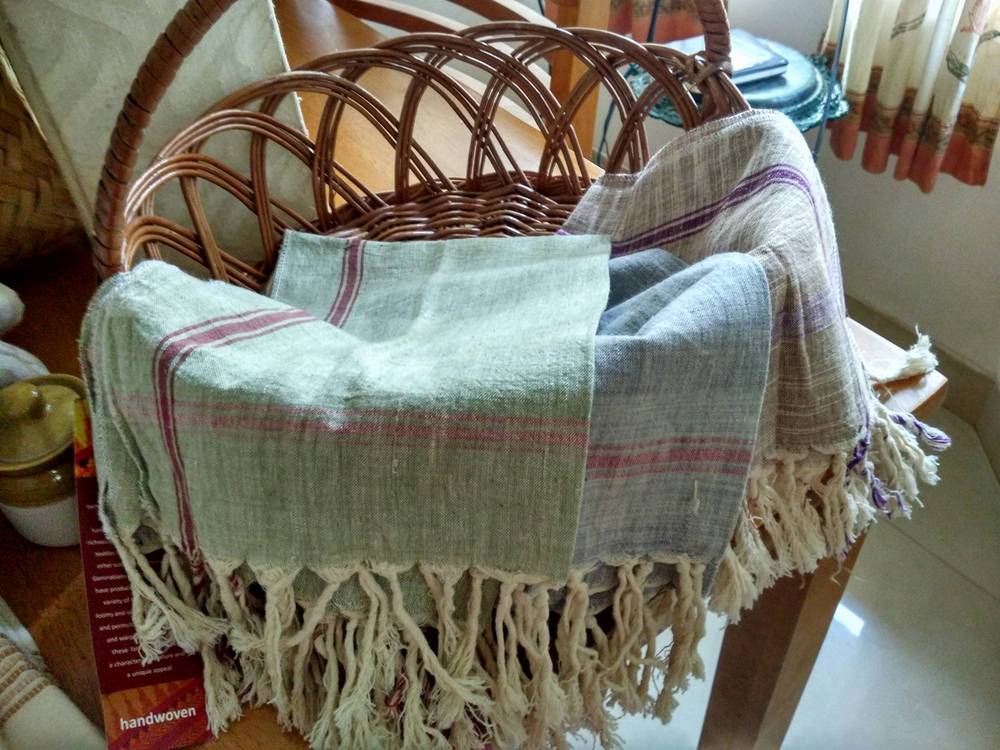 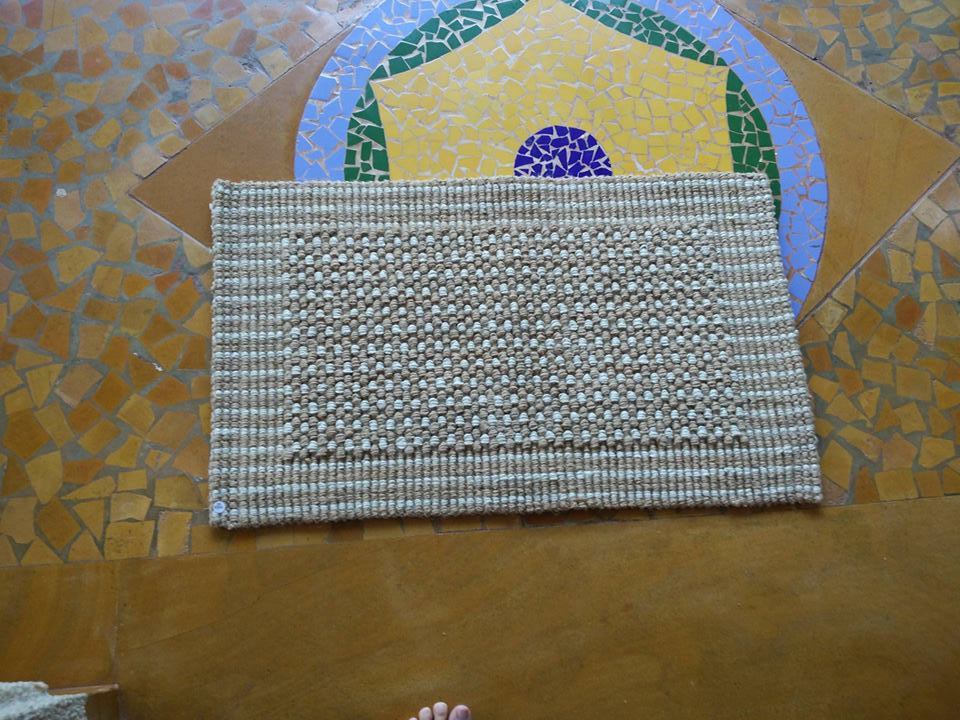 So that was my boring day! I didn’t post last week so wanted to share something and this is all I’ve done since I’ve been back other than sort out 10 huge boxes of junk left from the builder of the house (which took about 5 hours!).

Literally didn’t even eat lunch the last two days because I was working so hard and I mean I love food so that’s sayin’ something. Ben has been working on the cabinets like crazy but once that’s done I have a whole list of stuff he can do :) I want to spray paint all our patio furniture, the dogs cage because it’s an ugly color and sadly sits in our living room, and hang a steel bar with twine from the bedroom ceiling to use as a clothes rack, which I can get from the steel guy in Anjuna!

Have lots more house fixings planned so that’s probably what I’ll write about next week! lol If this was boring you to tears, probably skip next Friday ;)