That’s the homepage above, and below is what the new categories page look like to find different types of articles. 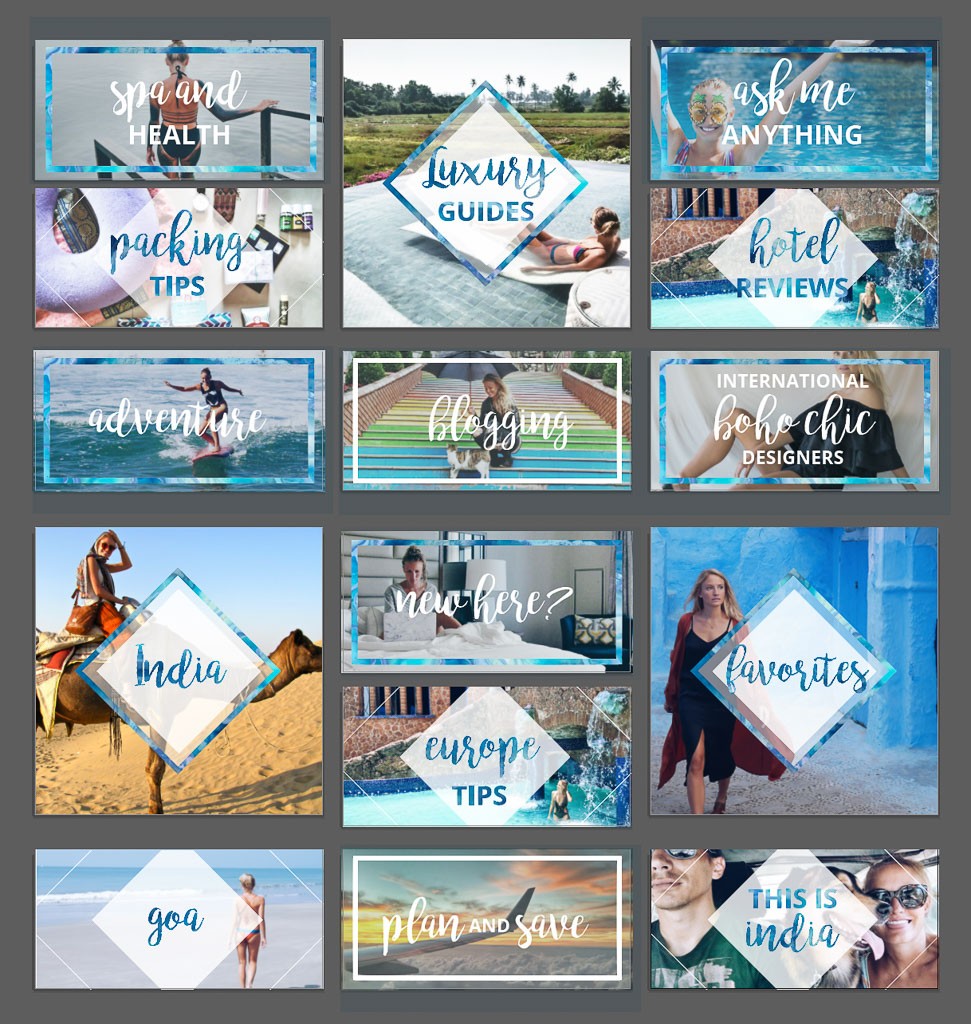 I told you I would follow up with the work I’m going at the house and thought maybe I could show the “finished” photos but umm… not even close to that and I’ve actually been working all day every day not going to the beach!

I got the new washer delivered but the plumbing didn’t go as planned. I had the plumbing sorted out and told them I was getting a top loader washer. They put in the plumbing for a front loader. Apparently NOT compatible as the LG guy came to install it and was like “ermm, no.”

So, the plumber had to come back and fixed it properly. It ended up taking 3 days to get the washer sorted. 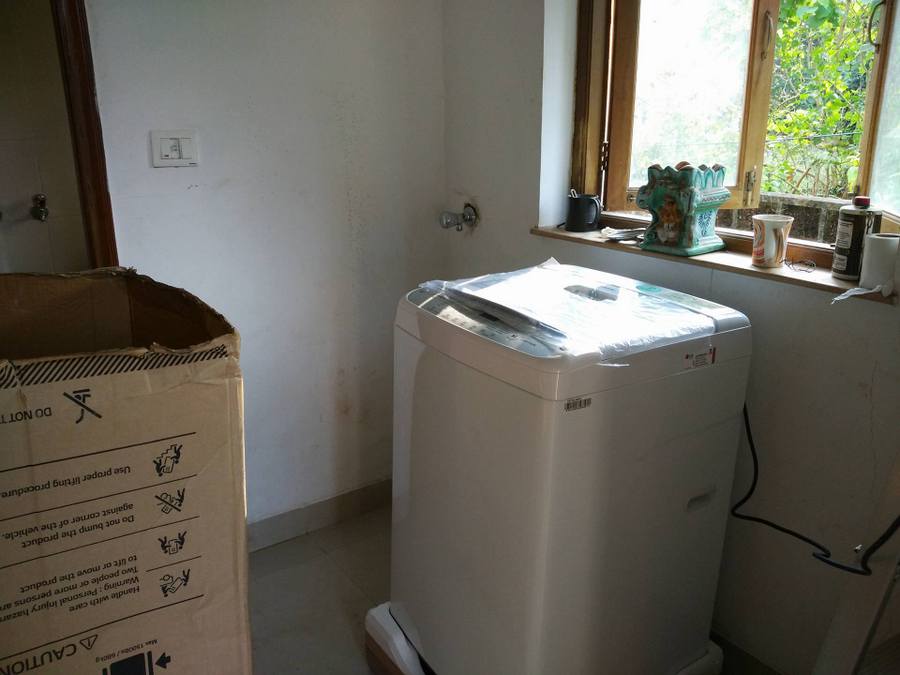 While the plumber was at the house I asked him to take down our old water filter we don’t use and to use that water pipe to put in a sprayer.

It BLEW his mind. Indians only have sprayers in the bathroom. He’s like are you sure? are you sure? …sure? They installed it though and it makes dishes a lot easier (considering we don’t have hot water). 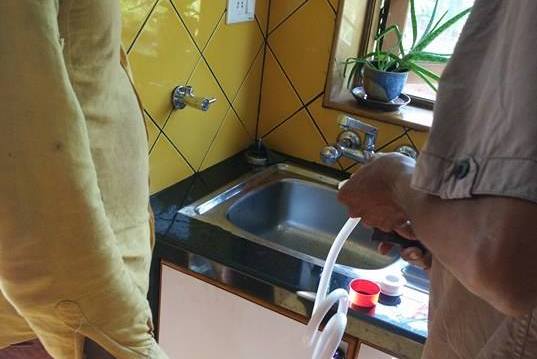 I had this huge pink plastic thing holding clothes and collecting dust so I sold it for 800 Rs. and went to the steel man to have a steel bar made. 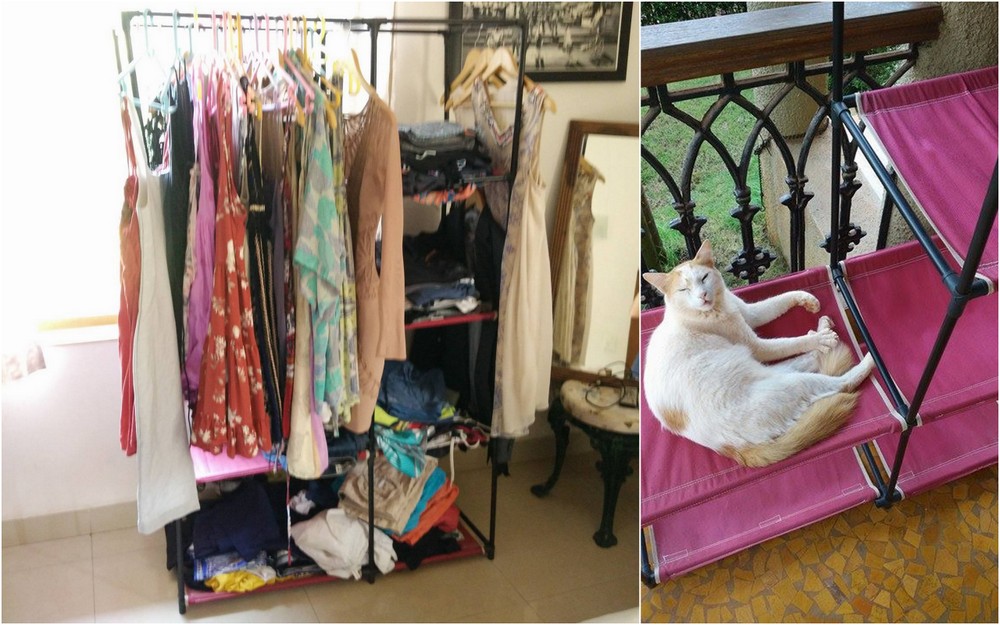 Below is the steel bar. Much more organized! Ben’s clothes are like 4% of the clothes in our bedroom haha he has all of 1 pair of jeans, 1 and a half suits, few button up shirts, 1 sweater, 8 pairs of boardies, 4 pairs linen shorts, and like 20 tee shirts. I swear that is literally all he owns. It’s crazy. 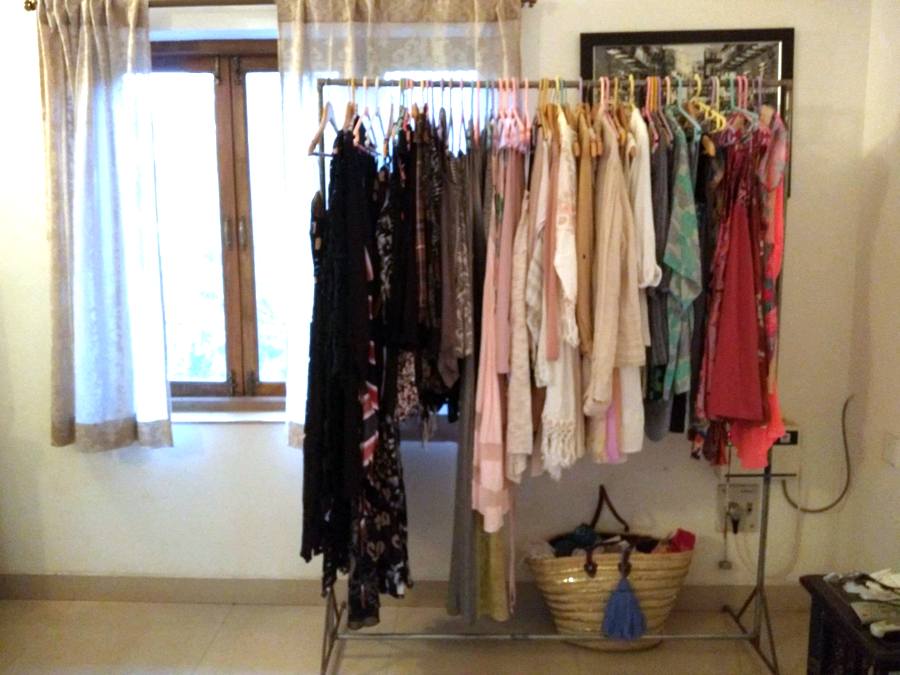 For the new chairs I’m painting, I wanted new cushions so have been going back and forth to get them made between two tailors. One place to get the fabric (they have to actually made the material and it takes 15 days, which sucks). The other shop is to get the stuff tailored as he charges almost half the price. 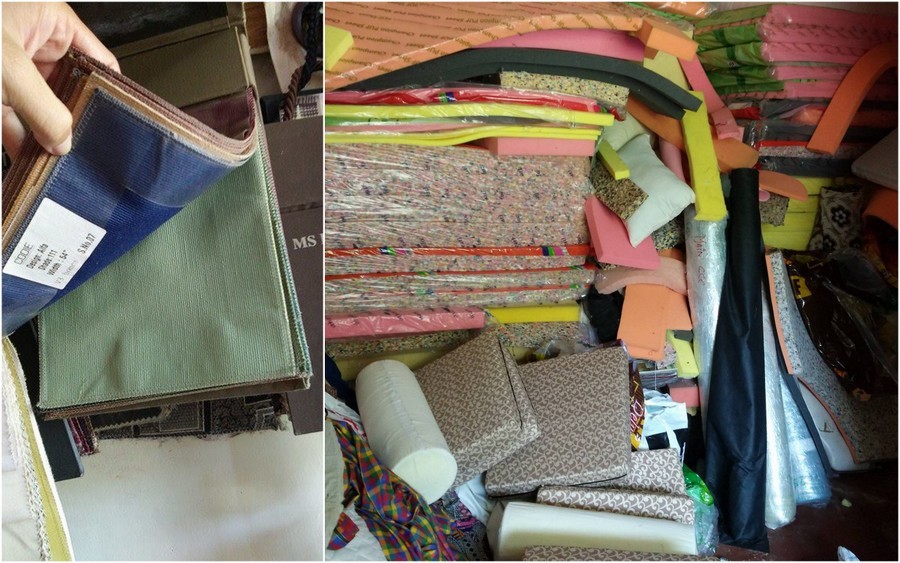 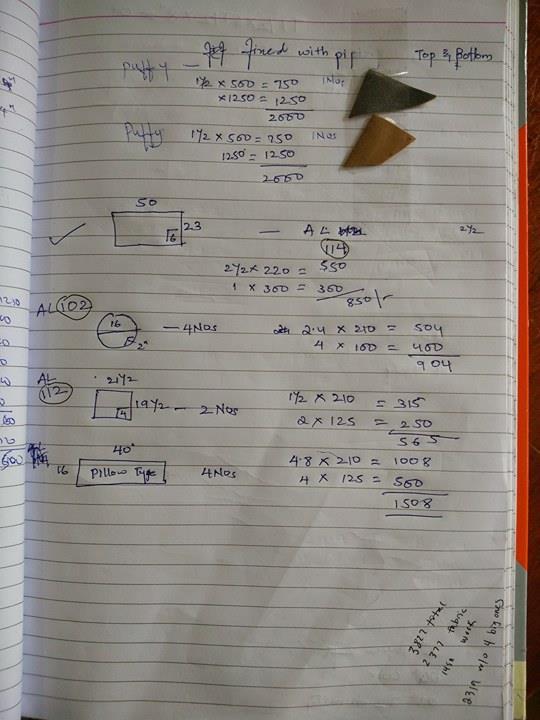 In case you’re curious, the photo above is a quote on materials and work for the things I need covered. It came to 3,827 Rs for all the work and fabric which is $57 USD for 4 HUGE cushions, 4 circular ones, one couch cover, two chairs, and an ottoman. But because I’m taking the material and getting it made elsewhere, I can take about 700 Rs off that and save $10. I know it seems like a little but but when you live in India for so long and have Indian prices, 700 Rs is a lot of money. Housekeepers, security, etc make only 3,000-4,000 for an entire month of work. Some much lower actually.

I picked out my paint colors and decided to paint 4 wicker chairs light blue, 4 tables gold (which Ben says is horrible and very “posh spice of you”), and 4 chairs darker blue. I had to paint all that white first. It is a pain in the freakin’ ass! 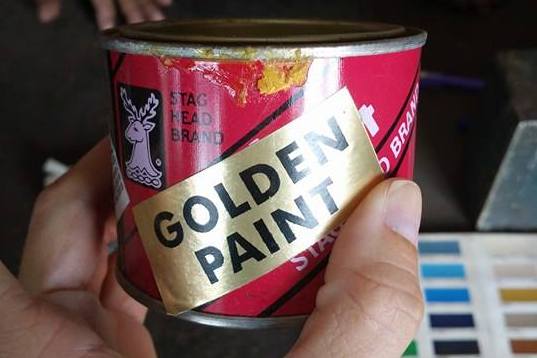 yes, that is what a new can of paint looks like in the shop haha 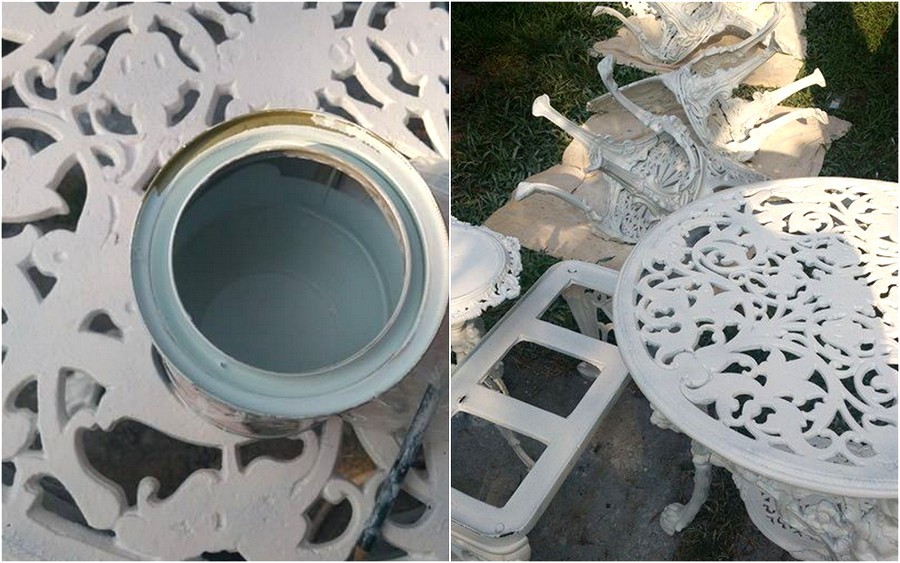 I am using the compressor to do the painting because it would take years if I didn’t. 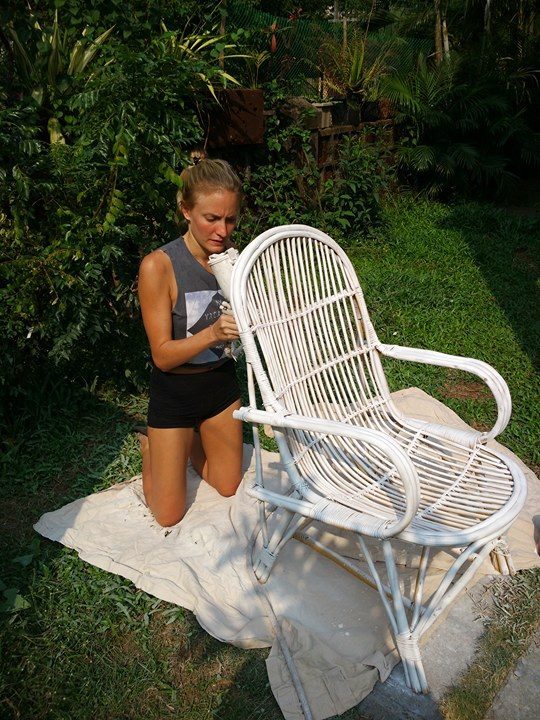 This photo was from day #1. I’ve been painting for 5 days straight now (when the power decides to stay on) and I am covered in paint. Ben has been working on the cabinets, sort of ;) As he said, he realized he should “take his time so they are really good”.

Today was day 5 of painting and the compressor stopped working. I didn’t know why and Ben was gone so I took it to the mechanic (for cars, because I dunno what else to do!) It had been leaking a tiny bit of oil over the days but I didn’t think it was a big deal since it was all oily and leaking when I borrowed it.

The mechanic was at lunch, so I took a lunch break next to his shop after working for 5 hours straight…. this was all they had. 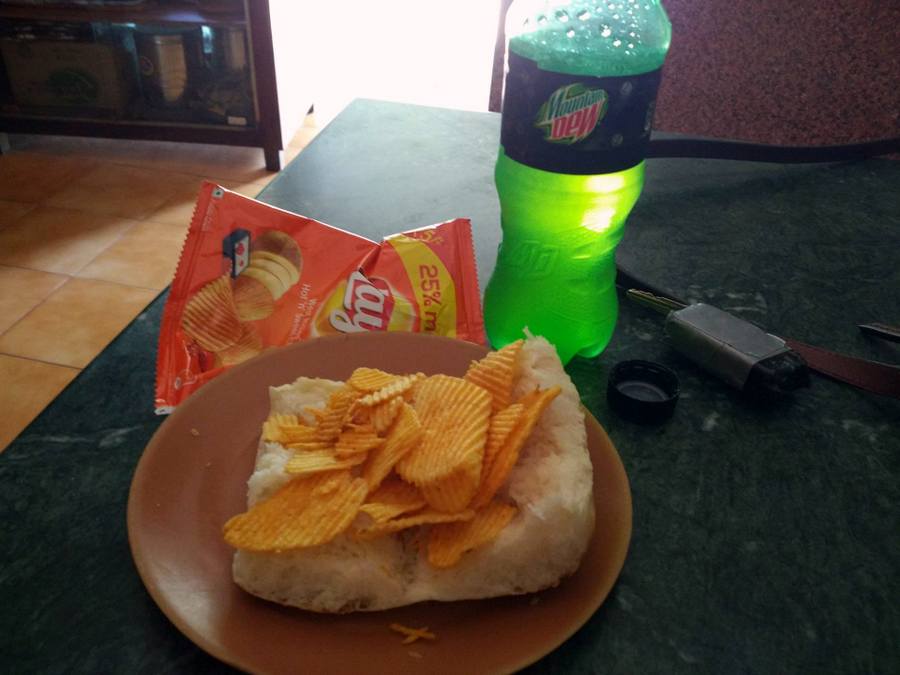 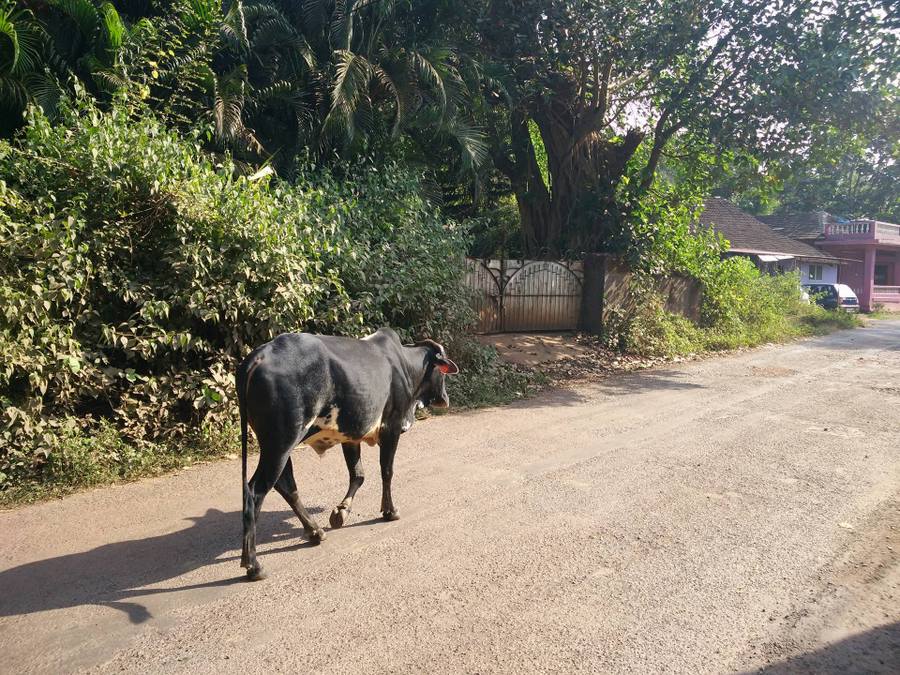 After 30 minutes he came back to say he didn’t know how to fix it.

Ha! So, I told him to just sell me some oil and I would try to sort it out at home. He emptied out a soda bottle and gave me 50 cents worth of oil. 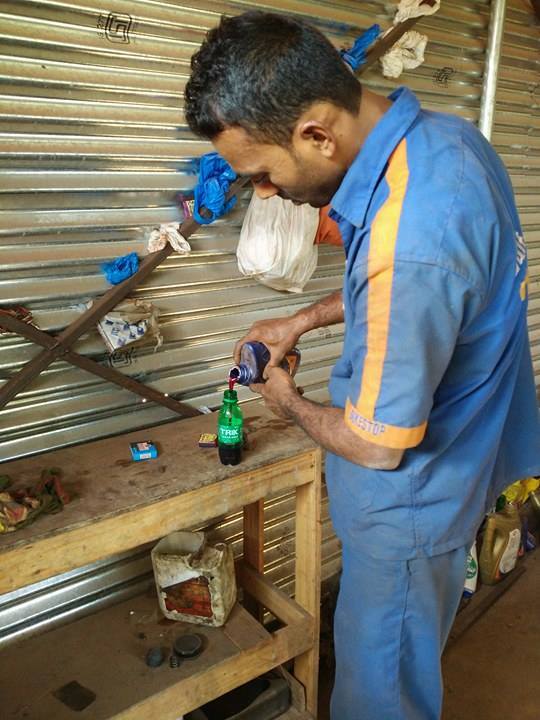 Ben told me over the phone that I should have had him just stop up the leak with “m seal” so I asked him that just before I left and he put some on.

I got home and tried to paint and it worked!

The “m seal” had a hole in it. Turns out that wasn’t the leak place for oil, but some air was coming out. I went to the store and bought more and put it on. But once I had added the new oil, it was leaking so fast from like 2 places. ARG! I have to take it to a repair shop but it’s Diwali weekend, so have to wait until Monday. So annoying! 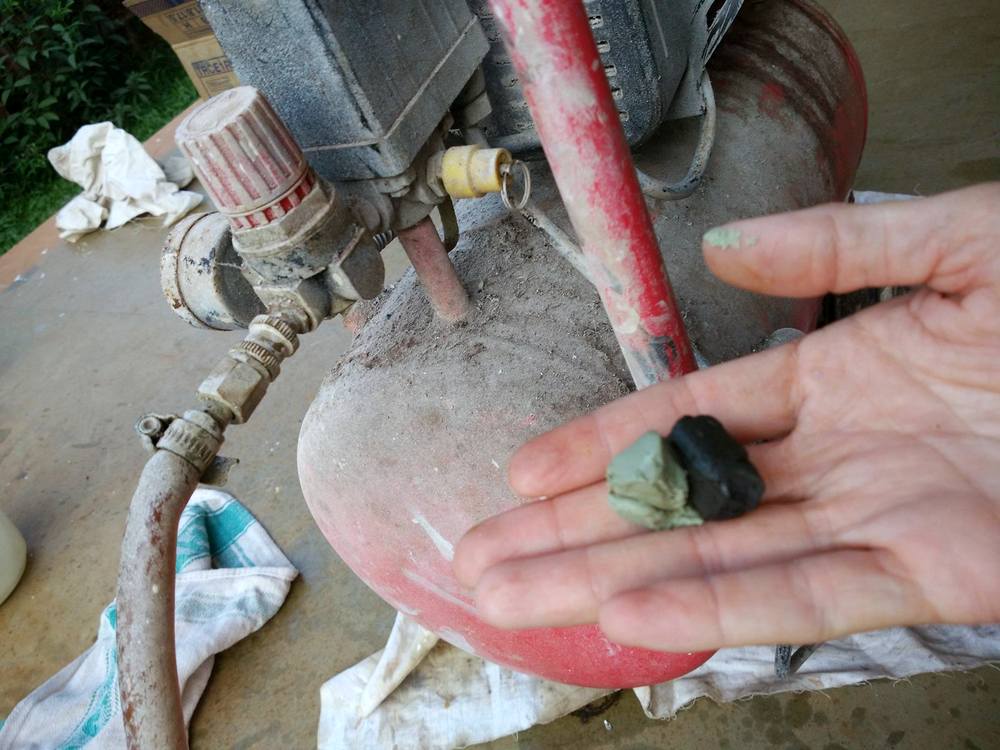 So, yeah this is my very boring week! It has been messy and horrible and hot but I did work in a bikini so got a tan.

My friend Rishab opened a restaurant and it’s really tasty – it’s called Hillbelly and it’s in Siolim. I highly recommend it! Go for the beef sandwich or buttermilk chicken sandwich. I’m sure Ben and I will be here a lot this season. Actually when he get backs in a few minutes from the airport I might see if he wants to go today! 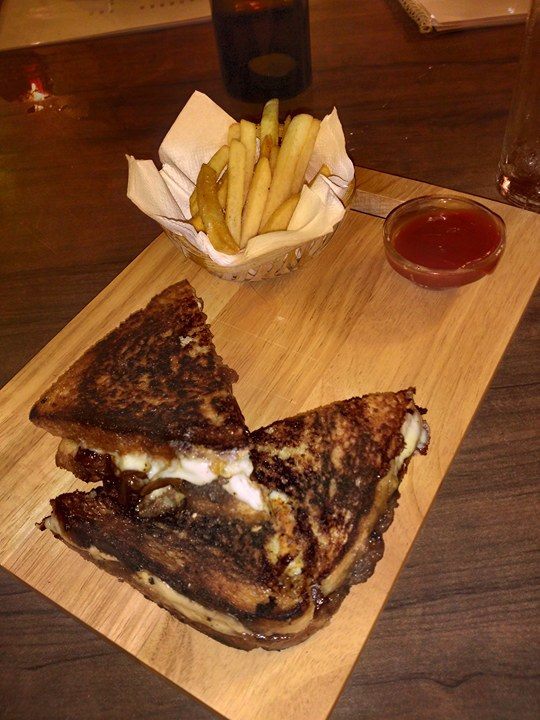 So, next week maybe I’ll show you the finished chairs or MAYBE something actually exciting will have happened to share.

I’ve thought about stopping this series since I don’t have such exciting things to say, but will try out this way of just telling you about my week and see how you guys like it.