Looking back, this story isn’t that bad but at the time, I was ready to kill someone (not literally, sort of).

So the day before leaving for Bali, Ben was in Maharashtra and things were going crazy at work (a whole other story!) so he didn’t get back until midnight. We had to be up at 4 am for our flight so needless to say we didn’t get much sleep and were off to the airport already tired.

At Goa airport, we had our Air India tickets from Goa to Chennai and Chennai to Singapore before we switched to Air Asia. I’d booked with kiwi.com who have a guarantee if you miss a connection, they’ll put you on another flight.

First. the guy in Goa was clueless, then security was annoying me (as many people seem to have never flown so they don’t understand you have to WAIT in line to put your bags on the belt & walk through the sensor. They just cut and carry their purse through the sensor and have to go back through – but WHY does no one in Indian airports do what they do abroad and have a guy standing there saying: “take off your shoes, belts, and jewelry in the baskets… etc” ANYWAY…

Our bags were Air India to Singapore so were checked onward to there. Chennai airport is a shitshow – and when you fly onward you have to pick up your luggage even though in Goa they strictly tell you that you do not and it will be in Singapore waiting for you.

Basically, Chennai was a mess and we had to go through loads of security again with our luggage.

So, we board the 11 am flight to Singapore that is just 3.5 hours and are dreaming of getting a Burger King at the airport and we start taxing down the runway – only to come to a halt.

After some time we were told the brakes had frozen and the plane was stuck (all four brakes, thank god it happened while we hadn’t taken off yet).

We sat on the plane on the runway with just 3 update announcements for….

FOUR AND A HALF HOURS!

They served us lunch. On the runway.

We missed our connection.

Finally, they say that the engineers just can’t fix the problem and to get off the plane. This would definitely be illegal in U.S where you can’t make people stay on a plane that long before take off, but anyway we got off and wandered back to the baggage claim area to see the next steps.

The 2 young girls there and 1 manager didn’t’ know what was next. They didn’t have a computer to look up other flights.

170 people were all crowded around yelling about their connections and the staff wanted us all to give our name and phone # so they could call us later and tell us if there was another flight which could be at any time. 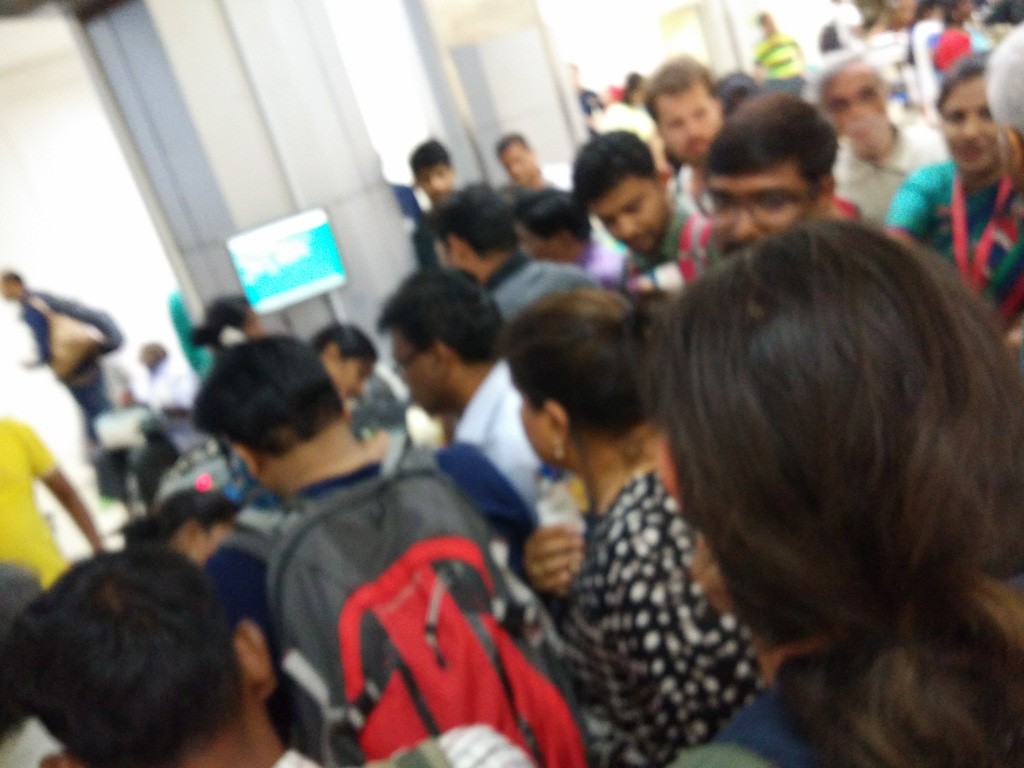 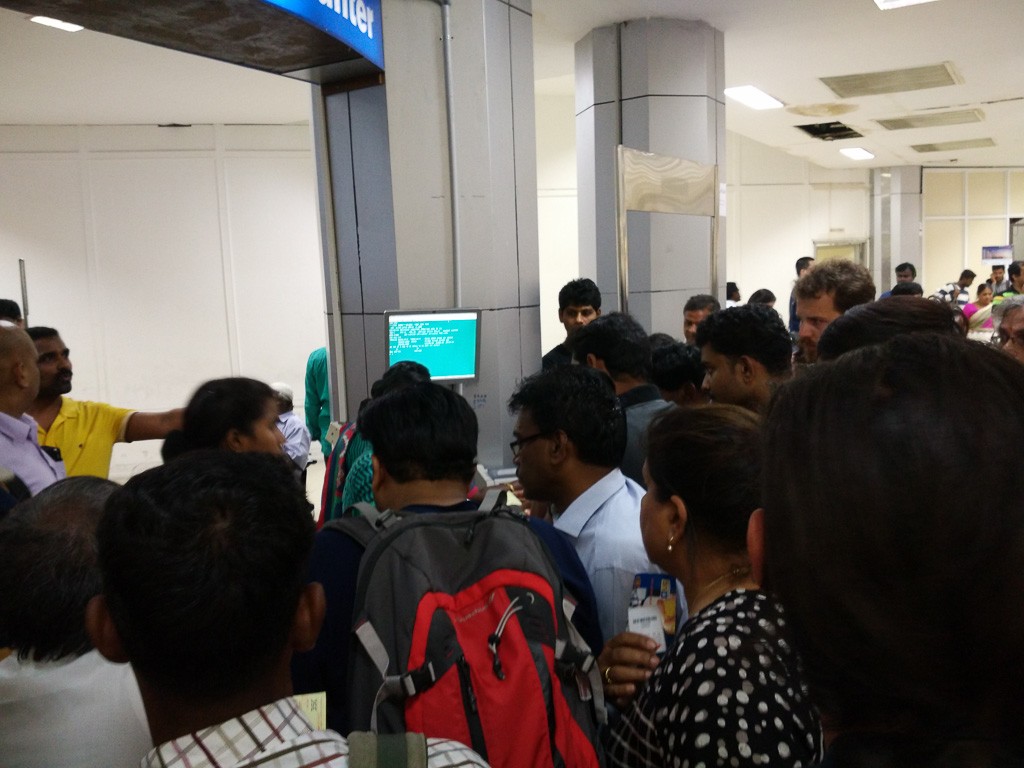 So, that took AGES because as you know in India there are no lines. People were really angry and it was actually nice to see Indian people stand up for the rights they SHOULD have with an airline but don’t because Air India gives you no rights.

They weren’t even pretending to look up when a flight could be. They were just nodding along to everyone’s complaints. Even for India, it was pretty shocking. I should have recorded it! I really thought with this many people all trying to talk at once and crowding them, there is no way we will ever sort this mess out.

At one point Ben realized he left his boarding pass on the plane. He told the manager as they might need it later and the manager looks at Ben point blank and says “how can you be so careless?”

So, that didn’t go over well and I thought about stepping in, but let Ben get his rage out.

I am actually laughing now thinking about it.

They told us to go hotels and there were just taxi guys promising that they were with Air India and to get in their cab. So we did and passed about 100 hotels as we drove 1 hour away from the airport to our hotel. It was around 6 pm.

We were exhausted but couldn’t sleep because we didn’t know when our flight could be.

So, we tried to call the Air India office at the airport which no one answered a few time. Around 9 pm I called the main office in Mumbai and said please update us on this…. They replied with:

“We have strict confirmation that flight took off and landed in Singapore hours ago. It’s in the system”.

I then got told off for using profanity, as one does when they realize Air India literally doesn’t know anything.

No, WAIT! I was on the flight, you have my number there – tell me what is the news?

So, the passengers that were at our hotel all gathered for shuttles back and the flight was at 3 am (so we sat in crappy Chennai airport for hours when we could have slept at the hotel). 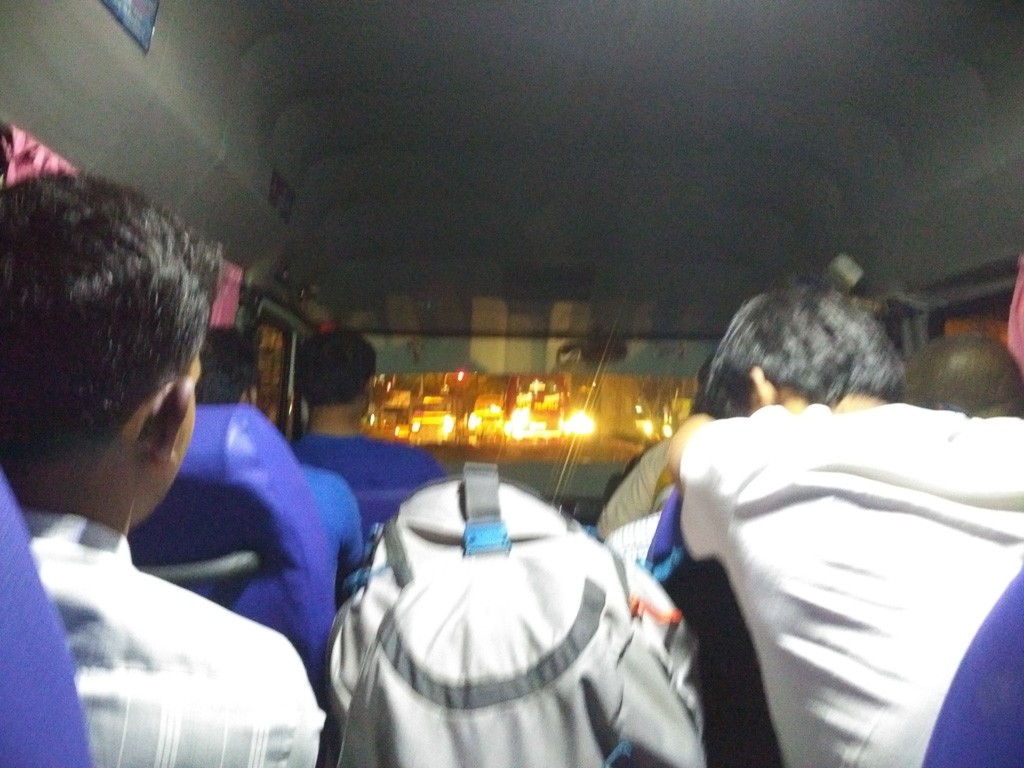 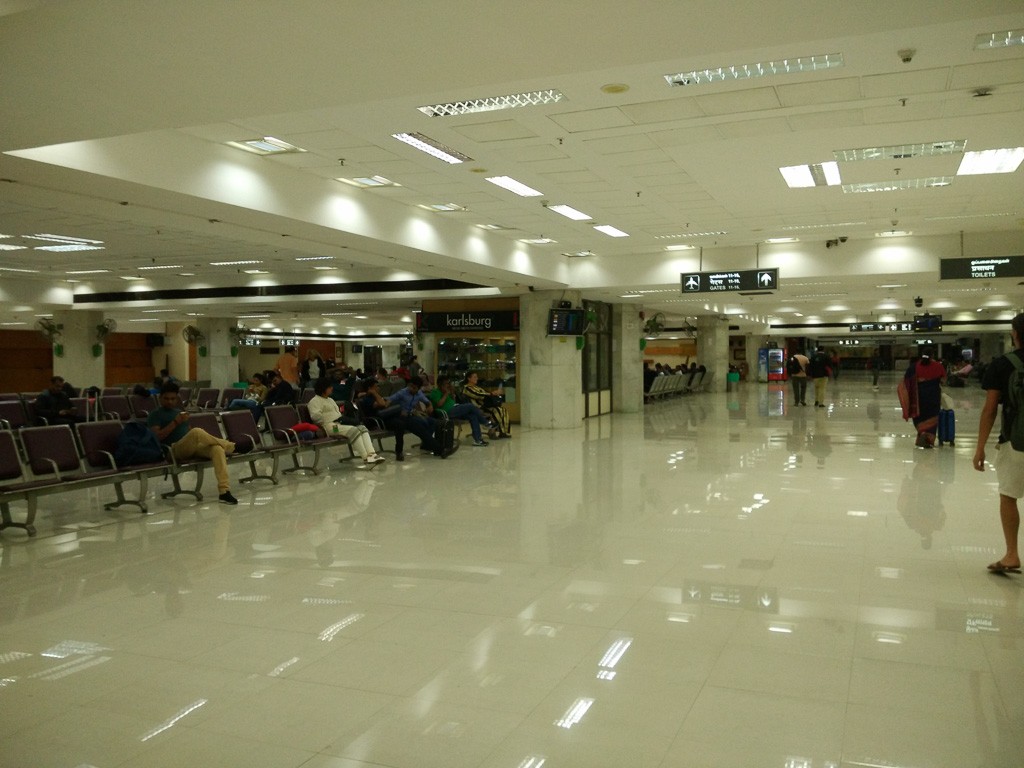 The flight was, of course, delayed.

We called Kiwi.com who were the BEST and honored their promise and got us on later flights from Singapore. So instead of a 13-hour journey, it was about 48.

Flight cancellations happen to everyone, but I am telling you, ones in India are worse lol.

When we got to Singapore, we had 9 hours to kill and had missed two nights of sleep, so checked into the Aerotel Transit Hotel in Changi Airport that you can book for 6-hour increments. There is a pool! We slept the whole time though and felt so much better after. I wish all airports had this, especially in India. Then we enjoyed the Plaza Premium Lounge and had some snacks and drinks in quiet before our flight. I love airport lounges in Asia. So affordable! 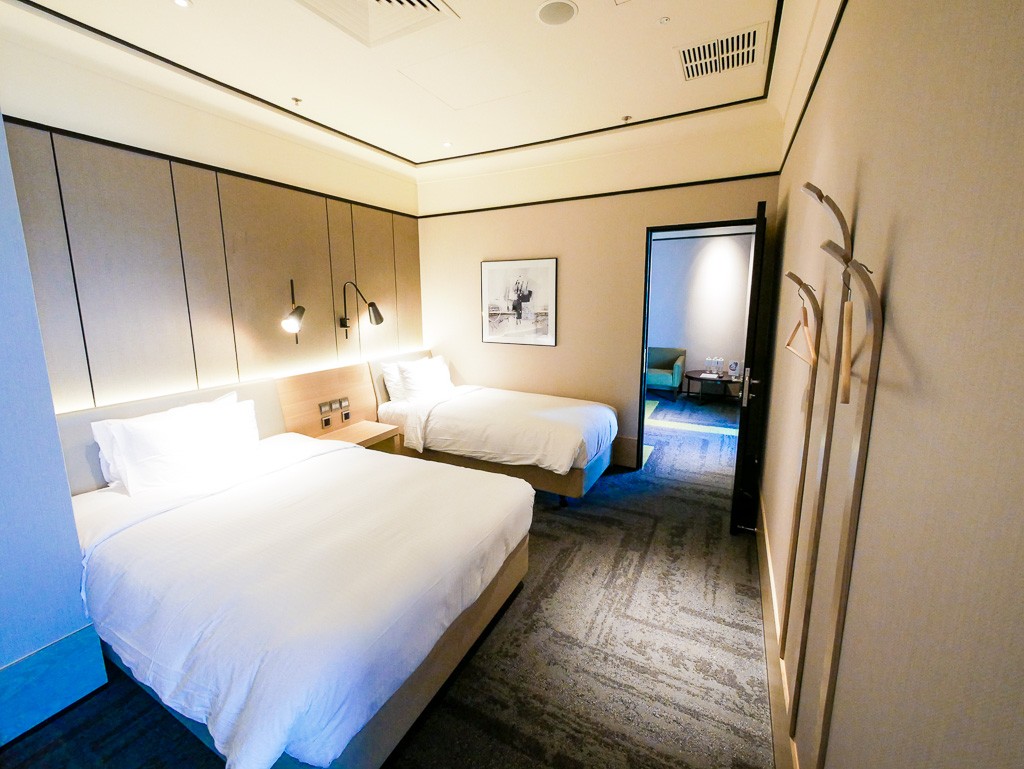 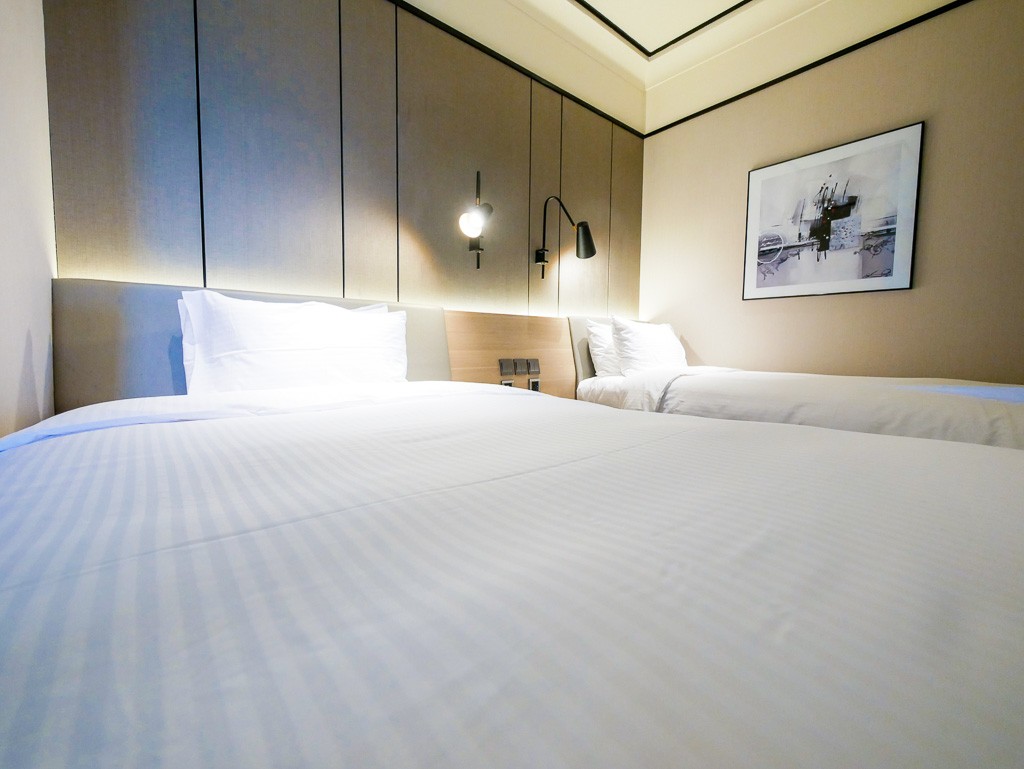 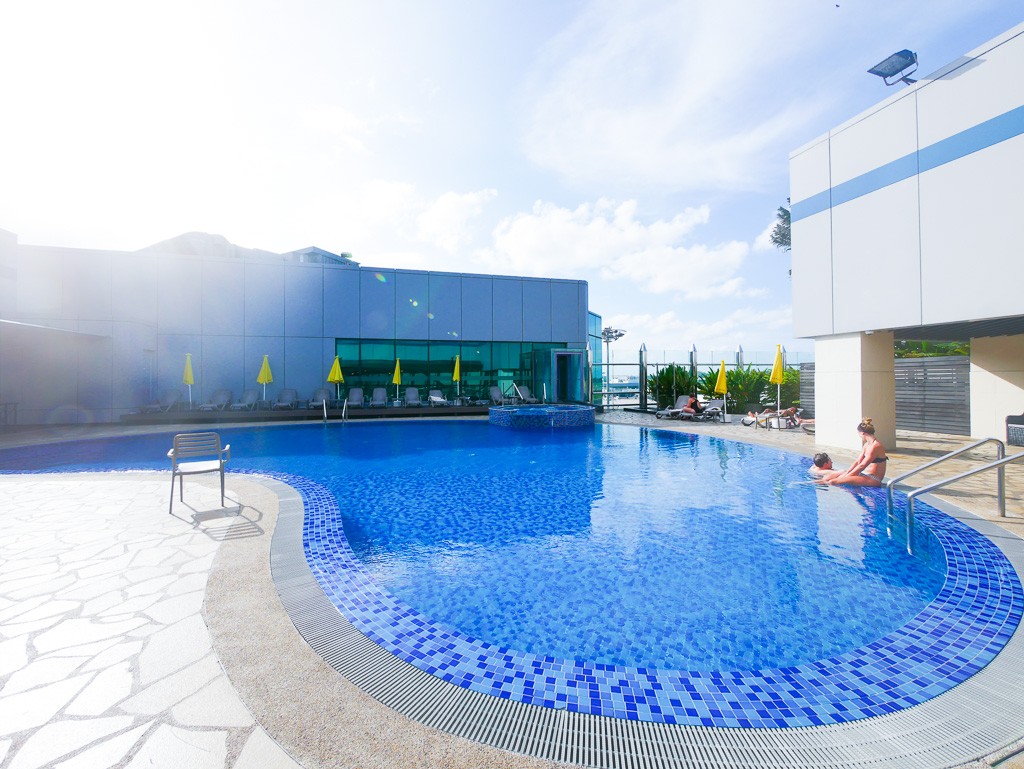 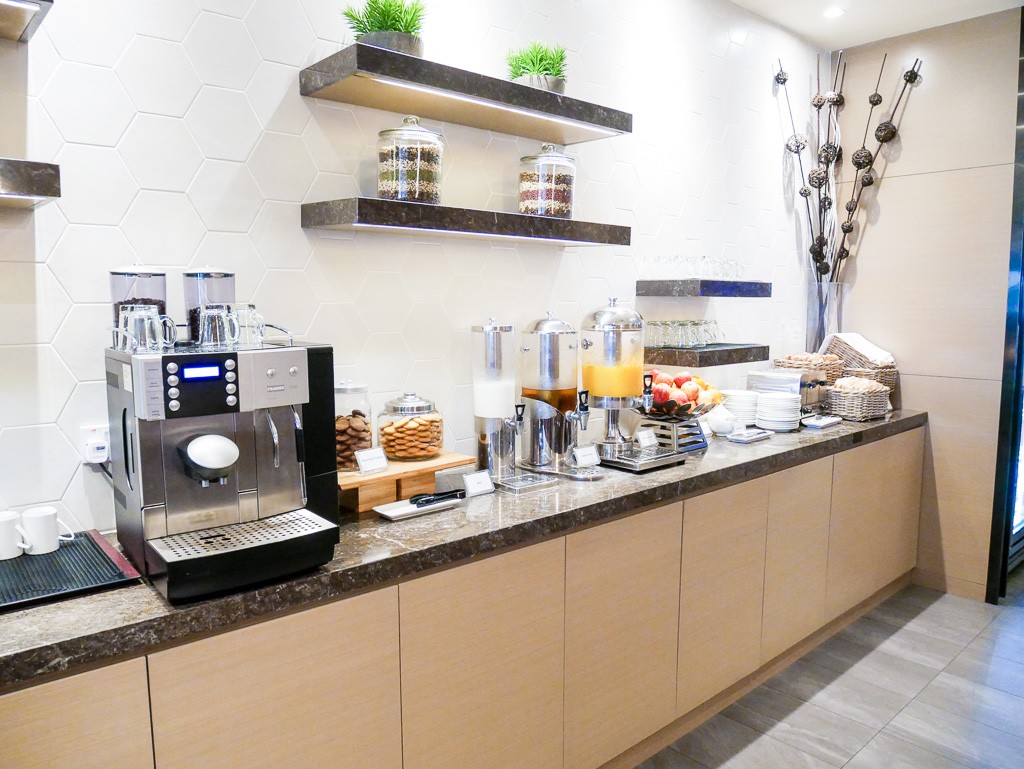 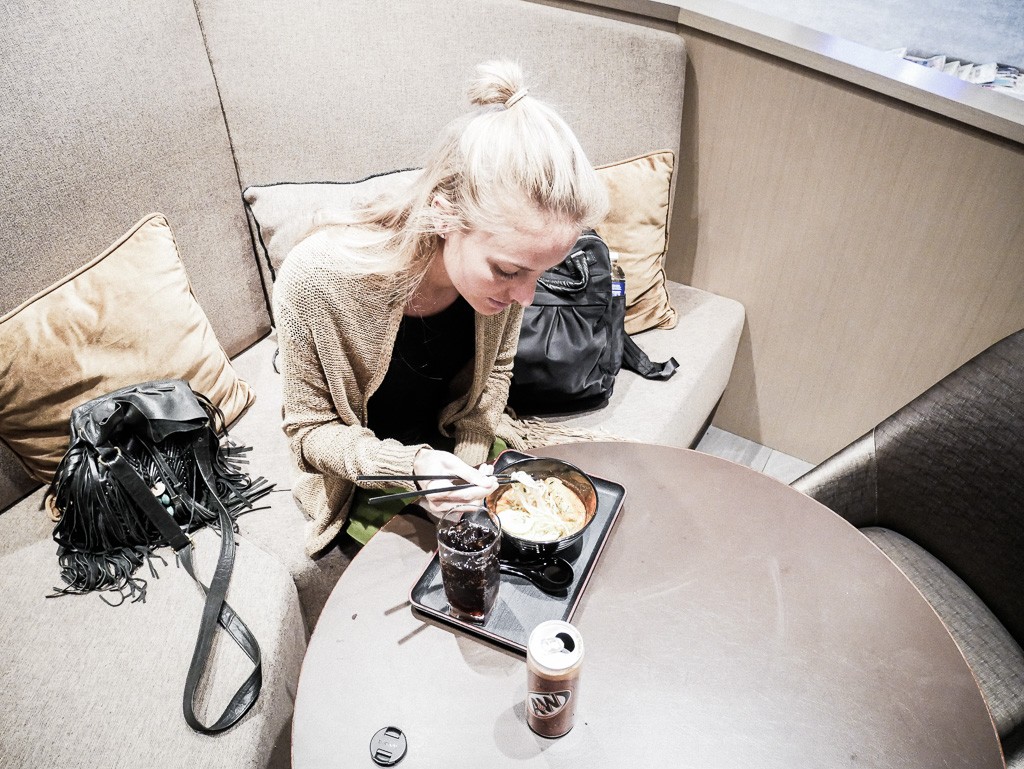 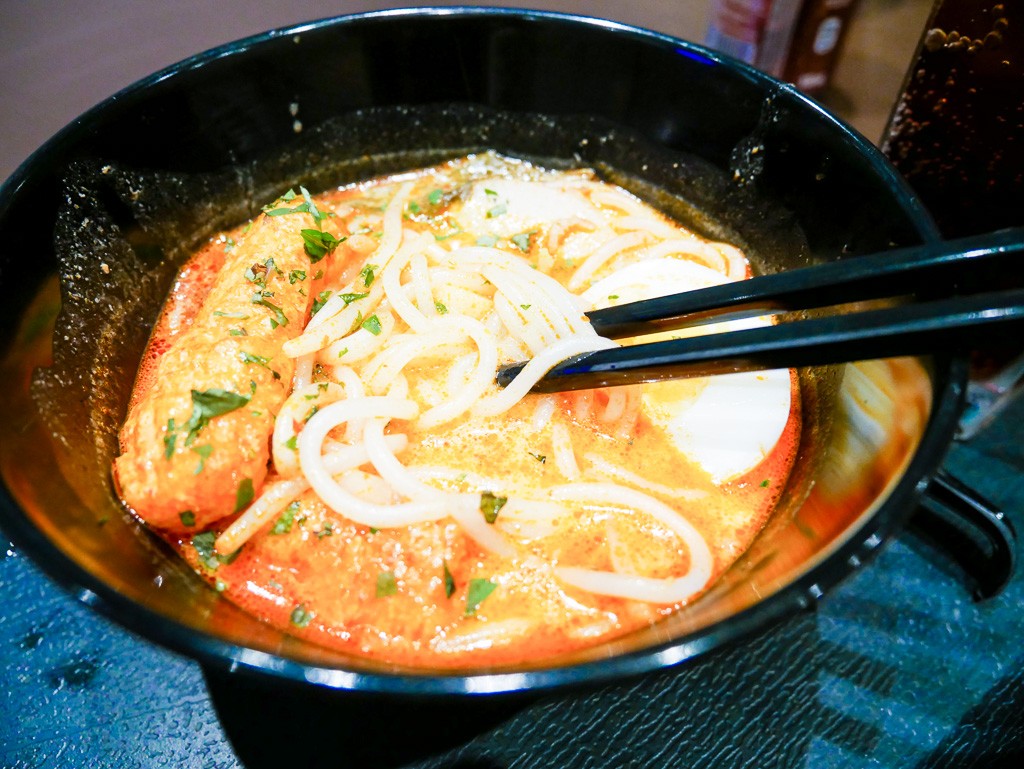