My last trip to the grocery store I decided to take some pictures and kind of show the differences in prices for what I pay for some things here and what we would pay in the USA. Also, the images will just show you what it looks like inside the store. This is Delfino’s in Porvorim and it’s one of the newer, nicest grocery stores in Goa.

This time of year though, the veg is not very nice! Check out the tomato selection: 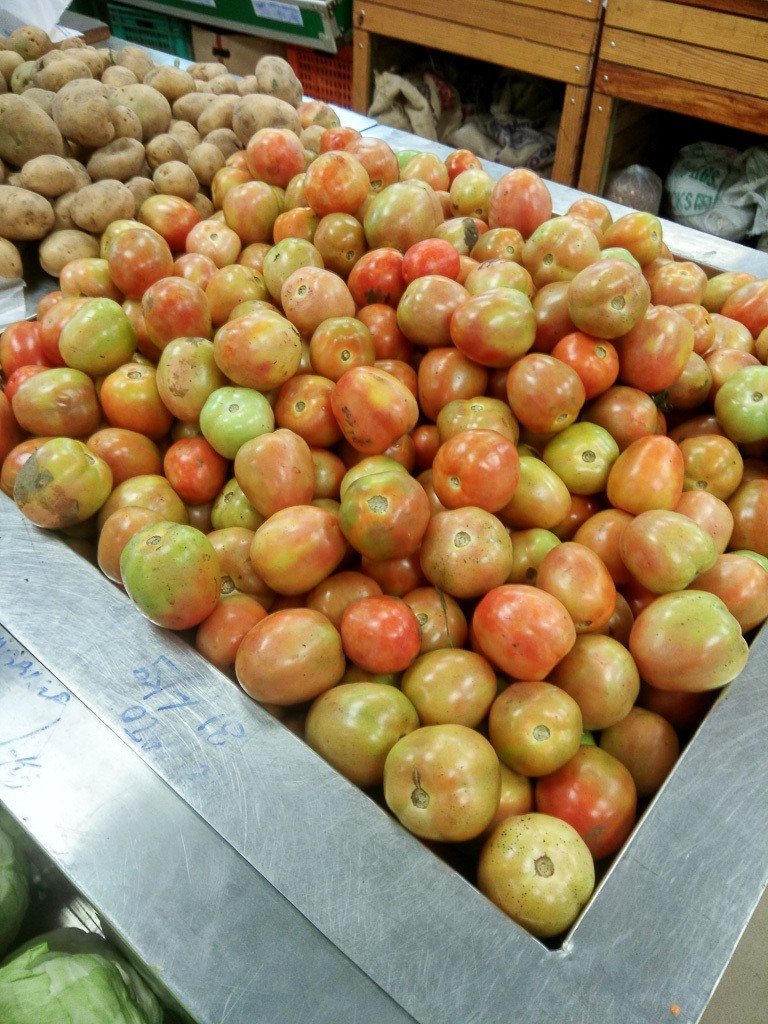 This next image is of the grains and such you can buy by the kilo. 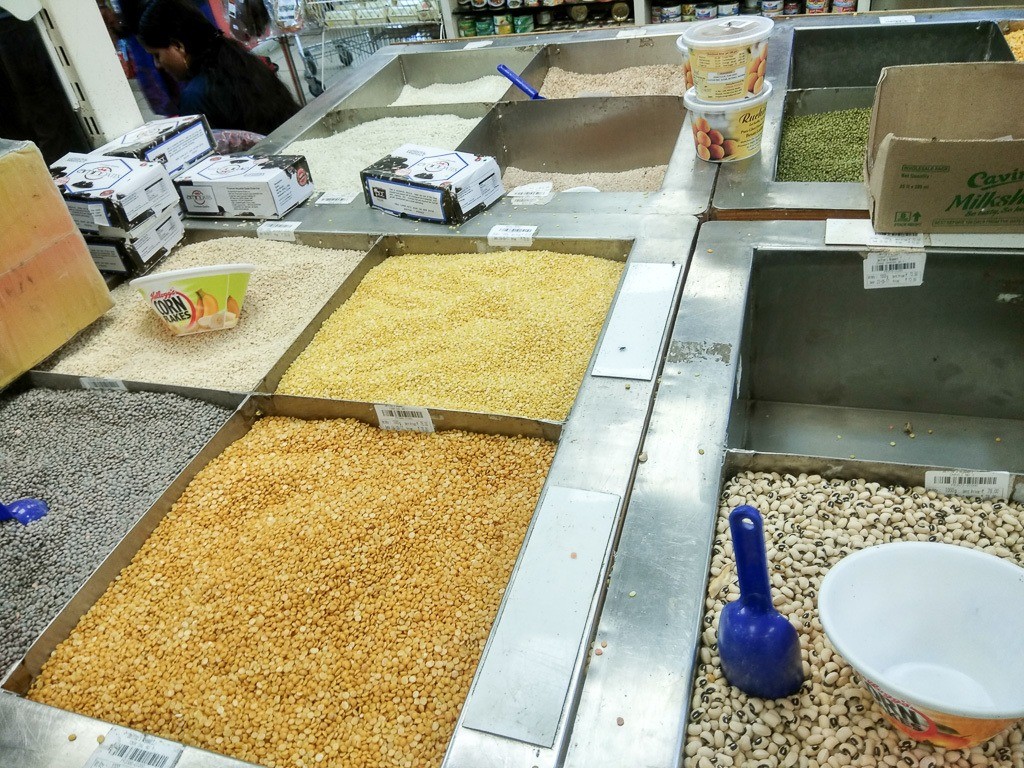 There is a dairy section and most of it is local but some are imported brands like Danone but you won’t find that everywhere. Something imported like Philadelphia is available at the big supermarkets for around $10 a block. Imported cheddar cheese is about the same price. 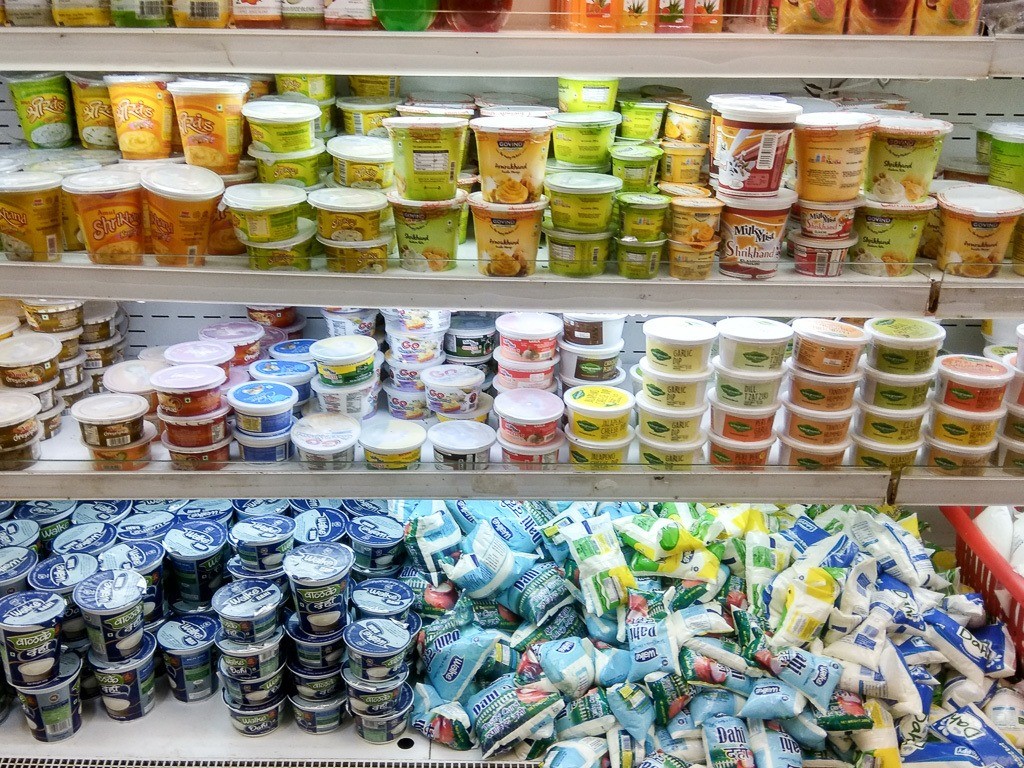 While you can get the tomato and most veg from the boxes as pictured above, this image is from the refrigerated organic section. You can get herbs as well as fresh local milk. 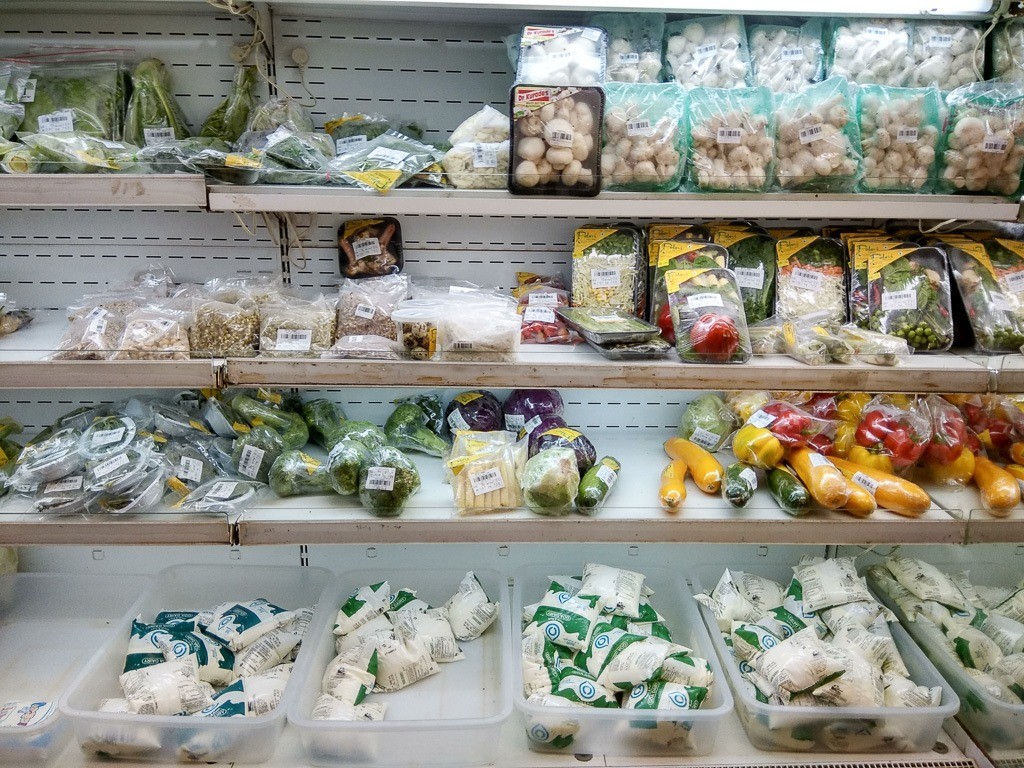 I don’t drink the fresh milk, though – I think because I just feel like I don’t know if it’s clean? I drink the boxed milk seen below which has a shelf life of 180 days but only 2 once you open it. 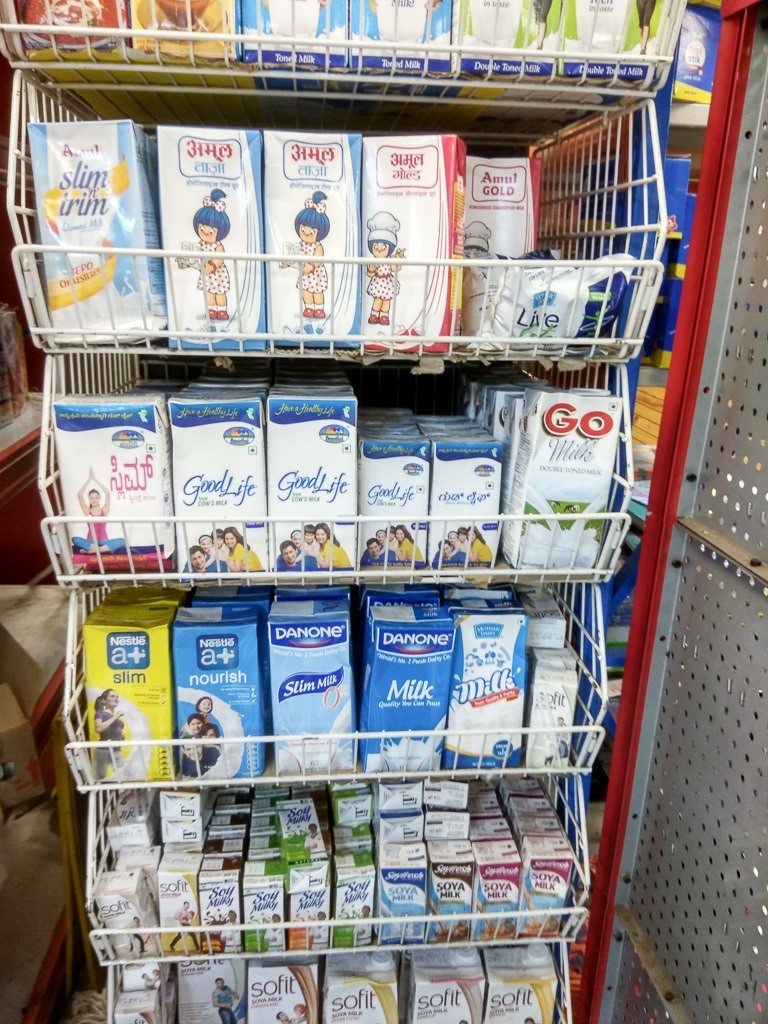 I needed sour cream for a recipe, but man, it’s nothing like a dollop of Daisy! It’s very much like curd or raita and has a very strong taste. It’s not great for toppings but it’s okay if you have to cook with it. 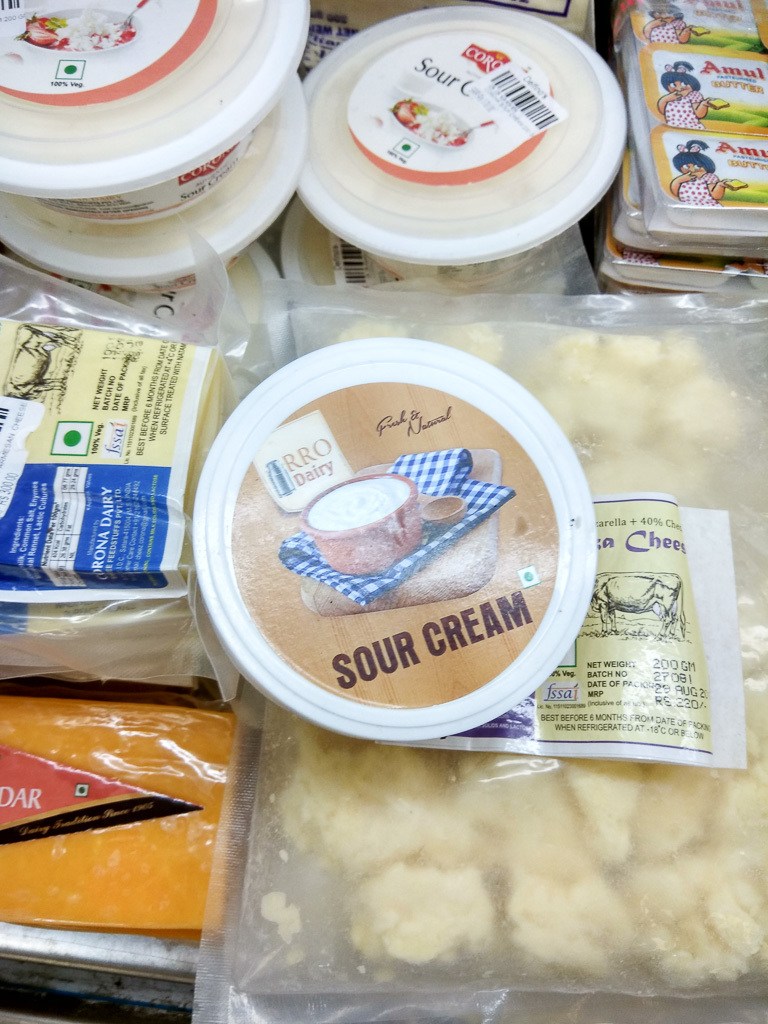 There are the basic same dry goods, too like pasta, rice, etc. The imported pasta is really expensive like everything imported. 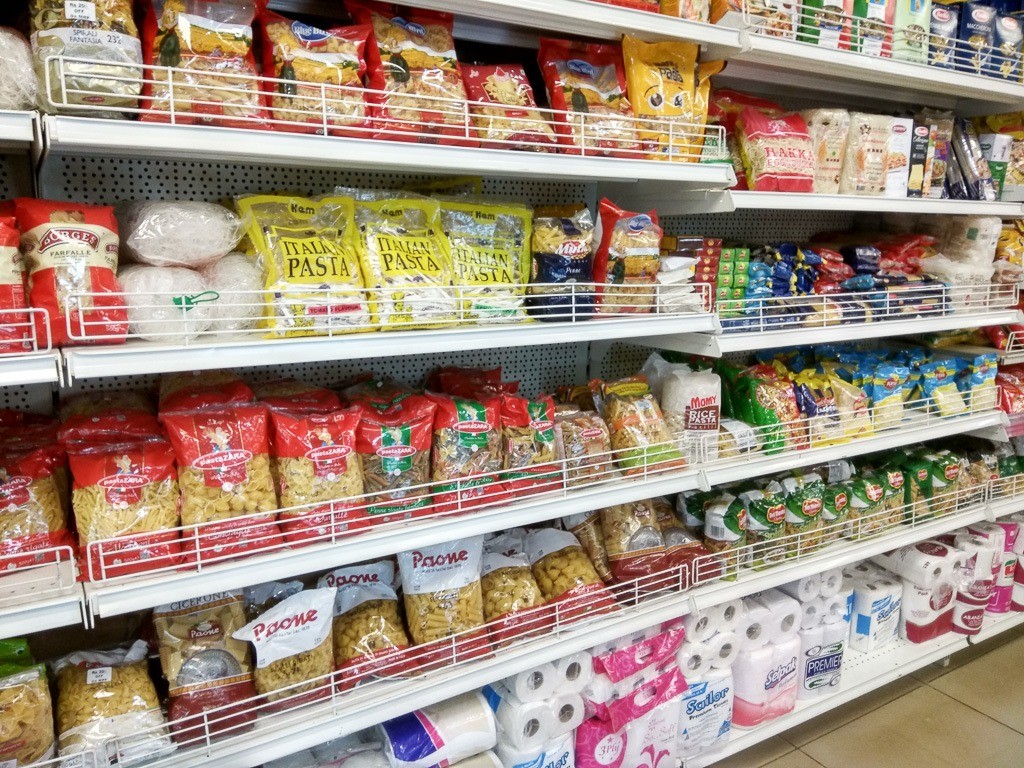 Something like this bag of Hershey kisses will be imported but sometimes outdated and priced at 775 Rs. which is $11.82 USD. 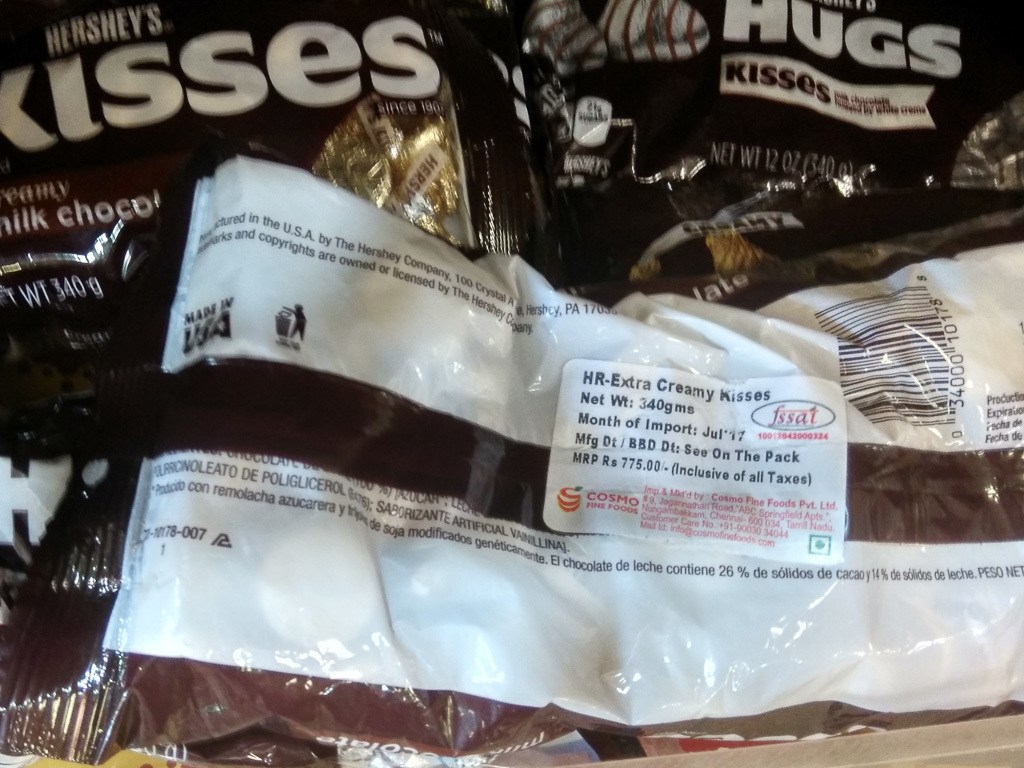 This shopping trip was only for necessities and ended up being about $30 for the stuff we bought. I’ll break down how much stuff costs! 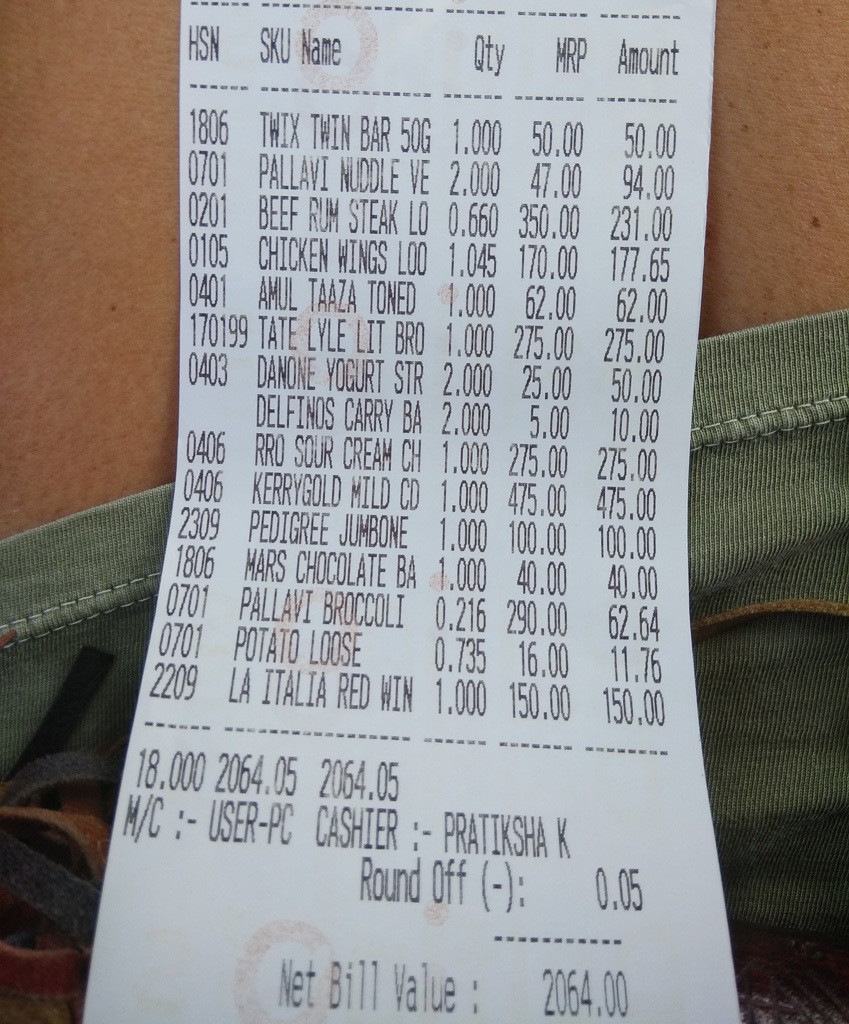 I won’t list it all, but you can see that some stuff is really cheap, like the meat but the cheese and sour cream is a lot. Other things that are REALLY expensive are paper products and plastic like cling wrap, plastic sandwich bags, toilet paper, and paper towels. Cleaning products as well like 409 which is nearly $10.

While veg and meat is cheap here and you could avoid imported things, if you want quality cheese and such, you’ll end up splurging on this stuff. In the end, it balances out, as this was just a trip for two dinners but in general, we spend around $100/week on groceries here including all our cleaning supplies and dog food/treats. I don’t think the USA would be too much different as when I lived in Charlotte, I only spent about $50 on myself per week (I ate pretty much only frozen food but still).