This is just a quick little story today! I was driving back from Ashwem beach to my house, which is about a 30-minute drive. As I left Ashwem there was an old man by a round-about trying to hitchhike, which is actually really common here. Ben and I pick up hitchhikers but typically it’s old ladies who are headed to the shop or for me, it’s little girls who beg in Anjuna and I take them to a new place (they are happy to go wherever I’m going).

Goa’s actually a really safe place and although it’s pretty irresponsible to tell you guys to hitchhike here, it probably would be fine. Taxis are expensive here because they don’t use the meter thanks to the “taxi mafia”.

Local buses are okay, but not always on top, so locals help each other out by giving them lifts where they need to go.

But, the reason I wanted to share about this is that I feel like only in India would the hitchhikers act like they do – entitled! lol

Basically, I have given people lifts a lot and never ever had someone say thank you. They always act like I’m a taxi driver. Now, at first, I thought this was because I literally drove a taxi (above) but me being a white girl is a pretty clear sign I’m not actually a taxi driver. Plus, the rates are written in the car with white paint on the glove compartment but no one offered to pay, lol, so they know I’m not! Joking aside, they just hop in and don’t say a WORD most of the time.

But this time it was different. I was driving the other car, the Bolero (white jeep in the image below). 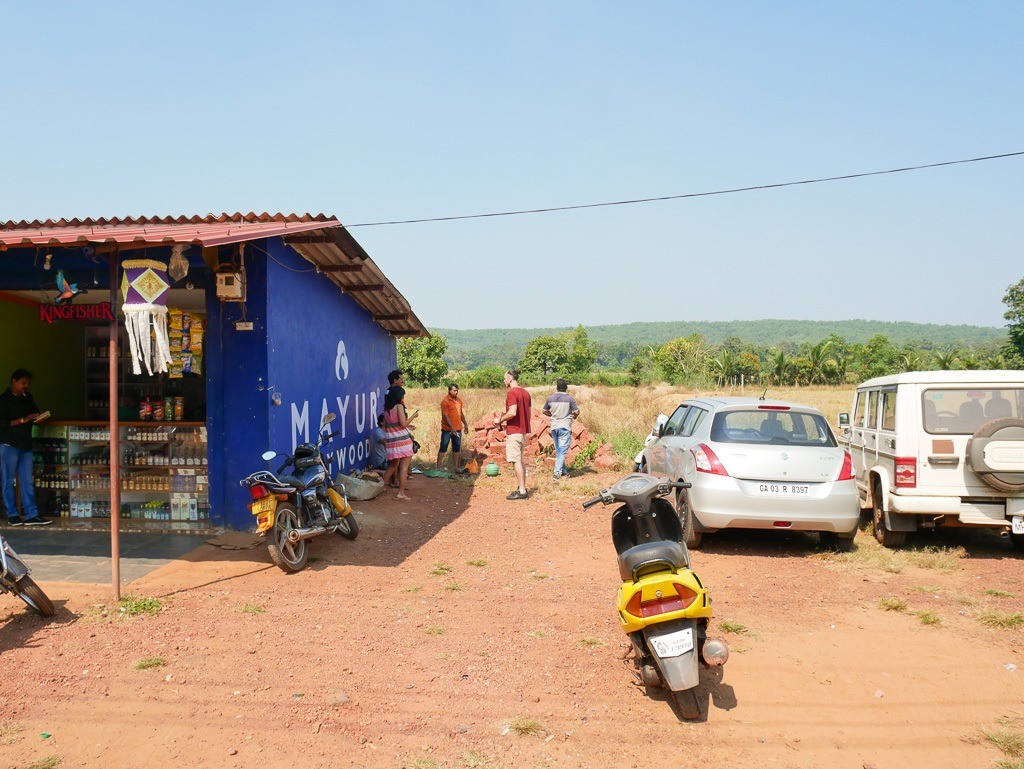 The old guy was maybe 70? He was pretty frail looking and I watched everyone turn him down so felt bad and pulled over. There was a fair bit of traffic so he ran to the car and hopped in. I wasn’t even in second gear pulling back onto the road when he said “It’s too much AC. Off.”

I’m literally holding in laughs because it’s just SO INDIAN to say something. Americans would say “omg, thank you soooo much” and would not complain about something. Indians, in general, are known to be a little demanding, so anyway I’m sort of laughing but turn it down and tell him to close his vents.

So I’m jamming out to Sam Smith’s new album and within two minutes he’s like: “the music is too much”. So, I turn it down.

Then he’s asking me what I do, and telling me that foreigners have ruined Goa and now there is traffic because of us. I was in a good mood so I’m just going along with it but felt like sharing this story because it’s just really such an Indian thing, in my opinion, to be so outspoken and say exactly what you think/feel even bluntly.

When I’m in a taxi in Goa and they are blasting trance music or I’ve paid for A/C but they won’t turn it on (trying to save money), I’m still too polite to ask them to change something. I feel bad because they are driving me – even though I’m paying them.

So, anyway, the way this car ride went wasn’t unusual at all and is just something too Indian that I had to share! I took him all the way to Assagao and then he said: “can you take me to Mapusa”. I’m like, no, get out! lol. That’s another 10 minutes there and 10 minutes back.

Actually, every time I pick up ladies from Assagao to Mapusa, and I get to the parking area, they are like “take me to ____” and treat me like a real taxi! It’s a hoot, you should try it!