I love dogs… a lot. One of the hardest things about living in India is seeing stray dogs on the road. I’ve had two dogs since I lived here and both have died from terrible illnesses. I have a third one now ( a beach dog from Kochi) and a kitten. I have seen so many terrible things in Goa- whether it’s a car hitting a dog and driving away, or injured dogs on the side of the road, limping down the street, or with serious traumas.

Luckily in Assagao and the rest of North Goa, you can call International Animal Rescue to come get any dog that is hurt. A lot of people don’t want to call because then you have to stay with the animal until they come, and it seems people sadly don’t want to bother.

I know you’re thinking that’s unrealistic, but I see at least 3 injured dogs a week and cannot even imagine how many strays there are. In Panjim, the WAGS NGO told me that they neutered 25,000 strays over monsoon in North Goa, and I could be wrong but I think their goal was 75,000.

FYI get ready for cute doggie photos from my travels! 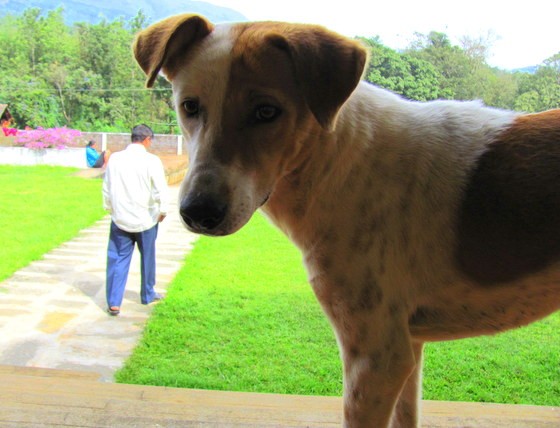 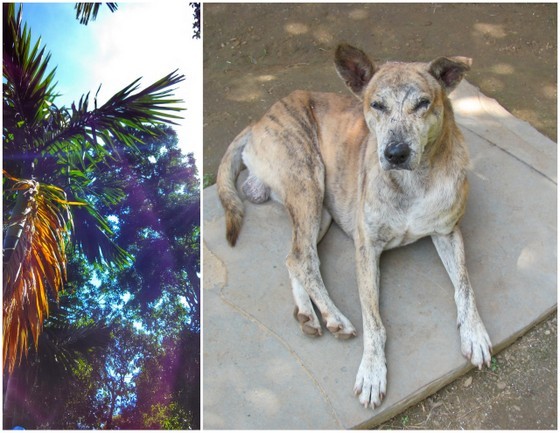 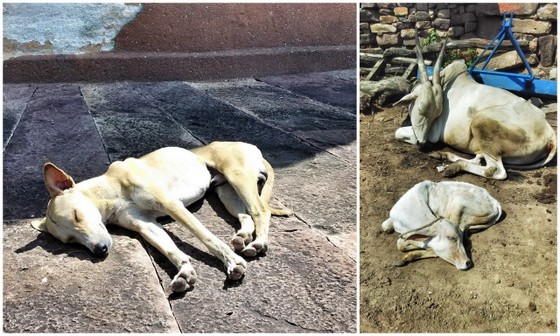 My village is pretty cozy and all the dogs have owners who feed them. Three called whitey, brownie, and blackie (renamed by Ben: Snowy, Elvis, and Question Mark) come in the house and lay in the A/C while my kitten glares at them. I would let any dog in our house because I’m weird like that.

So while in Gokarna at a guest house, when a stray came running to my room when I was opening the door, I figured why not let him in? As I was unlocking the door, I looked down and saw it…. a hole full of maggots in his head. It was about 3 inches wide and 1.5 inches deep, which was massive on this dog.

My instinct was to not let him in, in the off chance he had some injury that would affect his brain and make him bite me (I was mid way through my month of rabies shots from Huckleberry’s death). I tried to shut the door, but he pushed through.

He plopped down in the corner and just looked at me with sad hurt eyes.

I let him cool down under the fan and offered him water. He didn’t drink it… which I know from Huck’s rabies that one symptom is phobia of water. I wanted to sleep and didn’t feel okay sleeping with him locked in the room, so tried to get him to leave.

He was so sad, and wouldn’t get up. I had to lock my door so I didn’t get robbed but couldn’t imagine sleeping with the dog in the room in case it was rabid, so I had no choice but to go to the reception and ask them to tell the dog to get out. I was afraid to touch him and push him out. I made them promise that they wouldn’t hit the dog and that they’d offer it some food.

The second they got to the room the dog was terrified and ran away. In Karnataka I didn’t see many NGO’s helping the animals. I thought later that dog may have the head injury from the guesthouse employees hitting him- which sounds horrible but is actually a real possibility. 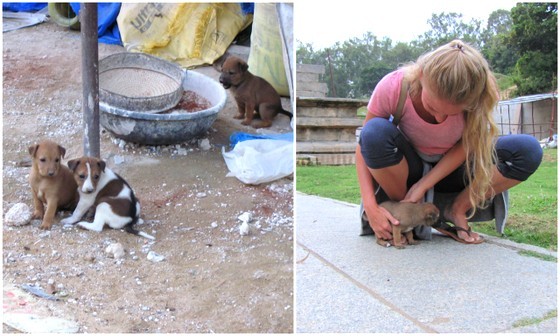 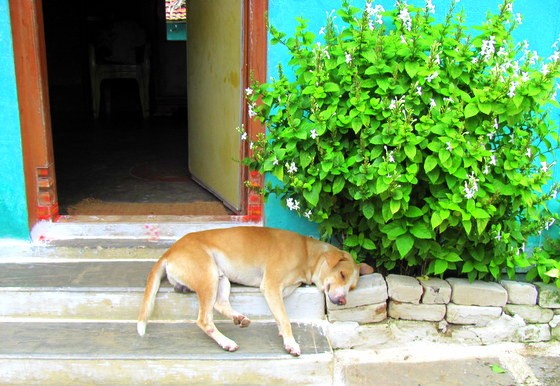 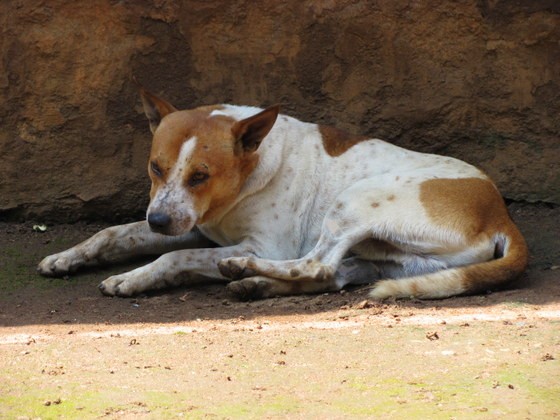 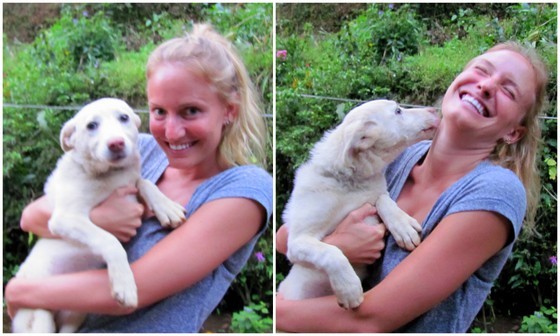 I’m a huge fan of dogs and actually when we first got Shanti I put a post on Facebook saying “look at what Ben brought home from the beach, tell him to take it back!” which was half joke, half serious because we’ve had so many strays around and two have died. People commented how mean I was blah blah – and all I can say is get a life! If you haven’t been to India you can’t imagine the dog situation here and really to tell me I don’t care about them is preposterous.

Sadly, I see kids in India hit and beat dogs. I see grown men kick them. People hit them on their scooters and ride off cursing the dog for being in their way. There are PSA commercials sometimes and articles online about how children need to learn not to be cruel to animals.

Honestly, in my mind a child who hurts an animal (unless it’s hunting in order to eat and feed your family) is on his or her way to being a sociopath. It’s just unimaginable to me to think of kicking a dog!

I hope that dog got help, but I had no Wi-Fi to look up who to call and I never saw the dog again.

Anyone else notice this in India or other countries (the cruelty to animals)? I can understand not having the means to feed and care for a dog, but hurting one is on another level. Am I imagining it or have I just seen the worst moments? I don’t think so. I have seen far too many instances to think it’s a coincidence, and rather I think it’s a cultural thing here. Would love to hear your thoughts on this!