Ben was leaving for Ratnagiri… again (booo ratnagiri!!) and had a taxi waiting outside to take him to the train station. I was in the house working really hard and he called in to say the guys had found a snake. I was like ermm, where is it? He said it’s in a plastic bag. They had once put one in a plastic bottle which was weird to look at, but I thought okay plastic bag is probably better. 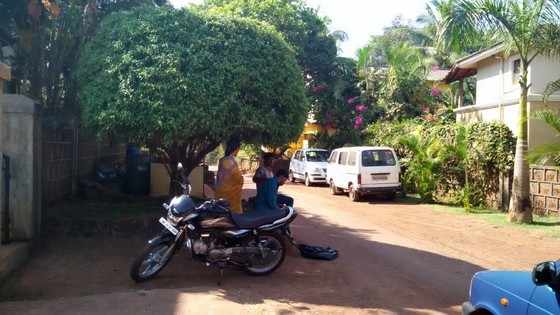 This is outside my house, the bag is on the ground there- black trash bag- and everyone is standing around it so I thought it was closed. Nope, it was open! 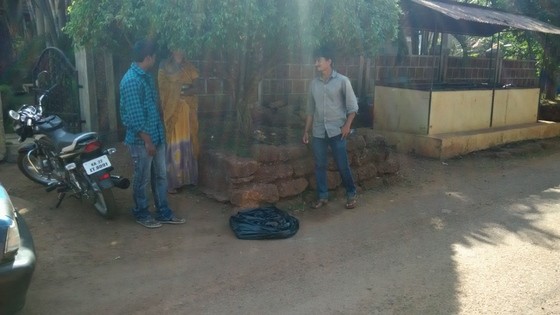 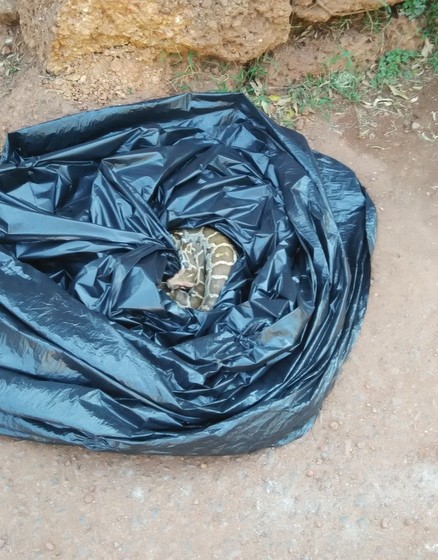 He was just chilling, and the people were just chillin’, and so it went for the rest of the afternoon. They were planning on releasing it into the jungle, which is what you are supposed to do if you find a pythong or cobra where you live. Which by the way, we have found PLENTY!

I was thinking, okay guys you better get rid of this little killer before the sun goes down. At one point Omni jumped our wall to go fight a dog, and I was so worried the snake would get him!

They did get rid of it in the end. It’s funny though- we live around cobras, pythons, scorpions, and more… yet I never really think about it unless I see one and even then I don’t get worried. I used to have such a fear of snakes that when I saw one even on TV I couldn’t look. Now, this is life, hahah