Having the security guard tell me, in the pope’s elevator, that the pope was on holiday in the Alps might not have happened if I hadn’t offered a bribe. Seems wrong considering I was in Vatican City, but it was completely unintentional… and totally worth it. 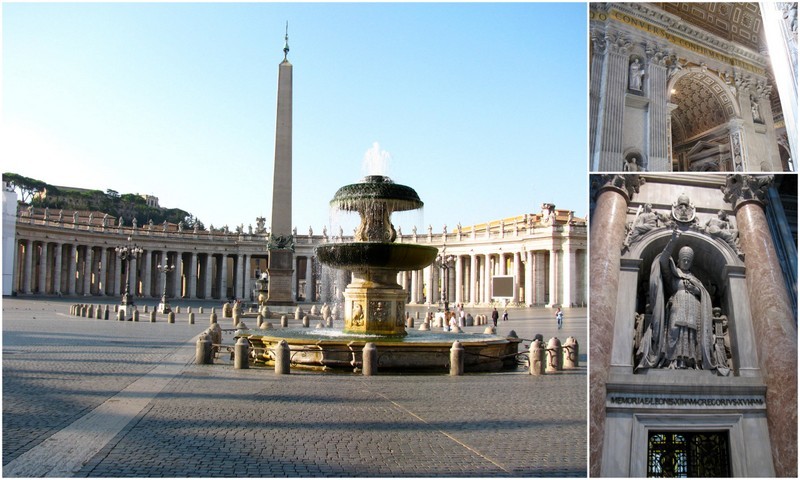 My time in Rome started out innocently enough, getting a tour through Rome and learning all about their ancient days. I was feeling very well rounded, smart, and like I was behaving just as a tourist should. The free walking tour we took was full of stories about the Roman’s week long parties where they ate so much, they stuck a feather down their throats and puked it back up. The party could continue! We snuck around the ruins, past the signs saying do not enter (this is very bad, I know…) 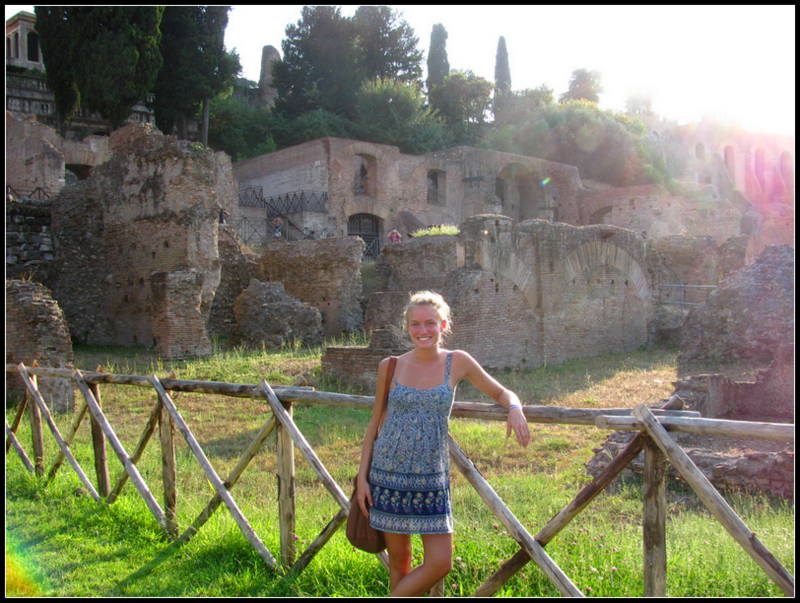 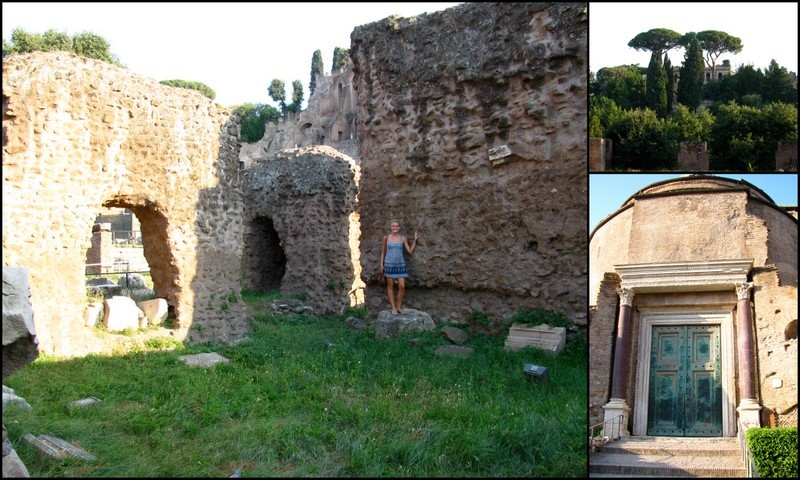 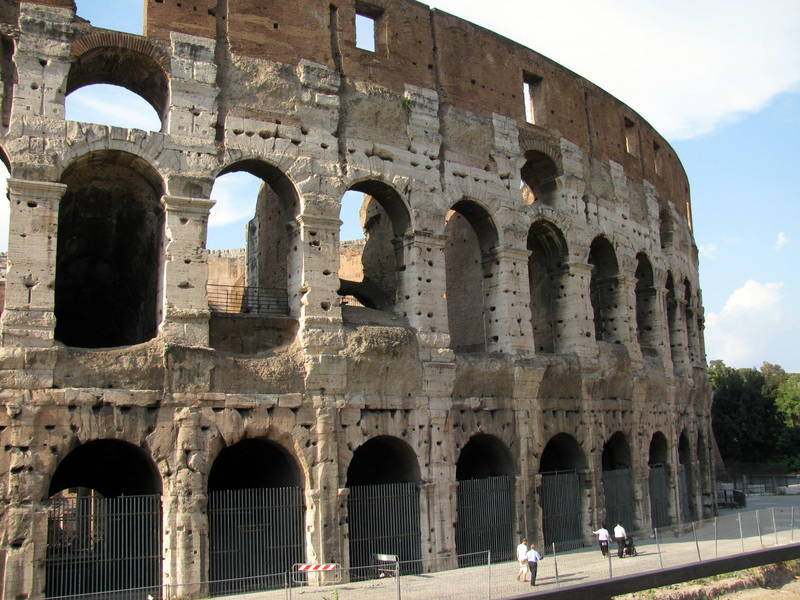 Rome was stressful because Amanda and I were lost most of the time, and because our campground put a random German man in our bungalow (each one fits 3), and he was not fond of clothing or showering. We had plans to leave on a 1 o clock in the afternoon on the train. So in the morning we got up at 7 went to Vatican City and were some of the first in line to go up the Basilica of Saint Peter, just to be told we couldn’t bring our backpacks in. Rookie mistake.  We hung our heads and went back to the train station to lock them up. Upon returning, the line was so long we’d never make it and get back to catch our train. 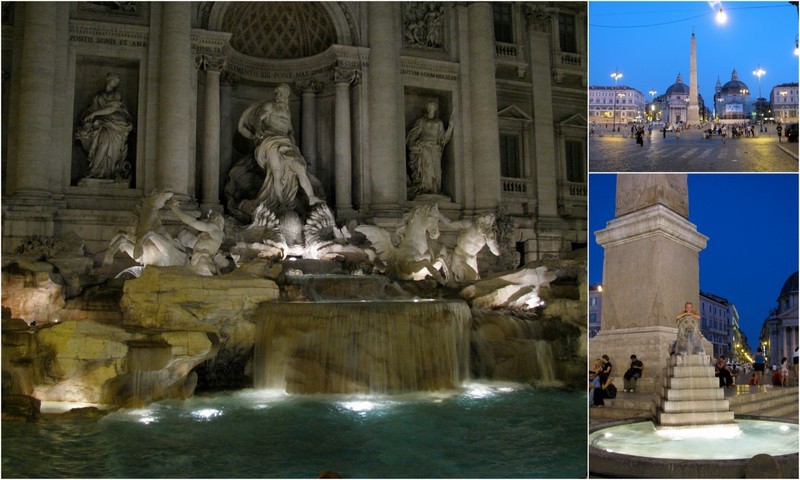 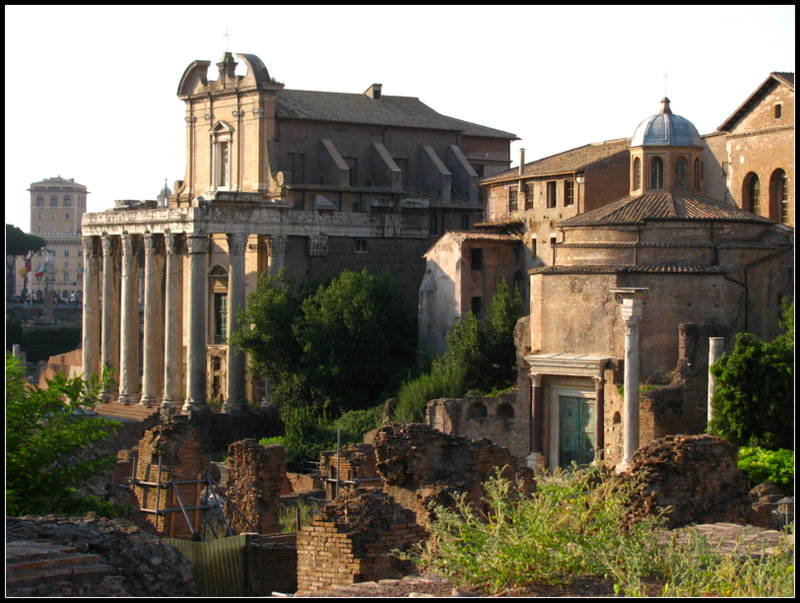 I walked up to beg the security man to let us cut everyone; I offered a bribe of 5 Euros. Normally, I wouldn’t think to ask something like this- especially not at the Vatican, but because of our mistake, I was feeling pretty desperate to actually get in. Who knows if I”ll be in Rome again! Not surprisingly, he declined saying absolutely not; it was completely unfair to the people waiting in line. He was annoyed I’d even asked. I thought yeah, he’s right I shouldn’t have asked. Maybe he just changed his mind because he felt bad, but he called out, “Come back, I’ll sneak you in” as we walked away. Nice! 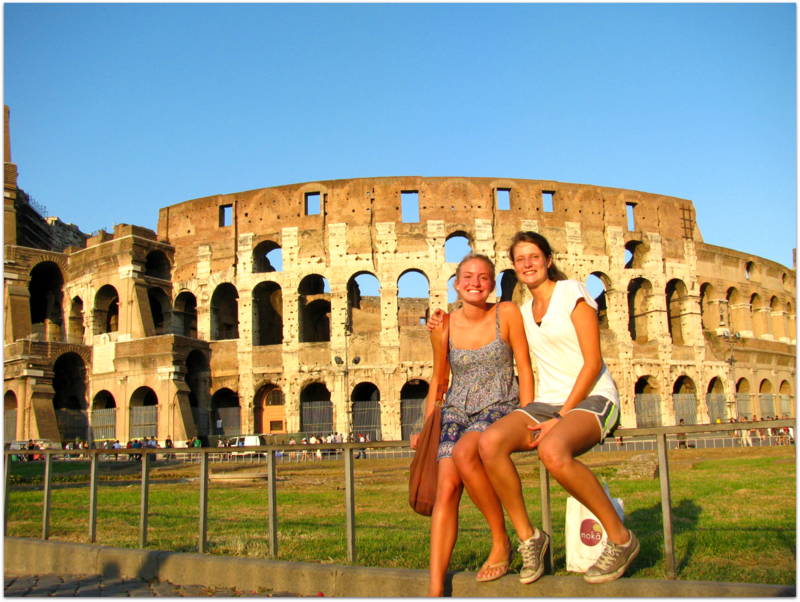 We went through a side door so no one saw us cut, and to our amazement he walked right past a red rope of the church lifting it up for us to come in and we went into the back of the cathedral. He hit up on the elevator, and we asked, as if we knew the man, “so what’s the pope been up to?” That’s when we found out where he likes to holiday. When the elevator stopped, we were shooed into the stairwell that winded the rest of the way to the tippy top of the basilica. 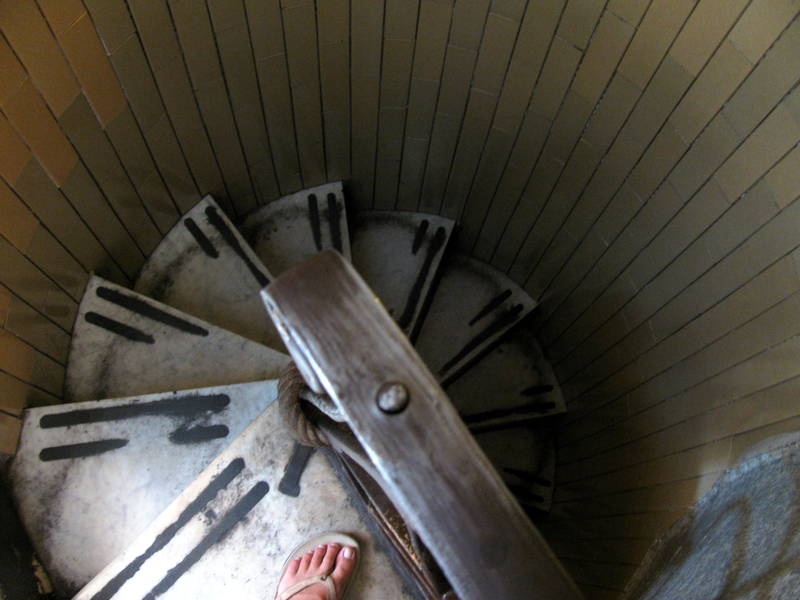 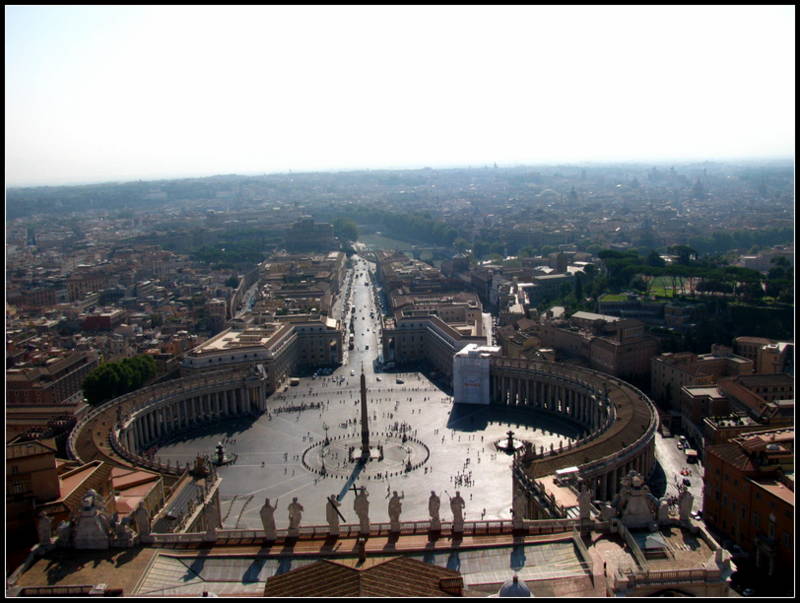 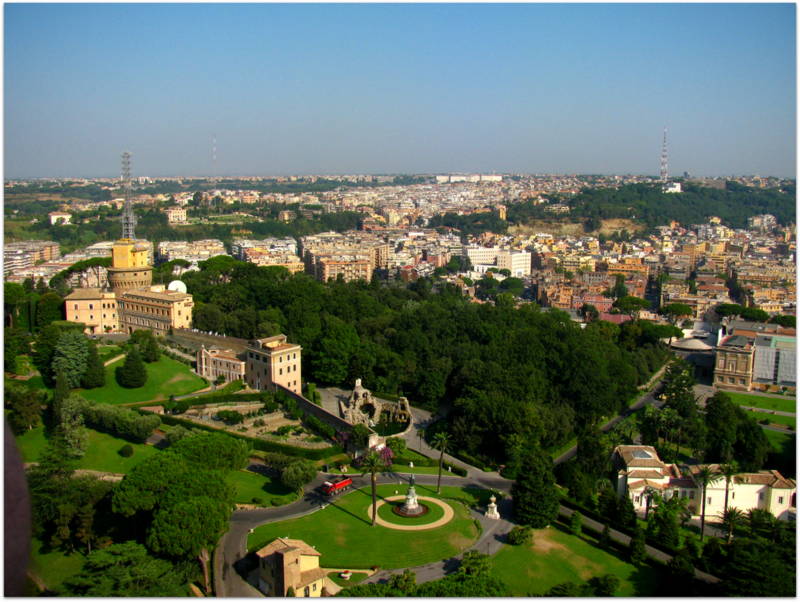 I love when lucky things like this happen. I was nervous to ask to cut, because it’s wrong, we had been the ones to mess up by poor planning, and most likely I’m told no. In this case, it worked out, and that goes to show it never hurts to ask. I think sometimes when you travel, the world is happy you want to see it- so it will give a little when you need it to. We ended up not even paying the original fee to gain entrance. We made it in time for our train, and sent a message for him to tell the pope we said Hi!

Have you ever taken a chance or made a bribe to get something you desperately wanted? Tell me about it!