Tokyo, as one of the most populated cities in the world, has a lot of impressions and stereotypes attached to it. As a city girl myself, I had assumed that Tokyo would be much like Hong Kong, London, and Singapore. However, there are certain things that I found out on the ground that surprises me. Whether it was the small thing like how their rubbish is organized or the traffic rules, things were different here and I’m giving you Tokyo travel tips to help you with your trip here.

1. People are so polite, but not all are 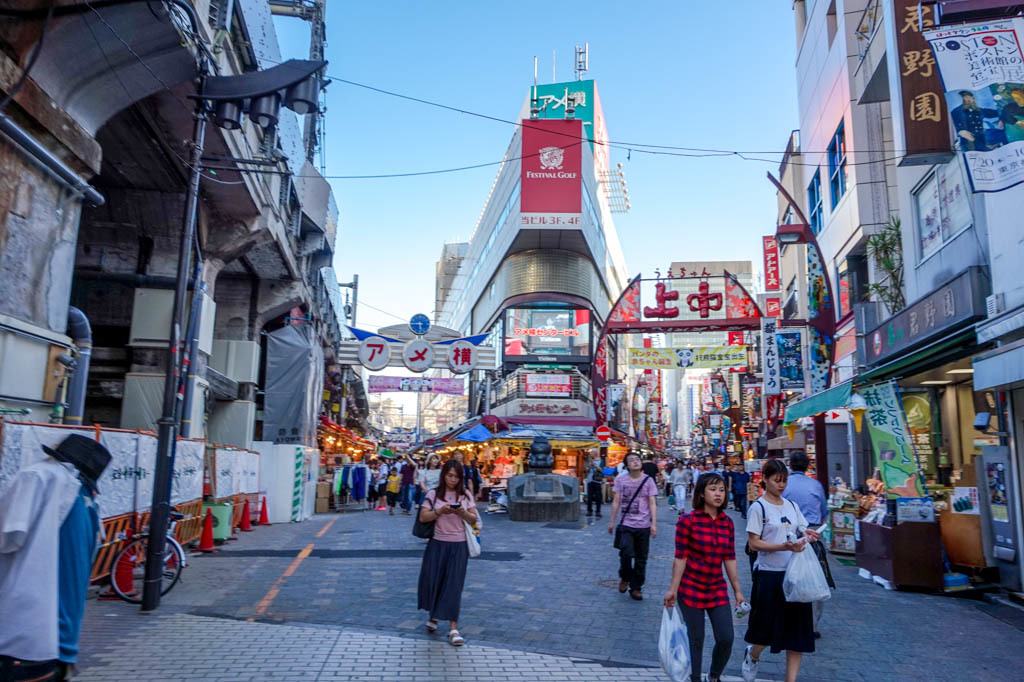 Like everywhere on the planet: there are nice and not-so-nice people

Japanese people are known to be friendly, and a lot of them do live up to their stereotype. I remember when I dropped my sunglasses and the guy in front of me stopped to check if it was his fault!

But this isn’t always the case. Like everywhere in the world, there are less polite people, especially in a big city. I had gotten a few rude bristle past and slight shoves, too. But that’s to be expected.

2. Free for all cycling 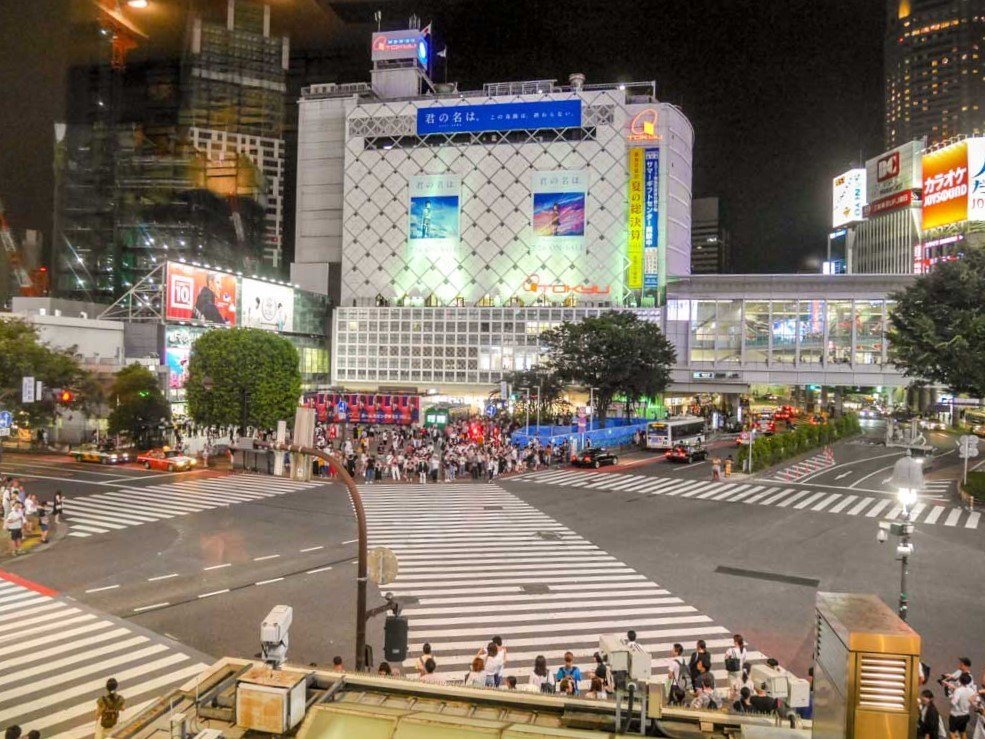 While the traffic rules for cars are perfect, it’s less so when it comes to bicycles

With cities like Berlin and Amsterdam having a comprehensive cycling system, it surprised me when cyclists crawl all over the pavements and roads in Tokyo. It seems to be a free-for-all situation. Electric bikes and bikes with baskets are common, too, so you need to be vigilant and dodge out of the way.

3. Single tickets only valid from the stop you buy from 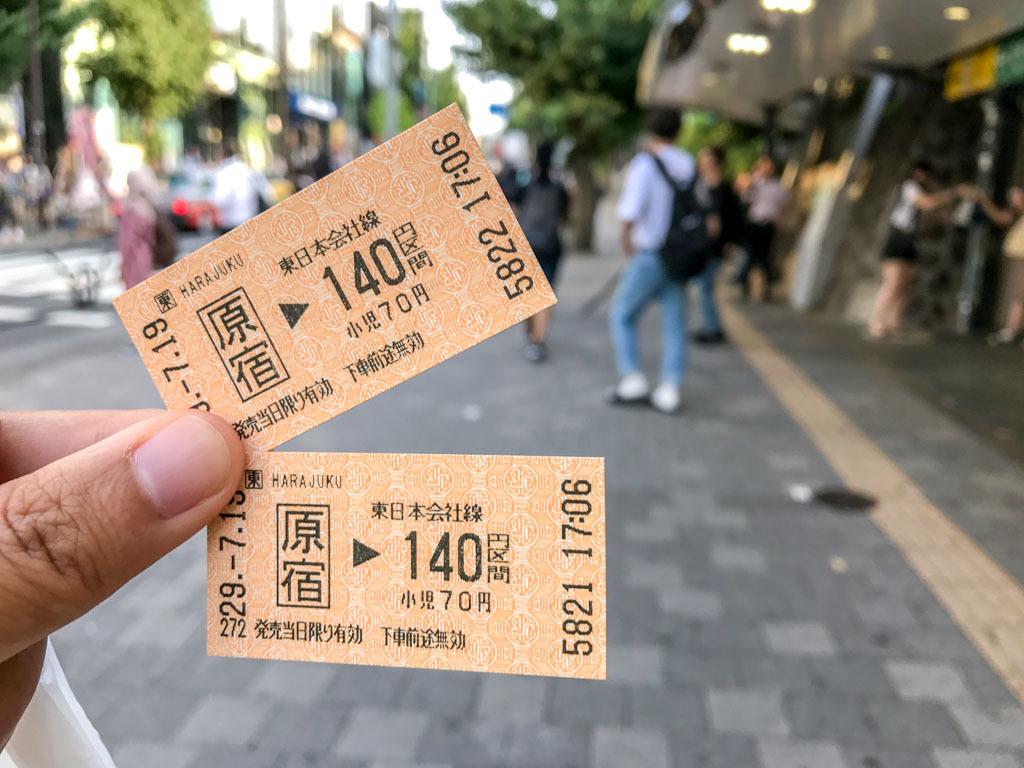 I ended up keeping these as souvenirs…

The metro systems in Tokyo, though efficient, has a different single ticket system compare to others in the world. We had purchased two single tickets from Harajuku, only to realize that you can only use the ticket purchased at a station from that station. And you would preferably need to know how far you need to go, too. But you can add or get the price back if you end up not traveling for the full fare through the manned exit counters or a machine. You can read more about how to get around Tokyo as well as a 7-day itinerary here.

Tokyo is a place where a rubbish bin isn’t a given, which is a stark contrast to most of the big cities I’ve visited. There are virtually no public rubbish bins to find, and it took us a while to figure out that the only place we can find one is at a convenience store. It is the only place other than bathrooms and the occasional shopping mall that guarantee a rubbish bin.

5. Oh and split your rubbish up in categories

The reason behind why Tokyo doesn’t have (m)any public rubbish bin is because of their strict recycling rules. Rubbish must be split into the corresponding categories but if you don’t understand Japanese, it is difficult to understand how to sort or which bin they belong it. While it might not be the best practice, if you can’t figure out, it’s better to find a general rubbish bin in a convenience store to throw them in then to mix it up.

AirBnB has become many people’s preferred way of finding accommodation in the last few years, in parts due to its affordability and range. However, since AirBnBs aren’t regulated, their quality also varies. All of the AirBnBs we’ve stayed in are pretty unclean, and one host made us throw our own rubbish out given the recycling problem.

7. Hotels are all really nice 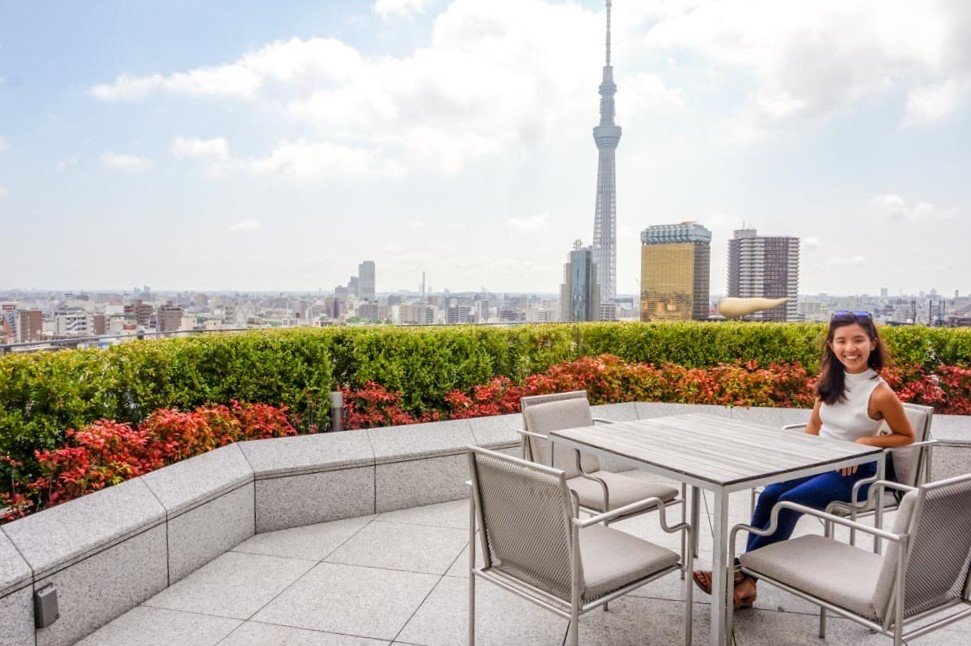 Rooftop of The Gate Hotel Kaminarimon in Asakusa

On the flip side, the hotels that we’ve stayed in are all really nice and clean, the above is taken on the rooftop of the Gate Hotel Kaminarimon Hotel in Asakusa. Ryodan is old fashion Japanese inns, but you would have to be prepared to sleep on tatami (i.e. on the floor). It might be worth considering alternative such as service apartments, too. I had stayed with MetroResidence for business and they were lovely.

8. Learning a few words of Japanese is key 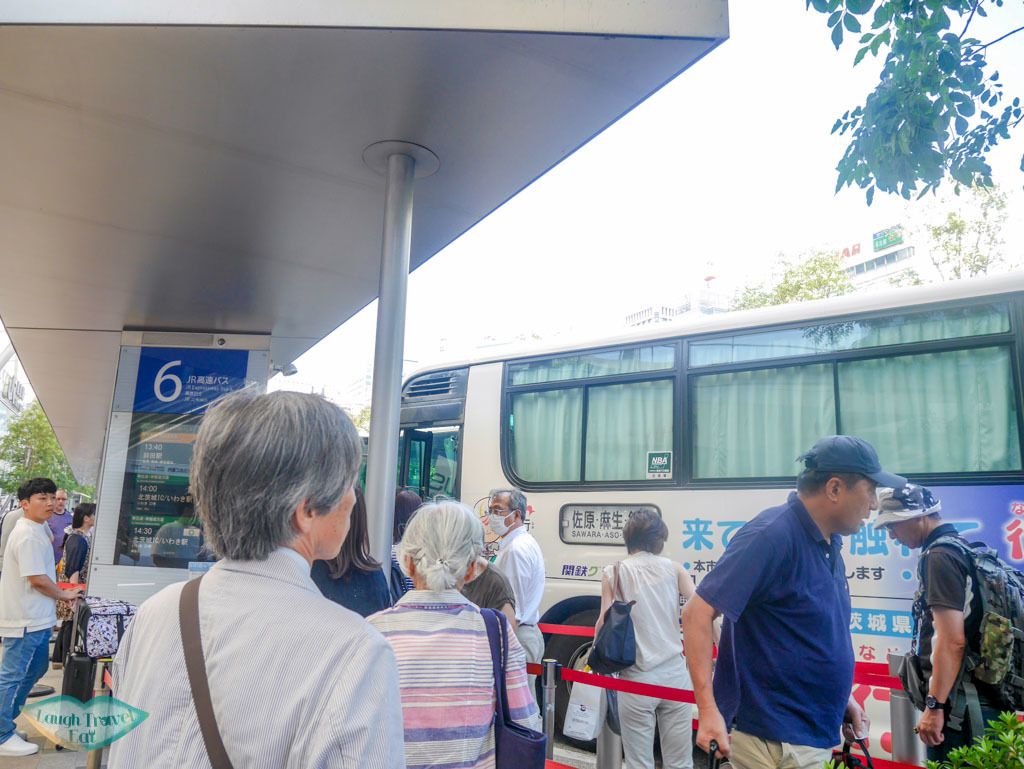 Japanese as a nation doesn’t speak much English, and it’s good to learn a few basic words to communicate. If I hadn’t gone with a friend who knows a few words of Japanese, it took her skills and the help of a train staff to get us on the right bus to the beautiful town of Sawara. Alternatively, there are things are voice translation and mobile apps online.

9. Pharmacies are everywhere, but prices vary 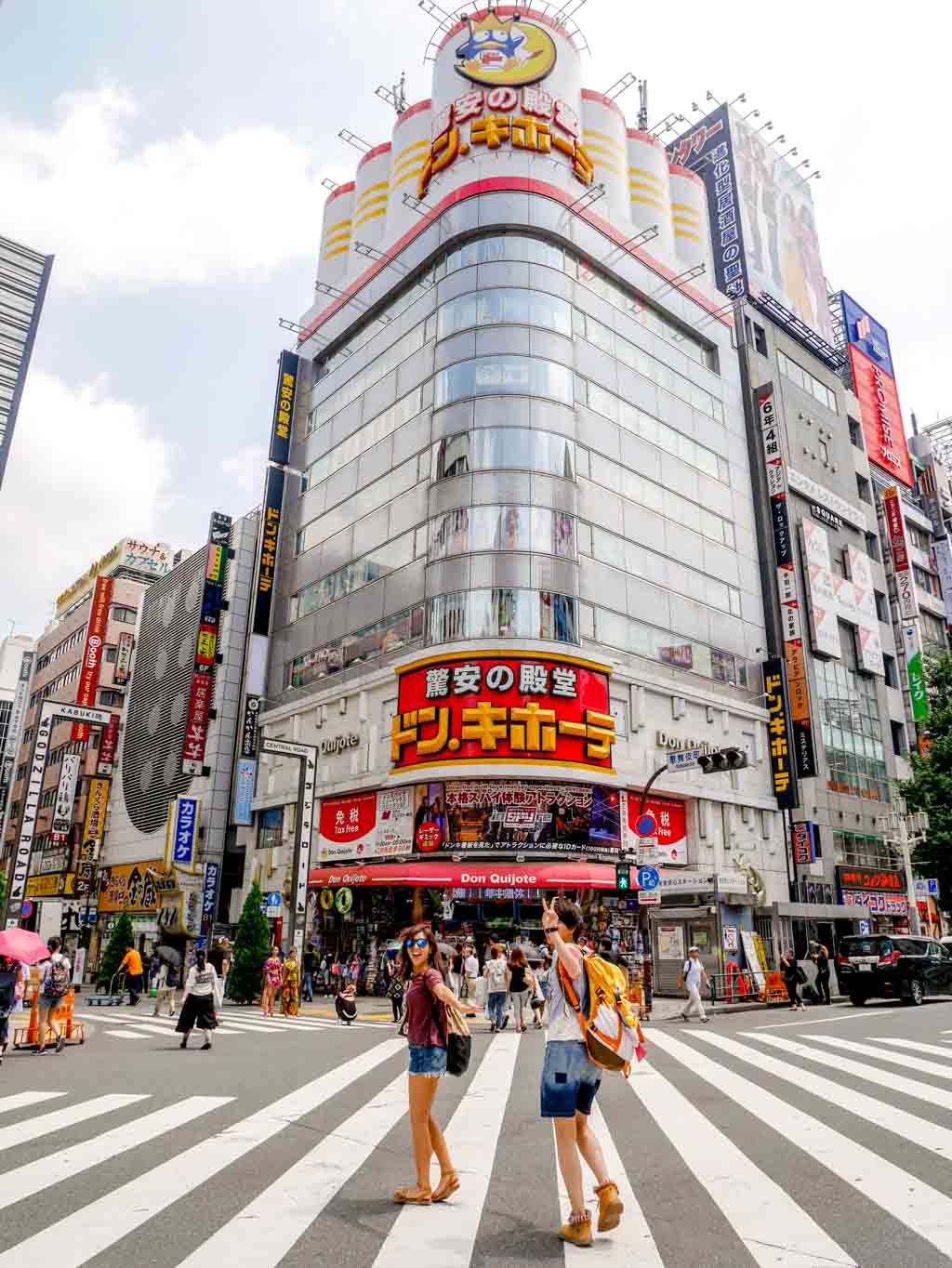 Many people visit pharmacies in Japan to buy souvenirs and medicines to bring back, and you can find pharmacies all over Tokyo. However, their prices vary and you should shop around to find the best offer. It also pays to buy it all in one place to get a tax reduction. One of the easiest places I went to was Donki, which sells both food, medicine, and make-up from Japan.

10. Shops advertise their sale by shouting, a lot. 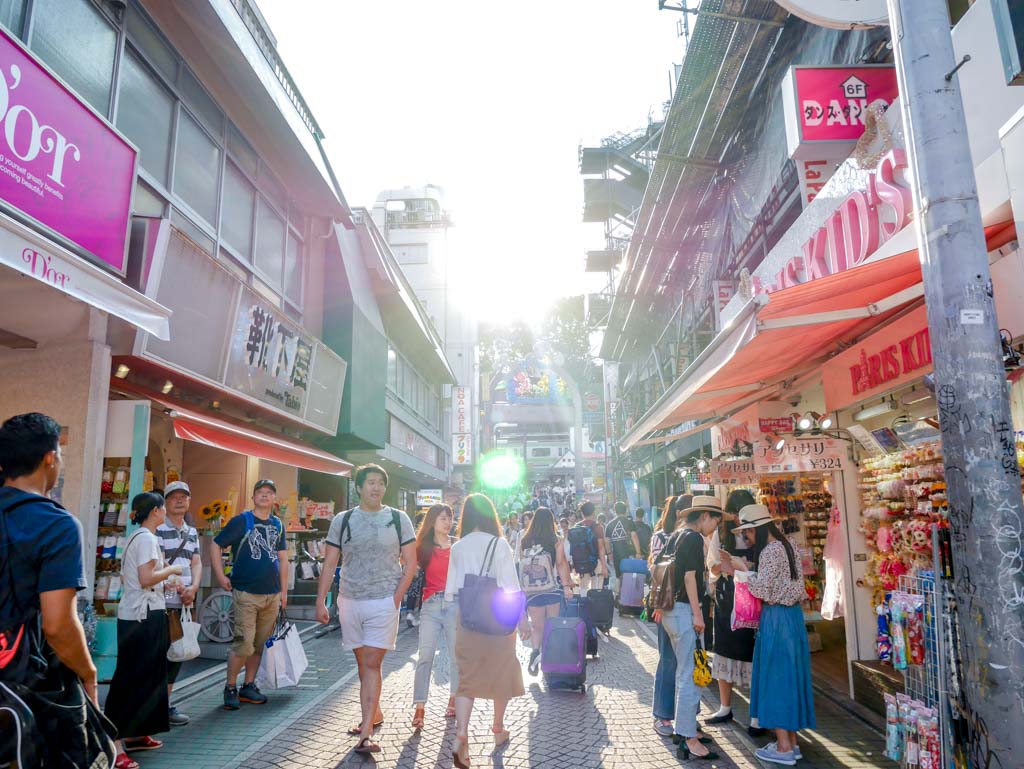 The noise levels on streets can be surprising

We were visiting Shibuya 101, we found many of the stores try to attract customers by shouting about their promotions. Often times they have the aid of cardboard signs or even a loudspeaker to aid their effort. The same happened on the streets of Harajuku. They are not easy to get used to if you haven’t encountered them before.