When people visit Vietnam, they usually do one of the three following things: a) Visit Hanoi b) Visit Ho Chi Minh City and c) Do a motorcycle ride across the entire country. Naturally, when I told people that I’ve been to Vietnam, they assumed that I had done one of the three. Well, actually, people who knew me know that I wouldn’t get on a motorcycle, haha! The truth is there is somewhere better to visit, and here are the reasons to visit Central Vietnam instead.

“What is there to do in Central Vietnam?” they’d ask me. The question always disappears when I show them my photos from the trip. From the world’s biggest caves to long stretches of pristine beaches, there are plenty of amazing things to see and do in Central Vietnam, and here are the top 5 reasons why you should visit.

PS: You DO need a visa for Vietnam! You can read more about that here or if you are Indian, I have an article about it you can read here.

1. Hoi An: for culture and heritage 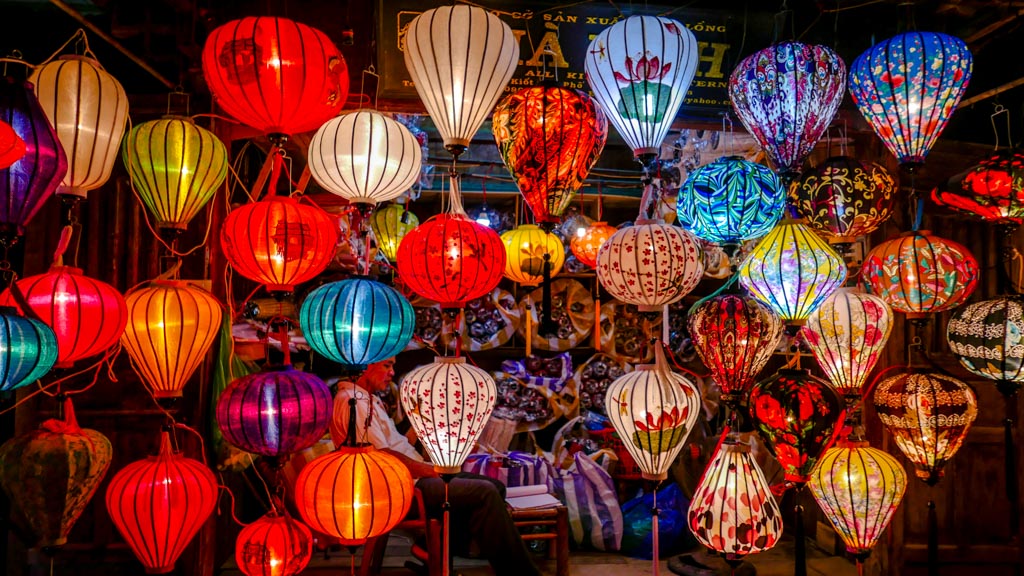 Okay, so most of you would probably have heard of Hoi An. It is a popular stop for many motorbike adventurists and it’s not hard to see why. With a UNESCO World Heritage Old Town that pretty much hadn’t changed since the 17th century with its eccentric mix of international influences from its port city days.

If you like culture, you can visit the many Chinese Assembly Halls. If you want to try something exciting, you can go on a round bamboo boat along the water coconut forest. If you want to just sit back and enjoy the view, there are no ends of bars and restaurants with happy hours. How can you go wrong with any of that?

2. Get around without night buses 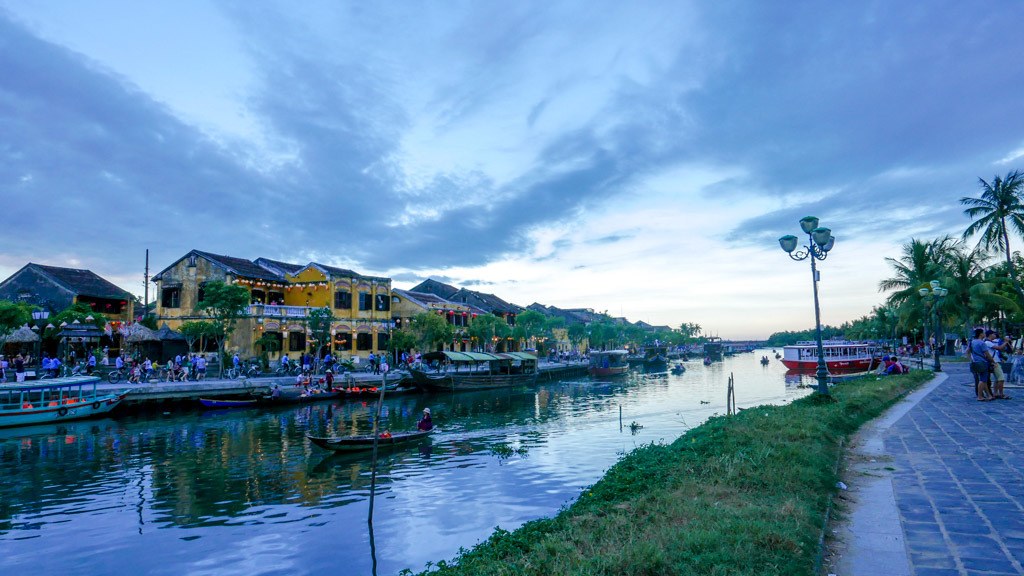 If you have hung around backpacking Facebook groups, you would undoubtedly have heard of horror stories about night buses in Vietnam. While it isn’t a frequent occurrence, it still doesn’t inspire confidence nor is it comfortable. As I was traveling with my female friend, both of us decided that we would only take daytime buses, and thankfully it wasn’t hard!

It is very easy to find buses from one city to another in Central Vietnam. If you split your time between cities wisely, the longest ride you would have to take is from Hue to Phong Nha, which took 6 hours. Most of these buses are very affordable and included stops along the way. A very pleasant and safe way to get around for those who aren’t keen on motorcycles.

3. The capital of the last dynasty in Vietnam is there! 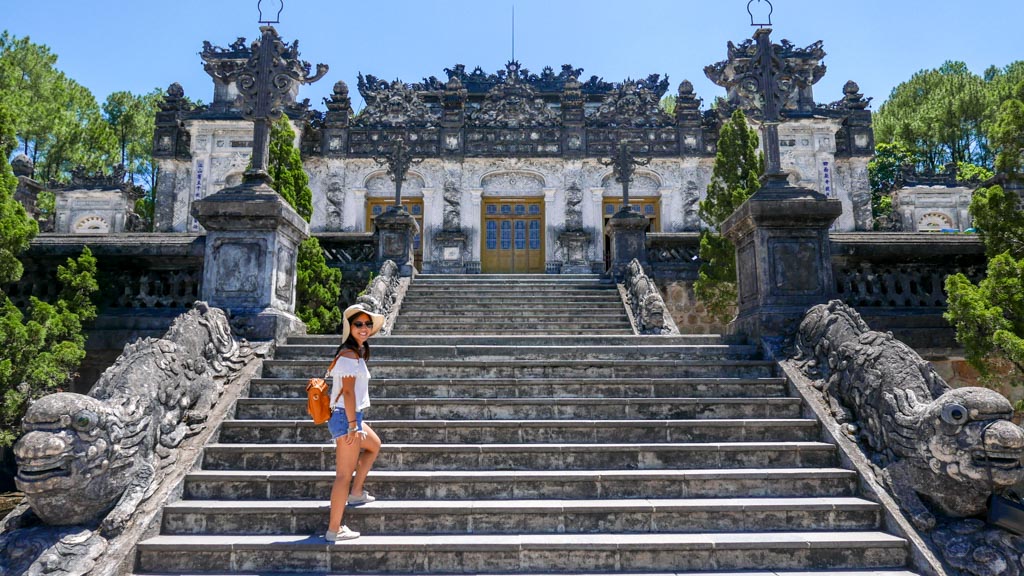 The Vietnam War was only forty-odd years ago, with the two biggest cities Ho Chi Ming City and Hanoi in the center of it. So much so that people often didn’t know that the last dynasty of Vietnam’s capital was in Central Vietnam. Hue might be a city recovering from being abandoned after the Nguyen Dynasty fell, but you can still visit the glorious tombs of Emperors and even their citadel. If you are keen, you can even look around the city to see the French influence – such as the bridge that was built by the architect of the Eiffel Tower.

4. Visit the biggest Karst Caves in the world 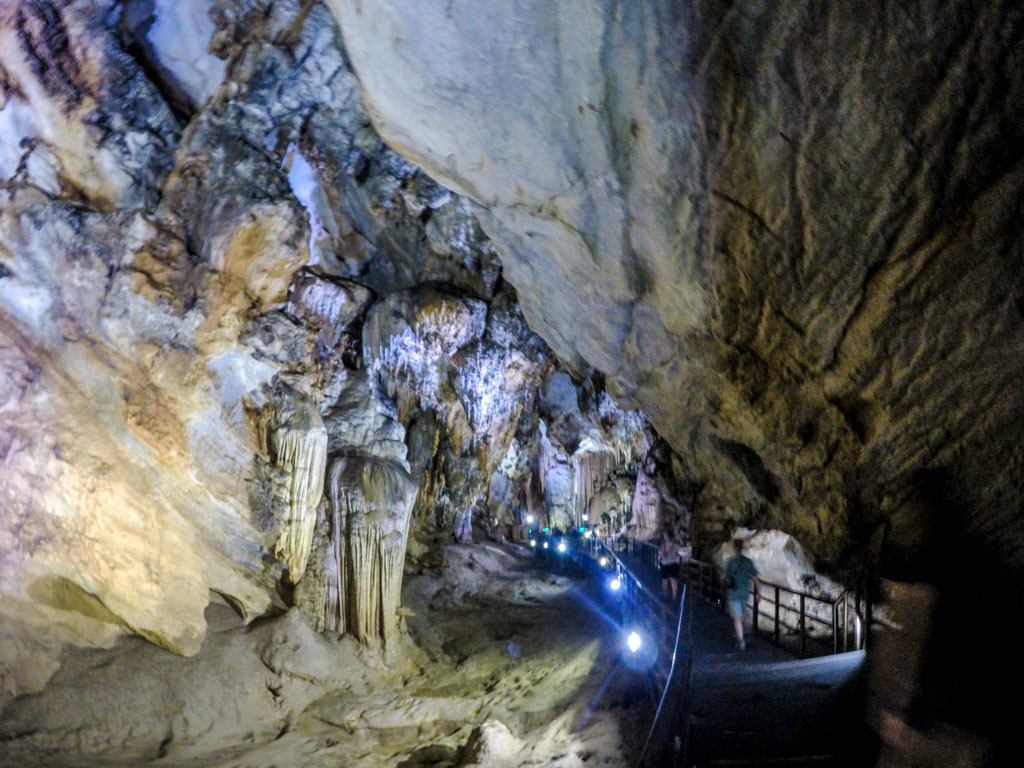 While there are new caves being discovered every now and then, for now, the largest caves known to men can be found in Phong Nha, a little town in Central Vietnam. 6 hours north of Hue, the town itself is nothing more than buildings huddled either side of the highways. Prepare to be transported to another world of stalactites, stalagmites. You can be adventurous and go on a 3-day hike to visit the famous Song-Dong Cave or sit back on a boat and visit the Phong Nha Cave through its underground river. There are so many amazing caves in Phong Nha that I can’t cover it as it could easily take up the entire five reasons. You can find a guide to Phong Nha National Park here.

5. Enjoy the beaches in Danang 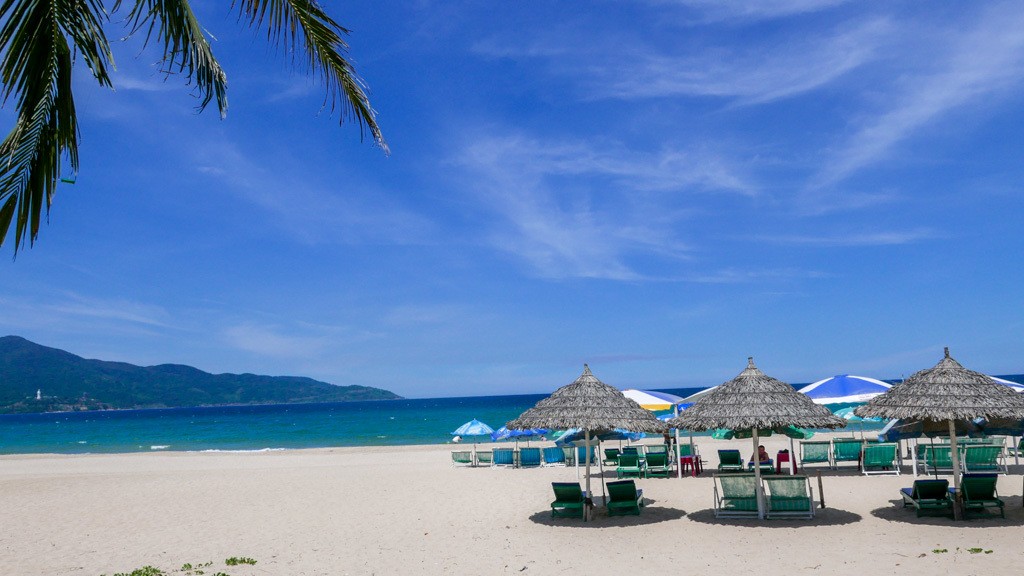 Like seriously, this is how empty the beach is!

It is not a well-known fact that Danang is dubbed as the Hawaii of the east. But it’s true. The miles of pristine beaches stretch all the way from the third biggest city in Vietnam to Hoi An, which is a half-hour’s drive away. And the best news is that unlike Hoi An, the beaches in Danang are virtually empty during the day. As the locals try to avoid tanning, they only visit the beach when the sun begins to set, meaning that you can enjoy the beach during the daytime without much interruption. Another great thing is that you can rent a sunbed for 100,000 dong for the entire day. The price is clearly marked on a signboard in front of beaches, so that helps with not feeling like you’d be ripped off. They also have some great, cheap street food – like 2 USD a meal cheap! Here’s how you can spend 3 days in Danang.

So, those are 5 reasons to visit Central Vietnam and include it on your backpacking journey of Vietnam! What are you waiting for!?