Visiting the Dead Sea (again), this time from Israel

I was excited to go to the Dead Sea but not jumping up and down excited as I had been before in Jordan just in February. It was a unique experience as you just kind of fall back into the water and float. You can’t sink if you try! You also can’t get this water in your eyes since the salt content is so high it’ll burn.

I wrote some tips previously that I suggest you check out if you are going to the Dead Sea regardless of which country you to it from. 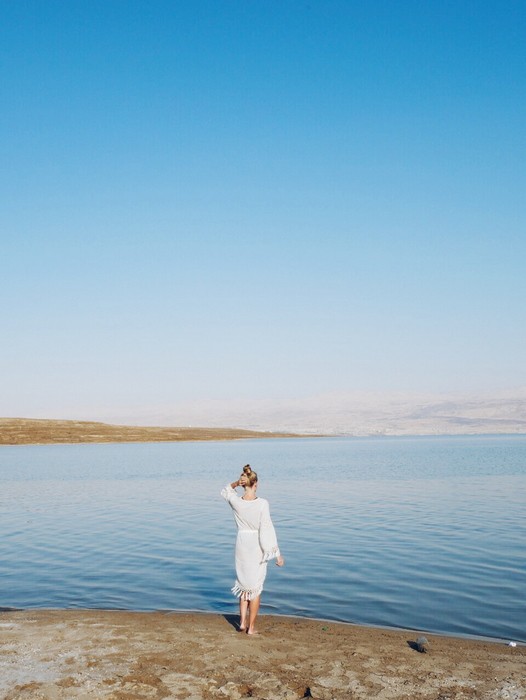 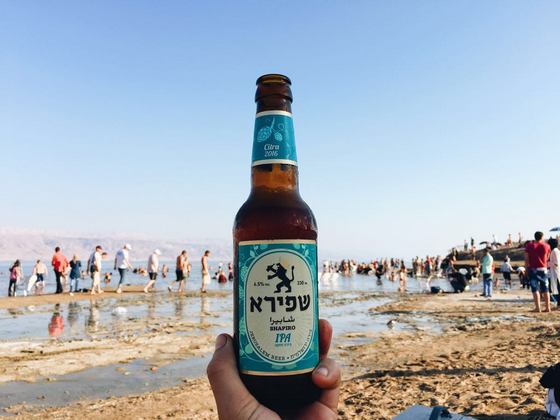 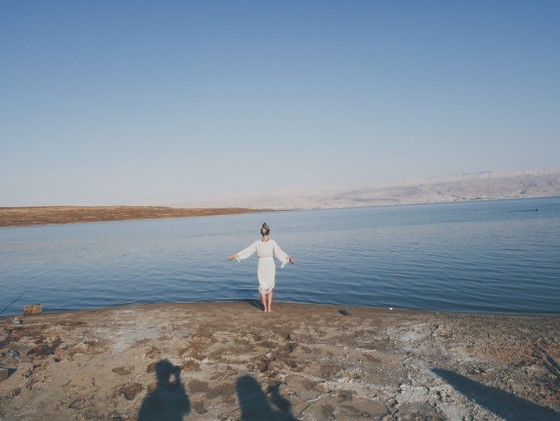 So one of the tips I gave before is that the mud can stain, especially on white so you’ll want to wear a dark swimsuit. I wore a one piece just because I didn’t know what the crows would be like (if there would be a crowd) and how the Isreali girls would be dressed.

Bikinis were okay so it wouldn’t have mattered either way.

We actually ended up there on the worst day we could have since it was Eid, a Muslim holiday and the beach was full of families making it very very crowded. For example, when you got out and wanted to shower off it would be a little bit of a wait to get to your turn at the outdoor shower to rinse, and even then someone might take your turn meaning I had to be a little pushy. 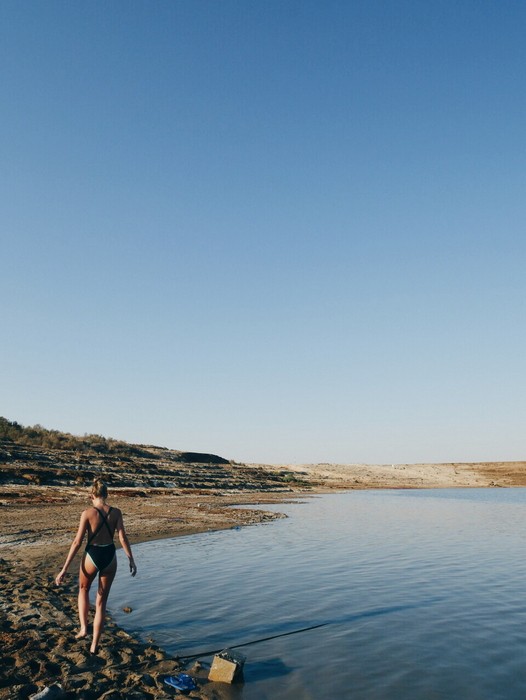 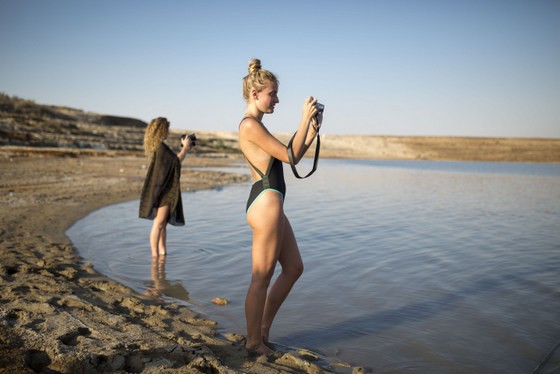 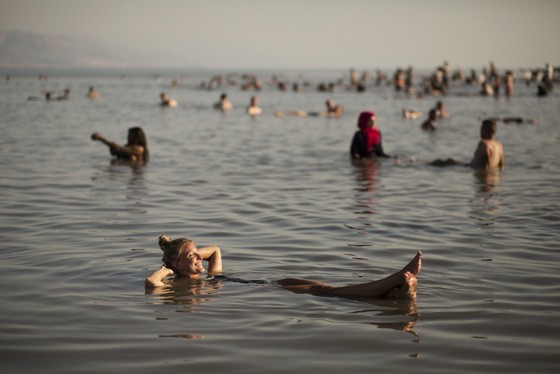 The two photos above were taken by Matanya Tausig. 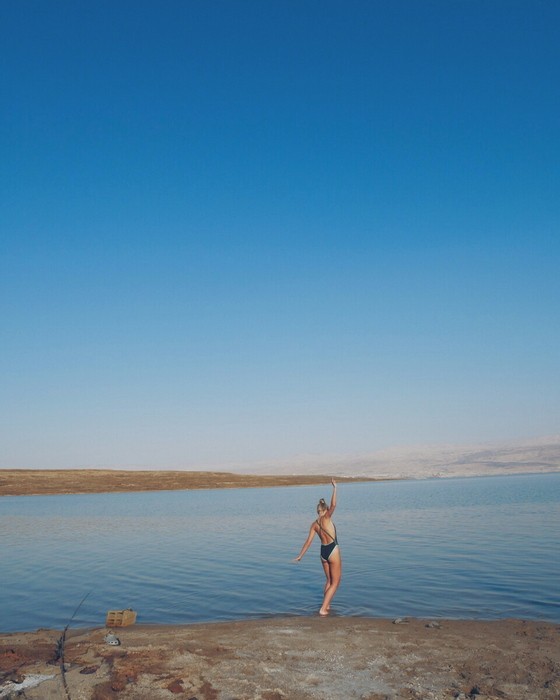 While to the left, it was clear and empty, to the right you can see it was packed to the brim. You couldn’t go too far left though as there were actually signs for possible mines. Definitely not worth going for a wander! Although there were guards there stopping us from going to far left as well. 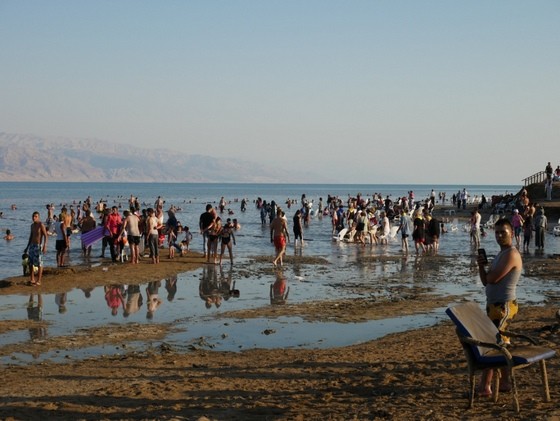 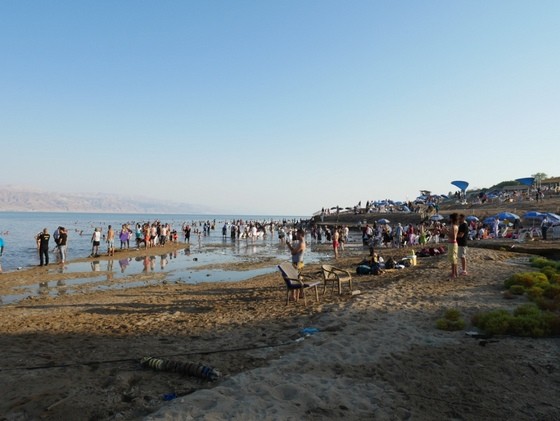 So, this was definitely a different experience that the Kempinski and I have to say I preferred the less crowded previous one (not too surprisingly). Our guide, Abraham Hostel, said they’d never seen it so crowded so it was surely because of the holiday. Chances are when you come it won’t be so crowded. 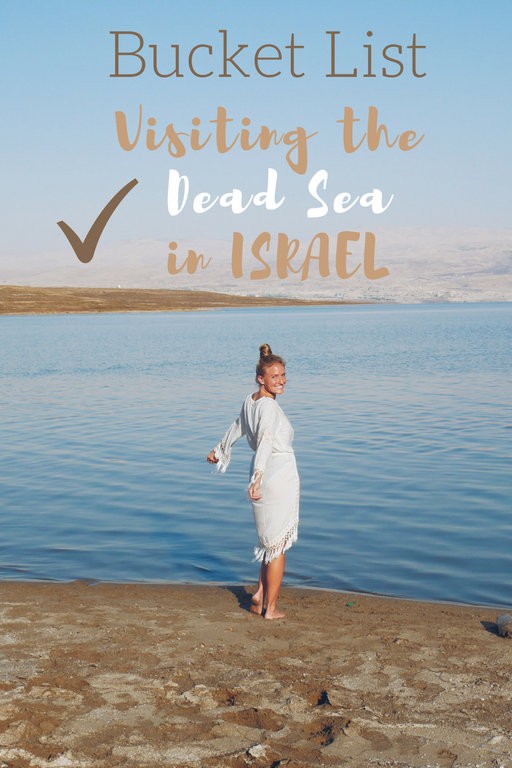 I was in Israel hosted by Vibe Israel, a non profit, non political company. Thanks Vibe!