As we raced down the highway, I curled up in the front seat with my Harry Potter audio book playing (while Harry was first discovering his hidden Quidditch talents) on the way to the airport to leave Indonesia. I’d been in Bandung for 5 days and weirdly felt like I was in America on the highway.

It was a mixture of the A/C SUV, the actual lines on the highway… and the people following the lines, using their blinkers, and NOT honking their horn to pass. The bright green grass and fluffy trees all along the highway were just like in Ohio. There were no decorated trucks, no rickshaws, and no local buses or trucks with people hanging out the back and sides. 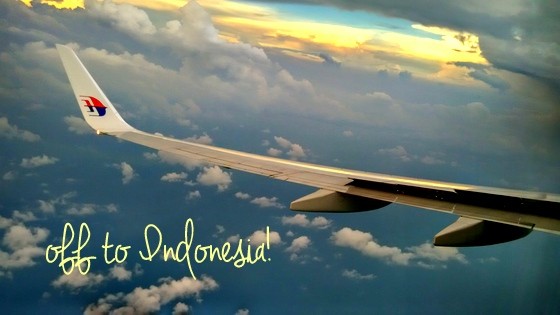 I’m sure most people coming from America to Indonesia for the first time wouldn’t notice similarities, and this made me realize how far removed I was from my American life in India. Another reason that Indonesia reminded me of home is that everyone was smiling and friendly; a true staple of American people. I love India, but it was so nice to experience another culture. 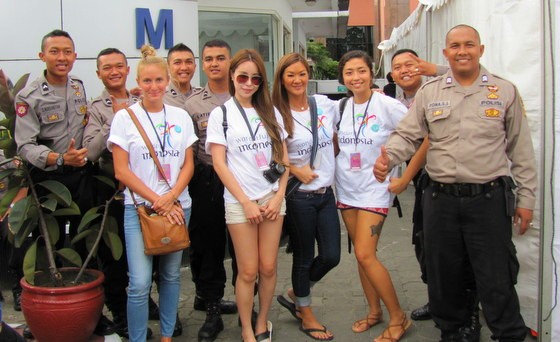 us bloggers posing with the police per their request 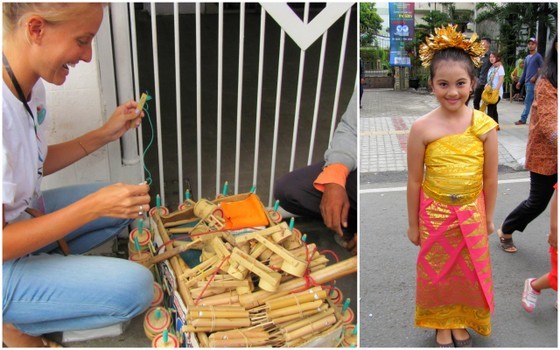 Why was I in Bandung and where is Bandung?

I went to celebrate and document the 60th commemoration of the Asia African conference with a group of Asian bloggers. I think I was an honorary Asian ;) because of all my Indian readers. I didn’t know where Bandung was at first and had never been to Indonesia, so here’s a little information in case you were as clueless as me:

The conference is a sort of platform for all the countries to come together in Asia and Africa that have achieved independence from their previous rulers. 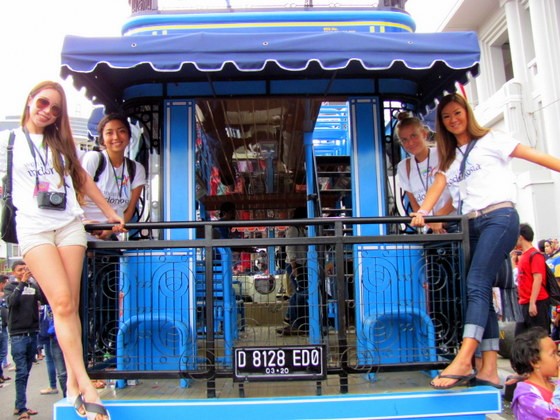 What to do in Bandung

I’ll be telling you more about Bandung, later but here’s a peak at the highlights:

Highlights in North Bandung: touring hot springs (and showering in them!), seeing the huge volcanic crater Kawah Ratu and mountains of Tangkuban Parahu, trying local food at the floating market, and learning to play the local instrument, angklung, and watching a cultural performance at Saung Angklung Udjo.

Highlights of South Bandung: were the white crater called Kawah Putih, traditional lunch at Sindang Reret, and the tea plantations of Walini Ranca.

The main city itself also boasts the largest indoor theme park in the world, the only 6 star resort in Asia, the Tran Luxury Hotel, massive shopping malls, and famed factory outlet stores. It was a really cool city and perfect to host the parade for the conference. 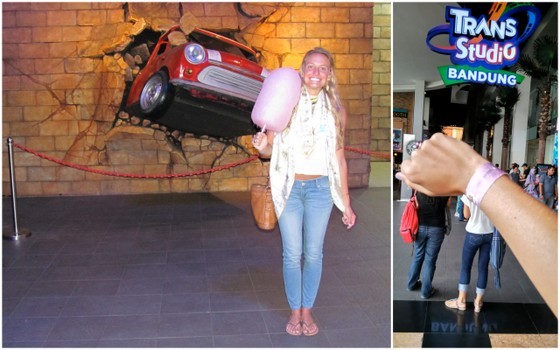 Trans Studio Theme Park… clearly like a kid in a candy store. Perks of being a blogger.. cutting in lines, WHAT! I know! We rode a roller coaster than went up 90 degrees and then dropped backwards. 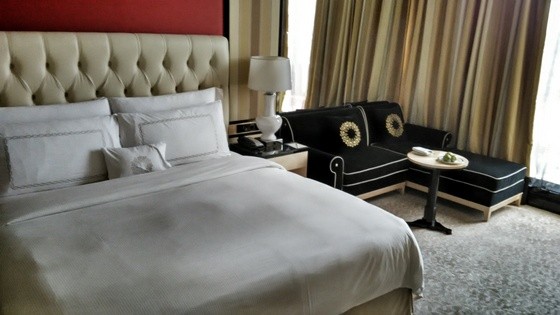 Trans Luxury 6 star hotel… I had never been in a 6 star hotel before, so clearly the nicest places I’ve ever stayed. So amazing! More later. 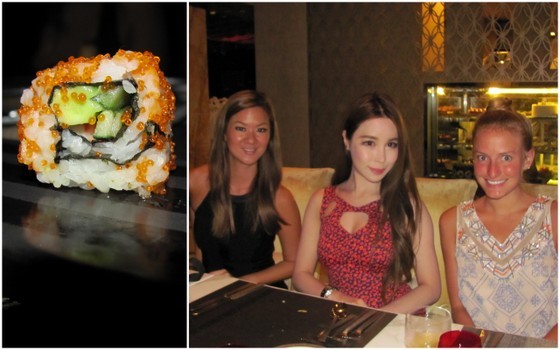 with Mei and Dawn, two fellow bloggers from Malaysia and Singapore

The Parade from the 60th commemoration of Asia Africa Conference

In 1955, 29 countries came to Bandung to discuss peace, security, and economic development, where issues were mostly caused by conflict between East and West. Although quite a serious event where delegates talk about their partnerships between each country, there was some fun: a huge parade in the city, and everyone in town came for it… actually 2x more people than they expected, so they made the parade even bigger! 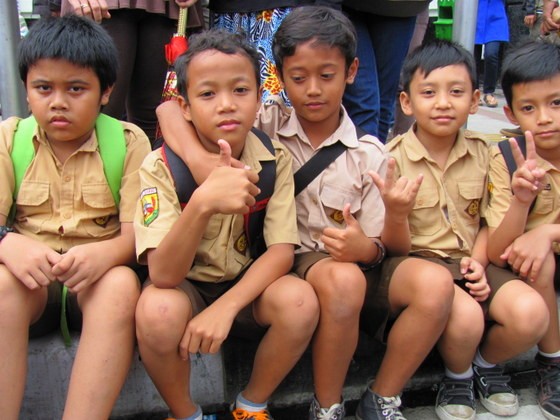 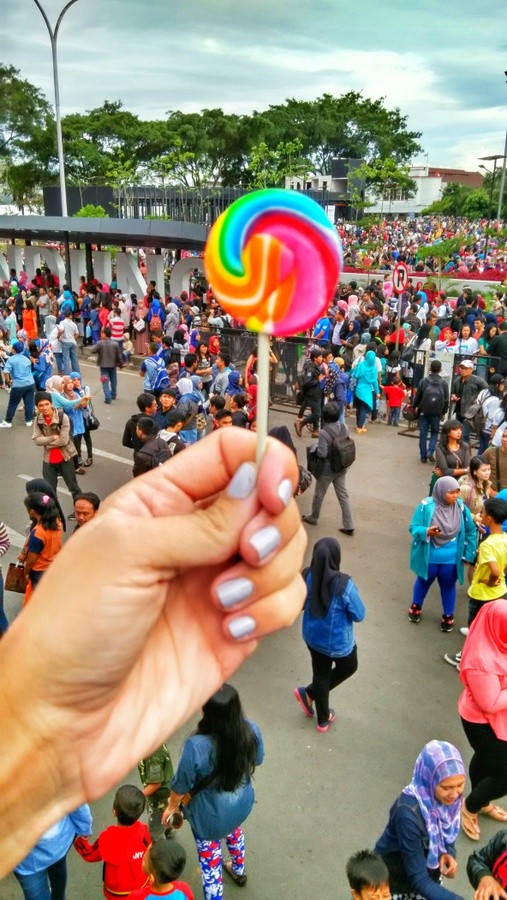 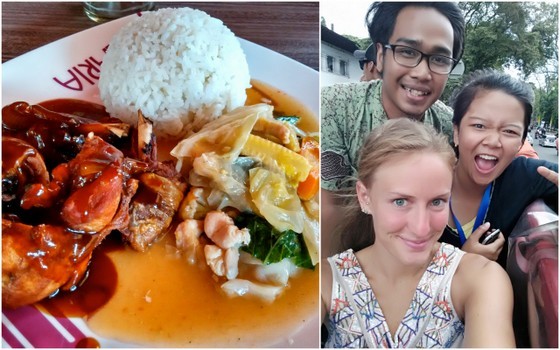 We had top row seats on a “media” double-decker bus to take photos… but I’m not going to lie, it was my first time seeing selfie sticks and I was blown away by the number of people in groups taking shots with their GoPros or iPhones on a stick. So, let me just show you what it was like looking at people taking selfies in every direction: 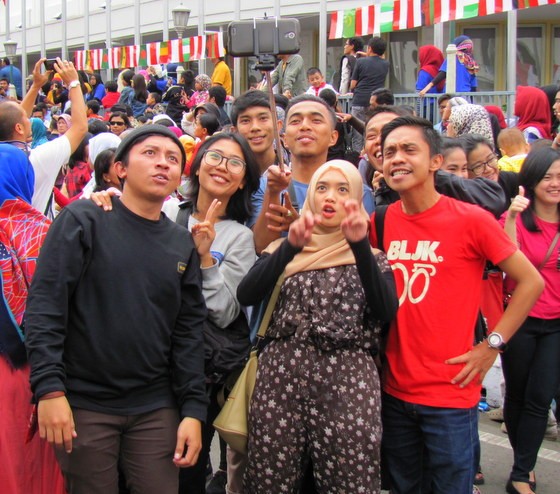 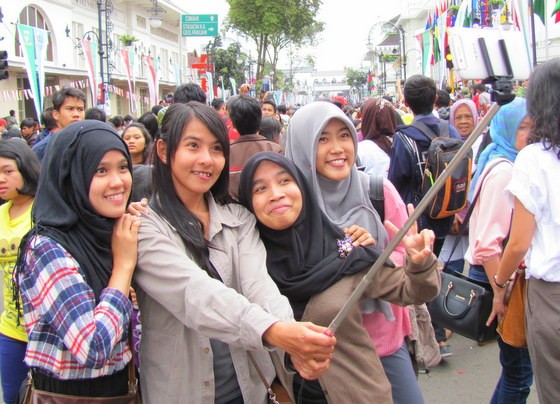 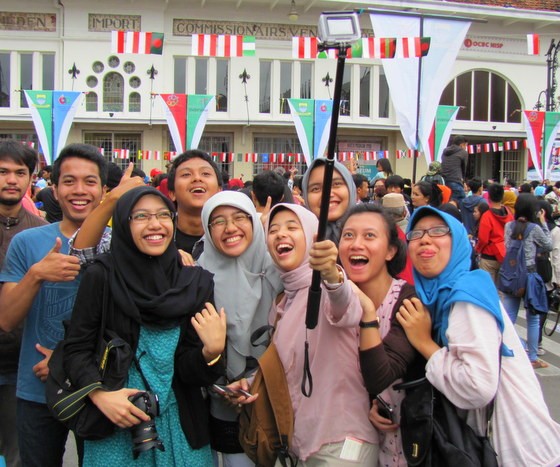 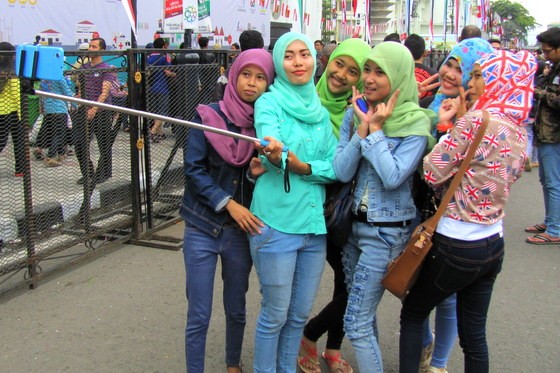 The news called for rain and I asked this girl Melody who worked in management with IBIS hotel (and was so sweet!) if they were worried. She explained that a “rain man” came and hopefully can make it not rain! I thought that was pretty cool. 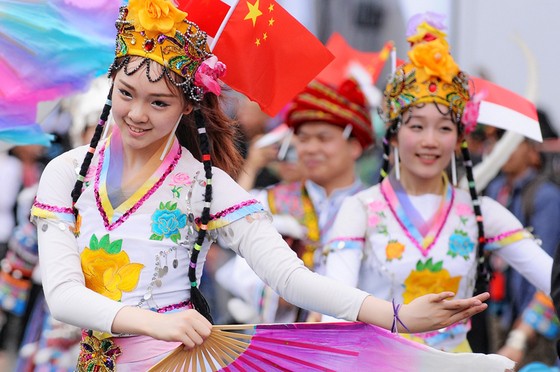 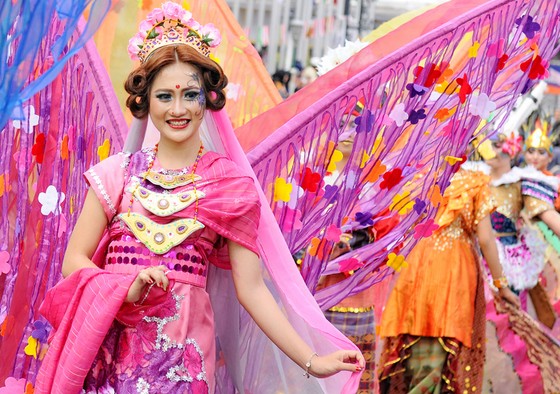 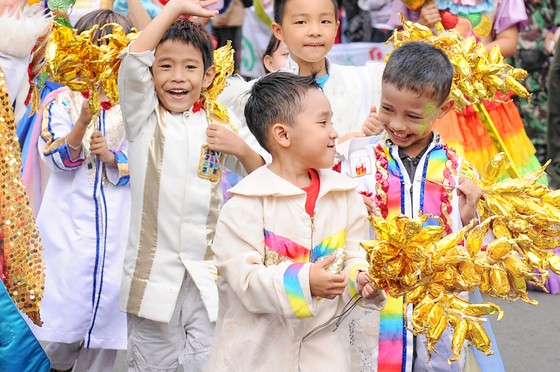 A few extra tips for Bandung:

Do not miss the Trans Studio theme park. If you want to know where to stay in Bandung, I can verify that the Ibis hotel was amazing and affordable. The connecting Trans Luxury hotel was over the top incredible with amazing food, a Swarovski crystal dragon, and a pool with sand! 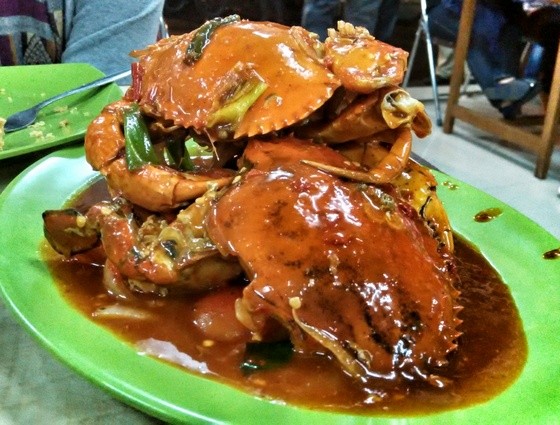 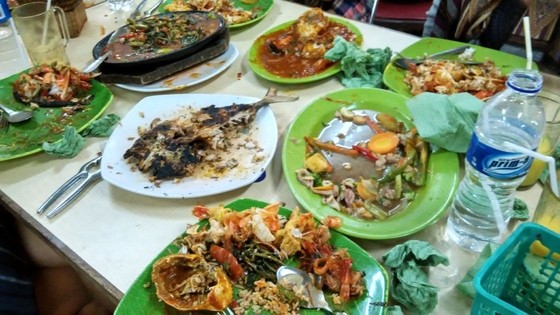 There is a huge mall attached (great for expats with a Wendy’s and Starbucks- haha I can’t help myself!). It’s a central location. OH PLUS, the massages were insane at the Trans Luxury!!! I loved the spa facility.

Also to check out the Pasar Baru a 7 floor shopping and trading center. Famous buildings you can see on city bus tours are Heritage Building, Gedung Merdaka, and Gedung State. Feel free to walk around “old Bandung” as well at Braga street. I had a blast in Bandung and can’t wait to tell you more. There will be two more posts coming up.

I was on this trip thanks to Wonderful Indonesia, Pesona Bandung, and all those involved in the Asian African Conference, but all opinions are my own.