I was lucky enough to go back to England, and I am so excited to tell you about it. I wasn’t going to mess up this re-do, it was a second chance in London. I had already seen “what you’re supposed to see” years ago. London was the first city I went to in Europe. I think I have 300 photos from my 4 days there. 10 of just the train station. 5 of me in a phone booth. I was a super tourist (I still kind of am). I don’t want to bore you so I won’t tell you all of London’s castles, gardens, and monuments that will make you believe in fairy tales. When you get there, grab a tourist map and wander for a couple days, you will see it all! No problems except sore feet. 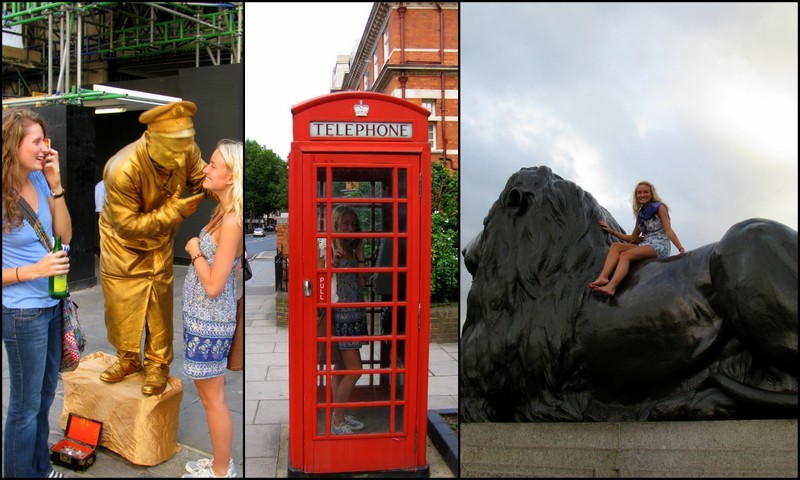 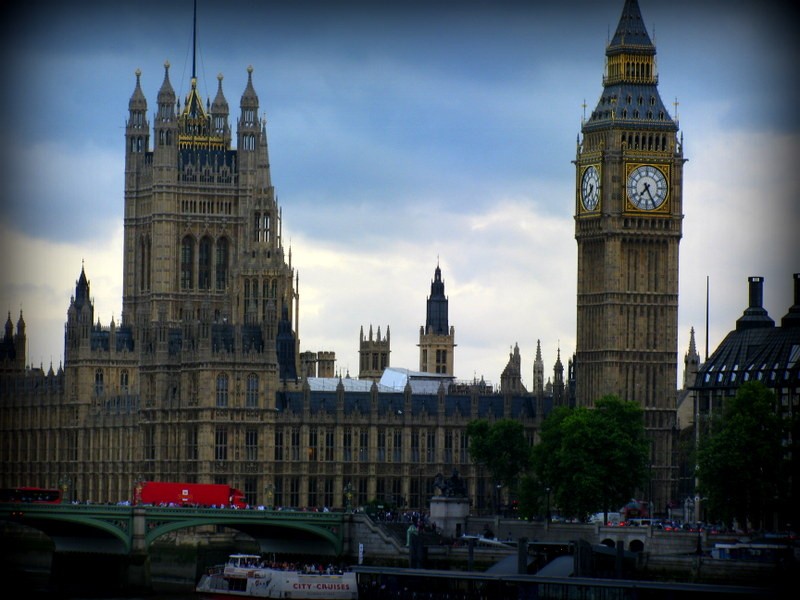 When I first went to London that’s what I did. The first day I carried my backpack all day because I didn’t have a hostel yet. Double Super Tourist. I can still remember how blown away I was by Westminster Abbey, the “sand drip castle” I call it. I love castles and forts! I got a street artist to draw it for me and hung it in my room all through University. The rest of the sites: London Eye, Big Ben, Buckingham Palace, etc were awe-inspiring at the time, but they aren’t something that stuck in my memory. For me, monuments in big cities never really do. I don’t have much of an artistic eye and I don’t appreciate architecture as much as I probably should. A lot of these big tourist attractions, you can also do with the London Pass, so if it is you’re first time, see if that’s something worth buying.

On thing that did stand out: Platform 9 ¾. I mean, it’s so cool. I didn’t realize Kings Cross Station wasn’t the main one in London, but luckily that’s where you take the Eurotunnel to Paris from so I saw it on my wait out (and of course missed my train).

Trying out London a second time around

What did I do different?

So, this time I went back to meet my boyfriend’s family and go to his best friends’ wedding. We spent half our time in London, and half in Kent.

First thing to know: you don’t have to worry about not being proper enough for an English wedding. Ben was enough of a mess that people didn’t even know I was there. Second, English families are more laid-back than American families. Perfect! There were so many things I wanted to do in England, but we balanced it out with Ben getting time with his friends and family, which was loads of fun. It’s great to go to a city that you don’t need or want to sightsee in. You are able to just wander and try new places to eat and drink.

We rented a car to see what’s just outside of London.

8 activities in and around London

1. Hever Castle: Ann Boleyn grew up here, one of King Henry the 8th six women. I always like shows and movies like The Tudors and The Boleyn Sisters so this was beyond exciting. While touring, I explained to Ben everything Hollywood had taught me about this crazy Queen. Not only had her sister, Mary already slept with the King, but then Ann made him divorce his wife, therefore separating the Catholic Church from the Church of England (big deal). She got what was coming to her though when her family helped vote to have her beheaded in the Tower of London for treason. In the paintings she wasn’t even very pretty and she’s kind of a sneaky skank so I’m thinking it didn’t take much to become queen back then… Anyways, just 30 miles from London, in Kent, it’s easy to get to. It’s super legit with a moat, insane gardens and so much interesting history. If you want to get tacky, you can dress up and pose for photos, you can be fancy and get married there, or if you’re rich you can stay in the guesthouses for a night. Tickets cost 14 pounds per adult to see castle and gardens. There are snacks inside, but it’s best to eat at a little pub beforehand. 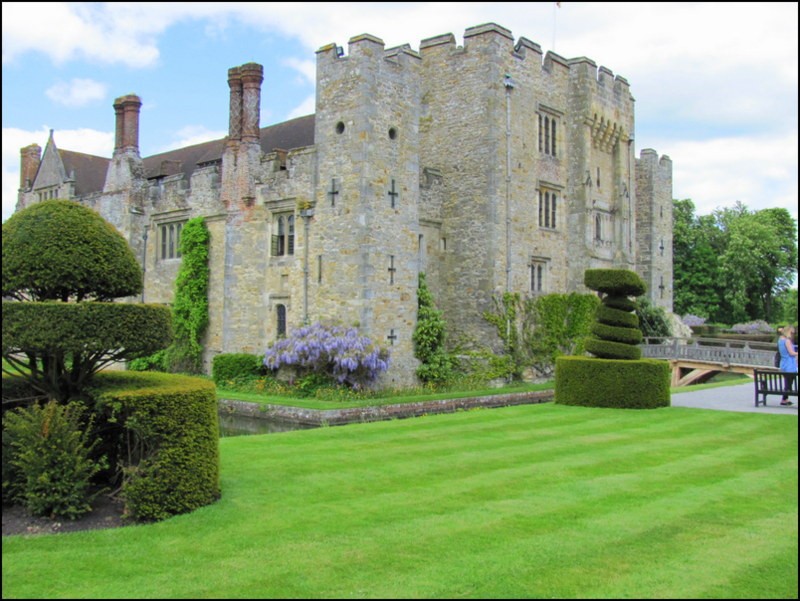 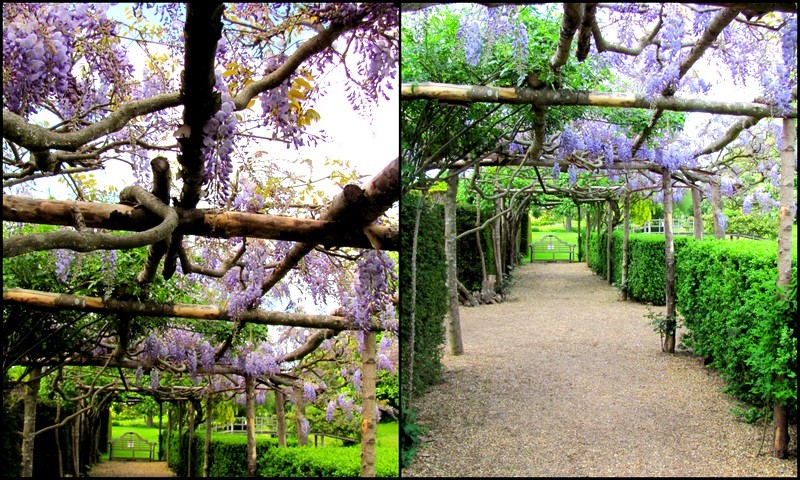 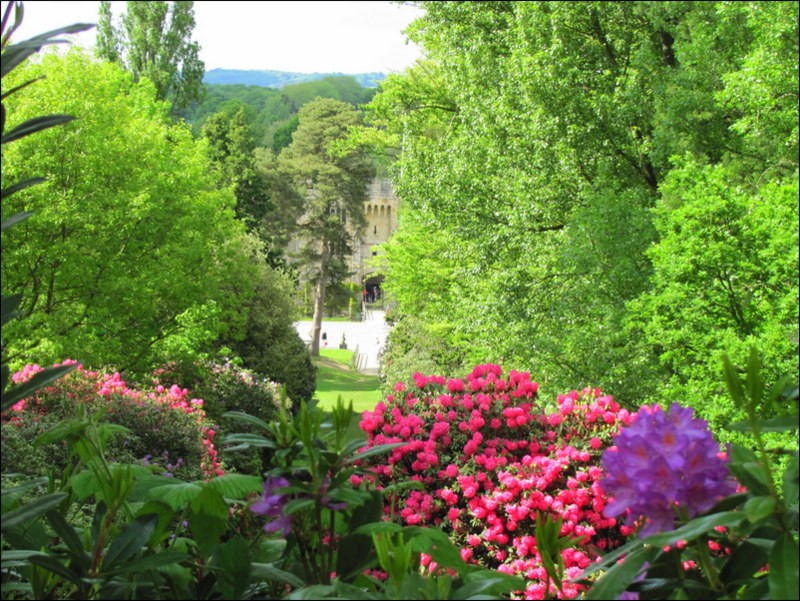 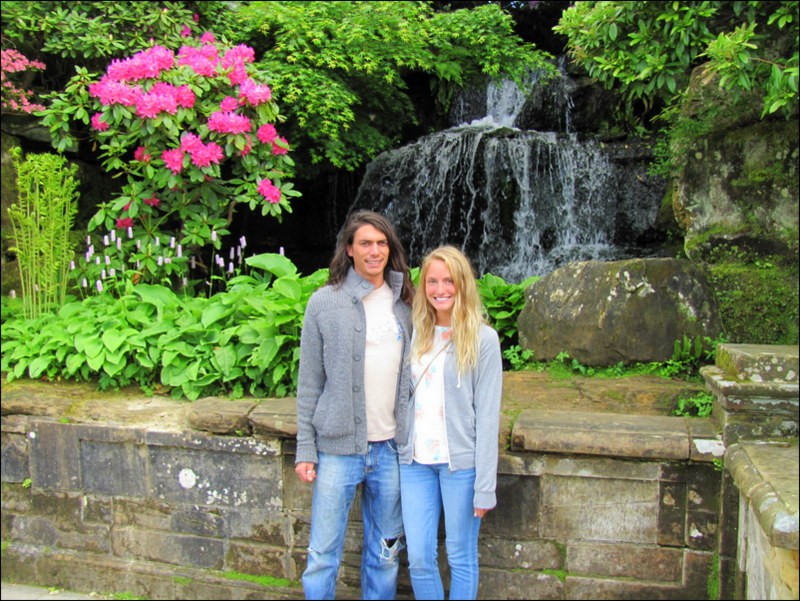 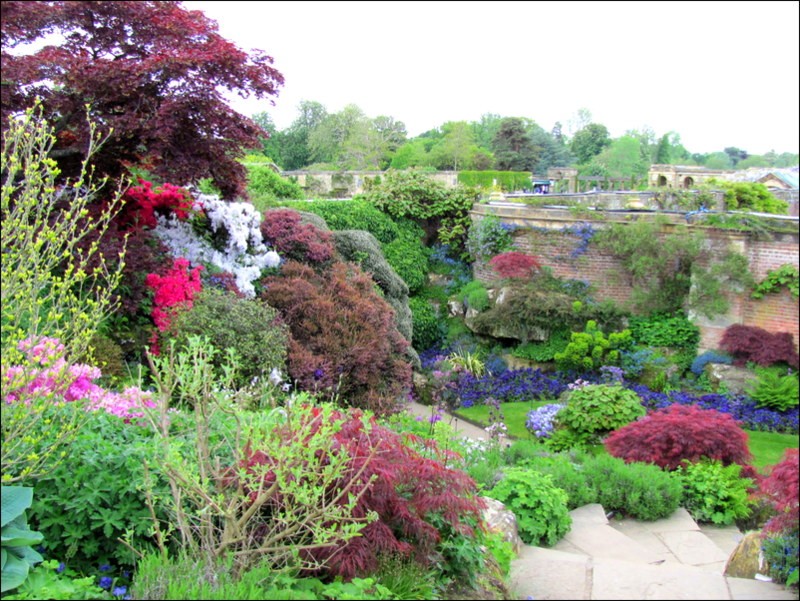 2. Have a traditional Pub lunch: one of many we ate at was King Henry 8th Inn and Restaurant. Although themed, because it is just down the road from Hever Castle, it wasn’t too over the top. The building was from the 1600’s and the authentic look got me pumped up to see the castle. We had Root Beer and sausage baguette sandwiches. You can choose to eat in the courtyard, but it is too cold in England for that nonsense.

3. Brighton: we drove here, but you can take a combination of trains and buses as well. Brighton is the colorful city that the gays love along the coast of England. This coastal town has the narrow roads that I LOVE seeing. Something about small alleyways and old buildings, and I’m hooked on a place. The Bohemian feel reminded me of Cesky Krumlov, my favorite Bohemian town. Shopping in Brighton lanes was a highlight for me. I bought American candy at Cyber Candy– score! Landmarks include the Brighton Wheel and Grand Hotel. We spent time on the pier, where there is an arcade and loads of food. If you walk along the beach, there are shacks selling delicious seafood, and some selling cockles and jellied eels (no thanks). It kind of reminded me of clips from jersey shore. There were some interesting characters tanning on the pier. It was 65 degrees and windy. Also, the birds are brave here and will steal noodles right off your plate! 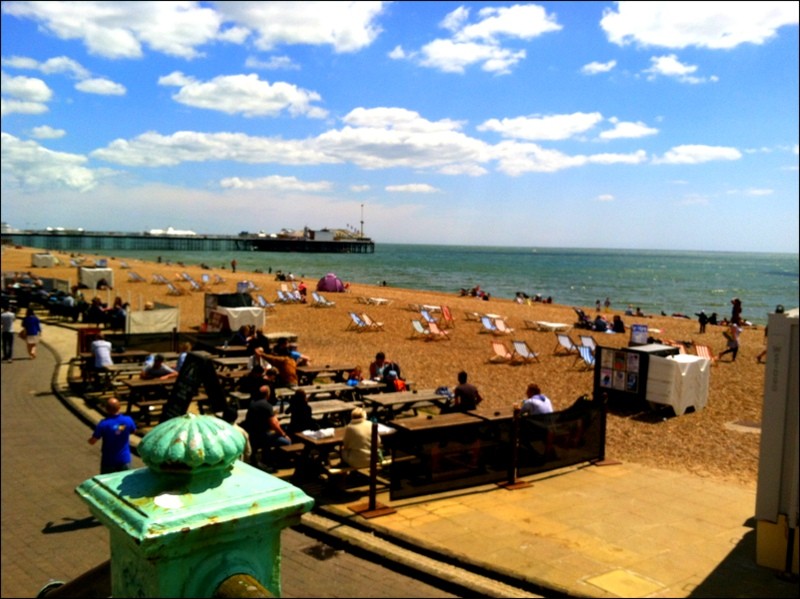 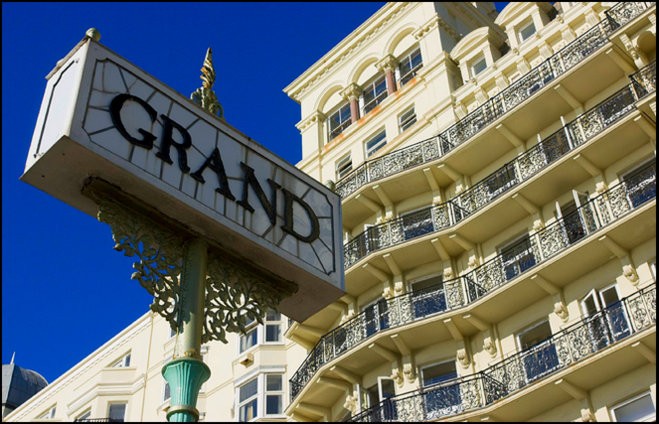 4. Shop Brighton Lanes: Ok, I’m budgeting, but it doesn’t mean I didn’t look.  Just northwest of the pier, in the old fishing village are actually 5 different areas, and 2 lanes: The Lanes and North Laine. It seemed that one was higher class and lots of jewelry, and the other was alternative, bohemian, and unique clothing. FYI it isn’t just shopping; they have art galleries (check out the Alexander Gallery) and pubs as well. But I didn’t have time to appreciate art with so many cute clothes, jewels, and antiques around the corner. Some shops that I loved looking in: All That Glitters, MAC cosmetics, Papillon (for housewares, books, and gifts), Russell and Bromley, Hope and harlequin (super cute), Velvet, Wolf and Gypsy, and Beyond Retro.  It’s also a great place to buy gifts like chocolates and baked goods; check out Angel Food Bakery for scrumptious cupcakes and English tea. 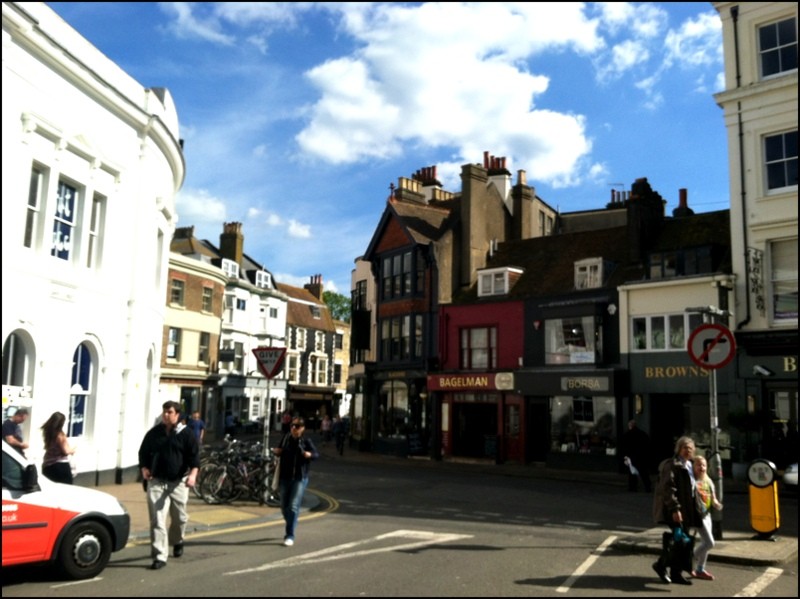 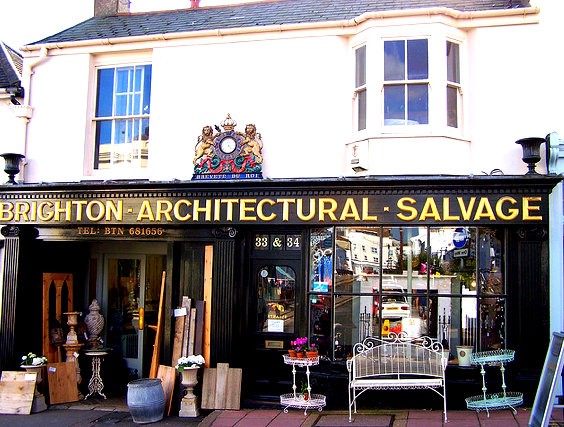 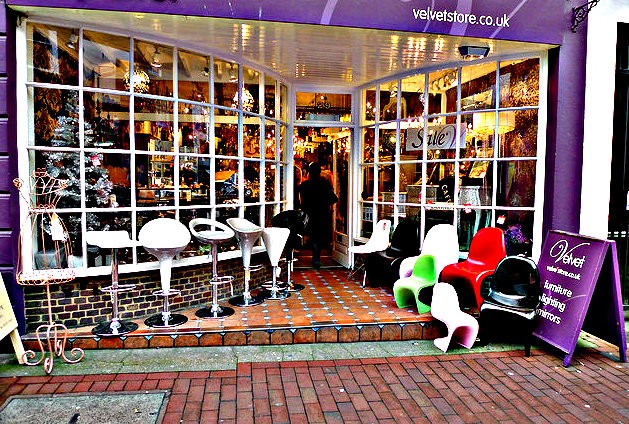 5. Notting Hill: With Ben’s brother, we made it to Notting Hill. I don’t know what exactly I was expecting, but it’s a cute little town that really rich people live in. If you want to shop here, you can buy the fanciest baby clothes you’ve ever seen… and then buy more baby clothes. Easy to get to by metro, but make sure you have a plan for something you want to do there or you’ll end up at an English pub selling Thai food. 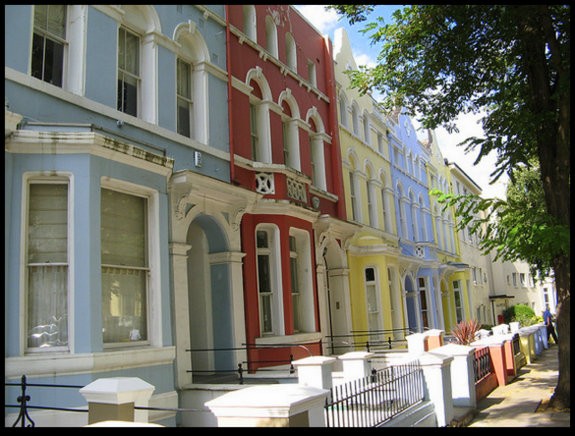 6. Seeing a West End show: We saw Wicked. I’m so torn on whether this was good or not. I LOVED being at the theatre (I’d never seen Broadway before which is why I chose Wicked), but I found the storyline boring. The other options were Book of Mormon, Viva Forever (Spice Girls), Let it Be (Beatles), Billy Elliot (Green Day), and so many more. I wanted one that was very “theatre-like” Is that even a thing? I should have seen the Spice Girls! Next time. 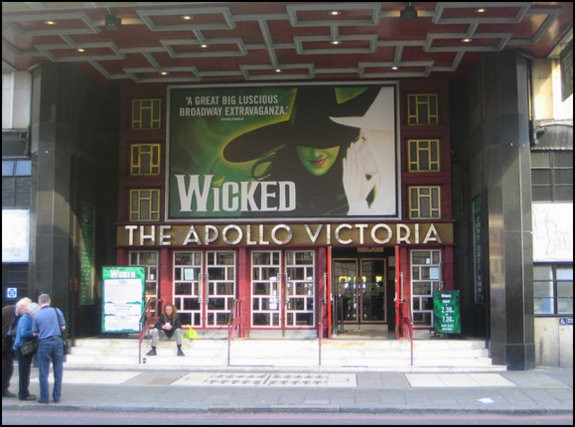 7. Finding a Shopping Mall like the US: Boutique and Antique stores are great, but sometimes I need a simple tank at a decent price, or to get some killer sales at a shoe store. Keep in mind, I’d come from India and hadn’t done any real shopping for a while, plus I needed a dress for the wedding. I was looking for places like Aldo, Zara, Forever 21, All Saints (where I found my awesome dress), Sephora, and Victoria’s Secret. We went to BlueWater near Dartford, which was huge and had all the good stores. We also went to a mall near Ben’s mom’s house in Tunbridge Wells, called Royal Victoria Place, which had a lot of stores and… Soft pretzels!!! I got my American fix and was a happy camper. Something I just have to mention: I had only seen River Island on ASOS online, and knew Rihanna was working with them, so was really excited to shop there… only to be disappointed. It just seemed like a Charlotte Russe. Everything looked cheap, what’s up with that?

8. Re-doing London: We went into London where Ben’s brother and sister live a few times. Did some more shopping at Westfield mall as Ben’s eyes glazed over and ate at Jamie Oliver’s restaurant. For some reason, English people are so much better dressed than Americans. During lunch they all go outside and eat at the stalls that are set up. Like food trucks, it was gourmet and fusion street food. 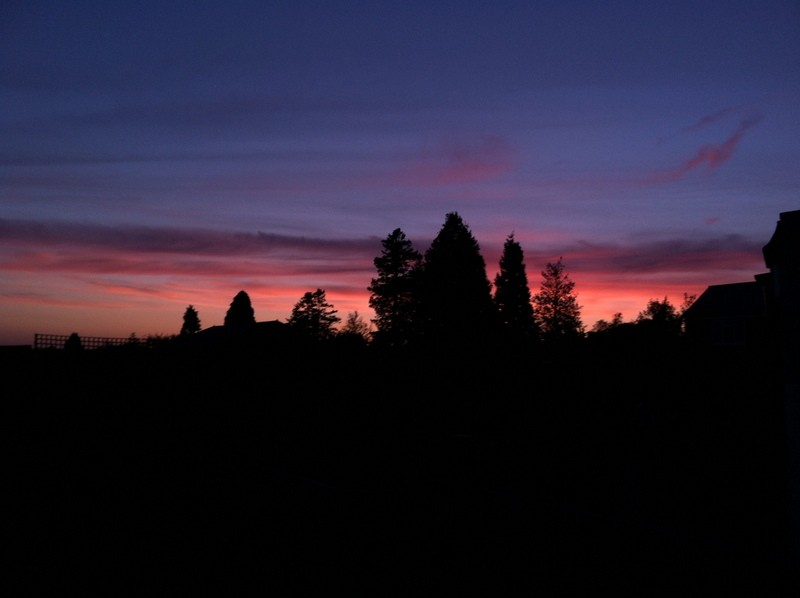 England was 10x better the second time around.

It’s rare that I get to go back to countries that I backpacked in, and it was great to so England with someone who is actually English. Having a car was most helpful. What would have been more helpful is if I’d had my winter wardrobe- I only had what I’d packed for Goa (so 100 degree weather). It’s seriously disappointing to be walking around England in the same outfits over and over when I had some many cute clothes back in Ohio.

After how awesome revisiting England was, I want to give all of my favorite cities a re-do so I’m determined to get another Eurail pass and do it all again! Thank God Ben is English and I will have chances to go back because we never made it to Harry Potter World.

Were you a super tourist in London? Did you get outside the city for any day trips?