A Reality Check |I forgot how hard backpacking was

As I mentioned, living in India as an expat is much breezier than backpacking through India for a variety of reasons like budget and familiarity.

Before I started my kickass goMowgli tour of Karnataka I had to get myself to Mysore from Goa. I’ve been on a bit of a I-hardly-have-an-income budget, so instead of flying I opted to go by bus. GoMowgli staffers use the Volvo’s when they come to Goa and assured that it’s a breeze of a 16 hour ride. I figured okay what the hell- I’d rather do 16 hours straight and watch movies/sleep then have to take a train which switches in Bangalore with a small wait in the middle of the night. 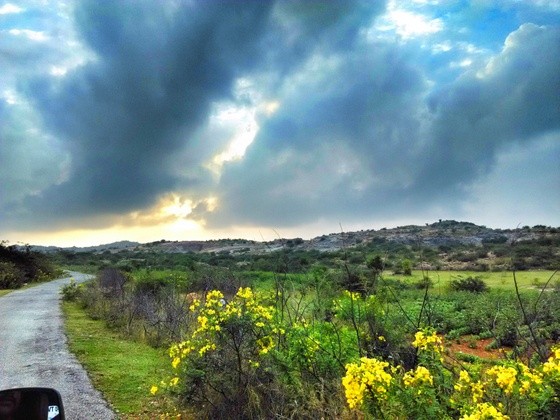 All was swell… the bus had about 10 people on it. All men, but I wasn’t bothered because I’m used to being the only girl and on a Volvo it’s always safer than local transport (I would explain why, but I’d probably come off saying something politically incorrect).

The Bollywood music was blaring on the TV in the front and I was struggling to sleep… but all while in my cozy A/C bus with an empty seat next to me, legs stretched out.

Little did I know it was about to all change. The Volvo Fiasco.

We’d been on the road about an hour and half when the bus stopped and some men got out and starting tinkering around with the this or that and after an hour informed (not in English I might add) that the clutch was broken and we’d have to take another bus, but no fear, it had arrived!

I looked out to see a packed to the brim local bus and let out a, “Oh hell no!” I am not taking an effing local bus all the way to Mysore!

Well in that case…. okay. (looking back, he was obviously lying to avoid getting yelled at by a crazy foreigner.)

I grabbed my backpack, small electronics backpack, and FULL SIZE PILLOW I brought thinking “hey, it’s a Volvo and I’m going on a proper bus tour after, I might as well be comfortable.”

I literally could barely fit in the local bus and struggled holding all my stuff for the 30 minutes to the bus stop.

Once at the bus stop, we waited around for about 45 minutes while local bus after local bus came through packed too full to fit us 10 stranded Volvo people.

Finally, the last bus of the night came and we were told:

get on or get a hotel.

I talked to Ben who knew some people near where I was but I finally decided screw it, if I don’t do it now I’ll end up doing it tomorrow all day. Ill sleep in Mysore.

To say that my anxiety was high would be downplaying it. I don’t know what came over me, but I had tears in my eyes telling the Karnataka Bus People (whoever they were) that this was bullshit- we’d paid about 10x the price for a nice bus and now are jammed on a local one STANDING with all our luggage (on local buses in India there is no place for luggage except tiny space on top which fits all of nothing) for 13 HOURS!

I got on begrudgingly and dropped my purse while trying to get up the stairs. With my big backpack on my back and the small one of my front, I looked down but like a pregnant person couldn’t see my feet. I was looking and couldn’t find it as the bus pulled out. Like a lunatic I yelled, “Stop the bus!! I can’t find my purse! I think I dropped it at the station”  The bus attendant picked it off the floor, rolled his eyes, and said something extremely hilarious to the other Kannada speakers on the bus. Ha, ha crazy white chick is having a melt down!

Then I almost got lucky.

After time I got a seat, only for the bus attendant to decide he’d like it and I’d have to get up. Back to standing.

Ages later, a seat opened which was a 3-seat bench already seated with a mom, dad, and child. The child was in their lap and there was space for me! I sat down but within 5 minutes the sleeping 5 year old was lying across us all with her head in my lamp. My god…. I couldn’t even put my pillow in my lap and lean on it, lest I suffocate her.

Around 4 AM a new seat opened and I called it faster than I’ve probably done anything in my life to luckily get two hours of sleep on and off before arriving in Mysore.

Why am I venting about this little thing? Because…

This kind of thing happened ALL THE TIME as backpacker. But I haven’t “backpacked” India in two years. I forgot how hard it is. Since being an expat, I fly more or take 2AC trains. I drive a lot and local buses have been a thing of the past. Even shitty food is in the past since Goa has the best food. 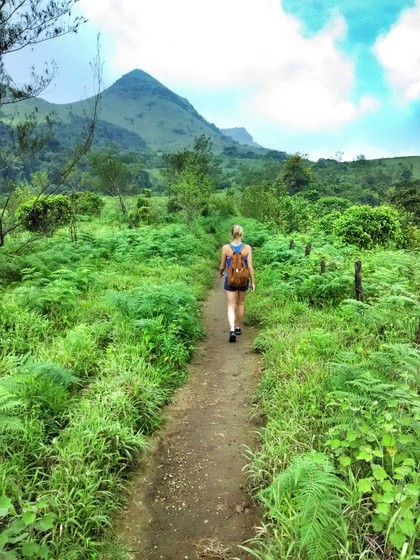 It’s seriously stressful and annoying. Luckily, I slept all day in Mysore because I wasn’t there as a backpacker, but I remember when I was on tight schedules to see everything and would skip sleep to see temples or palaces. Sleep was never a priority when backpacking.

Expat life in India is a spoiled existence. I love it. Thank god for this goMowgli trip- it was my first tour but came at a great time because I am no longer a sleeper class, local bus, 250 rs guesthouse girl. I can do Volvo bus, even 3 AC train, or a 500 rs a night guesthouse… as long as the bus doesn’t break down.

If you’re lugging a backpack around Goa, I promise I’ll stop in my Omni and give you a ride wherever you’re going (for 15 rs per km. JK!)! I needed my own backpacking India Pep Talk.

Seriously, people who backpack India, especially solo, deserve some kind of award… most likely an award of Patience. 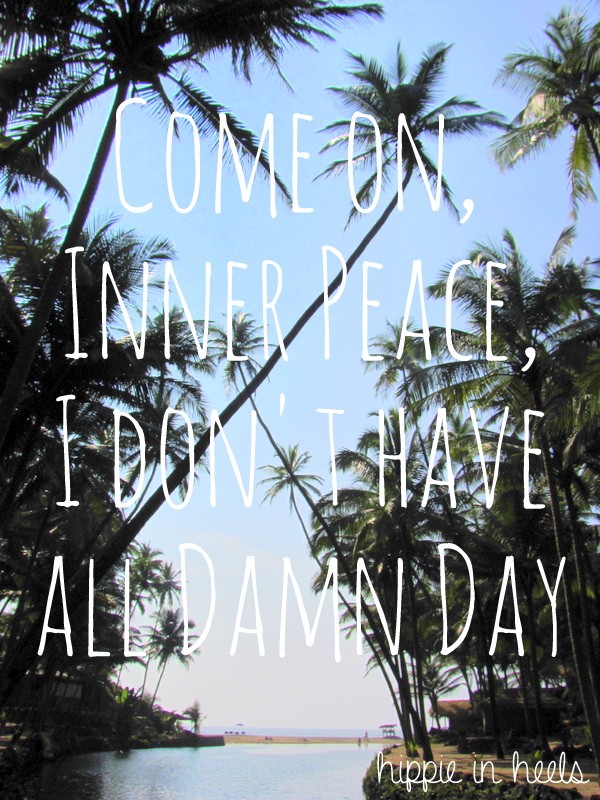