That Time I Called my Couchsurfing Host from Jail…

Barcelona pickpockets are notorious… here is my embarrassing story of being their target. Nothing makes you feel less traveled then getting scammed!

“Hi this is Rachel, The American girl that’s staying with you.”

CS host: “Oh great, you made it to Barcelona, where can I meet you?”

“Just, like the police station. No big deal though. It totally wasn’t my fault”

Not the best starting line to get a good review on your CS page, but it had to be done.

I had arrived at the train station from Valencia, and was on the metro to the center of the city. I hadn’t yet got the chance to SEE Barcelona. The train was packed, and I held on overhead. These 4 boys kept bumping into me and I was a little annoyed but let it go. When our stop came, my travel buddy Megan jumped off, but I couldn’t. These guys were blocking my way from getting off the train! As the doors beeped to close they jumped and took off- not expecting me to follow.

I wasn’t sure right away what had happened but once I noticed that my camera was missing from my purse it made sense. They tried to trap me on the train so we didn’t get off at the same stop. Smart fellas! I threw a mini-fit because it was a brand new Canon I’d gotten for my birthday. Then, I thought you know what I’m going to find those f*ckers. I left my bag with Megan and took off through the train station. They weren’t as smart as they thought because I spotted them too quickly. After a short chase I had one by the backpack and I started yelling. I made a very American scene, which I’m good at in moments trouble, especially here in India when I’ve feeling unsafe. “He robbed me! Check his backpack!” 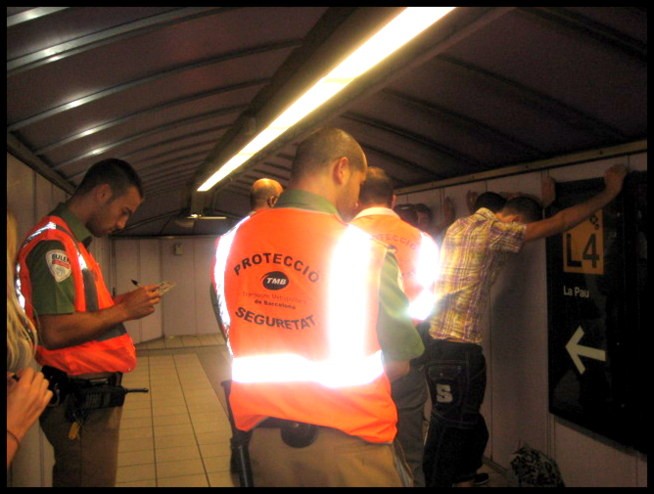 I might have just gotten pick-pocketed, but above all i’m still a tourist ;)

Security held them up against a wall, all four of them, searched and found my camera… with all my photos deleted and replaced with ones of their faces. Because obviously, it was their camera, or so they claimed. But seeing the designer sunglasses, iPods, and other stolen goodies from a hard days’ work the police agreed it was mine. Buuuut they weren’t going to just give it back to me. In Spain this was a felony and I needed to fill out a report because my camera was confiscated material.

Off to the Police Station… 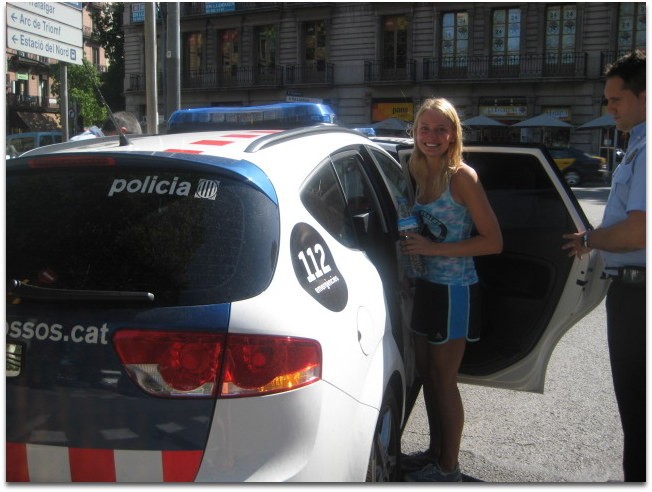 So I finally got to see Barcelona… from the back of a police car. Cute. I filled a report out without a translator using my poor Spanish skills to their Catalan. It went something like this: “punta… muy mal”. That’s my way of saying they’re bitches and its very bad what happened. It’s a little comical in retrospect. 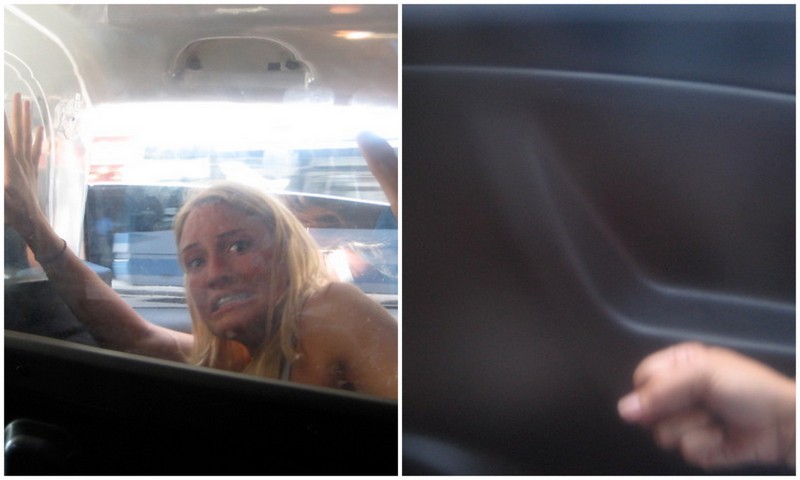 “I’m trapped in a glass case of emotion”  -anchorman 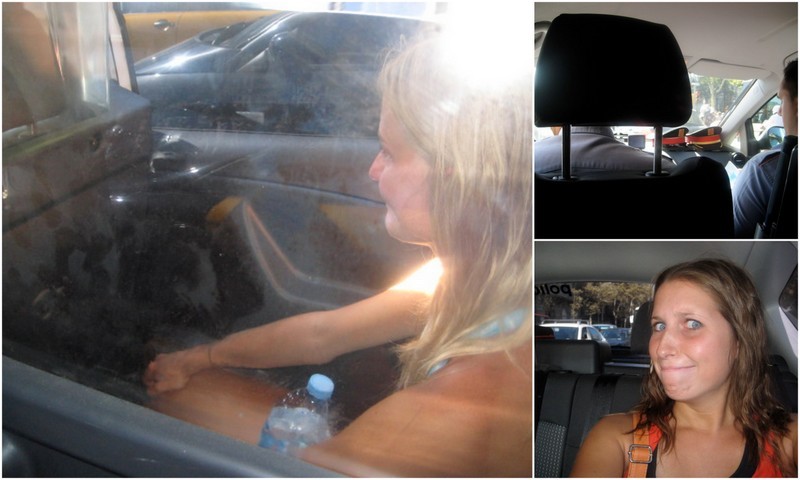 My host came to get me, I got my camera back, and those losers spent who knows how many nights in jail.  I was informed they had to go to court because of the cost of the camera.  Luckily, my cousin’s genius husband found the deleted files and I got all my photos back. Luckily, my couchsurfing host was really cool and helpful. One more perk of using couchsurfing while you travel, just remember to be safe! Despite the rough landing, the rest of my time in Barcelona was spent eating tapas and sipping sangria!

Sign up for Couchsurfing ASAP! It makes traveling Europe so much more FUN not to mention lodging is free. 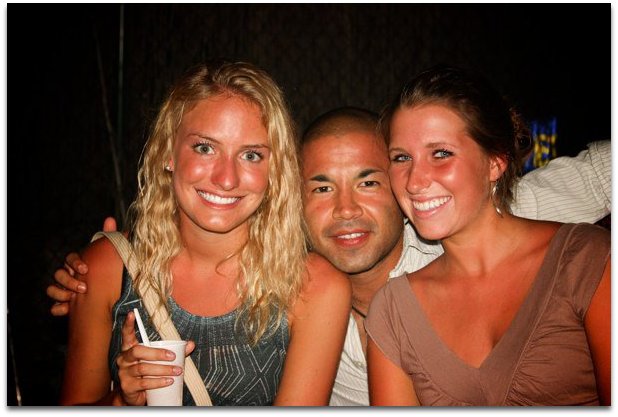 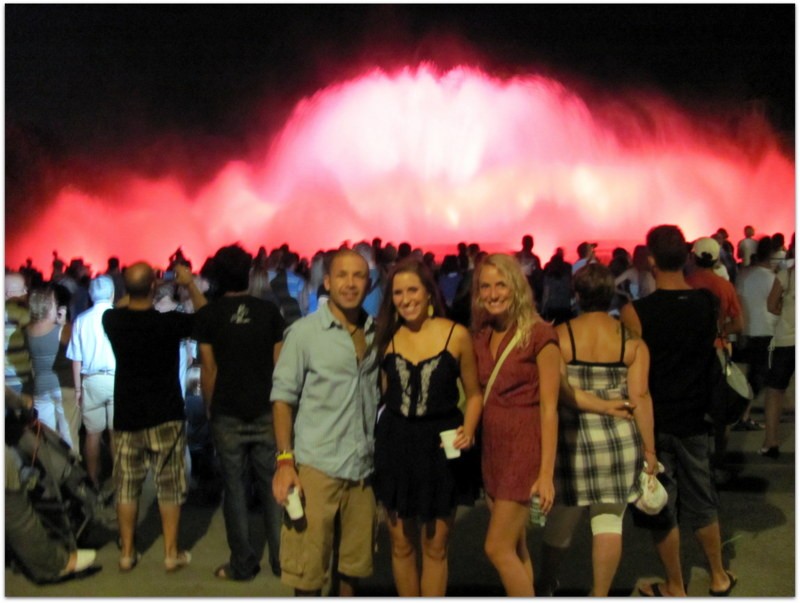 If you ever delete your pictures accidently, take the SD out and keep it for someone to retrieve them and GET A NEW SD. If you take photos on the same it will overwrite them. I always carry an extra SD card with me anyways in case I go photo crazy. 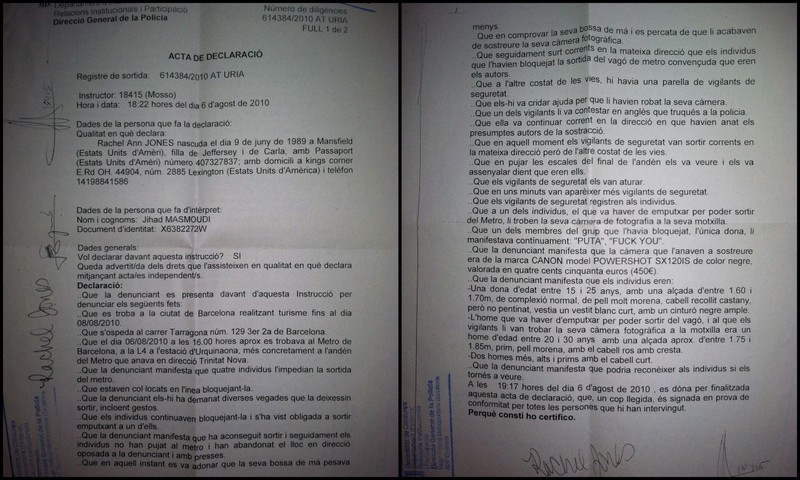 Scams happen constantly to tourists and pickpocketing happens to even experienced travelers. Thieves are good at what they do and although it’s a bummer it might happen to you. Keep an eye on all your stuff especially on transportation. Getting pickpocketed is almost as bad as losing your luggage. If it hasn’t, consider yourself lucky, but don’t let your guard down or you’ll be making out on a beach in Thailand and realize your purse is gone, clearly stolen by pirates. But that’s another story.

If you do get robbed and don’t get your things back, you can claim it and get the money back to buy new things IF you have travel insurance. It’s SO important! I didn’t have it back in these travel days but now I always use World Nomads Travel Insurance. 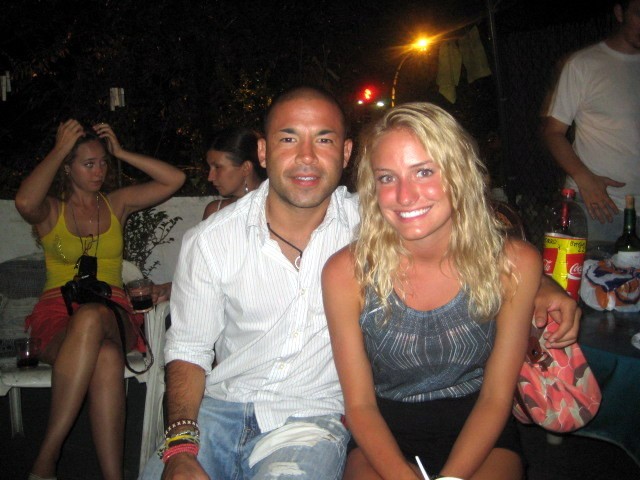 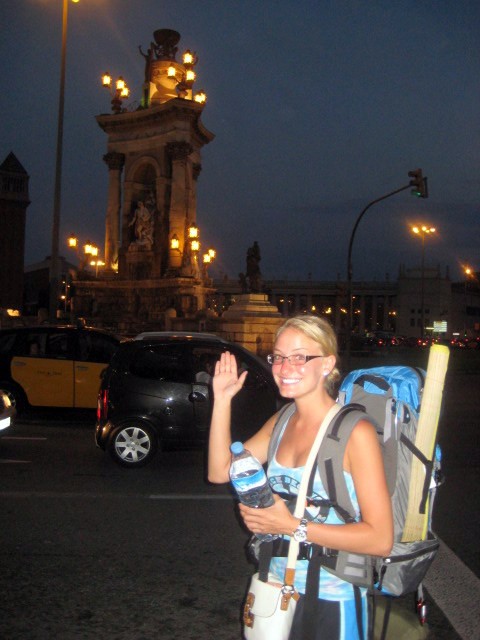 Have you been scammed or robbed? Have you had to waste your day filing a report?