There is nothing like the comforts of home. By home, I mean Anuar’s apartment in Barcelona. My superhero couchsurfing host picked me up from the police station after I was pickpocketed and filled me up with pasta and beer while I sulked that my photos were missing. There might have been a couple tears.

To recap: at the start of my 72 hours in Barcelona, my camera stolen on metro, chased down thieves, thieves deleted photos, got camera back.

There was only one way to remedy the situation: alcohol, tapas, and sangria in Barcelona. 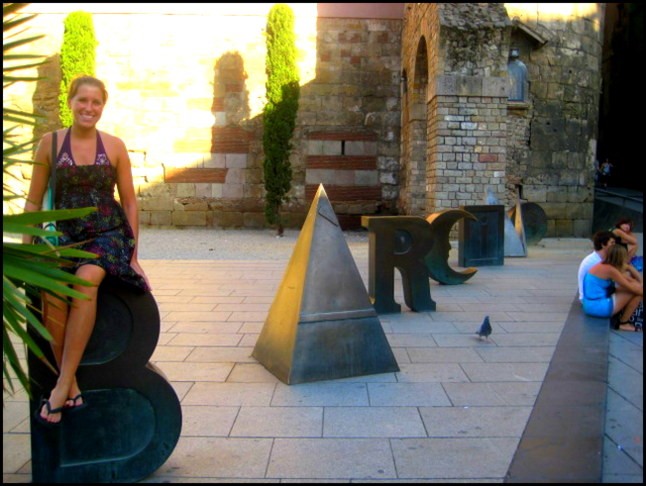 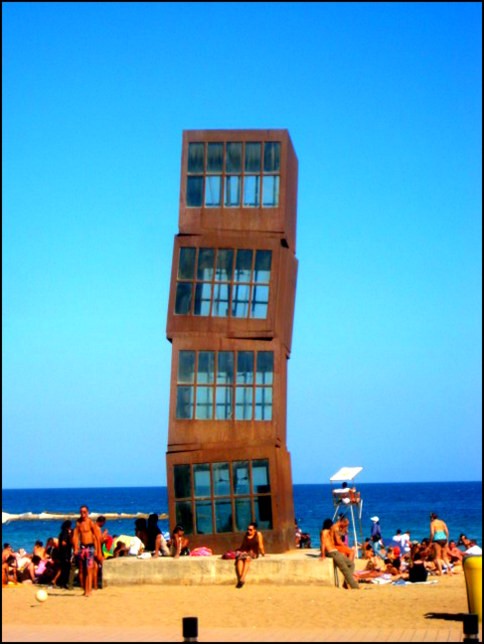 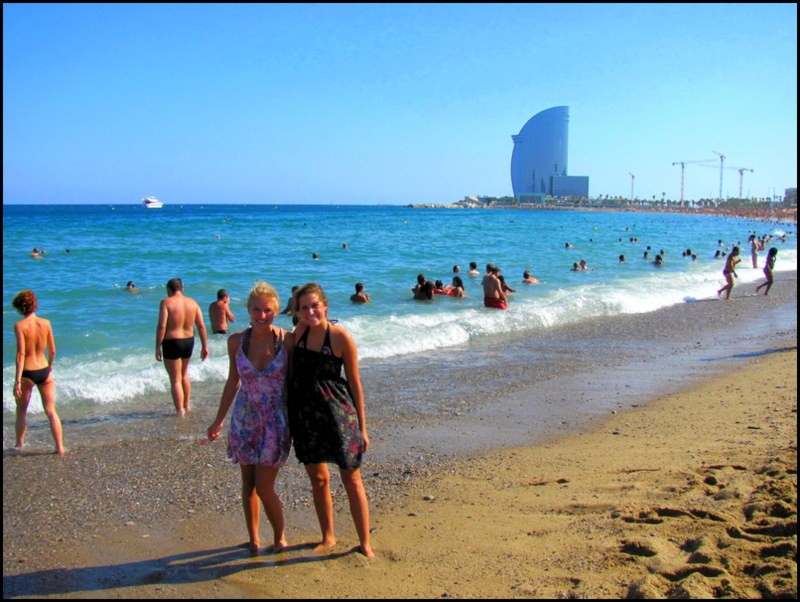 It was early, and in Barcelona parties go until 6 or 7 in the A.M. We had a good 12 hours to go and since no one goes to clubs until after midnight, Anuar, our tourguide (just kidding, but one of my favorite reasons for using couchsurfing) took us on a tour of Barcelona for a few hours.

We drank a bottle of wine outside the King’s Palace and watched the fountain light show dance in tune with the music.  Street performers lined the edges as we walked on to the Olympic stadium. It was gorgeous all lit up at night. 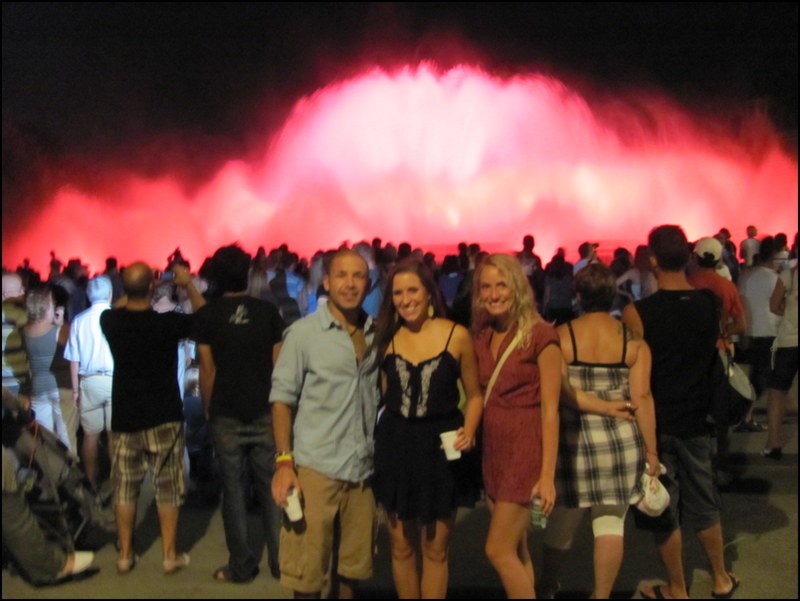 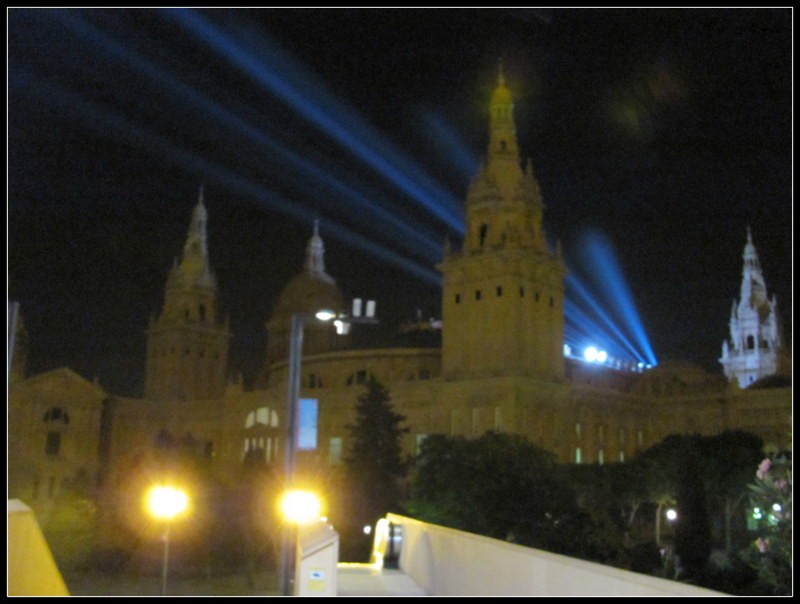 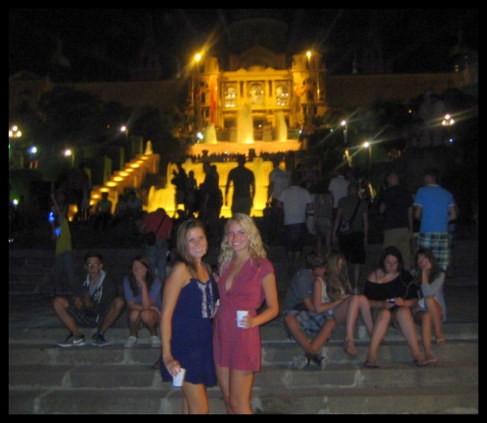 By three A.M. we finally left the small bars, and went to the main clubbing area, Port Olympic. It’s near this artificial beach with a giant goldfish and twin towers. You can see all the boats lined up, but be careful on the sand there- it’s little rocks and my weak baby feet couldn’t take the pain.

Why was I barefoot you ask? 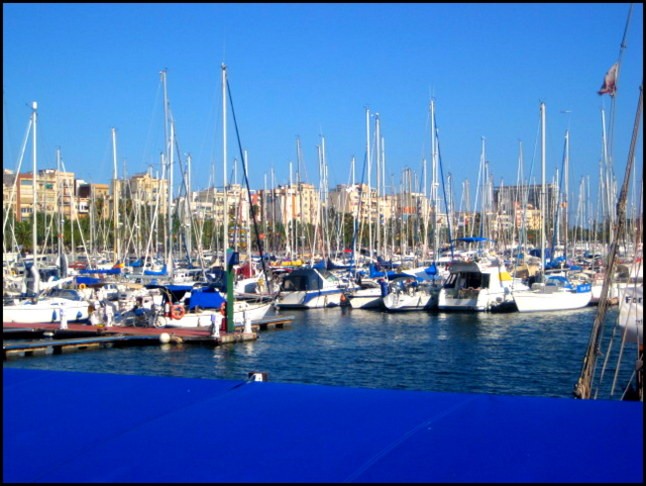 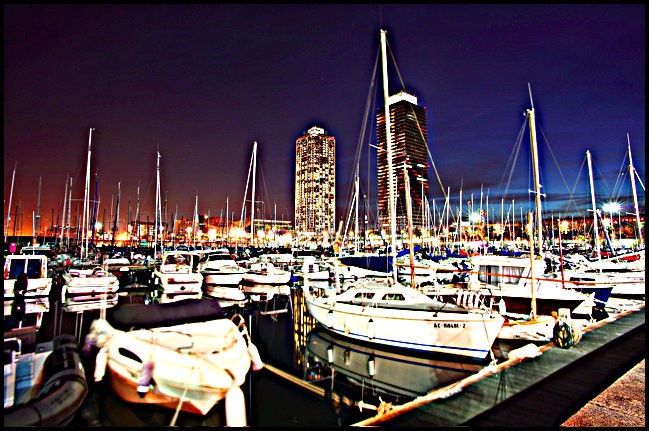 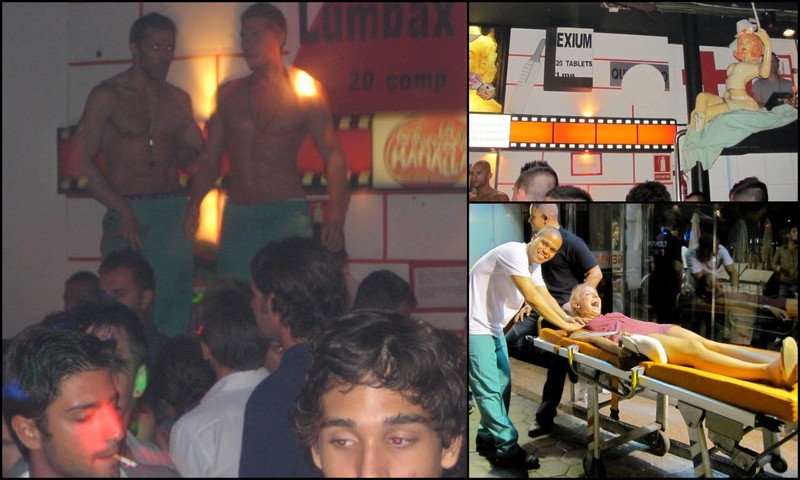 Another night out took us to Razzmataz. FYI it’s about 15 Euro to get it. So bat those eyelashes, unless you’re a guy and you’re out of luck. I’ve been nowhere like Barcelona when it comes to partying.

Megan and I danced for 4 hours straight and made it home after the sun came up. Megan was in a salsa dancing zone with 4 boys that she couldn’t decide between, I was more about vodka. Lots of vodka. Can’t even think about it now (barf).

Thank heavens we were with a local guy who could take us to the best places for tapas. I have never had such great food, ever! I also didn’t know how much the Spanish love honey mustard. We bounced from tapas place to market, to bar, to tapas place all afternoon. We wandered around the antique looking Gothic Quarter until sufficiently stuffed and a little tipsy, it was back home to get ready for another big night out. 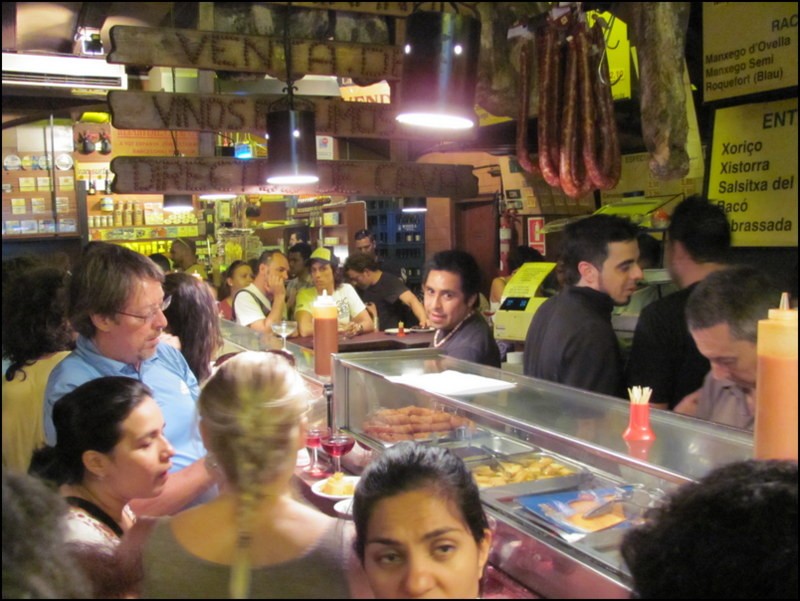 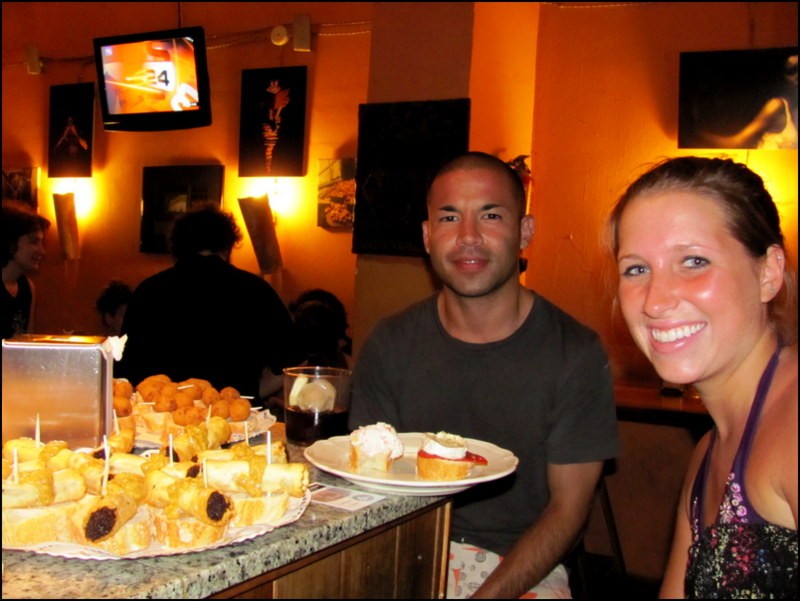 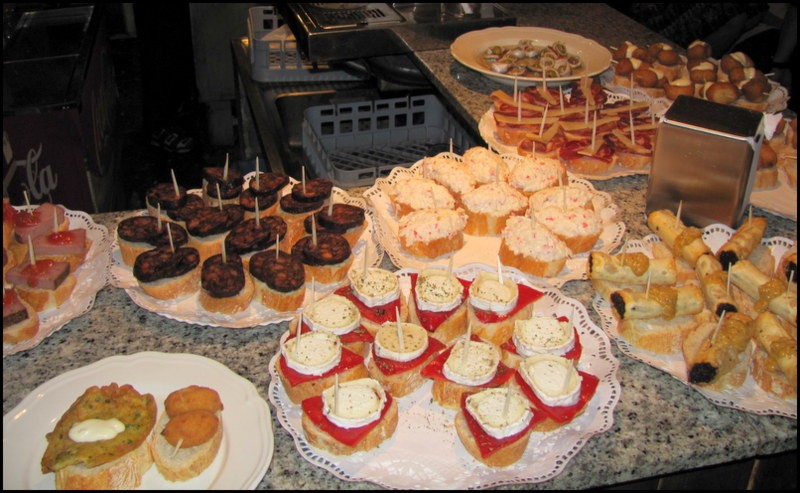 Where to get your Sangria fix: Black Sheep

What to get at the market: stock up on roasted almonds and peanuts, they make a great snack on trains and buses, are filling, and last a while 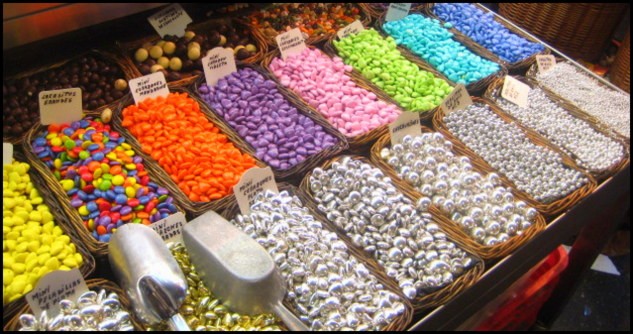 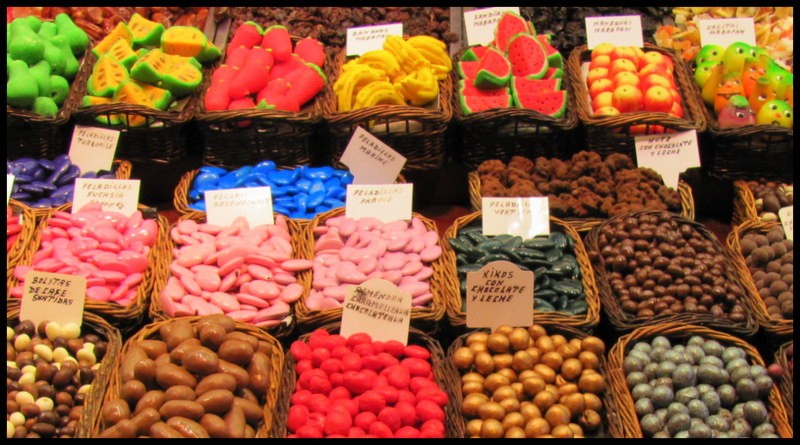 Park Guell is not only an astounding art work by Gaudi, but it’s also where you’ll get great view of the city. He was the first person to make chairs curve to fit your back. The park is so fun to walk through; it’s like being in a gingerbread house covered in icing and colorful ceramic tiles… or Disneyland. It’s a ‘don’t miss’ in Barcelona. 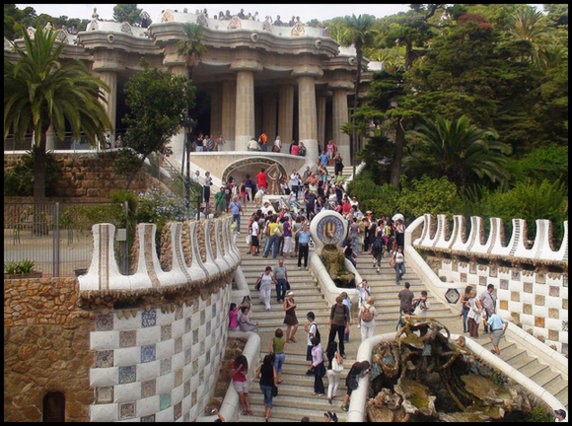 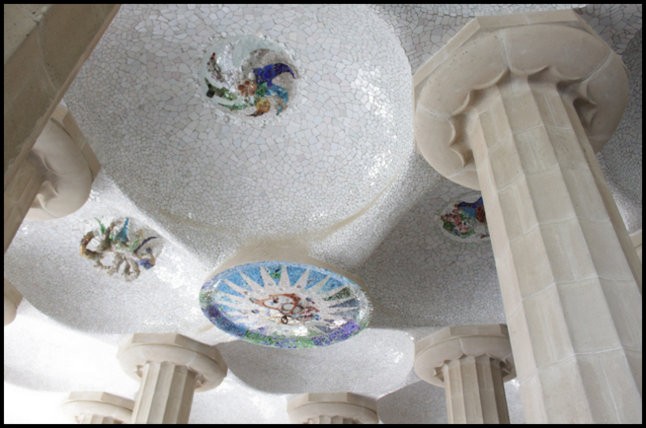 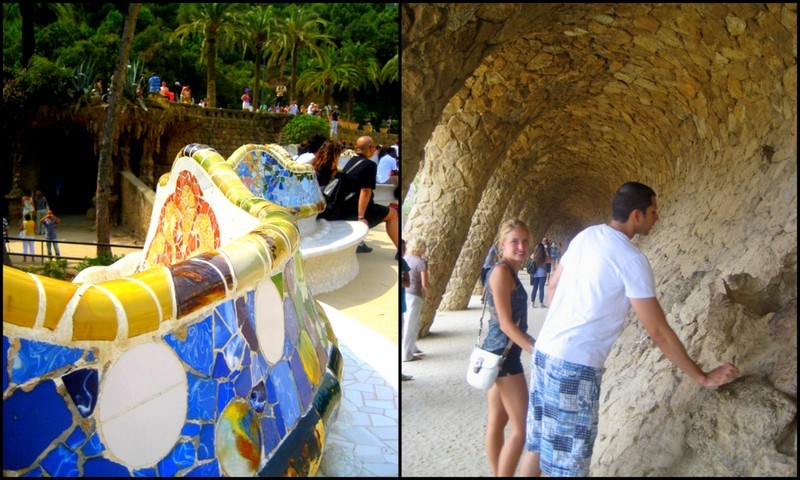 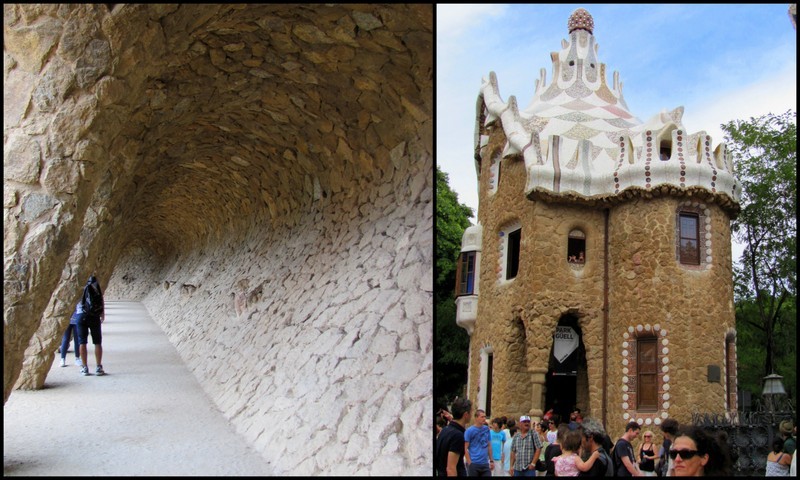 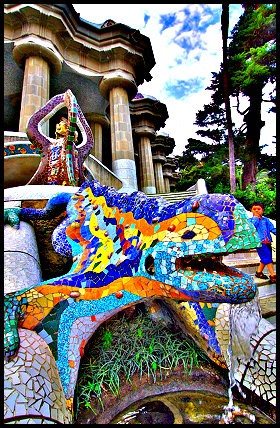 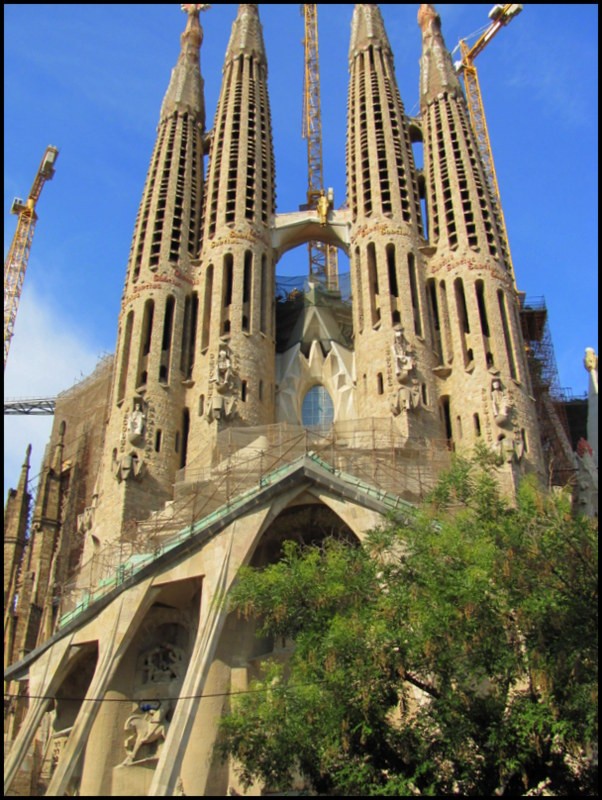 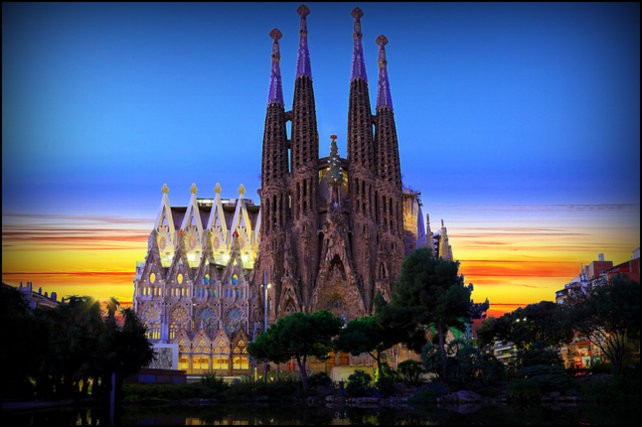 Anuar had 3 other couchsurfers come the day we left. We all recovered from hangovers, they made apple strudel, and we played Guitar Hero before Megan and I headed off to Athens. My backpack headed off to Russia for all I know, but that’s another story.

If you’re spending one week in Barcelona, or more, you can check out that link for more tips instead of just reading my story from there.