Are the Belur and Halebid Temples the most impressive in India?

You can’t spend a few weeks in Karnataka without hearing about the Hoysala a few times. Maybe you’ll have a guide mention it in Hampi, or near Mysore… or off the beaten path in Badami- but it’s bound to come up. They were the rulers of all of South India.

As I mentioned back in the temple information in Badami, Aihole & Pattadakal, they did a lot of experimenting; combining North and South temple designs to make up some cool new ones that they could call their own. I’m going to share two more amazing temples called Belur and Halebidu. These are some of the most impressive temples I’ve seen in India; curious to know if you agree! 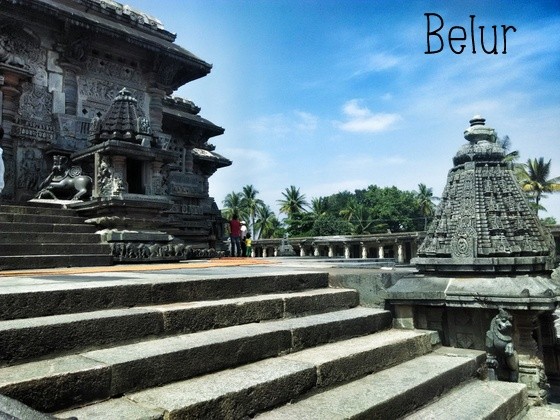 Belur is known for having some of the most intricate carvings in India. Out of the 92 Hoysala temples in Karnataka, Belur is the best. This temple isn’t just about worship but is about culture. Some parts are more for dancing and the sculptures are of dancers, while on the other side it’s stories from the epics.

This temple was built in 1117 A.D. and took three generations to build. It’s in great condition still. Technically, it’s called Chennakeshava temple, but most just know it by Belur, the name of the town. Like most Hoysala, the platform is star-shaped to increase surface area so they could build more. 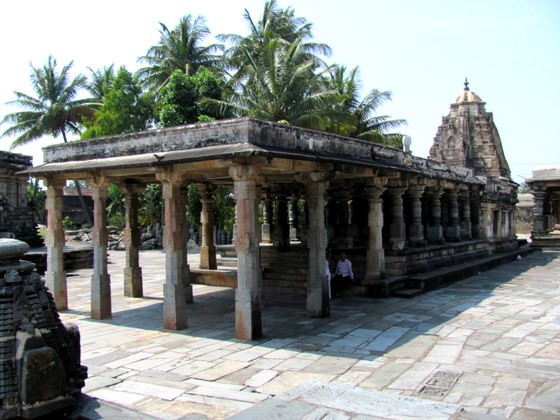 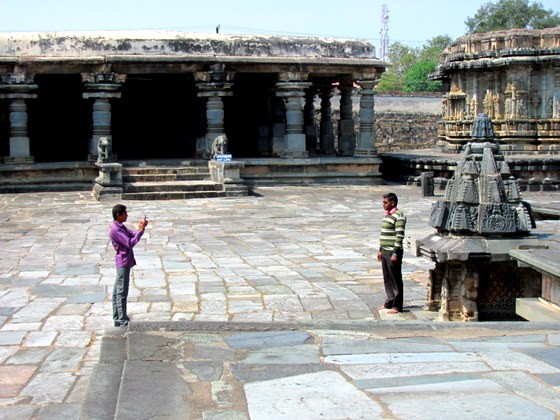 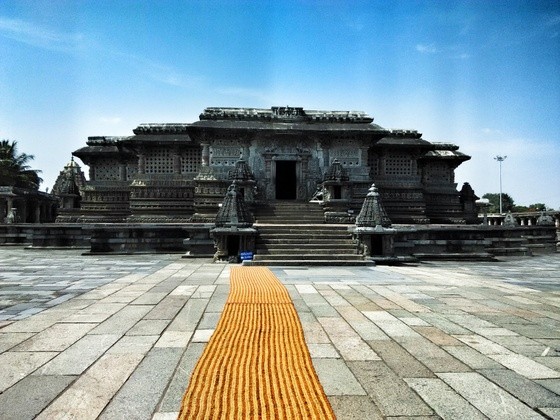 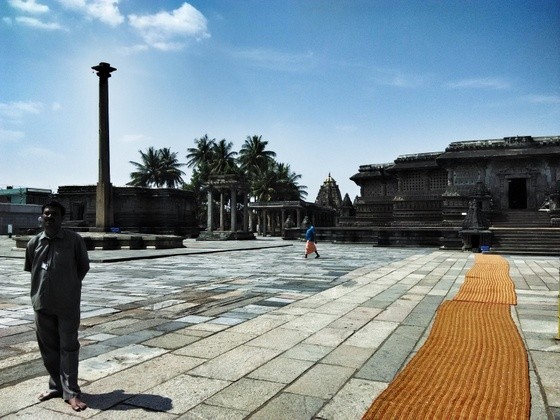 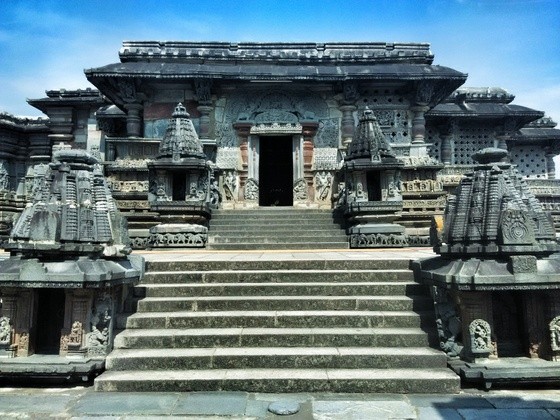 Now for the interesting stuff!

The boy killing the lion/tiger animal is the emblem of the Hoysala, some story about the kid being asked by his teacher to do so. 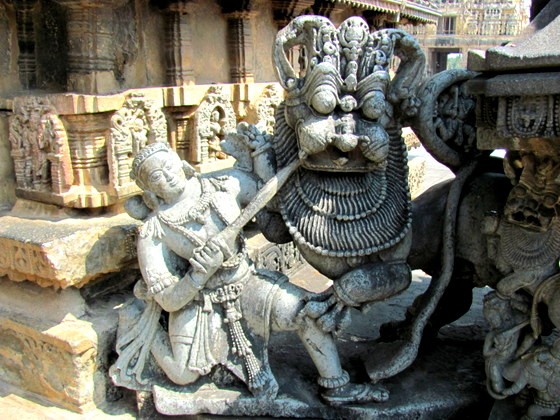 The king’s wife was a dancer therefore it had a dance hall inside and women dancing around the perimeter. Some had bangles made of the same stone but you could actually spin them on the wrist of the sculpture. They are so detailed, you can see a lizard catching a fly on one. The girls wore mini-skirts and one looks in the mirror putting on a bindi. 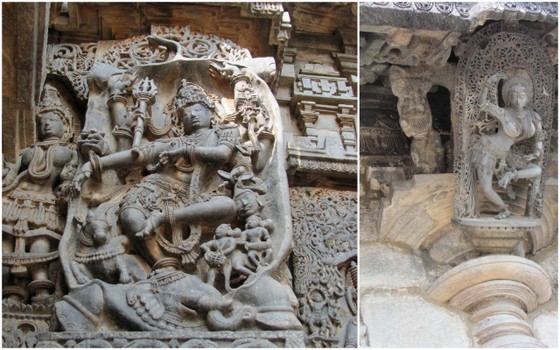 The temple is a Vishnu temple and one sculpture is when Vishnu was reincarnated as the perfect female which apparently means: 1/3 of your face is your nose, your face is 1/7 of your boys, your eyes are like a fish, your eyebrows like a bull. The waist is slender like a “lion” and the second toe should be longer than the big toe. 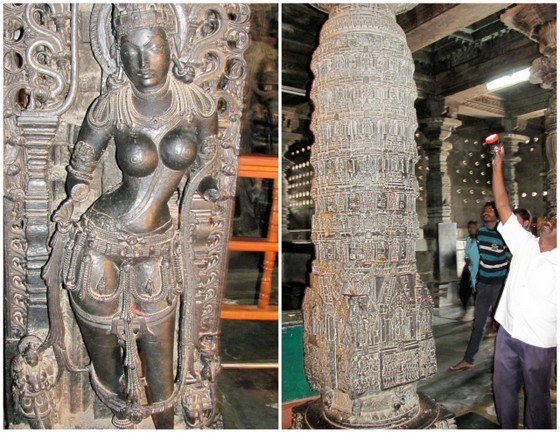 There are 644 elephants on the base of the temple (none of which is identical to another). They symbolize stability. Above is usually a horse for strength and a lion for courage. You can see one elephant is angry that another pushed him. 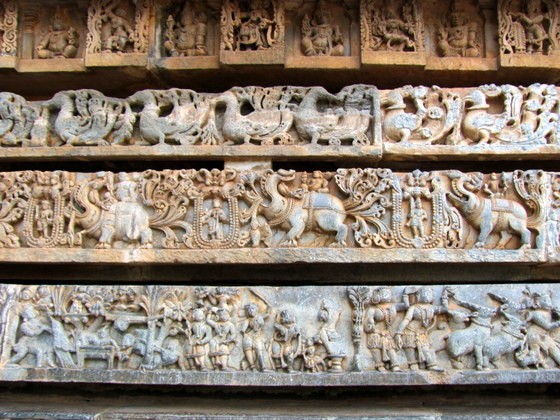 I loved the small details: one woman sari being pulled by a monkey, one man in Bermuda shorts, one syringing holi water to play, one sending a message through a parrot.

You see a boy with a girl who has a donkey as a head. This they say symbolizes that a 16-year-old boy would like even a donkey.

One of the intricate pillars used to rotate on ball bearings. 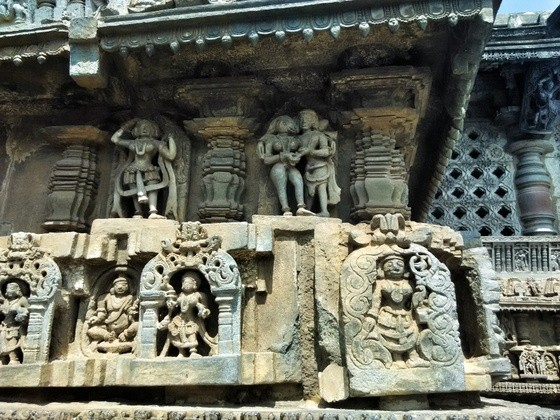 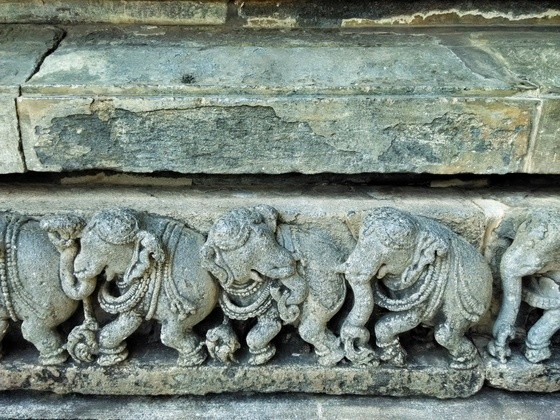 The mythical creature shown is the “perfect animal” and in much of Hoysala architecture. The creature has the tail of a peacock, body of a boar, feet of a lion, eyes of a monkey, ears of a cow, mouth of a crocodile, and the elephant’s trunk. 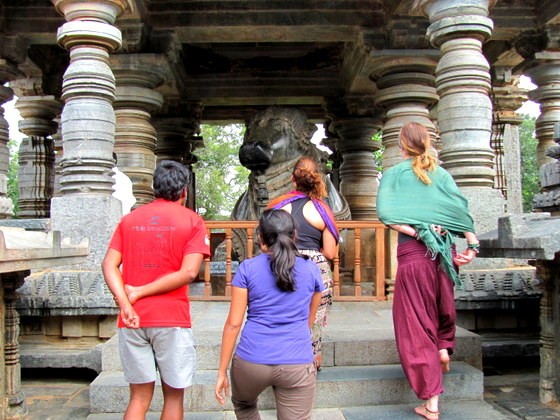 This temple is a little bigger but was destroyed more by Muslim invaders. You can see many pieces have also been stolen.

There are two Nandi’s here (Shiva’s bull) because it’s a twin temple. These are the 6th and 7th biggest in all of India. Being a Shiva temple, there is a Linga inside. 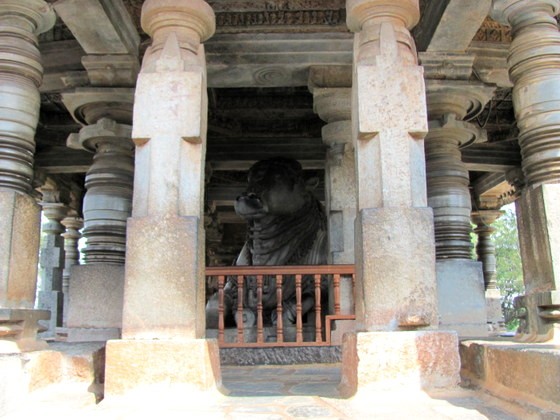 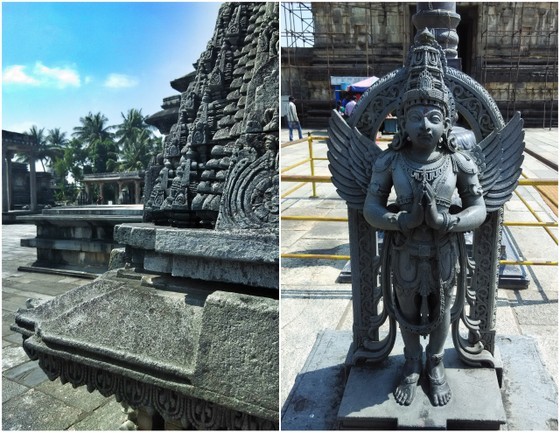 A few notable things from this temple: the hunter and huntress with their kill, parvati riding her vehicle, the mongoose, and when Shiva killed demon who had taken the body of an elephant. You can see him dancing in the elephant’s body with his nails piercing the skin. 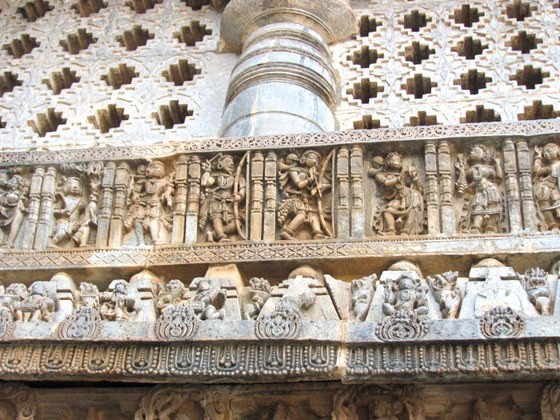 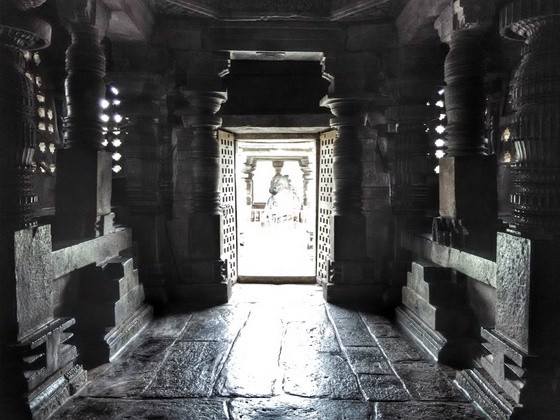 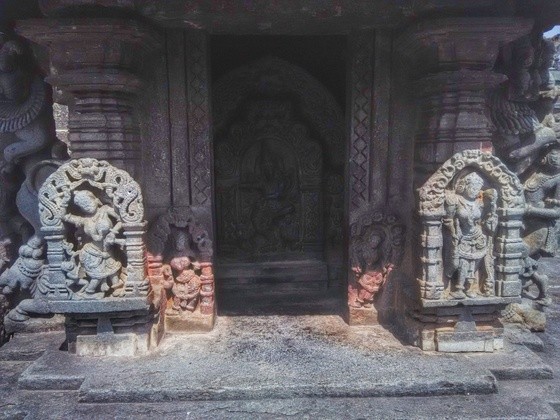