I was just in Bangkok for TBEX (travel blogging conference) and knew well ahead of time I was going to one. It was one of the only very planned out trips I’ve taken since I had to buy the conference tickets early. It gave me a lot of time to decide which hotel I wanted to spend those 5 days at. There are a LOT of hotels in Bangkok, and even a few options for boutique hotels. I found what was voted online as the best boutique hotel in Bangkok, the Maduzi, and was set on it! 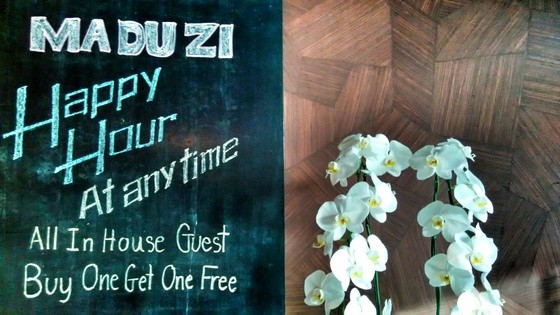 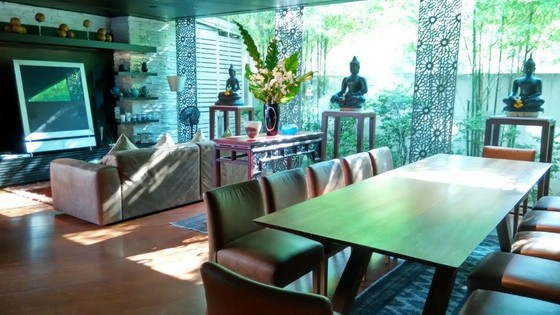 I was a little worried about flying in to Bangkok so early. I arrived at 5 AM. With no traffic, I knew I’d be to the hotel by 6. A lot of places make you pay for an extra night if you check in that early, or in a boutique hotel with less rooms there won’t be space. Maduzi always allows (if there is a room) a guest to check in as early as 6 AM so when I emailed the concierge about it ahead of time, they jotted down that I’d be arriving so early.

The staff there was really nice and the kid shyly said at 5:30, “usually we don’t allow check in until 6 am… but I’m going to let you!” Thanks kid! He gave me a tour of the room and showed the infinity bathtub saying fill it until it spills over, it’s supposed to!

The rooms at Maduzi Bangkok 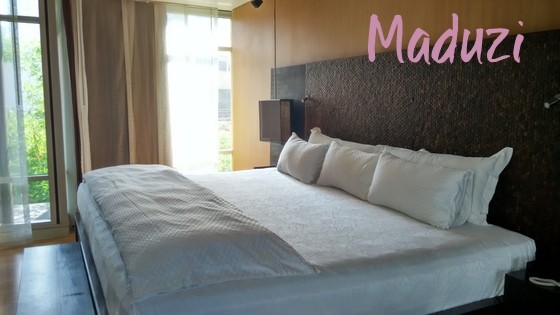 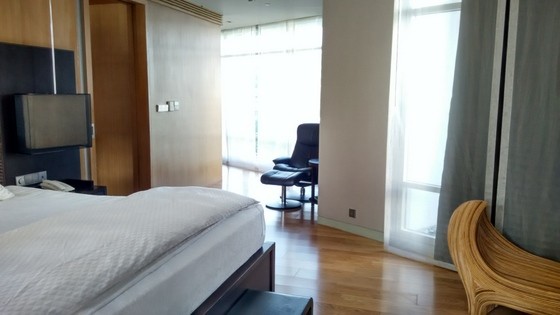 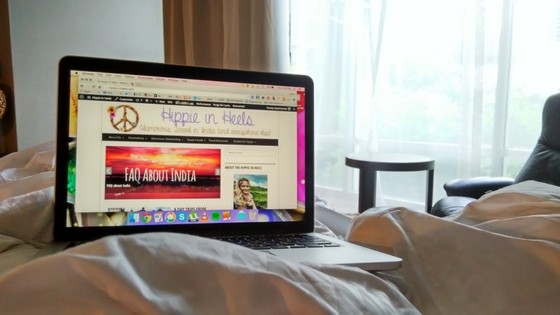 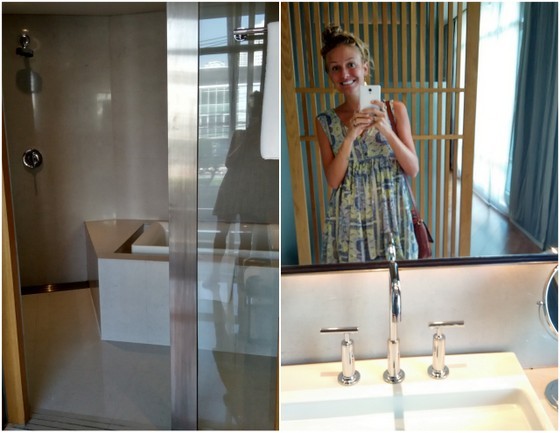 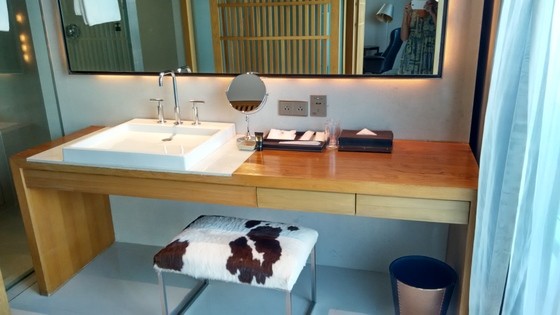 For me a room really just needs a big fluffy bed for me to like it, but add in a cow print bathroom stool and I’m sold. I just love cows. It’s the little bit of Indian in me now. Don’t worry it’s fake print! I tend to never stay anywhere more than a couple of days, so with 5 nights, I was happy to actually unpack my dresses and hang them up. 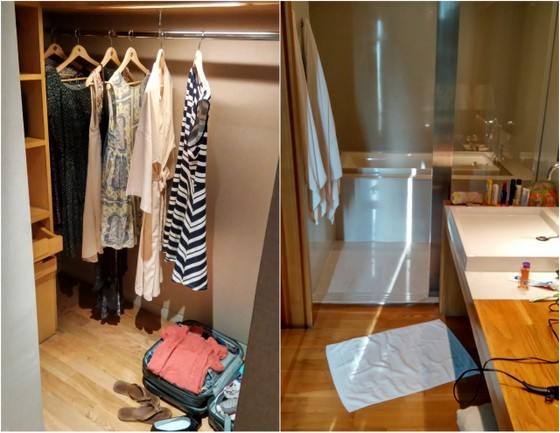 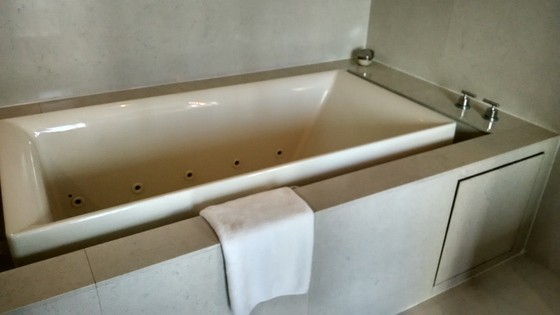 My friend Hayley was joining me a few hours later (I barely mumbled to her half-asleep then she crashed as well. We woke up at 2 PM delirious from our flights. It was nice to have a spacious room and since we’re both bloggers, we liked that we could link the WiFi to as many devices as we needed to.

The bathtub was much-loved by the Brit in the room (Hayley) since Brits have a strange obsession with baths! It was an infinity bath and we had a laugh because she was texting me while I was out saying “the bathtub won’t fill! It’s taking forever”. I hadn’t told her it’s an infinity and meant to spill over, like the guy told me when I checked in (whoops), so she was waiting for the infinity part to fill which of course never would! Too funny. I definitely think this is one of the cutest hotels in Sukhumvit and the best hotel in Bangkok I’ve stayed in so far.

Okay but we all the second most important thing after the bed is the FOOD!

The food at Maudzi Bangkok

The chef is Japanese and trained in France, so the food is a combination and really varied for a small hotel. Hayley and I both loved it! 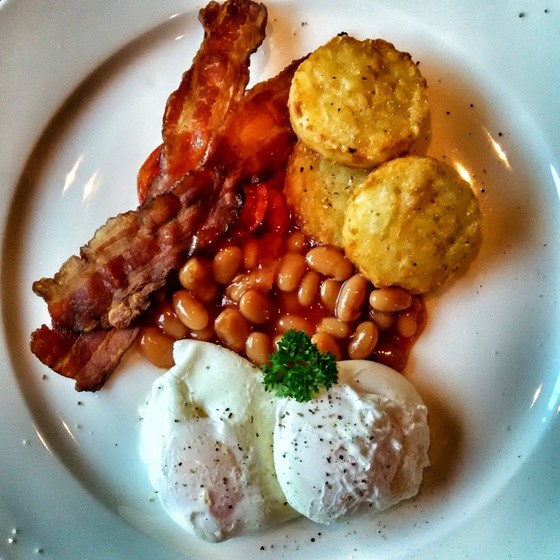 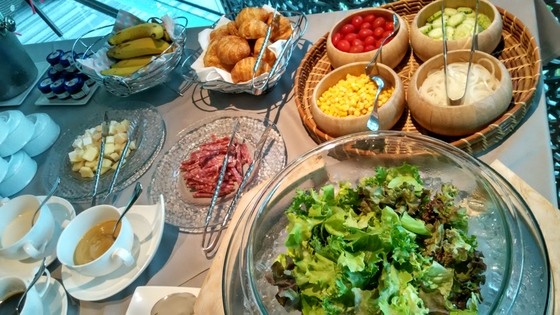 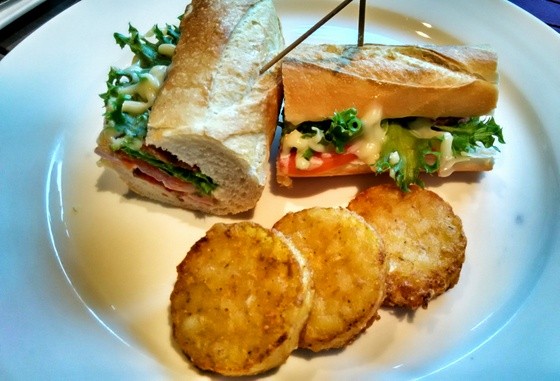 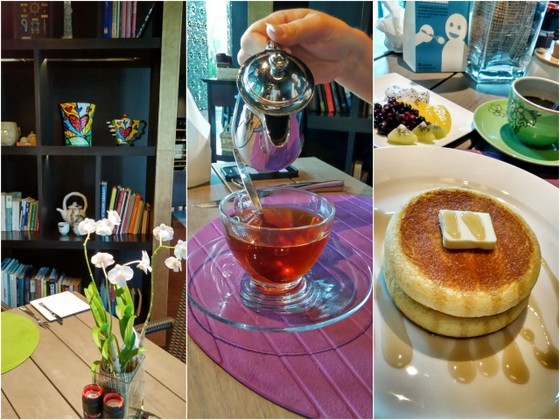 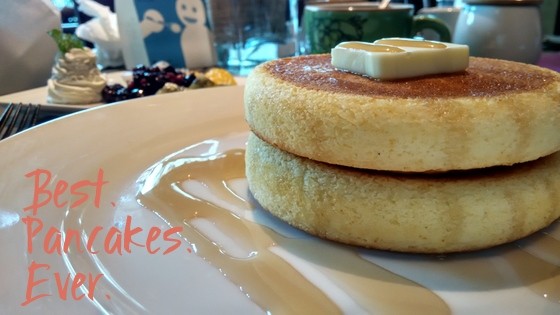 So, breakfast… it’s a meal I usually have no interest in, but this time I was ALL about it! I mean, a BLT and salad is breakfast in Thailand! That is my kind of start to the day. The pancakes were actual American pancakes with maple syrup, something I NEVER get in Asia and it was really this serious moment of happiness because I was so excited when they came out… looking back, I was probably too excited for pancakes, but it was like having breakfast in America. The English breakfast was good, as well as the American one (photo at the top) and coffee and tea was served all day with take away cups as well. 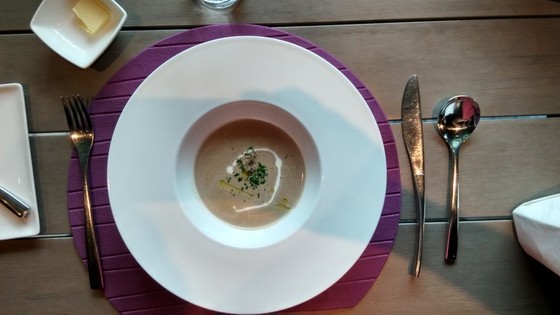 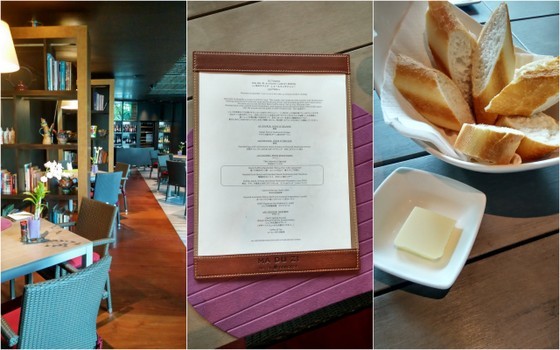 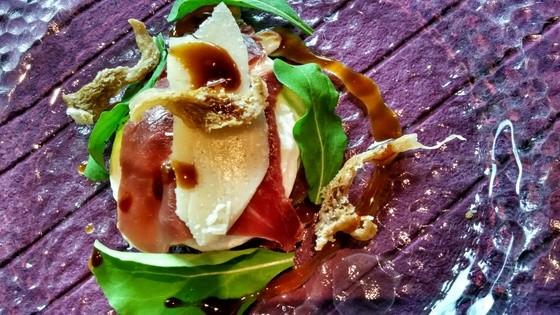 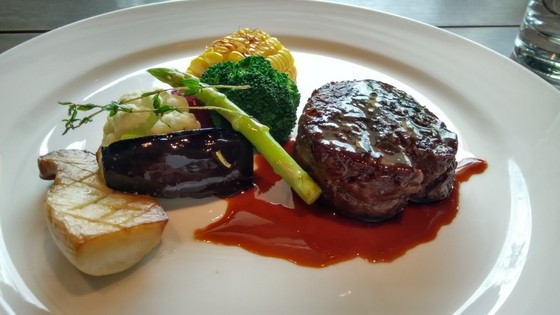 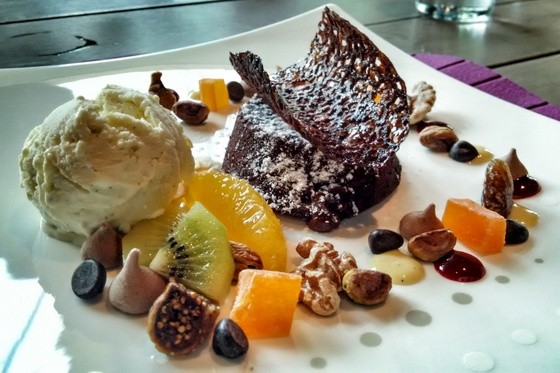 For dinner we did the 4 course special, and I chose to have mushroom soup, a salad with egg, onion jam, pancetta, parmesan, and mushrooms (mushrooms were the theme this month in case you didn’t notice). For the main it was veggies and steak and dessert was this Masterchef-like creation of chocolate fondant cake with an array of little goodies! It was all devoured.

The hotel had other great things like a gym, the happy hour (buy a drink get a drink) I mentioned above, and a coffee bar and FREE mini-bar in the room. I am pretty sure I’ve never stayed at a hotel which offers all guests free mini-bar access. It was a very nice touch! 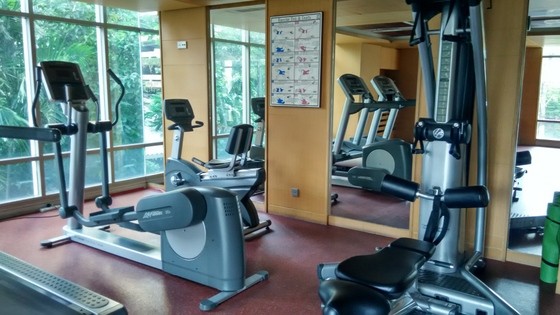 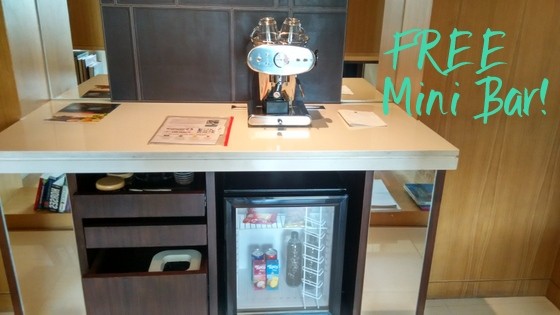 But in the end… the thing I’ll remember the most: the pancakes!! I mean, because look at that. They are so big. And fluffy. And that butter…. 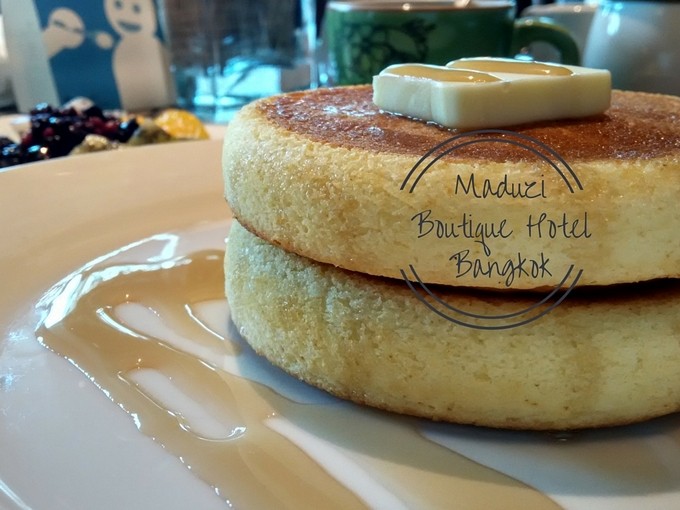 You can click-through the link above to book on hotelscombined.com, a great website for cheap rates, or you can book direct on their website. The hotel is in Sukhumvit which is a great area to stay in Bangkok. Enjoy!

This room was complimentary in exchange for this honest review.