Guide for One Day in Mumbai (Bombay)

Bombay (Mumbai) can be overwhelming on your first visit, but after multiple trips it’s much easier to get around with ease and see more of the amazing city. I’ll share with you where I took my parents in Mumbai when we only had one day. With just one day in Mumbai, here is what you should try and do. 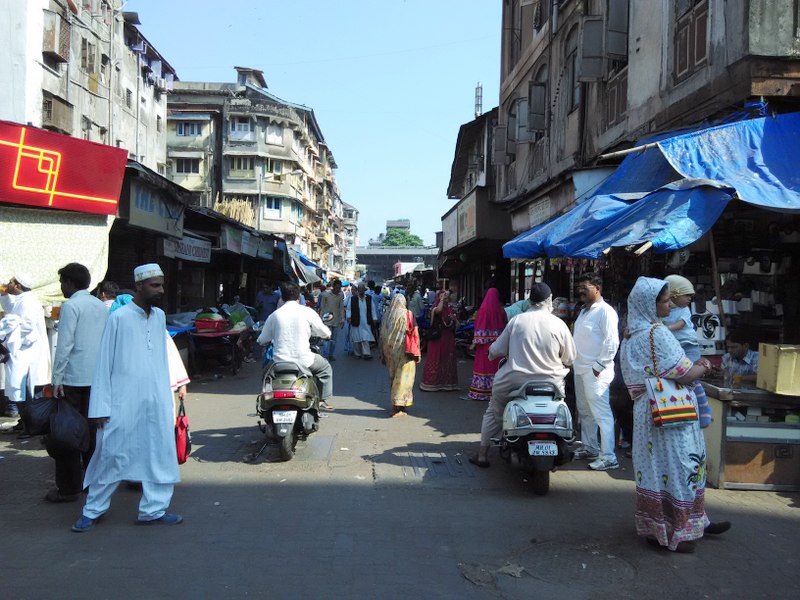 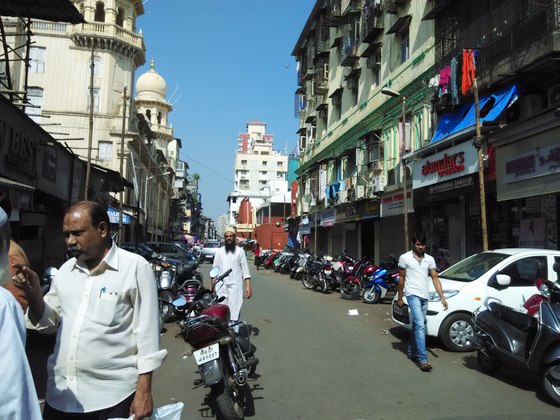 One Day in Mumbai: Tips on what to do with only 24 hours in Mumbai

1. Get Enough Sleep Prior

First, if you have guests coming or you’re flying in late – get a hotel room even just for half a night. My parents arrived at 2 am and I had Sai Palace pick them up. The business hotel was only 130 USD with free airport pick ups and drop offs. They were professional and it was clean. That night Ben stayed longer for work, and my parents napped at his hotel, Sahara Star, a very popular airport hotel. Sahara Star is pricier as it’s a 5 star but check for last-minute deals on makemytrip and cleartrip. These are both in Andheri East just 5 minutes from the airports. 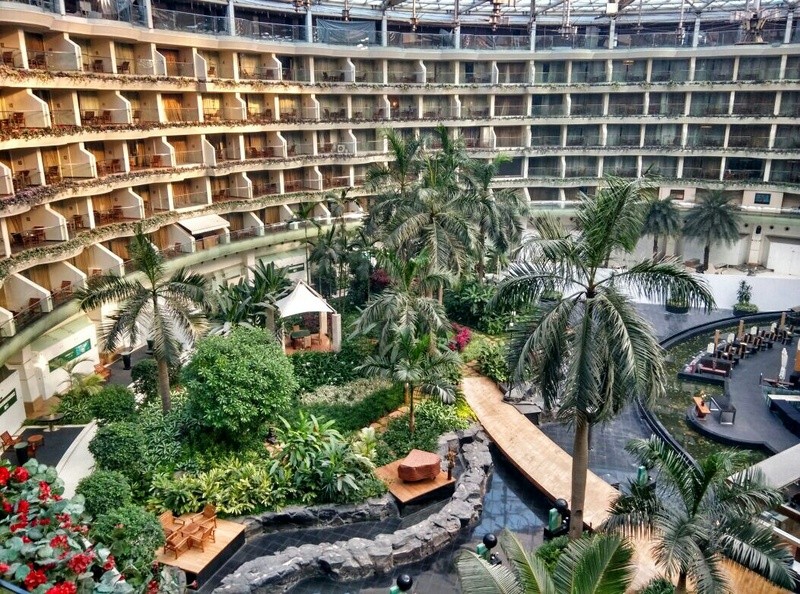 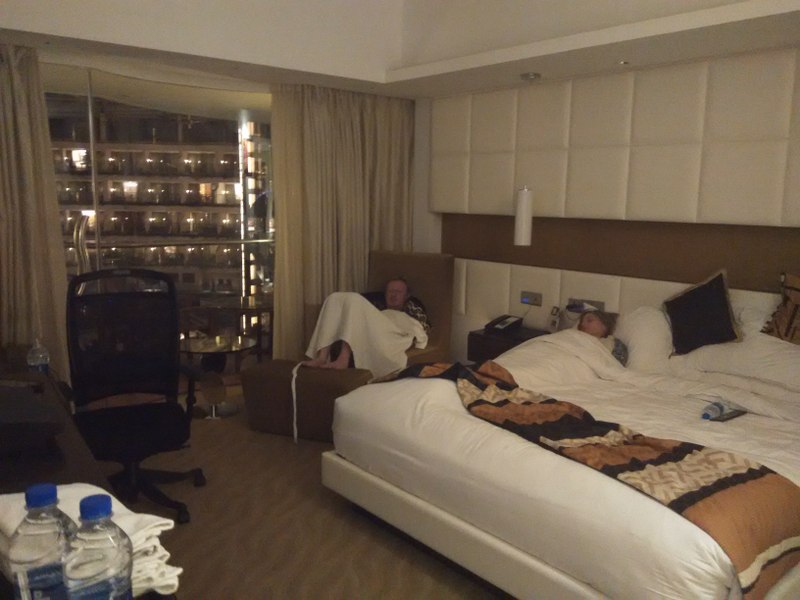 You can hire a car for 8 hours in Bombay for less than 2,000 rs which will be cheaper than picking up cabs and leaving them for another between each location. I recommend taking the slow local (tips on riding the local train in Mumbai here) from Andheri to Colaba to miss traffic and experience that “rush” of the city. Bombay is a great place to get in a rickshaw and take a cheap ride through the traffic. I made sure to take a hired A/C car for my mom and dad and we took the new(ish) Sea Link for a great view. 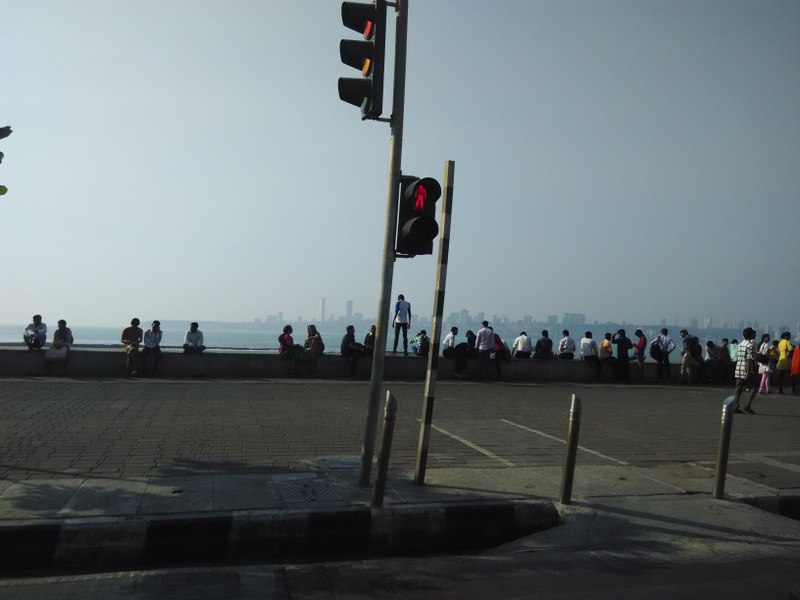 Colaba is at the Southern tip of Bombay and much of the tourist attractions are here. To be clear, Bombay isn’t set up for tourists and there aren’t many attractions. It’s the “experience” you want. First we checked out the Gateway of India, but the line was insane so we looked from afar. This is the #1 attraction in Bombay by far. It was built in 1911 after King George showed up, and years later, the last Brit soldiers would leave through this very gateway. 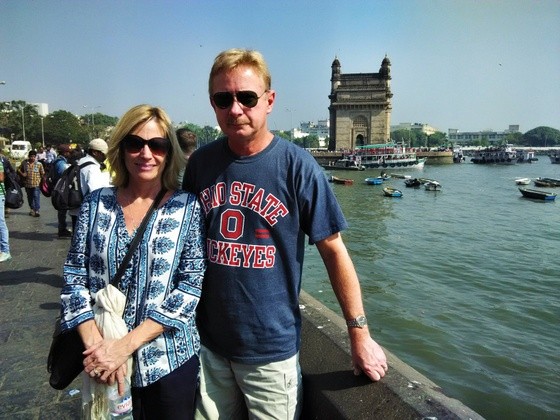 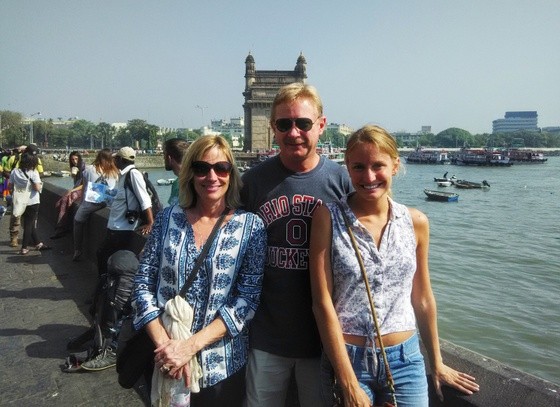 Next, we toured around the Causeway and let my parents peak in on every day life (in such an upscale area: think high-end stores and restaurants) before popping into the Taj Hotel to see the Christmas decorations. Ben had a friend staying there so we could explore the pool and other areas. There was a terrorist attack here in 2008, so security is tight. This might be the most famous hotel in India. Really want to shop in Colaba? Hit up: 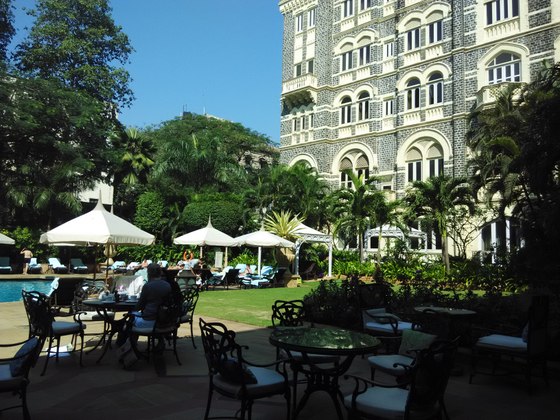 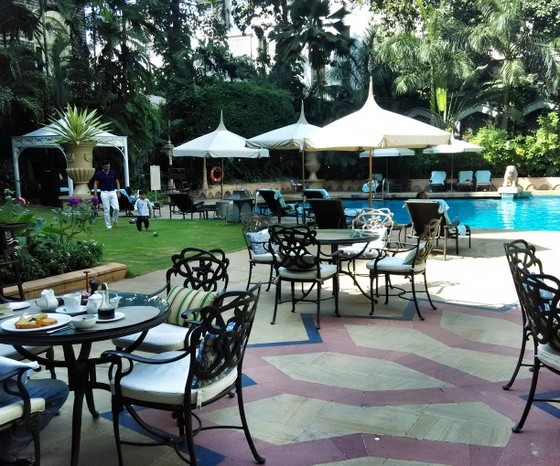 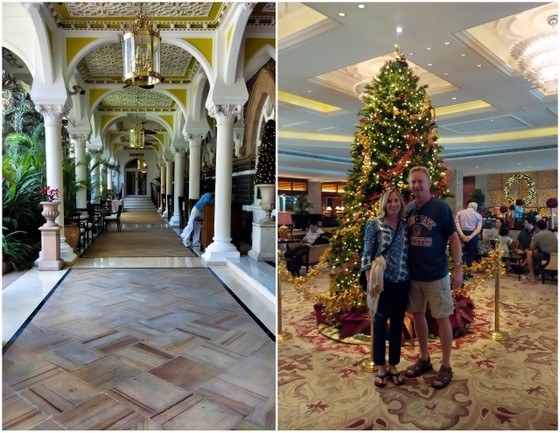 Leopold’s is a bit of a let down, I’ll admit, but its the nostalgic aspect that brings people back for more booze here. Made famous by the book Shantaram (read inspiring books about India here), and world-famous during the 2008 bombings (you can still see bullet holes), tourists come in for their mid-day beer. This was once a backpacker’s spot and even two years ago while backpacking myself, I made a stop in and met a couple of friends. 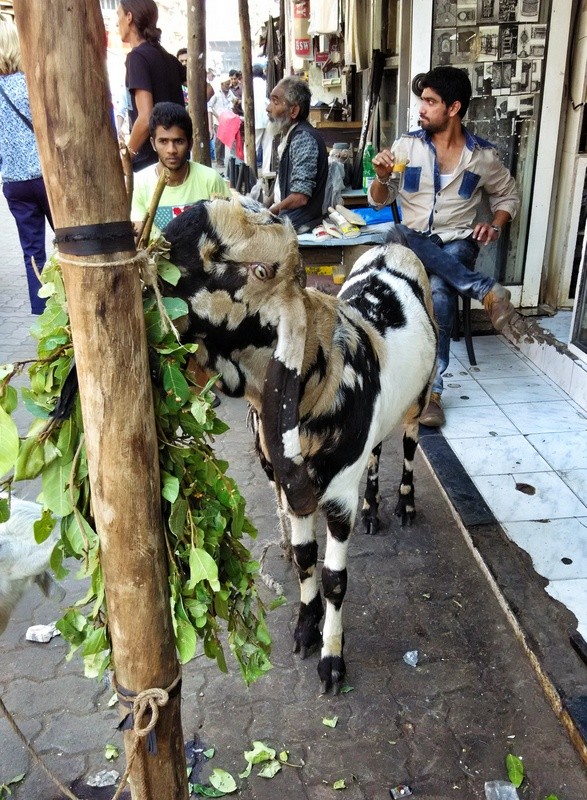 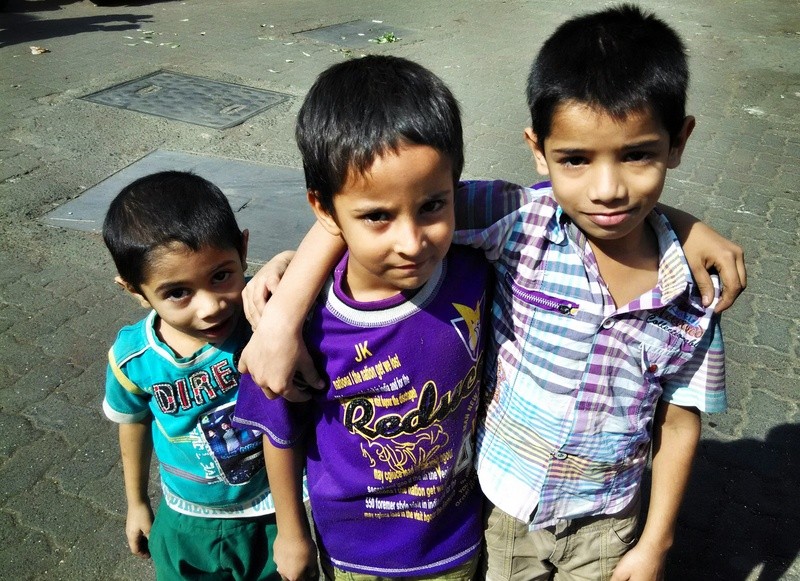 A very cool place in South Bombay (Kind of in northern Colaba but better if you drive than walk), this is known as a place to get antiques and vintage items. They say it is where you’ll find your stolen goods (chor means thief in Hindi and Marathi) but these days, it’s where interior designers come from all over the world to find ancient pieces. My parents were amazed. 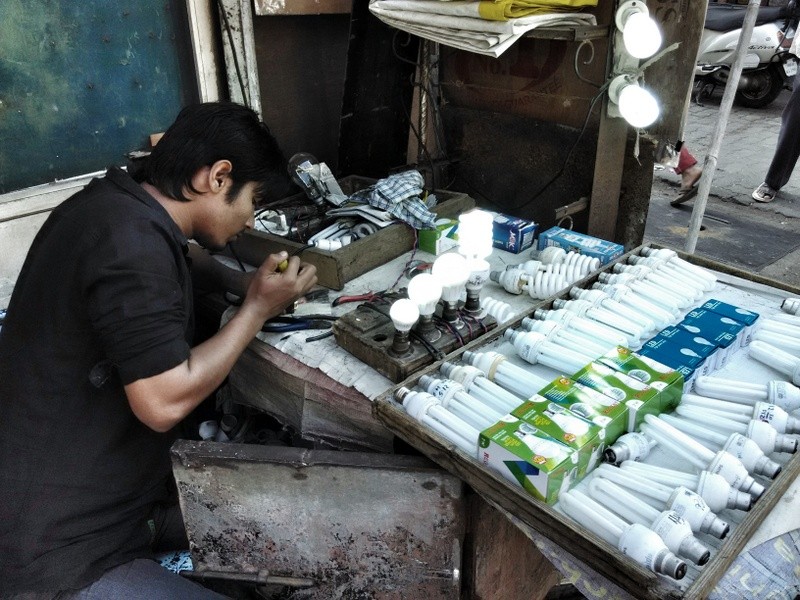 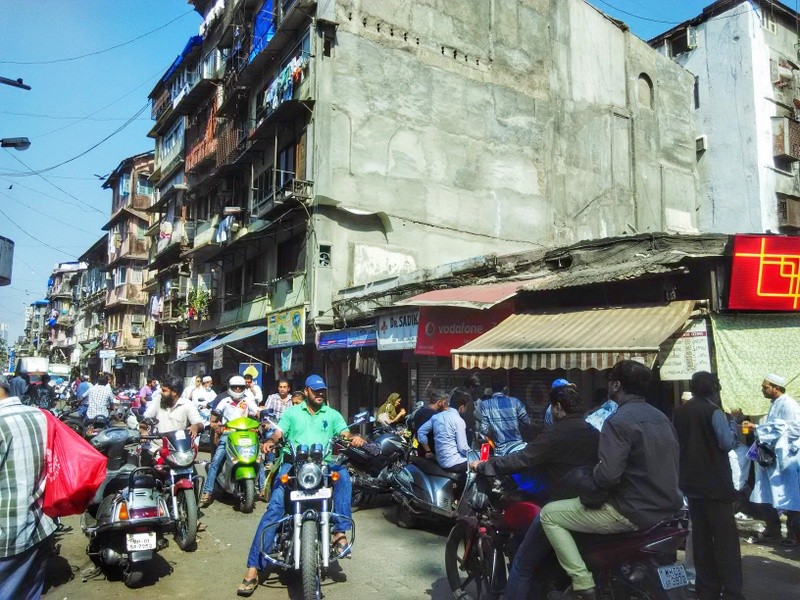 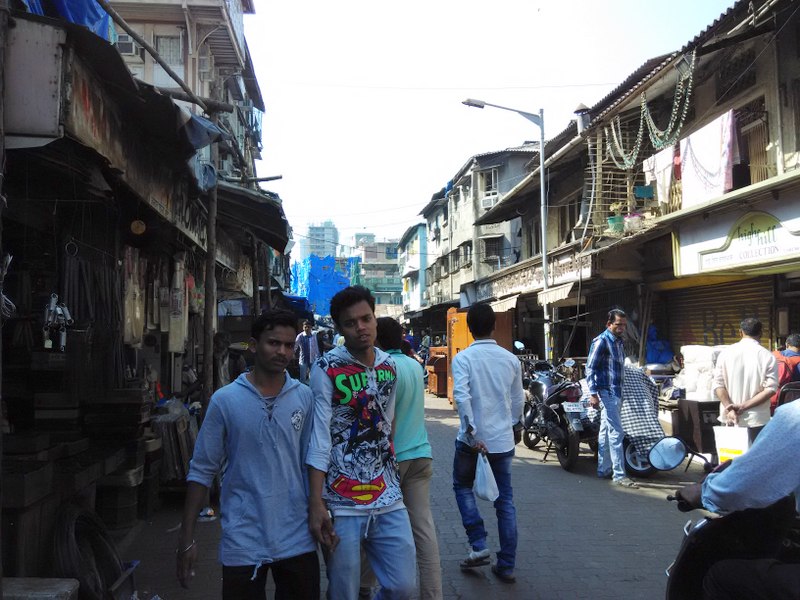 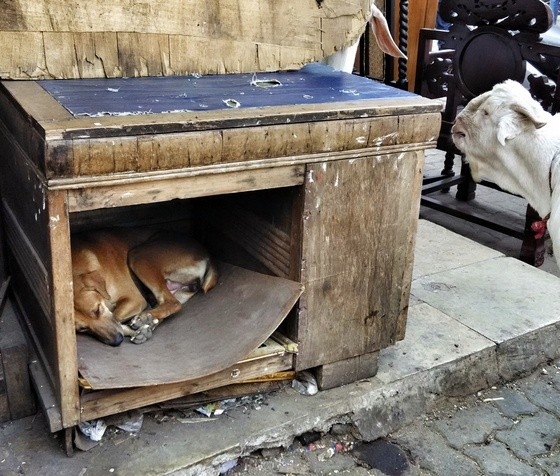 While there is loads of street food at every corner, my parents weren’t quite up for that yet since they arrived only the night before, jet lagged. If you can do street food, this is the place to try it all. Because my parents were starving from the plane and wanted to wait on the Indian, we ate at a Mexican place (the only cuisine we don’t get in Goa… I guess I had some say in this lol) called Sancho’s in Colaba. Other favorites are the Irish House in Lower Parel and Indigo Deli in both Bandra and Colaba. For dinner, I love The Table in Colaba. Here’s a list of all the best eats in Bombay. 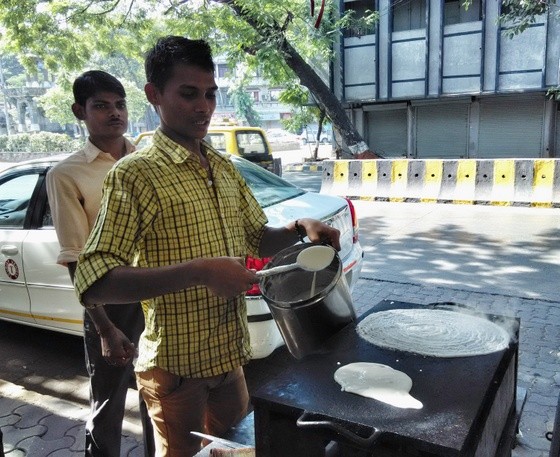 We finished all this by about 4, then my parents wanted a nap. Jet lag is real! ha! For more ideas if you have the rest of the day ahead of you, here goes: 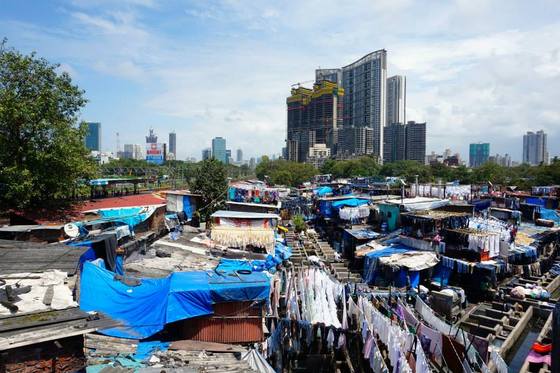 Getting ready for your trip? Pin this one day in Mumbai guide for later:

PS: Make sure to check out my article on getting started planning your trip to India. It’s a free 5,000-word blog post with all my tips from visas, to trains and hostels. Read it here. If you’re only coming to Mumbai, check out my luxury guide to Mumbai and the best restaurants in Mumbai. I also wrote a book about India, it’s a complete guide to traveling here with step by step how to plan your trip with custom maps and itineraries, experiences, shopping, tours – you name it, I’ve covered it. Buy your copy of my book here. 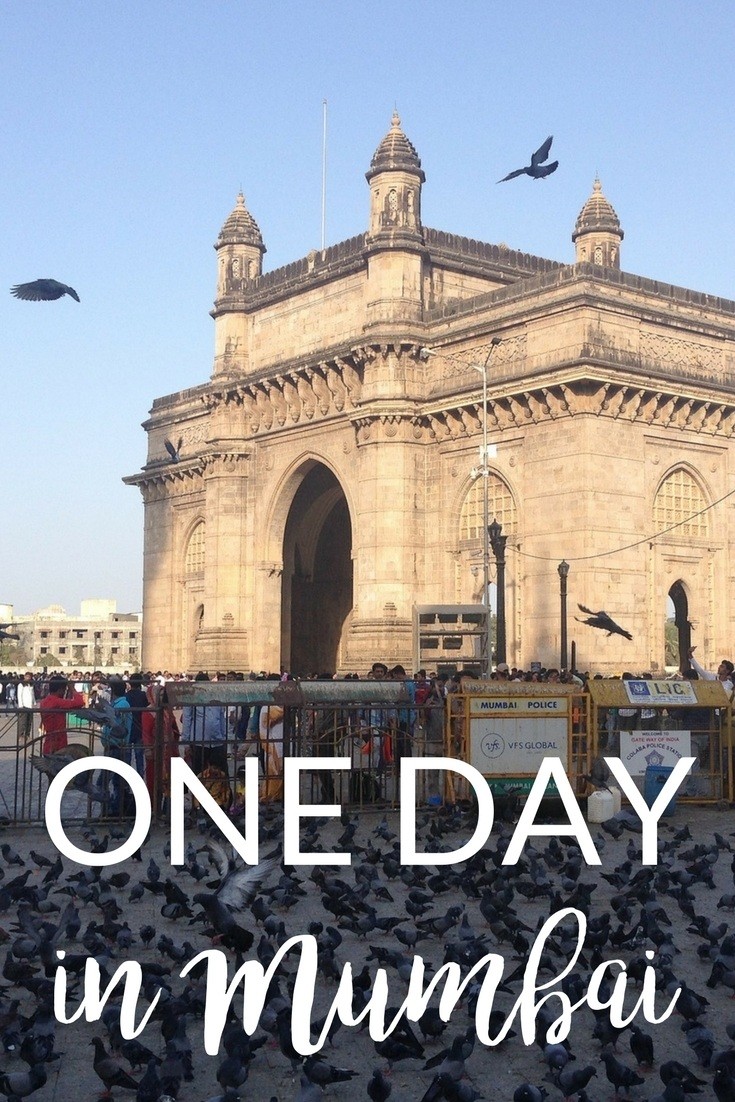